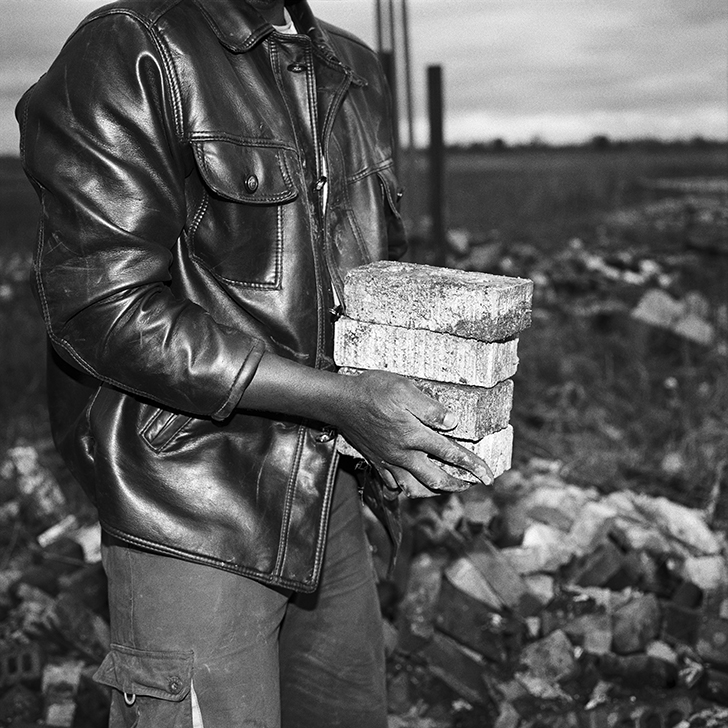 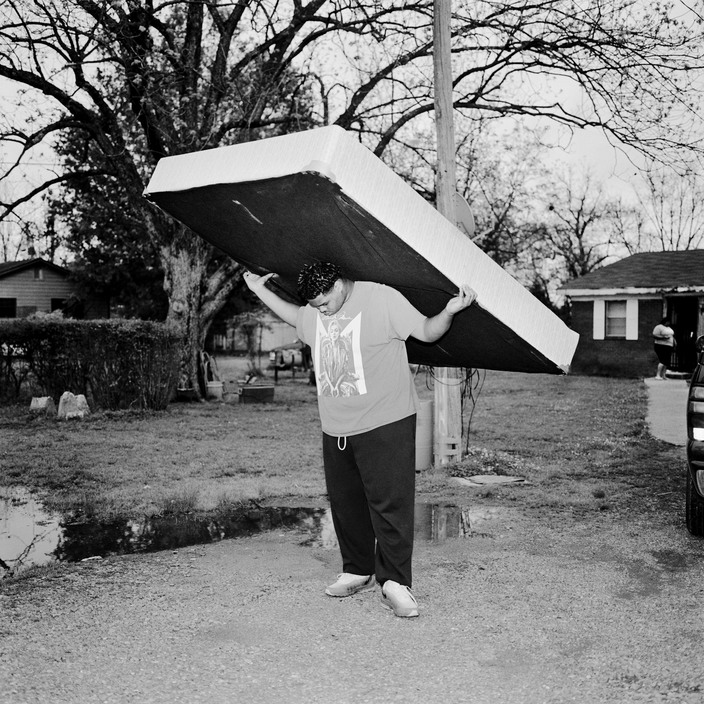 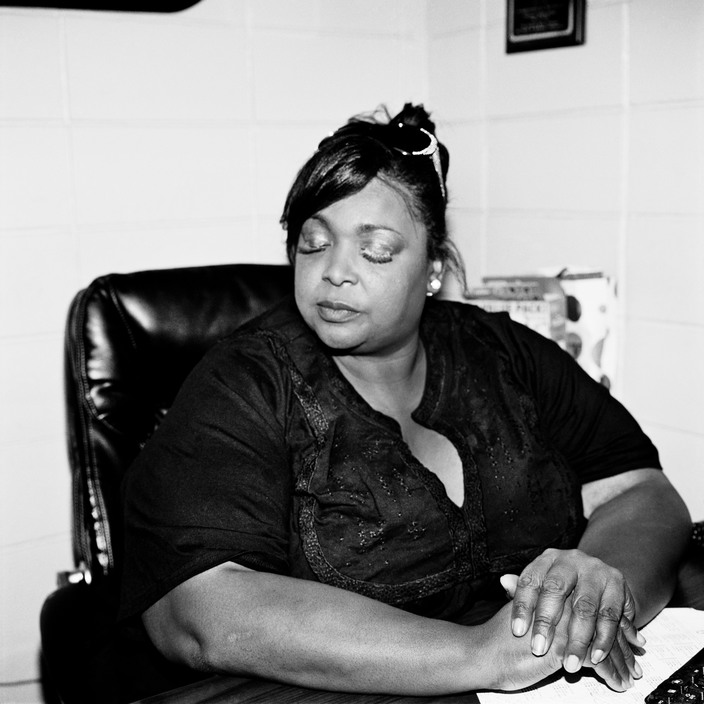 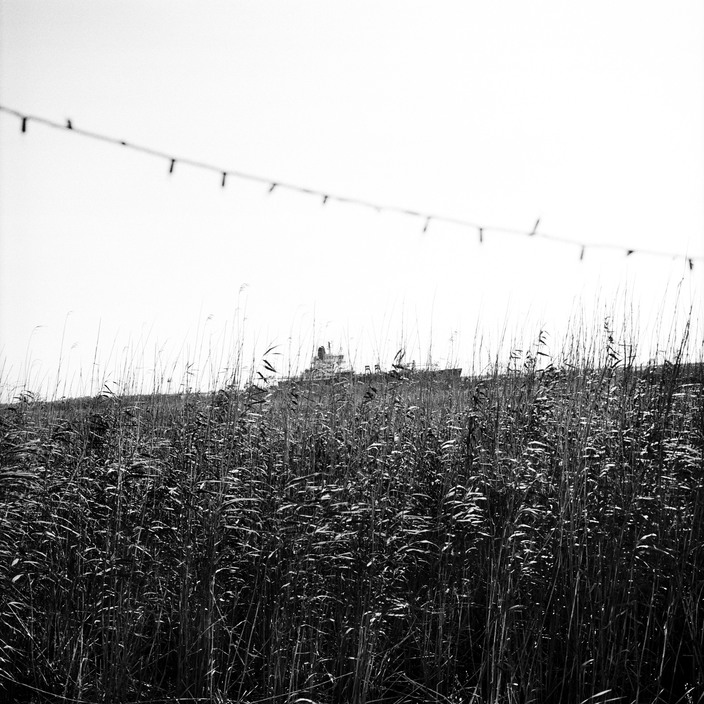 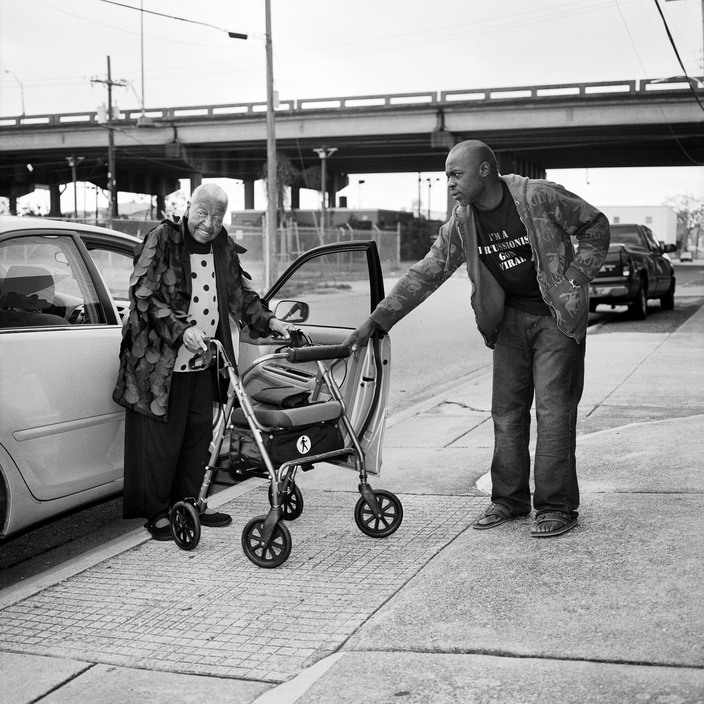 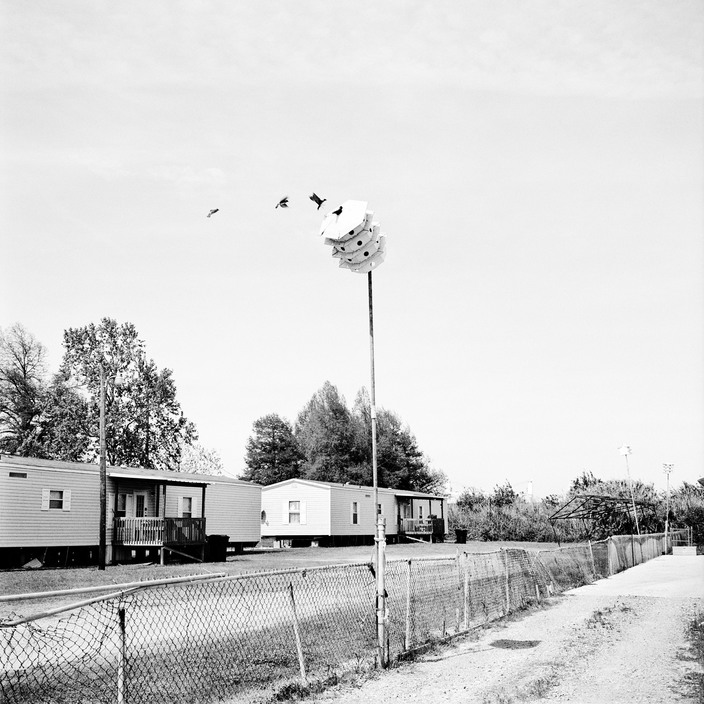 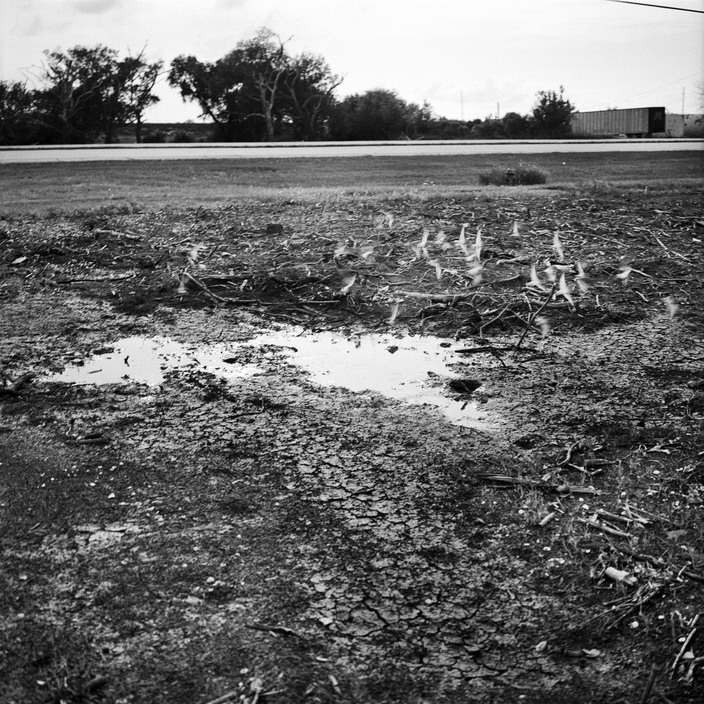 The Levee: A Photographer in the American South presents a body of photographs by Sohrab Hura in which the artist explores themes of connection, perspective, and place. The landscapes and portraits of The Levee trace Hura’s travel along the Mississippi River from its confluence with Ohio to the far reaches of the delta in Louisiana.

Hura, who lives and works primarily in India, made the pictures on a road trip he took in 2016 while participating in a loosely collaborative documentary project called Postcards from America. Echoing touchstones ranging from Farm Security Administration photography to Robert Frank’s The Americans to Alec Soth’s Sleeping by the Mississippi, Postcards fostered a reexamination of photographic perspective as well as producing rich documentary reflections on contemporary American life.

Hura’s trip along the lower Mississippi coincided with a contentious moment in American politics and social discourse, when the American South was much in the news. Yet The Levee is not a documentary account of political events or a particular social issue. Rather, it is a photographic response to being in a specific time and place, which embraces the complex effects of the human perspective and includes the layered, interpenetrating nature of emotion and point of view. Building on metaphor and personal themes of longing and connection, Hura finds a world that looks him in the eye, holds him at the threshold, and buoys up with unlikely tenderness and hope.