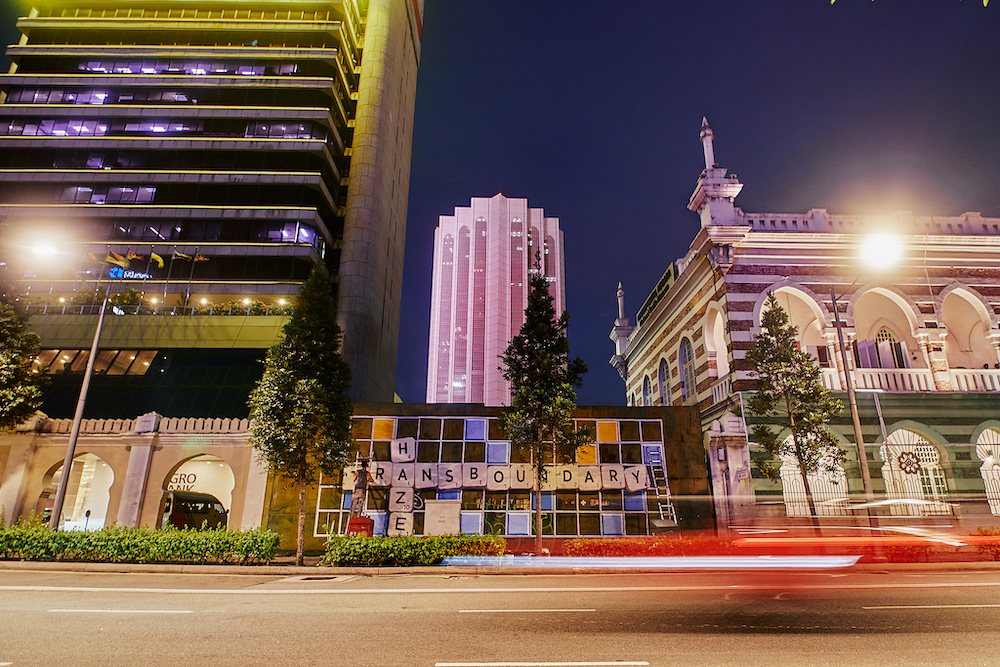 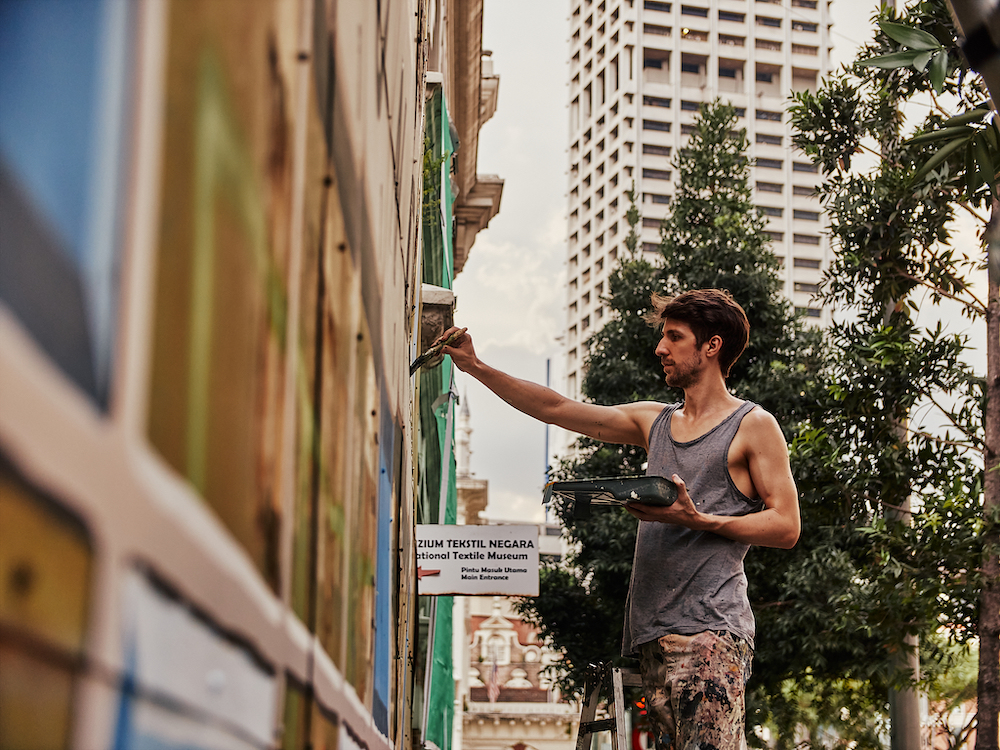 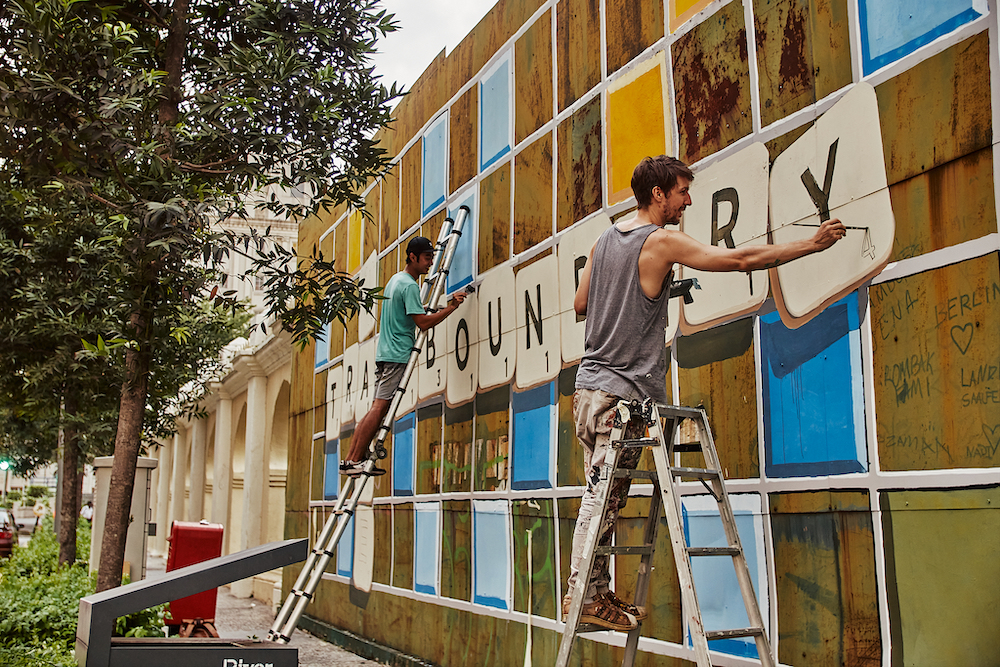 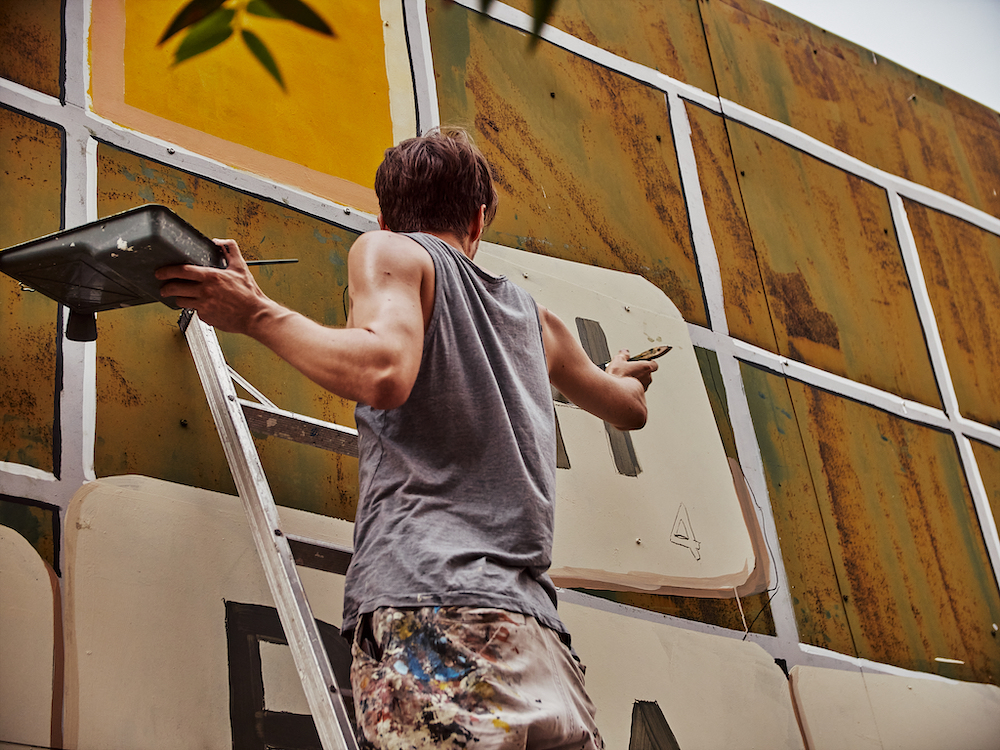 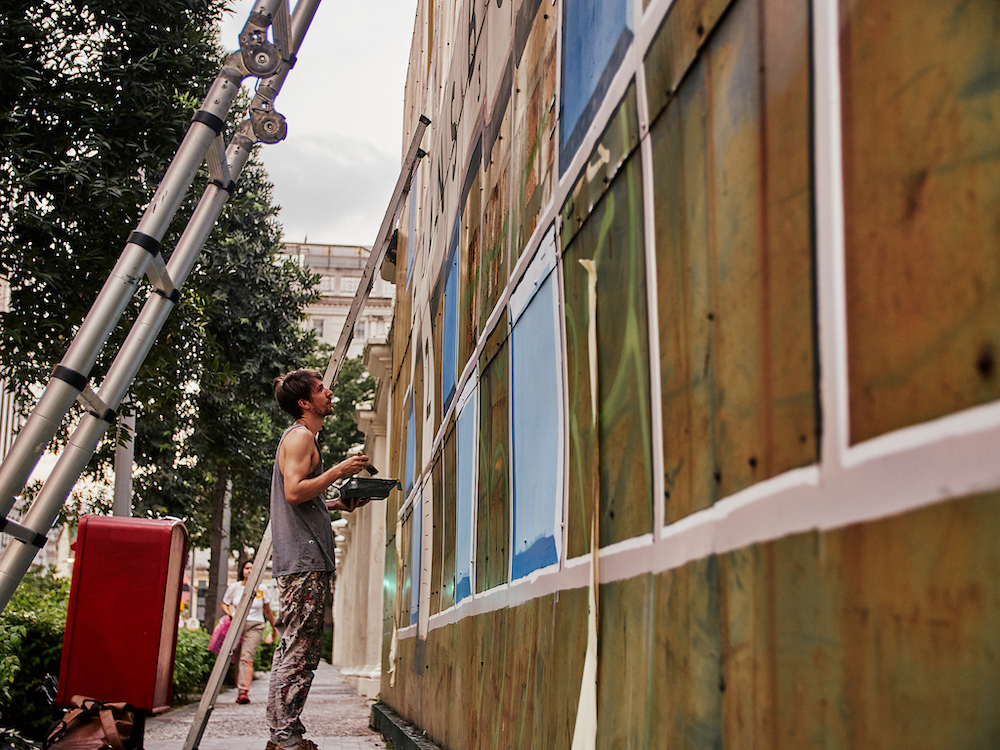 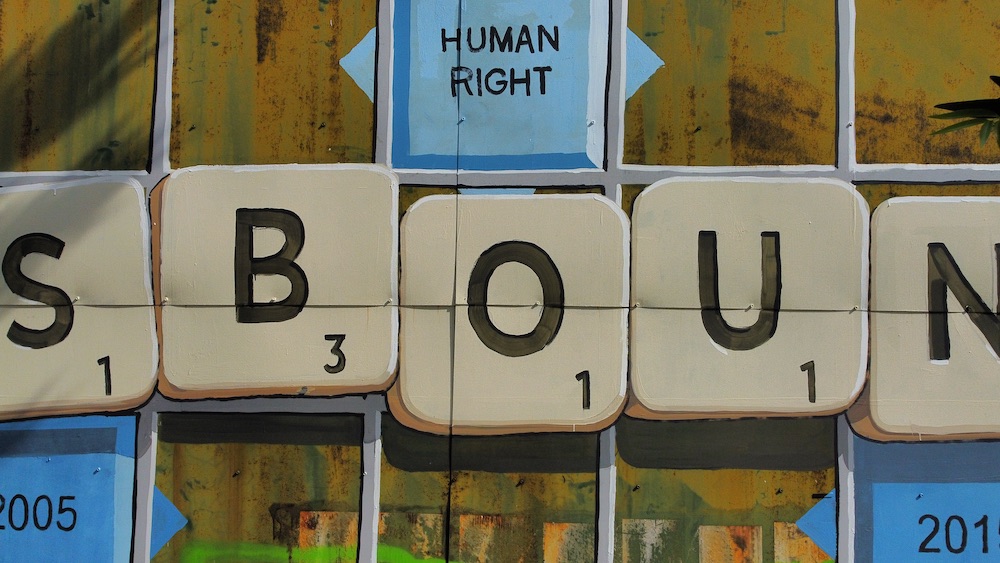 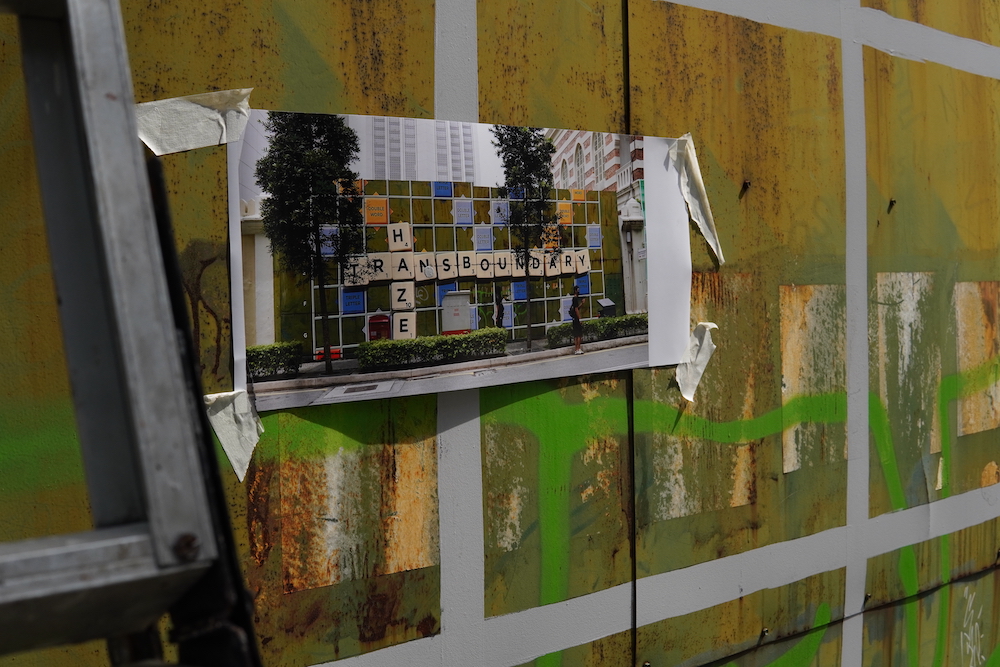 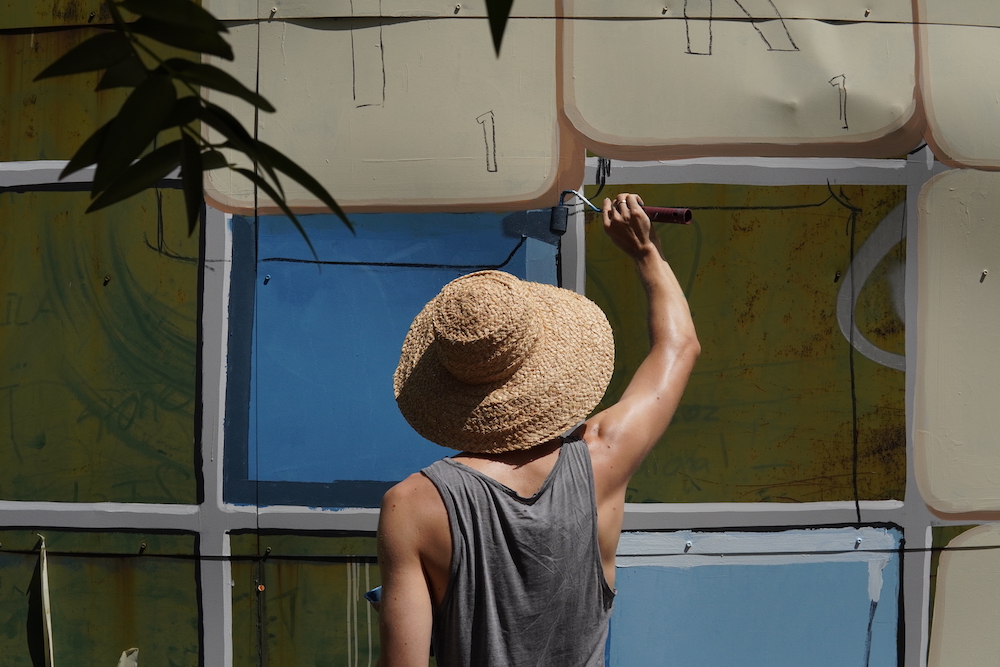 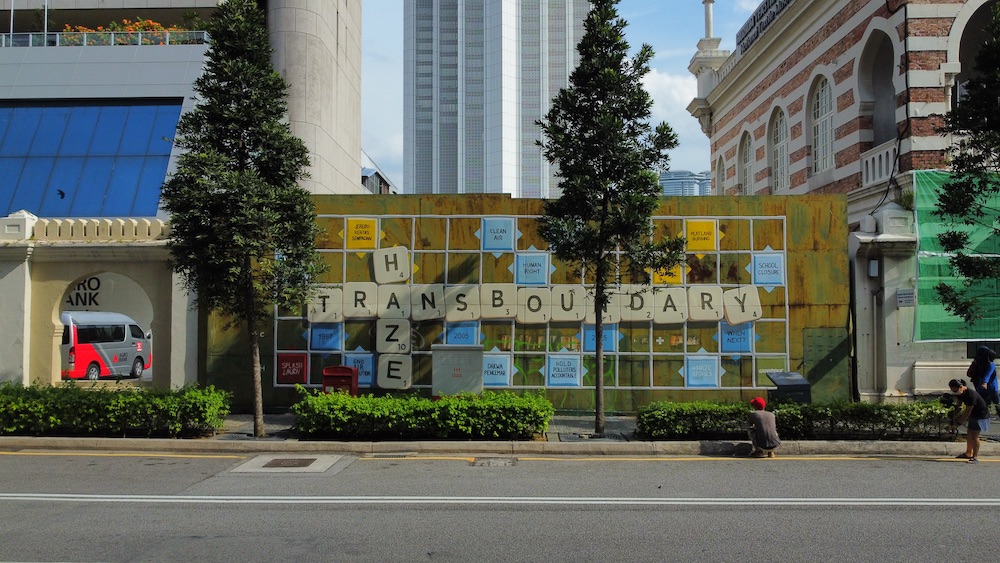 To coincide with World Environment Day, Lithuanian artist Ernest Zacharevic reveals Transboundary Haze, a new artwork in Kuala Lumpur launching a collaboration with Greenpeace Malaysia, Splash and Burn and filmmakers Studiobirthplace. The project is the first in a series of creative intervention planned throughout the year, urging those in authority to hold polluters accountable for clean air as a basic human right

Speaking on the subject Ernest explains; “living in Malaysia, the transboundary haze has become a natural part of life. It’s a regular occurrence for many and from what I can see, it seems like people are just trying to learn to live with it rather than finding ways to prevent or solve it.”

The complexity of the issue and its dire consequences have resulted in many misconceptions, with blame often passed to neighbouring countries Singapore and Indonesia. Leading the project, Greenpeace Malaysia campaigner Heng Kiah Chun emphasised that there are solutions within reach, but it requires strong actions taken by the government. “Deforestation and transboundary haze pollution happened in the region for years. This is why it is important that haze pollution and forest protection be part of the main agenda in the upcoming general election,” he said. “We must consider the harm increased air pollution will bring when we are still grappling with the Covid-19 pandemic and the economic devastation it has brought. The government should enhance air quality governance, strengthen the recognition of environmental rights – that having a clean, healthy and sustainable environment is a human right , as has recently been done by the United Nations Human Rights Council.”

In 2020, the Malaysian government shelved the tabling of the Transboundary Haze Pollution Act. Civil society organisations were calling to enact a domestic Transboundary Haze Pollution Act due to the ineffectiveness of diplomatic efforts to curb the toxic haze. According to the Meteorological Department (MetMalaysia), a rise in temperature along with the haze phenomenon is expected to hit the country from July to September this year.

Additionally, during the last hard hitting haze in 2019, the Malaysian Health Ministry stated that haze led to a rapid rise in asthma (15.8% increase) and conjunctivitis cases (24.9% increase) nationwide.

Data on haze/non-haze episodes and Healthcare Utilisation (HU) retrieved from the Department of Environment and Ministry of Health Malaysia for four consecutive years (2012–2015) showed the percentage of haze episodes recorded in all stations was higher (67%) as compared to non-haze (33%) episodes. Findings from this study indicated that haze episodes incurred a significant healthcare burden due to an increase in HU.

“We believe art can help the general public to understand and relate to the issue on a more personal level," Zacharevic said. "We hope it can start the conversation and encourage policymakers to address the issues meaningfully. We should not have to wait for another haze season to look for solutions.”