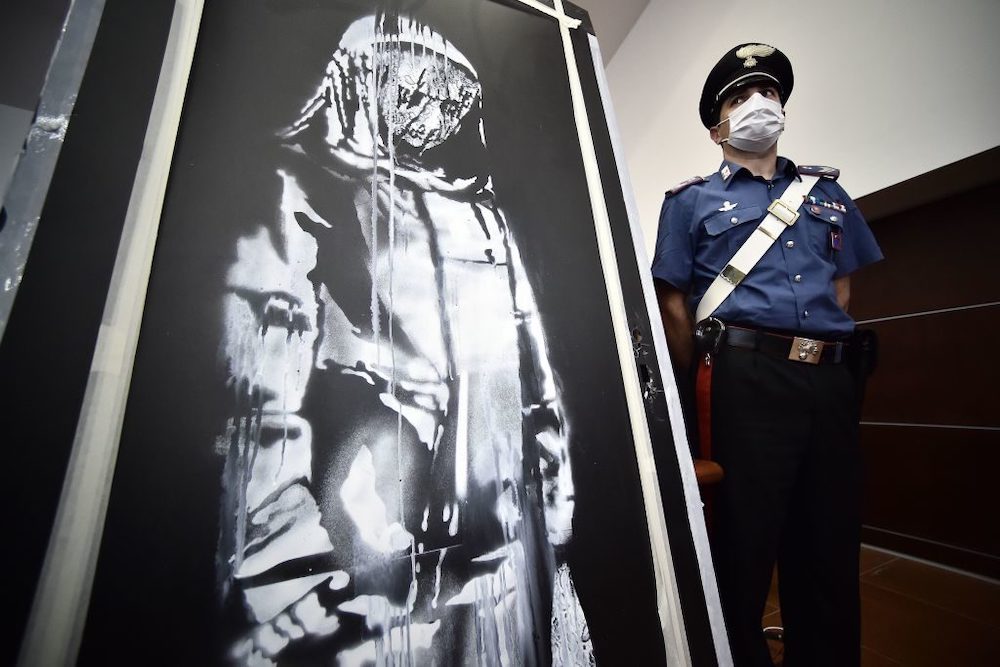 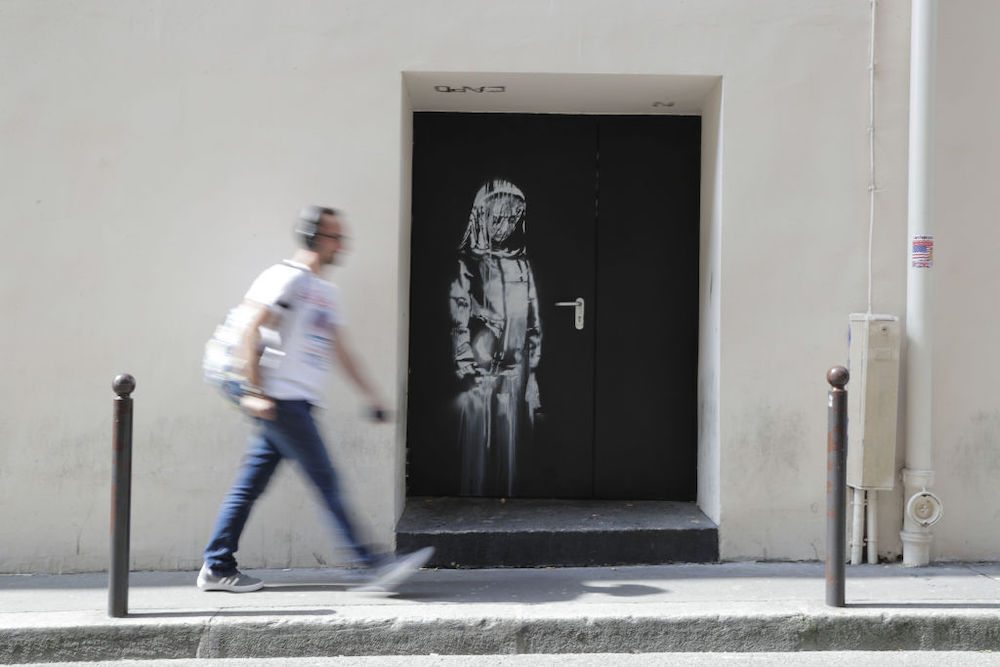 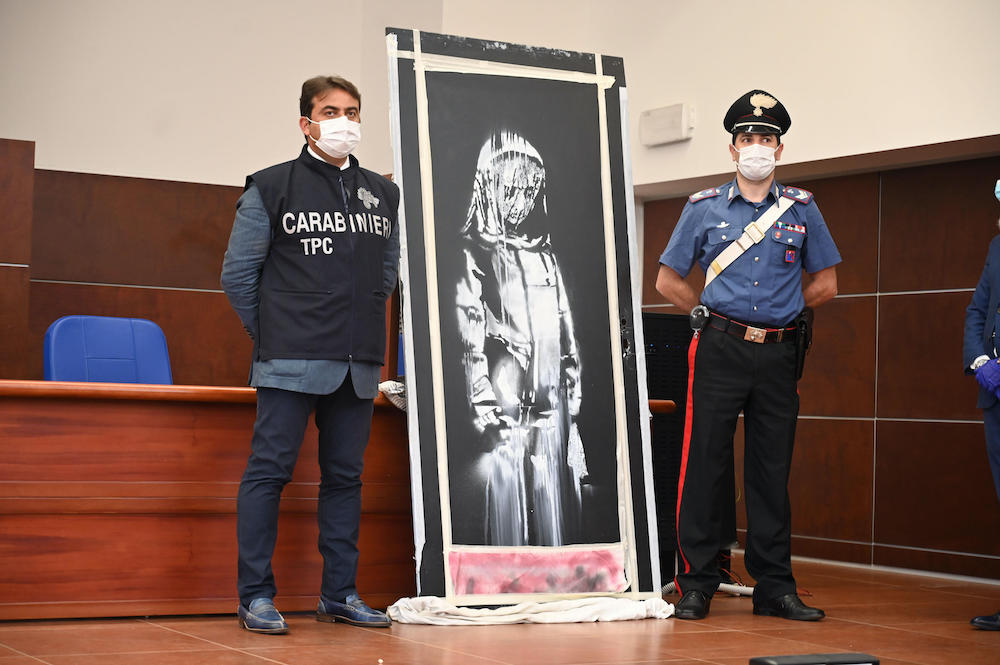 We have covered art heists on this site before with an almost begrudgingly awed impression: stealing art from a musuem, a van Gogh perhaps, just has a bit of a cinematic storyline to it. But in the case of Banksy's 2018 mural at the Paris venue, the Bataclan, made as a tribute to the victims of the 2015 Paris terrorist attack there, the removal of the mural last year was not so much a heist as it was an ongoing conversation about the removal of the elusive aritst's works from the streets around the world. Who does the work belong to, and what does its removal mean to the work itself, out of context of its original location? Also, is it a good use of resources and public money to spend months trying to find the work again?

Earlier this month, the work was recovered in an Italian farmhouse and six people were arrested in connection with the thievery. As ArtNews reported, "On June 10, French police in collaboration with Italian authorities discovered the stolen mural in the attic of an abandoned farmhouse in Italy’s Abruzzo region. The six suspects were arrested across France in a coordinated operation spearheaded by Paris police."