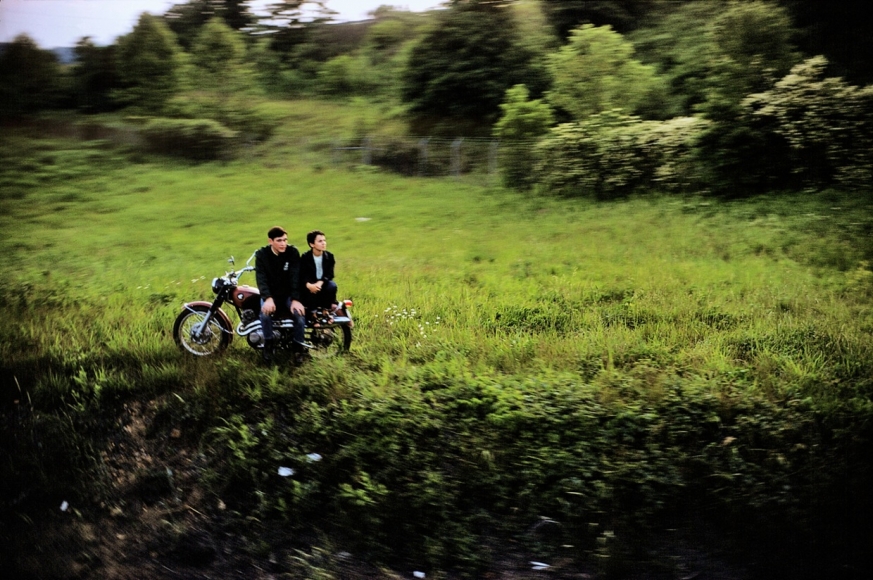 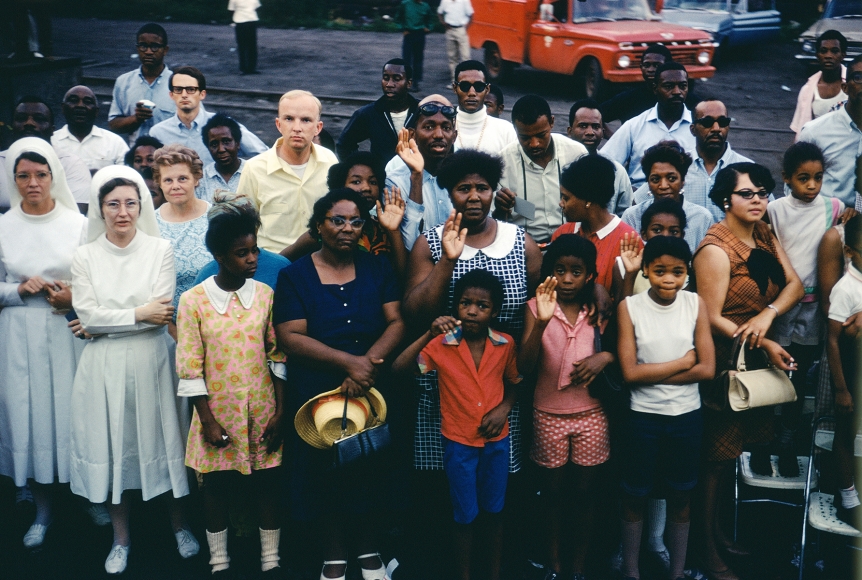 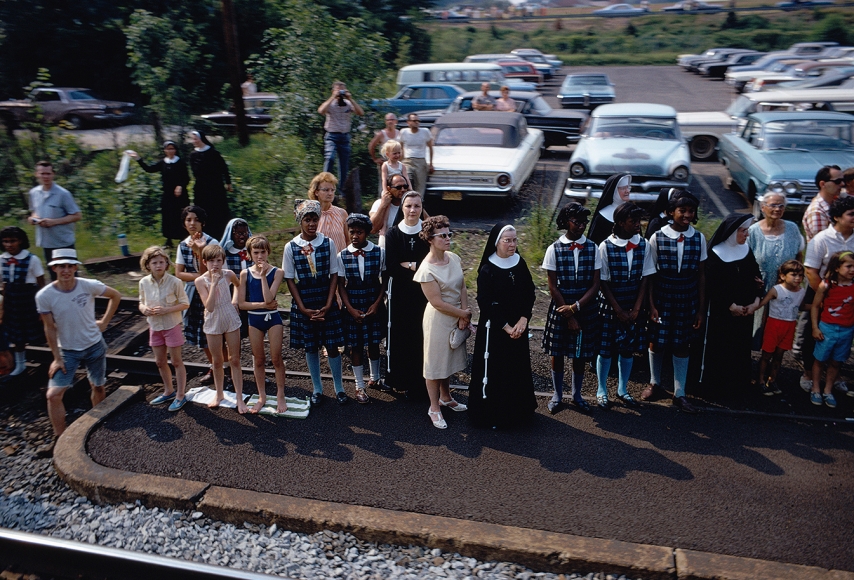 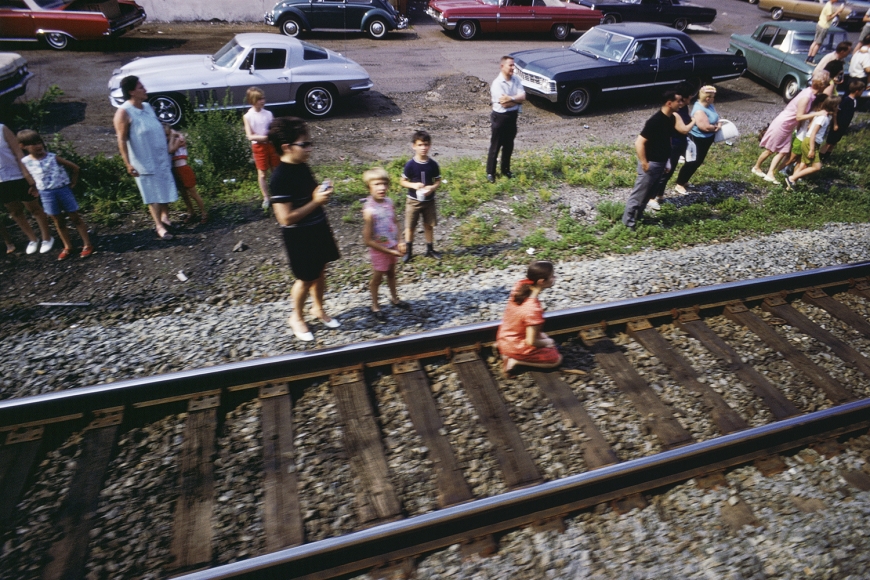 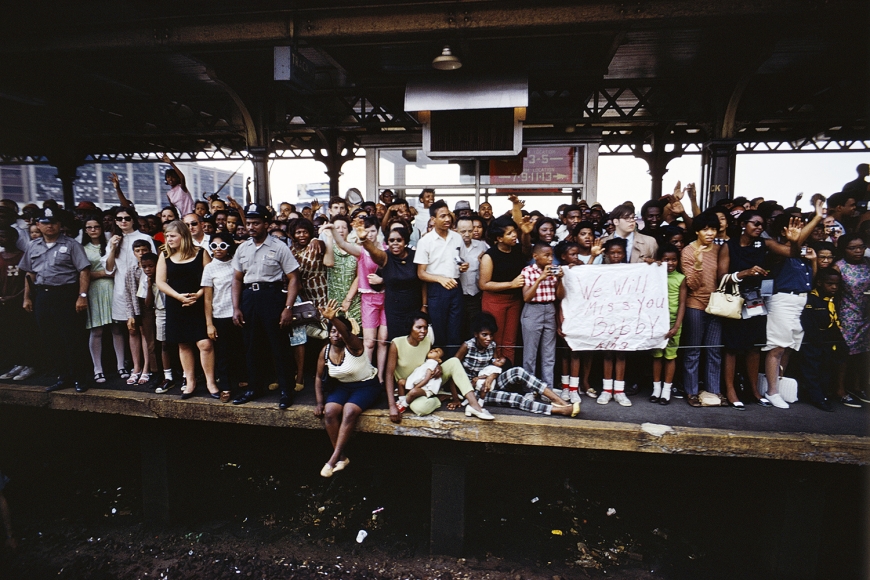 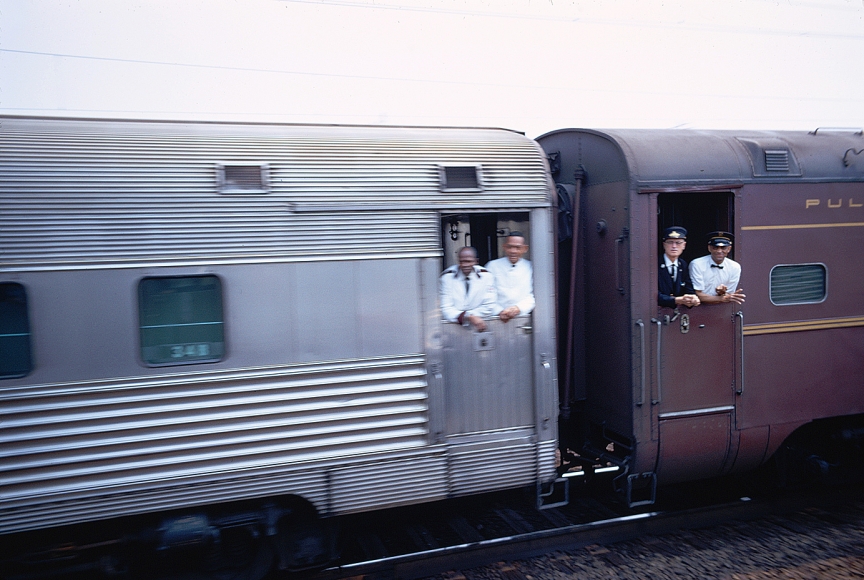 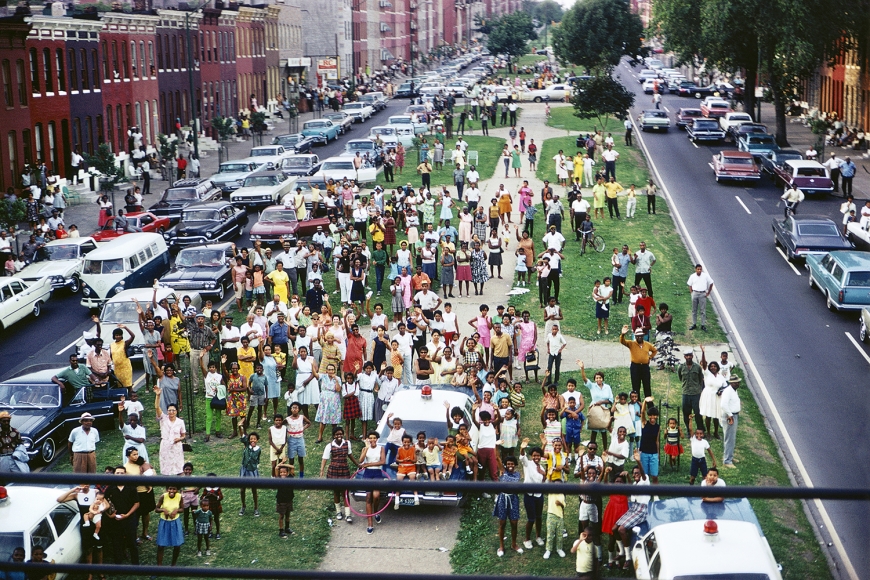 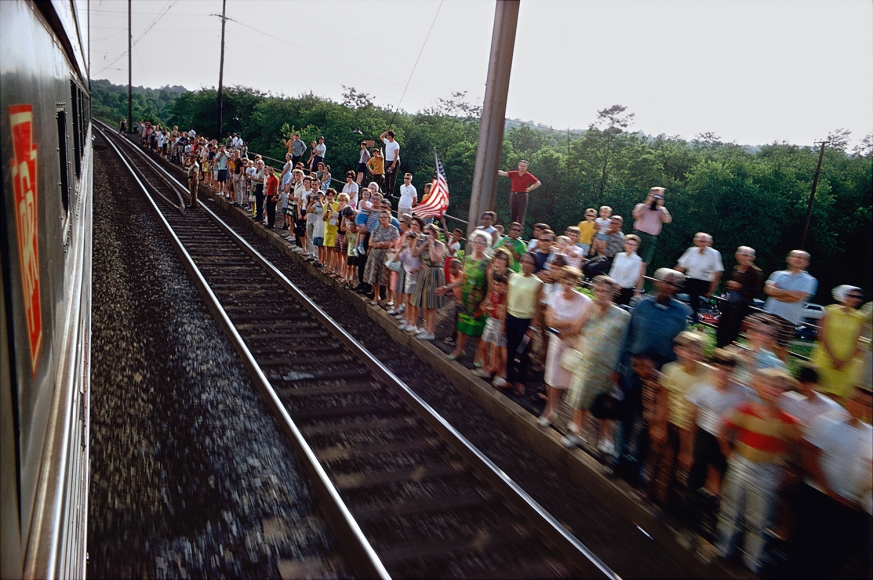 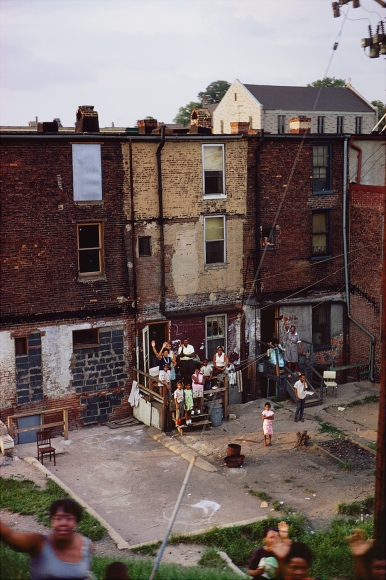 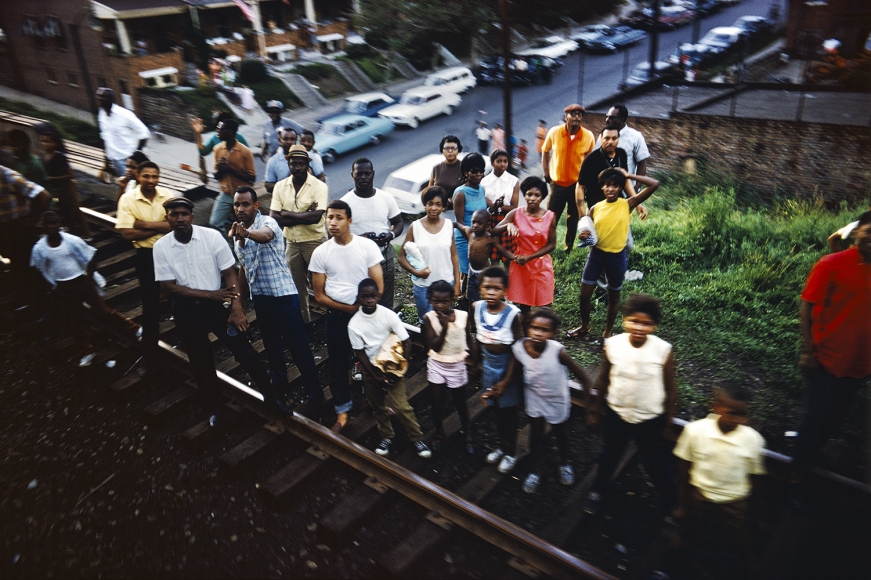 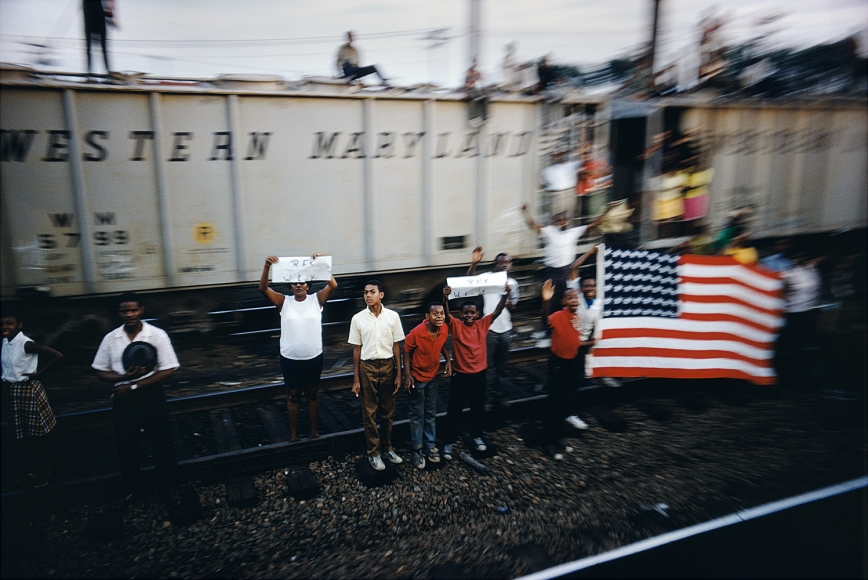 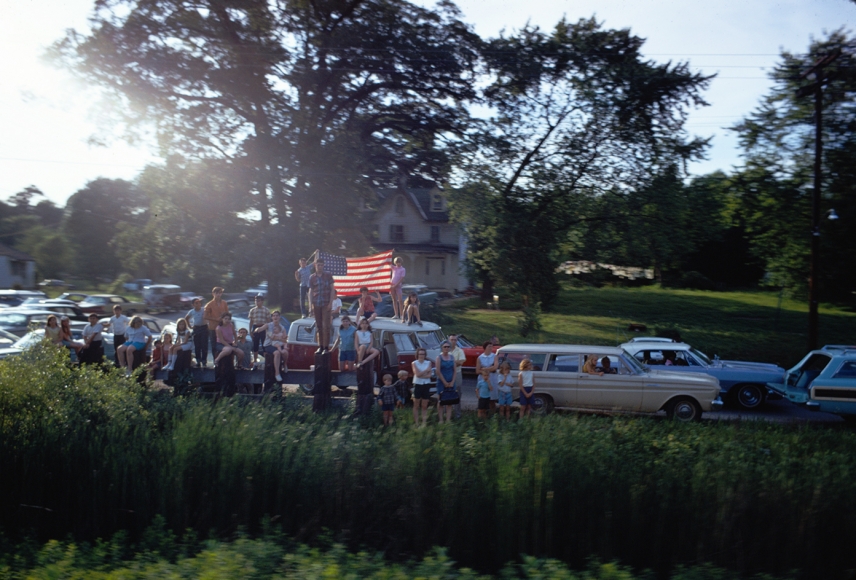 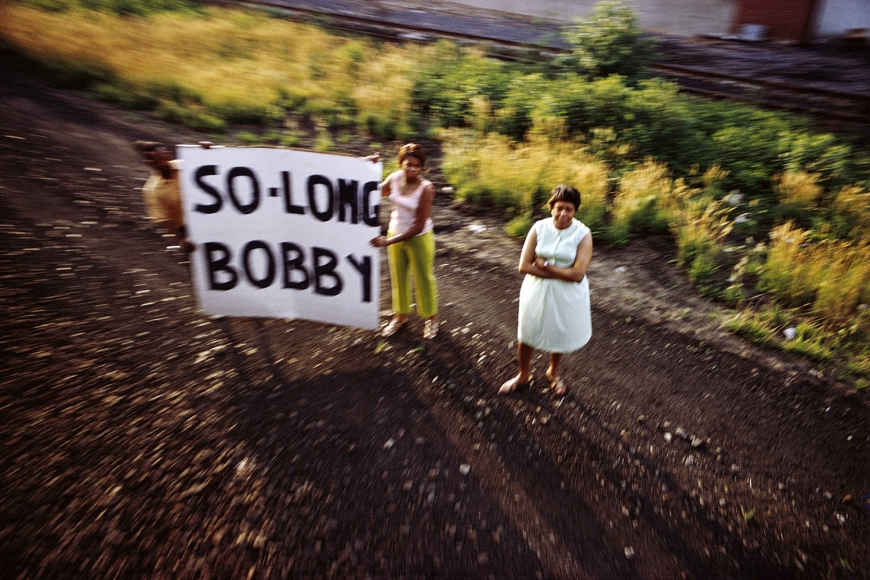 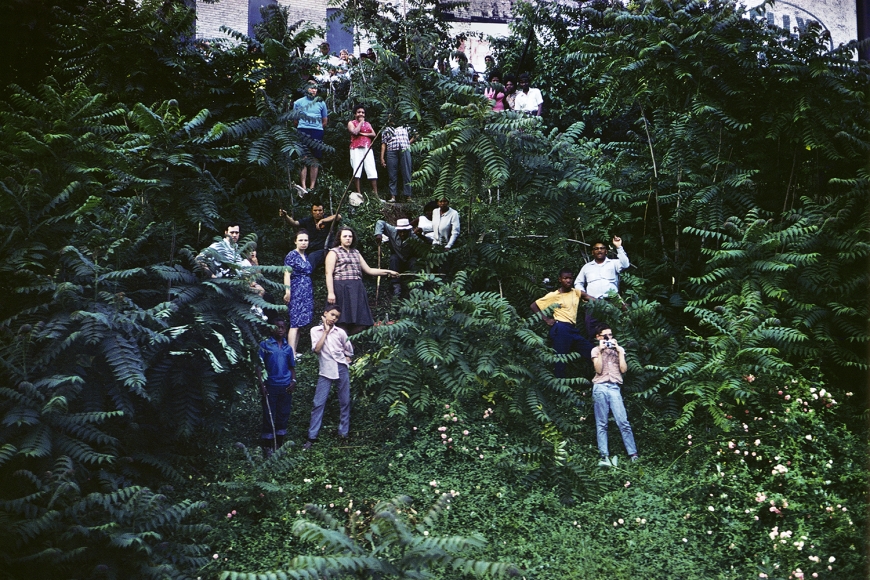 In the years since they were taken, Paul Fusco’s iconic “RFK Funeral Train” photographs have become an iconic series in photography. While in some ways they represent the end of the dreams of the sixties, at the same time they celebrate the idealism and diversity of America.

Hastily arranged, Robert Kennedy’s funeral train took place on June 8th – a sweltering early summer day. Paul Fusco, then on staff for LOOK Magazine, was given a place on the train taking RFK’s body from New York to Washington, where he was to buried at Arlington next to his brother. Along the tracks, hundreds of thousands of mourners came out to pay their final respects and for the eight hours it took for the train to make the usually four-hour journey Fusco never put down his camera except to reload film shooting approximately 2,000 pictures.

The resulting images are one of the most powerful and affecting series of photographs ever taken. Shot on Kodachrome film – a film with a particularly vibrant palette favored at the time by photojournalists – Fusco's pictures blend the spontaneous look of snapshots with artistic precision of the decisive moment.

Each photograph carries its own weight and tells its own story, but cumulatively the series is an epic vision of America.