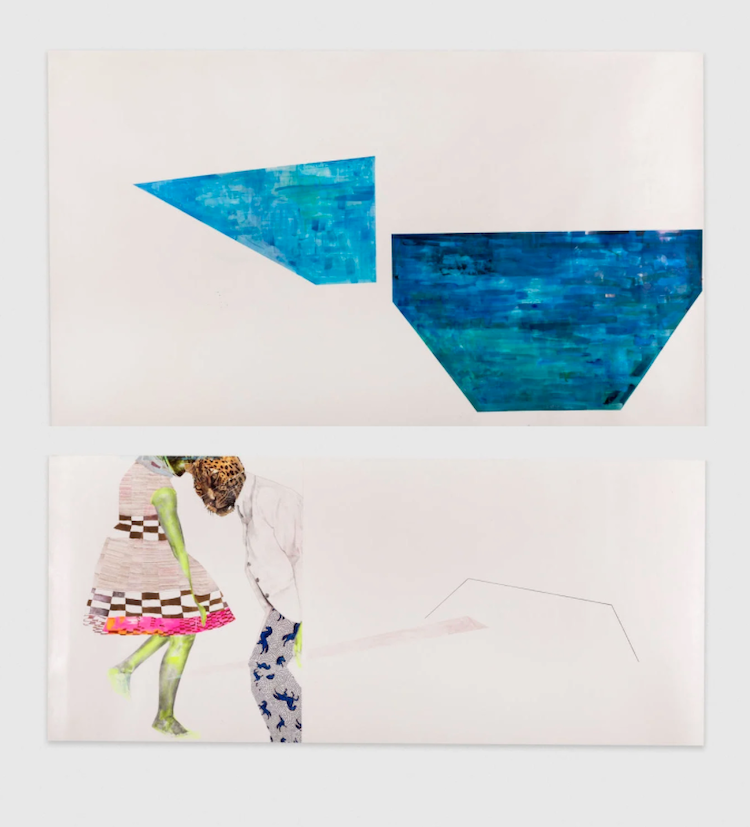 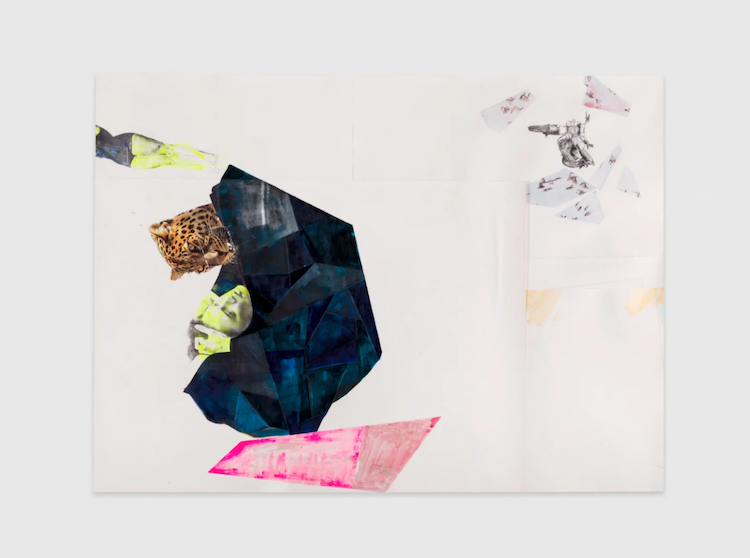 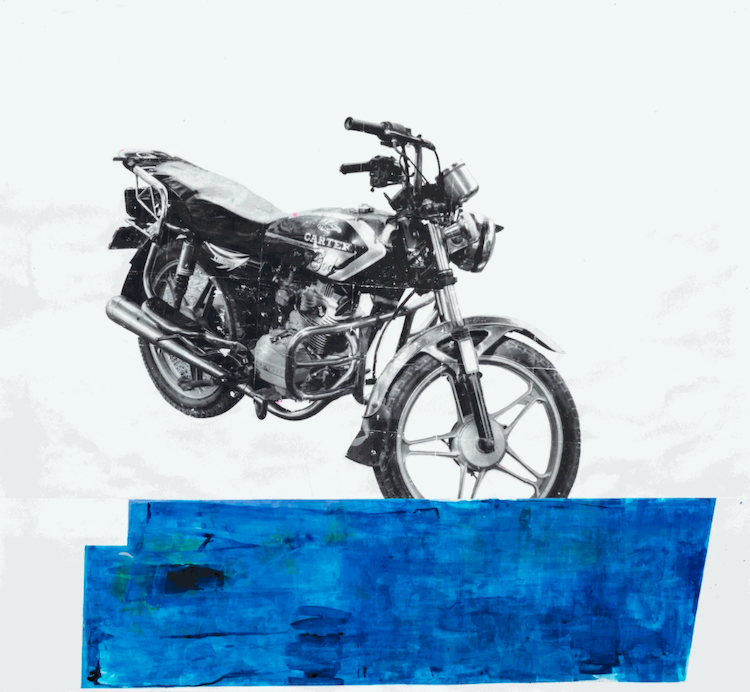 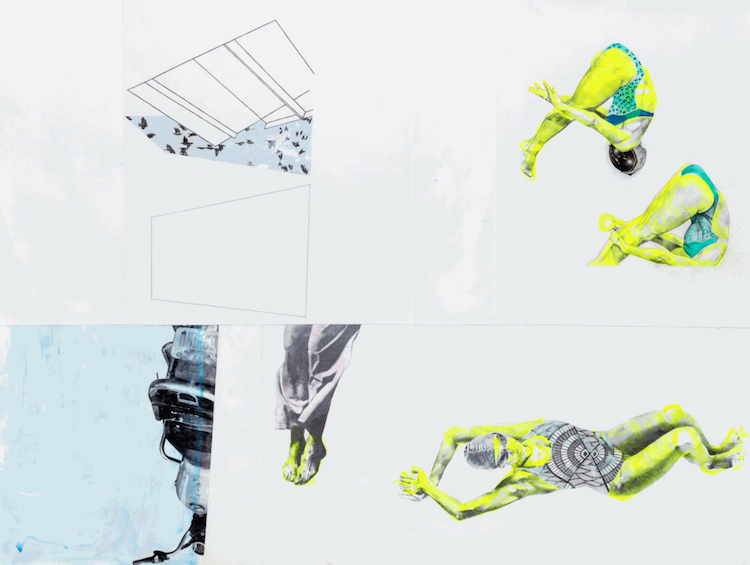 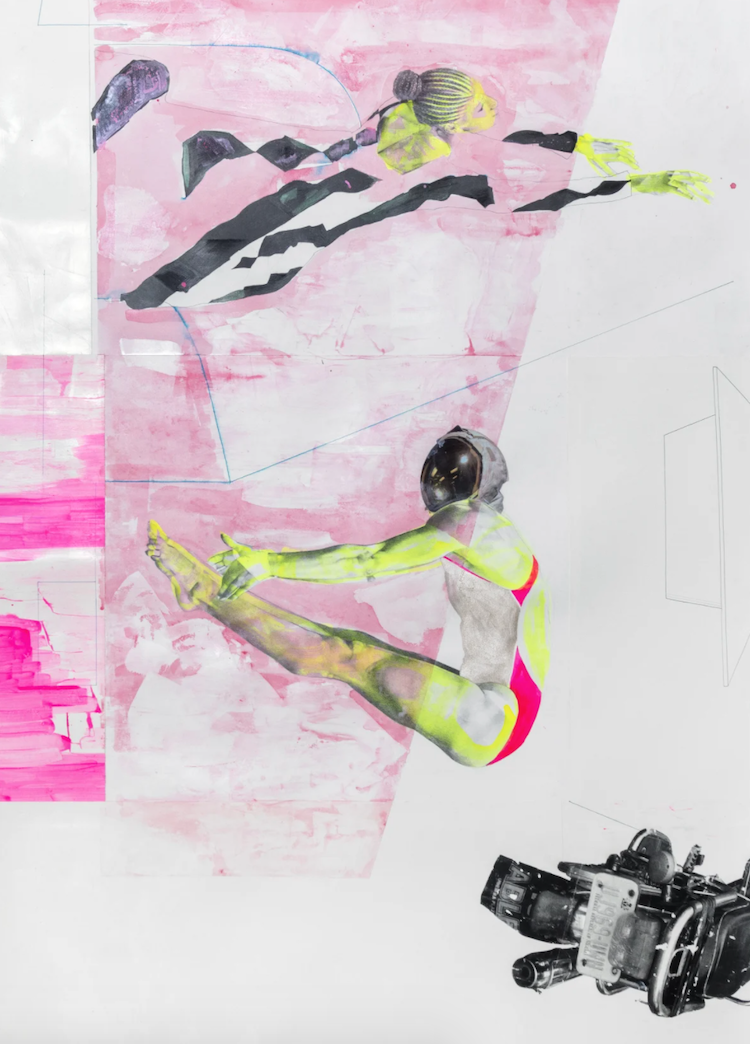 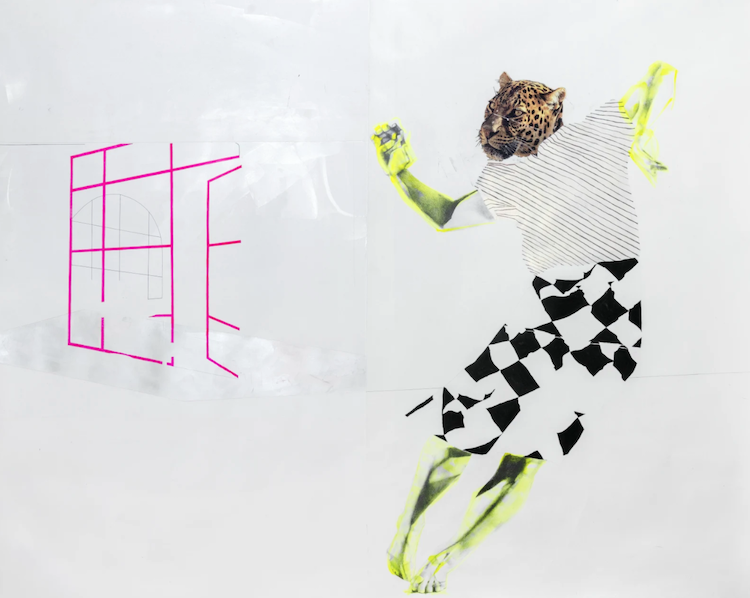 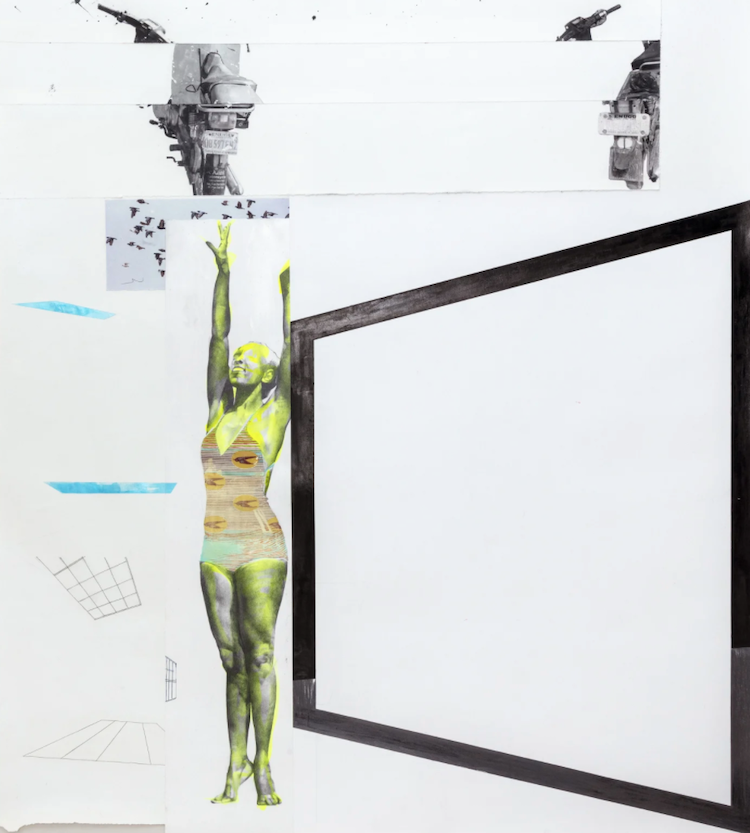 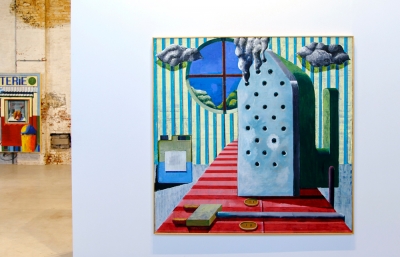 Mariane Ibrahim is pleased to announce the first solo exhibition with ruby onyinyechi amanze, THINGHOOD. The show will be on view from May 7 – June 19, 2021 and will present seven new drawings. To make these works, over twenty-five different drawings were created, then cut and systematically reassembled into their finished form.

amanze is currently working with a newly reduced capsule of seven recurring elements that include: swimming pools, ada and audre - who masquerade as swimmers/divers, dancers and pseudo lovers - windows and other architectural references, okada [motorcycle taxis], pigeons in flight and the paper itself. amanze speaks lovingly of each of the elements as individual forms. Now having isolated them from their former cohort, they take on new meaning as the ones that stayed. Human-like beings and inanimate objects ultimately share the same function; flat forms that interact and move [play] in endless configurations to create a multi-dimensional and therefore, illogical space.

amanze’s drawings are an illusion; a suggestion of an expansive unnamed world situated between nowhere and everywhere. Primarily using graphite, fluorescent inks and photo transfers, each layer of space within the drawing has, with calculation and spontaneity, been negotiated, constructed and ultimately invented.