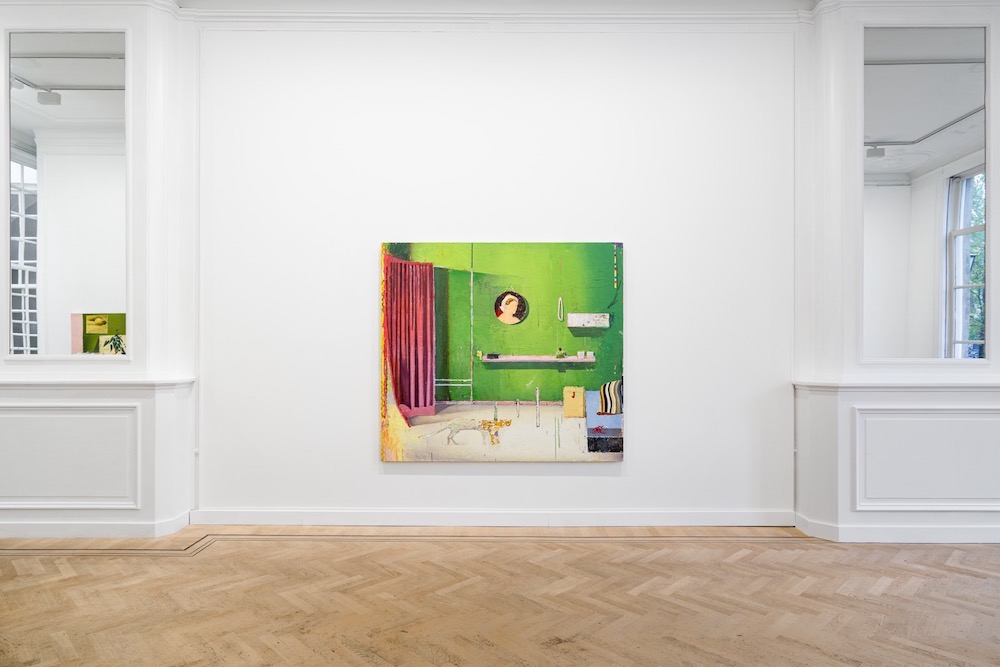 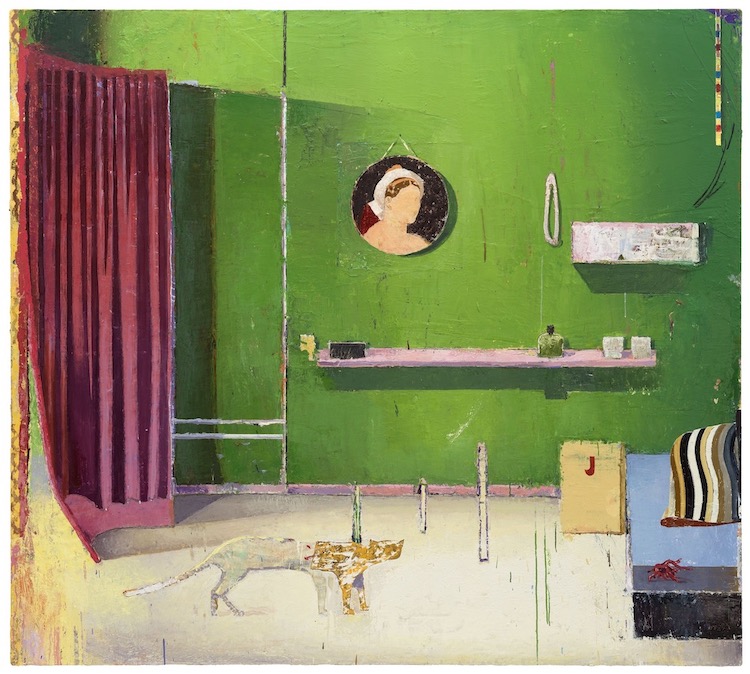 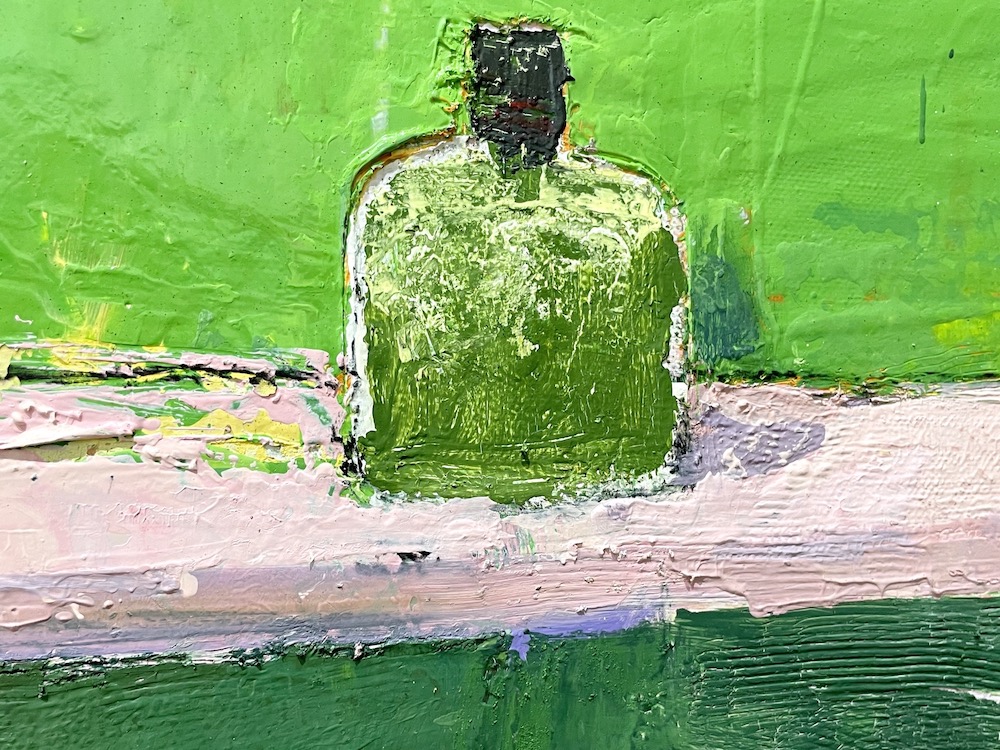 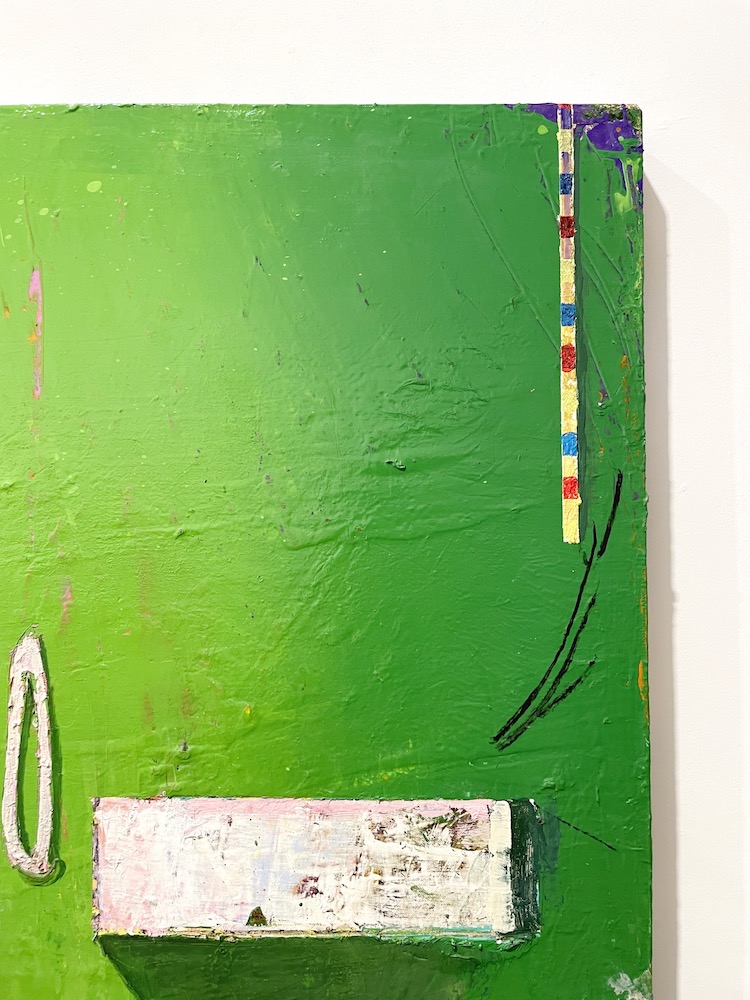 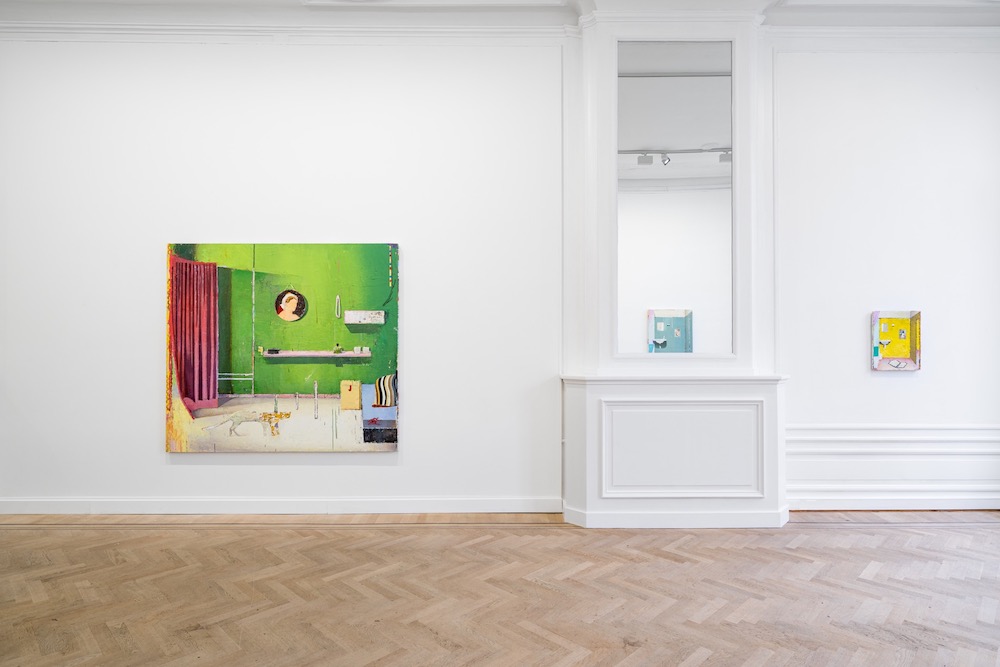 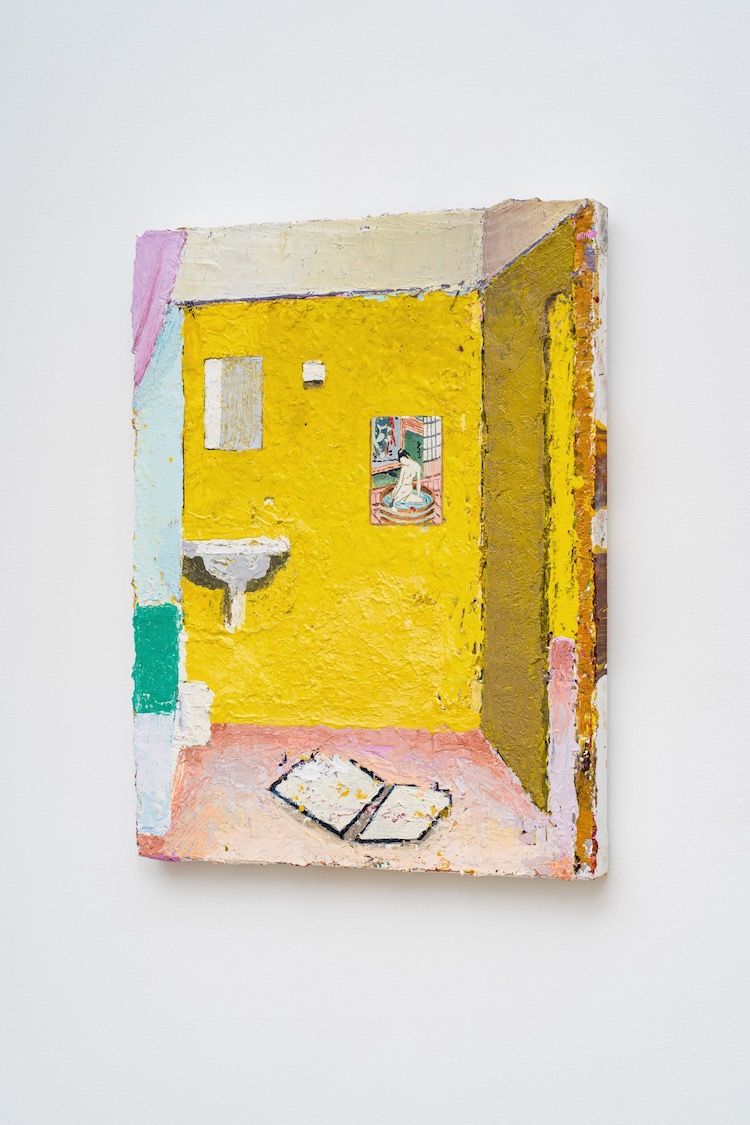 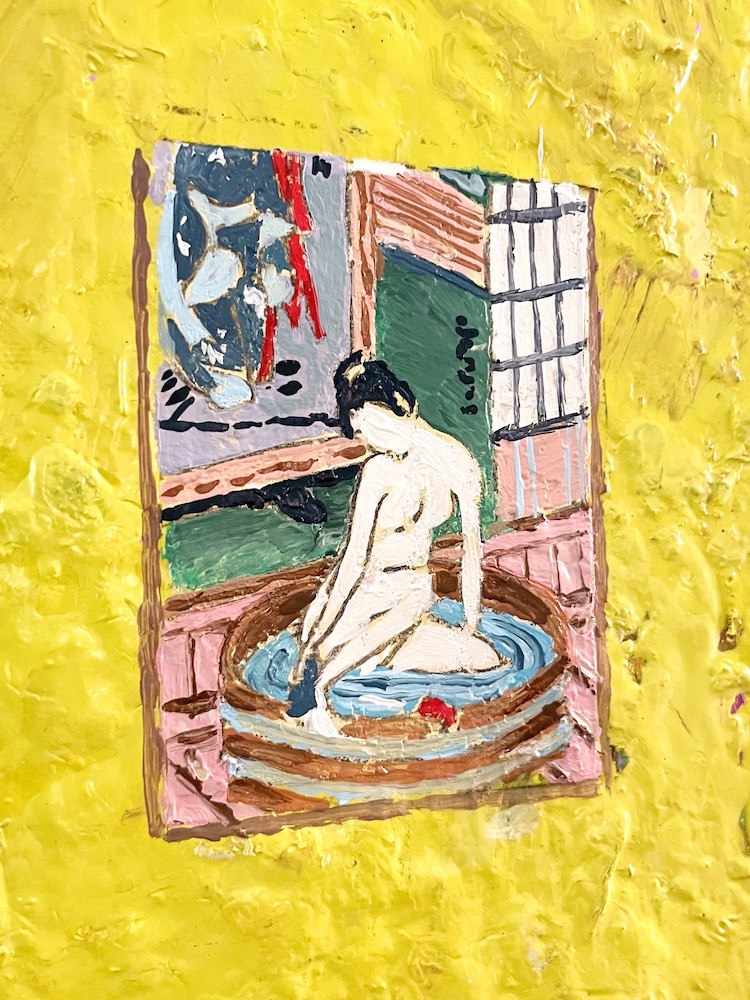 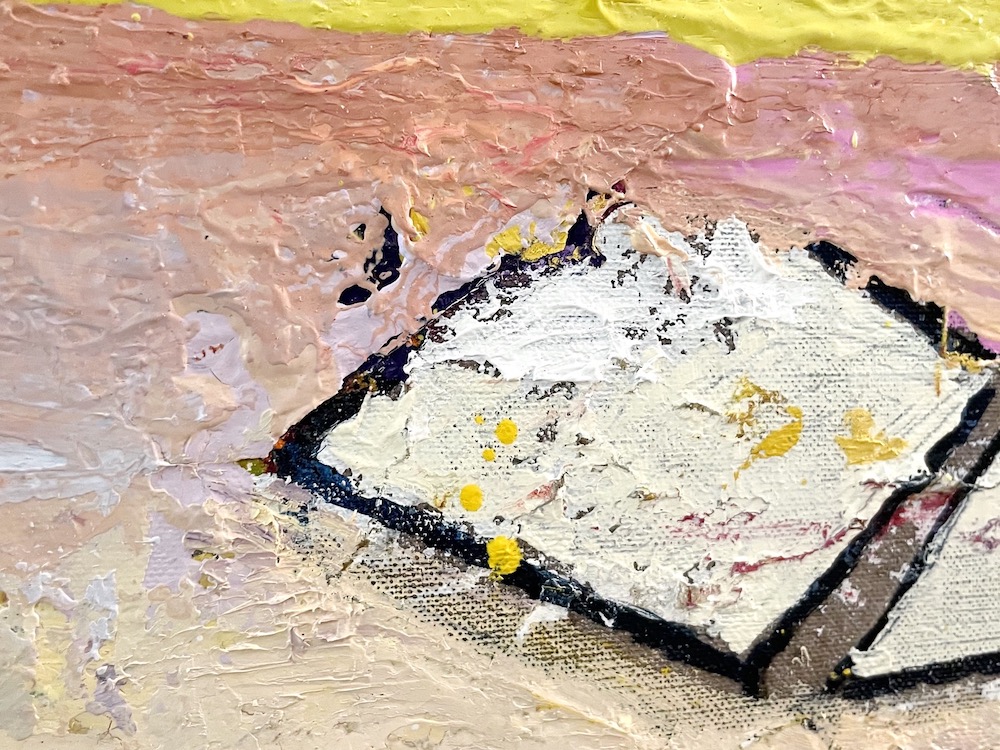 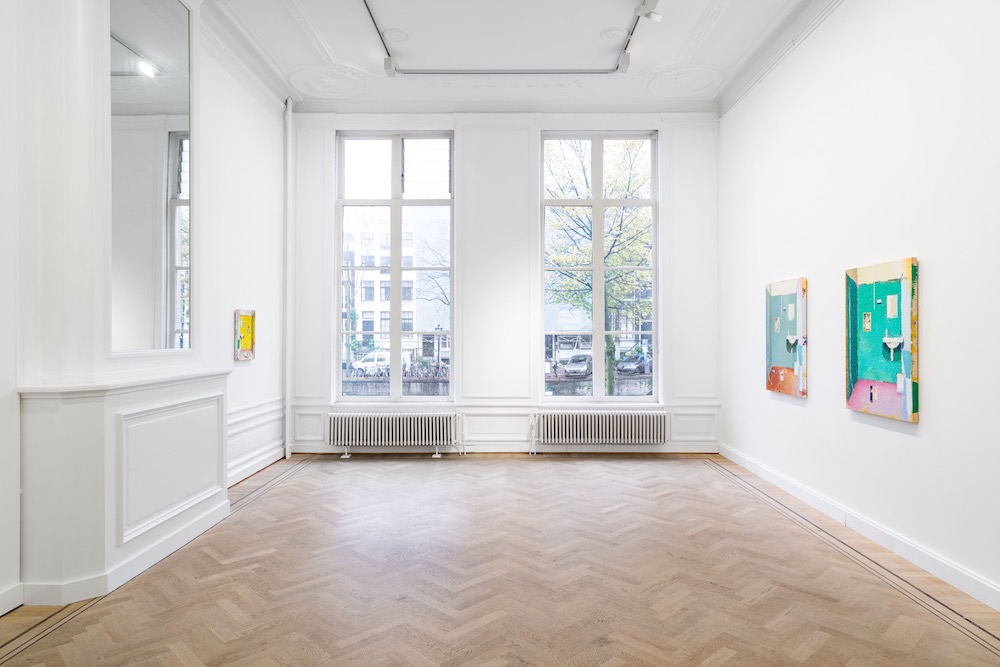 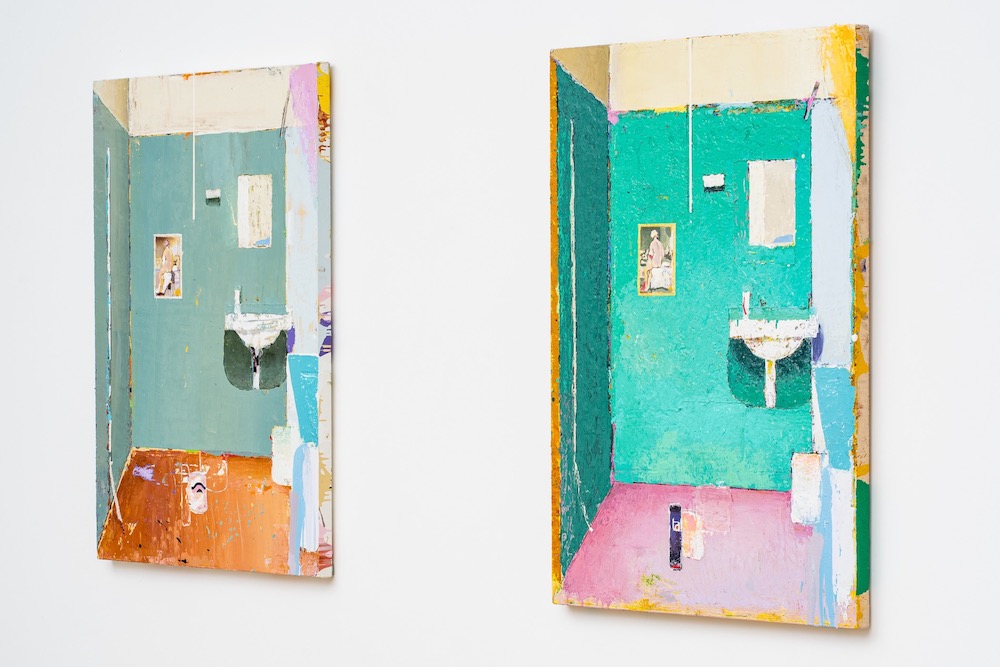 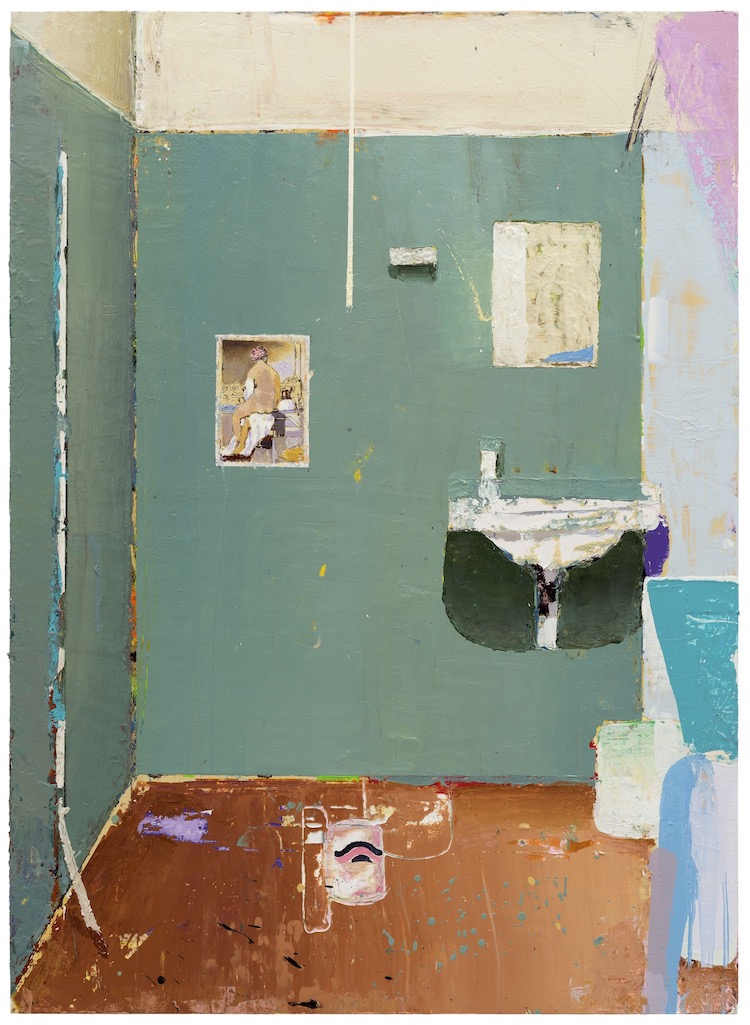 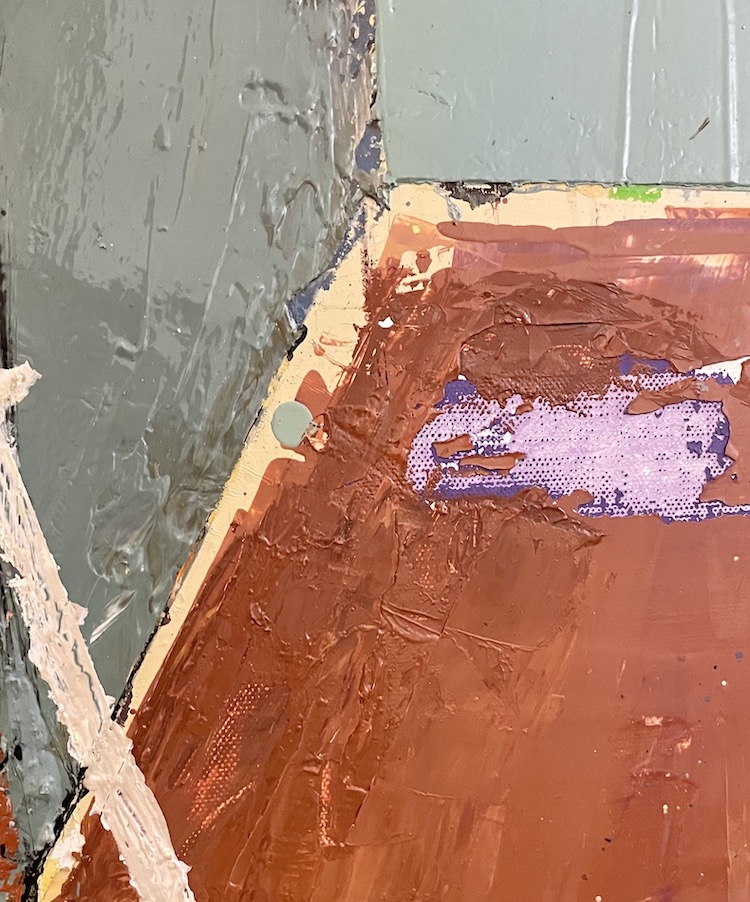 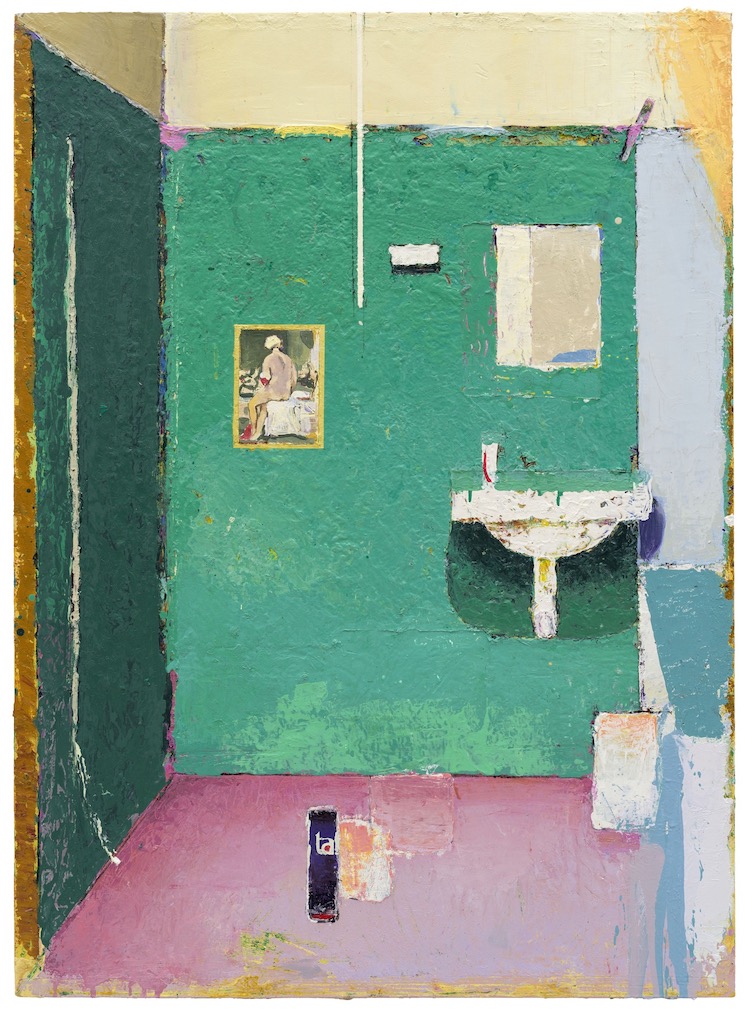 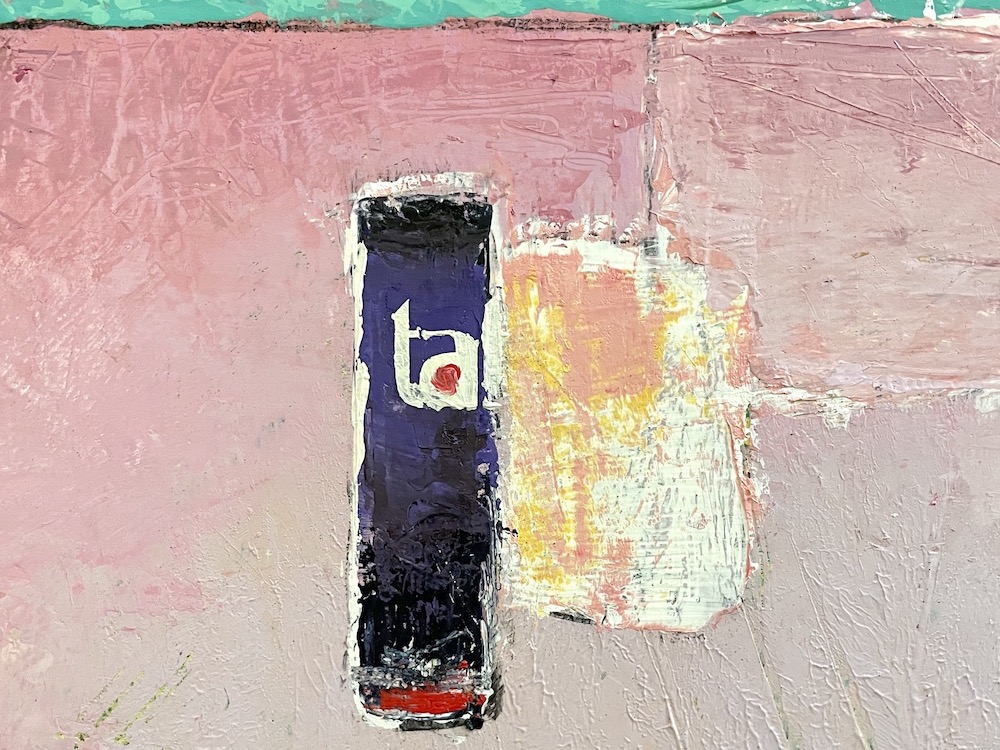 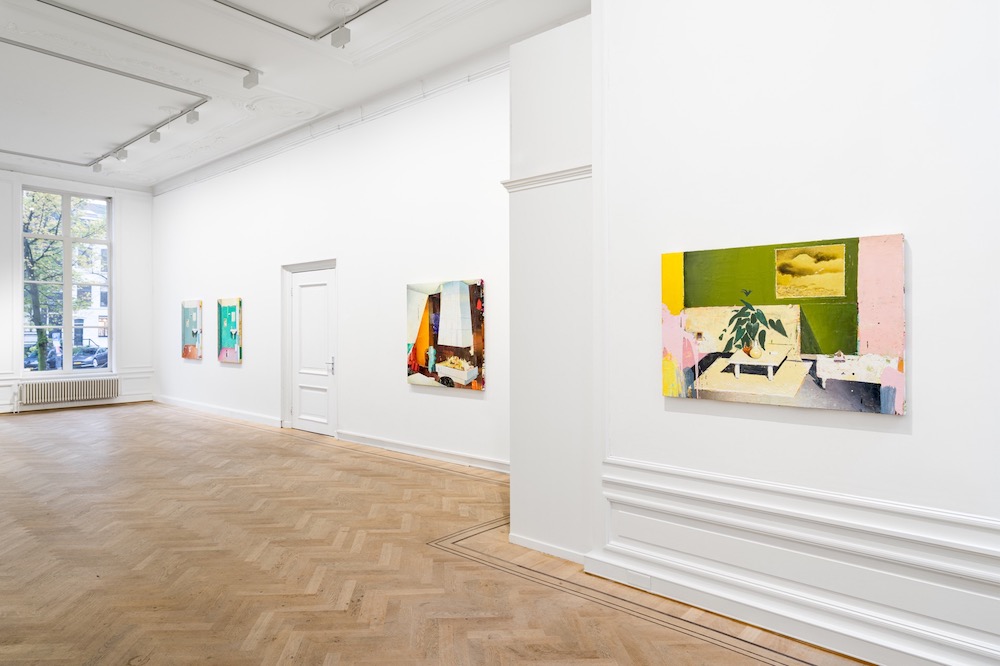 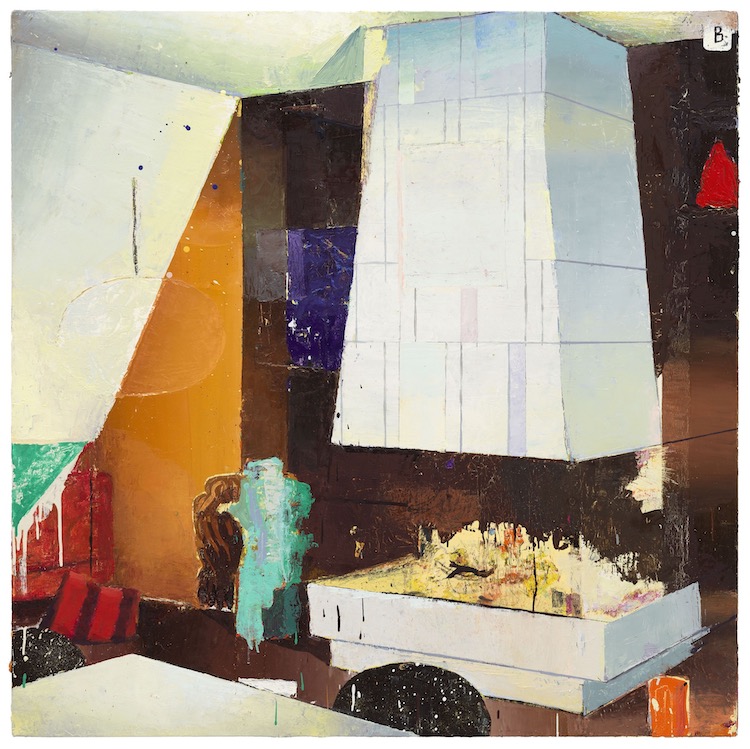 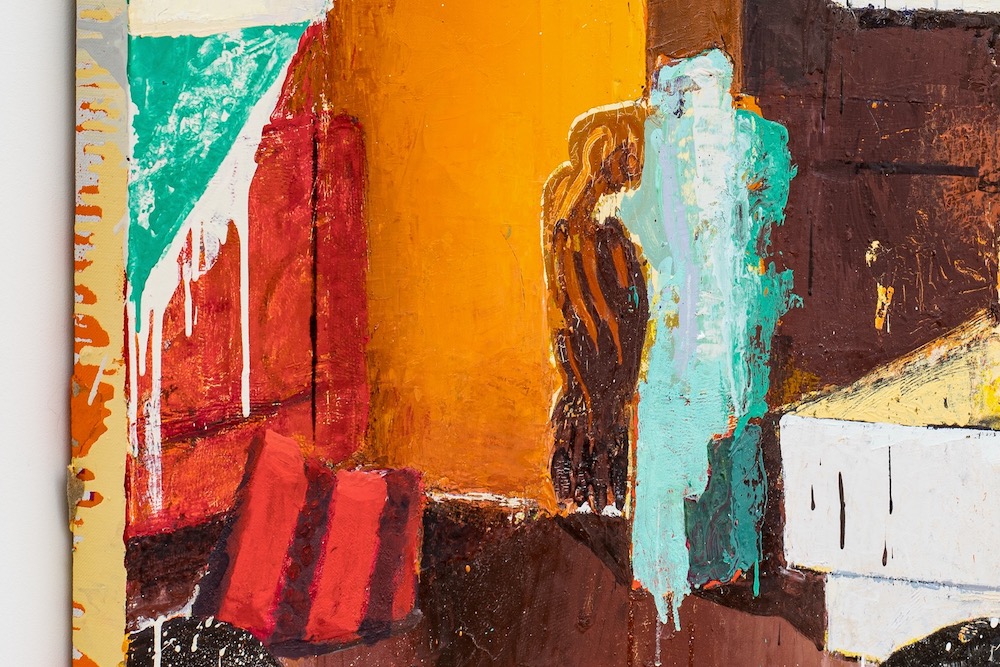 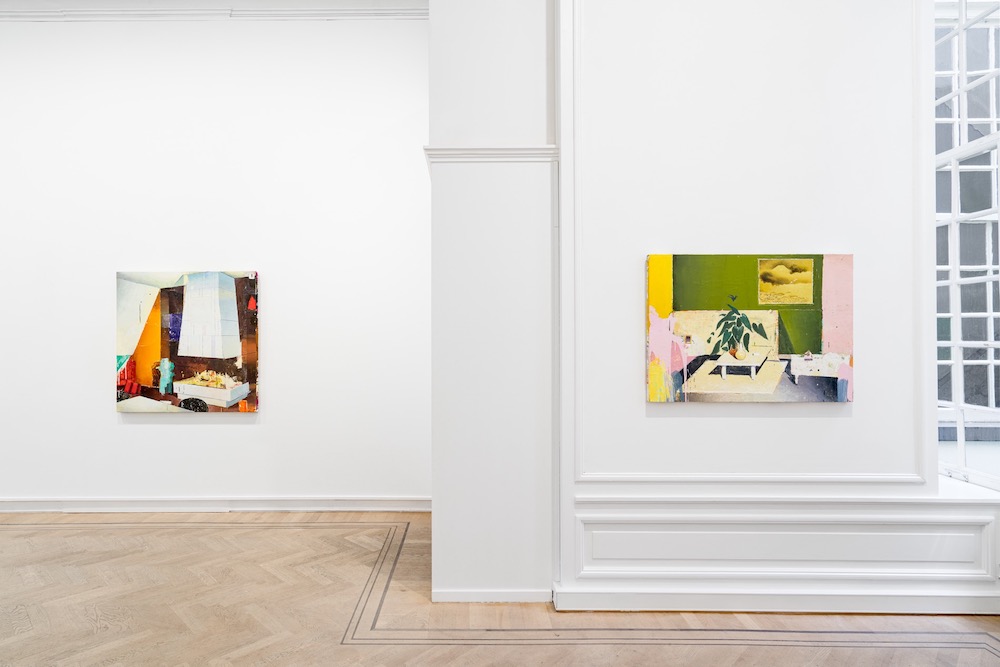 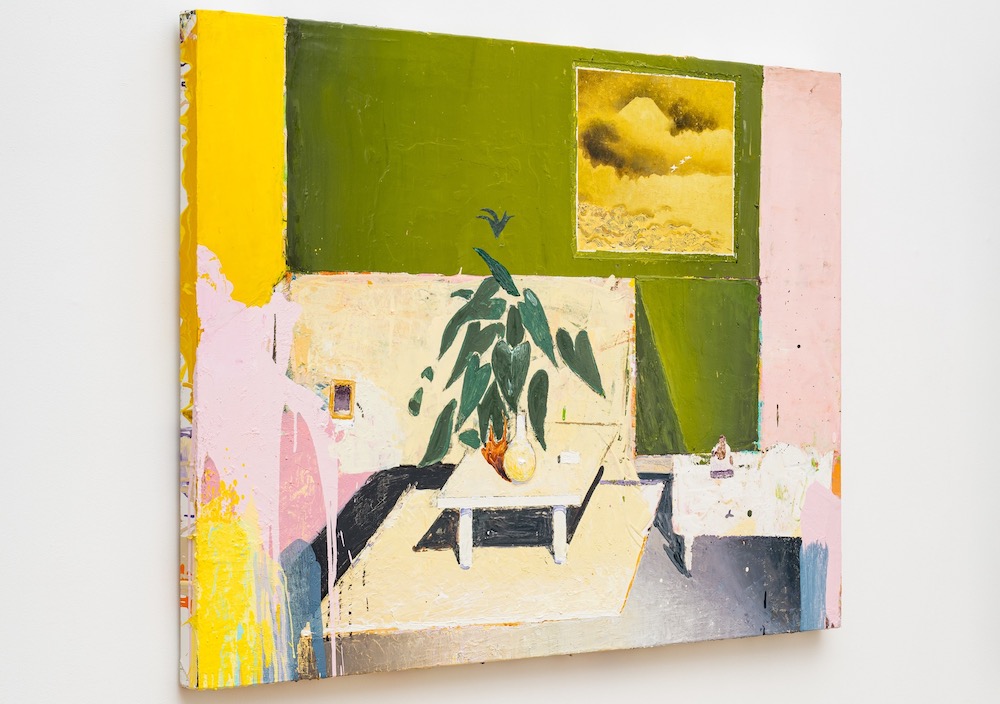 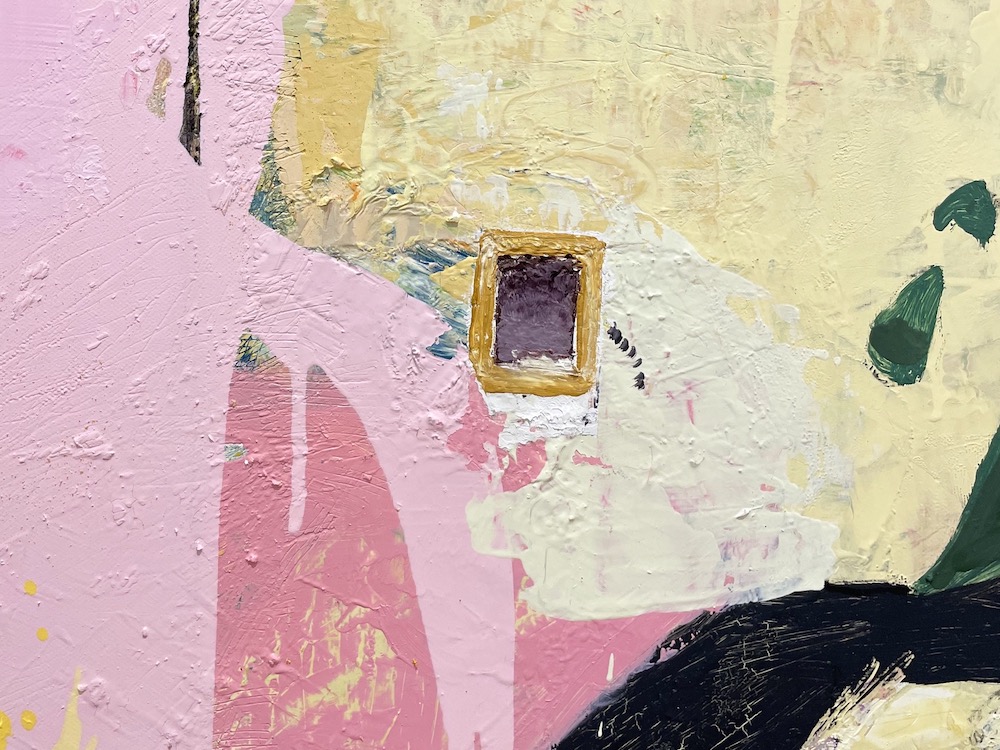 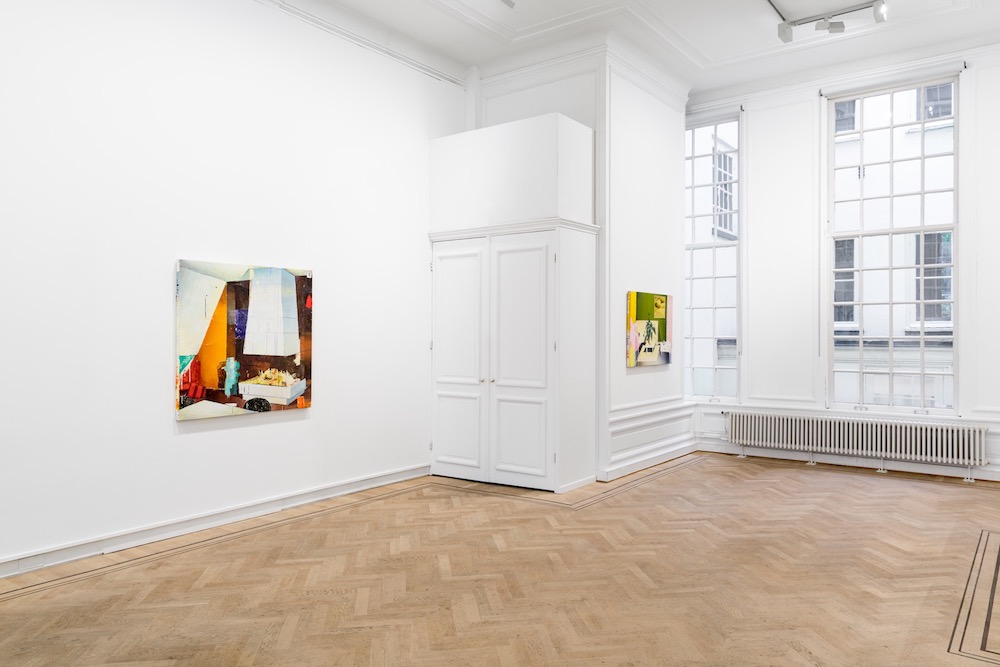 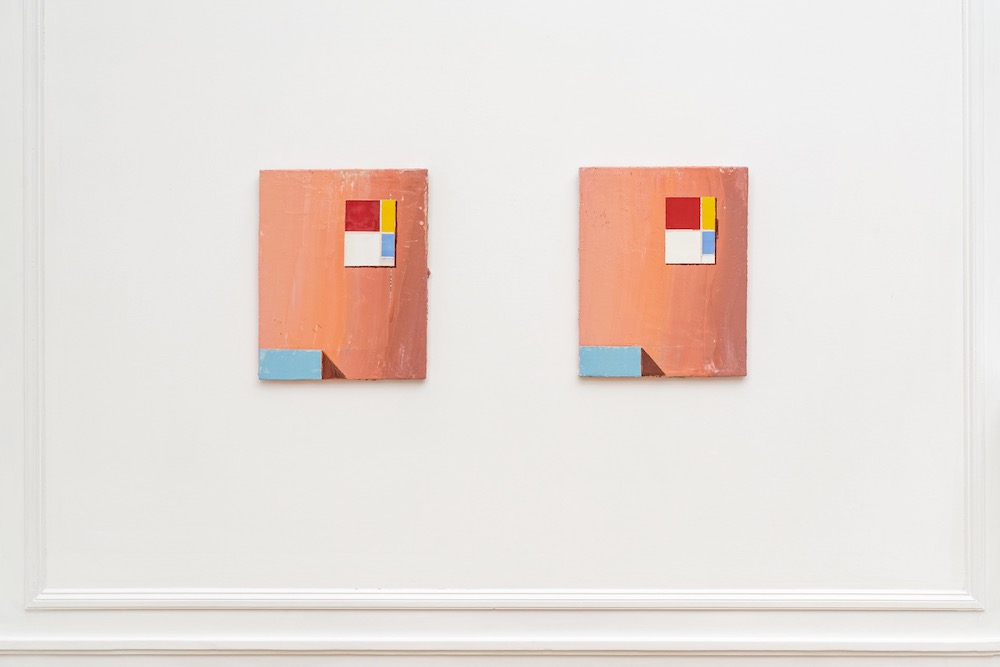 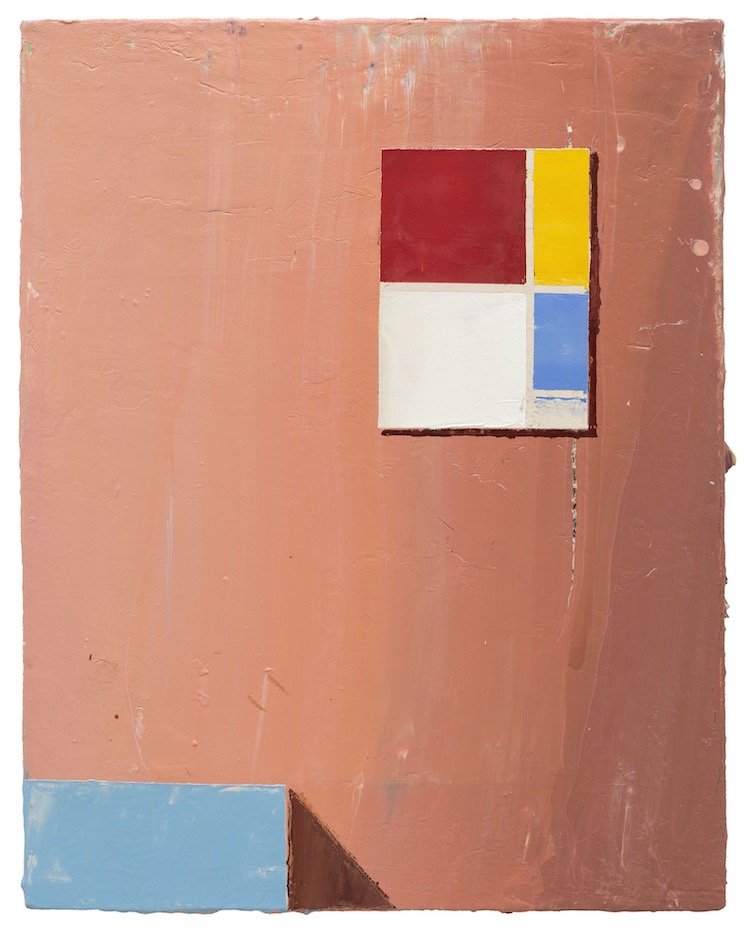 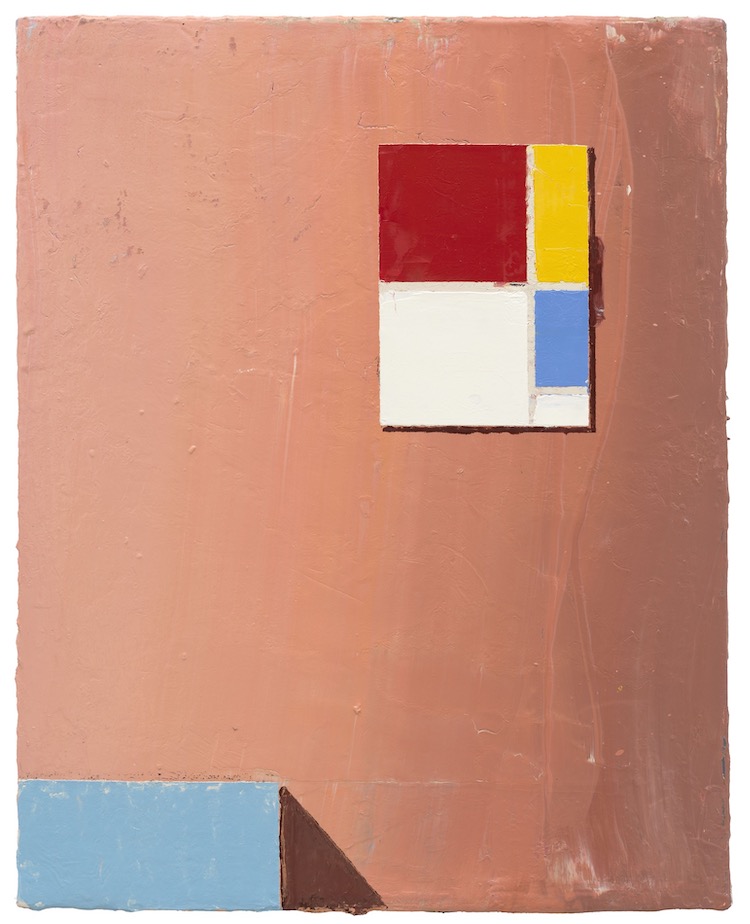 One year since his latest big museum show at Drents Museum, and a year after his last solo show with the gallery in NYC, Matthias Weischer is back in The Netherlands for his fourth solo exhibition with GRIMM. On November 4th, the gallery proudly introduced 8 new paintings under the title Spiegels (Mirrors), at their spacious Keizersgracht location in the heart of the Dutch capital.

One can't underestimate the effect of Weisher's work when presented in a former upper class apartment in the historic center of Amsterdam. With his images reflecting in the mirrors around the space and bustling life happening alongside canals outside its windows, their mute ambience seems to be transcending into the gallery venue. It feels as if the high ceiling walls of the once lively residence create a timeless vacuum for the heavily textured paintings depicting empty living areas. Both wandering around someone's home and lurking inside other domestic environments, the exhibition places the viewer in the position of an intruder. And this could be one of the ways to interpret the title of the show as the thick oils on canvas transform into poetic mirrors of the reality they're presented in.

While talking during the opening, Weischer told us he is often approaching the work with an intention to include the figure. Yet somehow, during the process, that figure never appeared inside the frame, but this intention left a strong mark on the way that the images are resonating. It's this readiness of the space, the arrangement of details such as hair spray or a lone strolling cat, that suggest a recent human existence, but without explicitly showing it in the picture. With traces and clues of life scattered around, and the overall setting looking familiar, these homey, yet exceptionally minimalistic scenes are regularly imbued with a sense of nostalgic, suspended unease. On another hand, the artist's urge to include the figure metamorphoses to some extent into the "painting inside painting" elements in which he gives nods to the likes of Ingres, Manet, or Giotto.

Although the atmosphere of the depicted scenes can be piercingly hushed and melancholic, there is a great energy captured in each of the works on display. An abounding process of layering paint, various marks of its manipulation, and a great amount of technical experimentation reveal Weisher's determination and drive to construct a sense of space on a flat surface of the canvas. During the process in which the thickness of paint often mirrors the coarse surface of walls or the shine of the baren floors, the Leipzig-based artist challenges the shift between seeing the emptiness and noticing the detail. Such an effort is most obvious in pairs of paintings which are essentially the same images but due to slight differences in technical approach, they become two different paintings. Equally complex or simple, they're differentiated with the spontaneity of the gestures and are therefore a record of a moment of their creation before anything else. And while being an important tool for exploring the subject matter, in their essence, these works feel like Weisher's way of honoring the capacity of painting as a medium and technique. —Sasha Bogojev