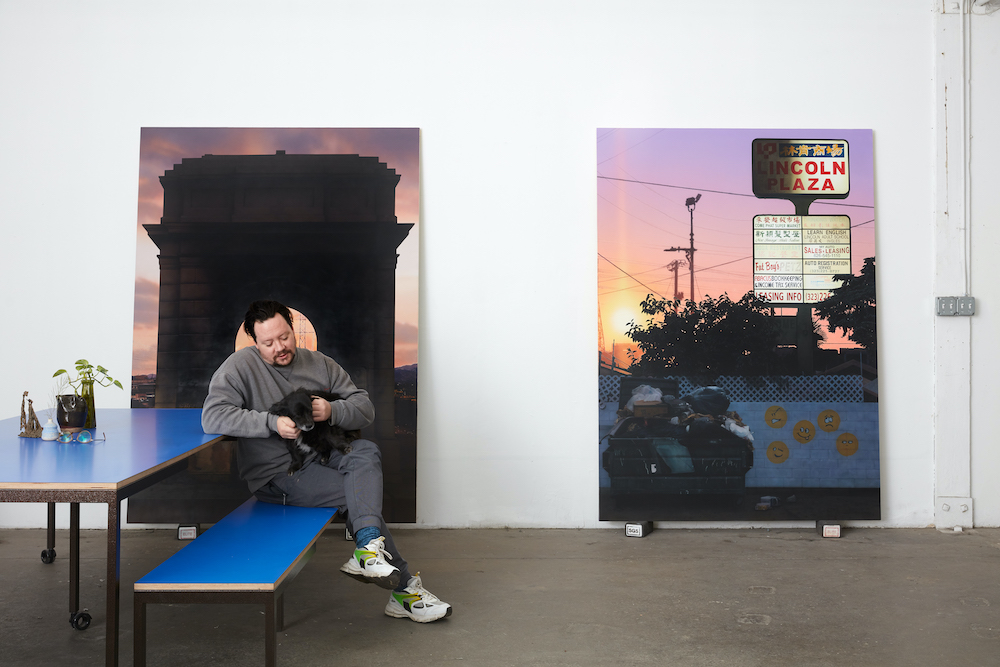 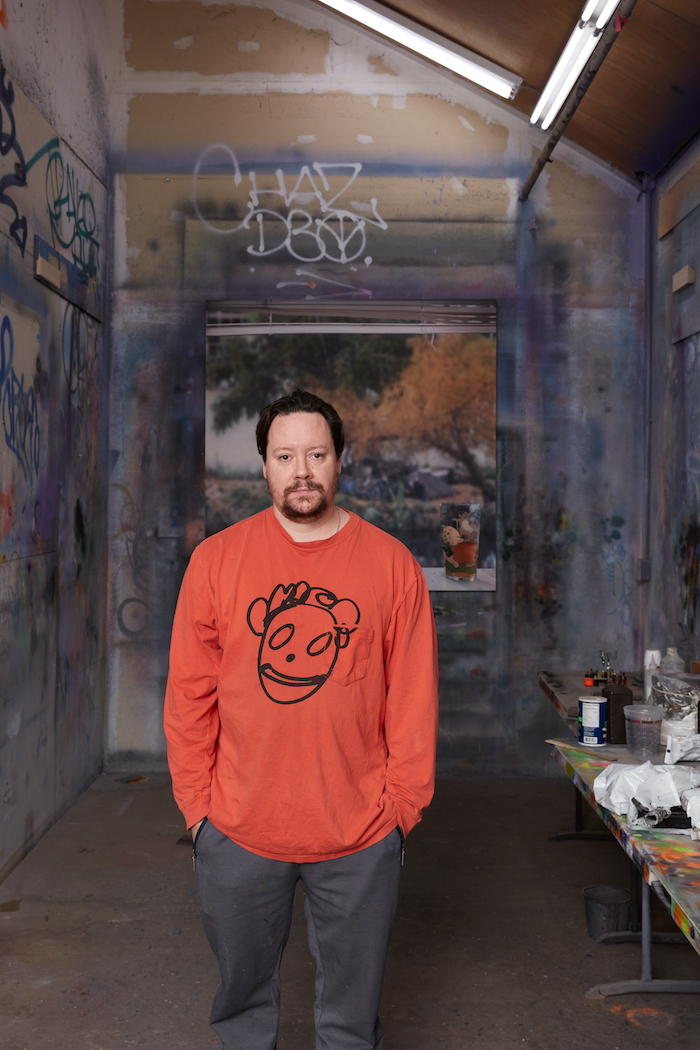 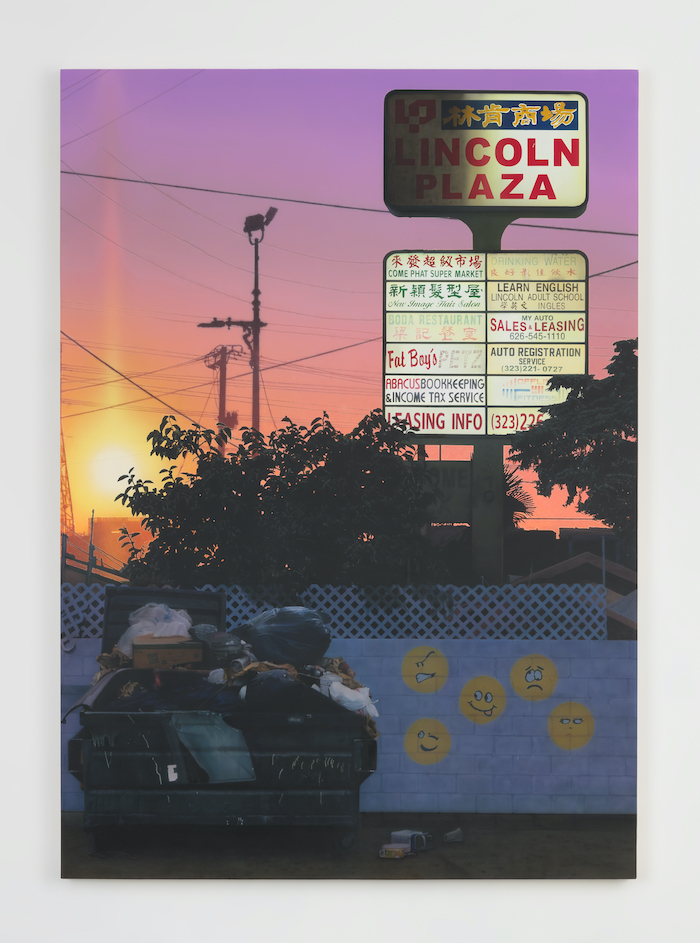 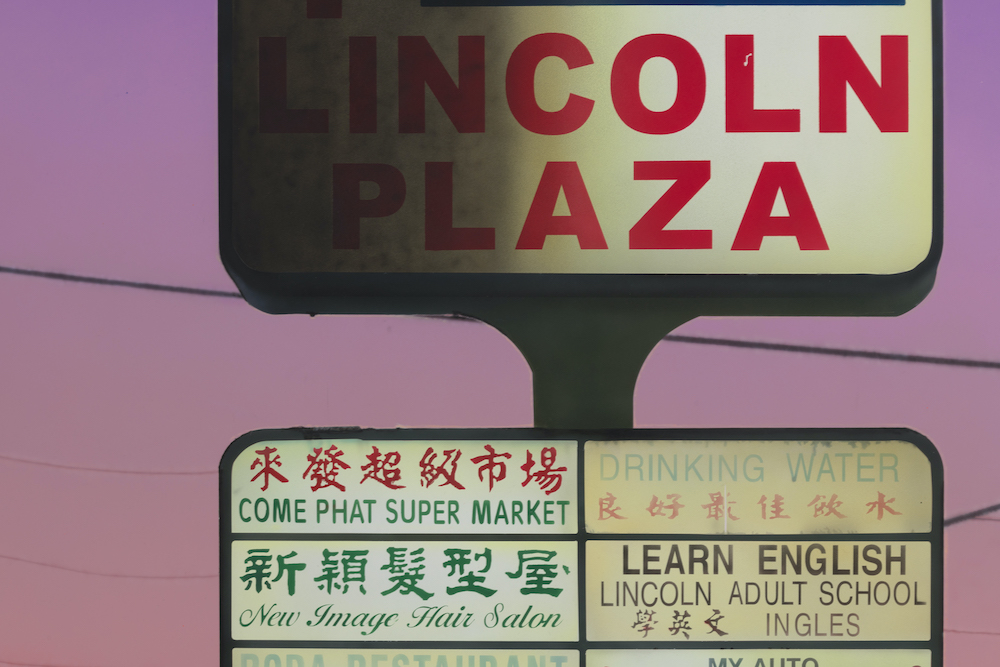 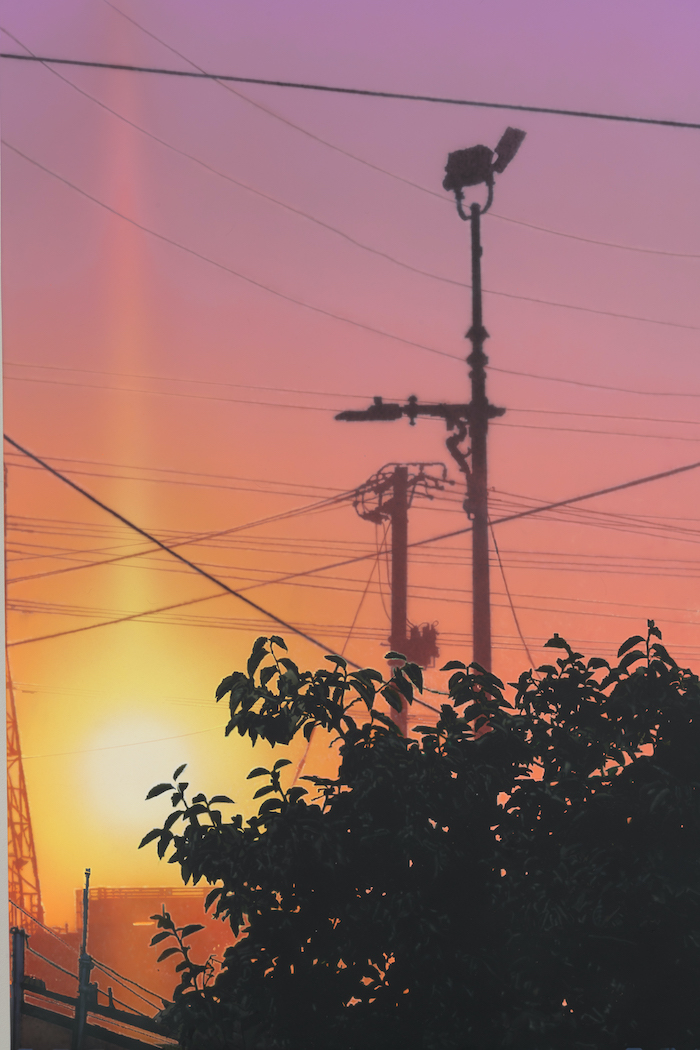 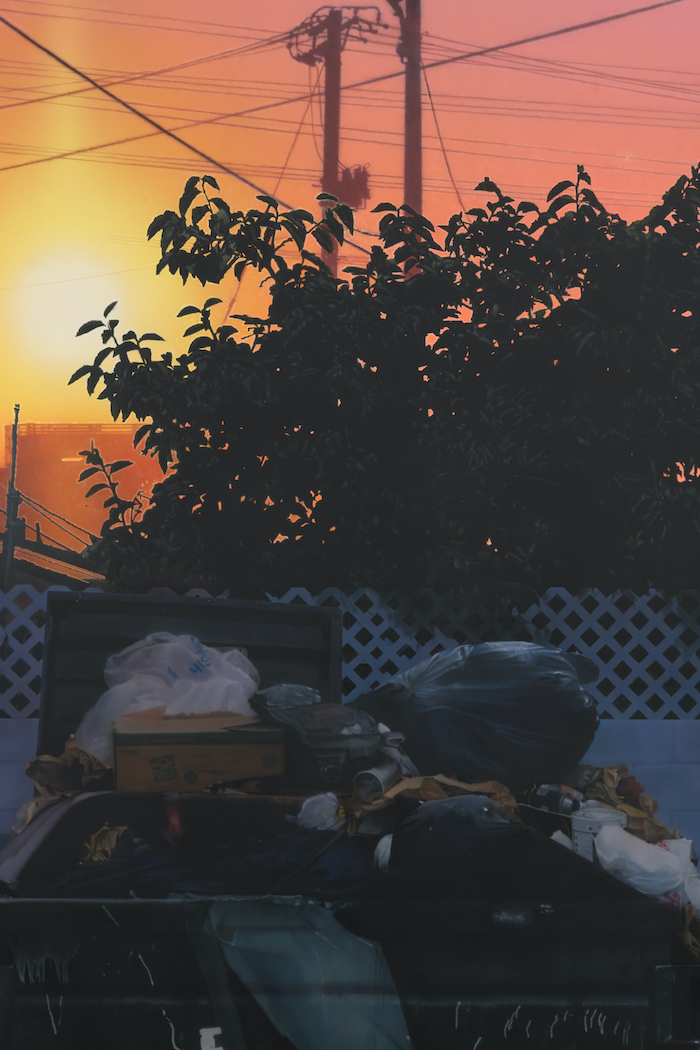 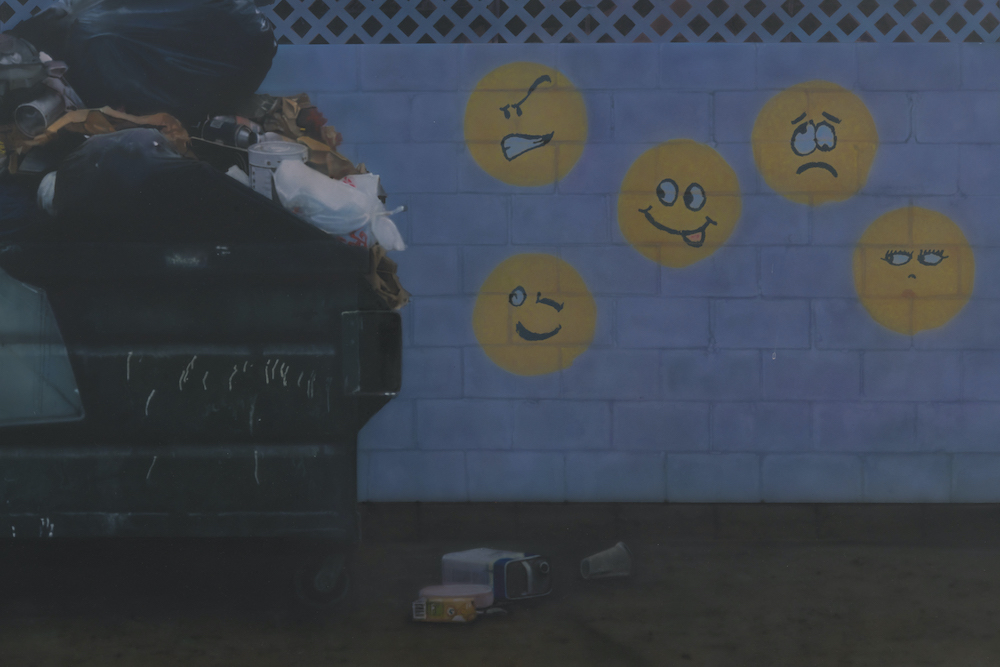 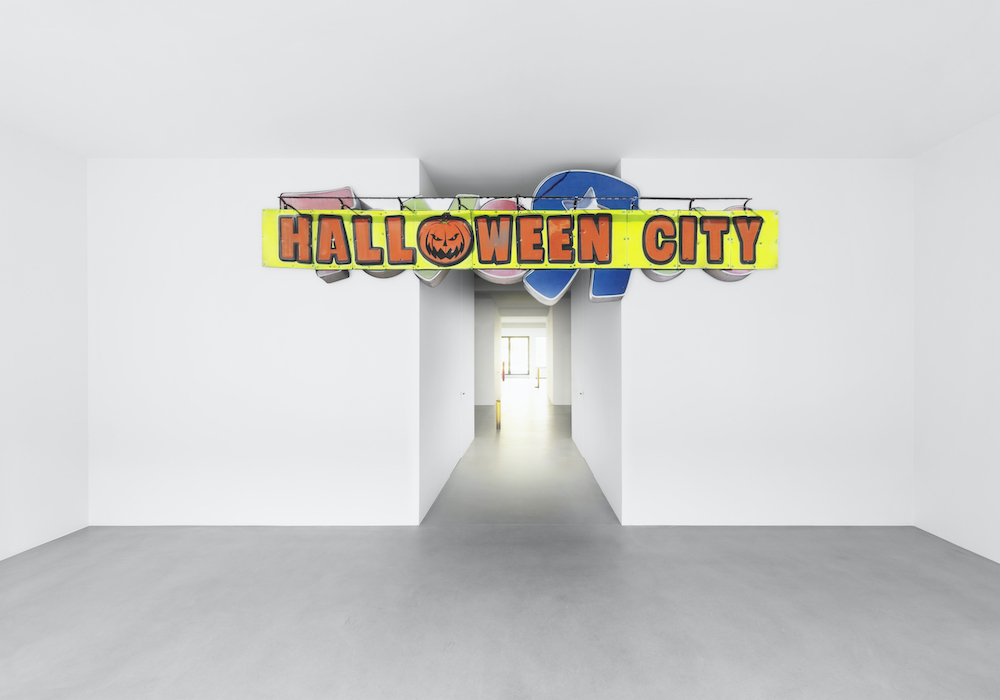 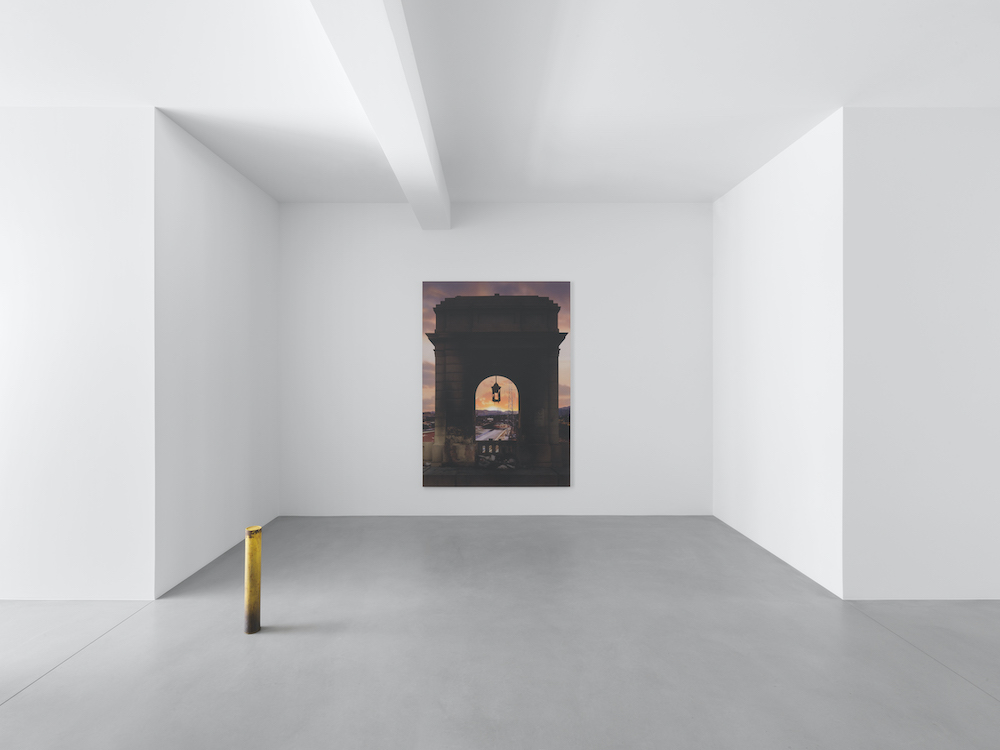 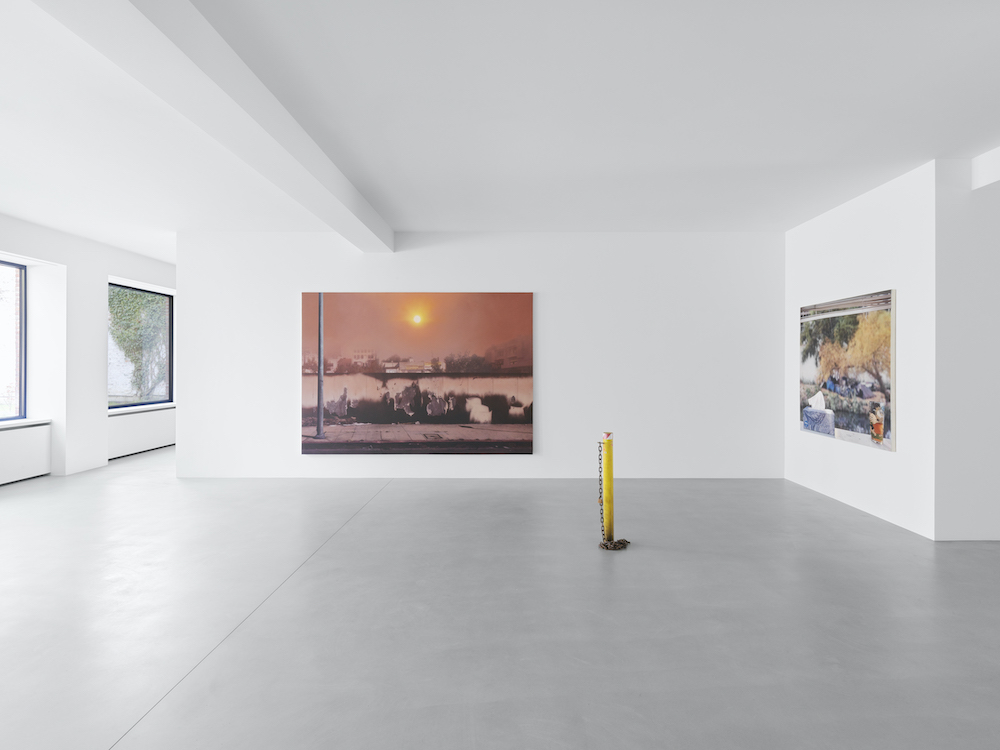 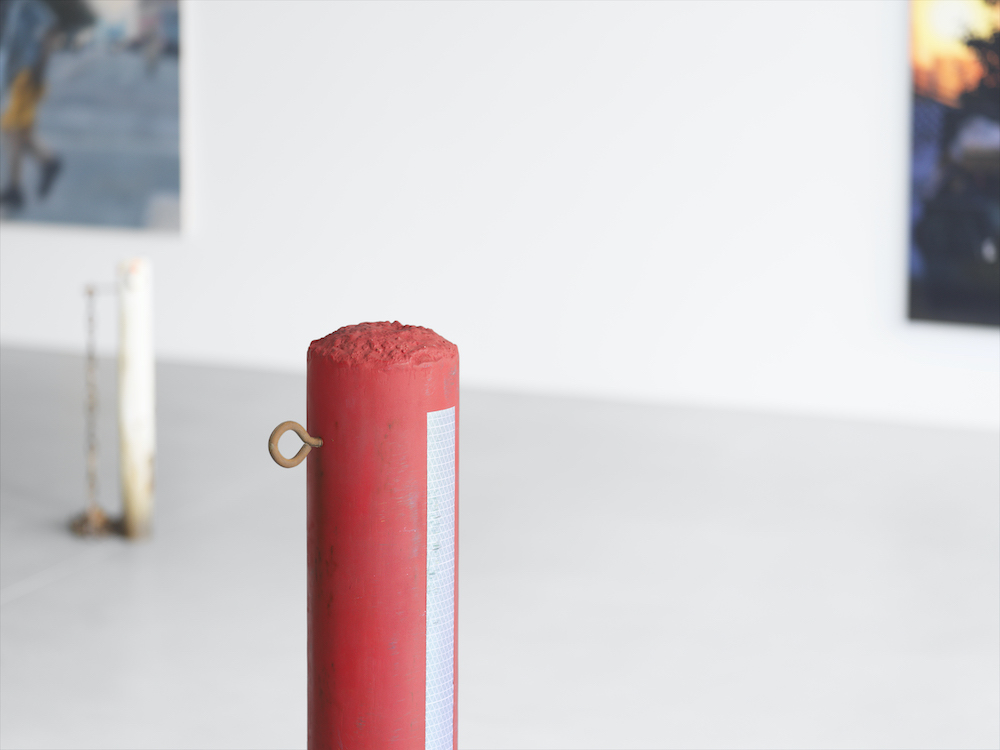 Xavier Hufkens is pleased to present American artist Sayre Gomez’s first exhibition with the gallery. Comprising a new series of large-format urban landscape paintings and three-dimensional works, the artist takes Los Angeles as the starting point for an expansive exploration of contemporary metropolitan life and the psychology of place.

The title of the exhibition, True Crime, reflects one of the leitmotivs of the exhibition and a recurring theme in Gomez’s oeuvre, namely the gap between fact and fiction and the notion of constructed realities. It references an immensely popular genre of literature, film and television that appears to be rooted in reality but tends to be meticulously scripted. The phenomenon is aptly summarised by the UCLA media scholar, Mark Seltzer: “true crime is crime fact that looks like crime fiction, it marks, or irritates, the distinction between real and fictional reality, holding steadily visible that uncertain region between truth and falsity where belief resides.” It is precisely this indeterminate zone that is writ large in Gomez’s paintings. His photorealistic, even hyperreal images, seem like true-to-life depictions of urban Los Angeles but are far more likely to be carefully constructed montages, an amalgam of appropriated images and the artist’s own photographs. The works are propelled by the polarities of America’s second most populous city, whereby the eternal splendour of the natural world (sunsets, palm trees, lightning) stands in stark contrast to the dereliction of the built environment (dated signs, unhoused encampments, graffiti). This is especially evident in the painting entitled Tuesday Evening, which depicts the neo-classical First Street Bridge that was constructed as part of Los Angeles’ ‘City Beautiful’ plans of the early 1900s. Inspired by the civic architecture of Paris and Rome, the schemes sought to beautify the United States through impressive public works. Here, we see the majestic architecture through a fresh urban lens: as an abandoned unhoused shelter, covered in graffiti and blackened by fire. The backdrop is a vivid sunset that, for all its apparent artificiality, is an authentic and frequent sight in the ‘city of angels’. For Gomez, the city is a barometer of changing cultural and economic conditions, a deeply layered structure that is ripe for semiotic analysis, whereby it is not so much the structures themselves that are of interest but what they signify and are capable of evoking. In this respect, his paintings not only belong to the rich traditions of urban landscape painting that exist on both sides of the Atlantic, but also pushes the boundaries of the genre by challenging the viewer’s ability to differentiate between authenticity and simulation in a digital, image-saturated and screen-based world.

The duality evoked in the paintings is given further expression in a monumental painted aluminium sign that superimposes ‘Halloween City’ over the brand name ‘Toys R Us’, the latter being a chain of American toyshops that at its peak boasted 1,600 outlets in the US and abroad (and was a fixture of the artist’s childhood). Founded in 1948, this iconic brand finally closed its last physical stores in 2021. ‘Halloween City’, on the other hand, is the name of a seasonal ‘pop-up’ retailer, of the kind that briefly occupies vacant premises before packing up and moving on. Signage and graffiti have long fascinated Gomez and are a recurrent motif in his work. In this layered typographical study, they are symbolic of changing commercial models, with the new and itinerant pop-up model replacing the traditional bricks-and-mortar economy. It is both visual palimpsest and metaphor, a graphic and nostalgic comment on market forces and their wider social implications. The exhibition also includes painted sculptures that mimic abraded yellow parking-lot stanchions with heavy chains, part of an on-going series, which extends Gomez’s exploration of Los Angeles’s streets into the physical gallery space. Designed to bring order and control to the public realm, these industrial forms are covered in faded, discarded price stickers: the tiny, ephemeral and scarcely noticed traces of commercial transactions.