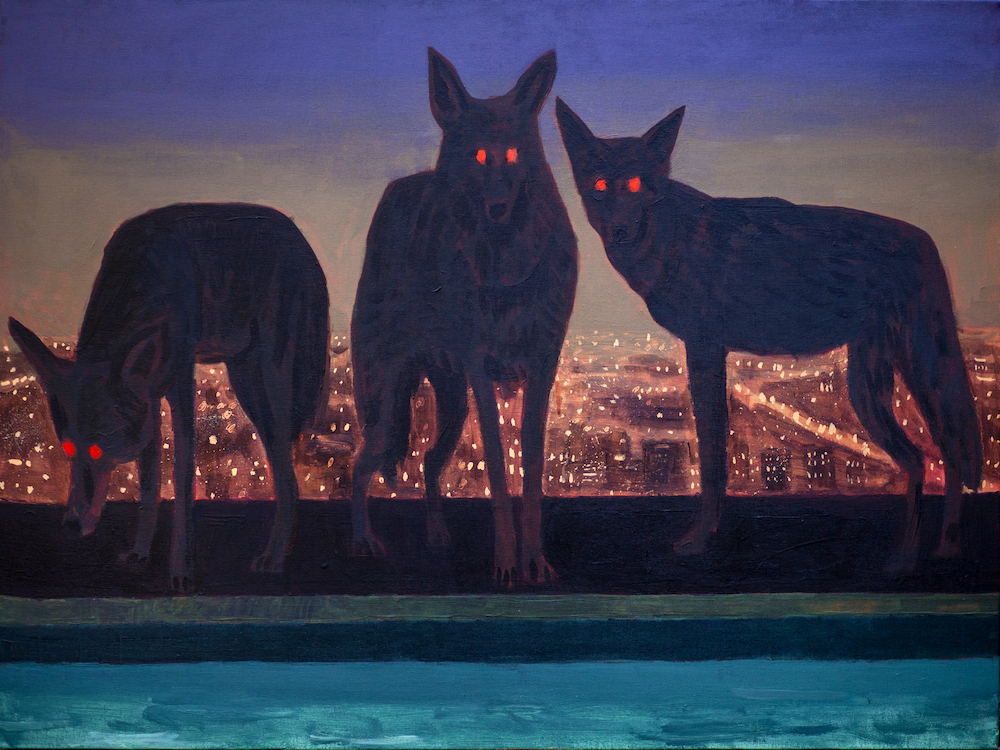 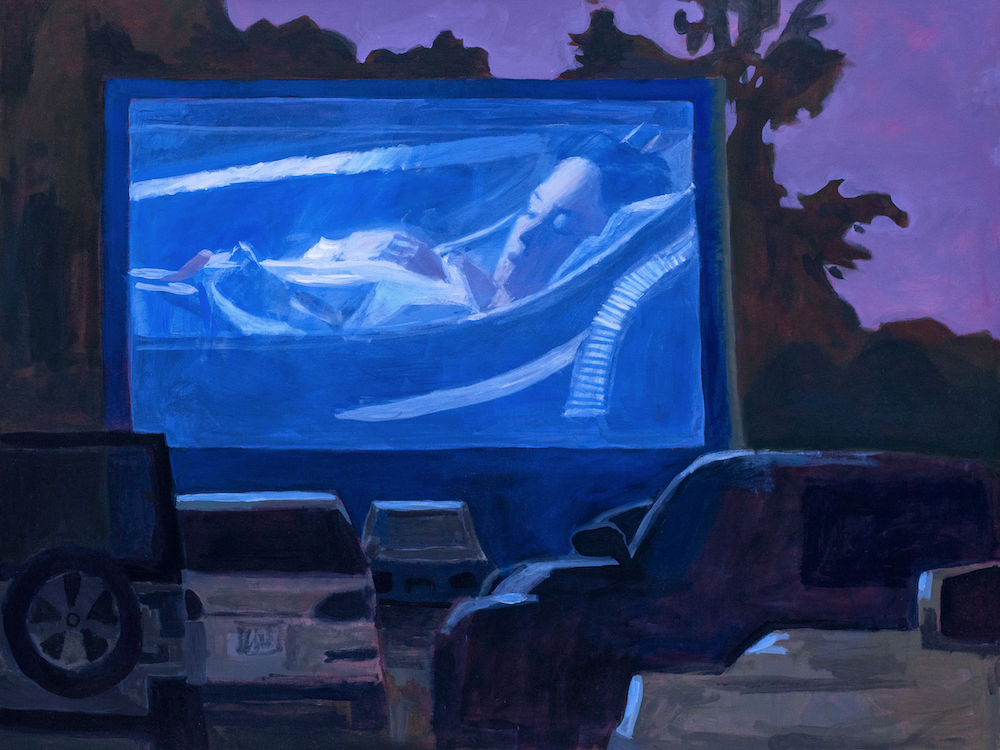 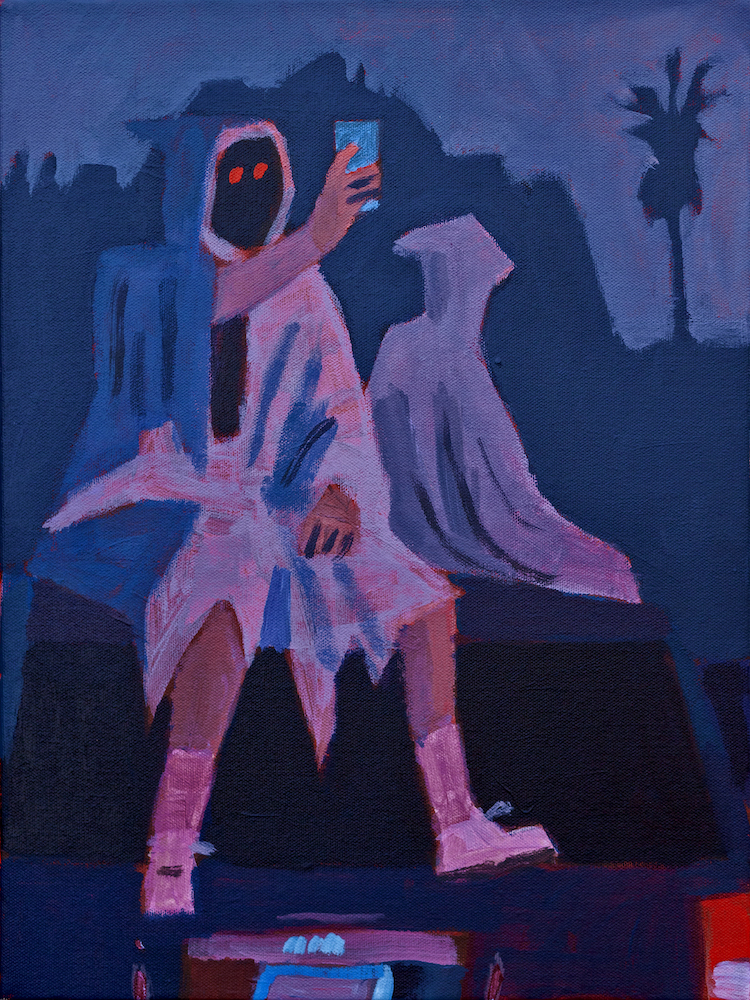 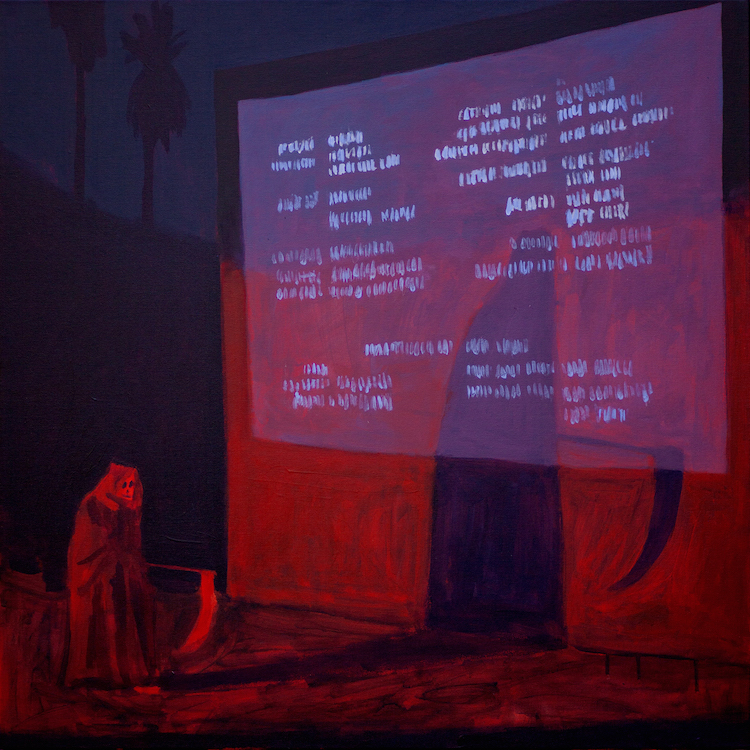 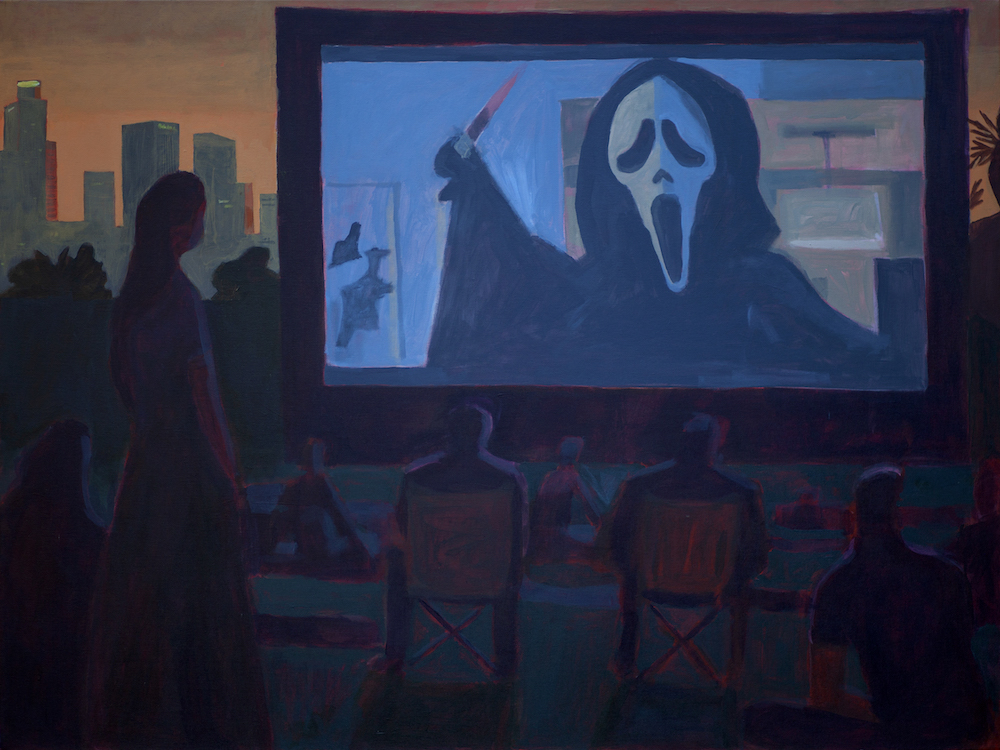 Hashimoto Contemporary in San Francisco is pleased to present Nocturne, a solo exhibition by Woodrow White. The Los Angeles-based artist returns for his second solo presentation with the gallery featuring a series of new paintings depicting Southern California scenes with a cinematic twist.

In the tradition of plein-air painting, White's spontaneous compositions envelopes the viewer with vivid, surreal tableaus. White’s use of light and dramatic spaces offers a cinematic experience entwined with hints of comedy and horror that combine pop-culture and art historical references. The Scream (pictured above), nods to Seurat's Sunday Afternoon, depicting a community gathered in a grassy park but replaces the idyllic lake with the iconic killer of the late 90's slasher film of the same title.

White explores the darkness that creates monsters in our imagination. In Los Angeles, a city of make-believe, artificial light dominates the evening skies creating a half-awake, half-dreaming limbo effect. Otherworldly beings, with no darkness in which to hide, have no choice but to live amongst us. The paintings in Nocturne explore the bond between artificial light- street lamps, cars, projectors, swimming pools- and the phantoms that haunt its periphery.

Nocturne will be on view April 2nd - 23rd with an opening reception on Saturday, April 2nd from 4pm-7pm