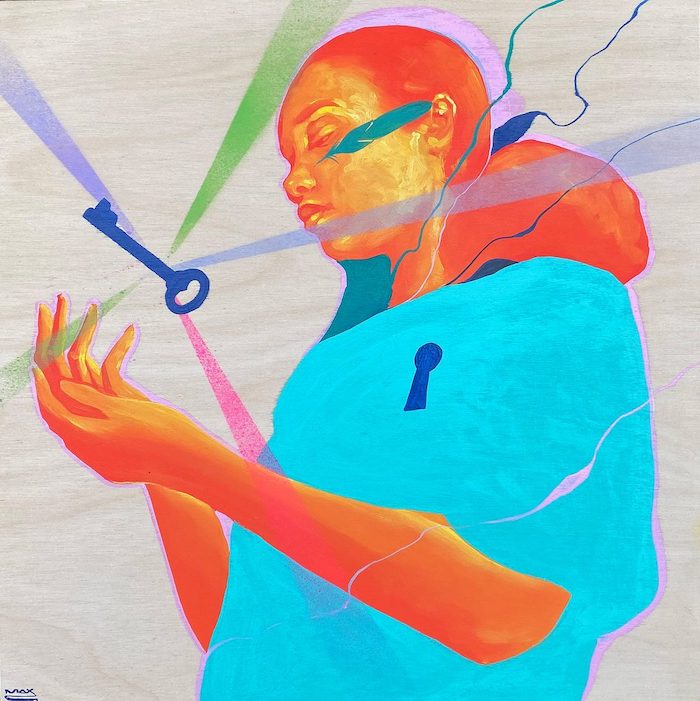 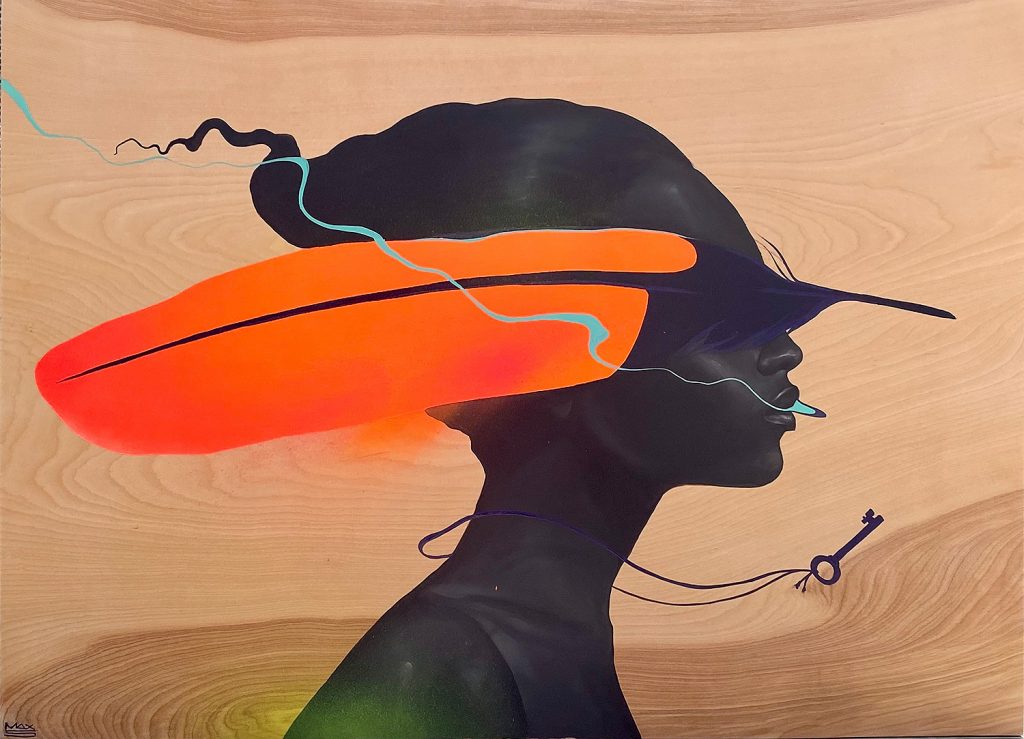 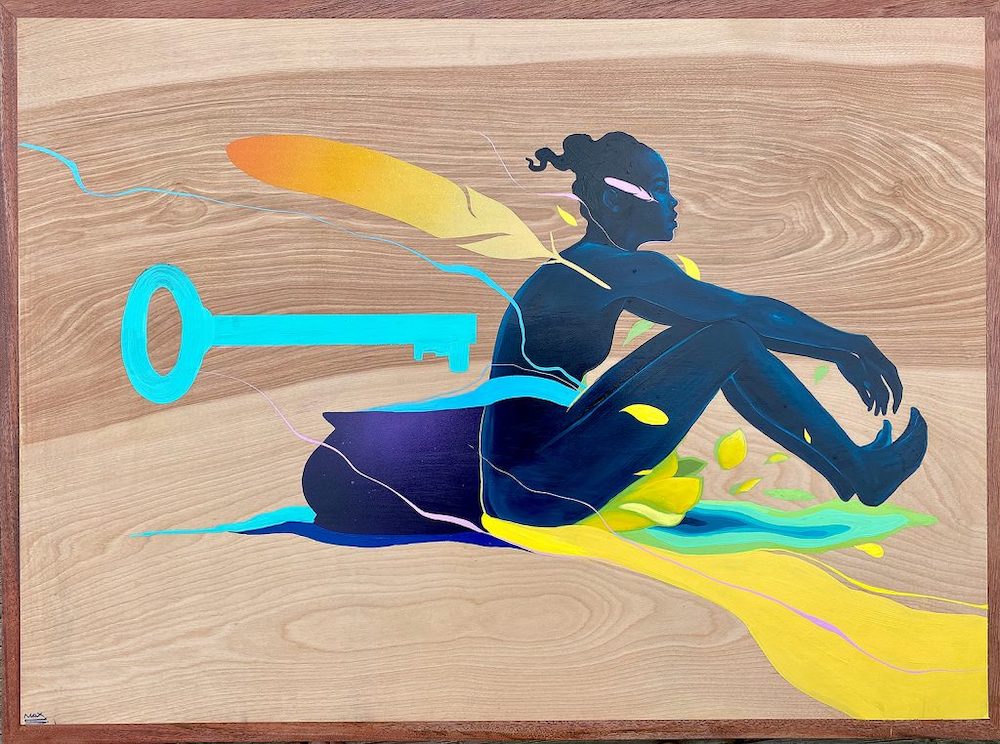 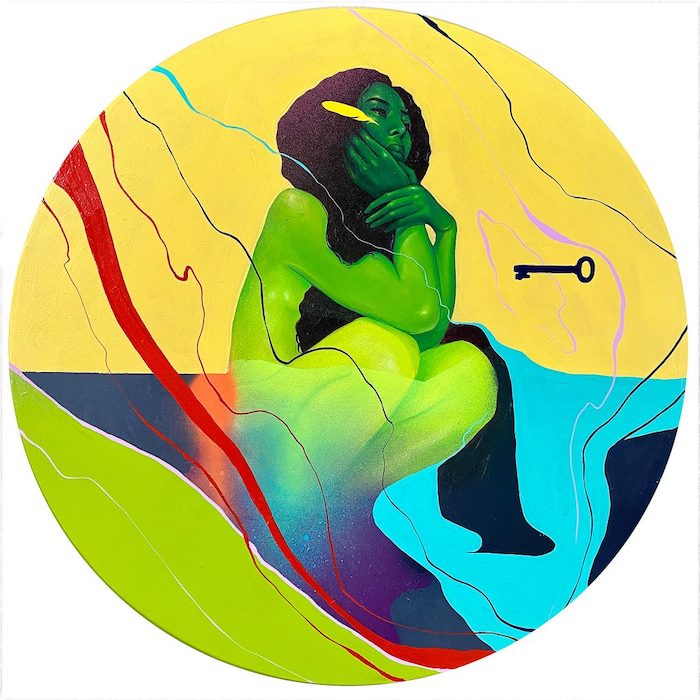 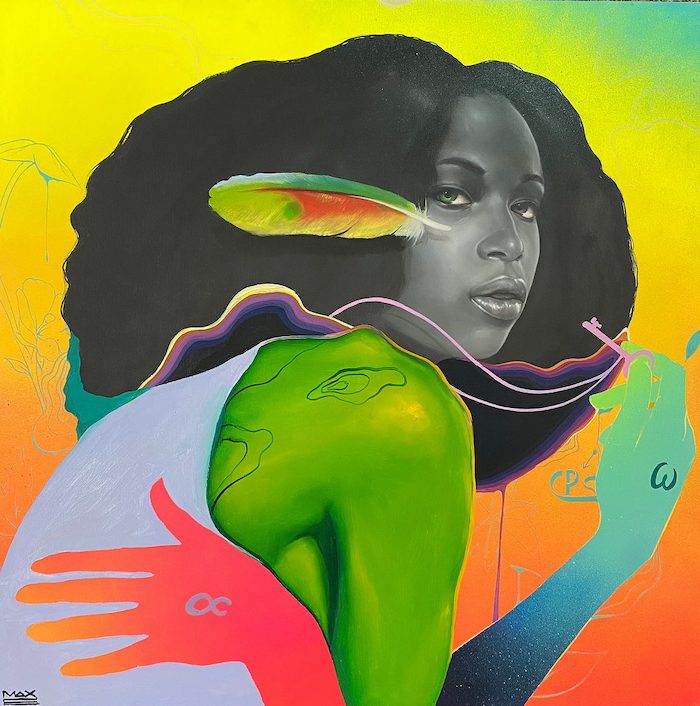 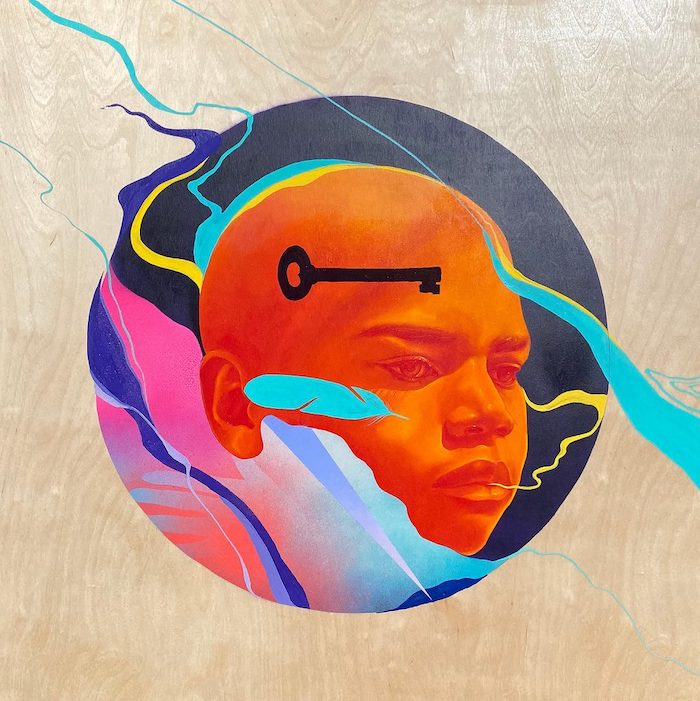 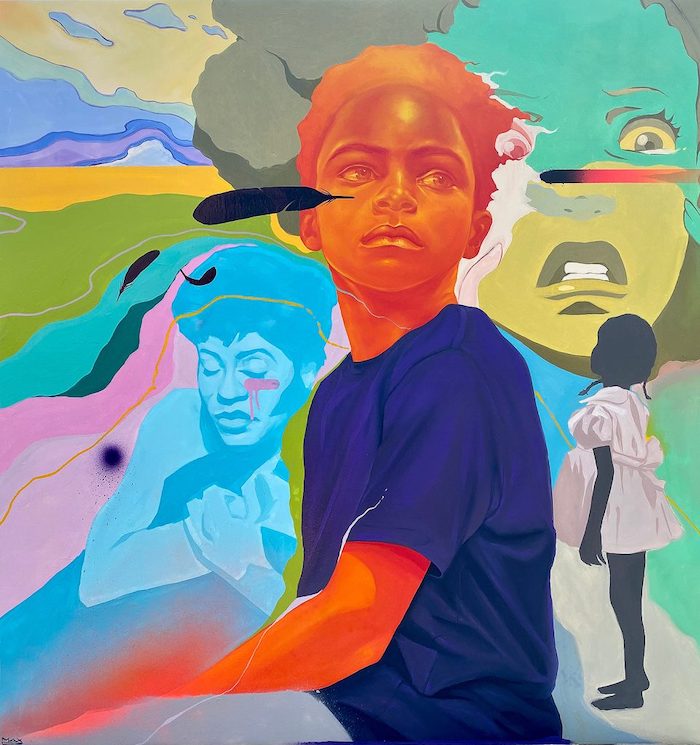 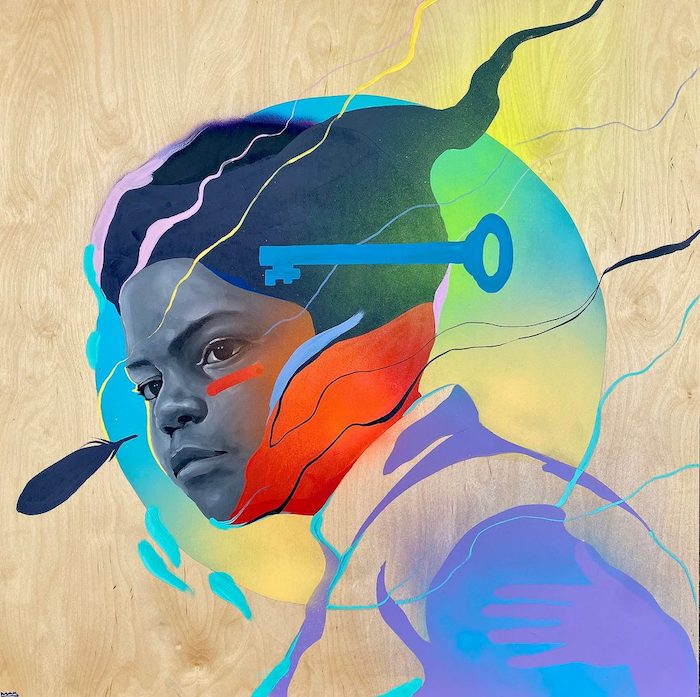 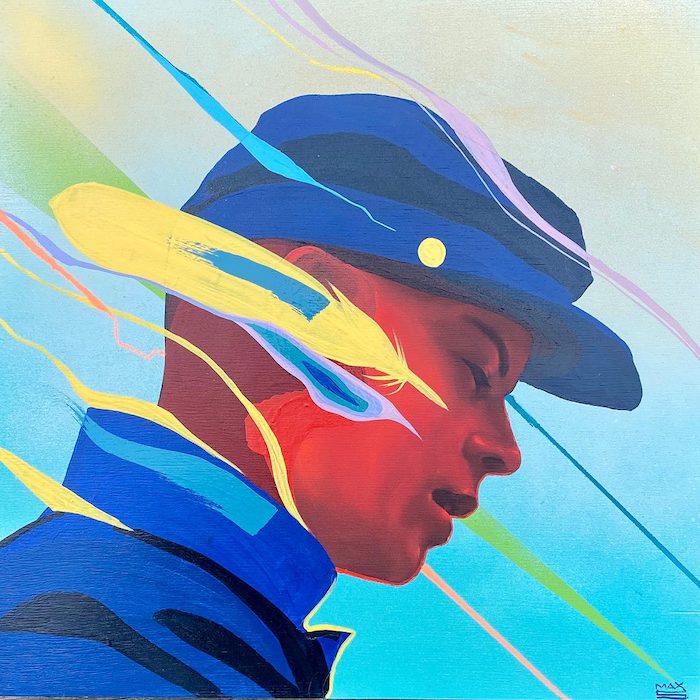 It seems like this is the year where escapism and reality have run hand in hand, where we want to deeply engage with social activism and critical thinking while simultaneously needing outlets and ways to disappear from the frantic news cycle. Max Sansing, a Chicago-based artist with roots in muralism and a style reminiscent of great photoreal painters, straddles that line of reality and fantasy quite wonderfully in Lost & Found, his new solo show with Thinkspace Projects opening viturally on July 25, 2020.

"I’m from the south-side of Chicago," Sansing has said about his practice, "and my work is portraiture-based but infused with heavy elements of design and symbolism pulling from my neighborhood culture, Afro- American culture, 80s-90s pop, comic book and graffiti. In my painting career I’ve been involved with the black mural movement of Chicago, the graffiti scene and the south-side black art scene, all of which has led to the work I’m currently producing." As Chicago continues to be a hotbed for both a new generation of painters and heavyweights such as Kerry James Marshall and the local institutions, Sansing is part of a new generation of artists that are helping shape the future of the city. But most importantly, his newest work is about the transitions so many of us are feeling in a world in constant flux.

"Lost and found has been a title I’ve used to describe a series of works I’ve been doing for years in which the subject or subject of the work are caught in a moment of great transition in their lives," Sansing says. "I’ve had moments in my life where I believed I was at an all-time low and it became a flashpoint for change that made me who I am today. The key symbolism is just a totem of sorts to remind yourself that you have the power to find a door to a goal that may have been lost to you."