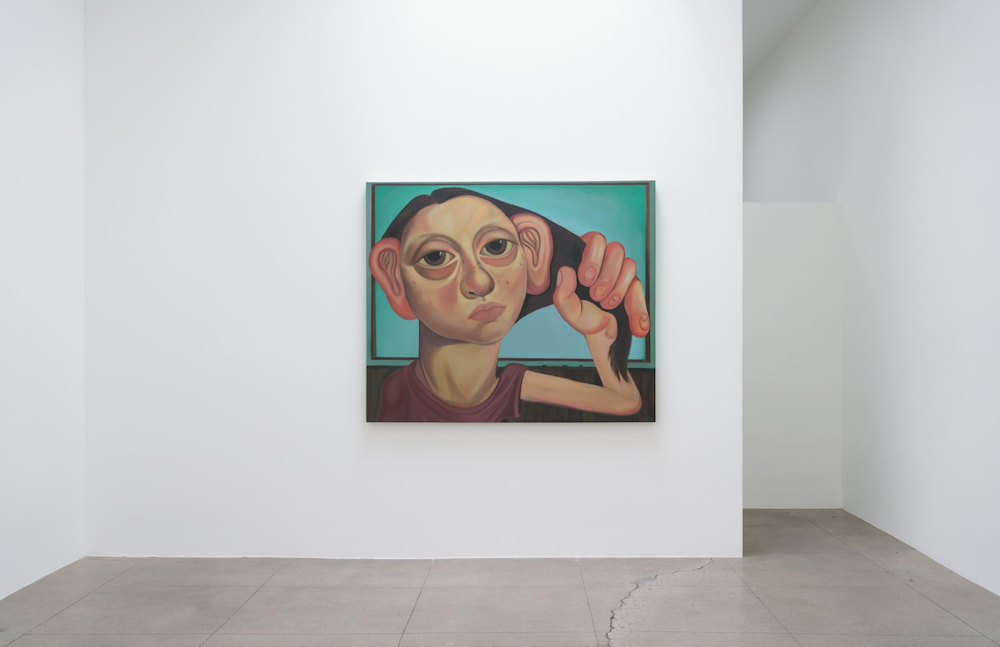 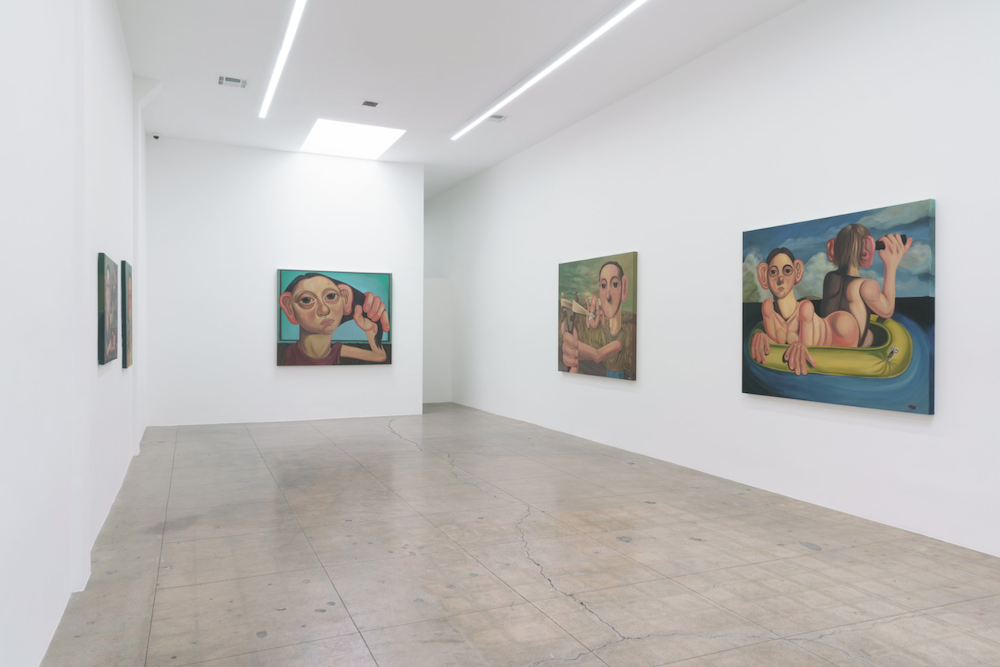 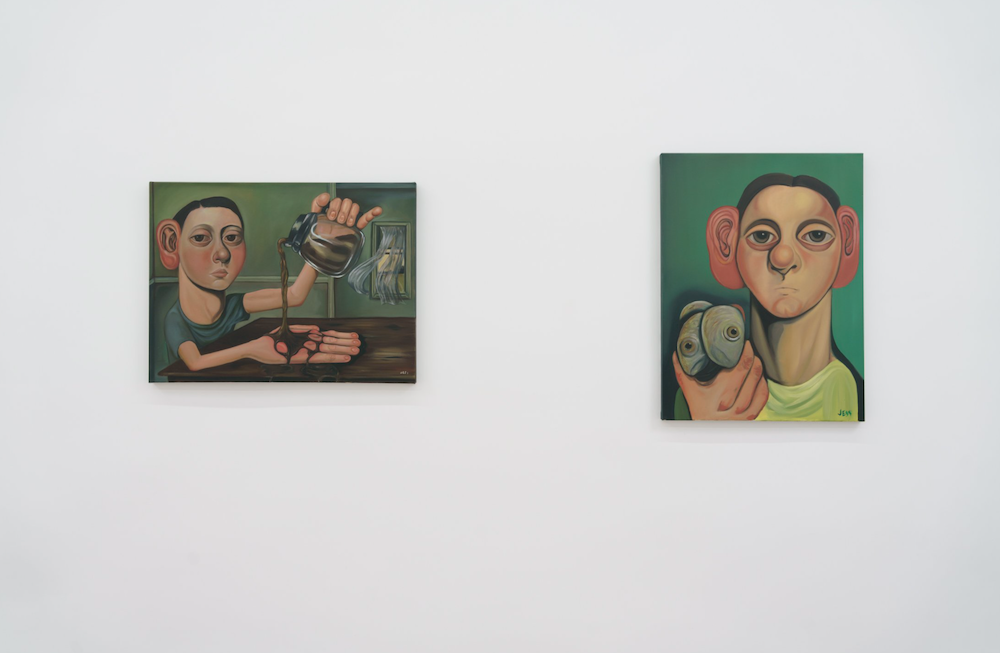 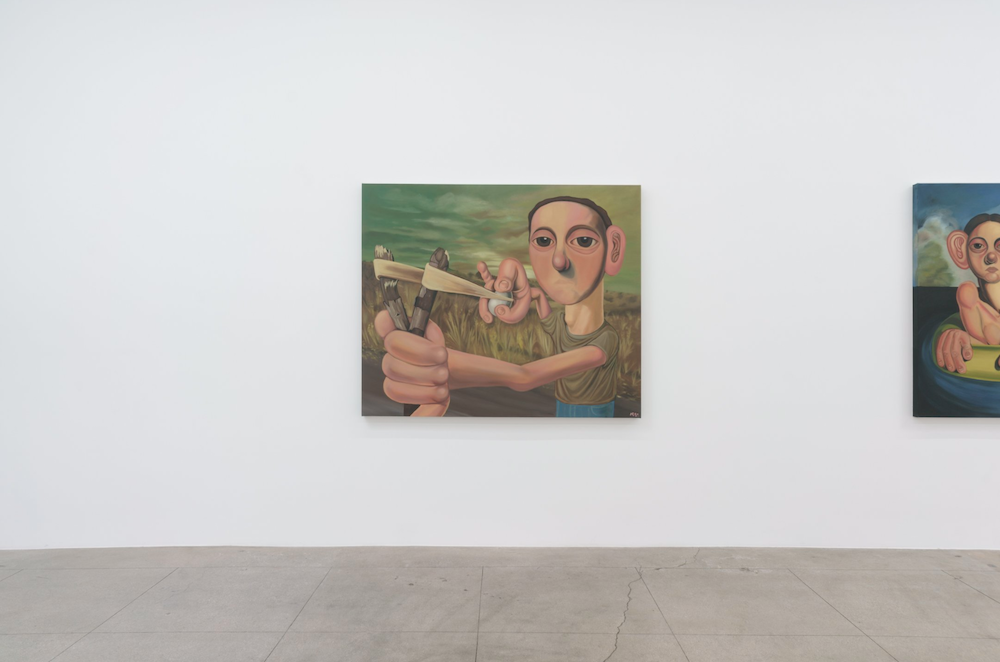 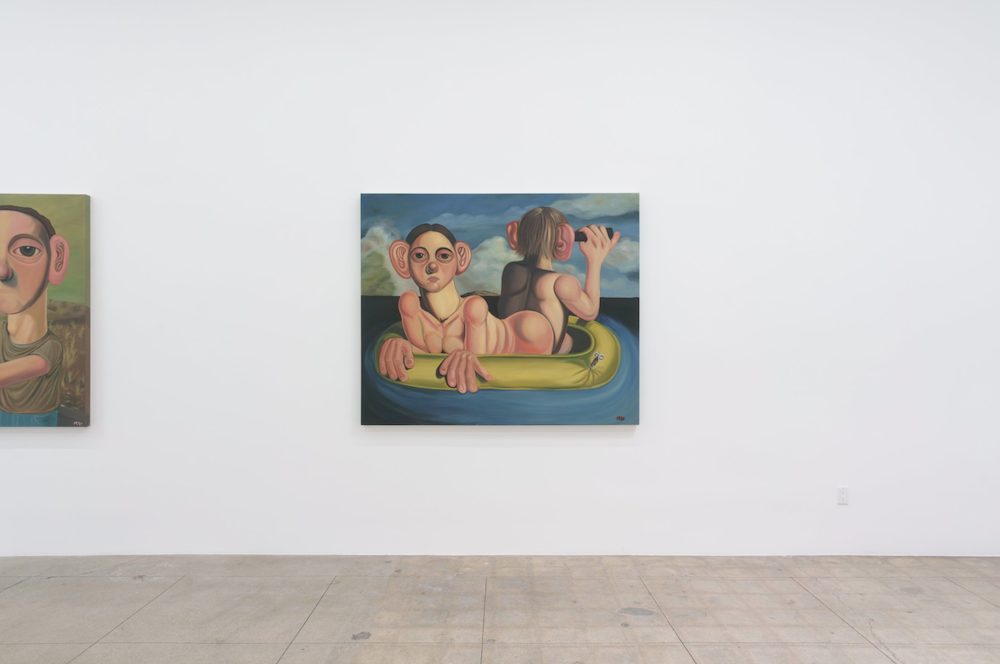 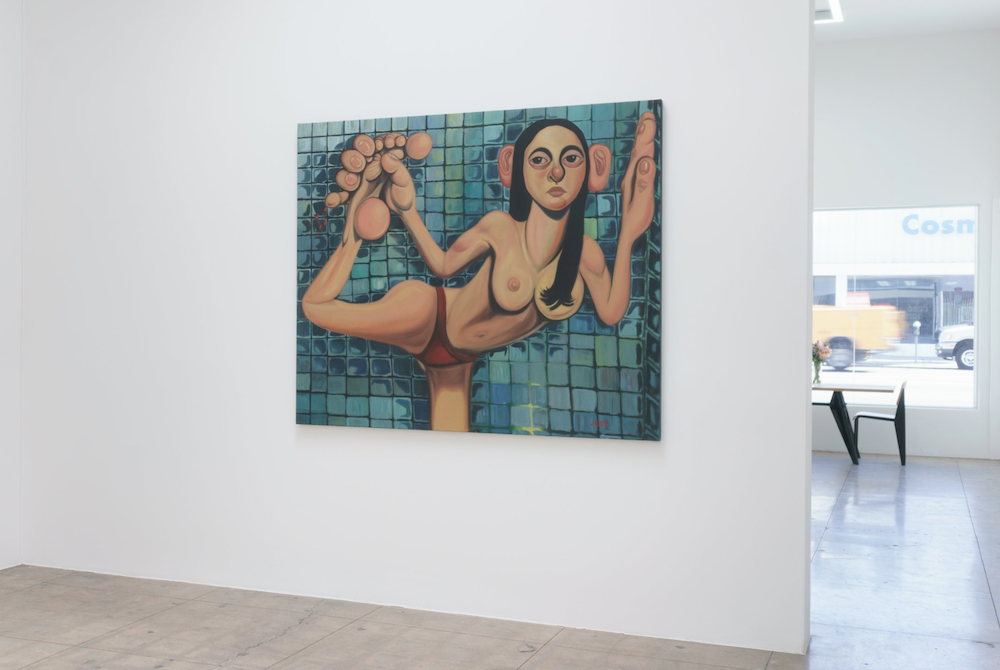 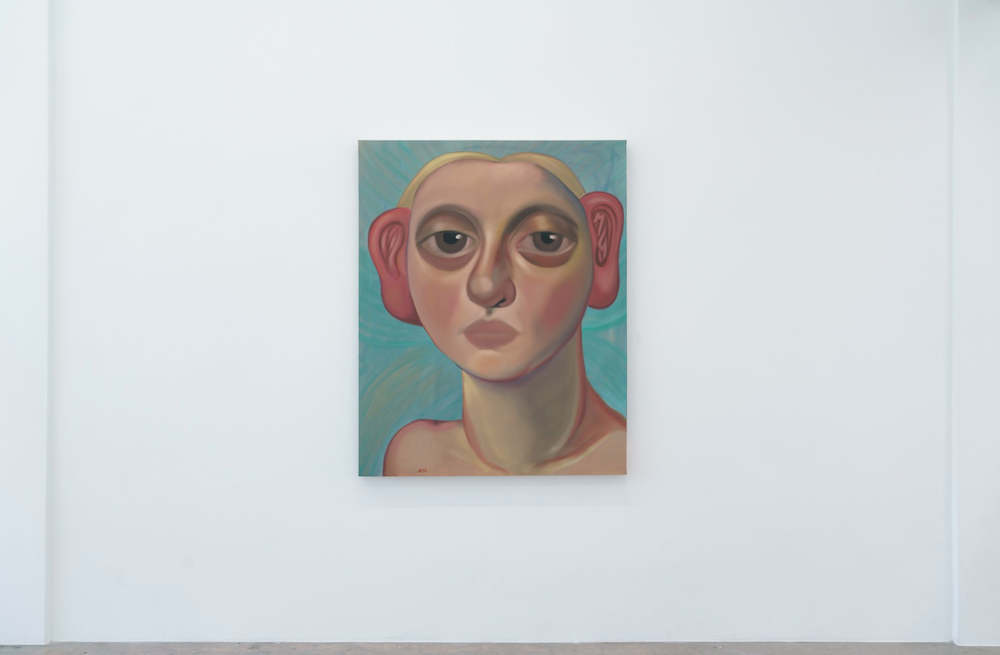 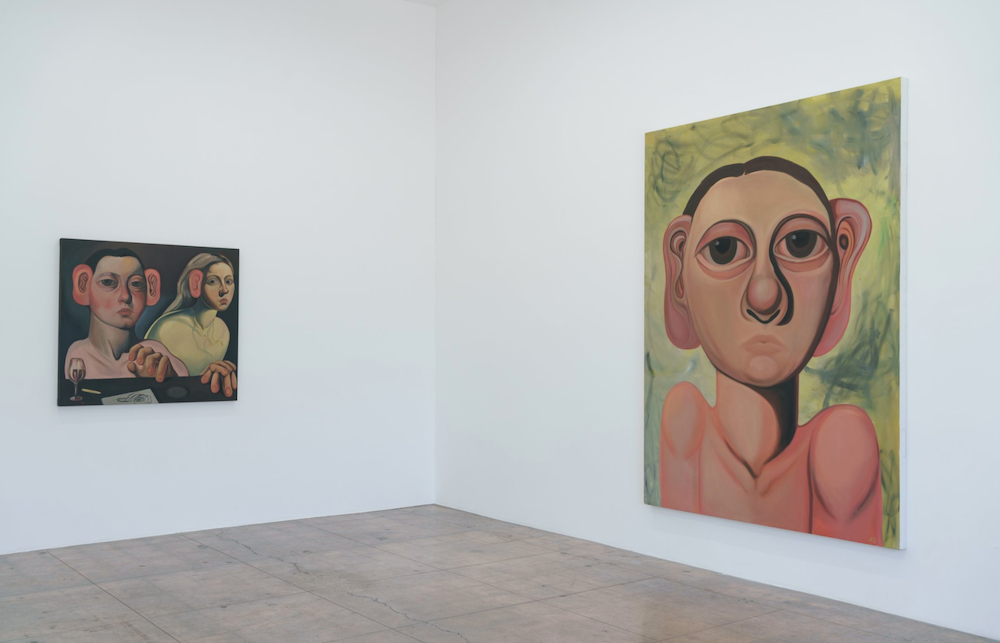 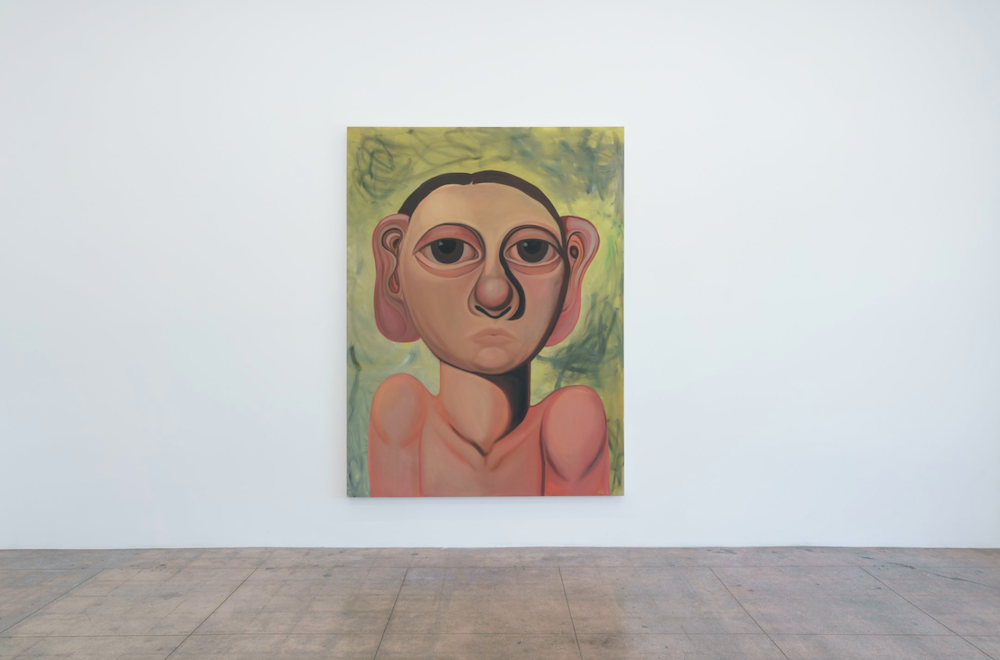 You wonâ€™t notice the droplets of blood at first. Youâ€™ll be too distracted by the physicality of the body before you, with its distorted proportions and grotesque features. Youâ€™ll follow a thigh or thumb or a neckline, a clever Boterismo technique, but the real story is in the face; soon, youâ€™ll make out a mouth that isnâ€™t really there. Then the uber-pinched nose, which leads you to two bulging saucers (think Margaret Keane and her big eyes attached to a Carroll Dunham nudes). But then, as you get closer, maybe a bit introspective, certainly more curious, youâ€™ll sense a profound, abject sadness in the subjects. Itâ€™s hard to say why, but itâ€™s there. The warped proportions become MacGuffins concealing more to the story: a bleeding finger, a syringe, an open window.

Jess Valiceâ€™s figurative portraitsâ€”cartoonish in style, ambitious in scaleâ€”are an ongoing study in the absurdity of human experience. As cells, we are born to die, thatâ€™s our definition, and itâ€™s something Valice, a 25-year-old pre-med dropout, knows intimately. Sheâ€™s lived and worked within the paradox of memento mori since her fatherâ€™s death in August, finding comfort (maybe even purpose) in the human ritual of bereavement. â€œGood Grief,â€ the artistâ€™s debut solo show at Bill Brady Gallery in her hometown of Los Angeles, is a compendium of those two opposing thoughts, finding a happy medium in the waves of loss and mourning against celebration and art.

Zooming out, youâ€™ll begin to appreciate the playful and crude narratives that embellish the 11 paintings. One pours coffee on his own hand, another stretches topless while two wander at sea in a punctured raft. Throughout, they remain ostensibly expressionless; their biomorphic eyes and ears offer no clues. Thereâ€™s a hilarity to the strangeness, a deadpan reaction to uncertainty and pain and adventure. Like how an ear canal or an iris can function as a thumb printâ€”each one unique to its owner, fully formed at birth, unmistakable under magnification and focusâ€”the many faces of â€œGood Griefâ€ share a quality but not a story. That you have to find on your own.