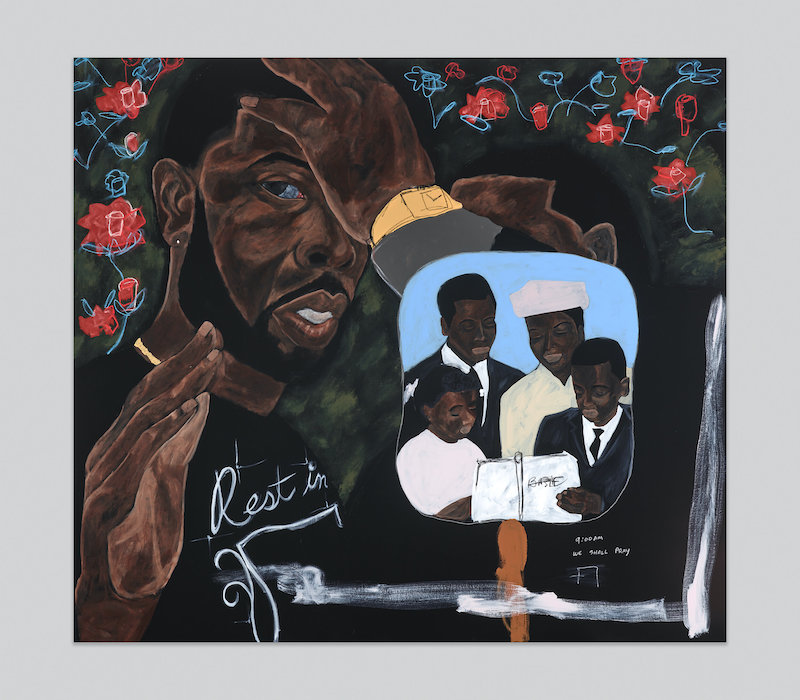 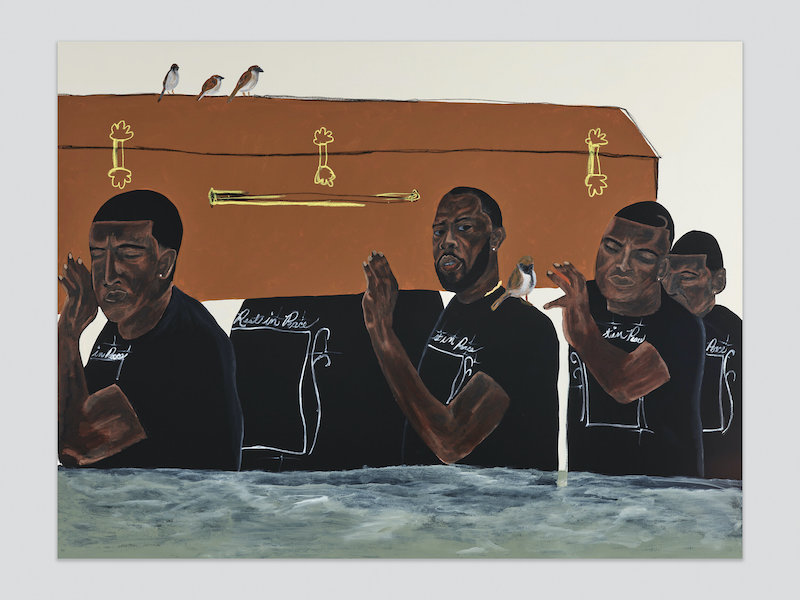 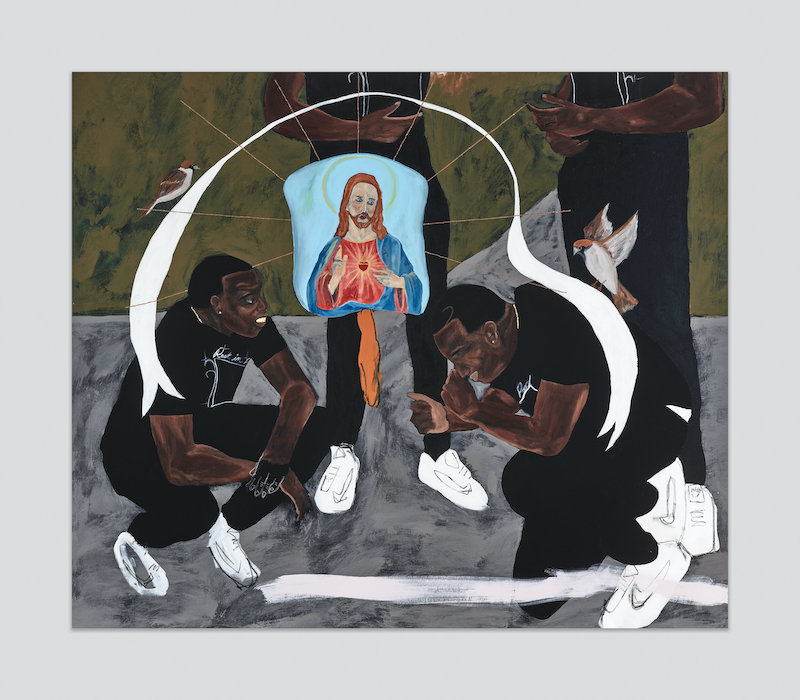 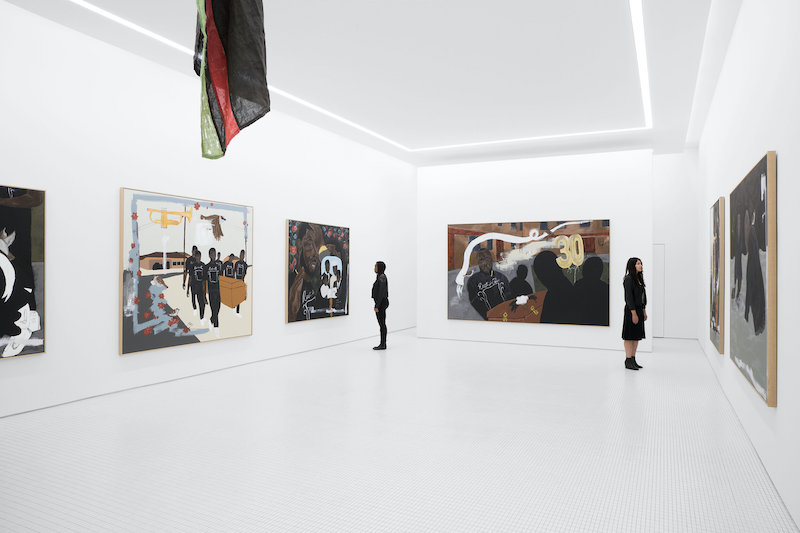 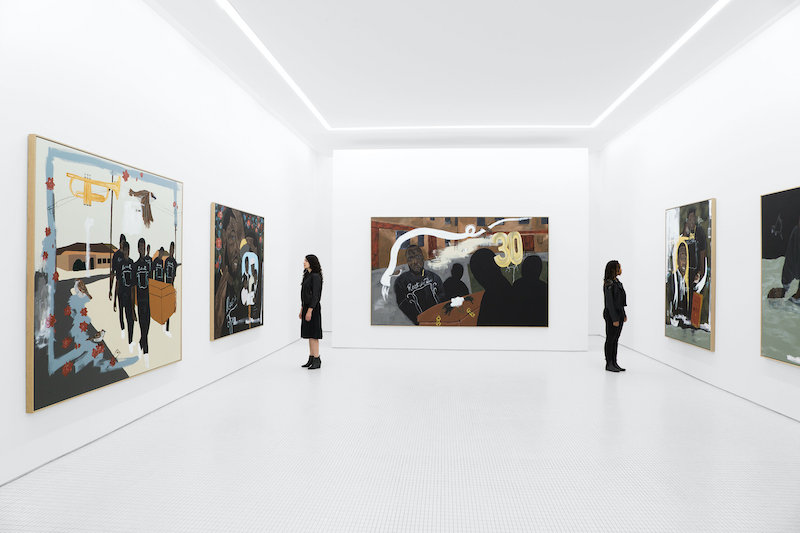 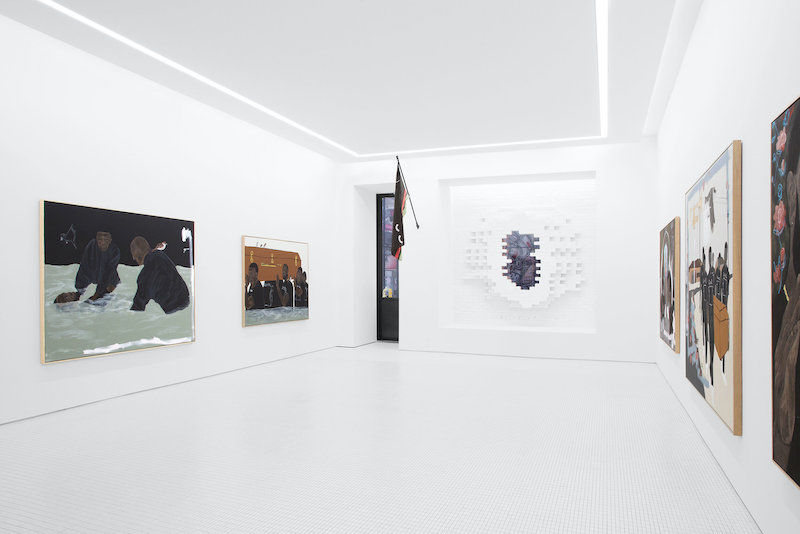 Library Street Collective is thrilled to announce an upcoming solo exhibition with Dallas-based artist Jammie Holmes. Titled Pieces of a Man, the exhibition is the painter’s first solo gallery show, his star having risen quickly during 2020, at a time when gallery spaces were closed and programming was moved online. Holmes has created deeply emotional works for the exhibition, the culmination of decades of reflection on his own life, faith, and loss. The despair of the pandemic and the ceaseless killing of Black Americans at the hands of police further deepens the complexity of the works.

The paintings created for Pieces of a Man present a narrative in which the artist has lost someone close to him; an occurrence, he says, that is all too familiar for people who come from a neighborhood like his. Across America, loss of the young in particular is too often the result of gun violence that stems from deep and long standing social and racial inequity, where people of color in poor communities are forced to struggle to survive. The artist represents himself in a number of the works, connecting them in a personal dialog that he hopes can translate universally. With Holmes’ inclusion, the viewer is presented with the weight of emotion and ritual that accompanies bereavement, and is given space to share in this experience through personal memories of lives lost. His eyes stay fixed on the viewer throughout, amplifying his own complex feelings and offering support.

One ritual in his hometown of Thibodaux, LA surrounding the death of a loved one involves making black T-Shirts that feature an image of the deceased and the words ‘Rest in Peace.’ In pastworks, the artist has included an image of his cousin on these shirts, who was a crucial support of Holmes’ art growing up. In leaving the portrait blank in the shirts depicted here, death is presented as universal and an inevitable end for us all. Moreover, this omission allows the viewer to imagine the face of someone they have loved and lost in their own lives.

A number of the works illustrate an immersion in water, symbolizing baptism and the cycle of birth and death. In “Carrying Caskets #2”, the artist depicts himself as a pallbearer carrying a casket through water, and the weighty burden of loss is felt at the boundary between life and death. “From What I Was Told” features a game of dice played at a wake - a game of chance - and a church fan depicting a white savior floats at the front of the canvas. Here, Holmes portrays the limitless yet conflicted faith that many Southern Christians hold, steadfast in a belief of something bigger, despite a false and damaging veneration of whiteness.

Jammie Holmes, Pieces of a Man will be on display at Library Street Collective from May 22 through June 17, 2021.