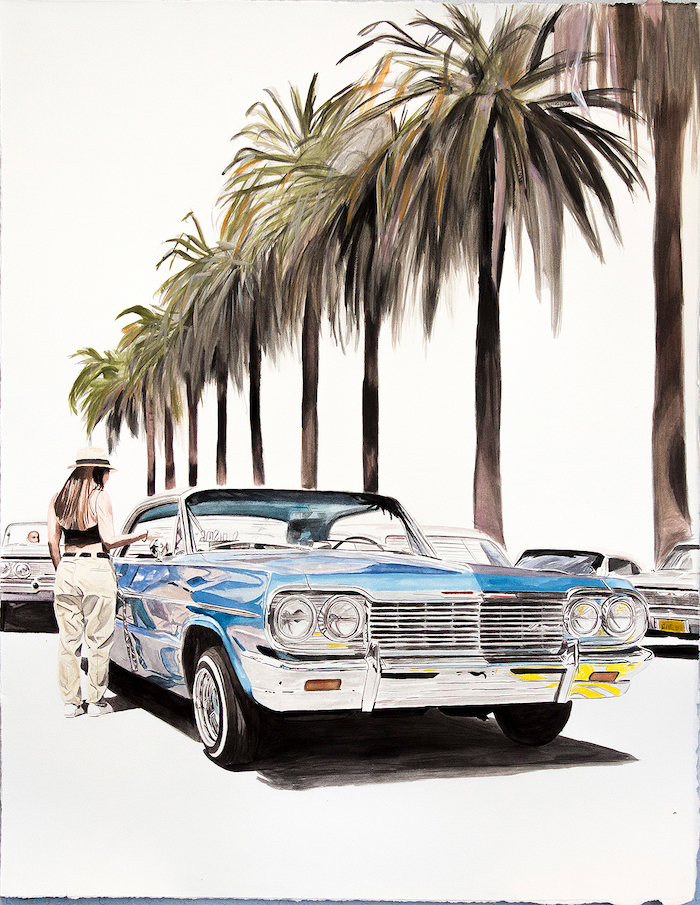 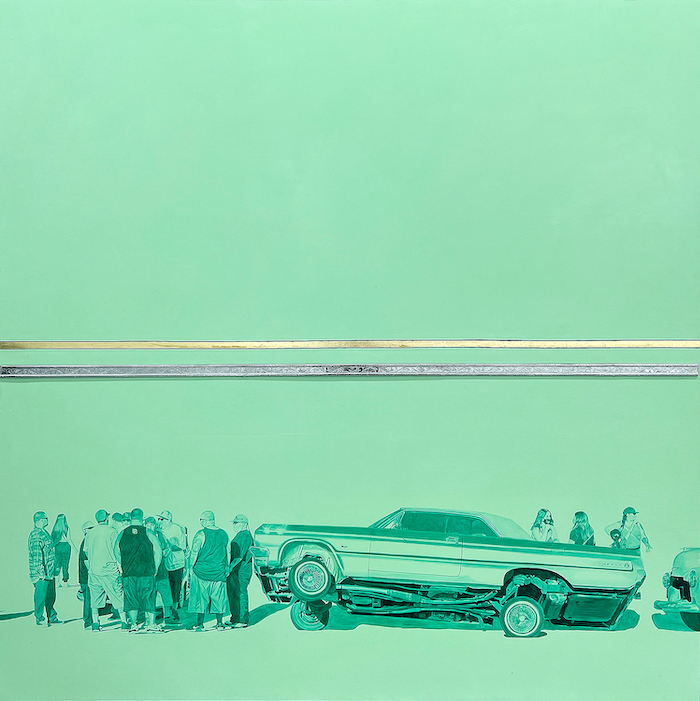 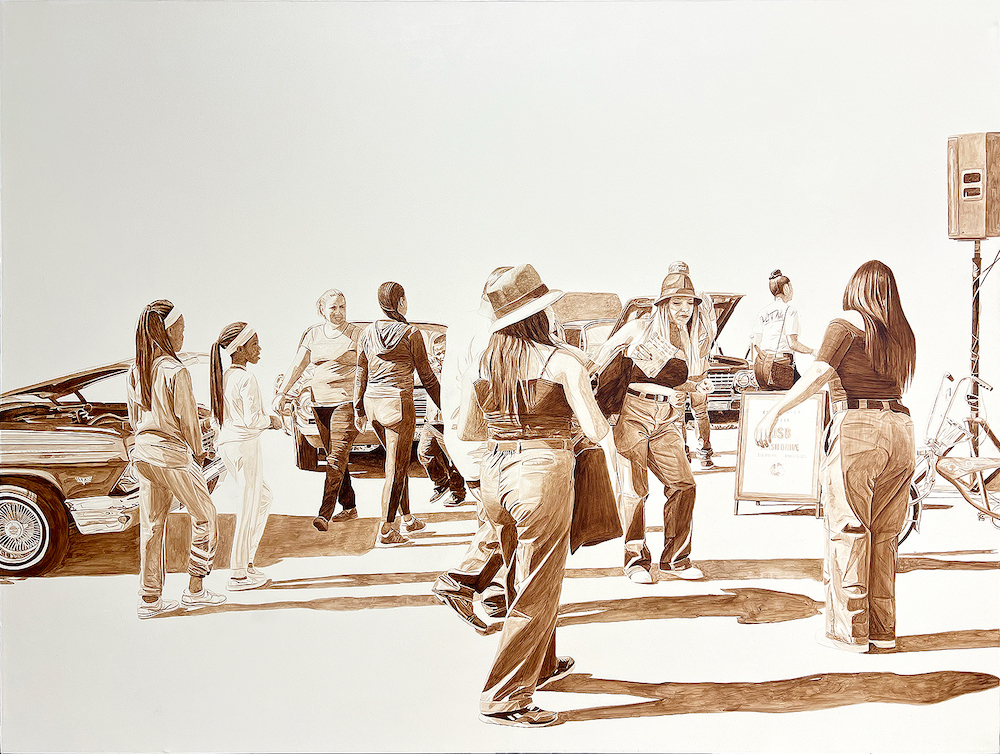 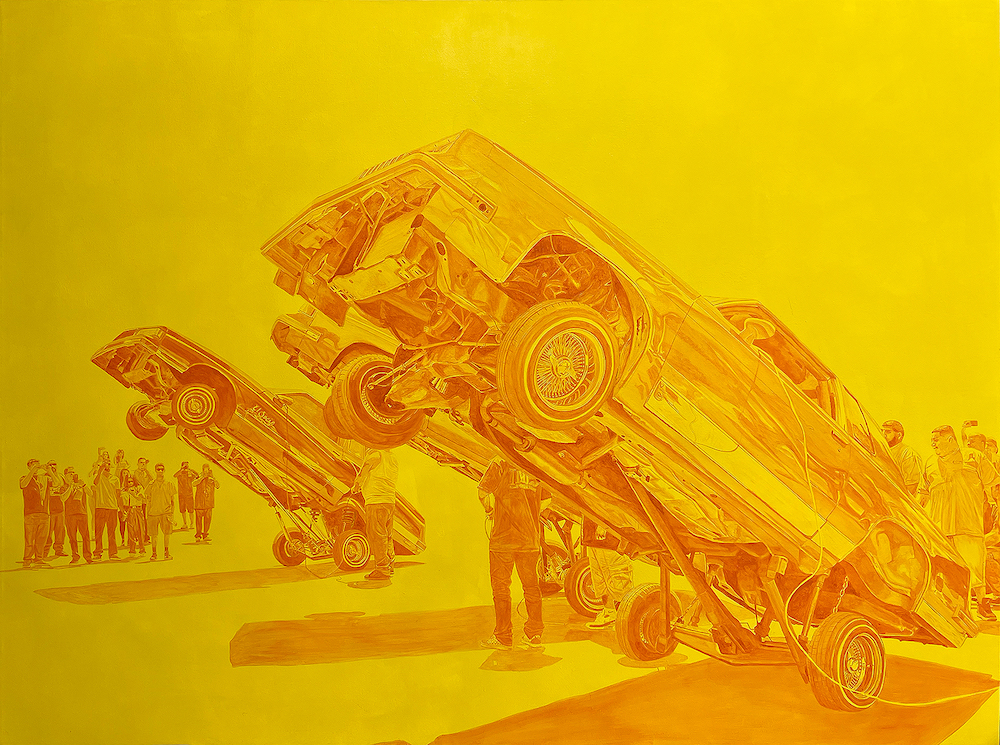 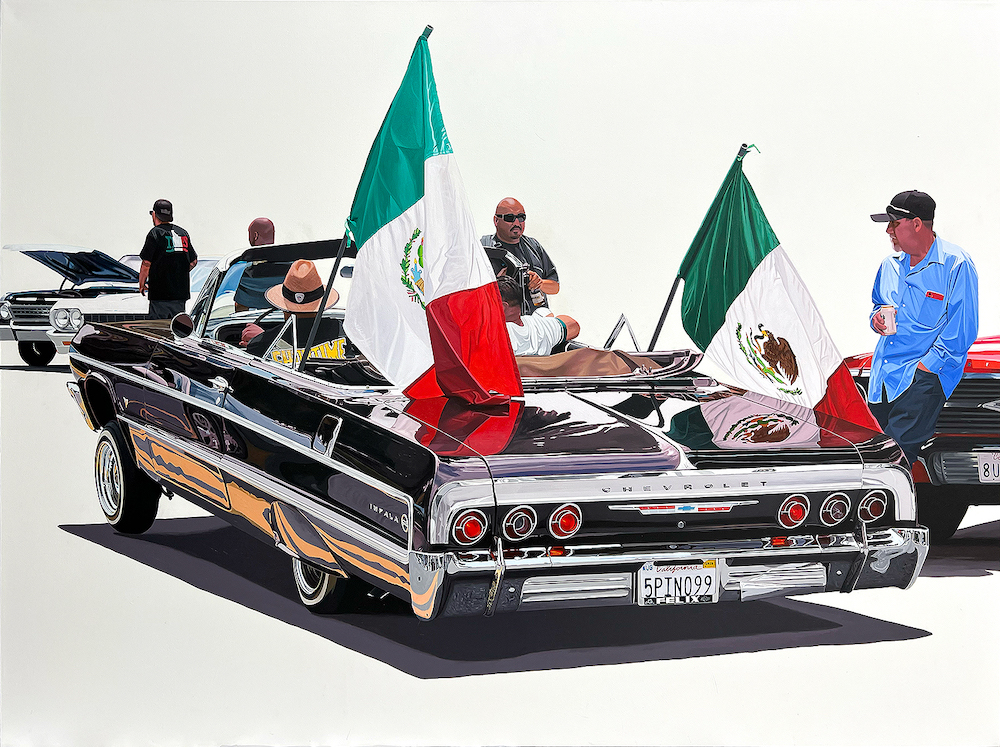 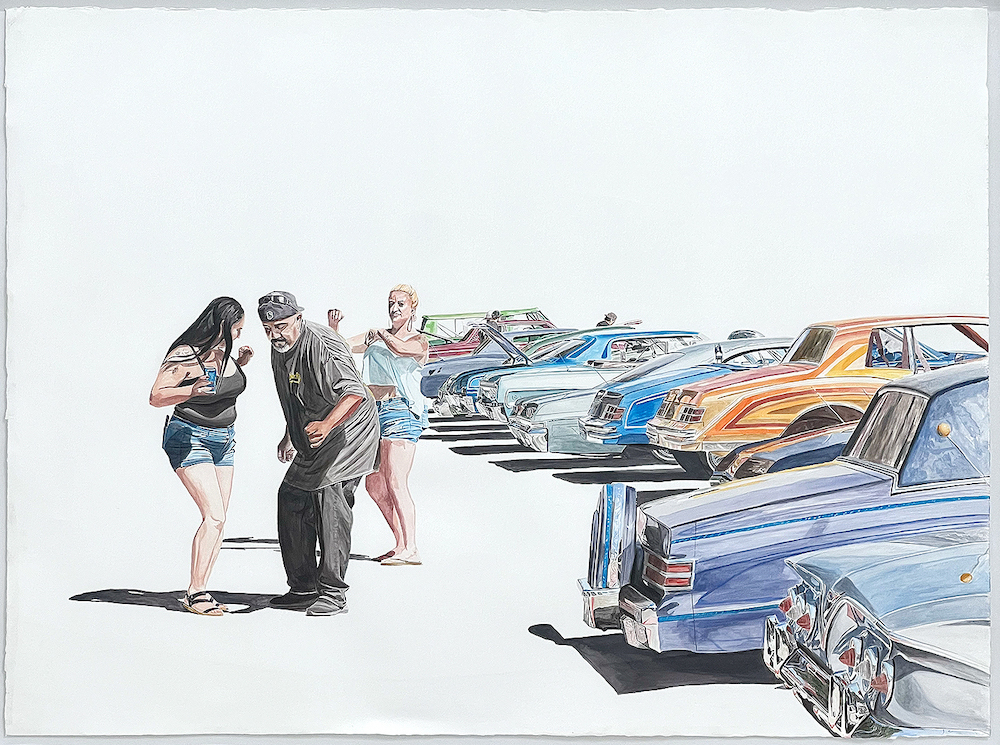 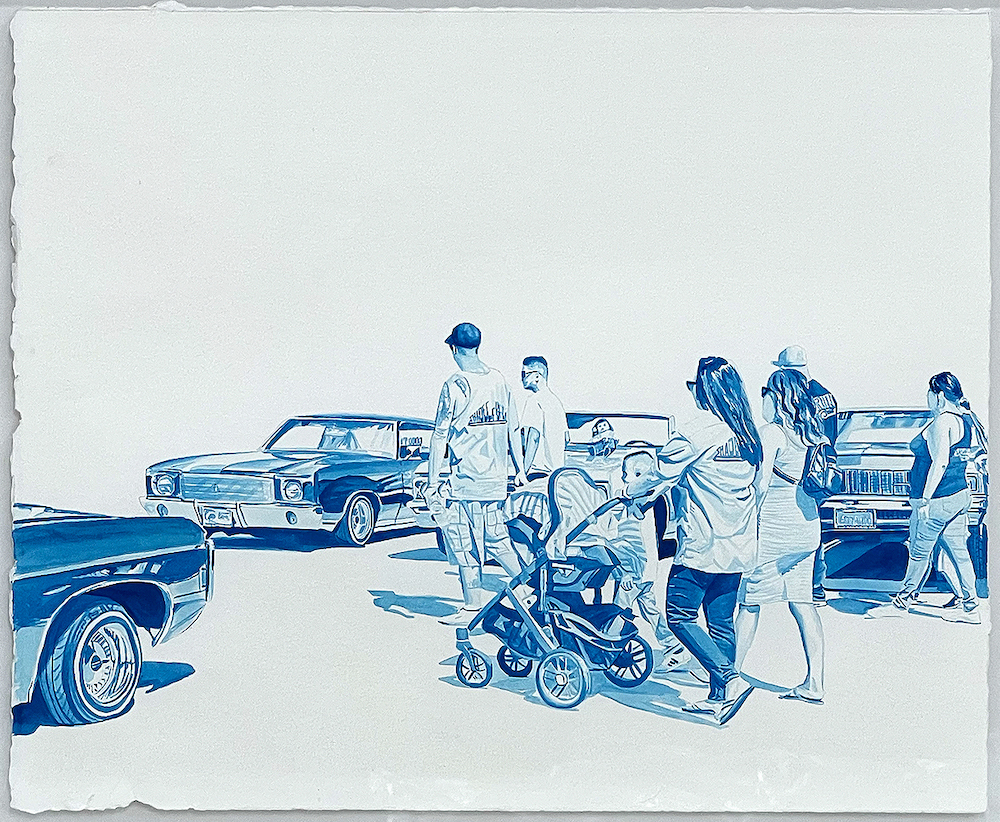 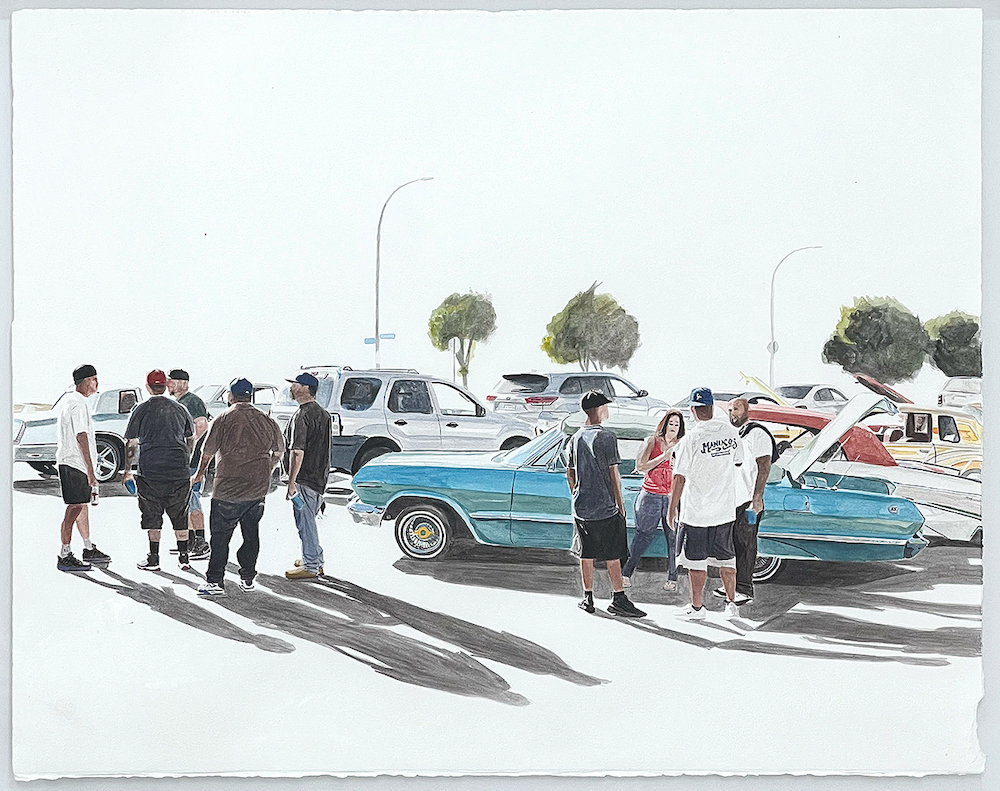 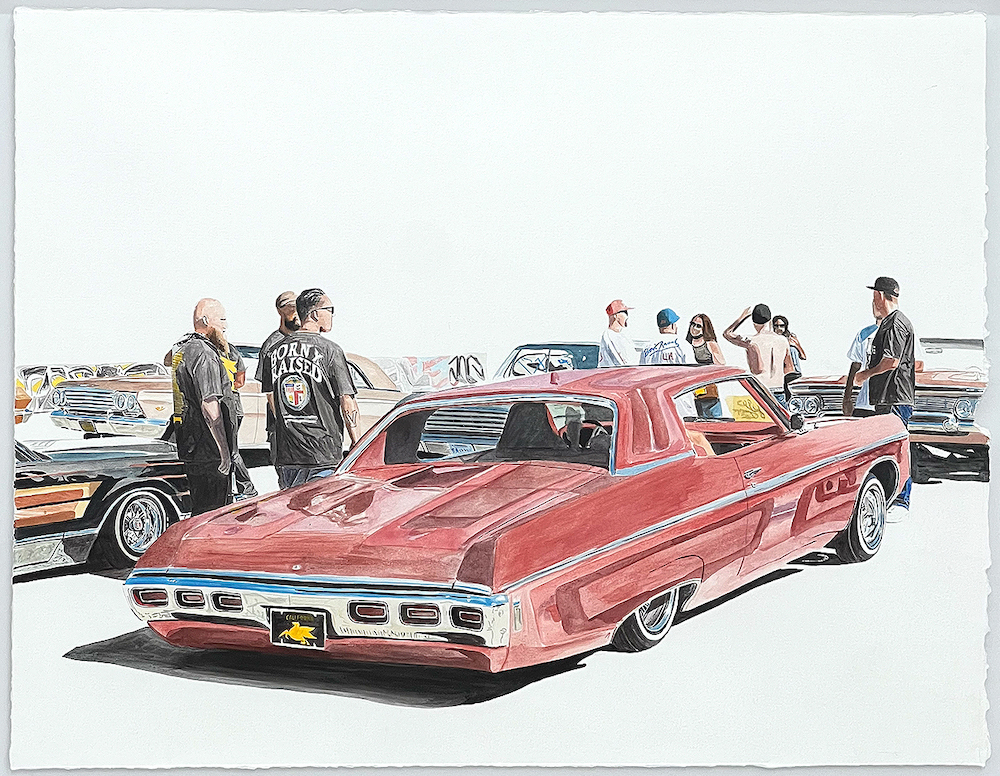 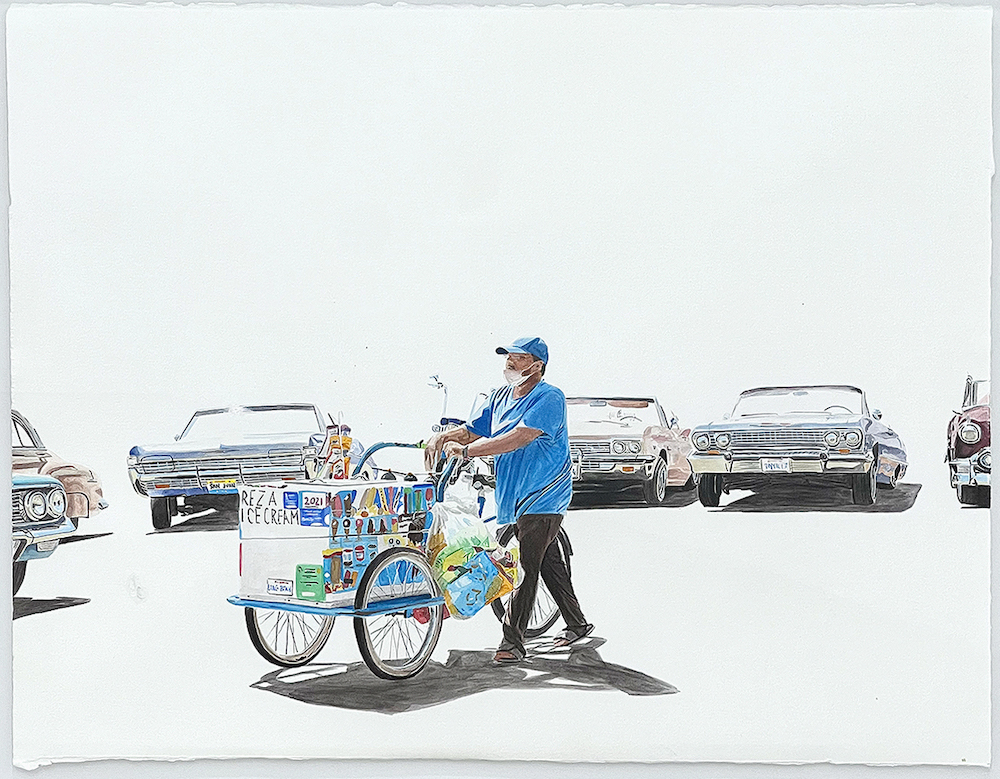 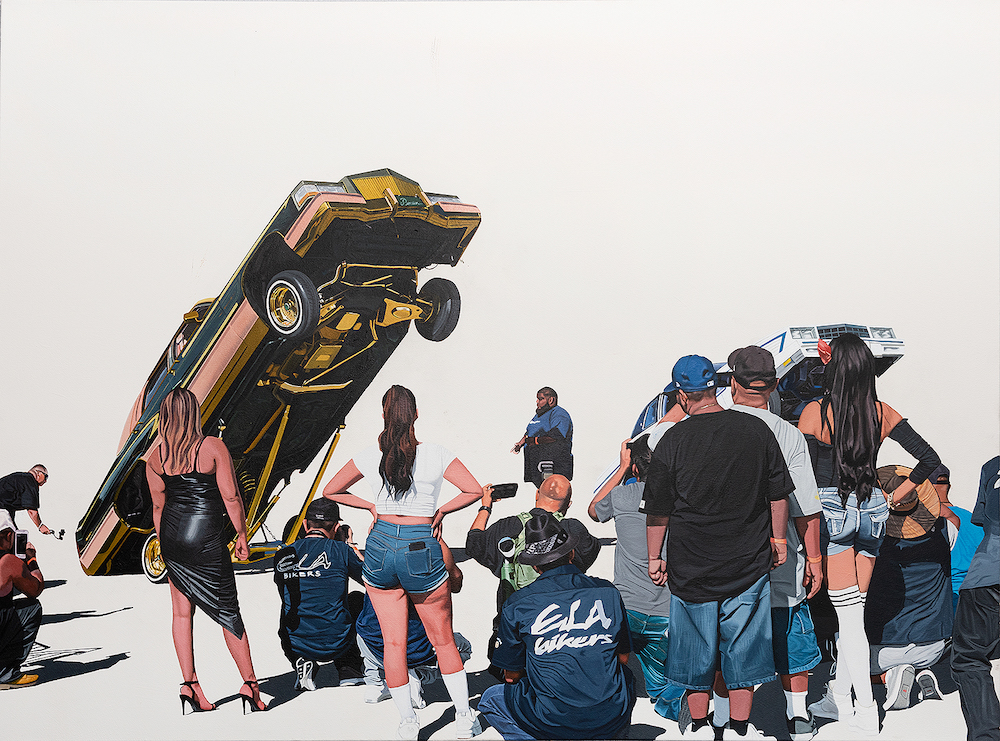 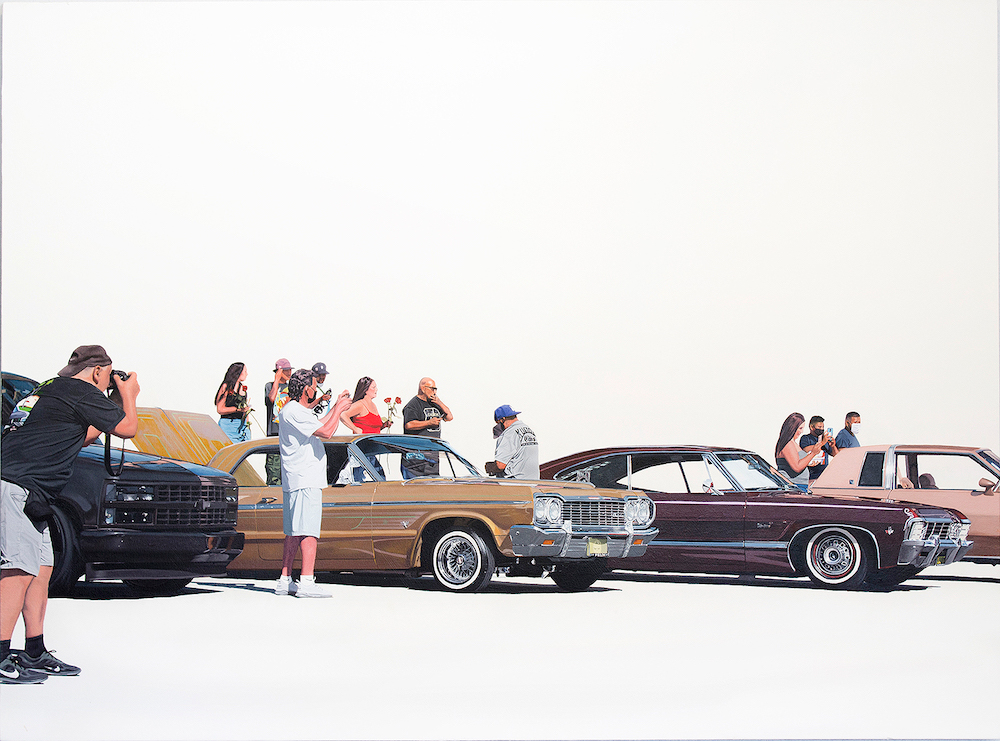 There are many different versions of Los Angeles. Not just culturally, as it is one of the great diverse places of the United States, but historically. Time seems to overlap here, where the city is not quite settled but seems to be in constant transition. It moves. The Perez Brothers have painted this movement in their work, and through a unique perspective of LA, they transform the city into an organic portrayal of car culture and the history of custom lowriders and the expanse of the California landscape. Cruise Night 2, on view at Thinkspace Projects starting on August 6th, is an ode to that LA they grew up in.

“One of us paints all the details of the people in the image and then the other one paints all the details of the cars, including the chrome on the wheels," the Perez Brothers noted. "We tag team all of it. Sometimes we do half and half, and then we realized our styles would be better combined so there’s pieces of each of us in all of the art.” At the heart of the show, its a love letter to LA, six paintings and seven works on paper that could only be from this place. —Evan Pricco