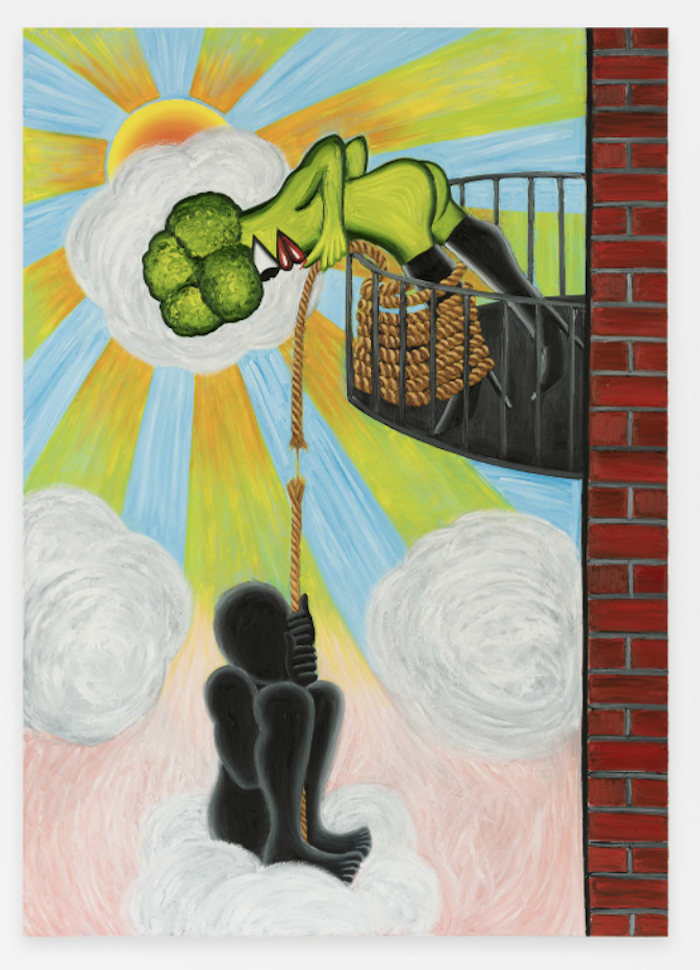 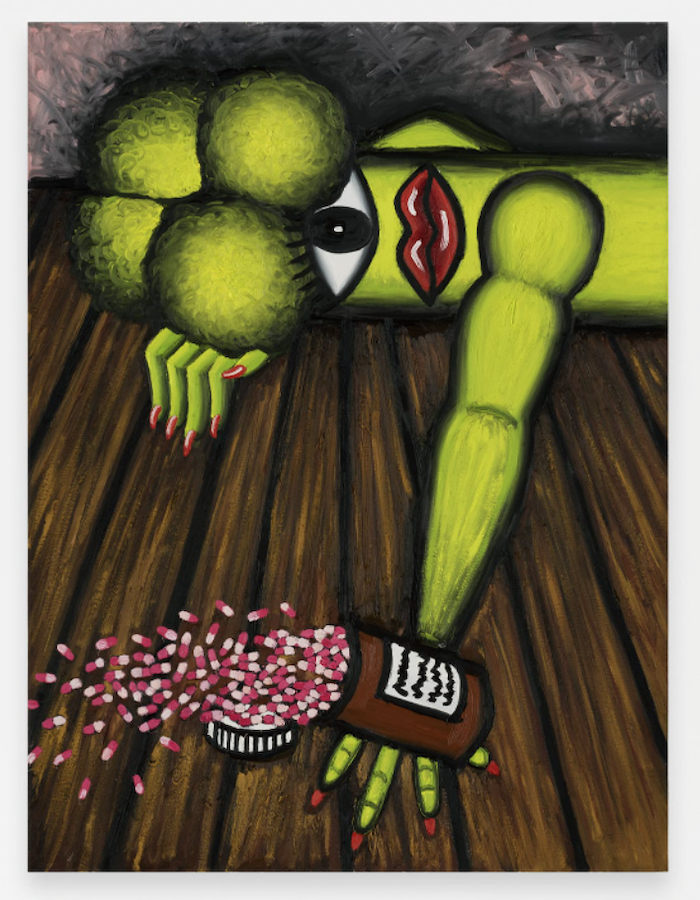 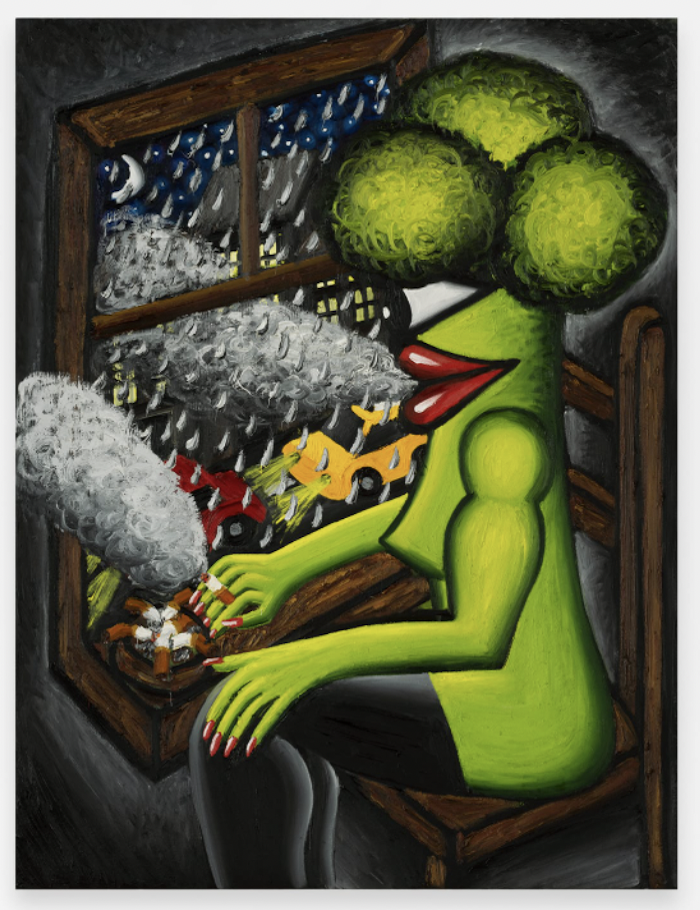 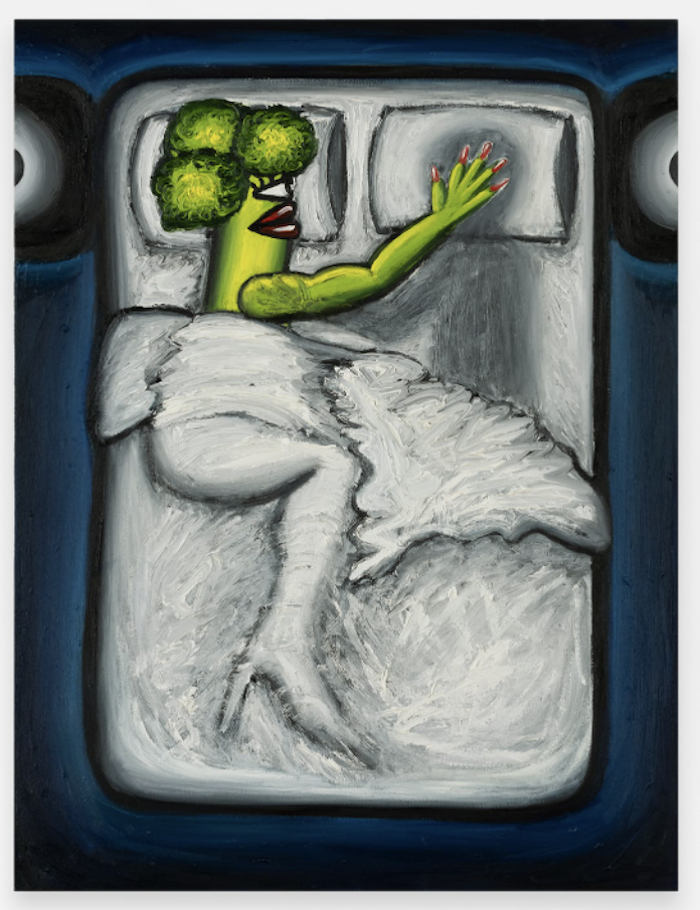 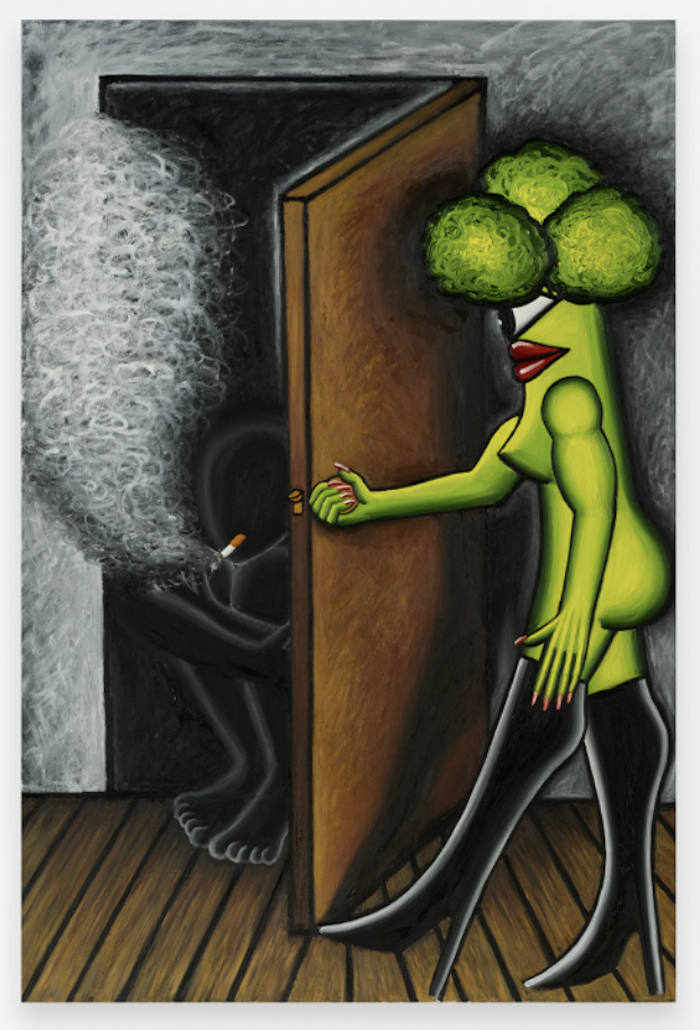 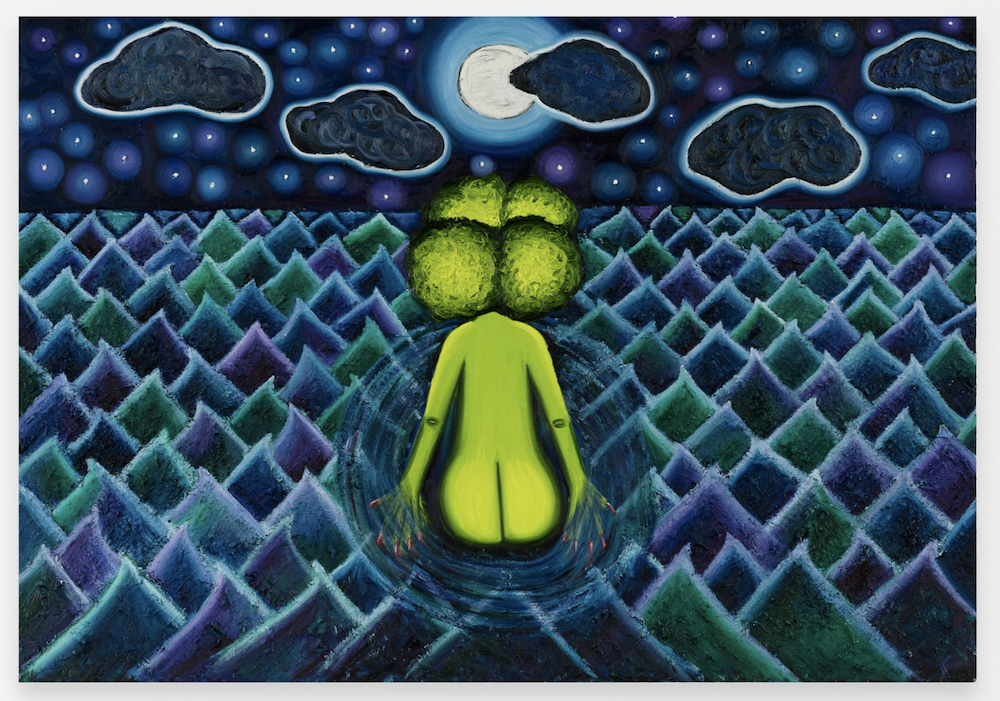 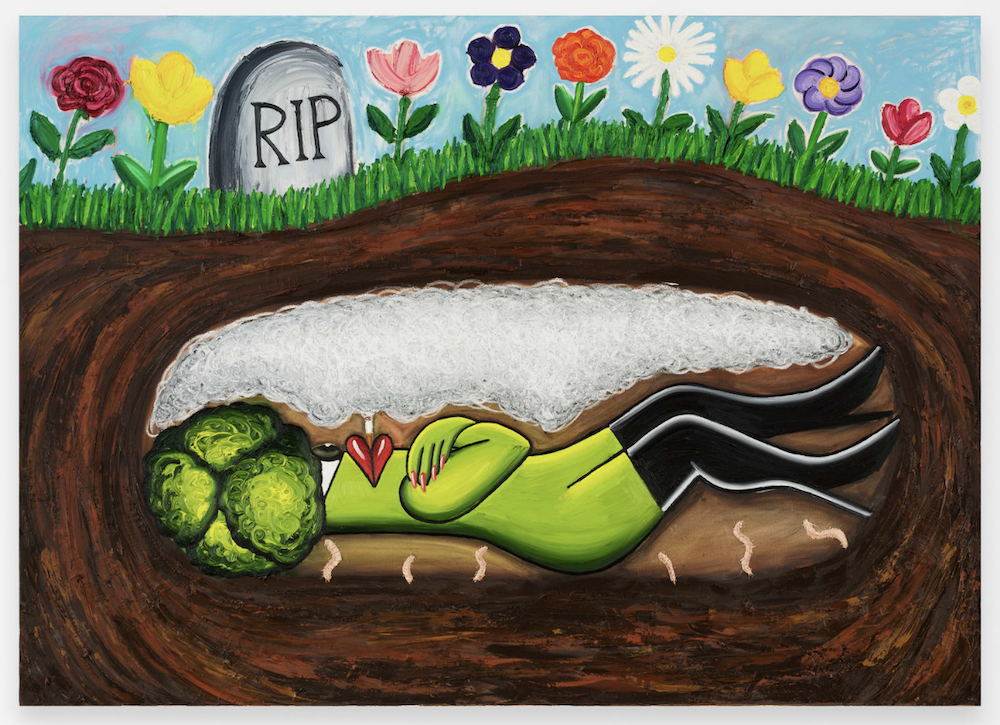 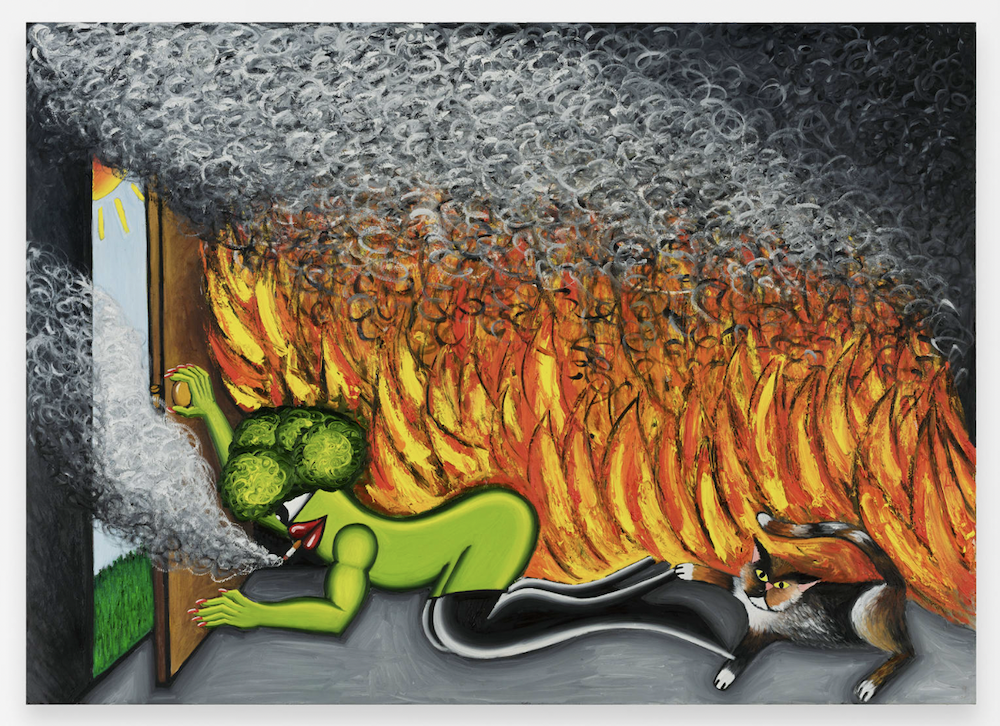 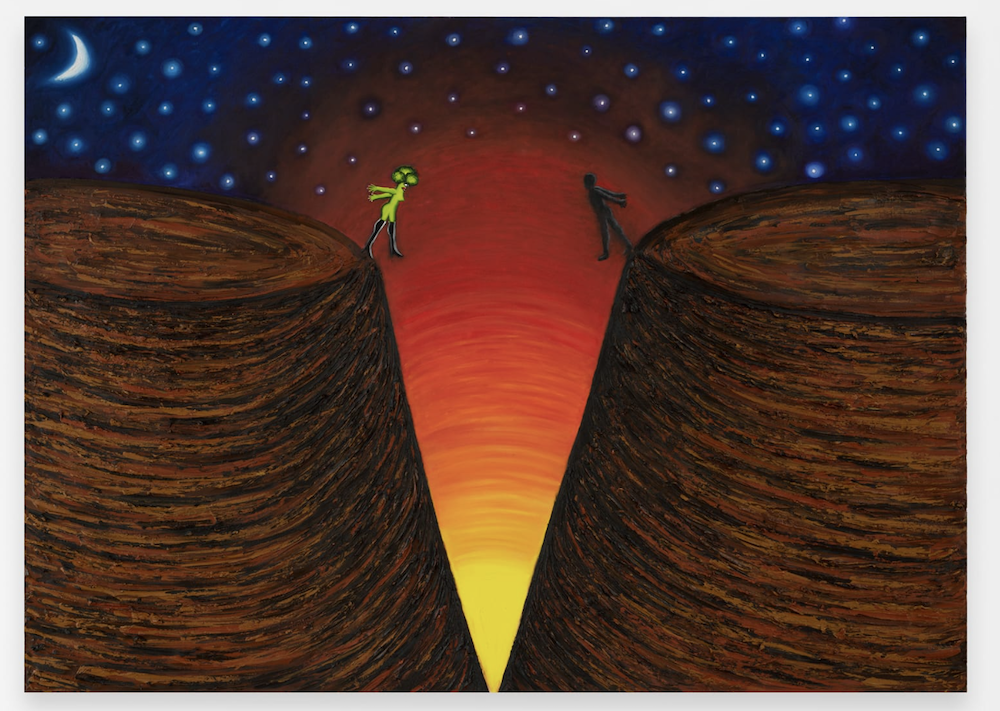 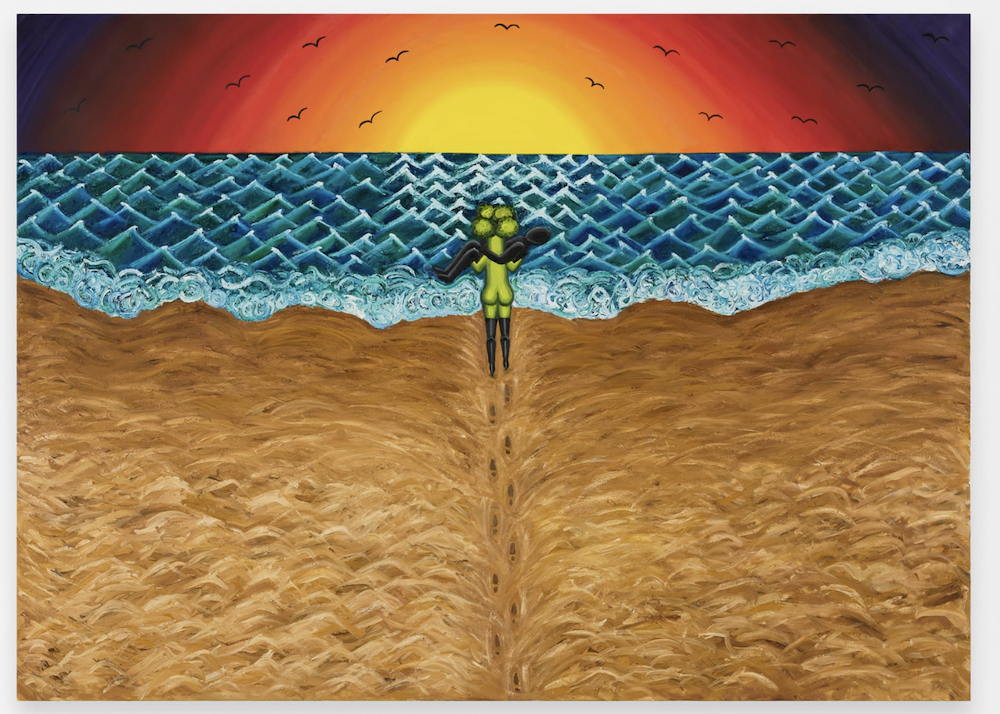 "I realized that she is an 'other,' being green and different," Hein Koh told us in our current Spring 2022 quarterly. "As an Asian-American female artist weirdo, I'm so used to being a minority that I don't think too much about it on a daily basis.  However, the way I navigate the world is unique to my identity, and that comes through my vegetal women too. They're relatable, though—I don't want them to appeal just to a small niche audience, I want their experiences to be collective and universal."

The Broccoli character is the star of the show, literally, at Anton Kern in Koh's newest solo show, On the Edge of Precipice. As the gallery notes, "Sometimes joining the Broccoli woman in this body of work is a new character, The Shadow. It acts in multiple ways: as both a partner for her to interact with; in the Jungian sense of one’s own shadow (and facing it); and as a metaphor for the idea of aging and becoming a shadow of one’s former self. The darker nature of the work is grounded, however, in a fundamental optimism. The Broccoli woman accepts, even embraces, her shadow. Likewise, Koh is unafraid to express the fear and uncertainty of middle age, the disillusionment that can come with all that goes on in the world today, and the existential questions that arise as a result. The Broccoli woman is on the edge of a precipice, but there seems to be something new and exciting beyond it."