Joakim Ojanen Opened The Doors Of A Snake Pit @ The Hole 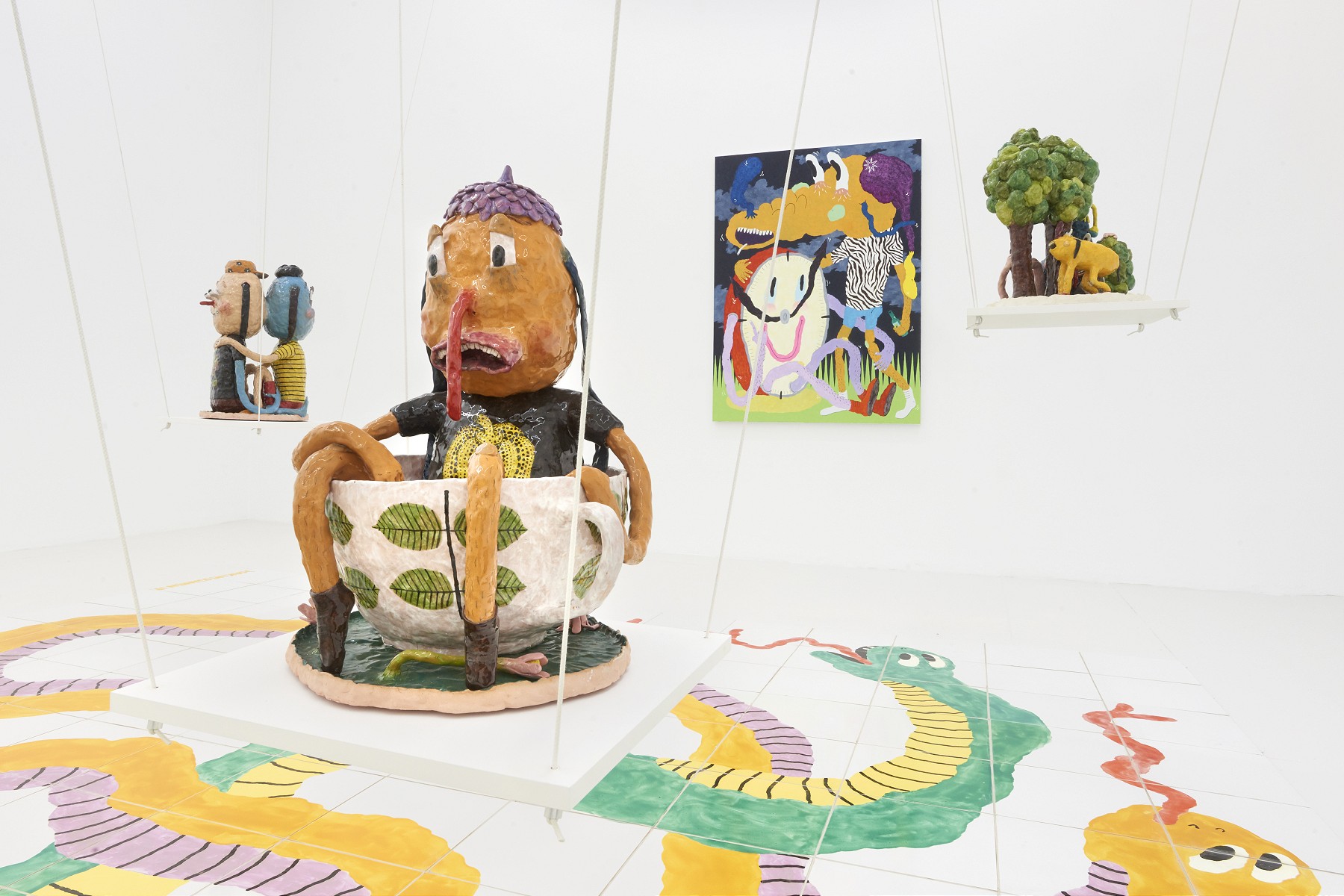 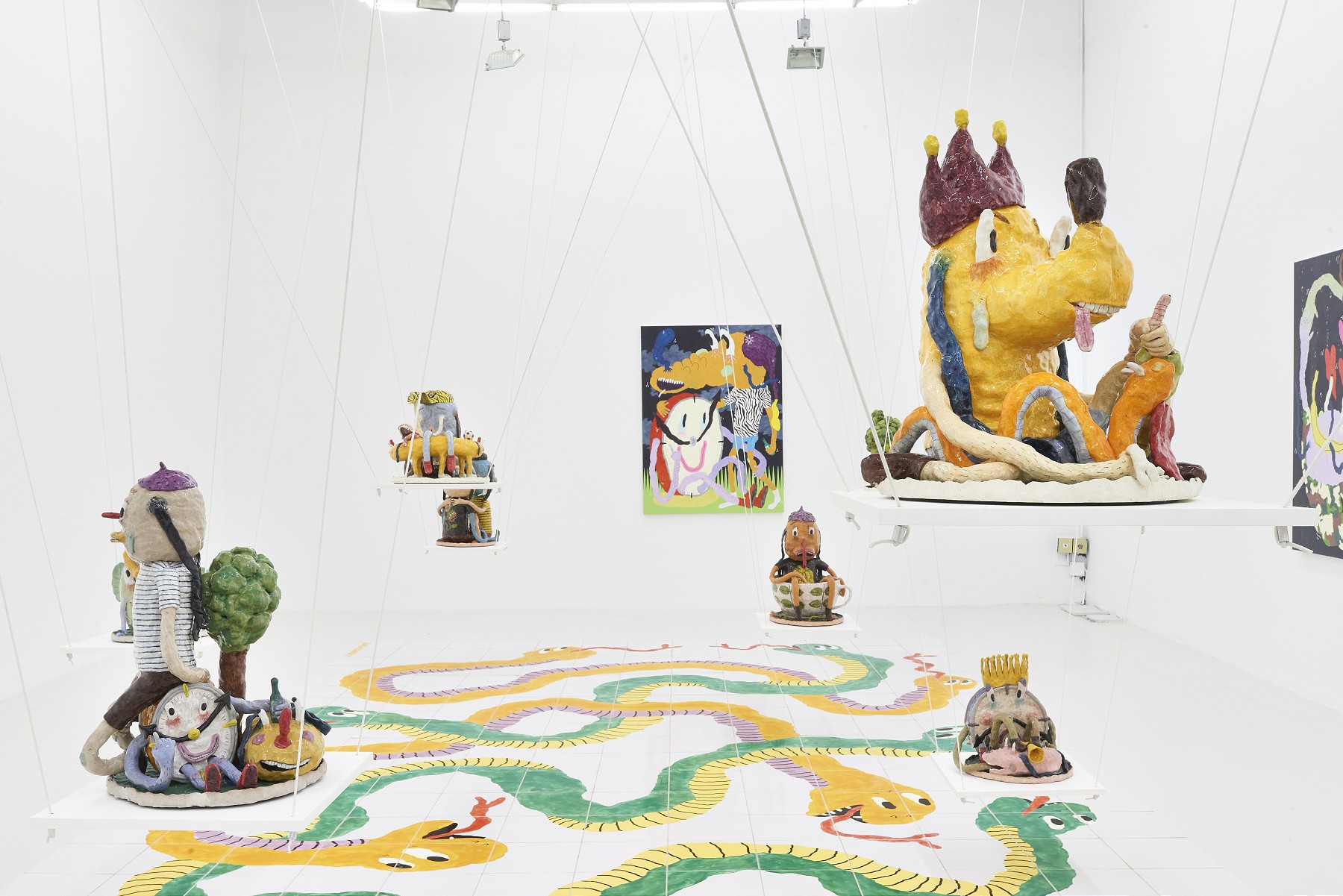 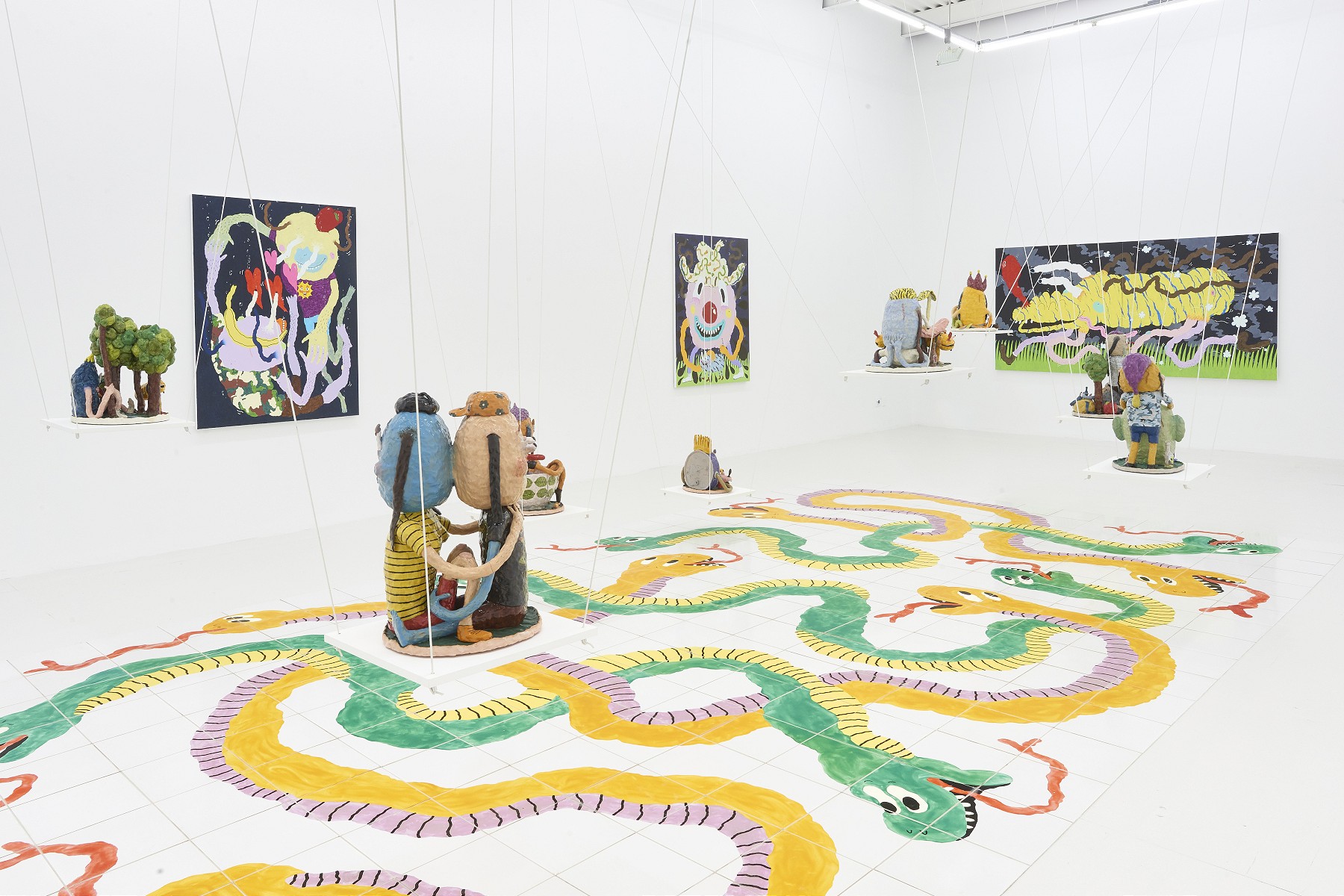 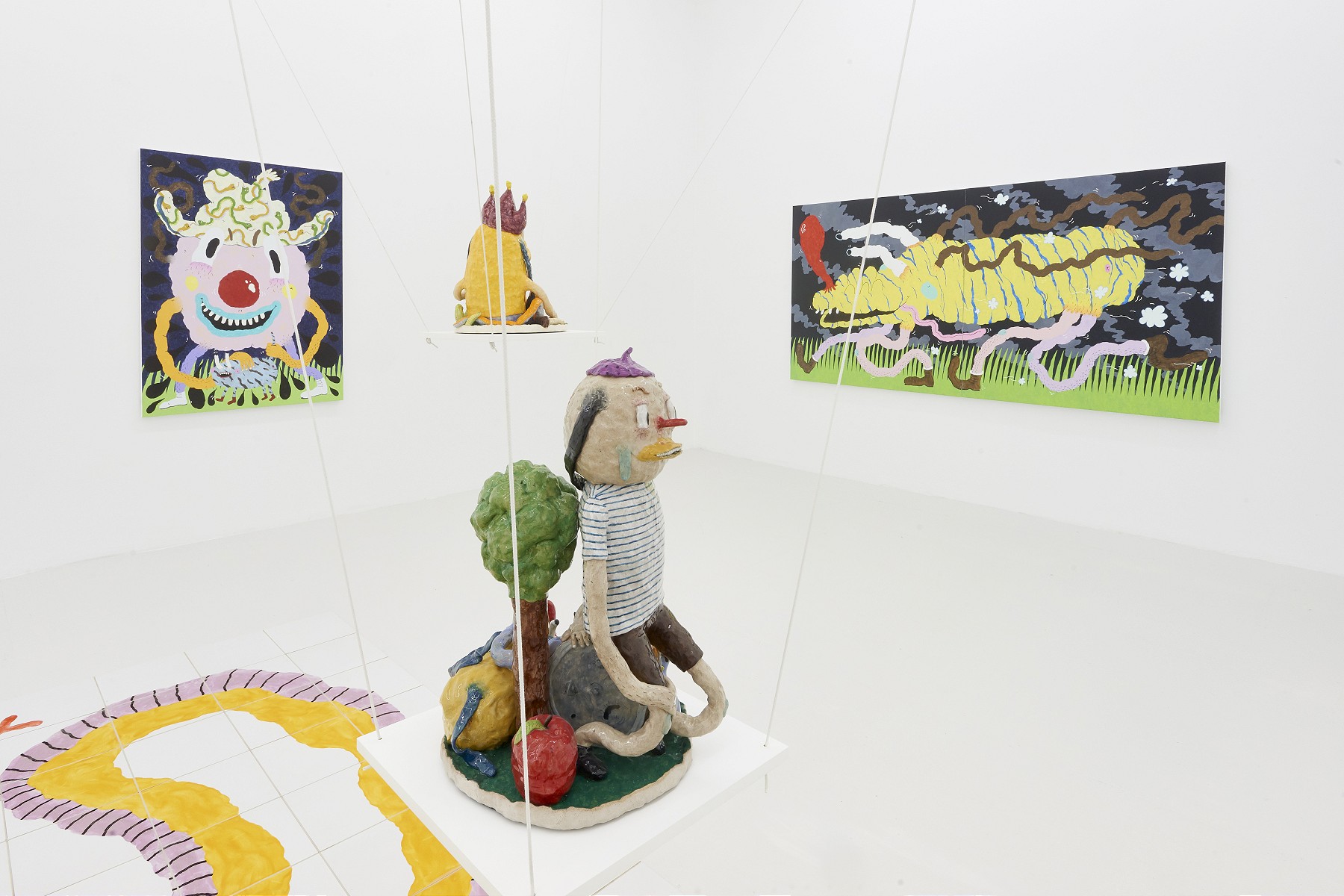 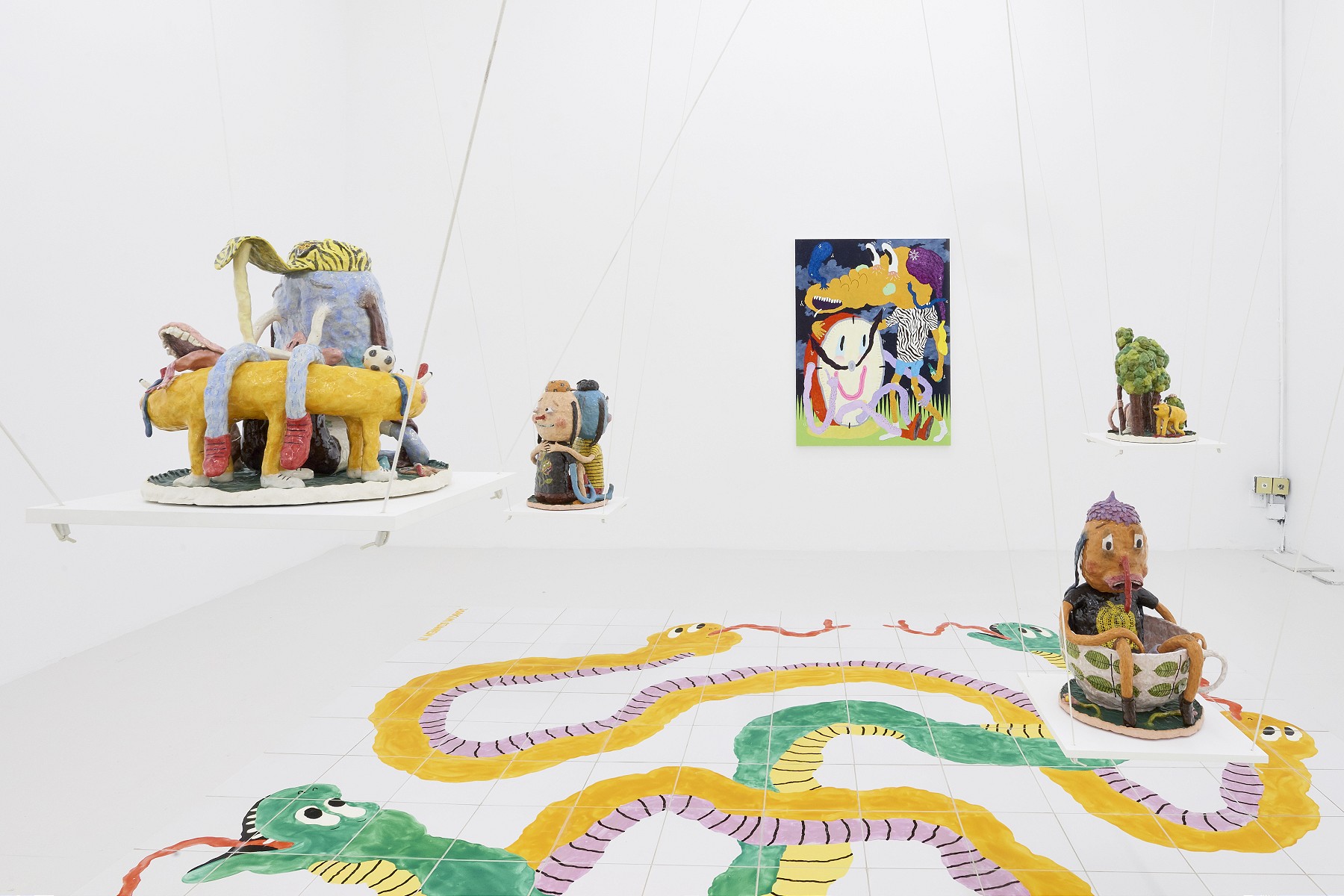 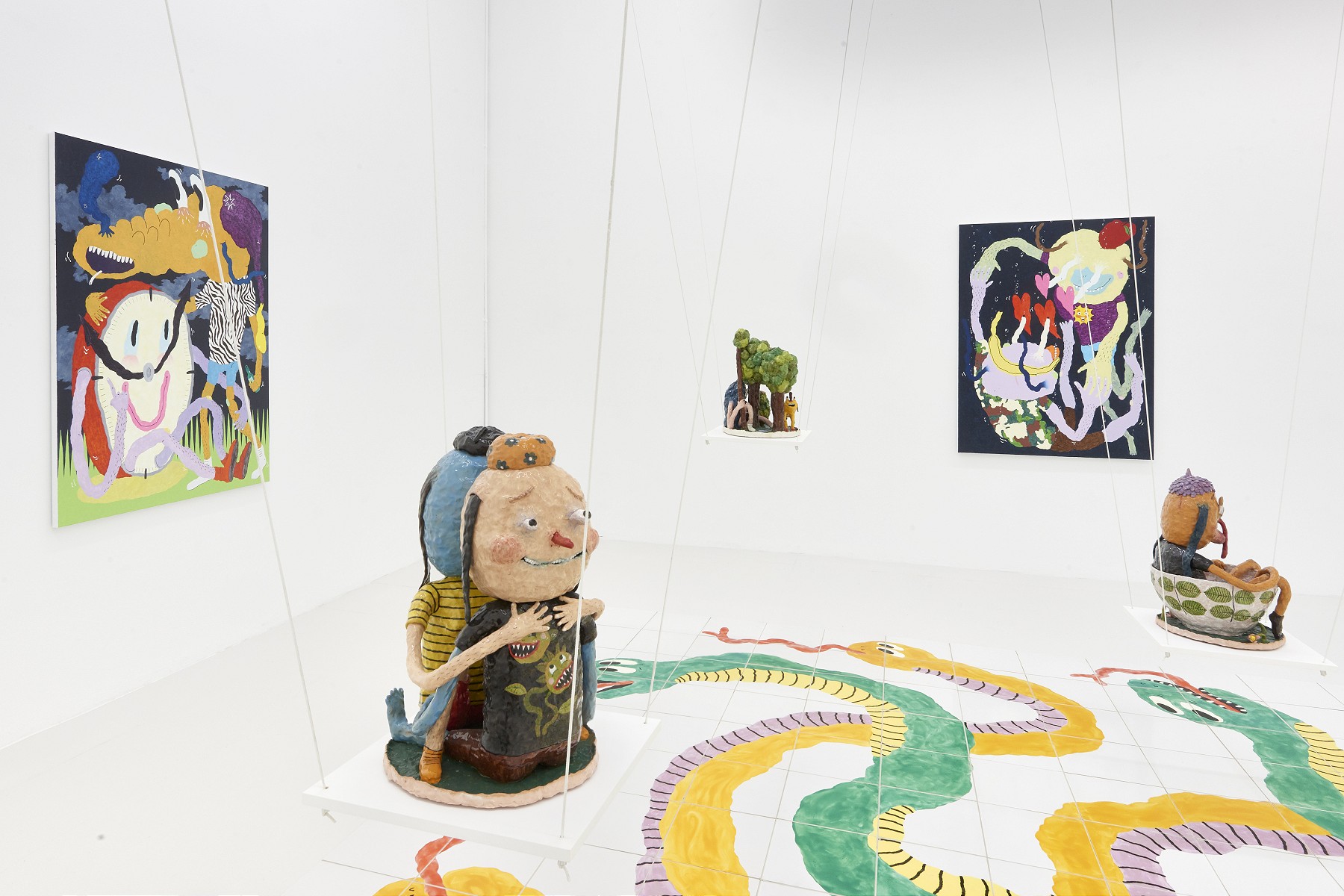 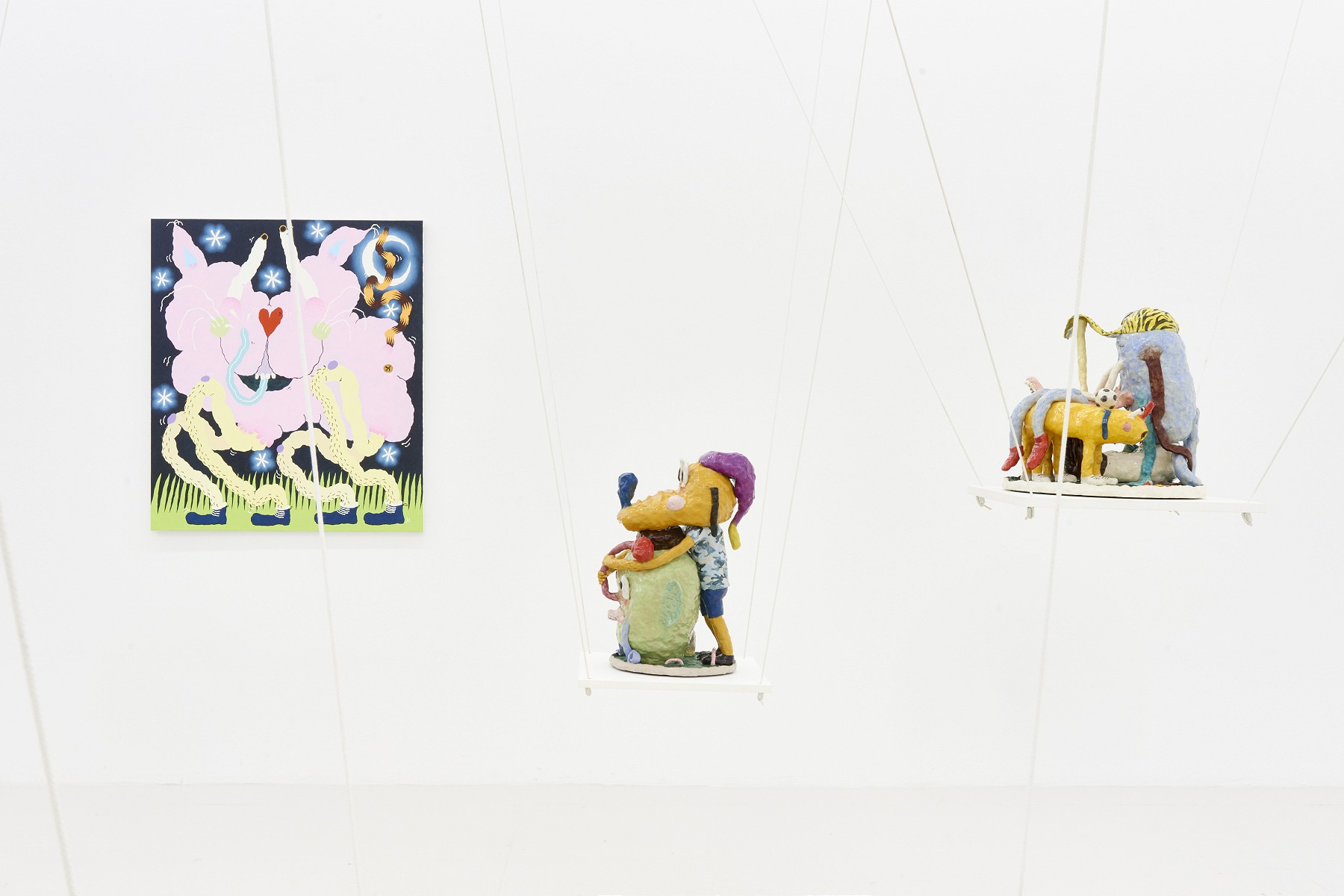 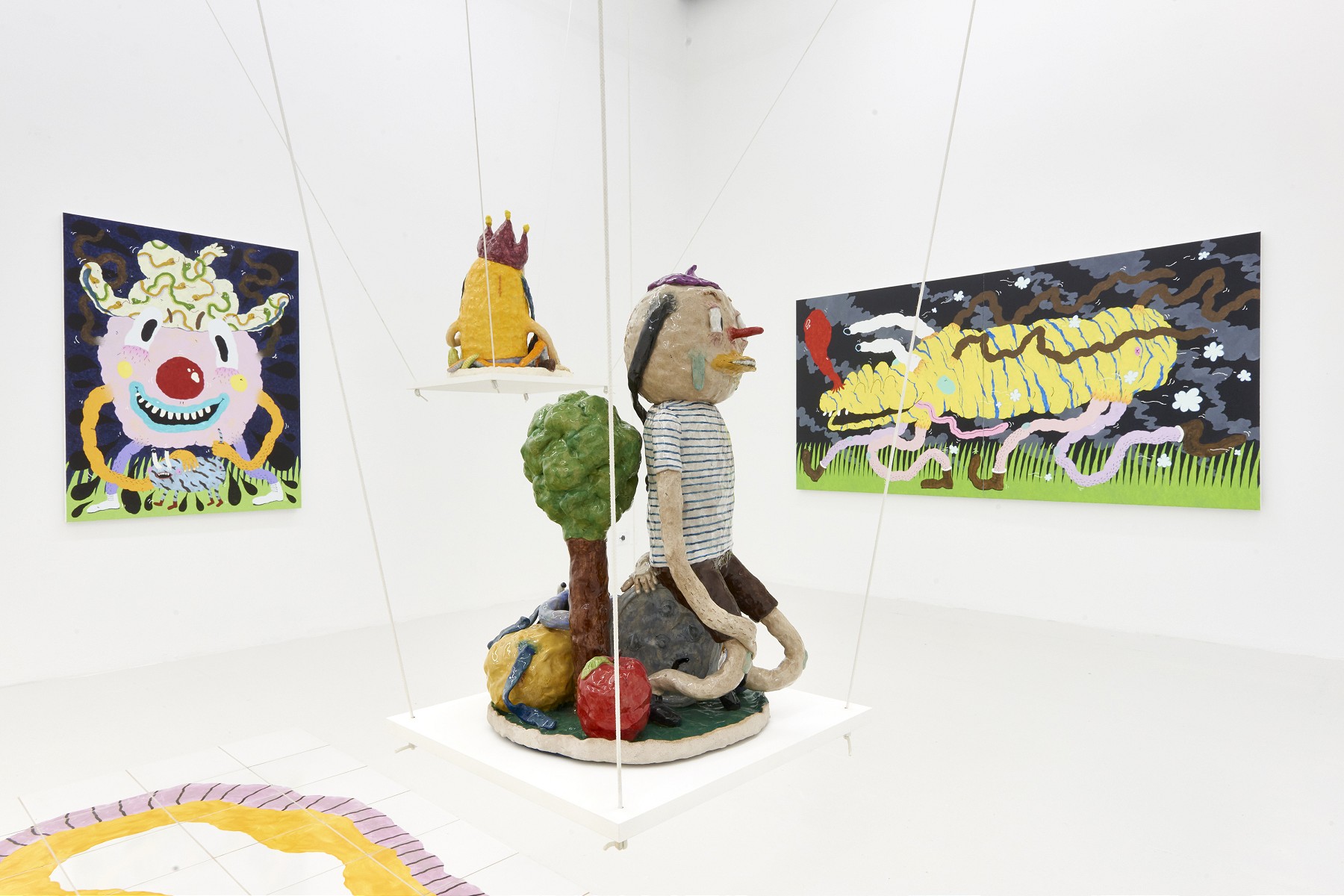 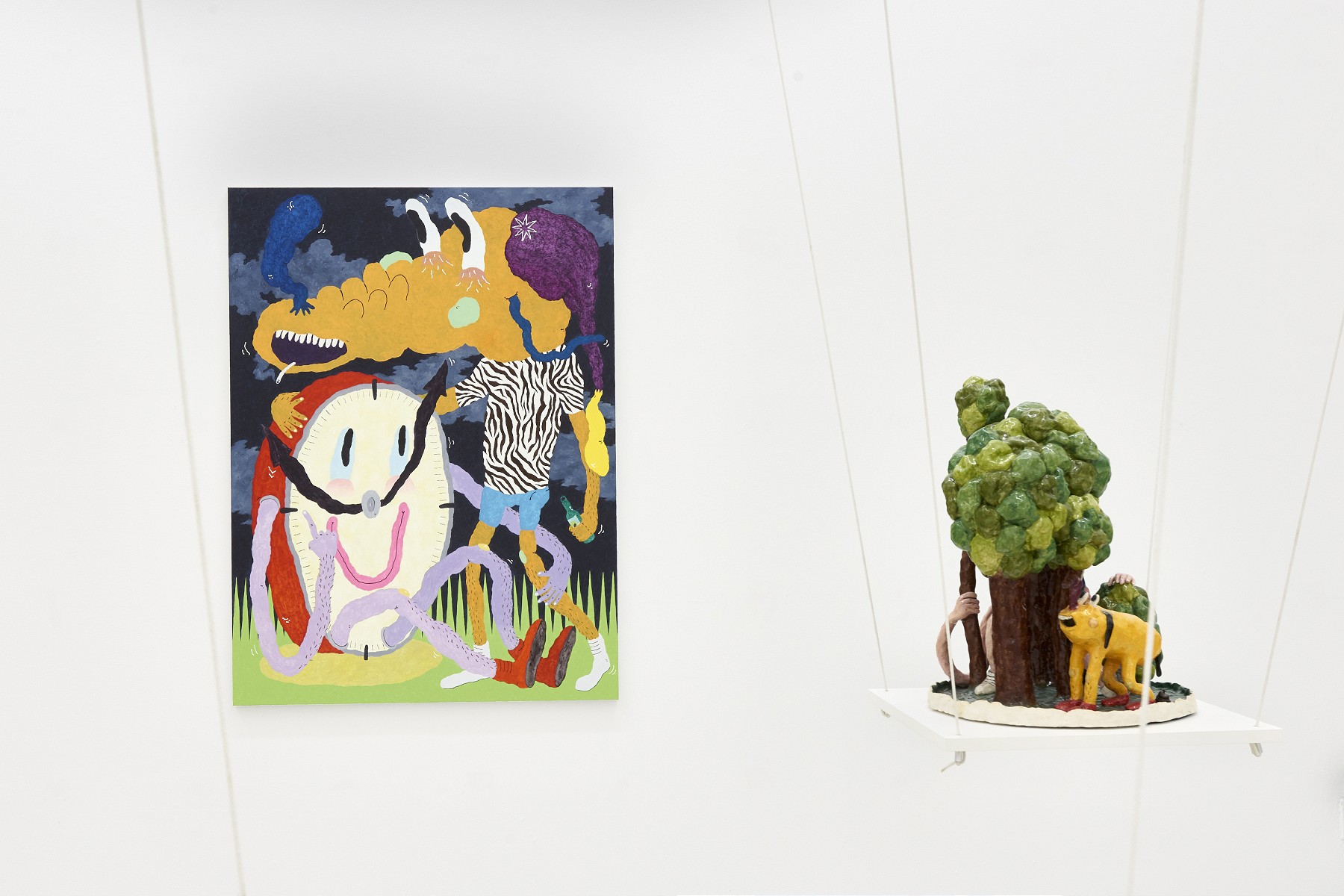 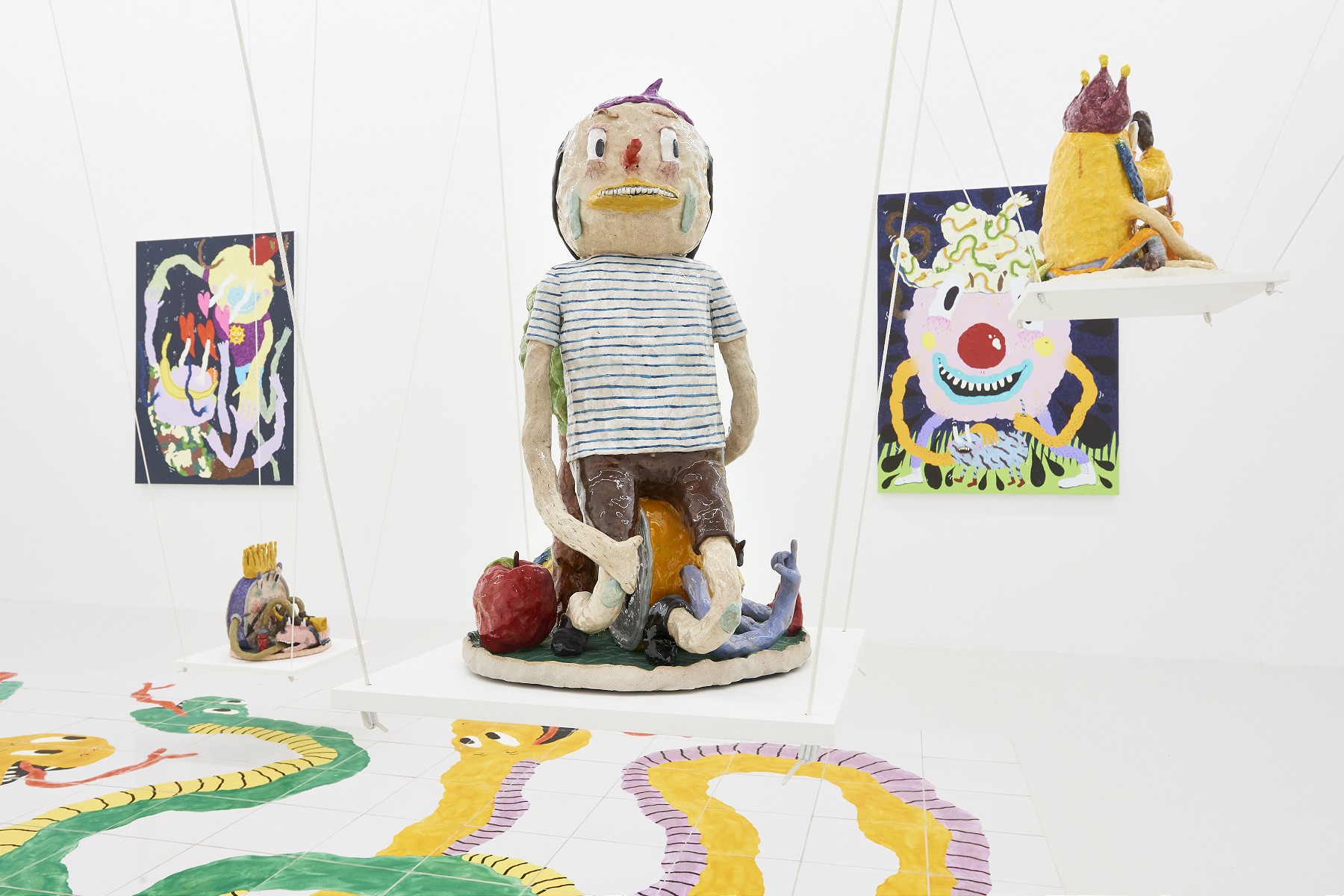 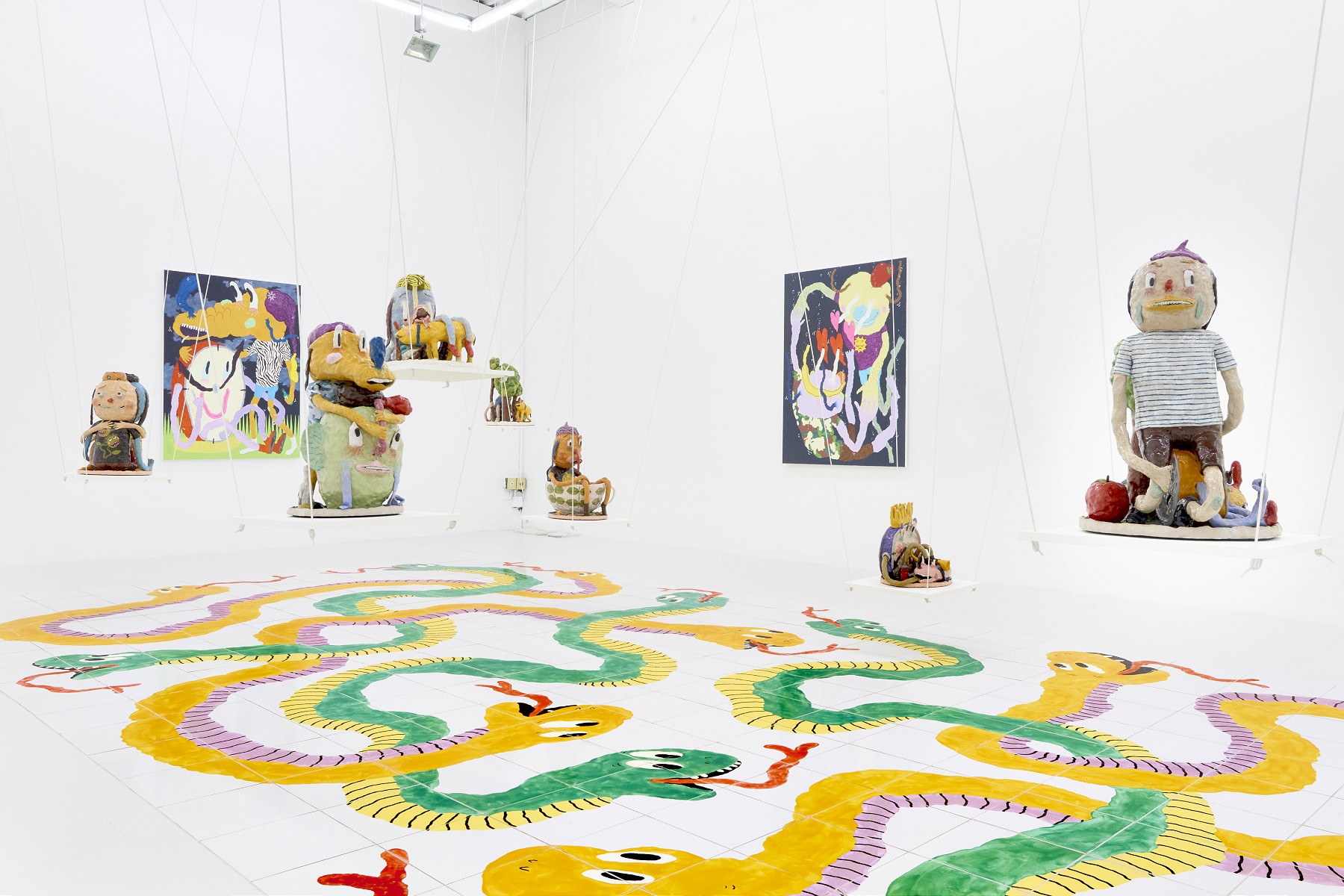 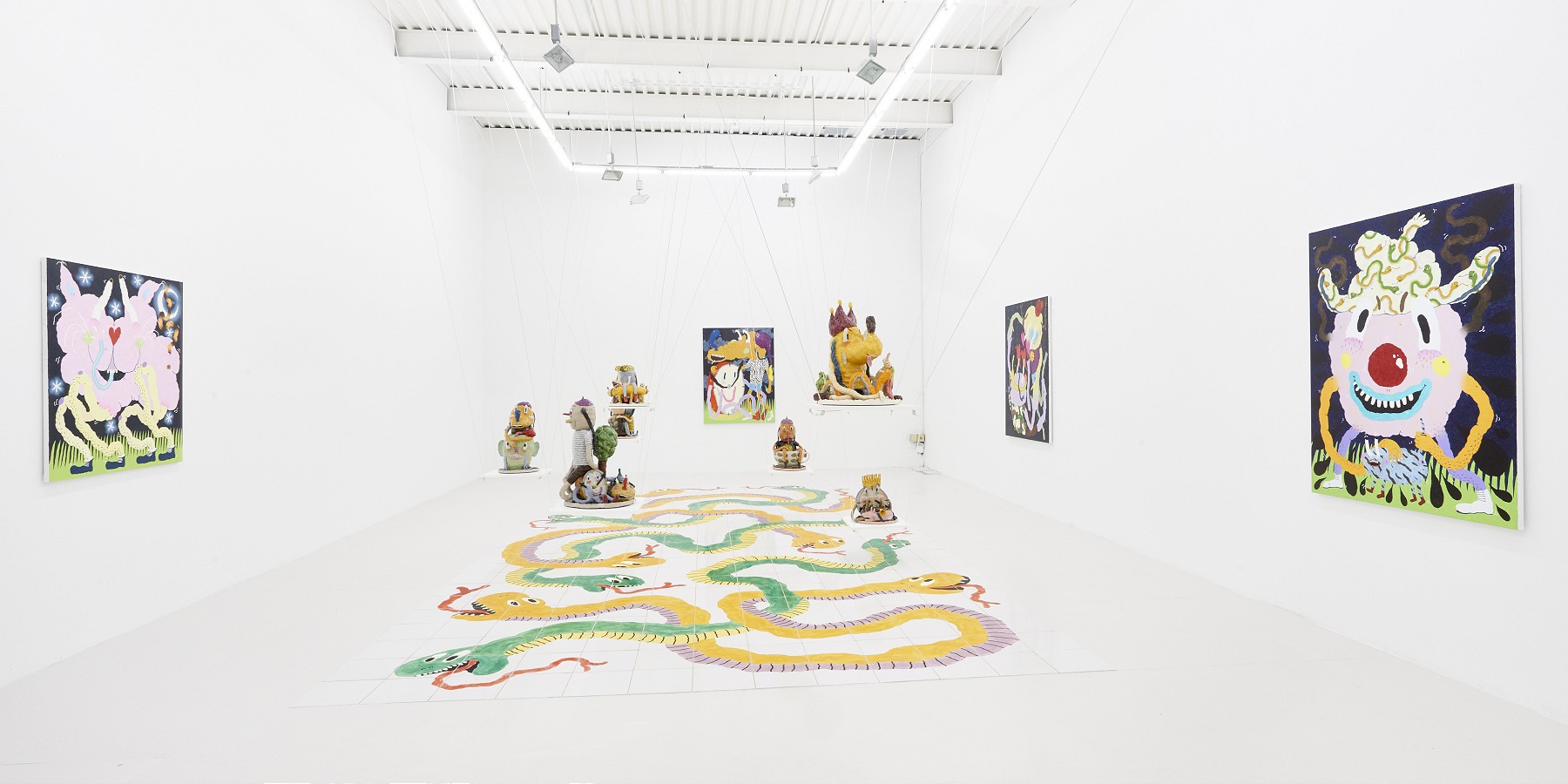 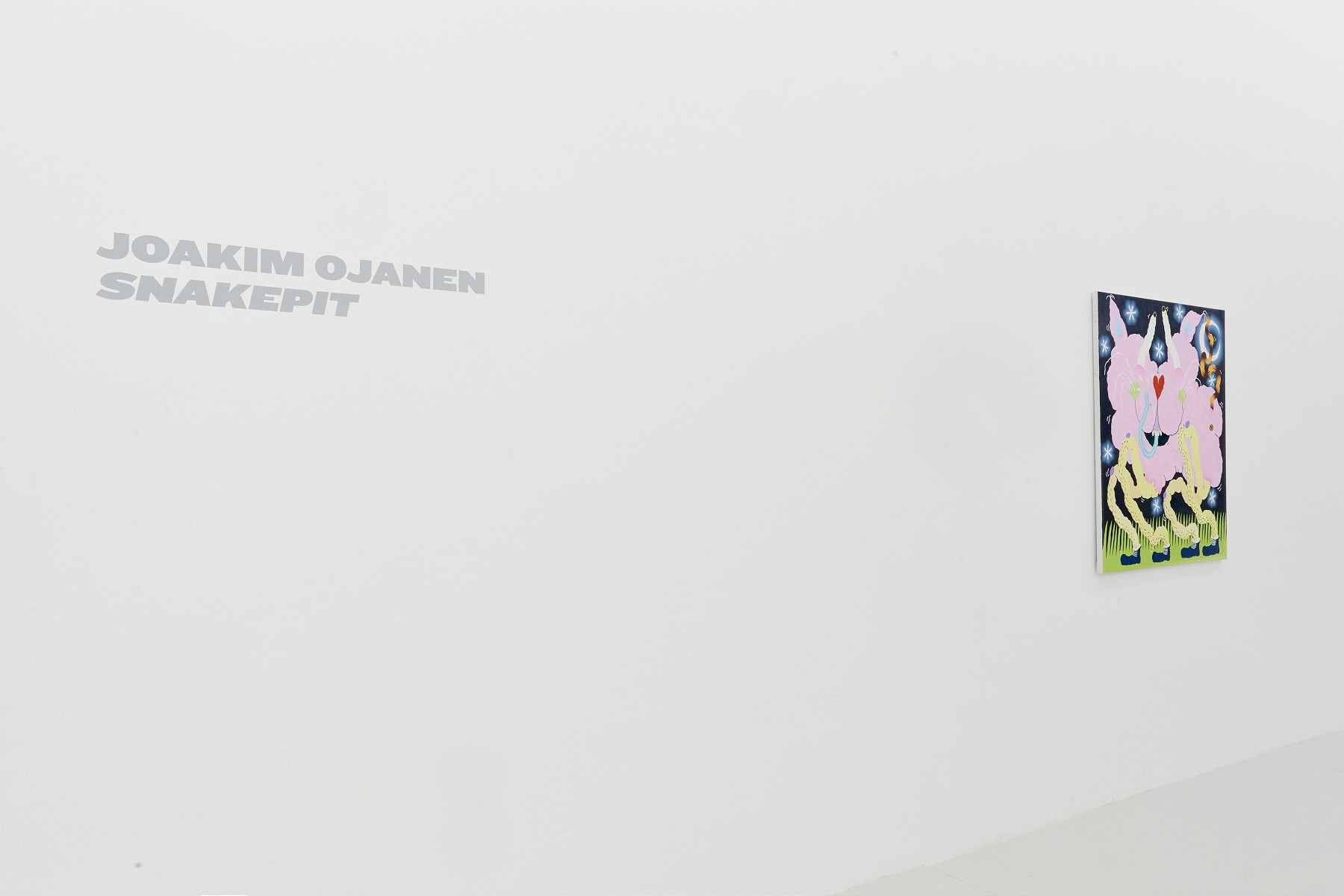 While term Snake Pit might evoke the blood-chilling image of snakes crawling inside a small place, Joakim Ojanen used it as the title for one of his most elaborate and most playful installations to date. His 1st ever NYC solo showcase and debut solo show with The Hole, includes 5 new oil paintings and 8 new ceramic sculptures displayed within a suspended installation.

Figuratively and literally elevating his work to new heights, the artist we've featured in May 2017 issue of the magazine presented the entire showcase as a singular coherent installation with canvas pieces displayed on the walls and ceramic sculptures hanging from the ceiling. The whole exhibition is literally levitating above the glazed stoneware floor on which the artist painted his vision of a funky snake pit. Known for his oddball characters displaying unpopular emotions, regularly captured at the wrong time, this time Ojanen created the wrong place for them too. Adding to the overall feel of adorable unease, the positive feel juxtaposing the entire scene is accented through humorous titles. The Time Stops Every Time You Sit On My Face; Sunday Boy Deep In The Cup, Can't Take Another Week Like This; Fuck, What Did I Do Last Night? Cancel Everything, Today I Ain't Doing Shit; or Good Nights Will Never End, are all portraying the semi-human and anthropomorphic characters he's been filling his universe with for the last couple of years.

The new ceramic sculptures are now larger in size and are neatly placed on a Giant water lily leaf-like base, but still featuring all the irresistible malfunctions and anti-features seen in his previous work. The new scenes are showing his quirky characters engaged in elaborate and complex situations, with their droopy eyes, noses, or even cheeks getting tangled together, or boneless hairy limbs dangling from its owner and flowing over other characters and objects. The new oils are presenting a flatter, more graphic visual language slightly stepping away from intricately painted texture and depictions of depth. The images are constructed from solid organic shapes which build absurd characters and situations that are one step away from being a psychedelic abstract composition of loose forms. —Sasha Bogojev