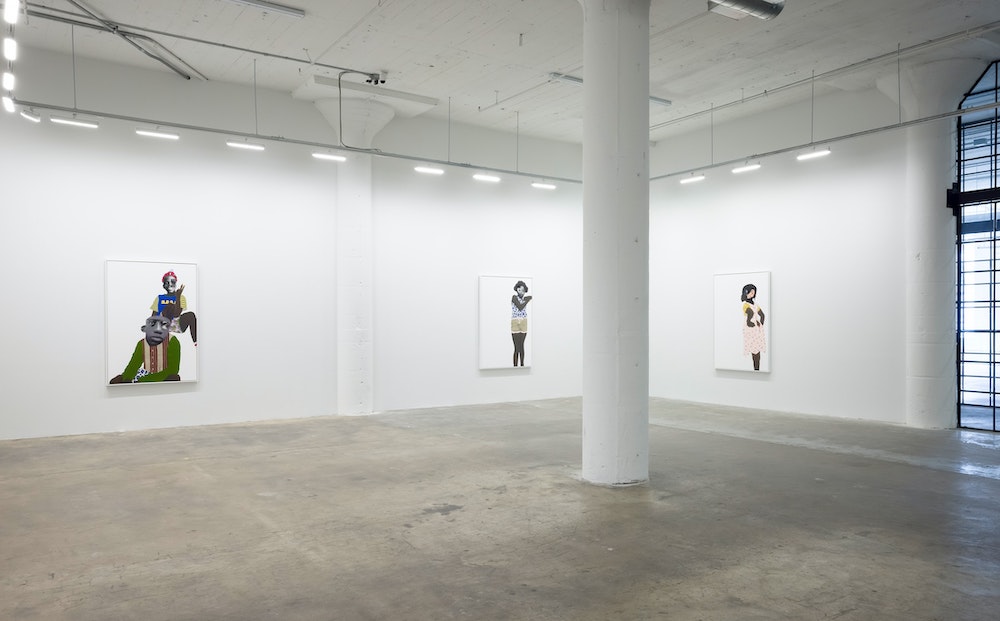 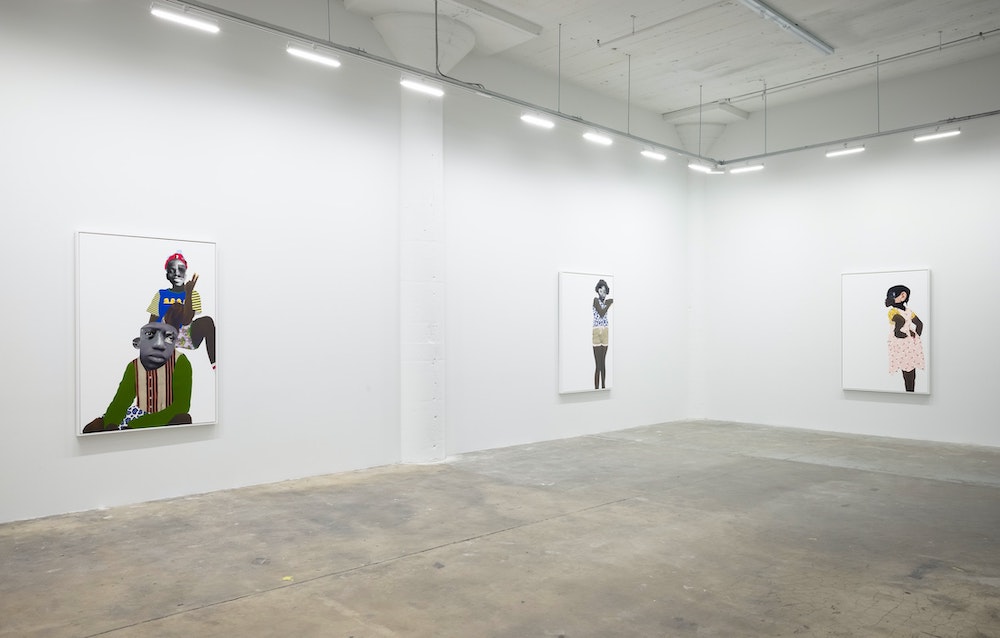 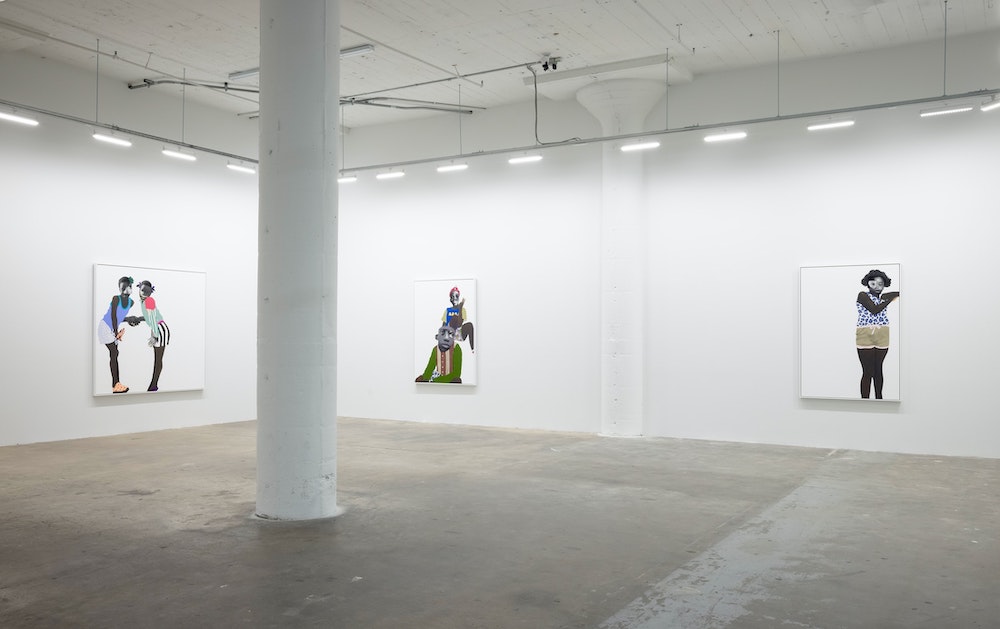 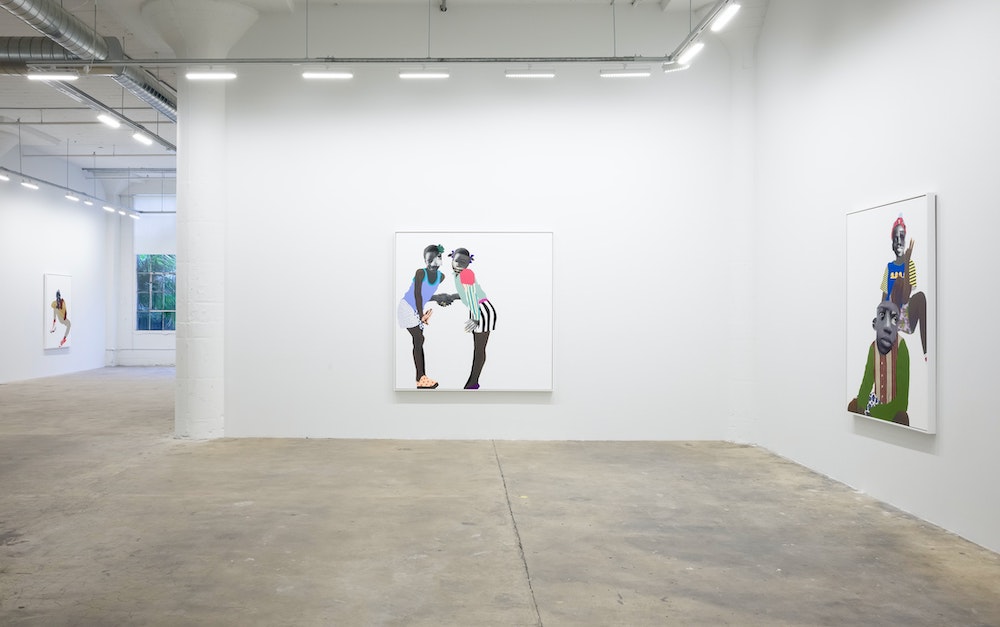 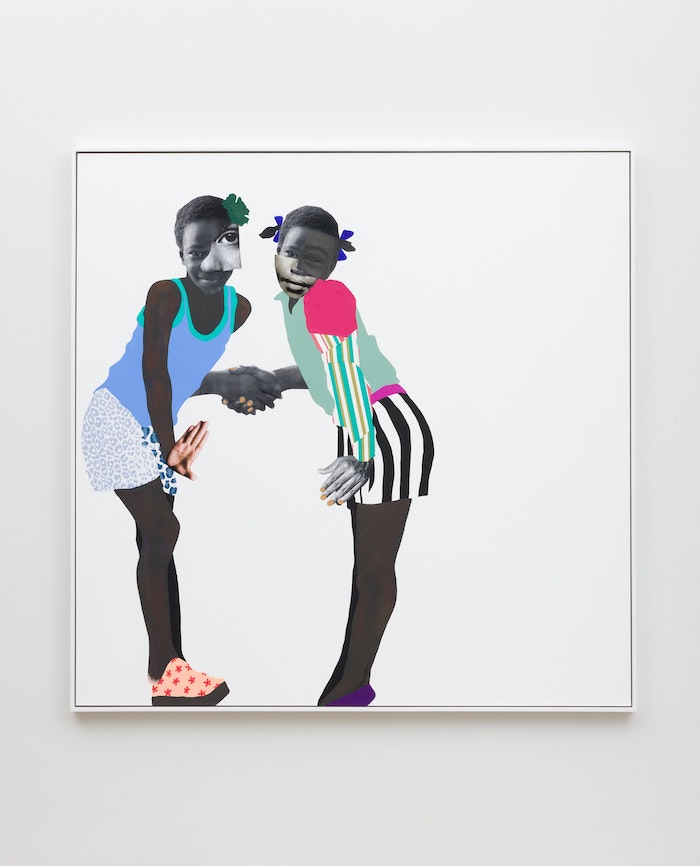 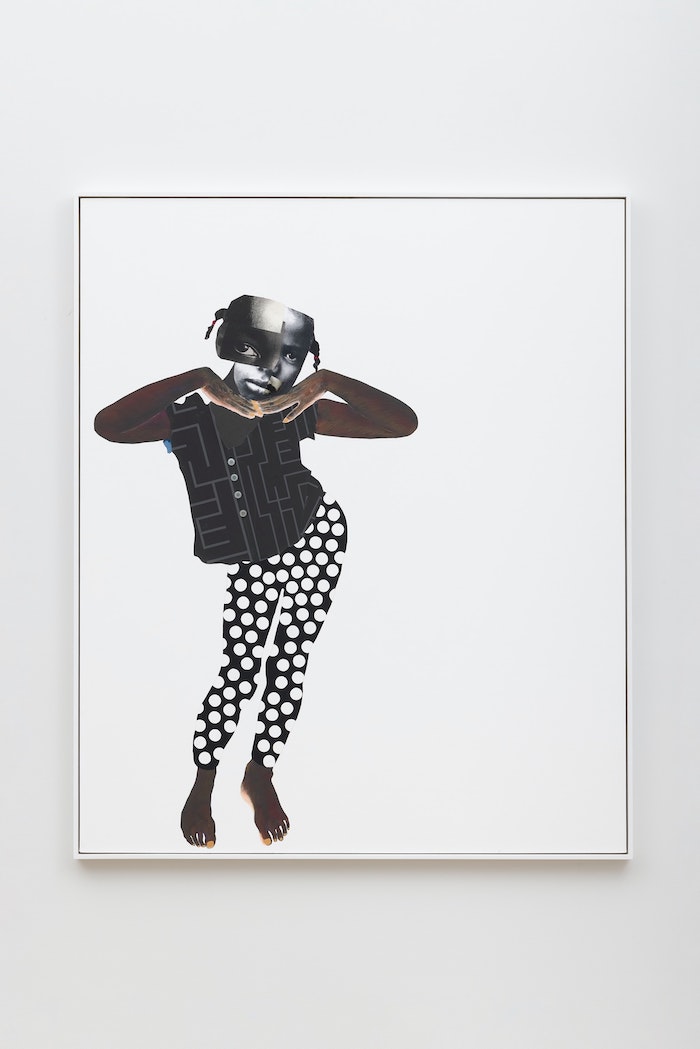 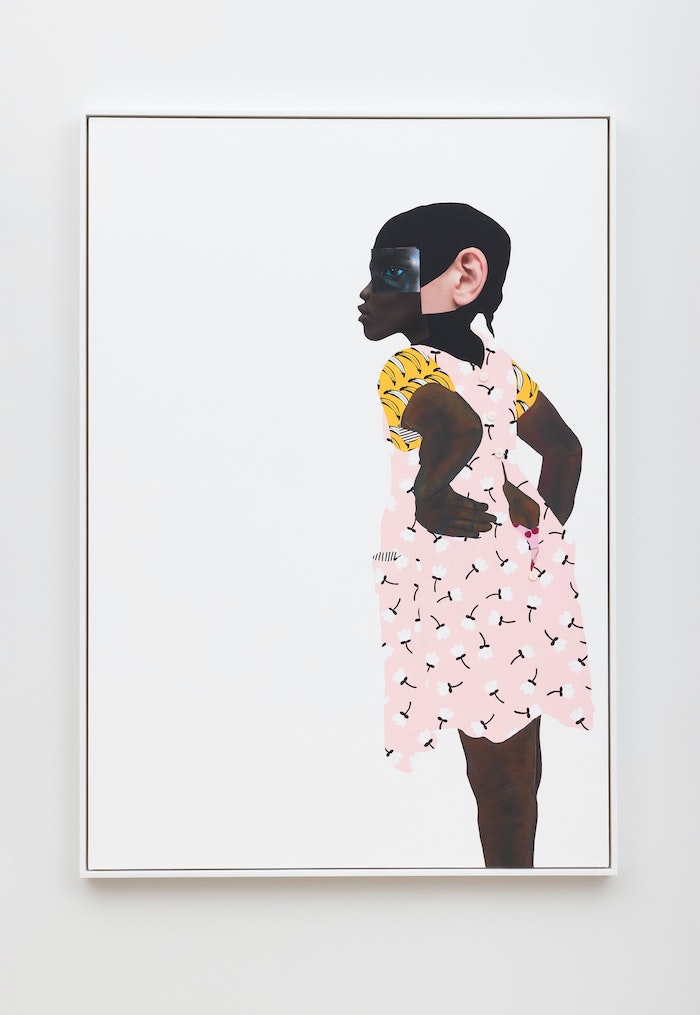 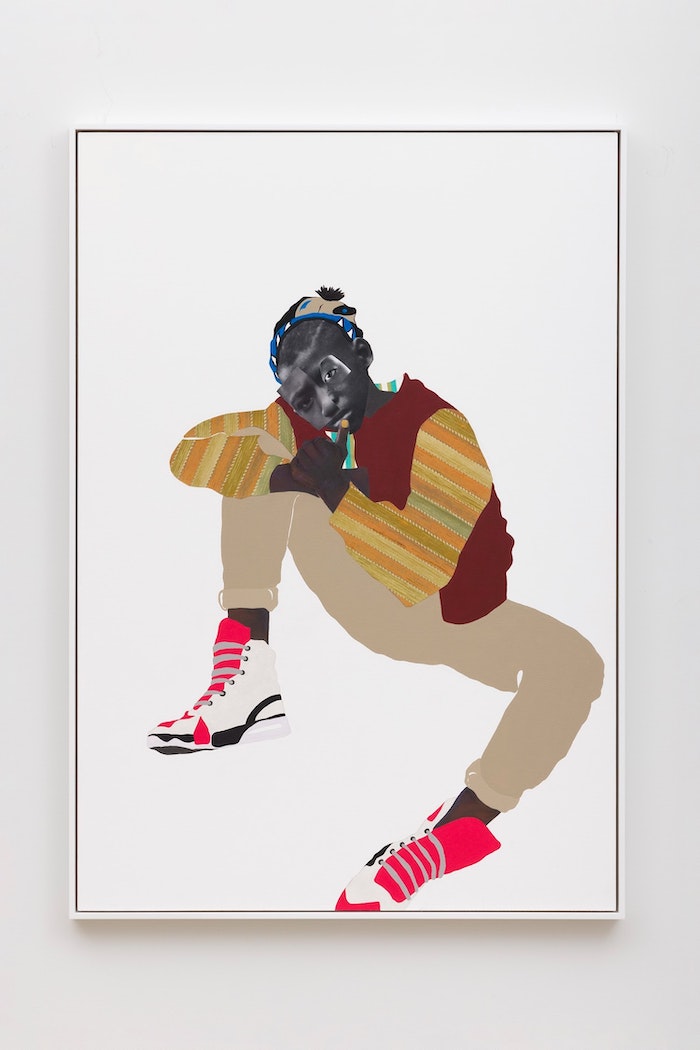 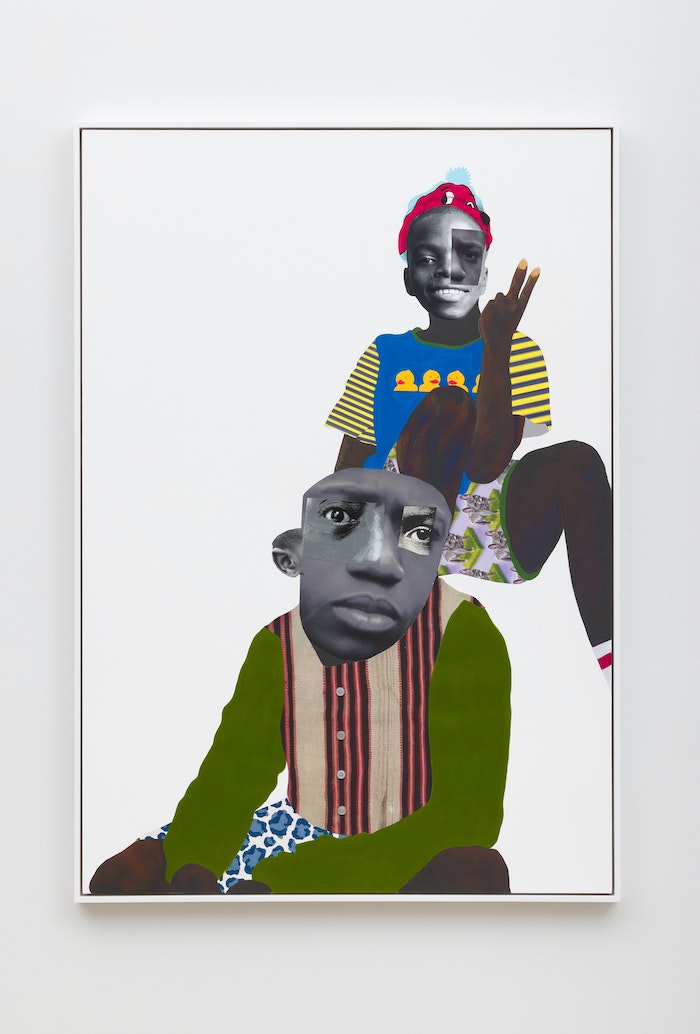 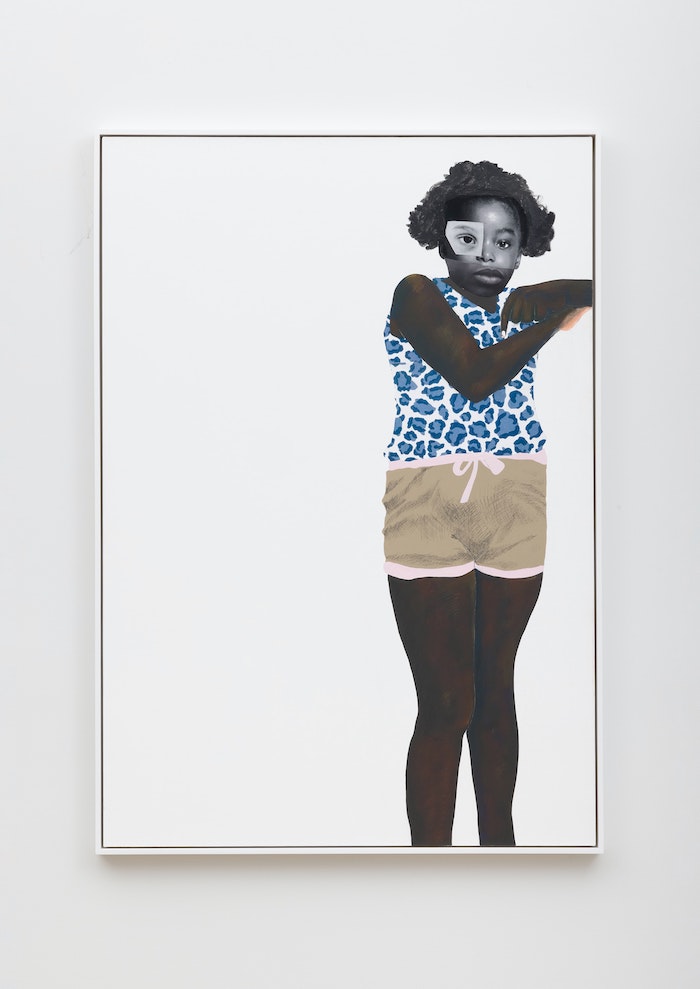 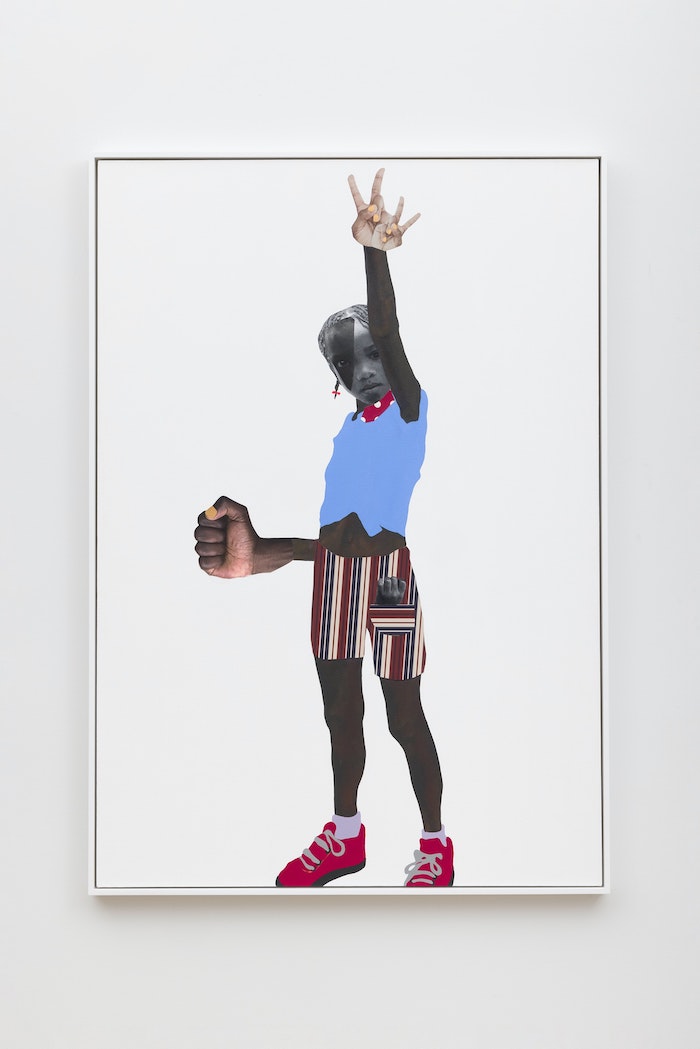 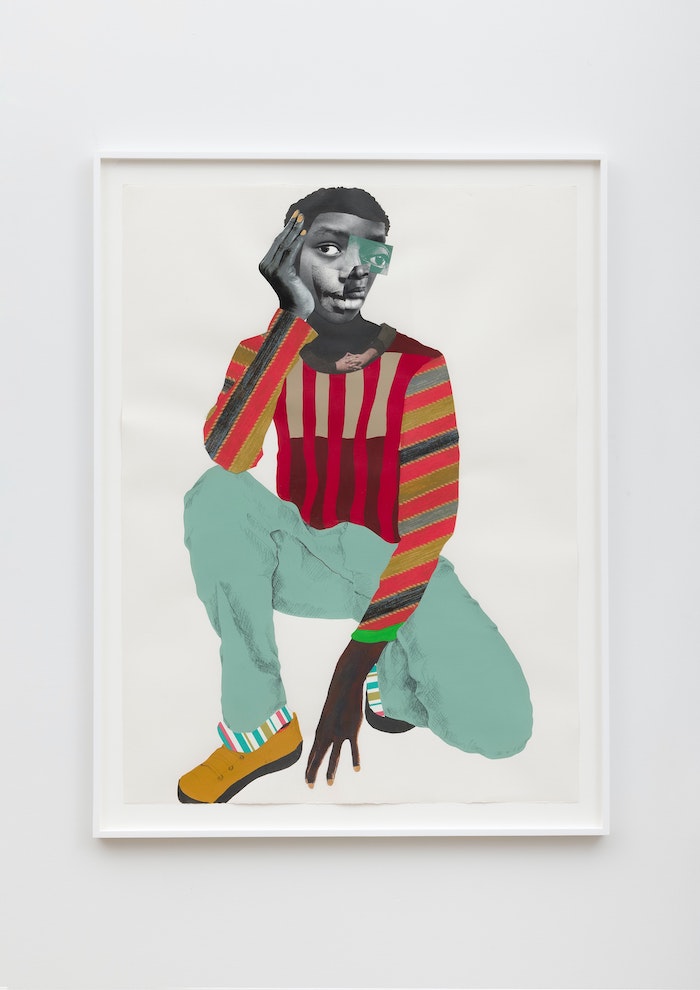 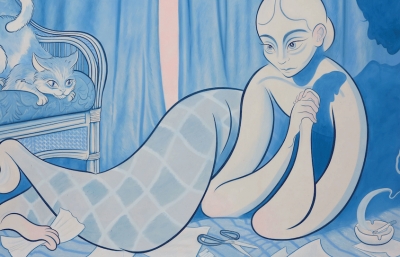 Roberts’ new collages on canvas and paper portray the humanity and grace of Black children as they face the harsh and relentless reality of a society that seeks to see and treat them as adults. Over the last decade, Roberts has primarily focused on imaging young girls, originally beginning with self-portraits of herself as a child, and she has in the last few years begun to incorporate young boys. Working in collage with sourced imagery and increasingly incorporating hand-drawn and painted elements, Roberts portrays the vulnerability, strength, and beauty of these children. The exhibition's title, “O’ Say Can’t You See,” repurposes text from the national anthem and posits the question to the viewer: can’t you see these children as children, deserving of the same care and dignity afforded to their peers?

Adorned with her signature bright colors, Black and white stripes, florals, and polka dots, the children exude the playful side of being young and free. Roberts’ investigations challenge viewers to further engage with her subjects by often using symbols, historical figures, and tropes from the past. The work “Let’s not give up” portrays a young girl with one arm raised, like lady liberty and the other a clenched fist – she looks outward, confidently, her pose portraying dignity and strength. Hidden in her pockets is a hand of an unprotected young Black boy.

The children portrayed in Roberts’ works are playful and confident, often meeting the viewer’s gaze directly as a gesture of acknowledgment, demanding to be seen as human. Her ability to concentrate found faces from various sources into one compelling work symbolizes how her figures are not monolithic but rather complex individuals. The freedom and relaxation in the children’s poses in this current group of works speak to their power and innocence and epitomize the beauty that exists in all of us.