“Seeing a city like São Paulo empty is very strange," Raphael Sagarra aka Finok reflected on the most populous city in Brazil as we checked for Art in Uncertain Times. "In Brazil, although it is a country with a happy and unique people, today we live in one of the most difficult situations. I know countless people who were infected with COVID, and some who died."

Lulled by the traces of perceived normalcy apparent in some parts of the world, it's been a few weeks since we’ve posted about the effects of the pandemic on the art world. But, the harsh reality is that the situation is ongoing and persisting. Although the USA is still holding firm in the lead, Brazil,  the largest country in South America, claims a sad second place. "In the middle of March, I was in NYC when museums, art galleries, stores, and restaurants started to close, providing a feeling of the end of the world. Upon arriving in São Paulo, where the lockdown had already started a week or two ago, clearly everything was a little more empty too, with a less tense climate compared to NYC," Finok remarked, comparing his experiences. 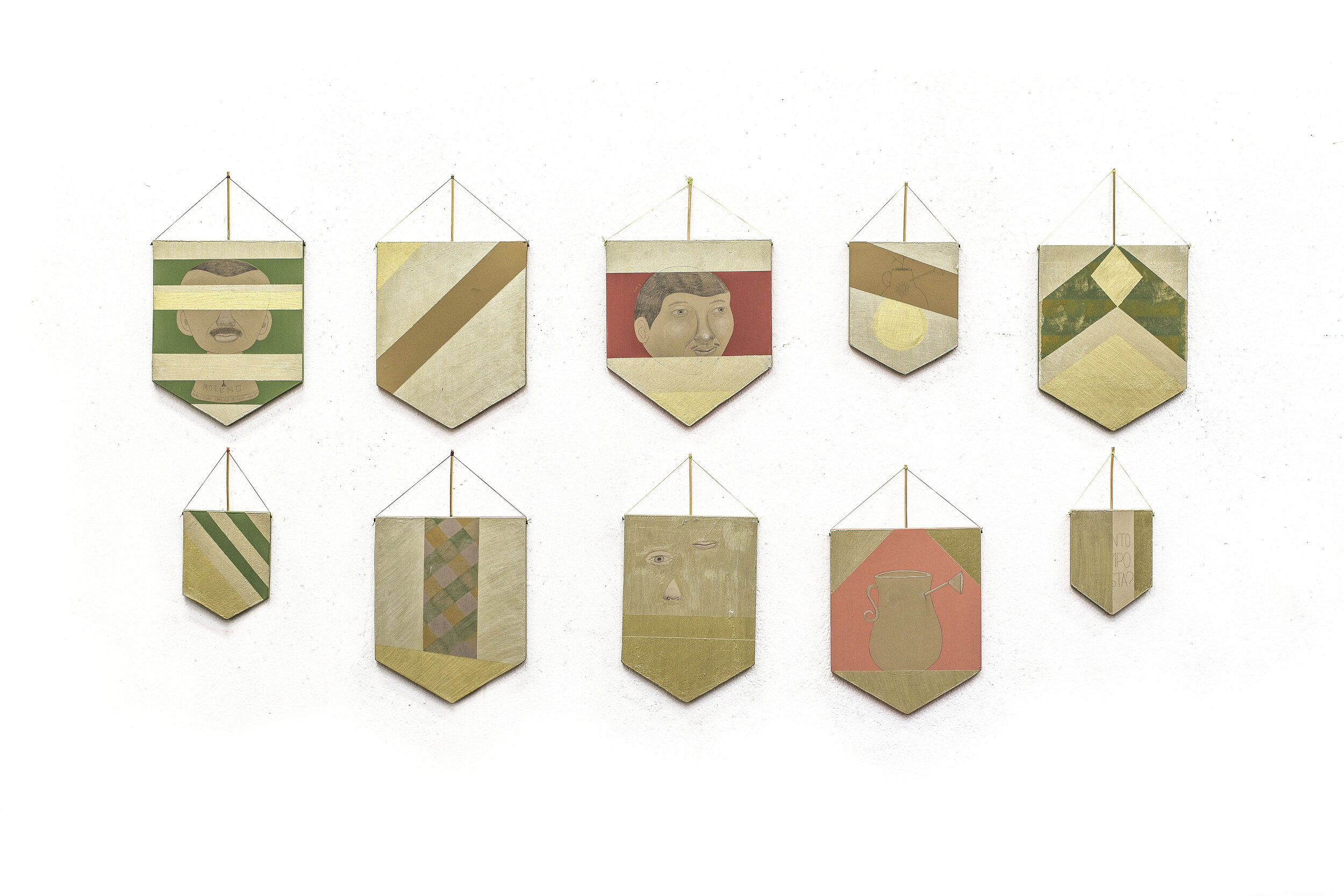 Having already checked in with Adam Neate in May and Alex Senna a month later when the country registered its 1 millionth case, and Brazil now reporting over 2 million, as local and global communities condemn the responses of the government led by President Jair Bolsonaro, testing positive for coronavirus a few weeks back, we reached out to another one of our friends there to get a fresh update.

"(Ealy on) I followed the protocol and kept quarantined for 15 days without leaving home. I improvised a studio in a room and was working on smaller canvases and drawings on cotton paper. After those 15 days, I started going to my studio without having contact with anyone." As one of the members of the world-famous VLOK crew, founded by OSGEMEOS and Nunca, Sagarra entered the world of graffiti at a young age, making his way into museums and galleries worldwide over the years. Strongly influenced by Brazilian folk culture, and weaving his own personal vision and graffiti elements into his work,  the young artist is deeply affected by the current situation in his homeland. "In São Paulo, the Governor and the Mayor did not adopt more strict measures such as lockdown, when it was time to do it. Sometimes the miss of a competent government becomes even clearer—in the news, daily announcements of cases with the President of the Republic, where he shows no feeling at all about people's lives, denying and minimizing the seriousness of the pandemic, confusing part of the population." 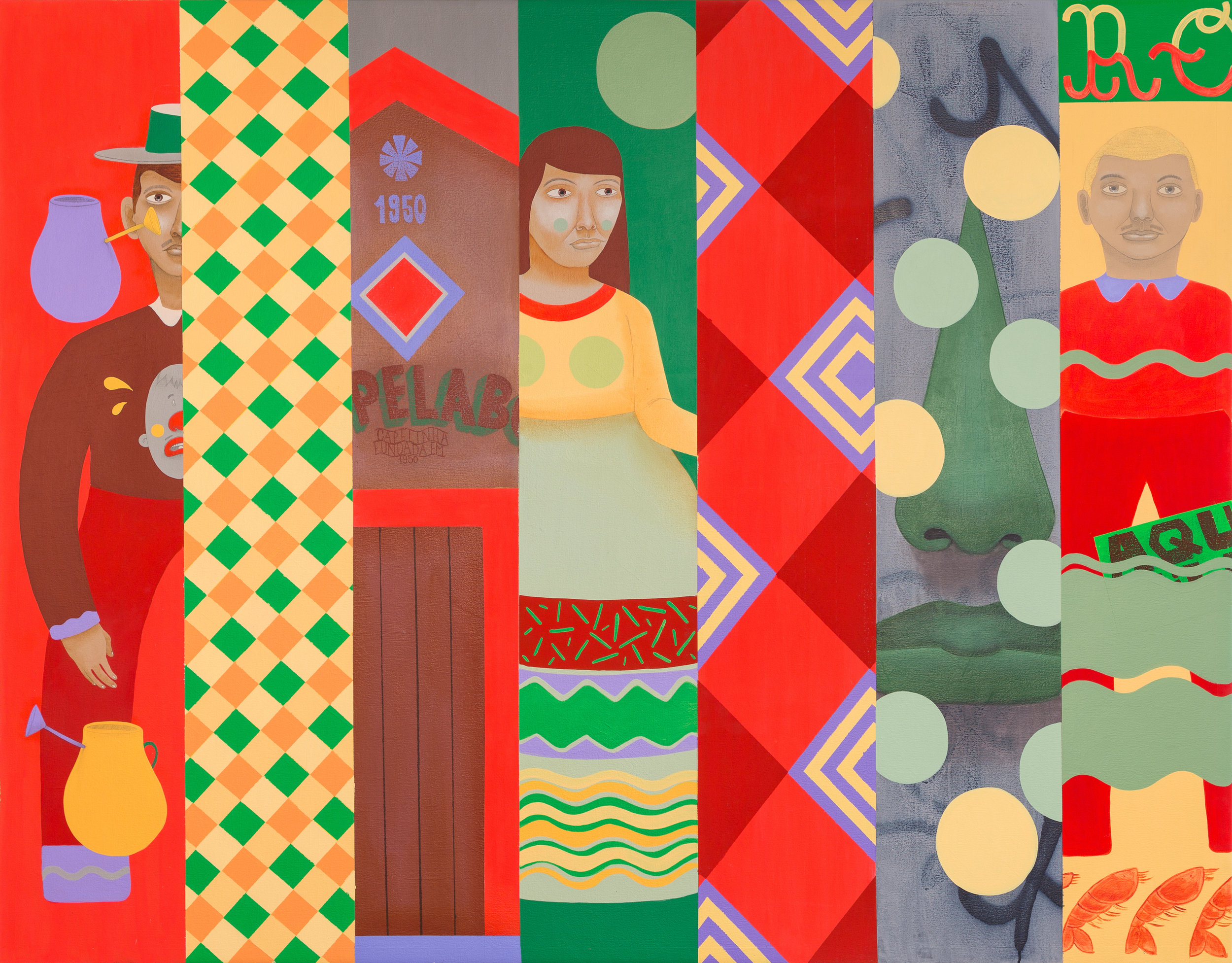 "In the first days, I noticed that the route I used daily was marked by just a few cars. Then I noticed a gradual increase in this, seeing more and more cars and people on the streets every day. As a result, people being unnecessarily on the streets (alongside first responders and the ones making their bare living on the streets), people without masks, clandestine parties, shops open without permission, with little or no supervision, made the country's numbers grow and  arrive to where we are. Following the news, I heard cases of politicians involved with fraud on medical equipment, citizens who are in a comfortable financial condition, incorrectly taking advantage of government aid aimed at people in need."

"I also followed the sad case of George Floyd, a sad occurence that often happens in Brazil too, especially in the suburbs and slums. In the last few weeks, videos of police officers in São Paulo attacking, detaining, and stepping on the necks of civilians, usually poor and black, have also started appearing. In the middle of it all, it is hard but still possible to see the good side of things, and luckily in Brazil, the people are also supportive. Common people, small and large companies, have done good acts, such as the 'SUS VIVO' Project, where artists are voluntarily printing face shield masks to donate to Public Hospitals. There are many projects like this, where the most forgotten are reached and helped." 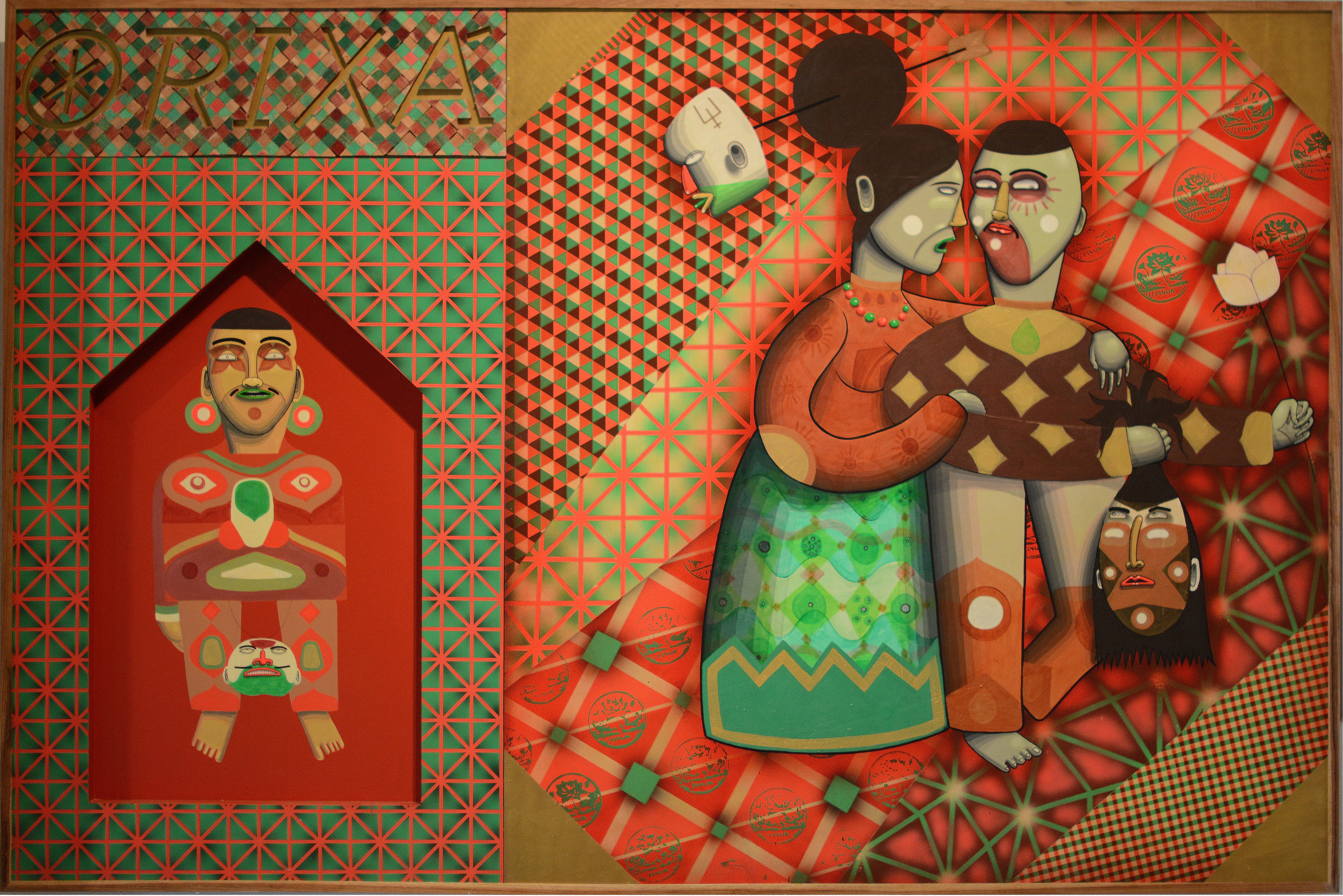 "Within this chaotic situation, I focused entirely on my studio work, absorbing everything and all the news of what was happening around me and trying to return it in some way to my work. Some research that I was already developing that directly involves stories of lives and people, have intensified, and this situation, however bad it may be, is a push for us all to understand much more strongly that everything is going wrong. We have to talk more firmly about what happens here and in the world and cannot ignore it. Inside or outside, it is part of this reality of the current times in which we live. As a result of this, I worked and am still working on new paintings for the solo exhibitions that were supposed to happen in 2020 at the Museu de Arte Contemporânea de MS, at Museu de Arte de Blumenau, and a gallery show in London. I’m also working on new wood sculptures and editions."

"Another thing I miss a lot is going out to do graffiti, feeling that atmosphere. Being stuck at home and not living in this environment is frustrating, it often brings me down because it has always been an escape valve, where I can do whatever I want to. This is the longest time without it in my entire life, but with all the social inequality that surrounds us, it is still the least of my concerns." —Sasha Bogojev