Slinkachu and Jaune "Trash Talk" Their Way to Thinkspace Projects

Thinkspace Projects will be home to Jaune and Slinkachu's new collaborative project entitled Trash Talk. This exhibition will include a half-dozen new collaborative works alongside an amazing collection of solo works from each artist. In addition, the two will be creating a site-specific installation as one of the show's highlights.

Trash Talk features new works by two internationally-renowned street interventionists, Jaune and Slinkachu. Each critically-acclaimed artist works on an atypical miniaturist scale, an especially difficult task given the monumental standard demanded of public art in the deafening context of the city. Jaune and Slinkachu challenge the paradigm of scale while incorporating the city's refuse into their imagery as both materials and themes. 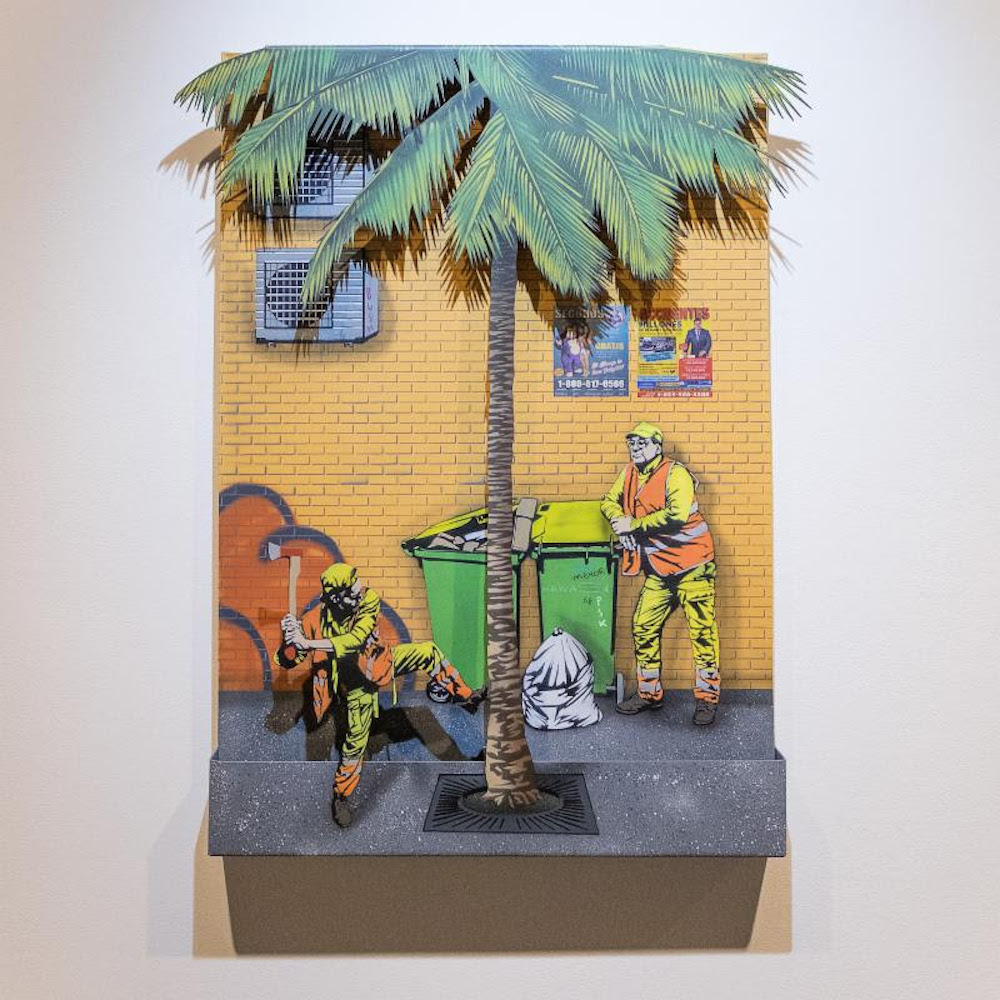 Jaune stencils his tiny, fluorescent-clad city-workers-turned-agents-of-chaos, while Slinkachu fashions his pushpin-sized plastic figures in absurdly-proposed microscopic dioramas-turned-public-art-installations. In a world overrun by accumulation and waste, both Jaune and Slinkachu consider our vulnerability to be simultaneously accidental and conspired, especially while living in a city subsumed by trash.

Each artist brings a uniquely site-responsive approach to their introjections of the existing city landscapes. Jaune's work responds to the specific conditions of a place while calling attention to its often-overlooked recesses, while Slinkachu incorporates the macro views of our world into miniature vistas of his own. Each work is a response to the collective social tendency of shutting down when caught in the fray of a city's frenetic, alienating, and existentially-exhausting pace. Jaune and Slinkachu engage city streets with the unexpected, disrupting the cultivation of inattention and staging surprise encounters to spark curiosity and renew personal interest within an overwhelmed and desensitized society. 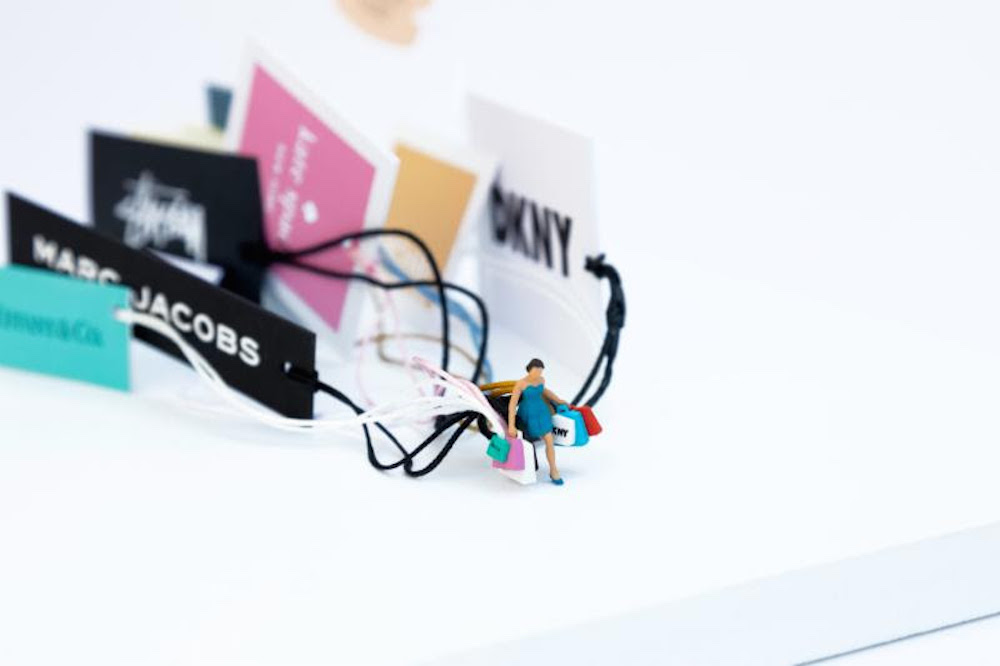 The Belgium-born artist, Jaune established himself internationally through an emblematic cast of tiny, mutinous city sanitation workers who hilariously integrate into the urban landscape. Using trompe l'oeil techniques, Jaune's work incorporates miniature figures made from four to six stencil layers with multiple applications of color. The often destructive and lawless behavior of these "mini saboteurs" seems to suggest something more sinister and foreboding than their innocuous scale initially suggests. Jaune's fluorescent-clad workers are quite a literal intervention into the architectural locations, activating the environment in illusionistic and situational ways. Always seizing upon moments of tension and potential, Jaune proposes open-ended narratives for the viewer to contemplate while questioning the visibility of action in a city conditioned by avoidance. 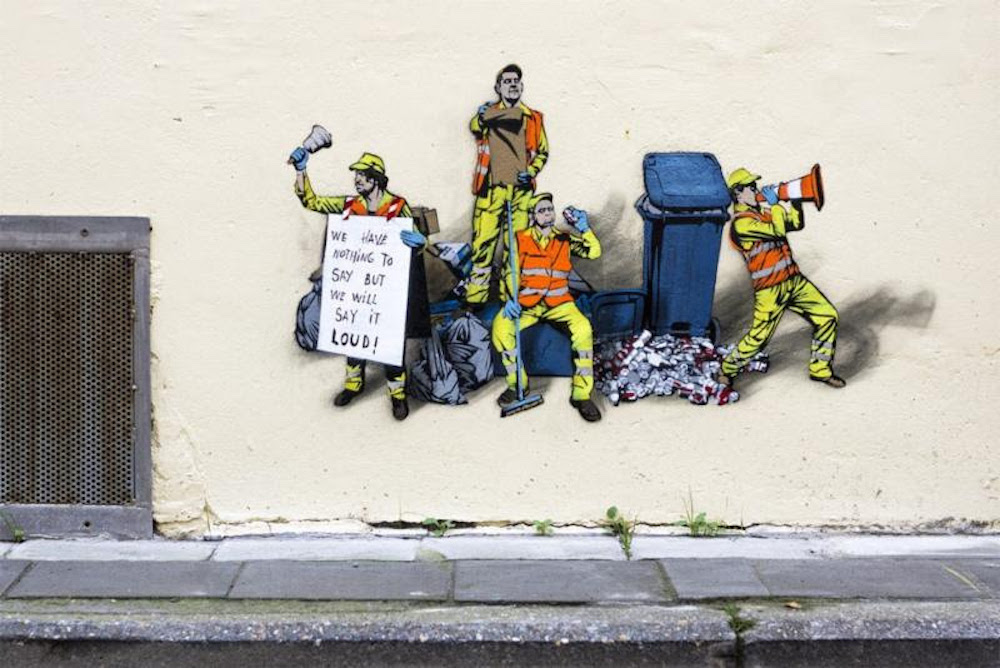 The London-based artist, Slinkachu photographs and creates miniature public art installations for his ongoing series, The Little People Project, which began in 2006. Staged and assembled using figures from a train set, the artist remodels and paints incredibly-Lilliputian sculptural scenarios while incorporating castaway materials and everyday objects as props (a bottle cap boat here, a toy car crushed by a lollipop there). After creating a scene, Slinkachu shoots the tableaux, bringing the tiny protagonists to life through incredible macro-photography, then "abandons" them into the landscape, subjecting their fate to the onslaught of urban entropy and human destruction. These funny-yet-poignant works are equal part sculpture, installation, street art, and photography, illustrating the discovery of the unexpected through an unlikely scale. With the figures' absurdity stirring a melancholic current belied by their diminutive size, the tiny figures, like us, are dwarfed and forgotten by indifferent surroundings.

"Trash Talk" features individual, as well as collaborative, works by both Jaune and Slinkachu. There will be an opening reception with the artists in attendance on Saturday, June 1, 2019, from 6 to 9 pm. The show will be on display at the Thinkspace Projects Gallery in Culver City through June 22, 2019.