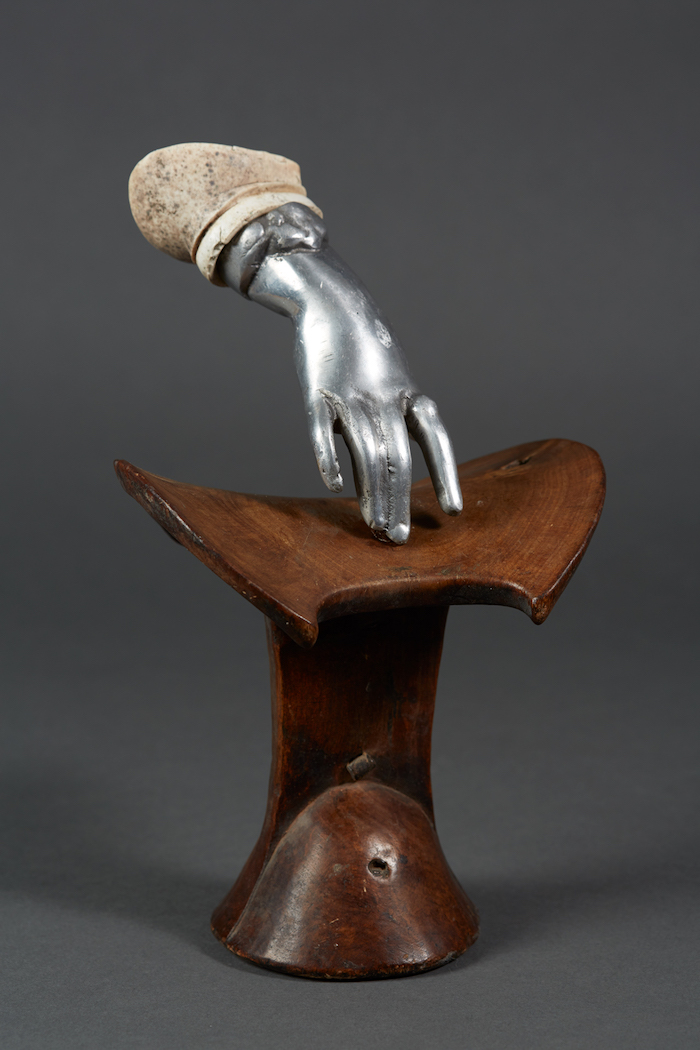 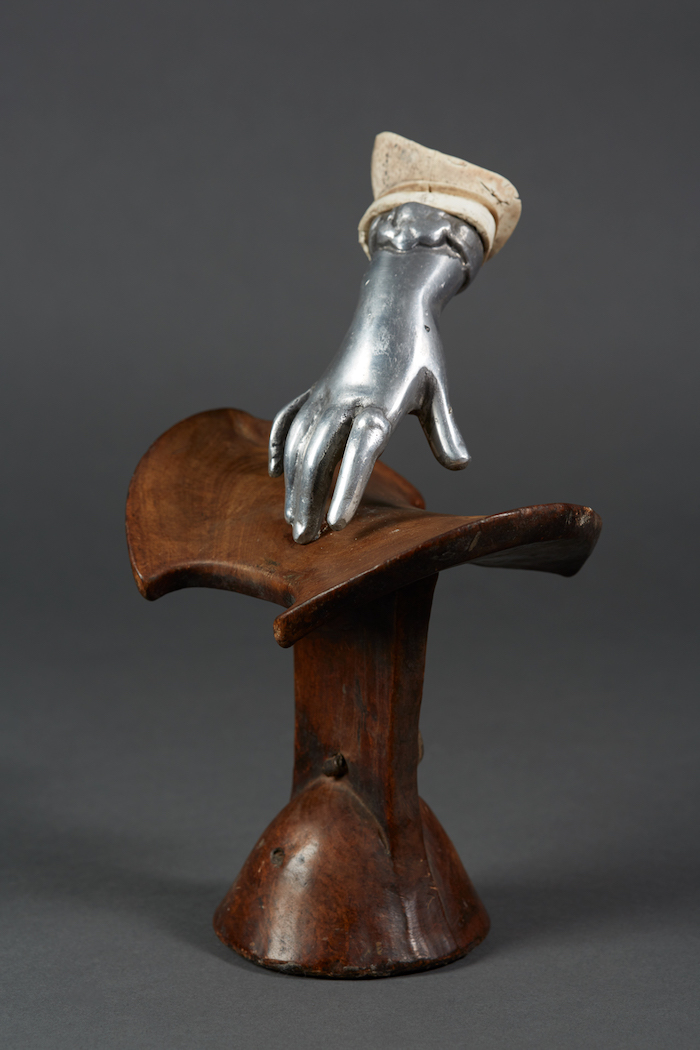 Roq La Rue is very pleased to present two dynamic shows for the month of April. Both artists explore natural forms, most particularly crystalline shapes, in both media and subject. Crystals are an integral aspect to both the hard earth science of geology, as well as a key component in various mystical studies, with an array of attributes and powers attributed to them. Occasionally dismissed as just fluffy "woo woo" mystical mumbo jumbo coming from the New Age movement - crystals actually have been revered by various cultures throughout time both for their perceived occult qualities as well as their sheer beauty. The shows open on April 11 and run through May 5, 2019.

Debra Baxter, a former NW based artist now residing in Santa Fe, is debuting a series of new sculptures at the gallery. She uses natural materials such as crystals, wood, alabaster, and metal in her works, both sculpting forms as well as allowing the raw materials to suggest their own use as a narrative object, juxtaposed with other objects to further impose a narrative structure imposed by the artist's eye for form and structure. 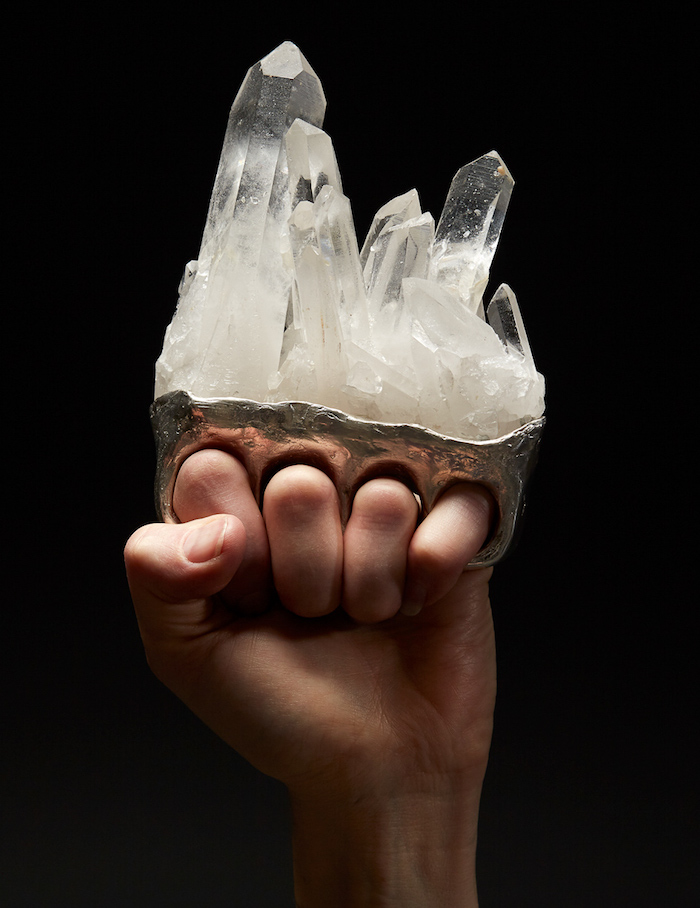 Her work recently gained instant notoriety when a photo of a set of her crystal brass knuckles entitled "I'm Going To Rearrange Your Chakras, Motherfucker" spread like wildfire across the internet as a meme, often without attribution. Playing with the idea of the mystic powers conferred on crystals while poking a little fun at the concept, the piece is still a powerful piece of "protective armor", capable of defending the wearer not just psychically, but also physically. (One set of her Crystal Knuckles in the collection of the Smithsonian and we will have her newest set!)

This new show is based heavily on the phenomenon of the Ghost Heart—a medical process developed by Dr.Doris Taylor, who took a heart and washed away the blood cells until left with a "protein scaffold". She then injected the now colorless, lifeless (hence the term ghost) heart with hundreds of millions of new blood or bone-marrow stem cells resulting in the heart to actually start beating again. This sparked a series of ruminations within the artist about what the boundary between life and death actually is and how the line is more amorphous that previously believed. Simultaneously, she became intrigued with the popular Victorian era iconography of disembodied hands that existed predominantly in jewelry, in glass and on gravestones. The attributed meaning of that symbolism is depicting the spirit of a passed person guiding a dying loved one into the next life. 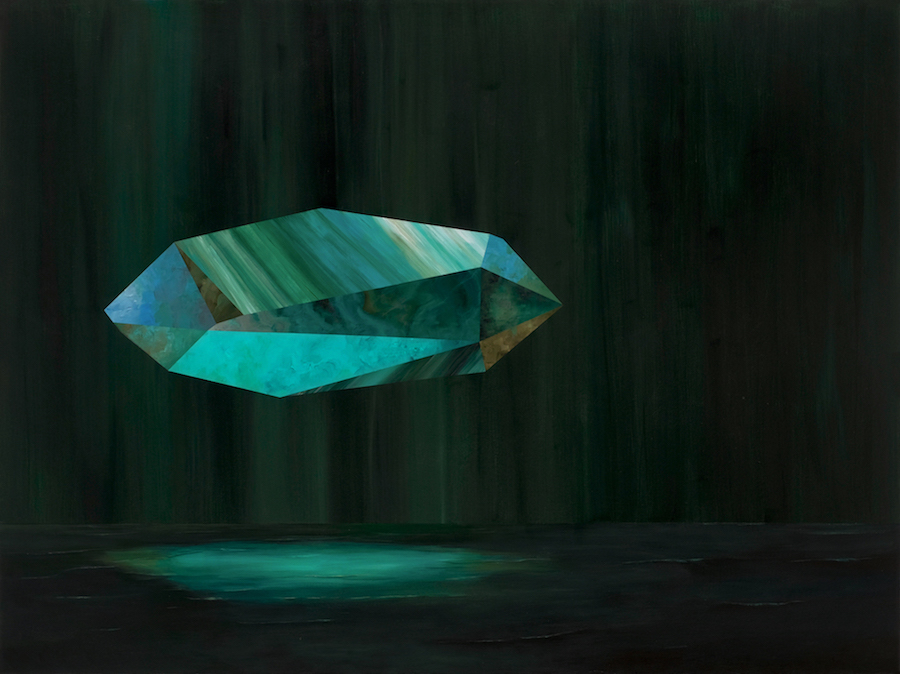 The surreal paintings in Rebecca Chaperon’s latest series, Incandescence, mirror the psychic balance between light and dark. Only in the darkness can we see things glow and show their truly luminous spirit. The crystal forms in these paintings are buoyant, defying gravity, and then sometimes appear temporarily enthralled with their own reflections. There is a transcendental and a transcending quality. Suspended in time and space, these luminescent icebergs and crystalline bodies are alive with light, incandescent nomads afloat in slow movement or temporarily caught in harmonic balance. Depicted in their somnambulant state above dark seas and land, the crystals are an evolution on the artist’s previous, more abstract, series of crystals with flat "blank" backgrounds. In “Incandescence” they are brought to life, to glow in the dark, or be peered at through the mouth of a cave. In this exhibition, icebergs are the water-bound, distant cousins to the crystal forms, also floating and exploring unfamiliar realms. Chaperon’s work investigates themes of escapism and embraces the shadow-self in order to produce work that calms chaos and invokes balance and quiet contemplation.