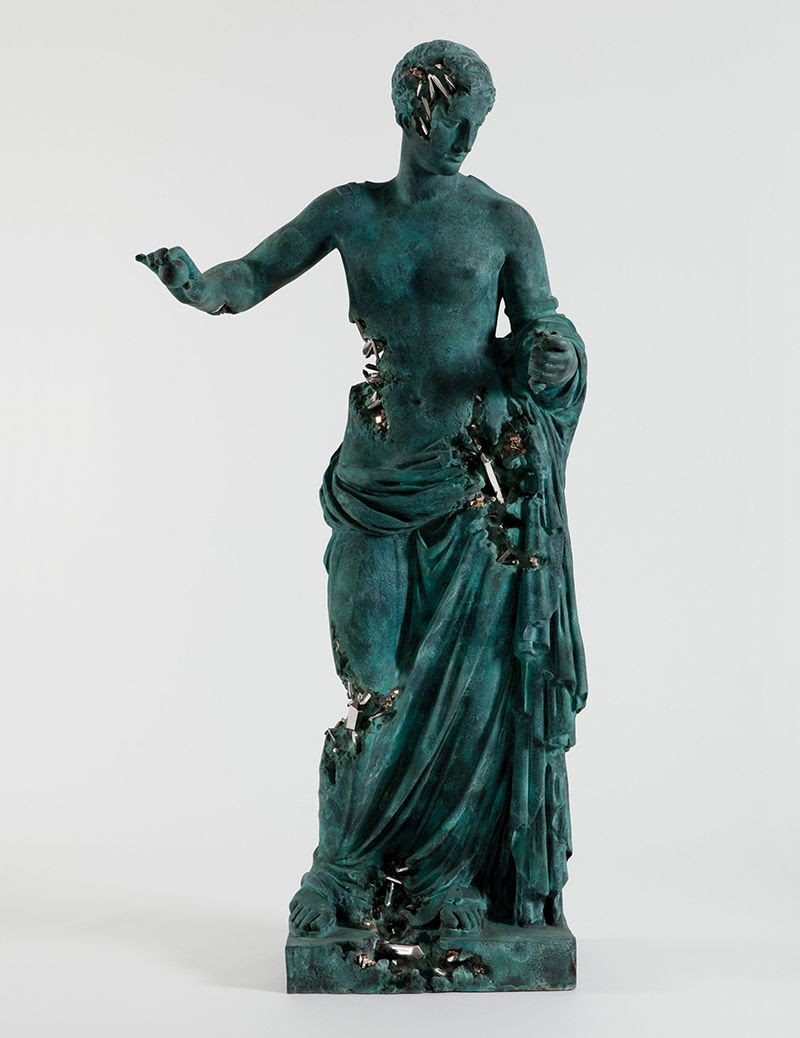 The artist was recently given access to the original foundry molds of some of France’s most iconic classical sculptures displayed in the Louvre, including a 3.9-metre-tall female figure that was carved around 50 BCE. The statue was unearthed in the 15th century and for the last 500 or so years she has been thought of as Melpomene, the Greek muse of tragedy. From the mold of this sculpture Arsham created Unearthed Bronze Eroded Melpomene (2021), which in this landscape connects the past with the present. The ground in which YSP stands has been inhabited since at least the 11th century; here, Arsham’s sculptures resonate with the layers of human activity that have shaped and will continue to shape the environment.

"I first visited Yorkshire Sculpture Park a couple of years ago and was struck by the way sculptures would connect with the landscape there: the rolling hills, the changing seasons and the interaction of the work with the natural light, lakes and surroundings," Arsham said. "I immediately started thinking about a project I could embark on in the landscape that would allow my work to take advantage of the unique context presented there. The works I’m showing vary in scale, some are presented in an open garden and others are concealed or hidden within woodland, for viewers to discover."

Alongside sculptures drawn from antiquity are works that use imagery from recent history and pop culture. Bronze Eroded Astronaut (2022) takes as its starting point the famous image of Neil Armstrong during the Apollo 11 Moonwalk in 1969. The image became an icon of innovation and the ambition of humans to explore worlds outside of our own. Bronze Crystallized Seated Pikachu (2022) is a recognisable cartoon character from the Pokémon world, which was created in Japan in the mid-1990s and became a global phenomenon. Created using traditional green patinated bronze, these modern-day images are reinvented to become artefacts that tell the stories of our time.

Daniel Arsham: Relics in the Landscape is made possible by generous support from Perrotin