Bruce Springsteen’s Born In The USA
Photograph by Annie Leibovitz 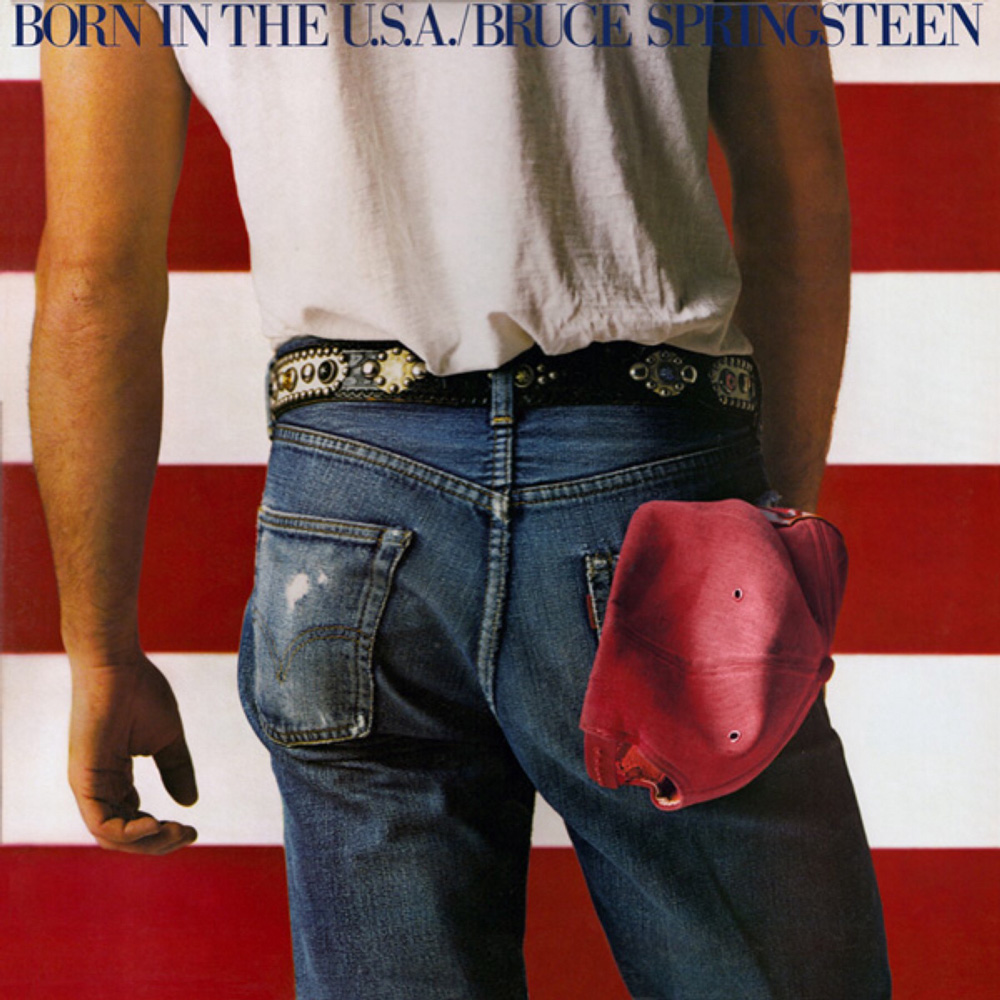 This Sound and Vision is particularly tough, considering we can only choose one, and that Bruce Springsteen was one of America’s most visible and celebrated musicians. Despite decades of creative output and numerous records that capture the essence and struggle of working-class America, none of Springsteen’s covers capture his mythos quite like the 1984 Born In The USA. The album was his most commercially successful, launching him to megastar status and building off his brooding, emotional 1982 album Nebraska. Where Born In The USA shines, however, is in both its anger and its optimism. The New Jersey-born singer-songwriter created a public narrative out of empathy rather than sympathy, criticizing the early Reagan-era while delivering hope.

The album’s cover positions Springsteen somewhere in between his legend and our collective reality. Acclaimed photographer Annie Leibovitz shot multiple photos of Springsteen clad in white t-shirt, worn blue jeans, and a red baseball cap tucked in his back right pocket. The photo they settled on features Springsteen facing away from the camera, only recognizable by his.. let’s face it… nice ass. With his white shirt and blue jeans, as well as the red and white stripes of the American flag in the background, the photo reveals Springsteen as sex symbol, working-class hero, and American at the same time. If there was one image to describe Bruce Springsteen the rockstar, this would be it.