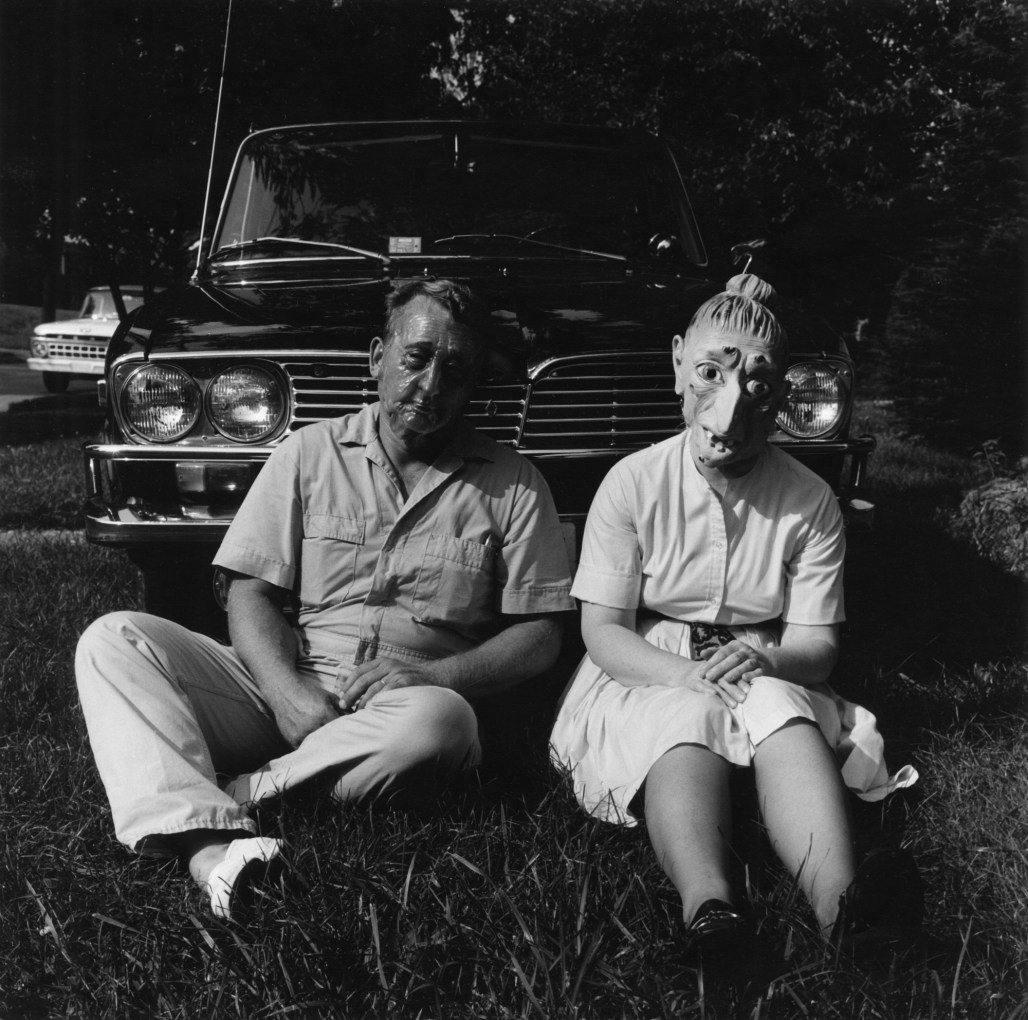 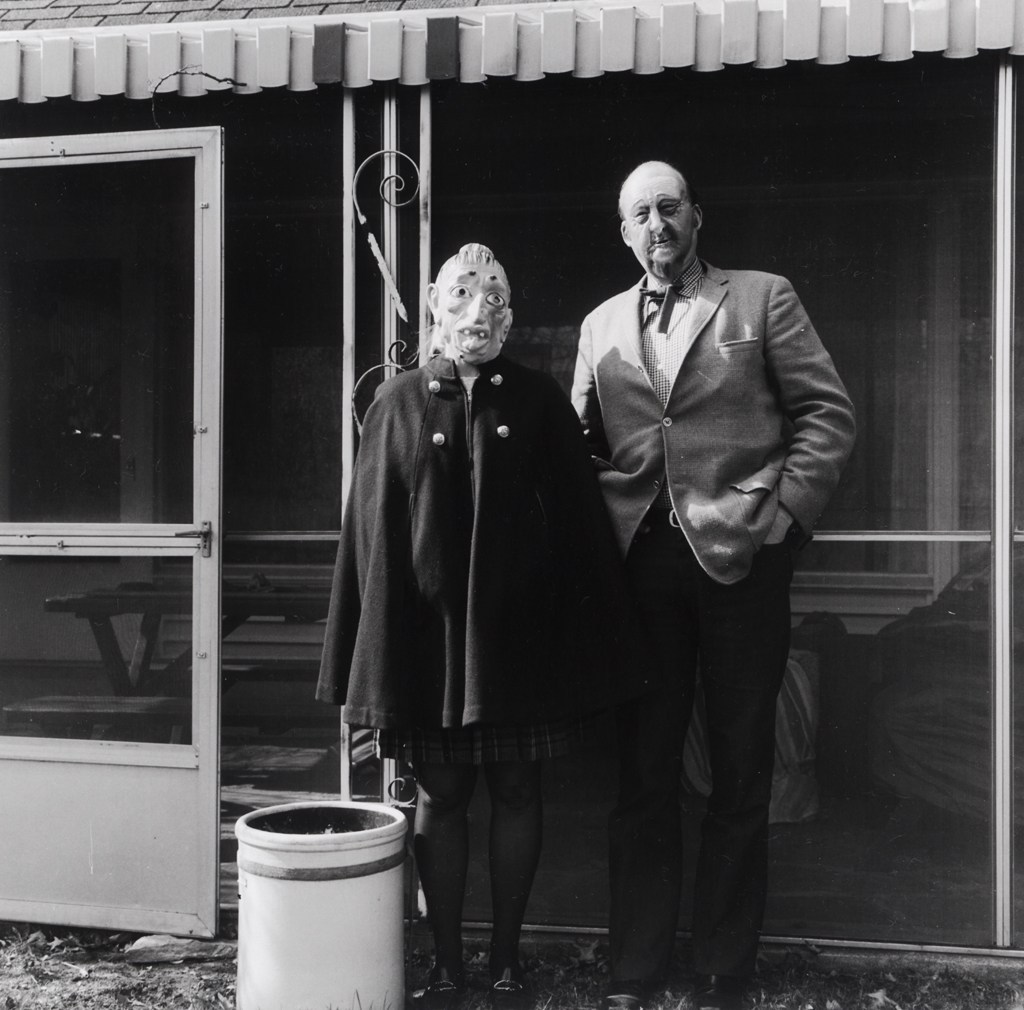 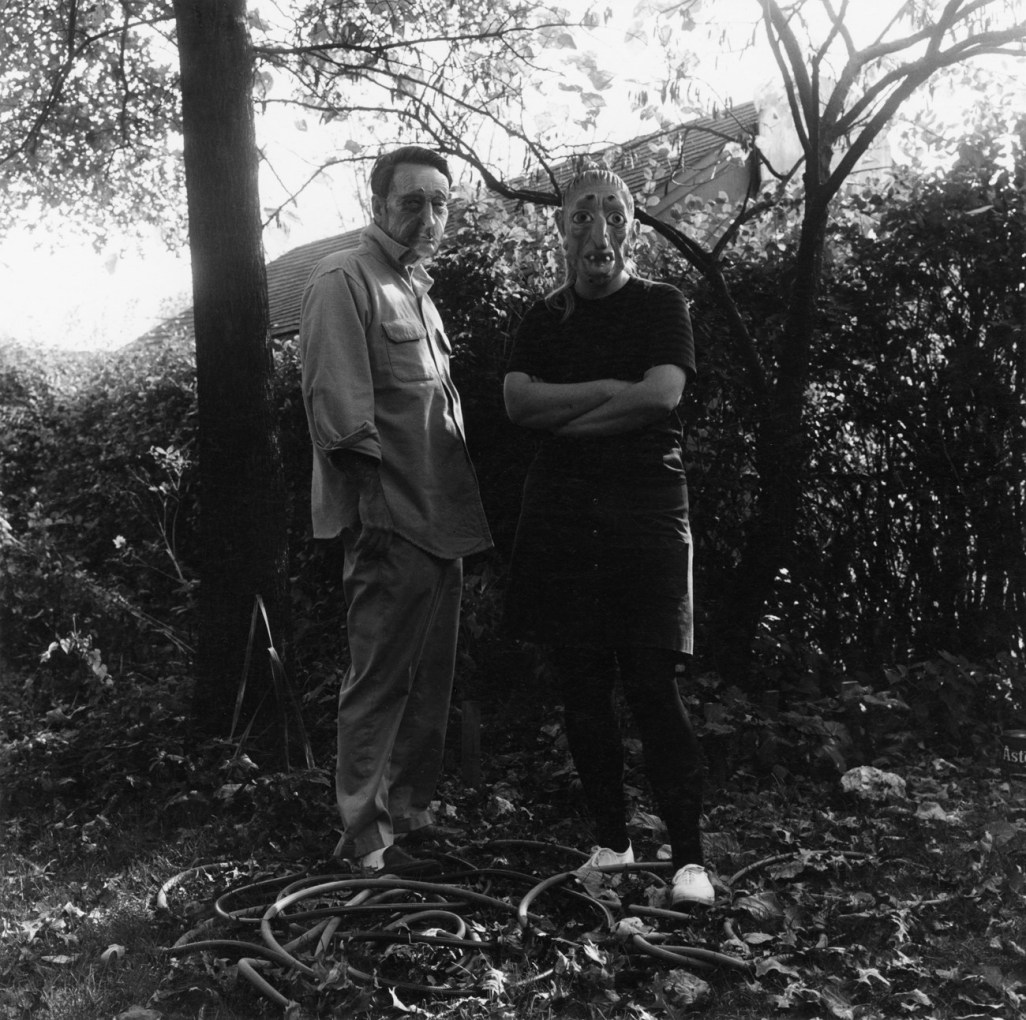 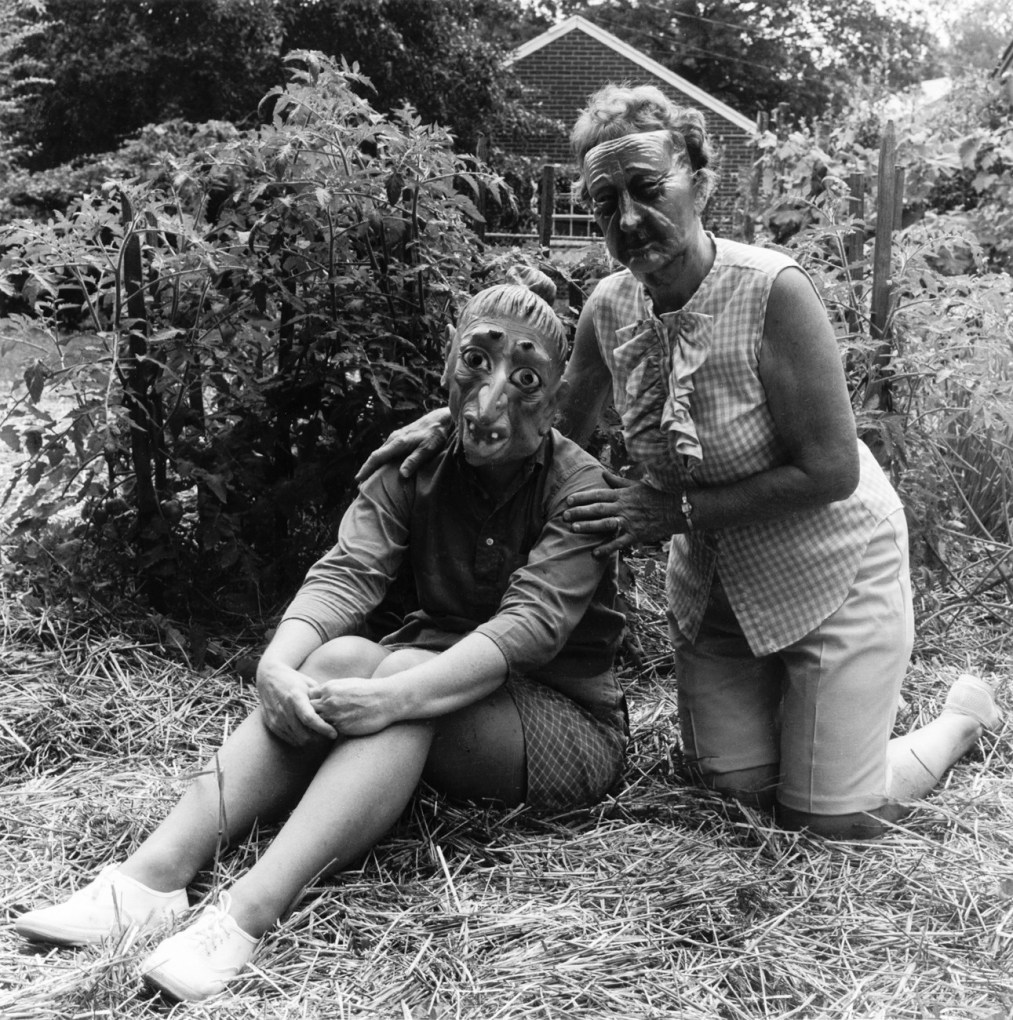 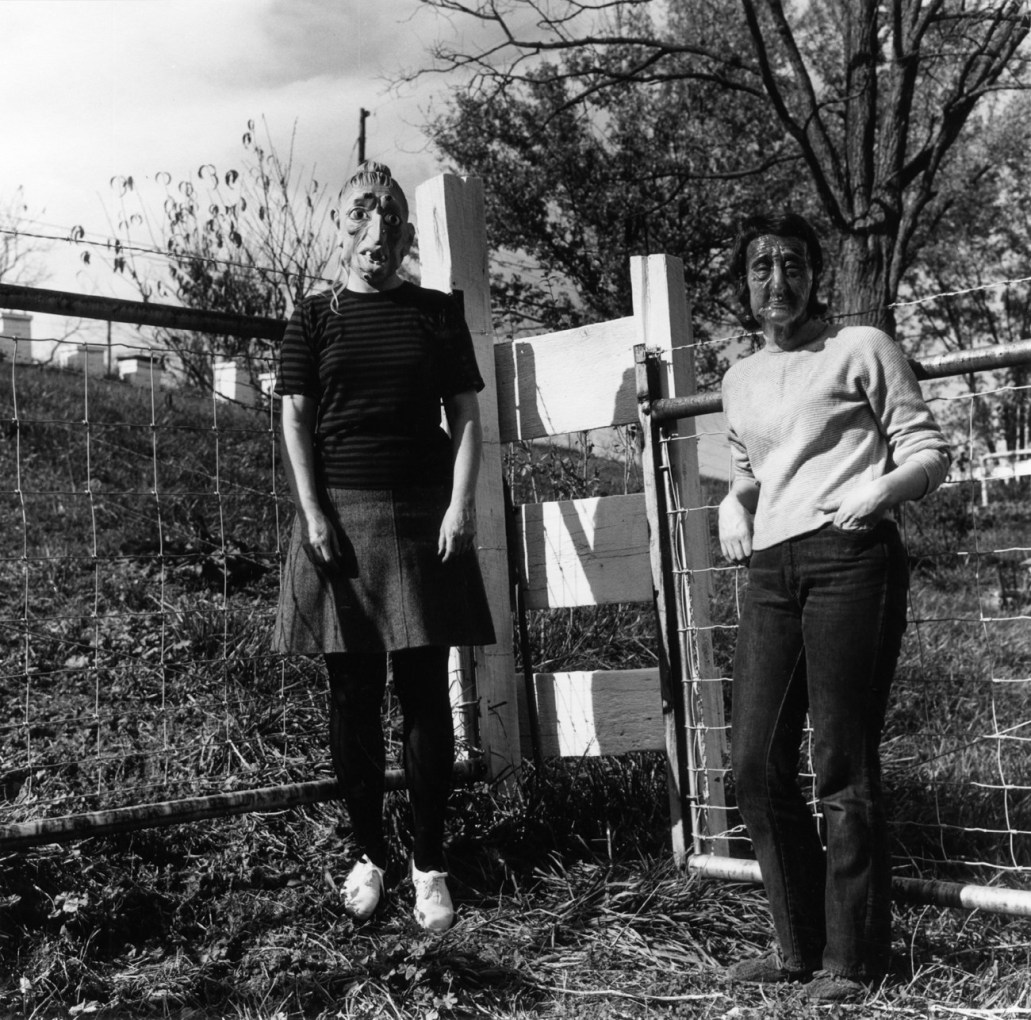 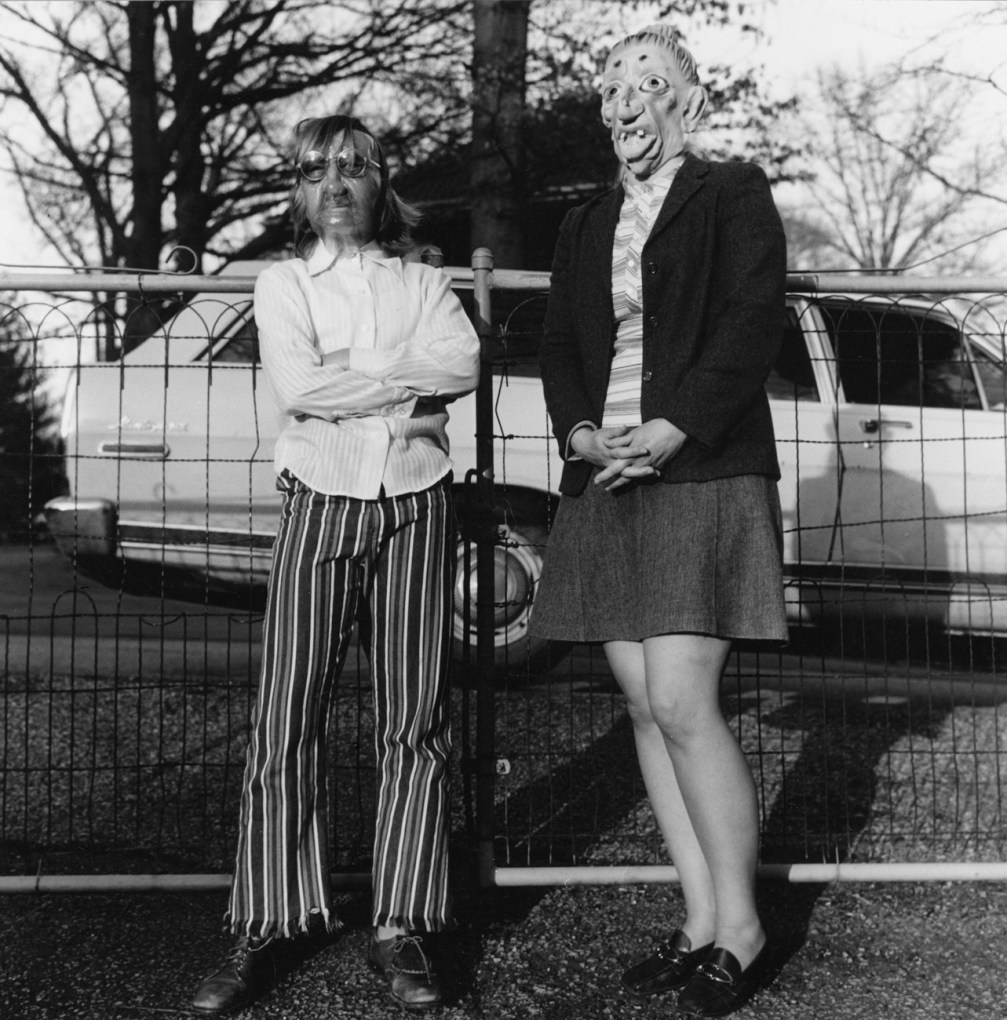 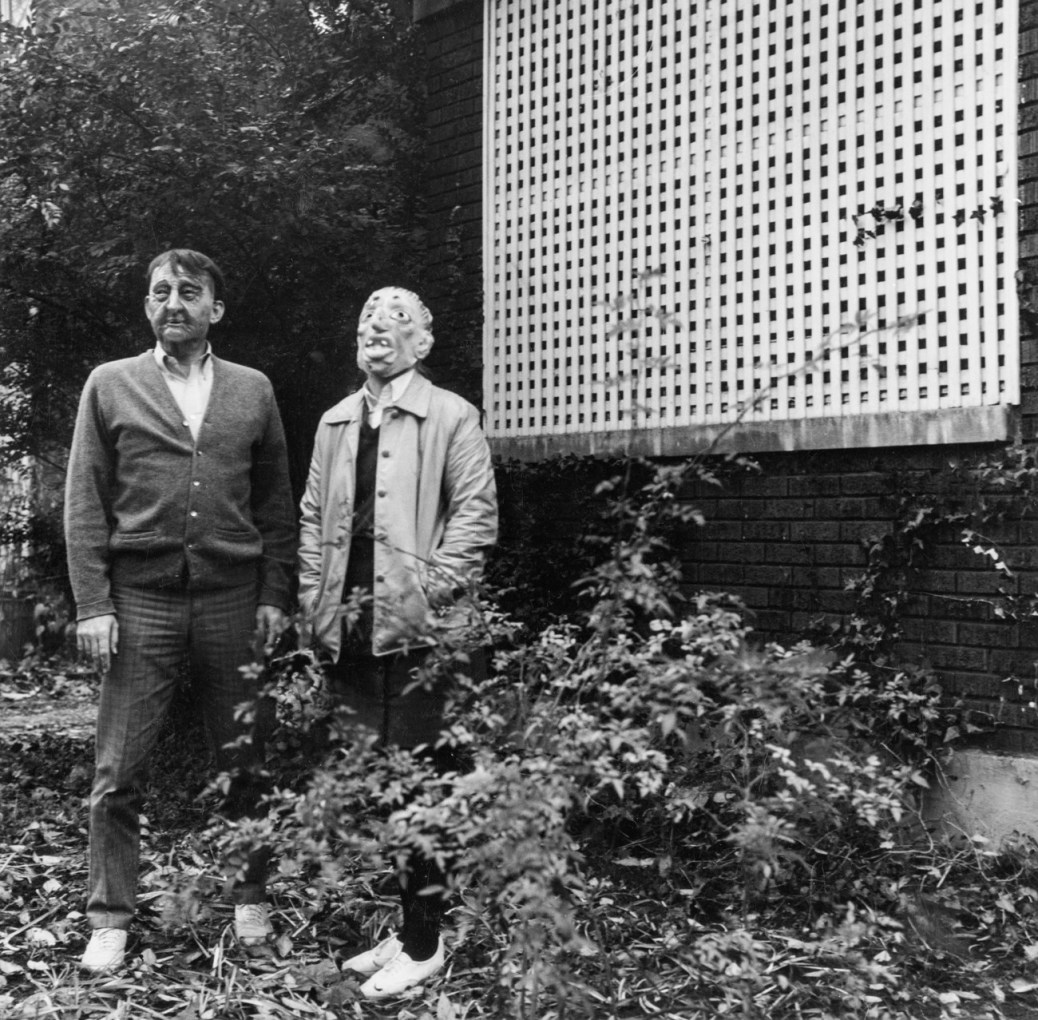 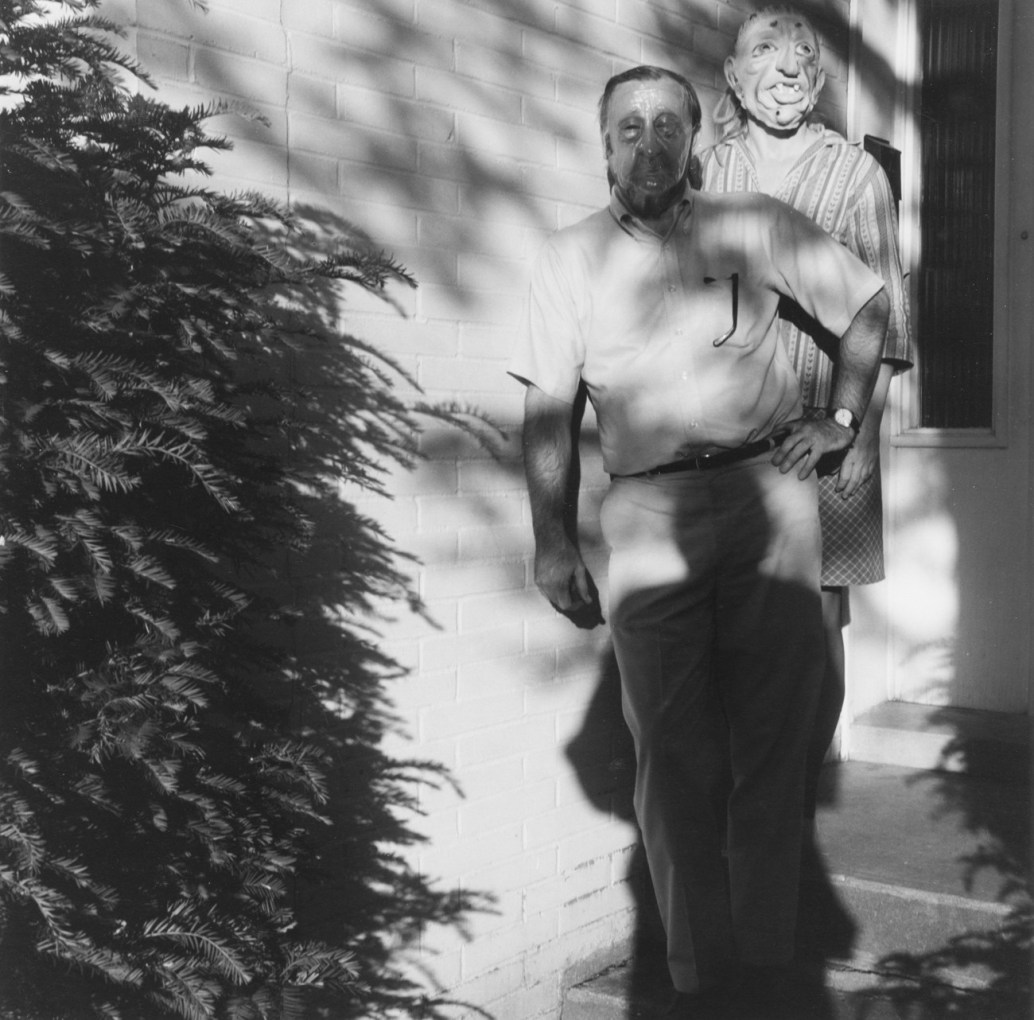 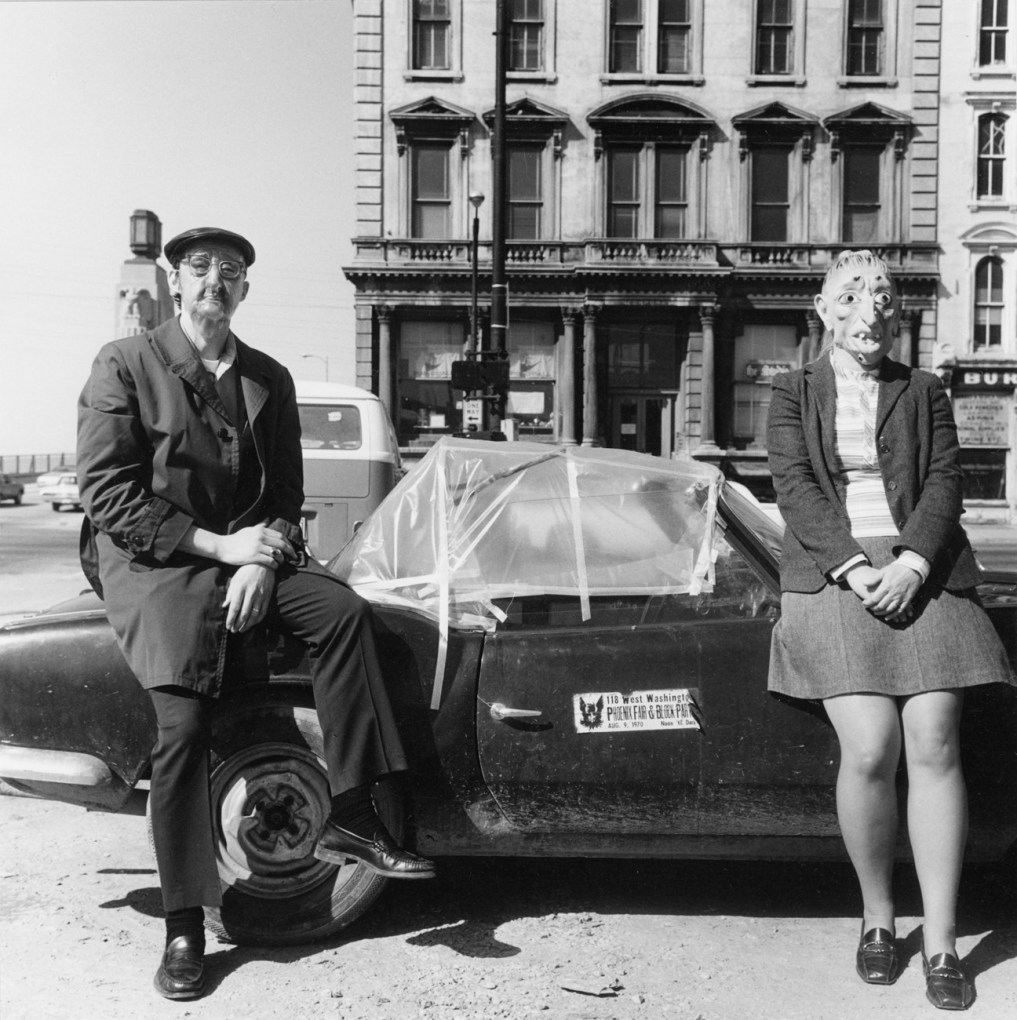 Working outside of the photographic mainstream, Ralph Eugene Meatyard's imagery consisted largely of symbolic dramas, set in ordinary, often abandoned places and enacted mostly by his own family. Taken as a whole, his photographs seem to embody a belief that revelation does not depend on sight.

The Family Album of Lucybelle Crater is Meatyard’s swan song and was produced primarily during the two years before his death of cancer in 1972. The series consists of 64 portraits of “Lucybelle Crater”, a name adapted by Meatyard from a character in a Flannery O’Connor short story. In each picture, “Lucybelle” is played by Meatyard’s wife Madelyn wearing a dime-store hag’s mask, paired with various family members and friends in a transparent second mask that had an aging effect on its wearers. The sequence and structure of the series is that of anyone’s family album, beginning with immediate family and extending out to other relations and finally to a larger circle of friends. Meatyard clearly intended that the identity of each person need not be known to the viewer of this work, for he gave every character the same name — Lucybelle Crater. In the final image of this series, made shortly before his death, Meatyard and his wife traded clothes and masks, having returned to the garden where the first photo had been realized.