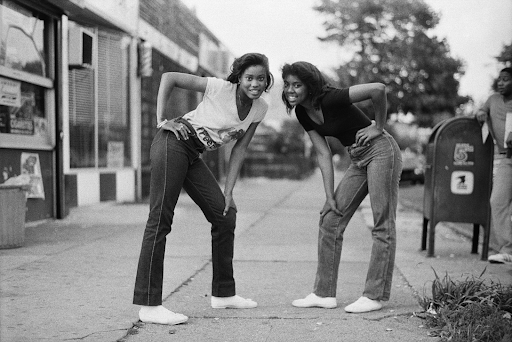 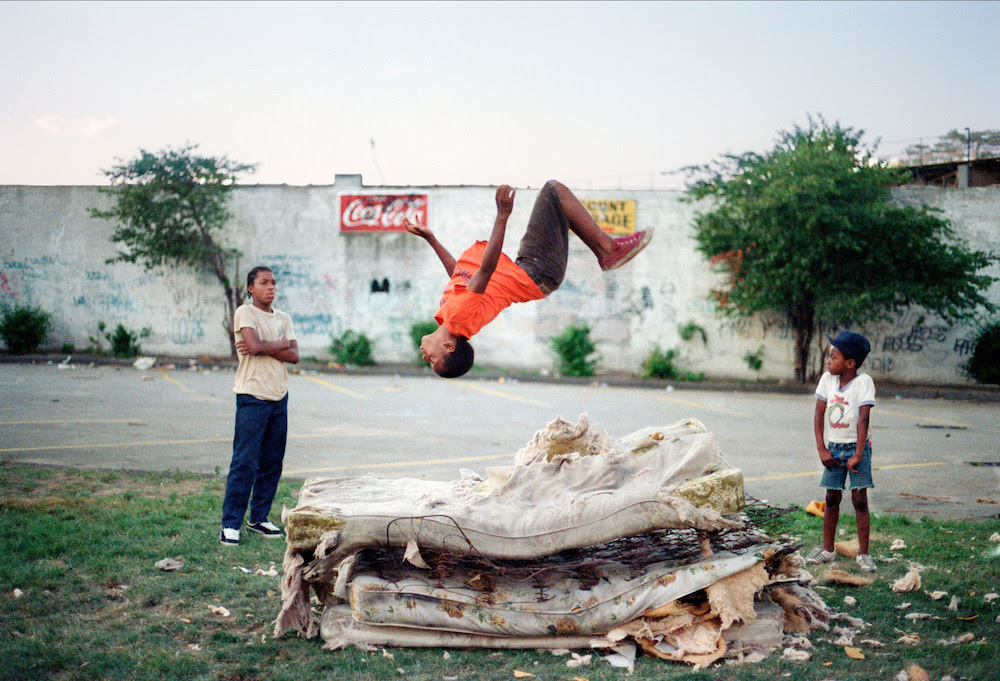 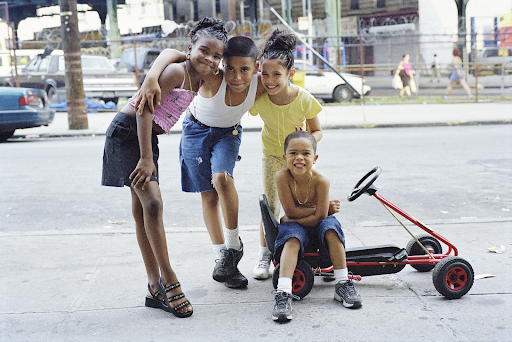 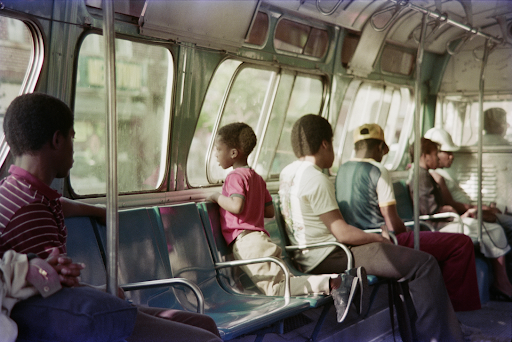 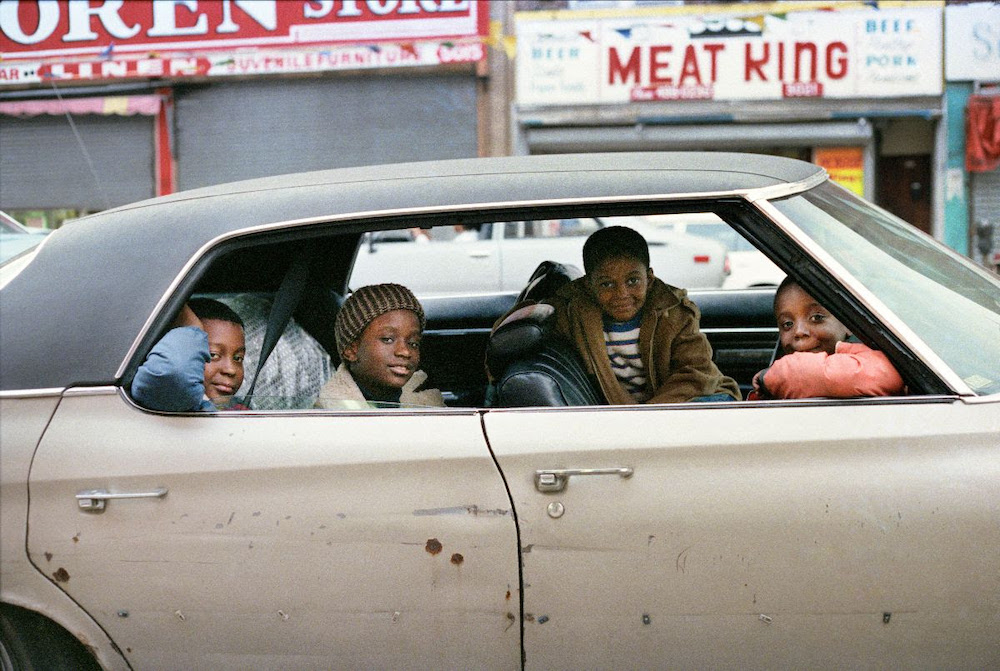 Photography has always had a sense of nostalgia for Brooklyn-born Jamel Shabazz. After a stint in the military that saw him stationed in Germany for 3 years in the late 1970s, he “returned home to the United States with a new camera and with a new vision to try to capture a part of my life that was gone,” he told Vogue many years ago. Shabazz works feel like someone who wanted to recapture an old feeling, or an essence of a place that perhaps he didn’t recognize anymore. That is what good street photography does, though, doesn’t it? It takes you to place you might realize a kinship for but can’t quite place where or when it was.

Jamel Shabazz: Eyes on the Street is exemplary in that way; it’s about a NYC we know how to identify but of an era that is so unrecognizable in so many ways. The Bronx Museum notes that the works are an “intricate ballet of daily life in the metropolis,” and even though they are shot up to 2020, that last two years proves that time is ancient even when so close. But street life in NYC is unlike any place on earth, and whether the coldest in January or the deep heat of late August, the city is like an all encompassing performance.

And we know this because of the likes of Shabazz and his photography, because his lifetime of work of 4 decades of photography is the thread that lets us understand and develop a visual language of a place. That he wanted to recapture part of his youth that was lost is universal—we all want to regain the fountain of youth or fight gentrification and change. That Shabazz documents how fashion, hip-hop and the mundane aspects of daily life could live in harmony is a testament to a keen eye and unique place that continues to capture the imagination. —Evan Pricco