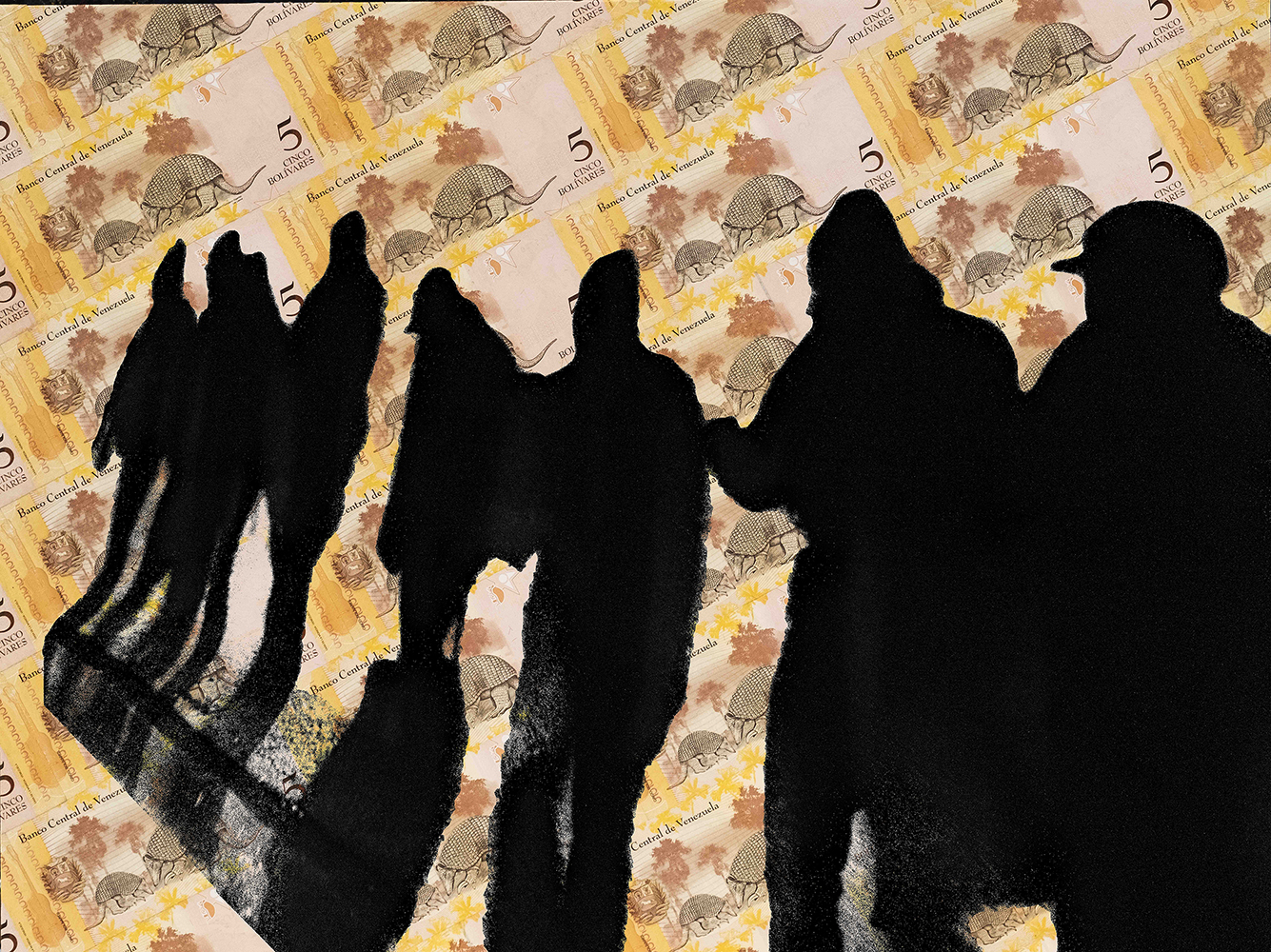 Since 2015, nearly five million Venezuelans (roughly 15% of the population) have emigrated from their home country while 94% of those remaining live in poverty in a deepening humanitarian crisis fueled by economic mismanagement and human rights violations.

In 2019, Ecuadorian documentary photographer Felipe Jácome travelled to Cúcuta, a town on the border of Venezuela and Colombia whose south highway serves as one of the main arterial routes into Colombia. On this road, Jácome joined Venezuelan migrants, known collectively as Los Caminantes (The Walkers), fleeing the economic and political turmoil in Venezuela.

Jácome traveled some 125 miles to Bucaramanga, Colombia; walking, sleeping, eating, and jumping on the back of trucks with the migrants. Aware that his subjects needed to cover up to 25 miles per day to reach shelters, Jácome took portraits while on the move, occasionally recording their story with his phone. The now well-trodden road to Bucaramanga sees Venezuelans of all ages: from young packs of men to families with children needing to be carried to the elderly and disabled.

The mass exodus is forecasted to surpass that of the Syrian Refugee Crisis by the end of 2020. Despite this, and the growing danger Venezuelan migrants face during the unprecedented COVID-19 pandemic, the crisis remains grossly unaided by the international community. During the first four years of the Syrian Refugee Crisis, the international community contributed $7.4 billion in refugee response efforts. Comparatively, Venezuela has only seen $580 million in support in its first four years. On a per capita basis each Venezuelan refugee received $125 compared to $1500 for each Syrian refugee.

Since 2013, the Venezuelan economy has contracted 65 percent. As a result, the currency is practically worthless; a month’s wages barely meet the cost of a bag of rice. Using the silver gelatin darkroom process, Jácome superimposes portraits taken on the road on to the now defunct Bolívar banknotes. The light sensitive emulsion bonds the images of the migrants to the money: a metaphor for the very cause and consequence of the crisis.