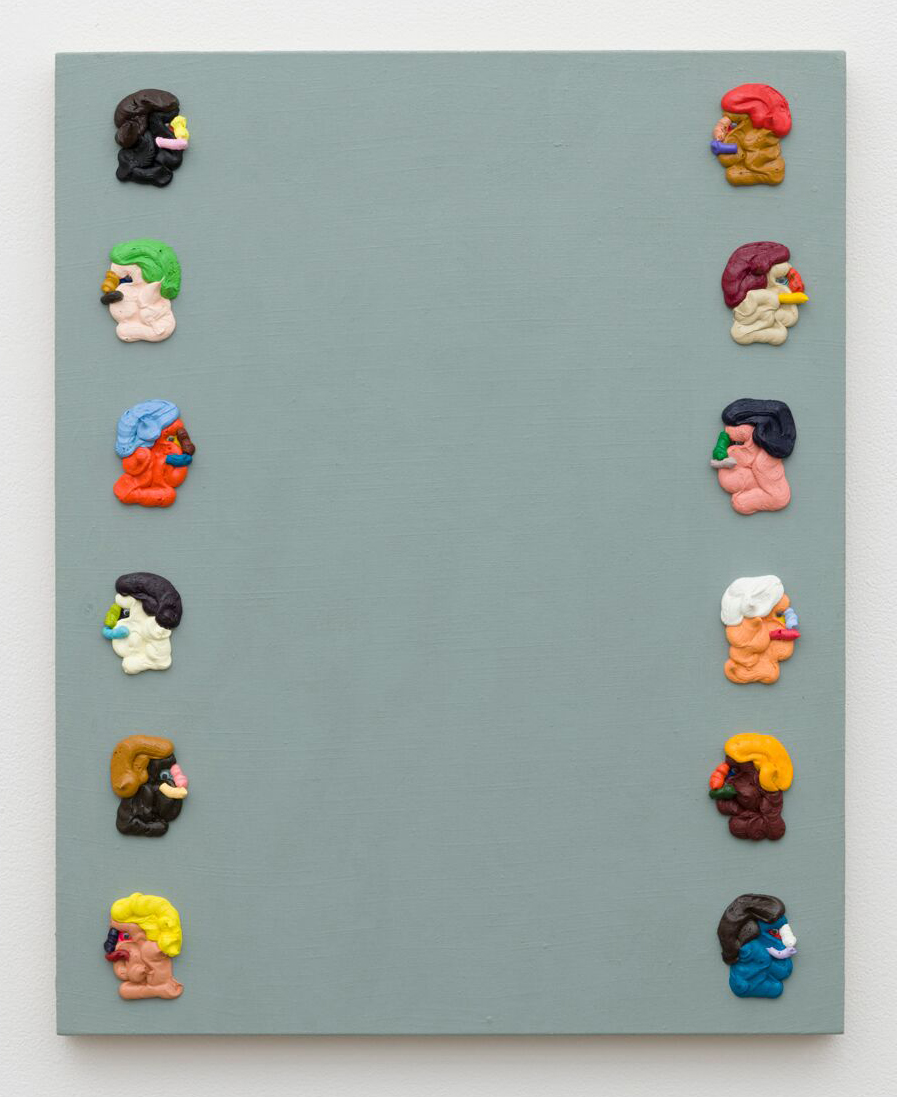 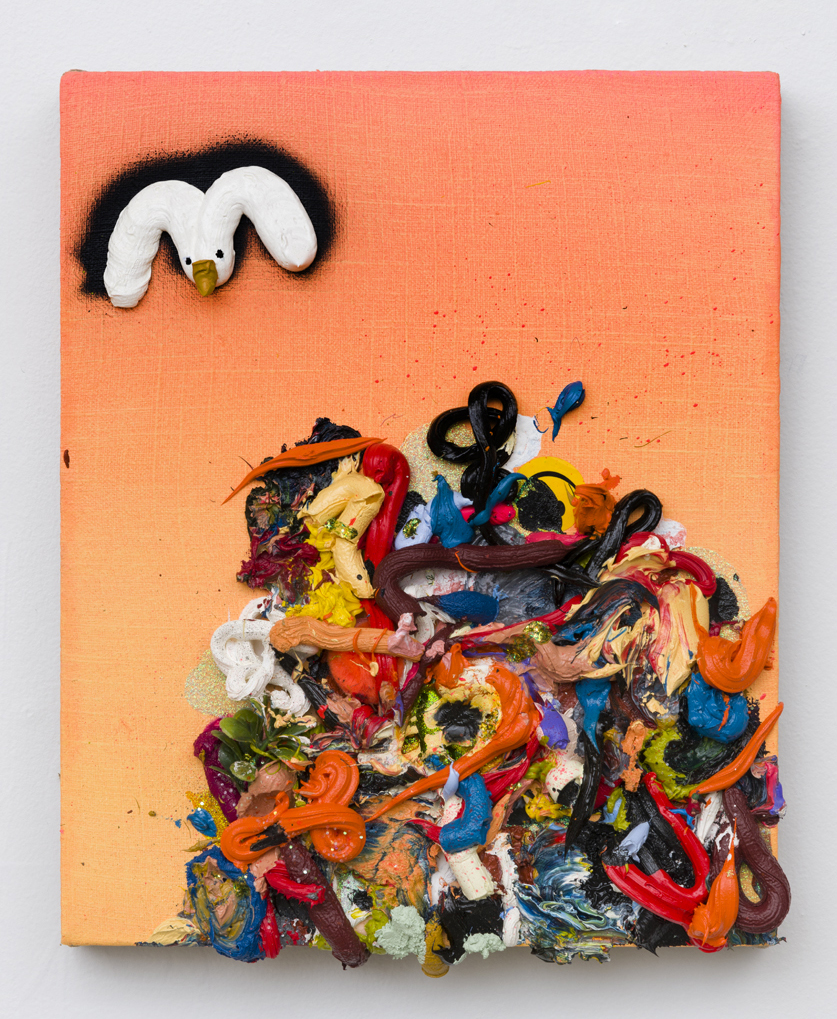 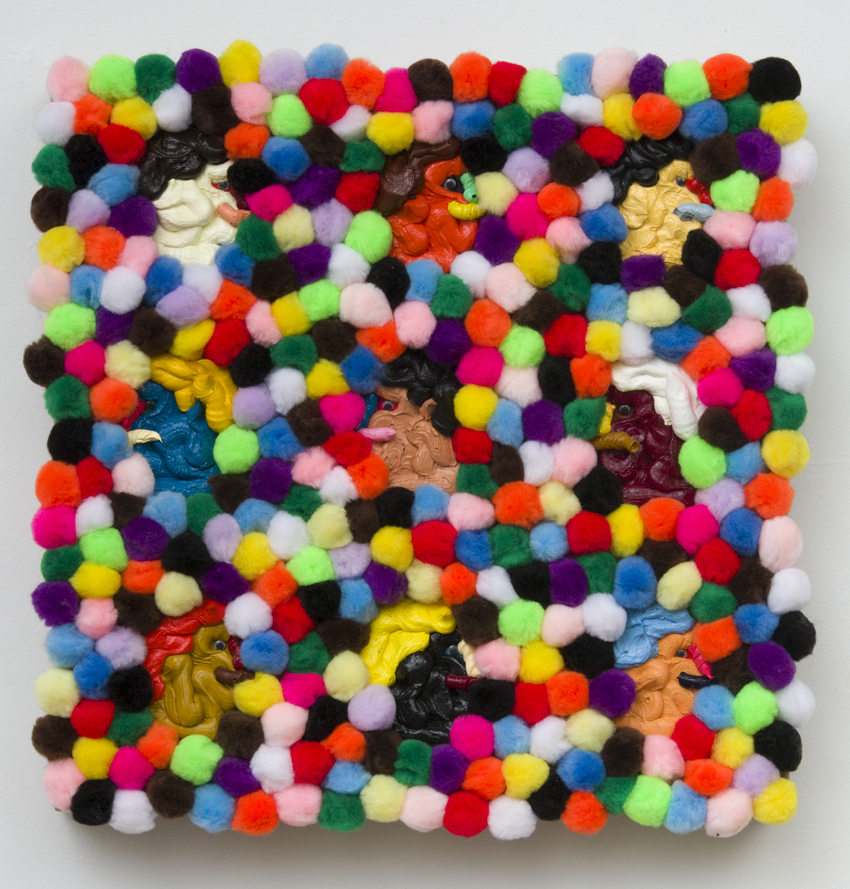 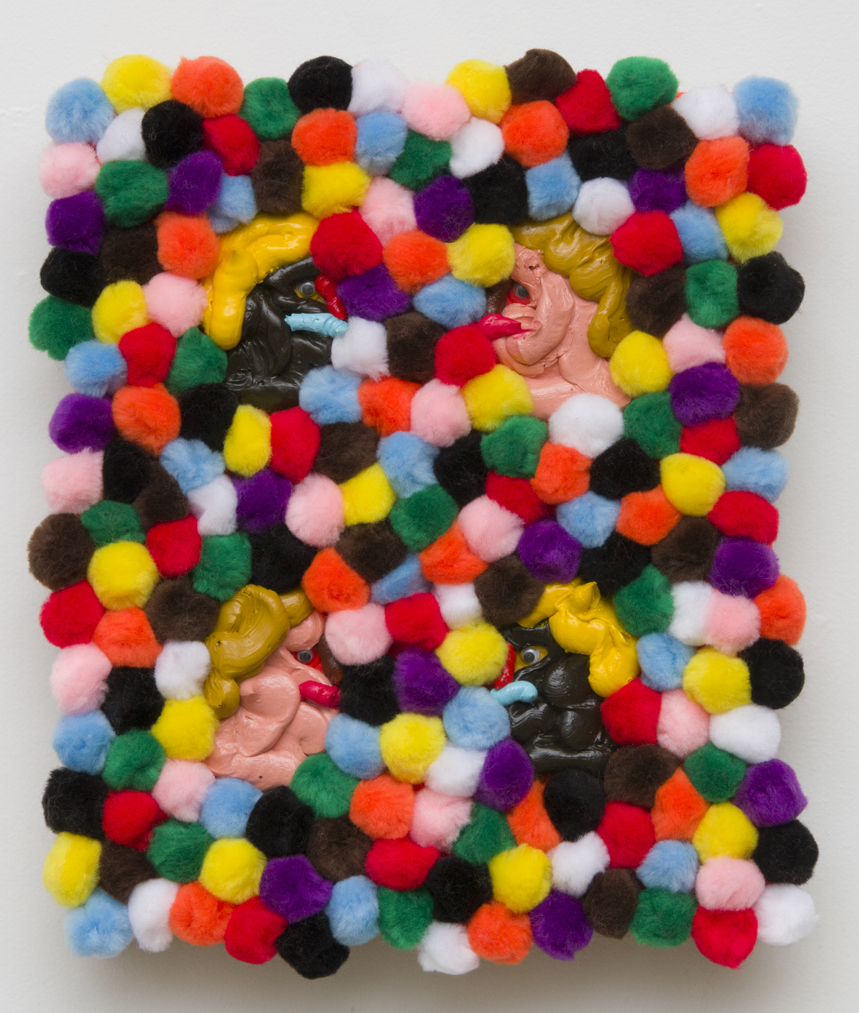 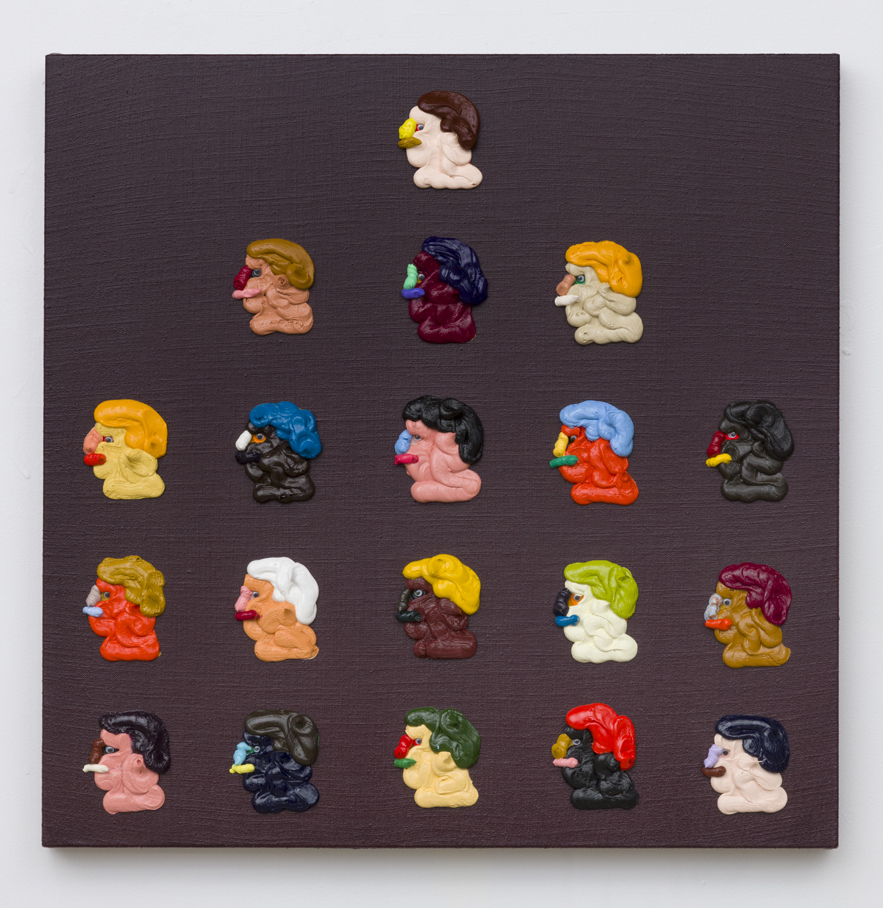 LA-based painter Adam Beris arrived in his light-bathed studio recently to find that an unknown intruder had been there before him and left in haste. A quick forensic investigation found a series of small non-human footprints meandering across a freshly painted canvas, trailing select hues and even sampling a bit of the color with particular attention paid to the verdant greens and earth tones, which are favored by the artist. And though this unknown collaborative transgressor was rarely heard from again, much of the artist's latest body of work was done with the nagging mystery of the culprit's identity still at large, resulting in the playful title for his new solo show, Rat Trap, at Guerrero Gallery.

Adam Beris's lush paintings make use of a sculptural approach to paint application, creating a highly emotive set of glyphs, faces and a semiotic vocabulary all his own. Often organized in neat grids that contrast the gestural goop-iness of Beris's built-up profiles and symbols, the artist's works employ a vaguely scientific approach to organization and classification that is similar to Bernd & Hilla Becher's industrial typologies. An element of collecting pervades the works as the sides of the faces in an Adam Beris painting could closely resemble a cross-section of old toys pulled from a flea market stall, yet above that of a mere consumer, Beris paints with a godlike authority in his ability to create and control the population contained within. There is also an undeniable material directness to his paintings as the artist often chooses to apply the medium from tube to surface, allowing for an improvisational freshness contained within each symbolic mark and an arresting quirkiness to each realized profile. Recent additions to the works include such leftfield materials as pom-poms, sandwiched next to sumptuous globs of oil paint, poking fun at any concept of a hierarchy in materials as Beris' odd creatures pass a side-eye smile.

Born in Milwaukee, WI in 1987, Adam received a dual degree in Painting and Creative Writing from Kansas City Art Institute in 2009. His work has been exhibited in solo and group exhibitions across the United States including at Y53, Los Angeles (2018); Fabien Castiner Gallery, Los Angeles (2017); The Late Show, Kansas City (2011). Beris was also included in the exhibition Bounding Boundaries at the MCC Longview Cultural Center in Lee's Summit (2013).

Rat Trap will be showing at Guerrero Gallery in San Francisco through June 8th, 2019.