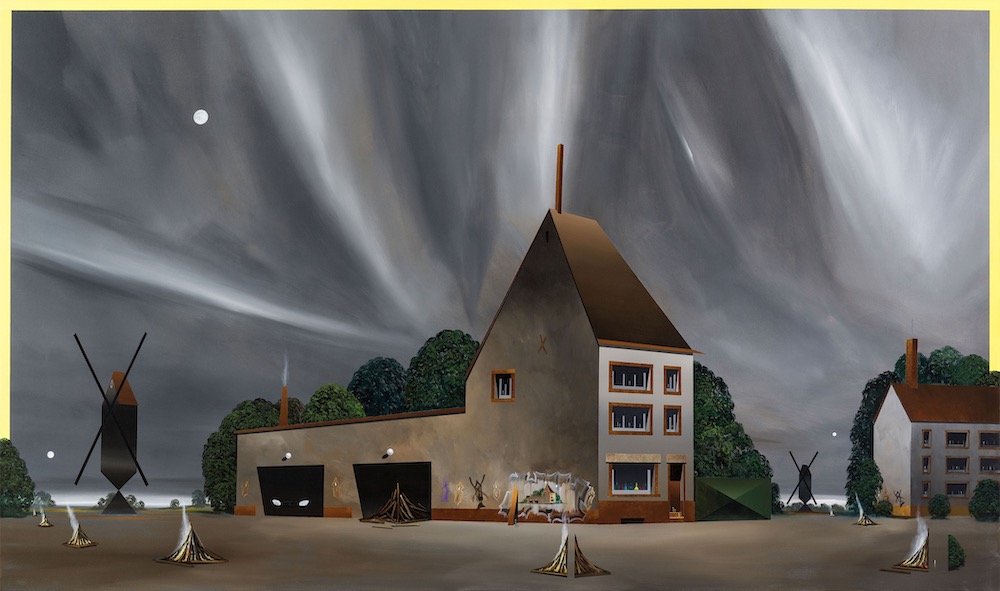 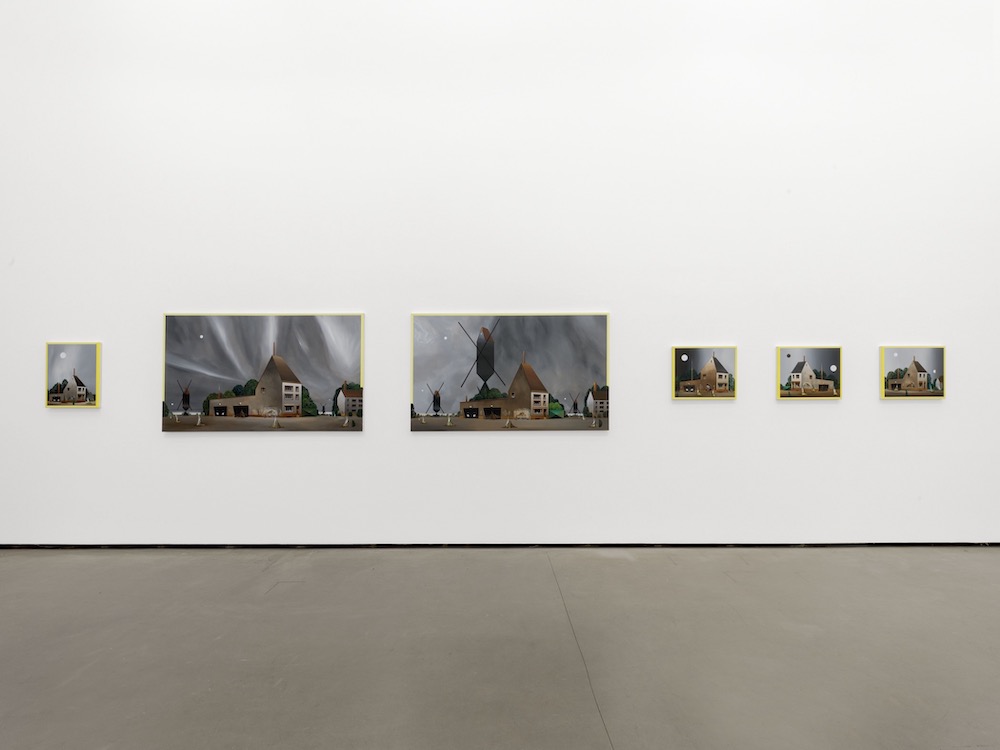 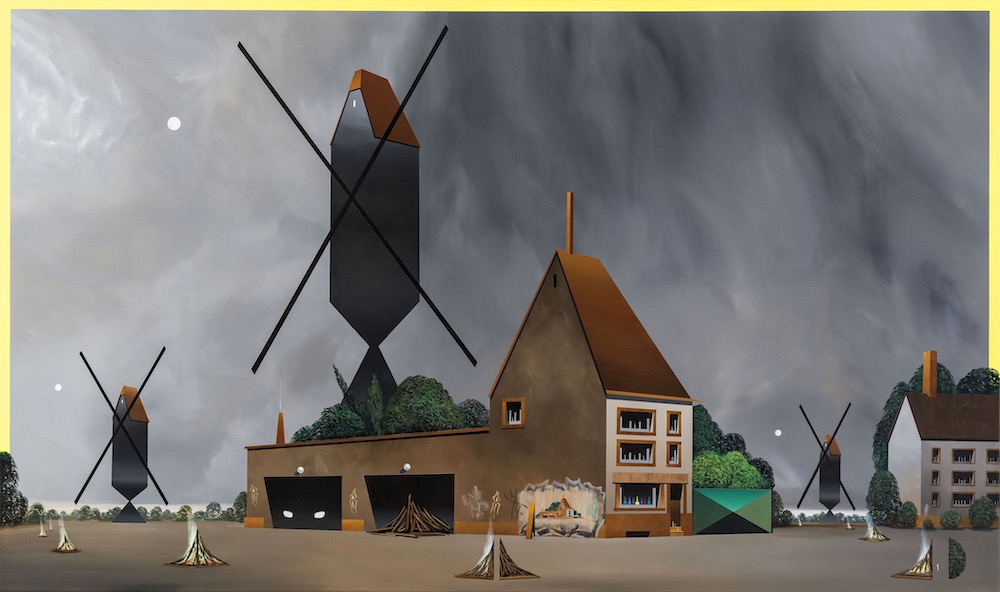 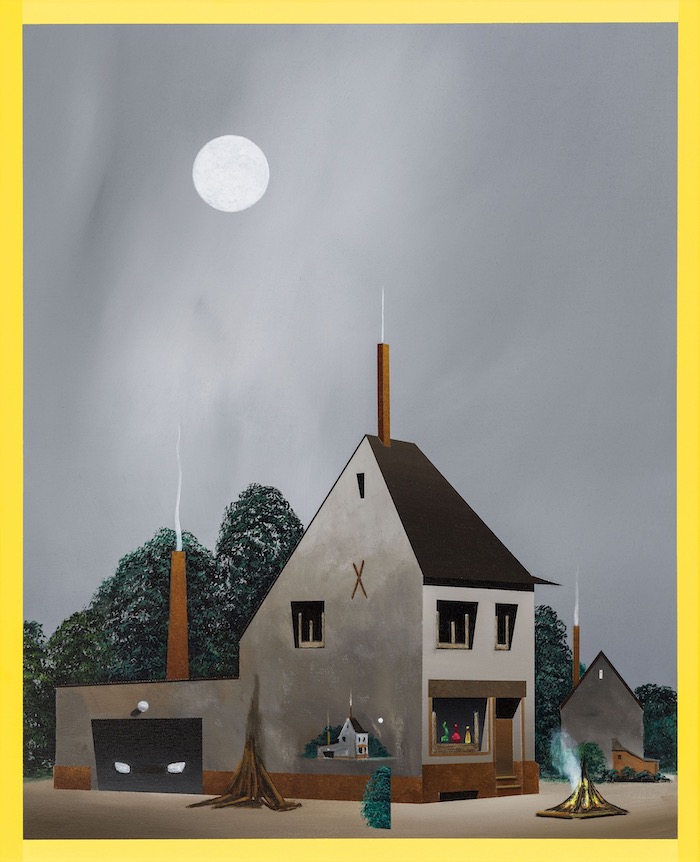 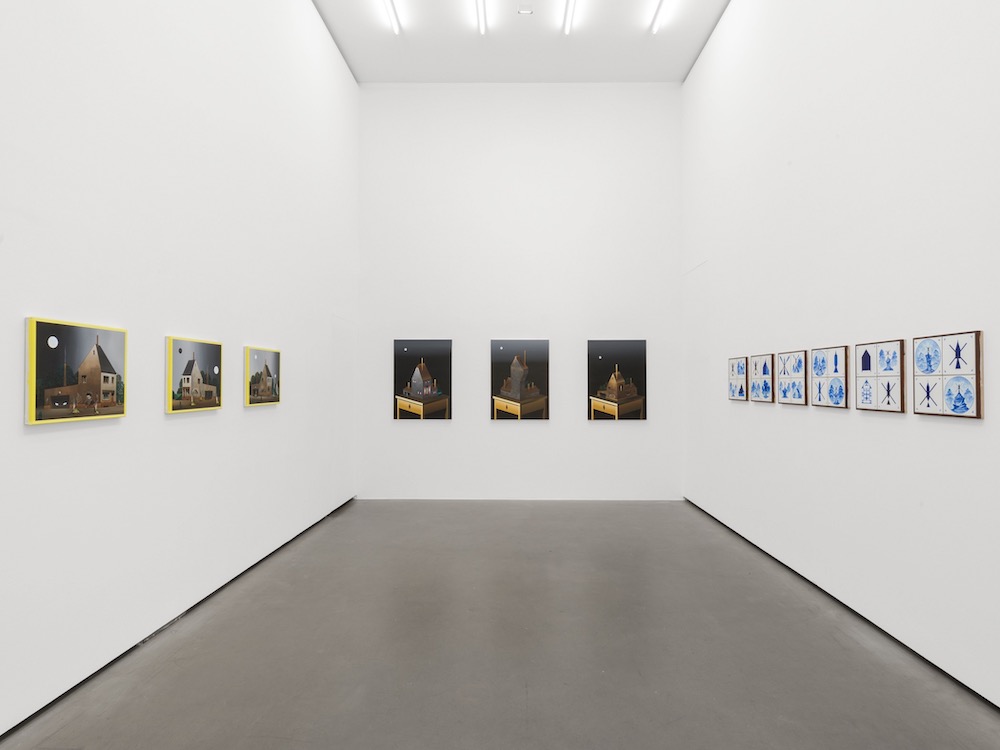 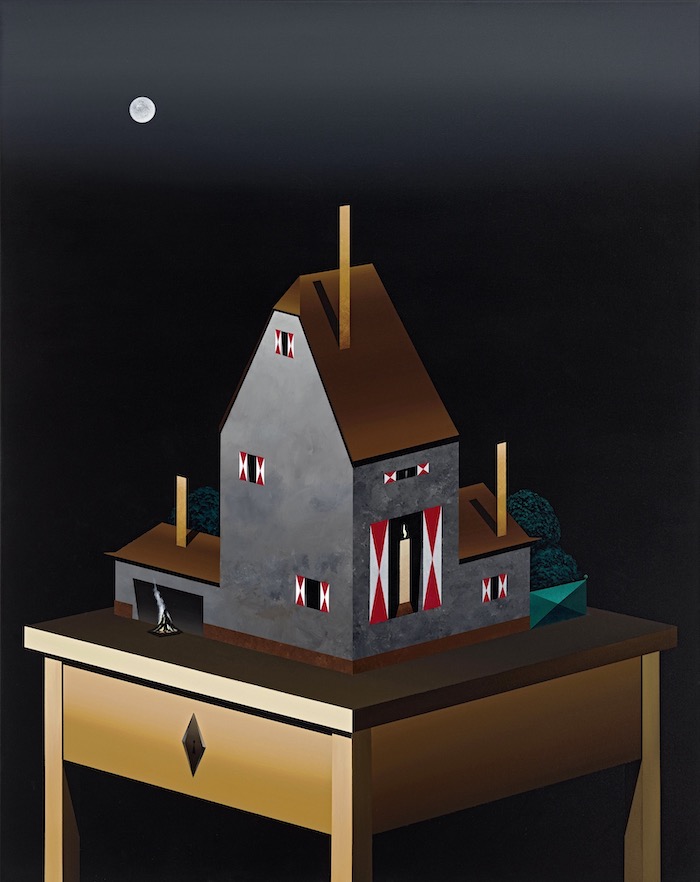 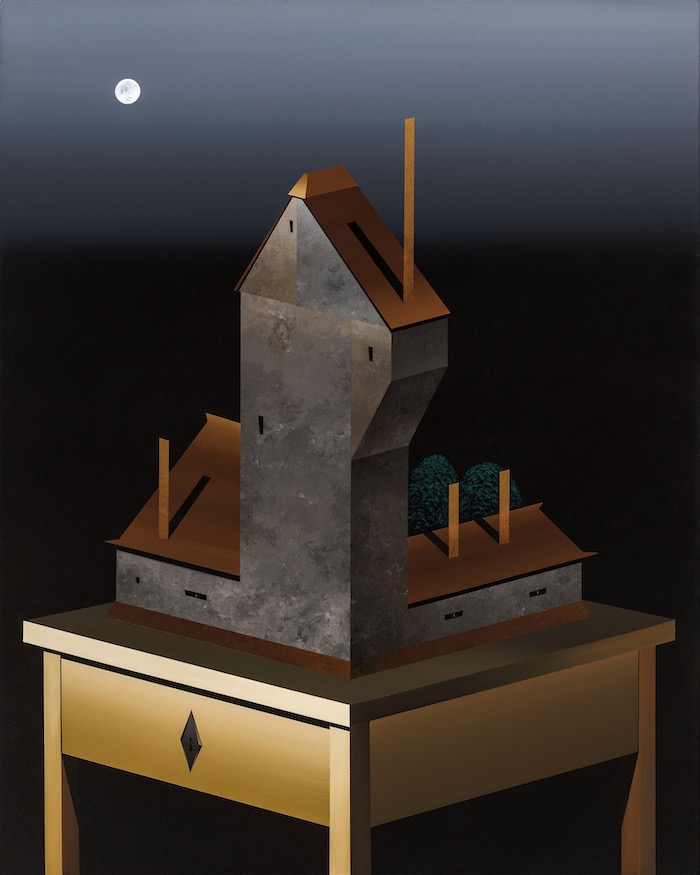 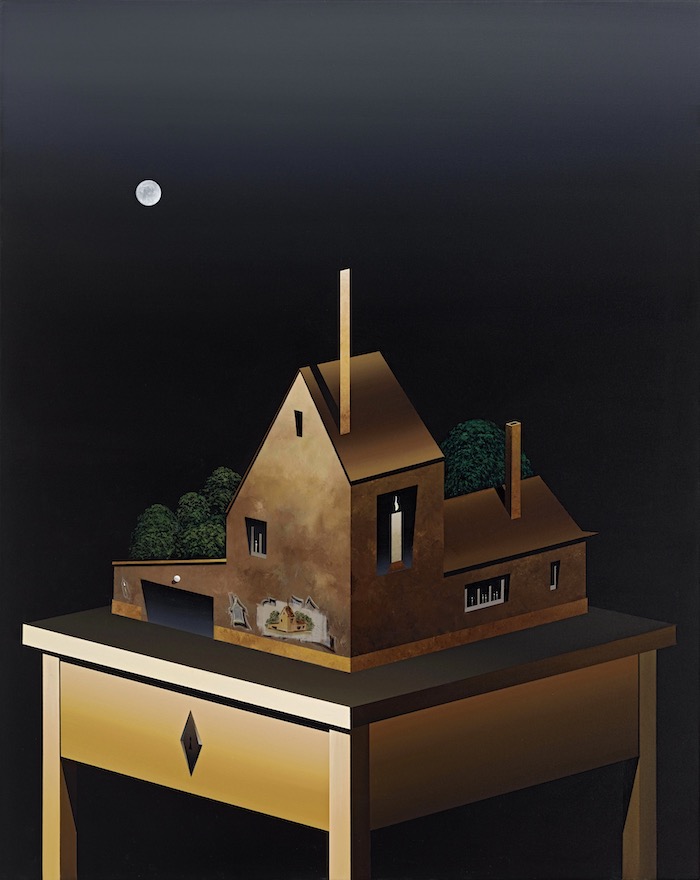 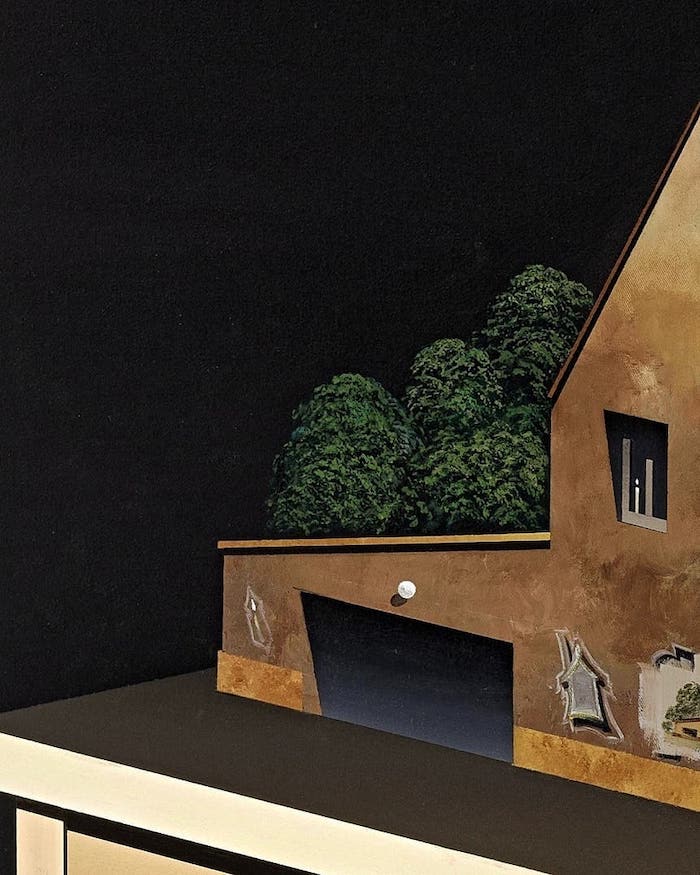 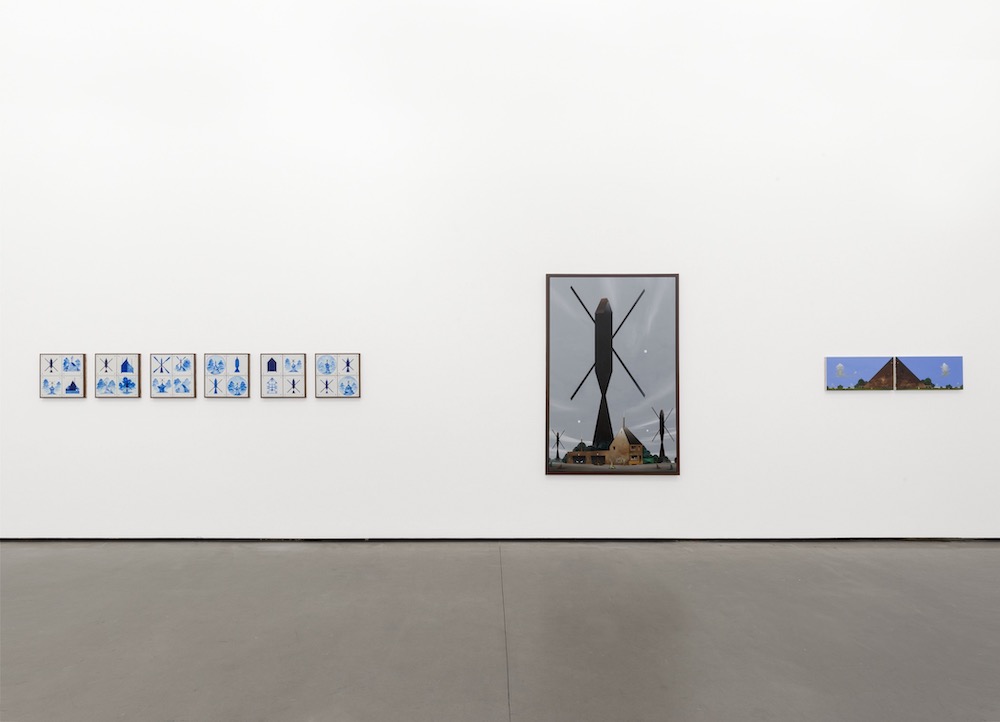 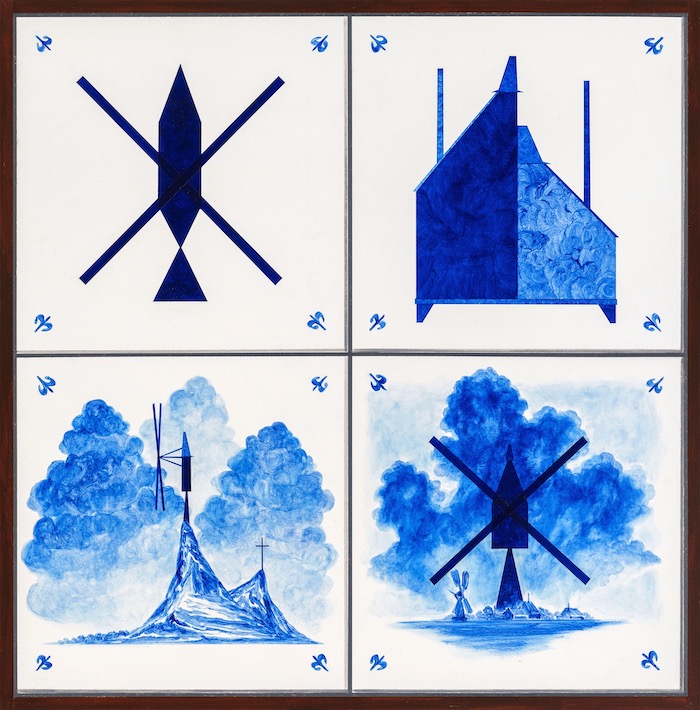 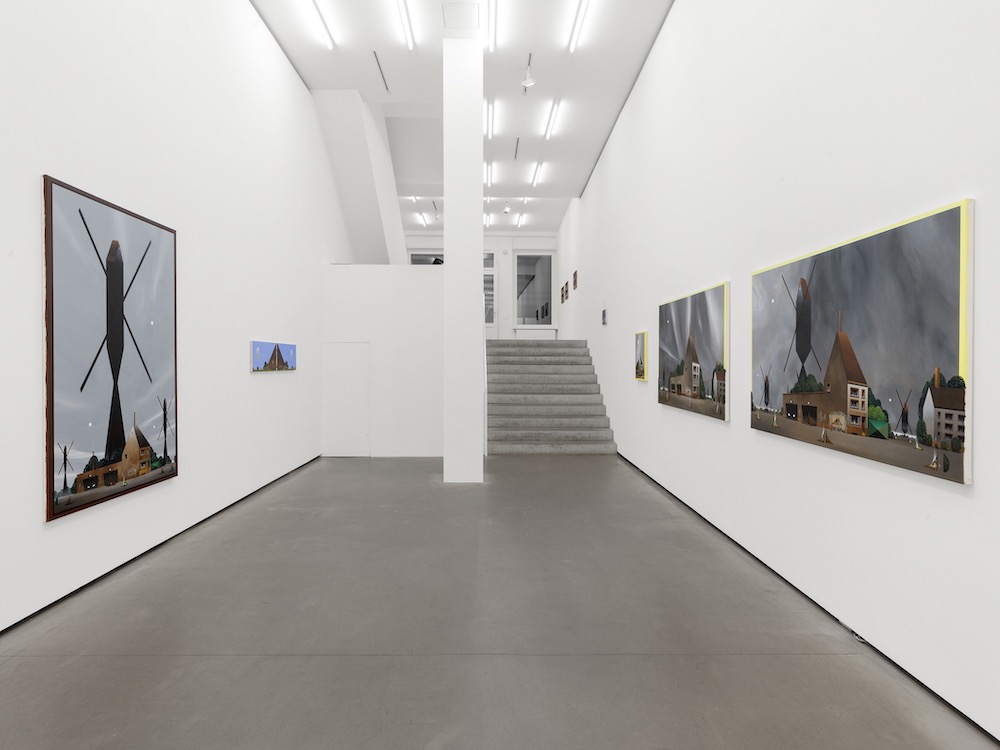 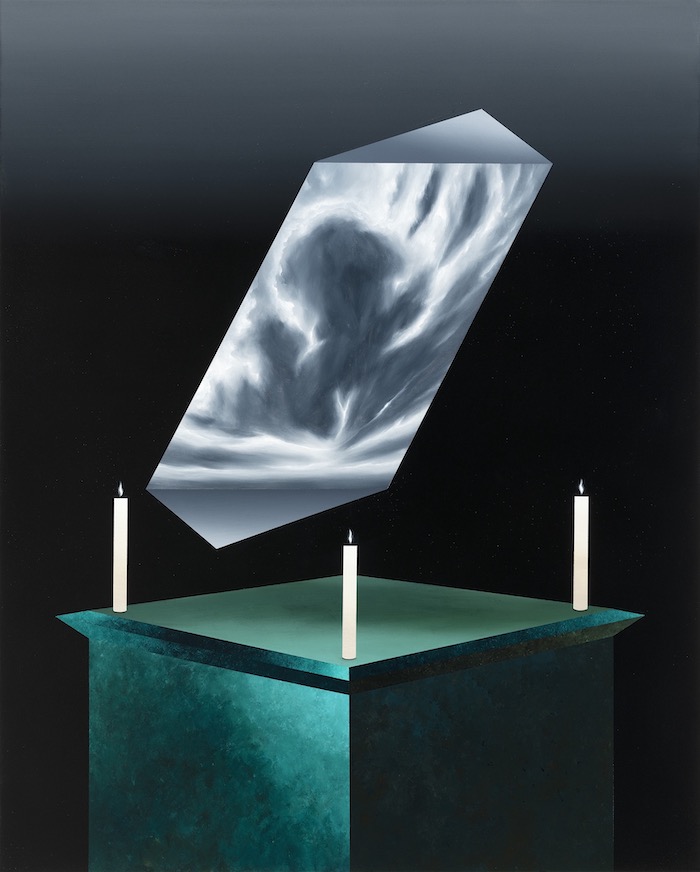 There is still a strong sense of abrupt change in both the atmosphere and the cityscape of Leipzig and its surrounding area. And it's the surrounding area or Umland in German, that is the title of Titus Schade's fourth solo presentation with Leipzig-based Galerie EIGEN+ART at their Berlin space.

Once part of the German Democratic Republic (GDR), a state that existed from 1949 to 1990 in eastern Germany as part of the Eastern Bloc, the entire area experienced an intense change at the end of the 1980s when the country reunited. This sudden switch in economy, politics, ideology, and an introduction and access to what's recognized as the Western world, is an experience that echoes through the region to this date. And while the cities more-less successfully found their ways to move on, the Umland, or the surrounding area, are often still hobbling after. And it's this ambiance of a precipitous shift that is permeating Schade's somewhat unsettling landscapes. Capturing the in-between moments, often sterile scenery suggests the close presence of the human protagonists but for an unknown reason, somewhere outside the picture. With campfire burning, an ax or plank of wood resting on the side, car lights lurking from the darkened garage, or often half-finished graffiti adorning the walls, it feels as a major event scared off whoever was in the scene just a second ago. "For me, the viewer, the recipient of my paintings, should be the person who acts in the scenery," the artist told Juxtapoz about the abruptly desolated atmosphere of his work. "The places and arrangements I paint should be stages for the imagination of the viewer." And the variety of clues laid down on the canvas, along with the way they are relating to each other as well as the viewer, induces many ways of reading these ambiguous landscapes.

Often using the image of the traditional, half-timber houses and windmills, but crashing their appeal against the sharp, digital-like ways of stylizing and depicting them, Schade is creating a sense of uncertainty that intensifies as one reads through his work. With such an approach the Leipzig-based artist is confronting the classical and romantic landscape painting with geometrical and precise structures of architecture. "I like to infiltrate the expectations of the viewer to "how the classical subject should be painted". Also, I try to transform an old pictorial language into a modern interpretation, inspired by a digital world. But all these things happen in an analog and traditional way directly on the canvas," the artist told us about how the ambiance of his work is accentuated with this unusual clash of techniques and aesthetics. This is realized by using traditional painting methods but in between carefully calculated and selected sections separated with masking tape. All the smooth gradients, sharp lines, and realistically depicted clouds, fires, and other organic elements are further pushed forward by the frequent use of the trompe l'oeil illusion, cut-out glitches, as well as repetition. Whether it's a painted frame around the idyllic rural scene, a fire sliced in half, or a smooth and perfect arrangement of Delft tiles, this effect brings the work one step closer to the viewer, adding to its obscurity. "Painting has so many opportunities to approach a topic, I don't want to miss a chance. So I try it in different ways and arrangements on different canvases. I like to represent different and various possibilities. I think the variation of one theme can bring the message home," Schade told us about the reasoning behind repainting the similar motif and subtly playing with its elements when envisioning Umland. —Sasha Bogojev