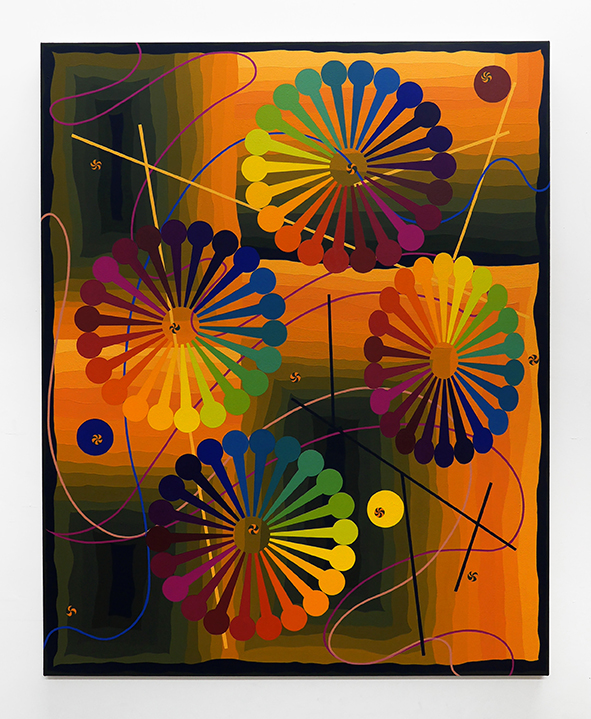 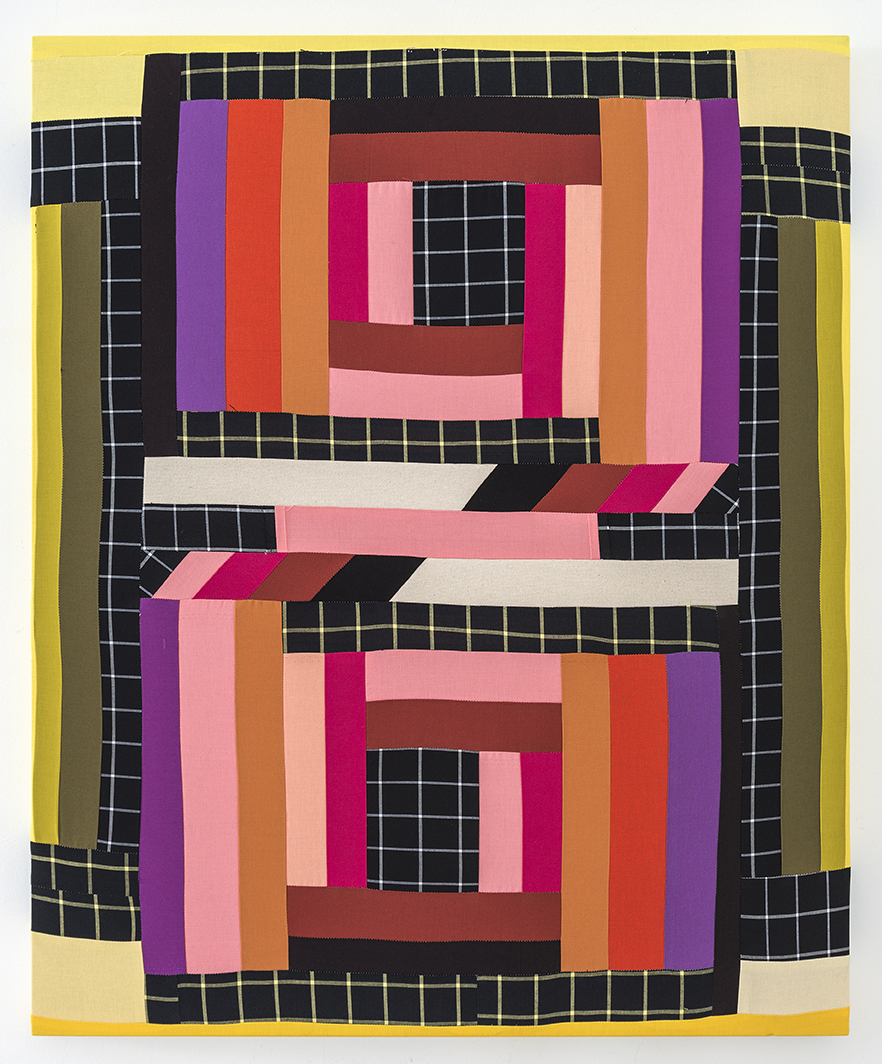 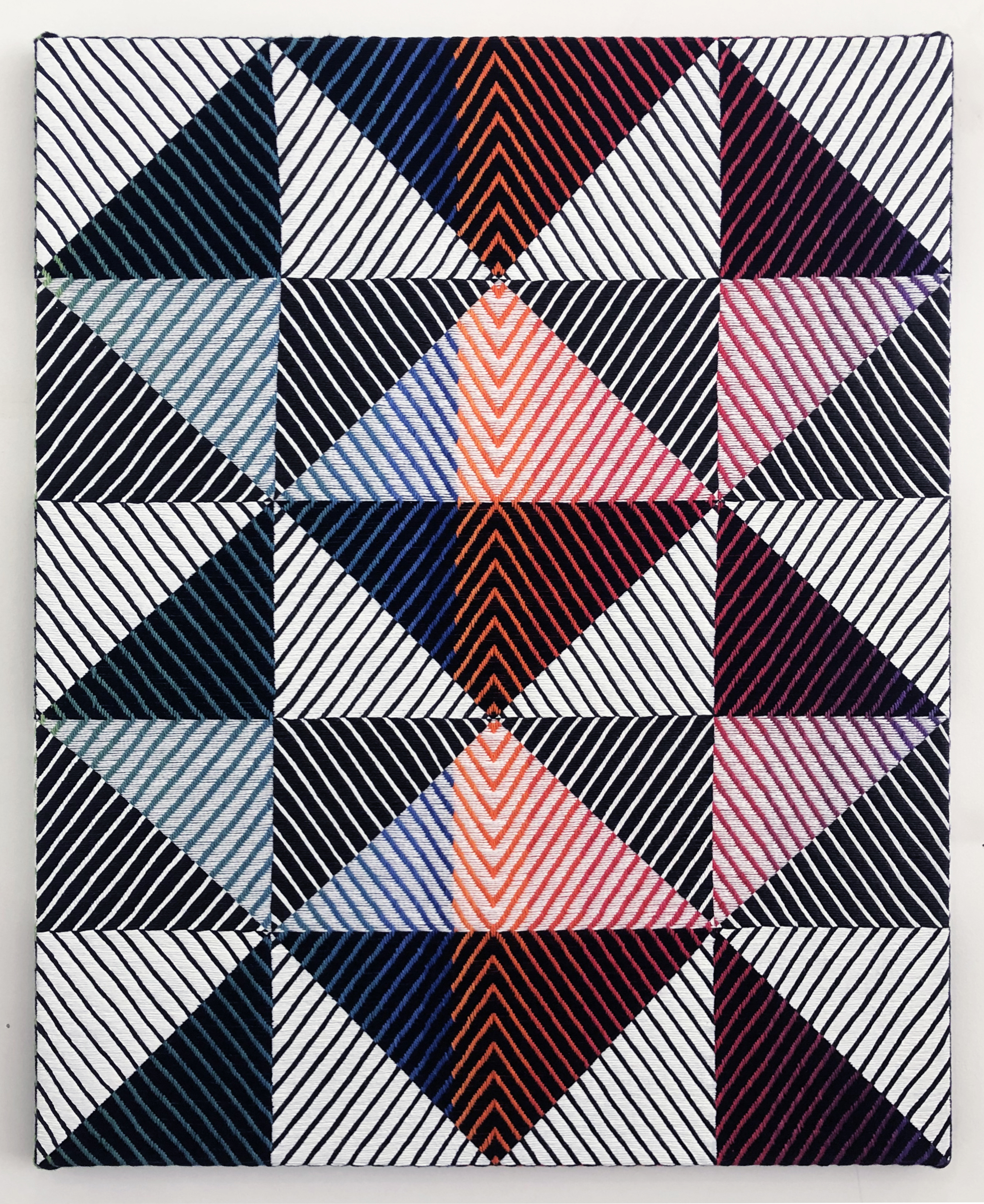 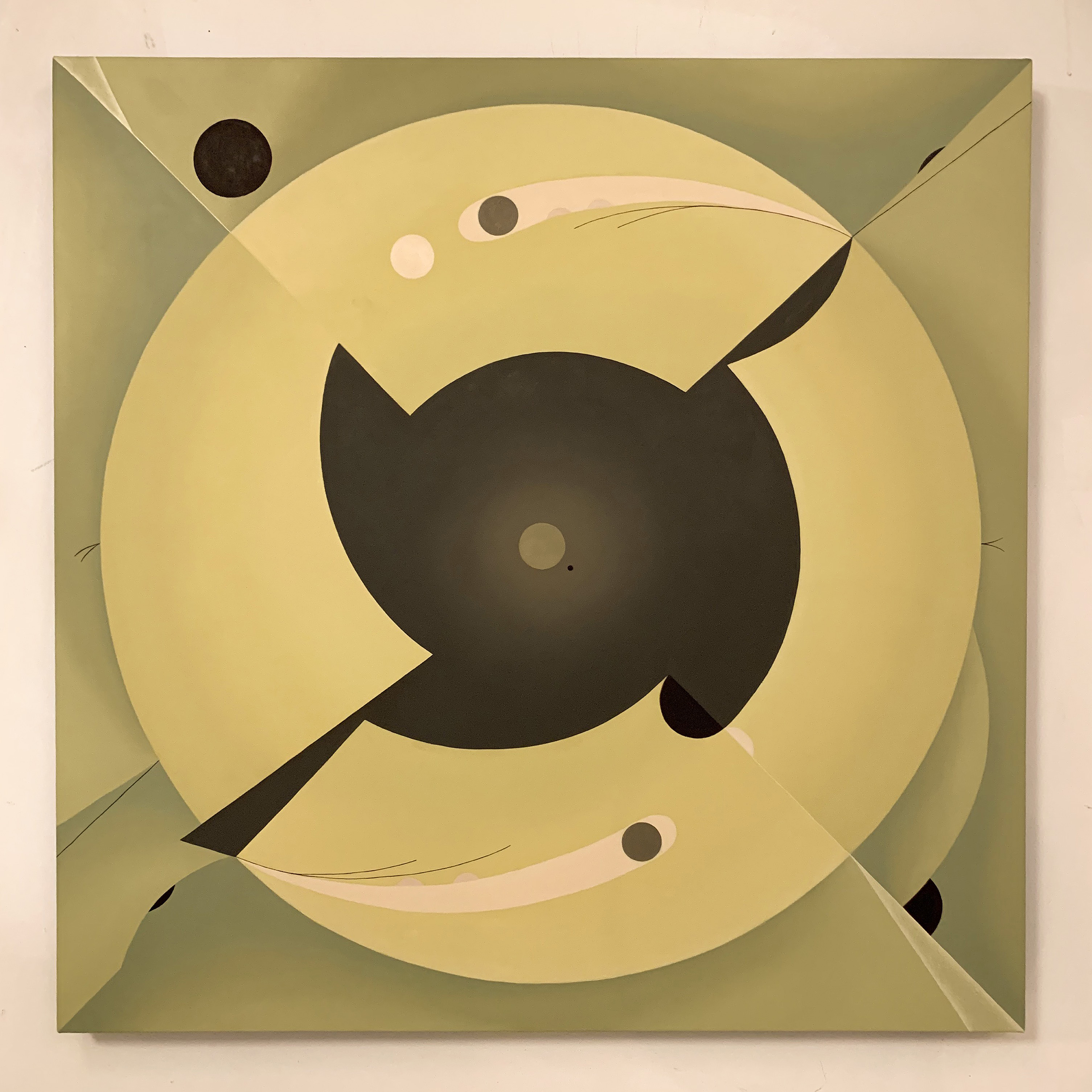 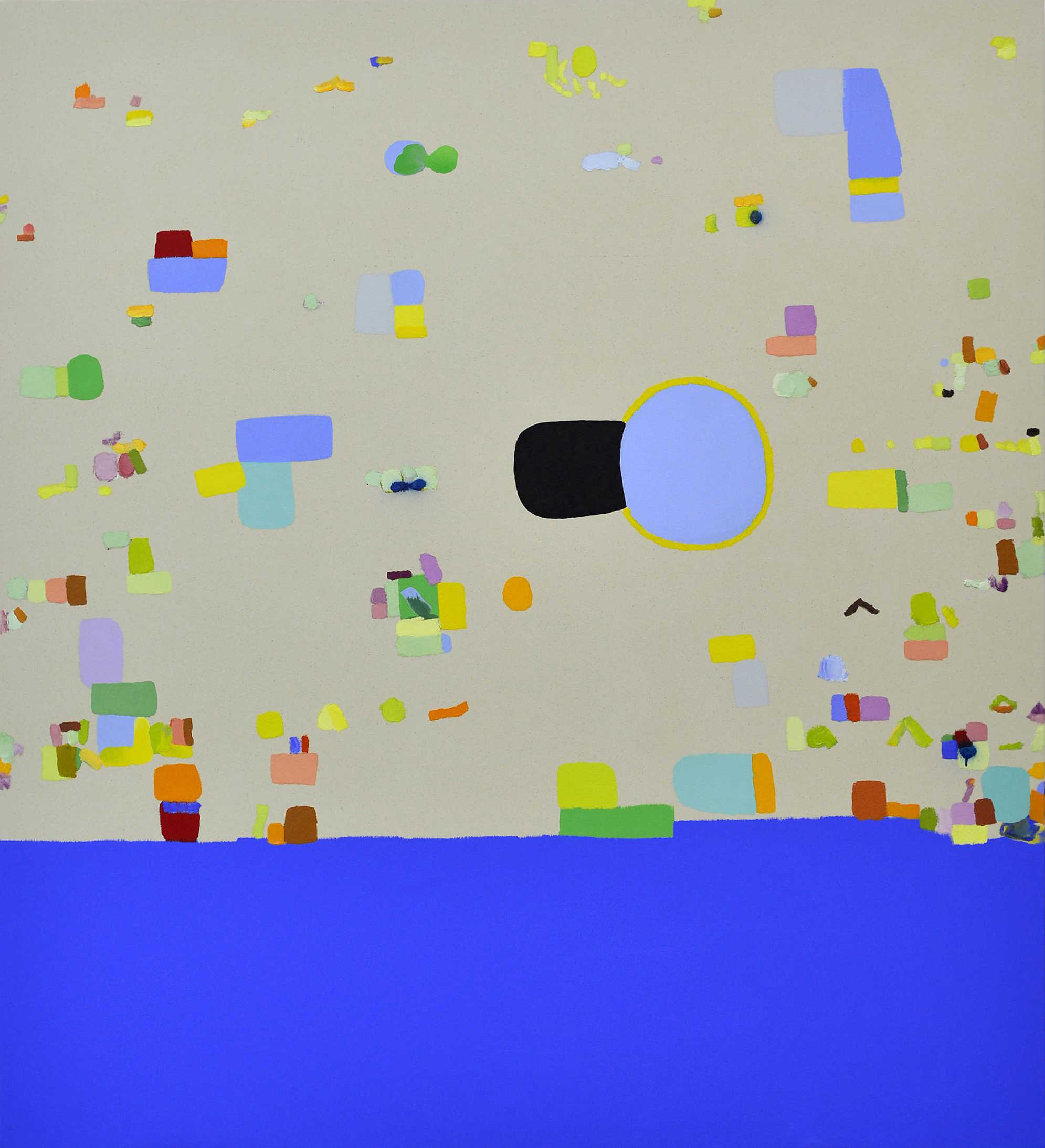 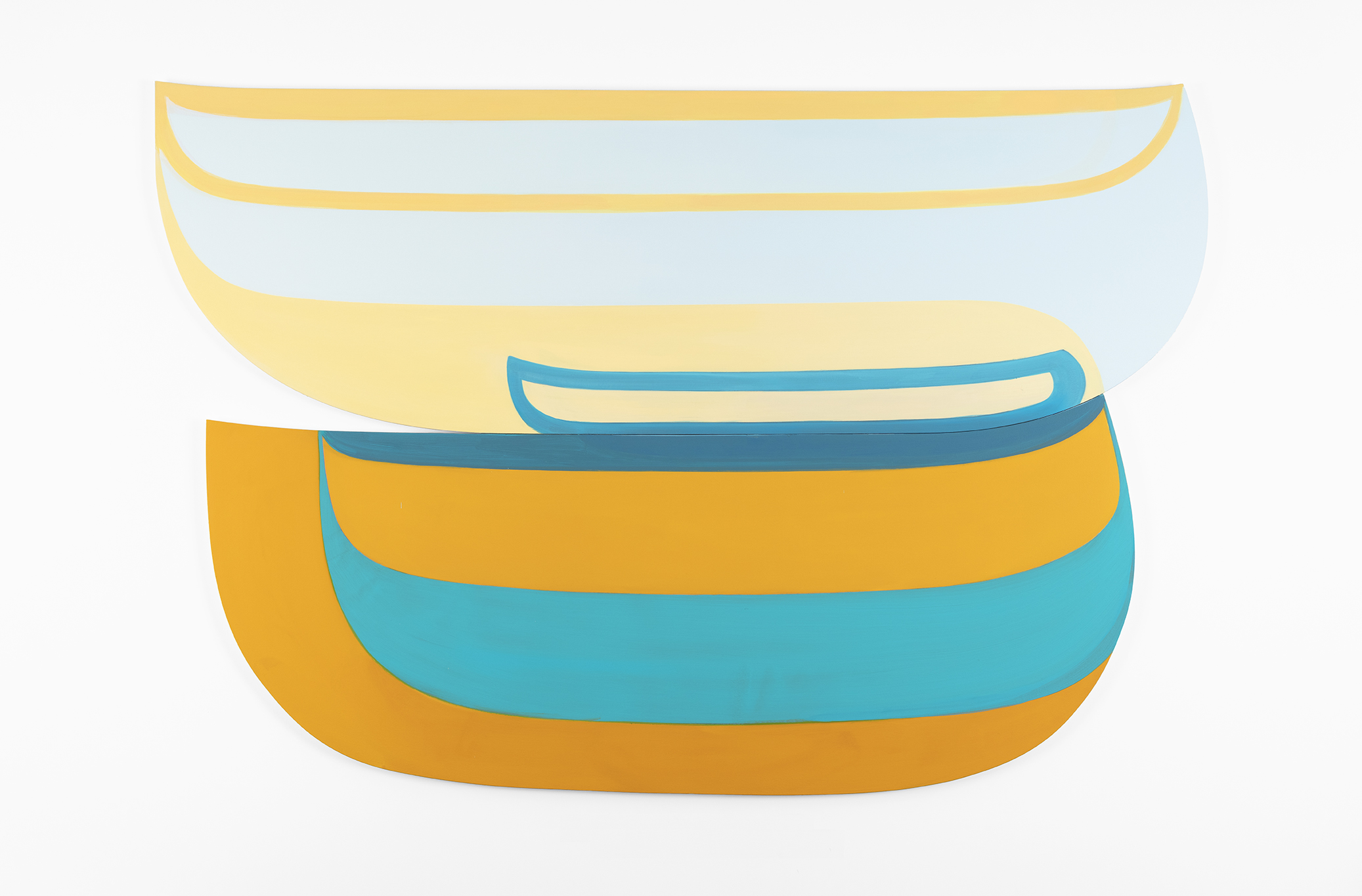 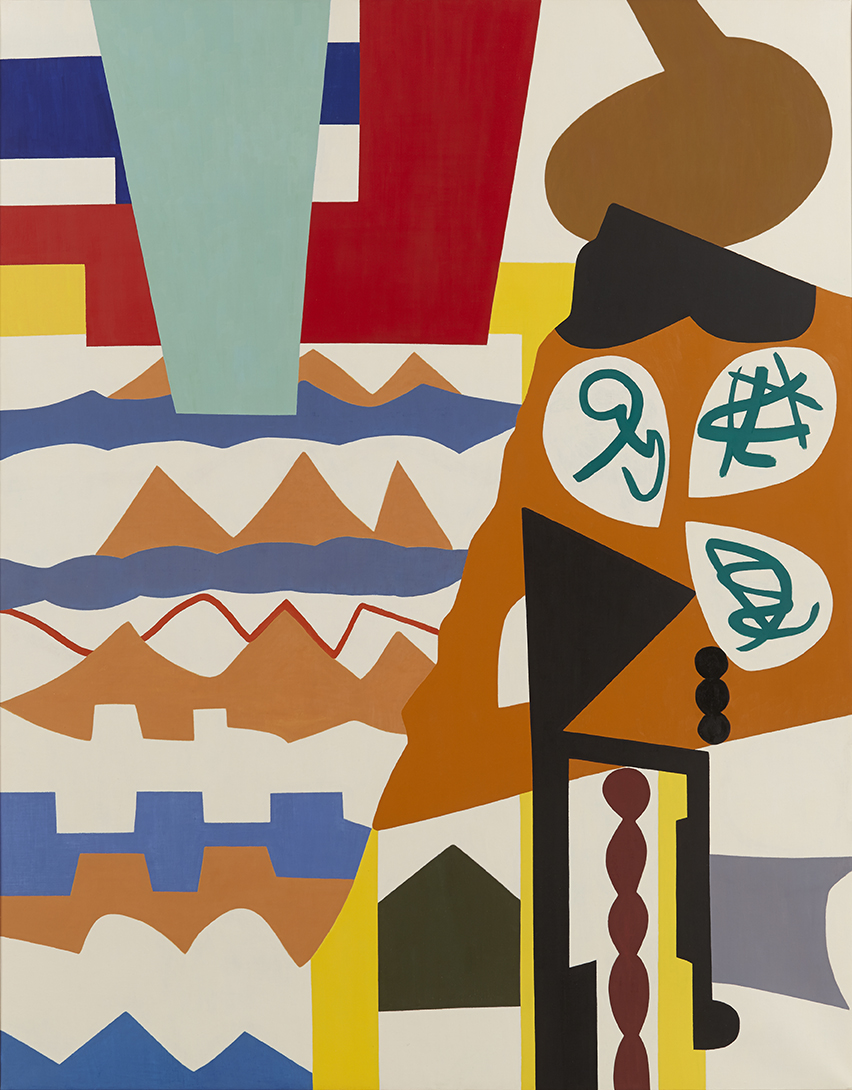 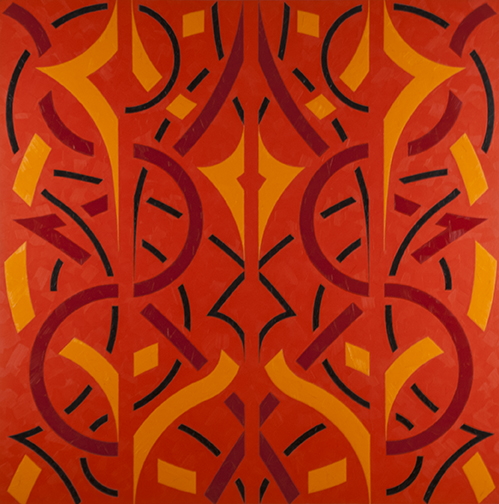 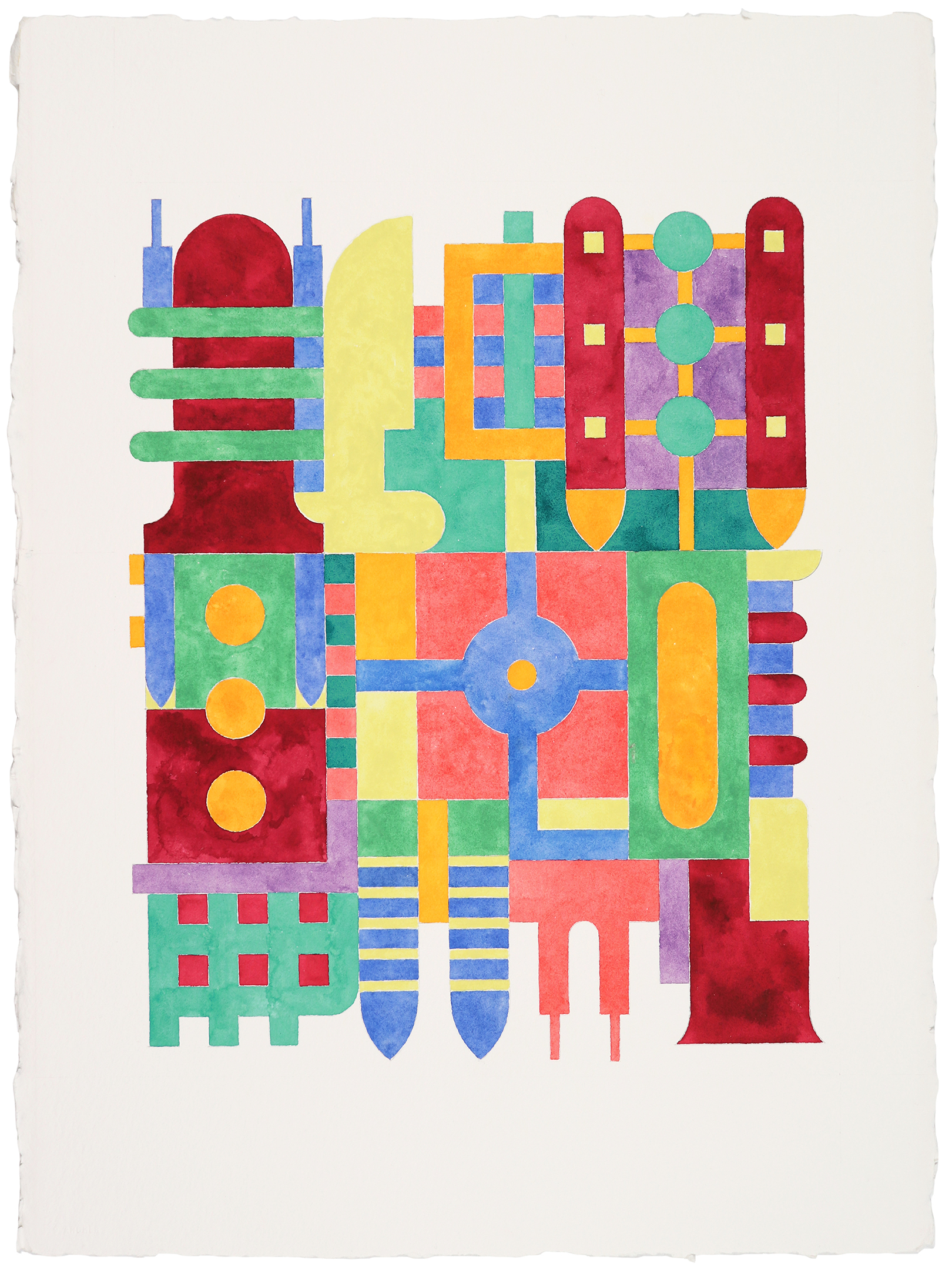 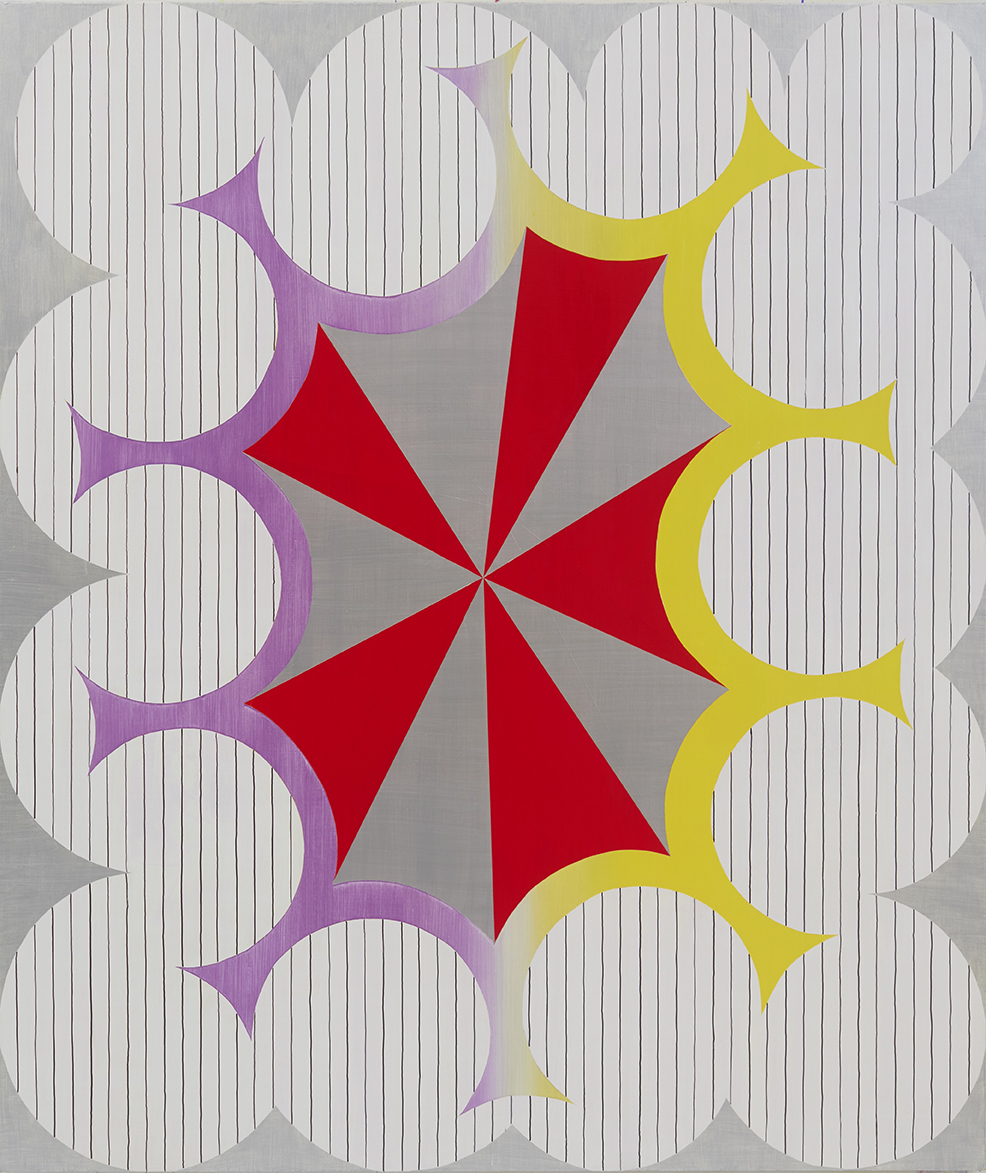 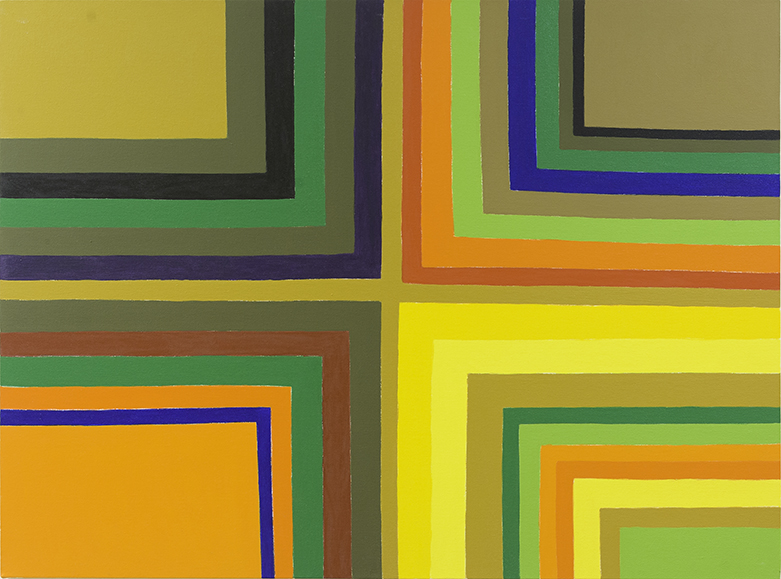 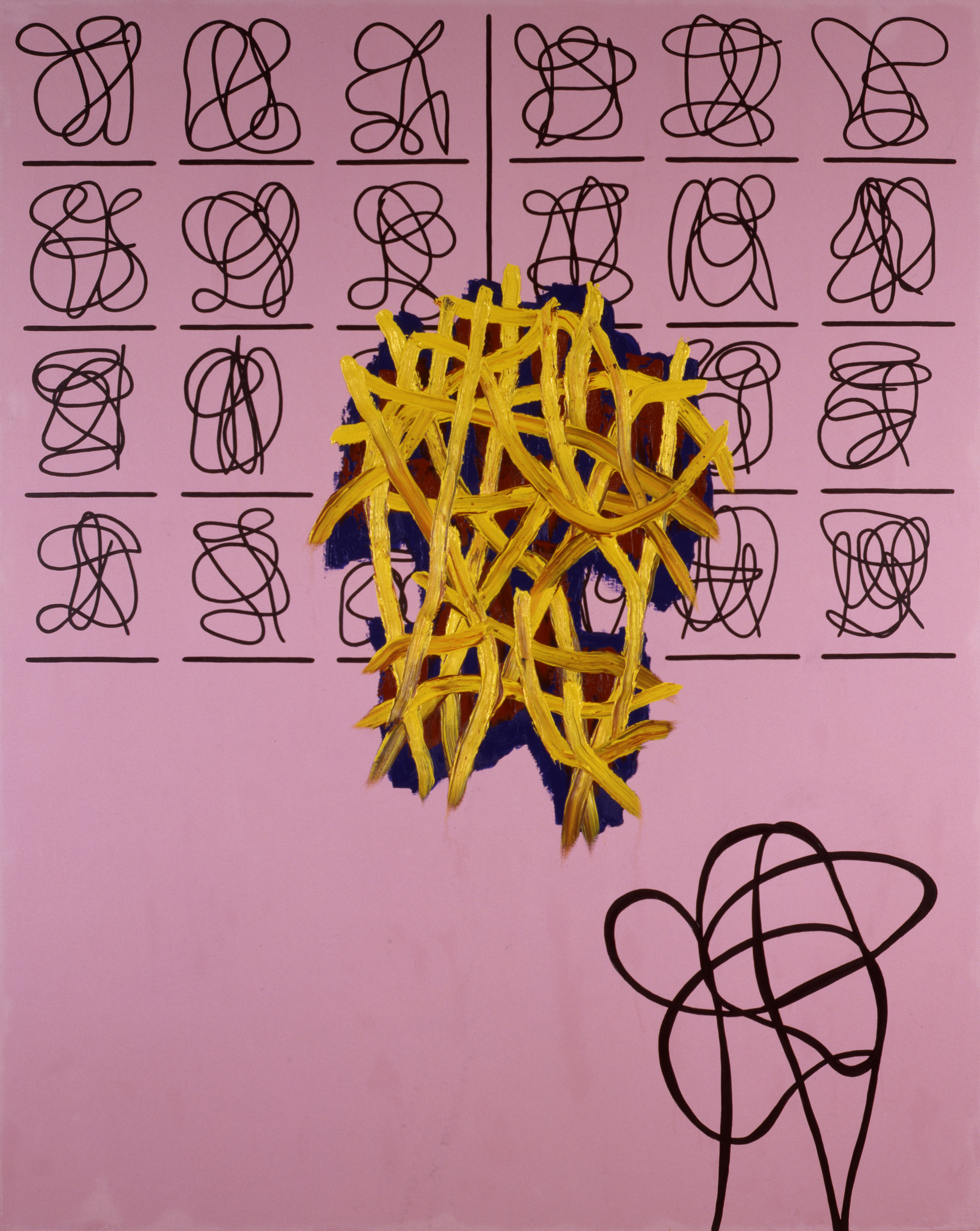 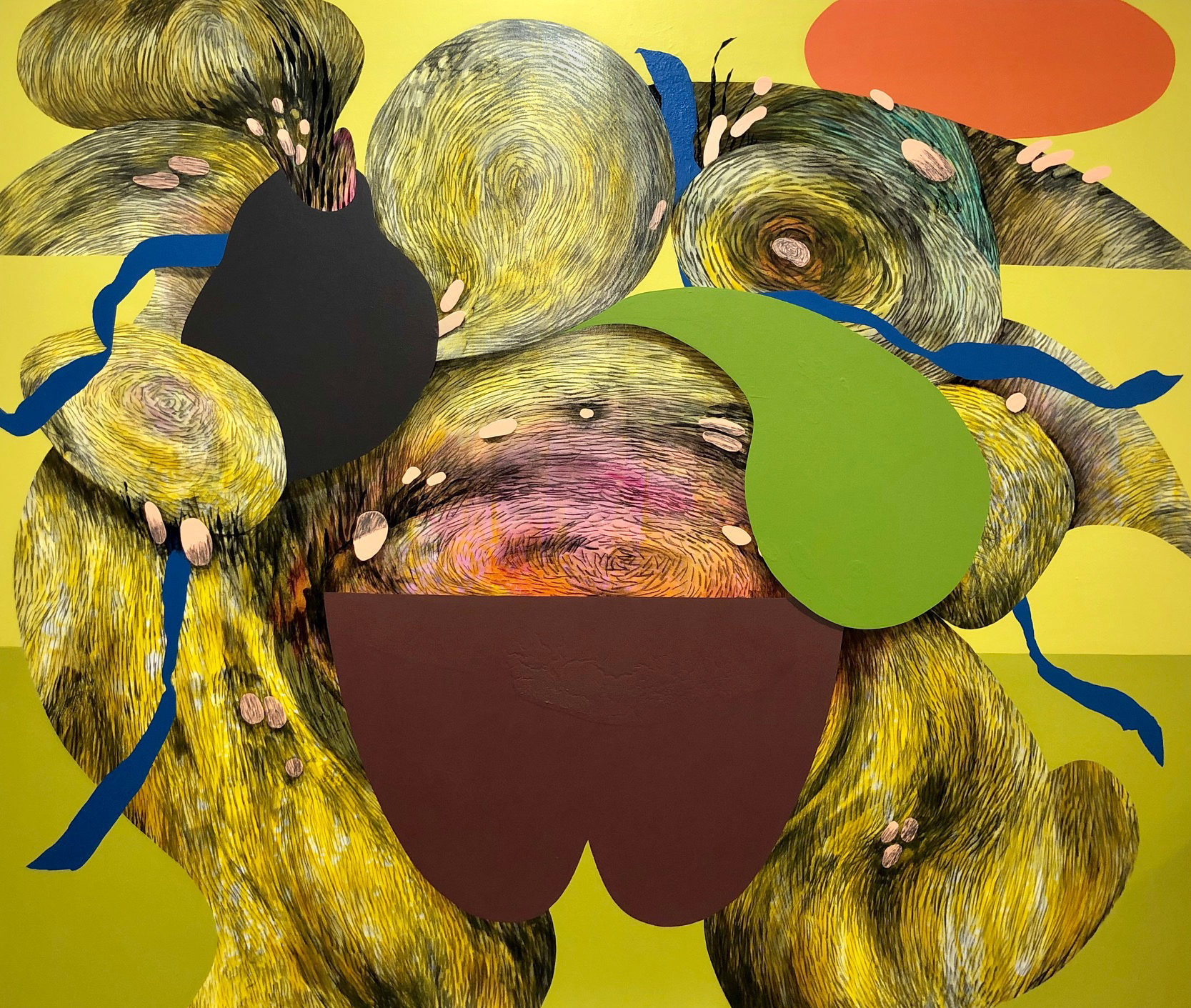 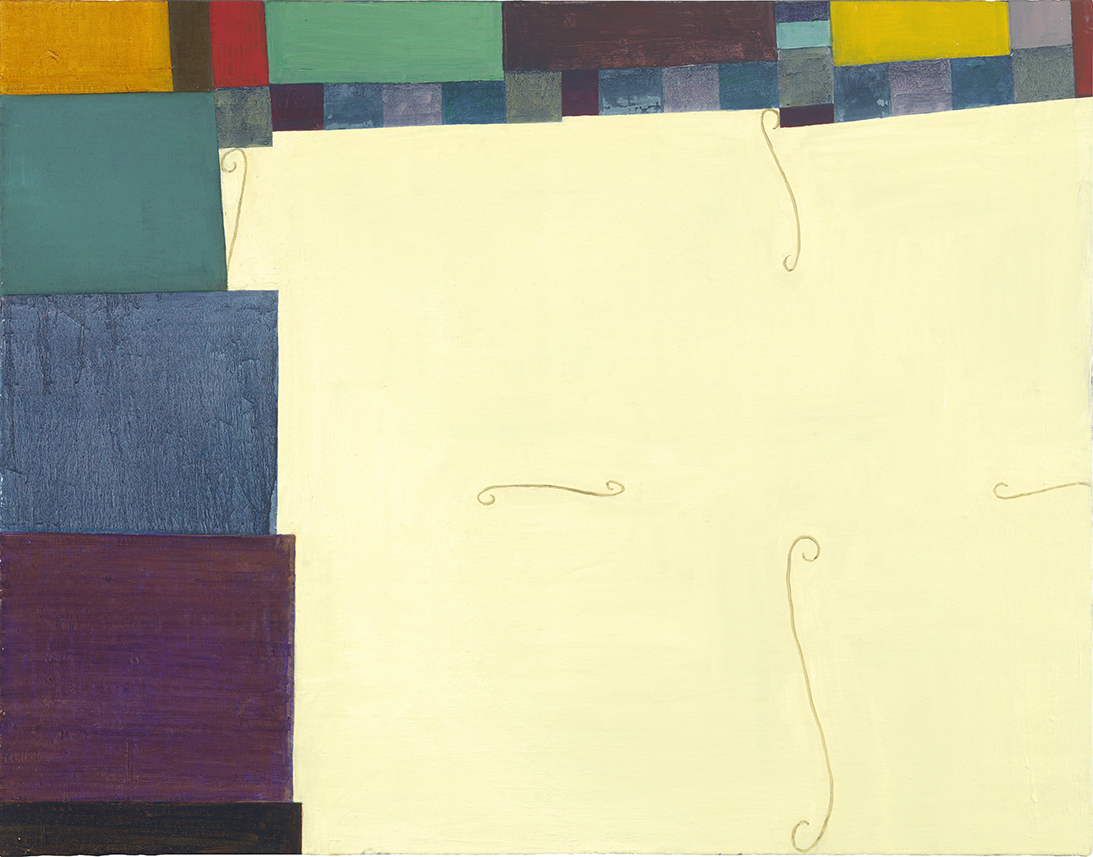 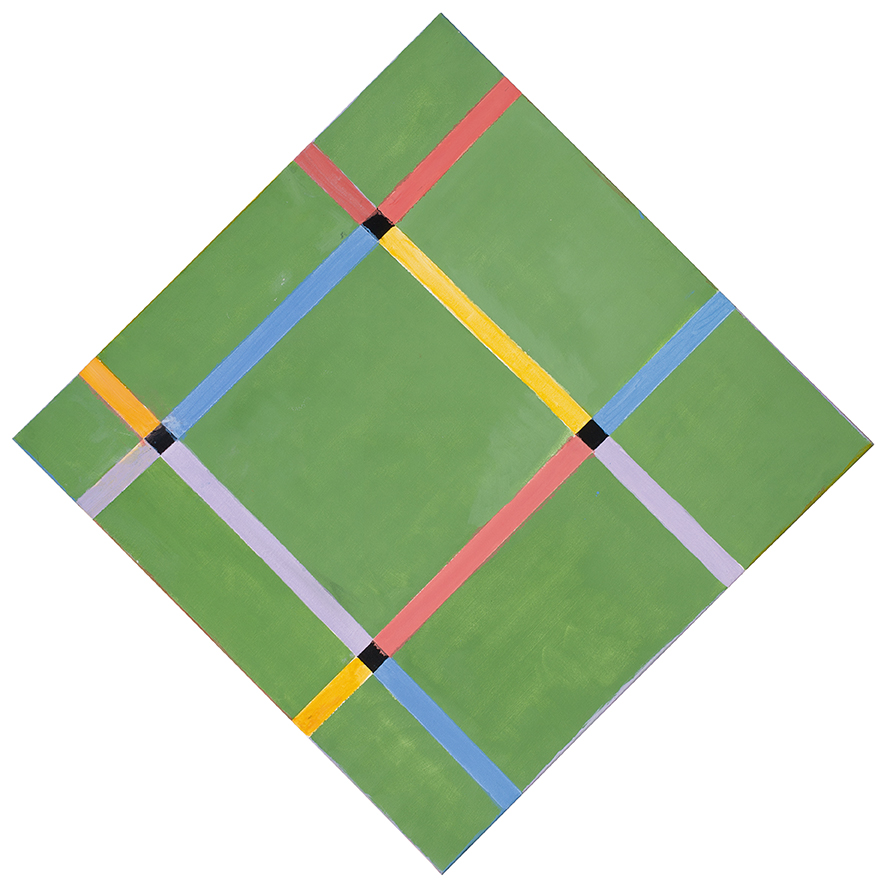 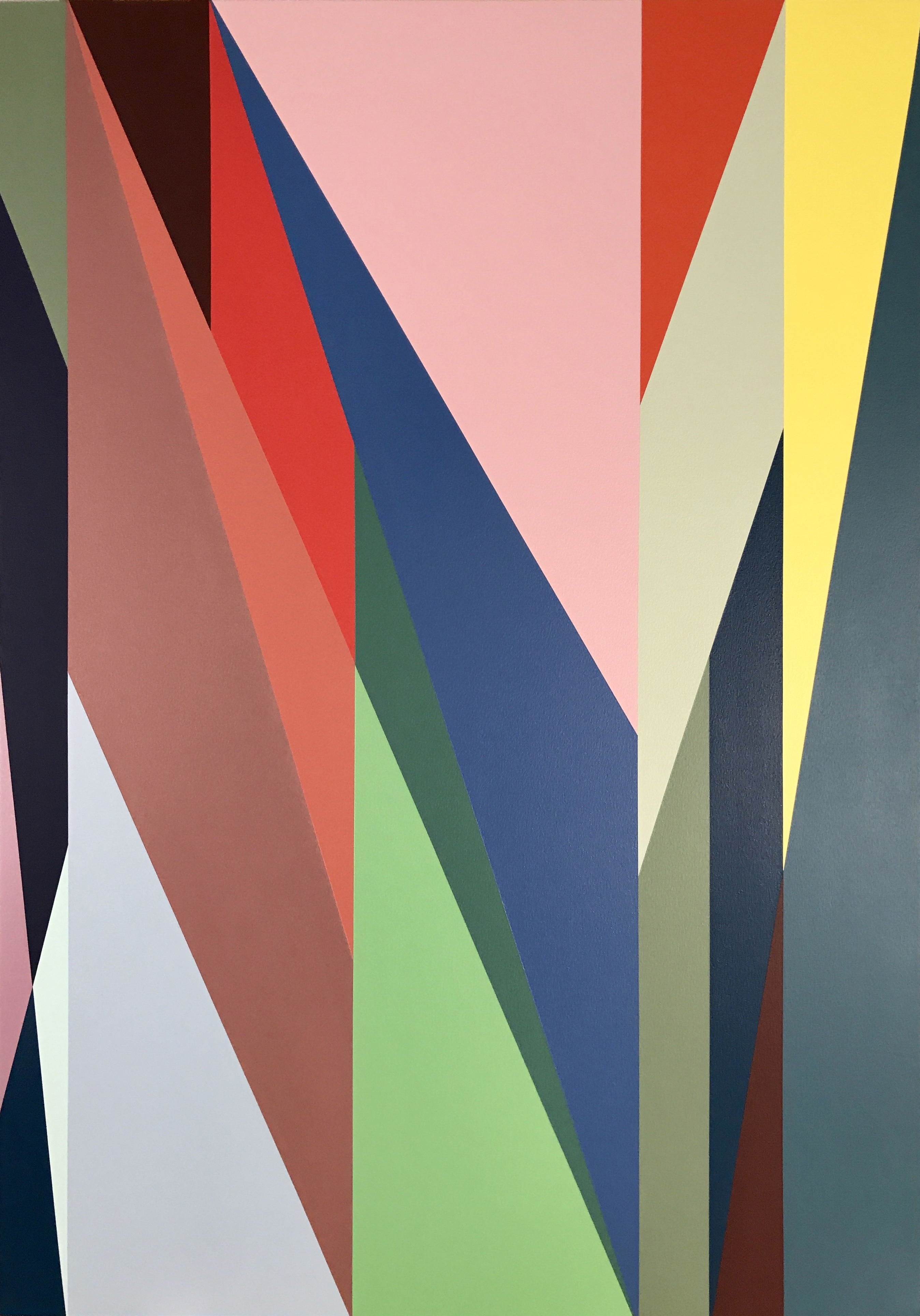 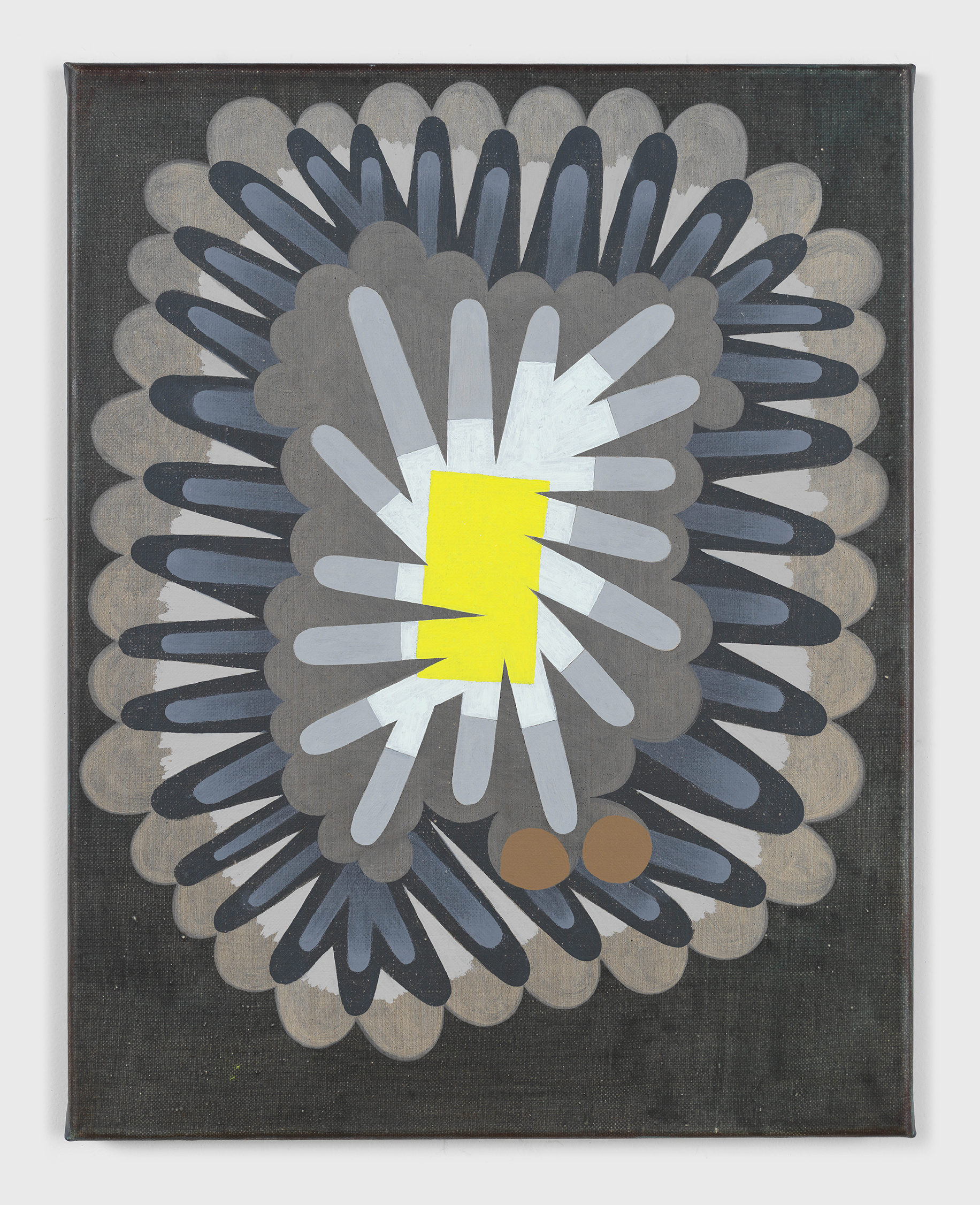 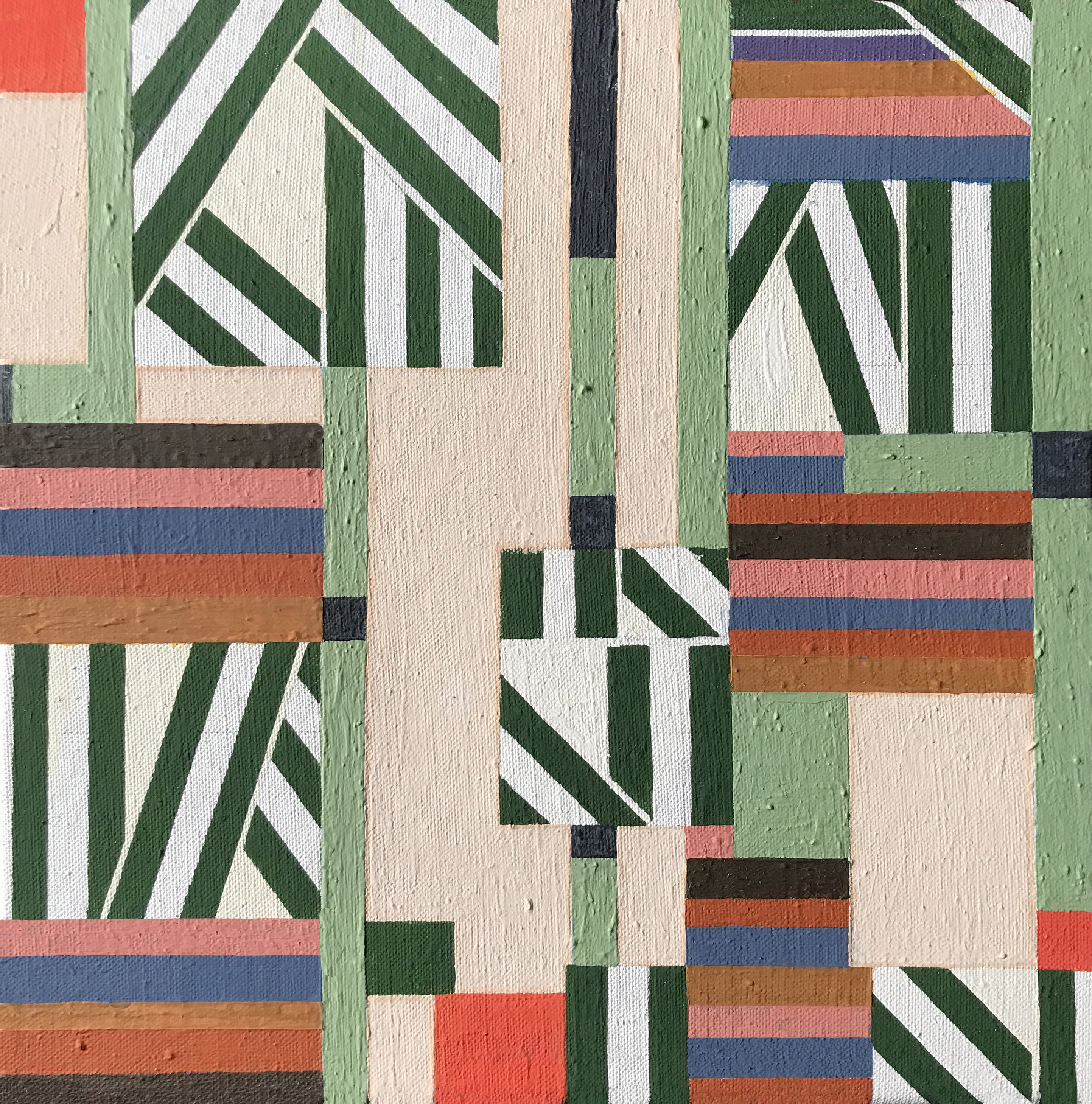 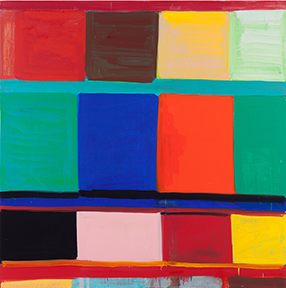 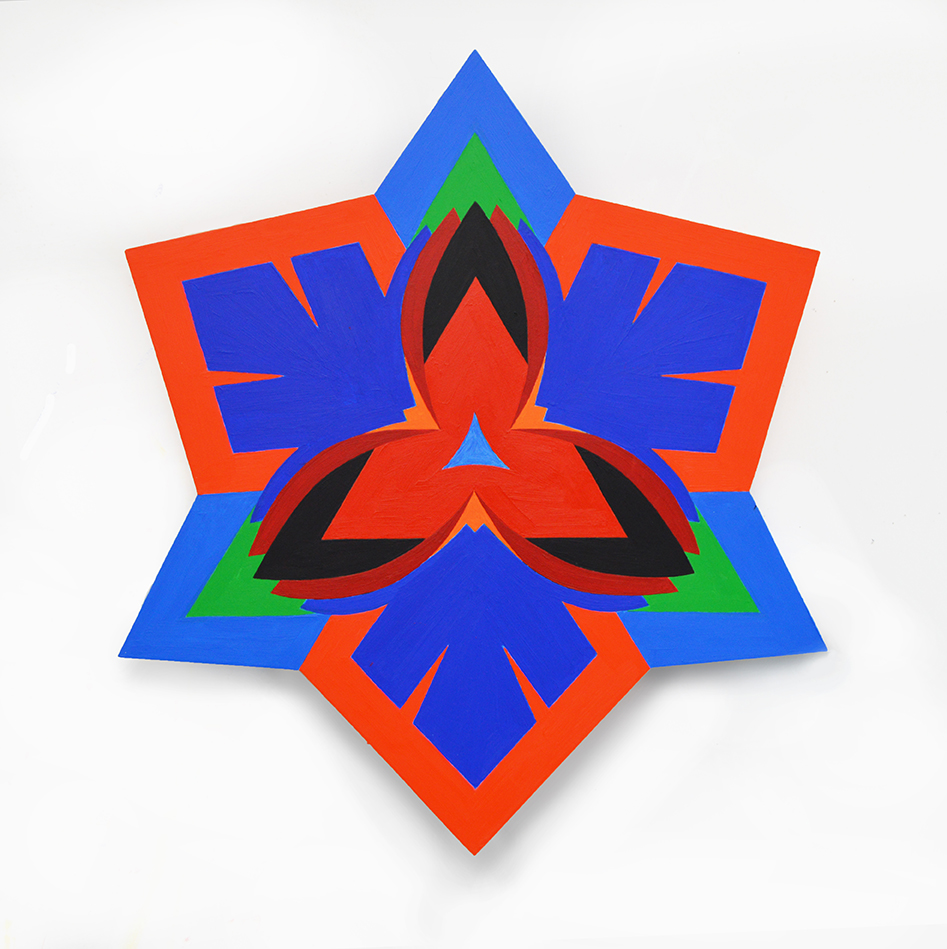 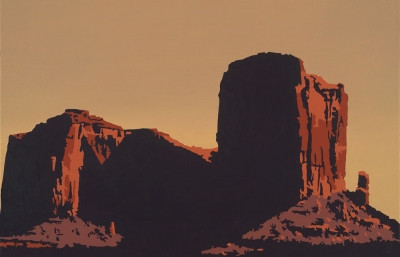 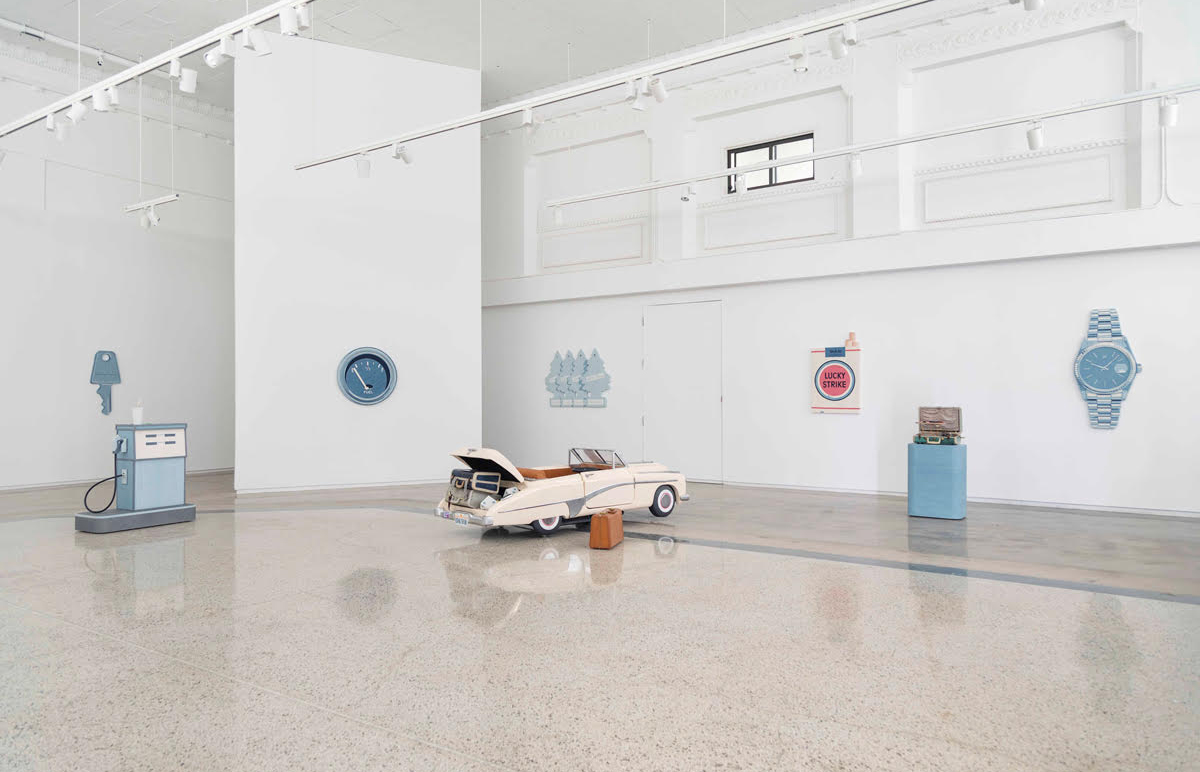 The Unusual Suspects: A View of Abstraction examines key elements of today’s abstract painting. While scarcely an atlas, it provides a way to look at the current state of affairs. The typical 20th-century process of movement formation stopped in the late 1980s or at the latest, the early 1990s. Yet all the while, painting continued unabated. The art in this show, made by artists ranging from their 30s to their 90s, does not fit neatly into sets of fixed categories, but rather organizes itself around related points and orientations on the larger map of abstraction – in this case an interest in color, logical organization, careful facture, and indirect but compelling social and theoretical reference. In the convention-encompassed precincts of painting, the continuously expanding body of work coming into the world will, by its nature, seek and find places to settle. In doing so, the accepted distance between points on the spectrum of style will be altered and new affinities and correspondences revealed. This creates an interconnected map rather than a logical flow chart, a shifting network rather than an Alfred Barr-like diagram of originality and influence. Such an ordering is not only non-hierarchical and non-linear but in a metaphorical way, non-planar. It is like a loose grid inscribed on a sheet of paper, rendered three-dimensional as the paper is turned and twisted.

If there is no such thing as mainstream abstraction anymore, if the conceptual space between painters is a constantly shifting set of measurements, if criticism and theory in abstract art cannot be prescriptive, then how can we identify in the present moment, what is of real interest? The artists in this exhibition are often seen as “artists’ artists,” exemplars of thought-provoking conjunctions and approaches, aesthetic first responders. The purpose of this show is to illuminate a sector of the moving web of art, to present a group of painters who reflect the aesthetic light around them in unexpected and exciting ways. The paintings of women and men of different backgrounds and, importantly, of different ages, each with different goals and different means of attaining them, are being placed together so that every work of art will both stand on its own and be given meaning by the works around it. The paintings on display are fully formed and complex, as well as carefully and skillfully made. They represent what might be thought of as an 'Industrious Revolution'. They are a synchronic snapshot of a significant portion of abstract art today, a still image of a moving map. In the lively and uncertain art world that we inhabit, and especially in the bounded, bracketed, but expansive zone of abstraction, the energy that we see here creates its own form.

"The Unusual Suspects: A View of Abstraction" opens tomorrow night, June 13th, with an opening reception from 6 to 8 pm.