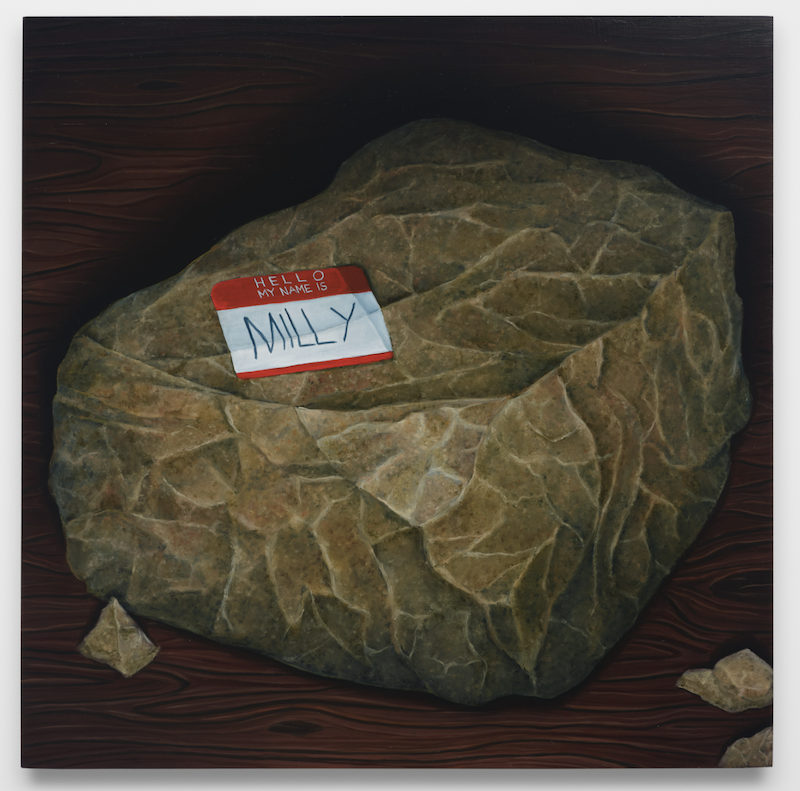 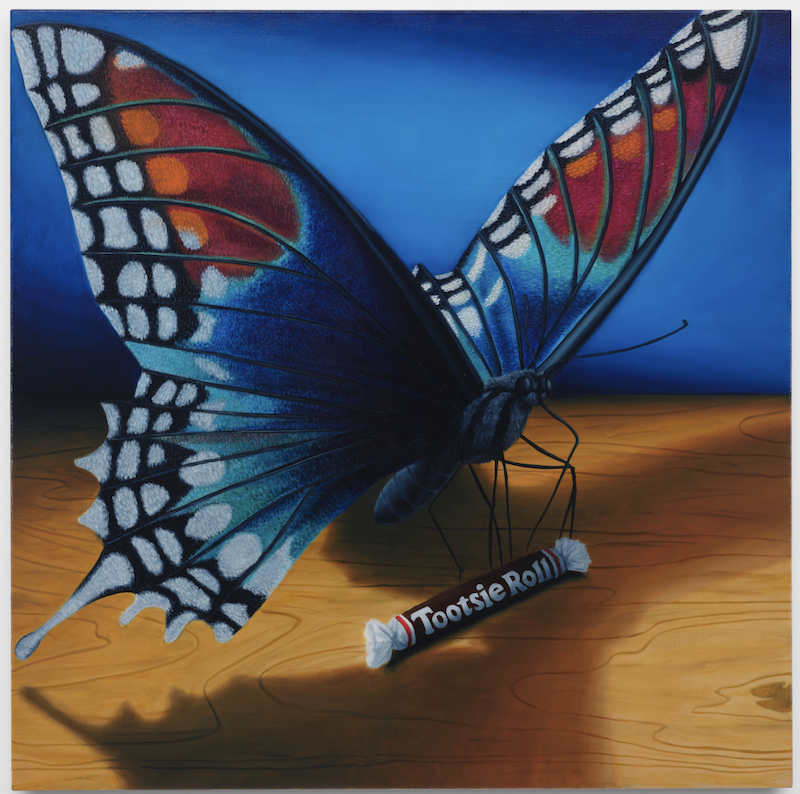 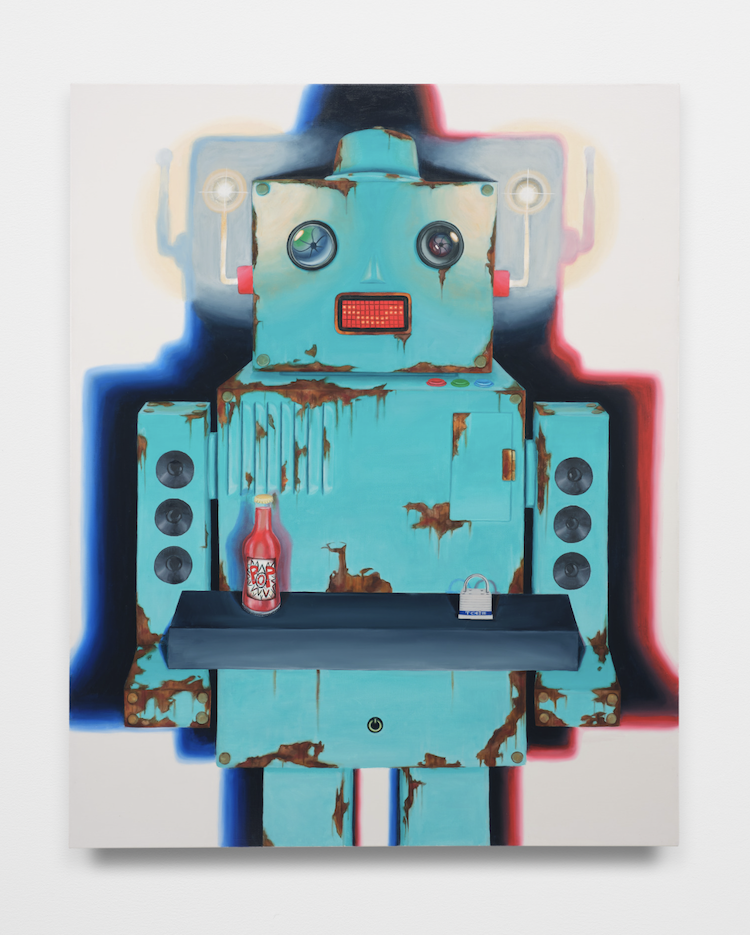 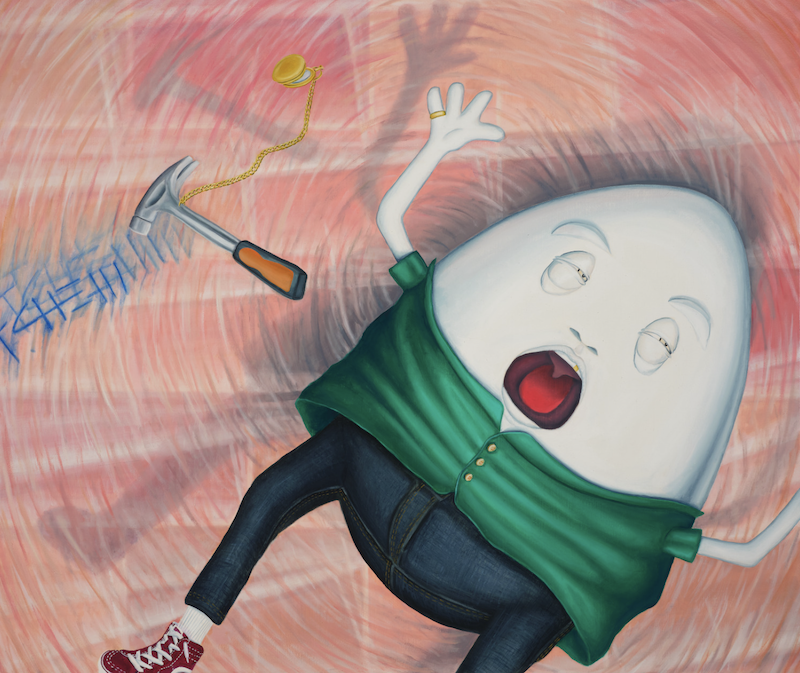 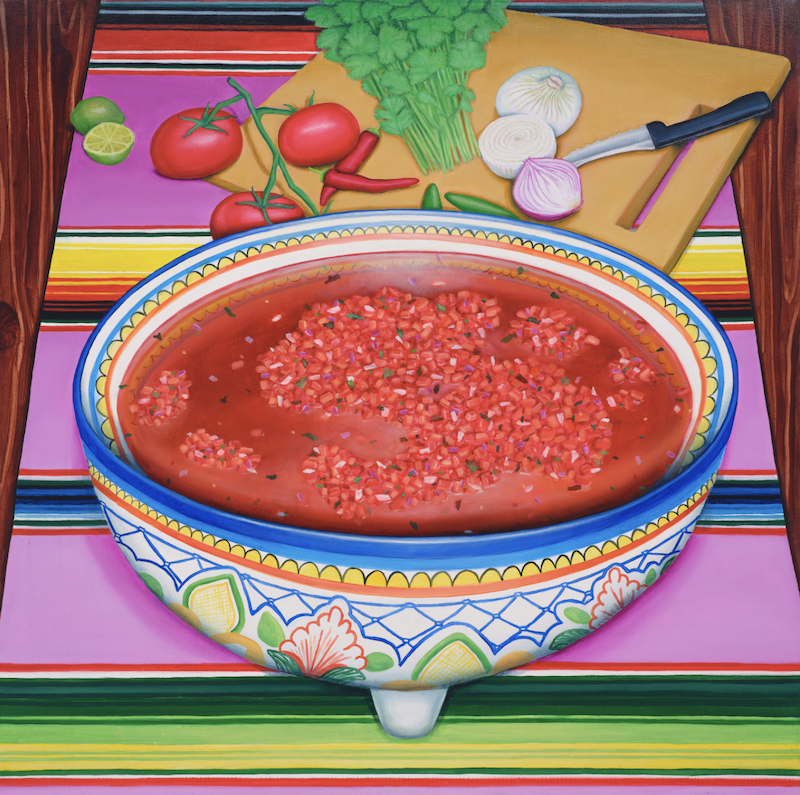 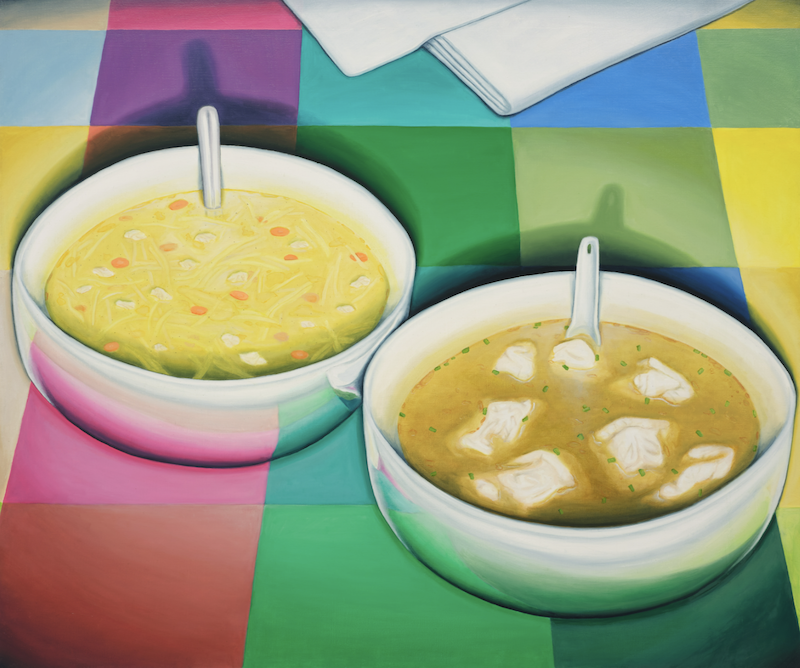 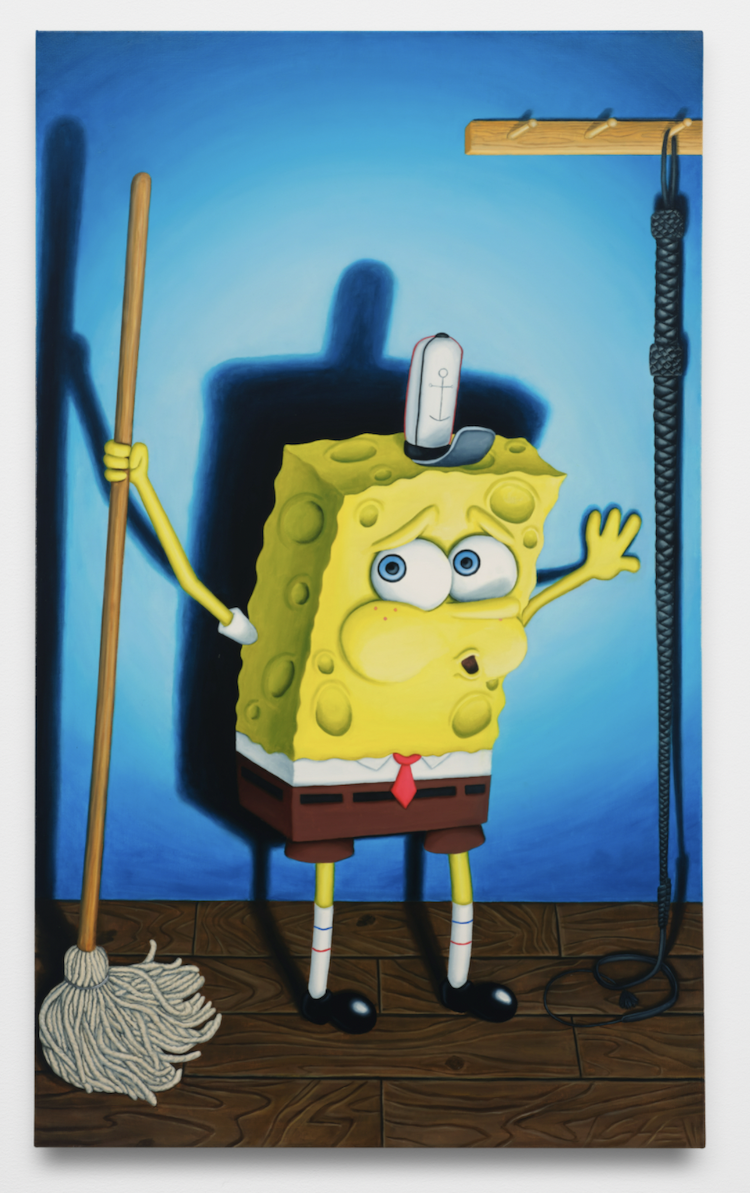 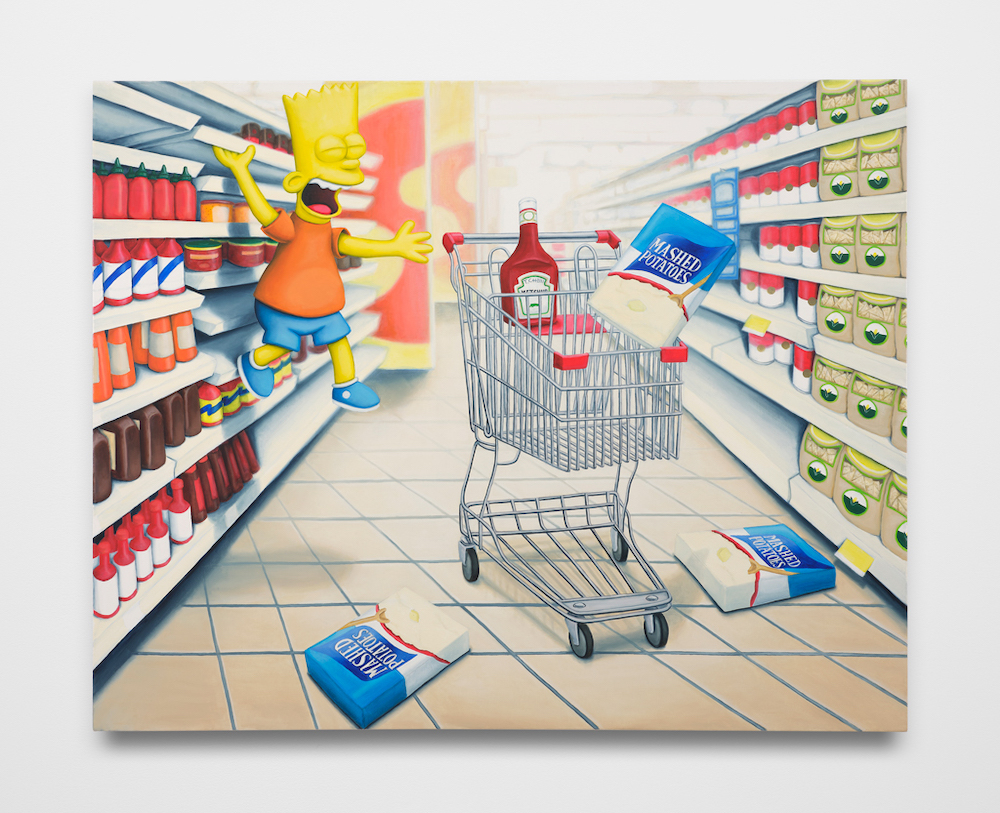 Even in a still-life of soup dumplings on a table, Troy Lamar Chew II is channeling something of a rhythm. The stillness has sound. His realist style captures a sense of something else happening off to the side, a sound, a bass riff, a drum beat. Pop-culture gets mixed with family tradition, but all with the backdrop of hip-hop lyrics. As Chew told us in our Winter 2021 issue, "Language is the biggest thing in my practice because it'ss all a story to me. I'm trying to convey an idea to you, and I'm trying to get it off as clear as possible, even though I know everybody will have their own interpretations. I have an idea I'm trying to get across, and I do that through my visual language."

And yet the beauty of the Los Angeles-based Chew's works is that nothing is clear. There's a rush and a stillness to the work. And there is storytelling through metaphor and bravado, while telling the story of storytelling. His newest solo show, The Roof is On Fire, on view Altman Siegel in San Francsico, sees Chew at his most eccentric, mixing lyrical interpretations and realist painting in one of the more unique bodies of work we have seen over the past few years.

As the gallery notes, "In Chew’s ongoing Slanguage series, coded meanings within wordplay in rap lyrics are teased out visually through the painting of everyday objects that carry specific symbolic innuendo. The paintings featured in The Roof is on Fire expand upon this body of work, adding legendary hip-hop dance crazes to the artist’s ever-evolving pictorial dictionary."