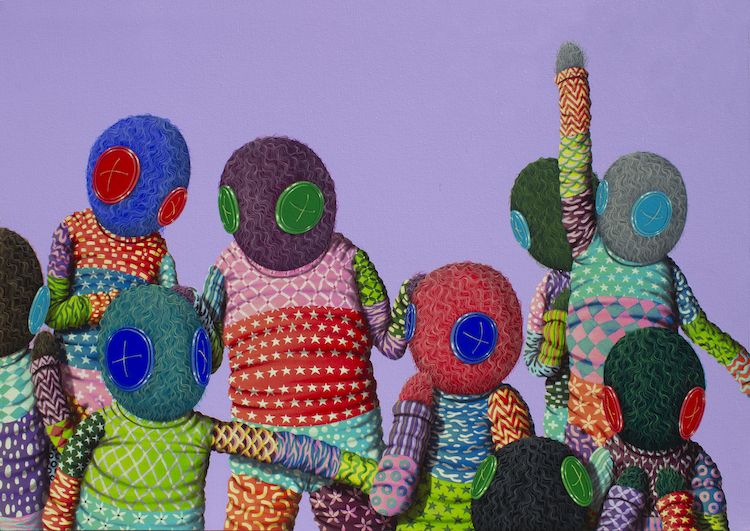 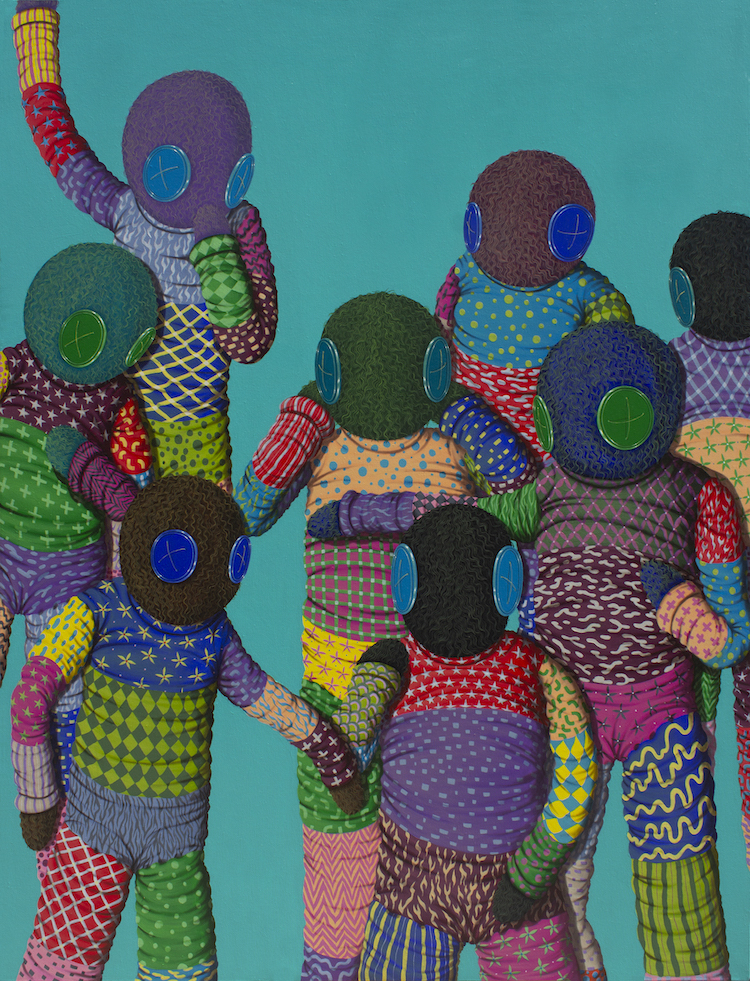 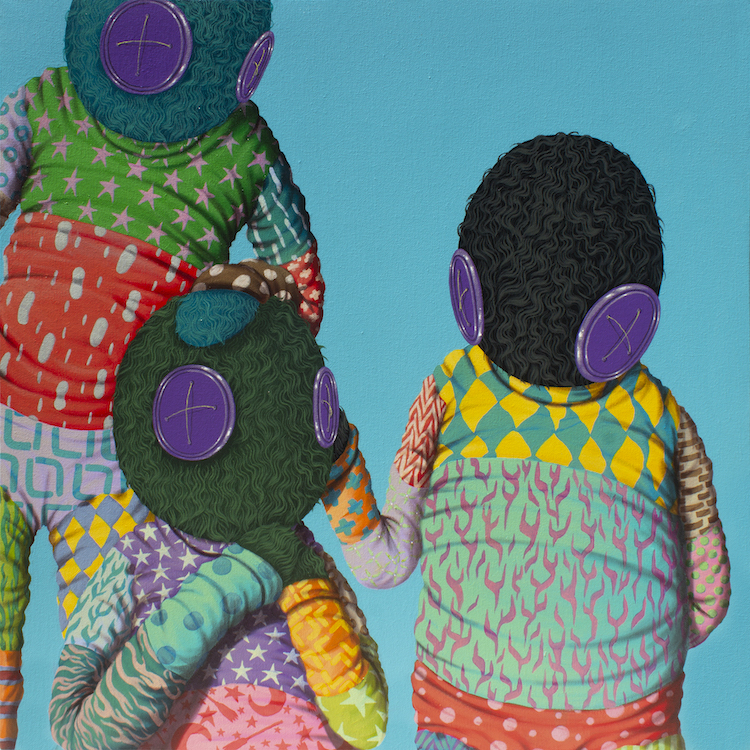 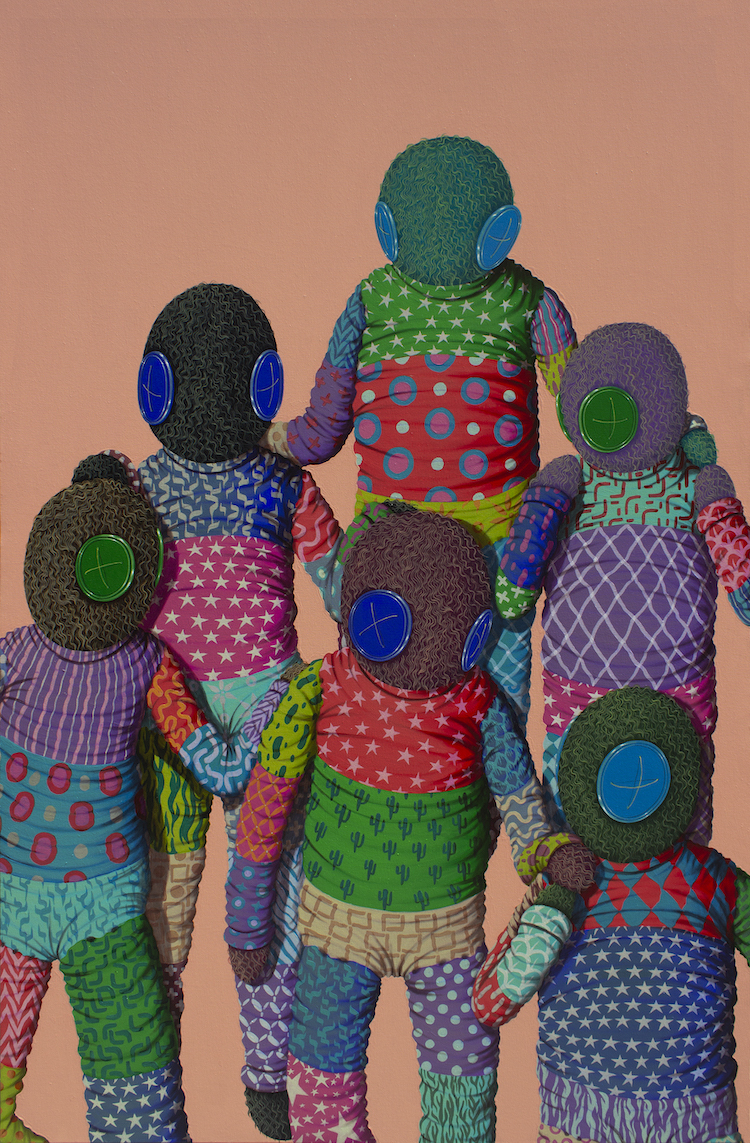 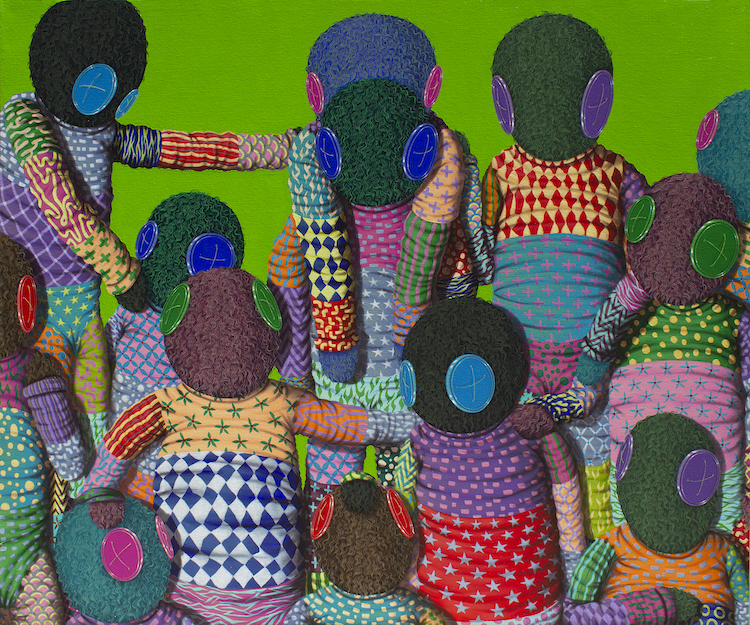 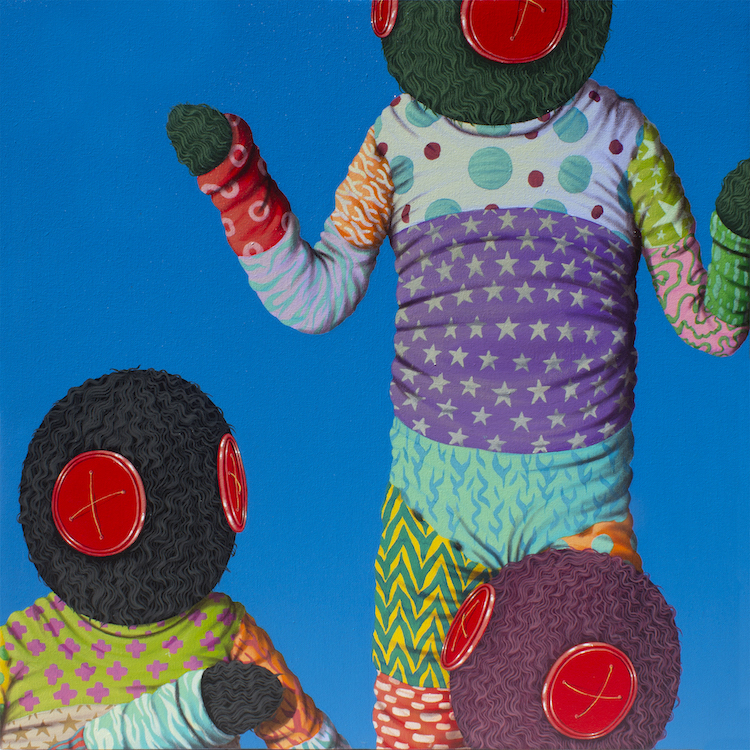 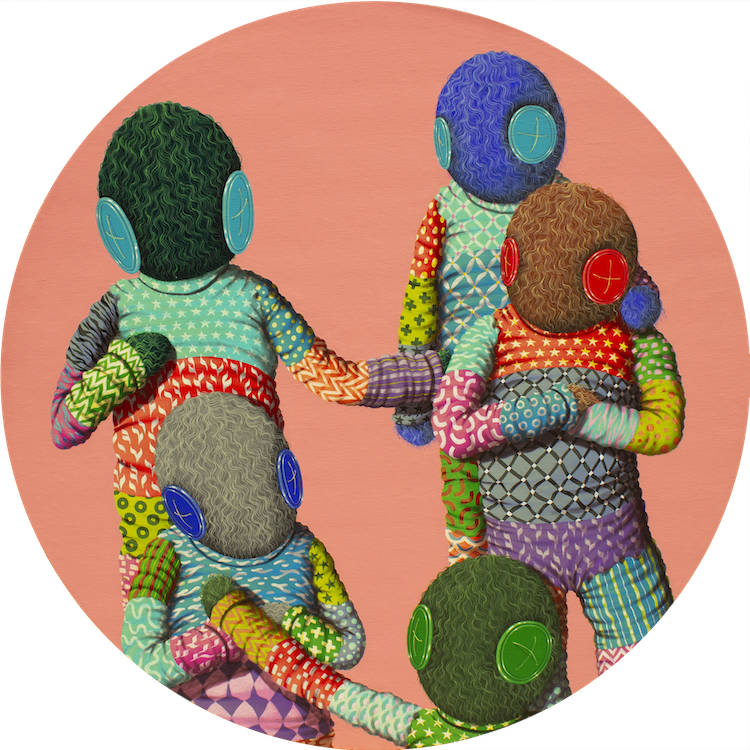 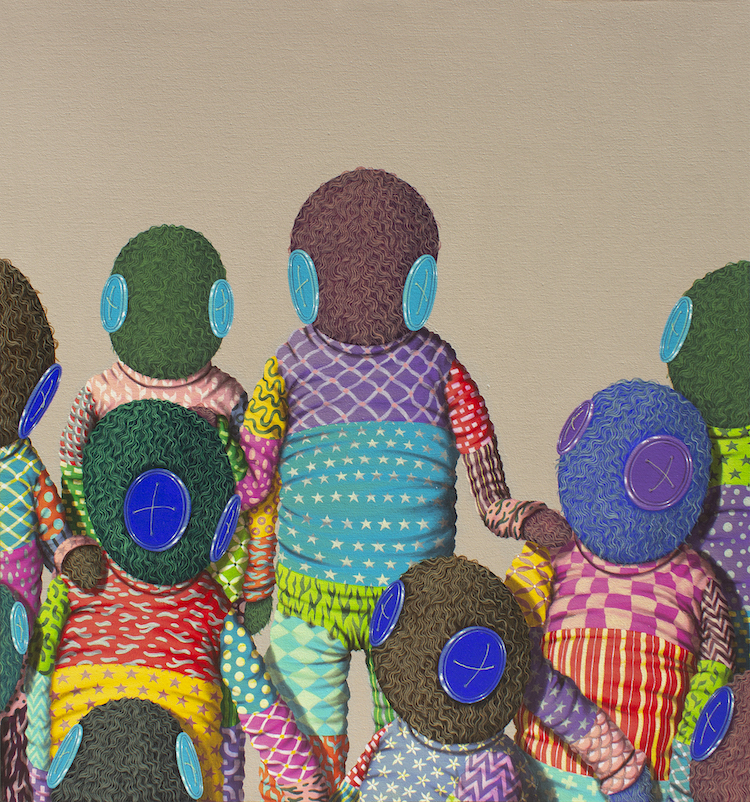 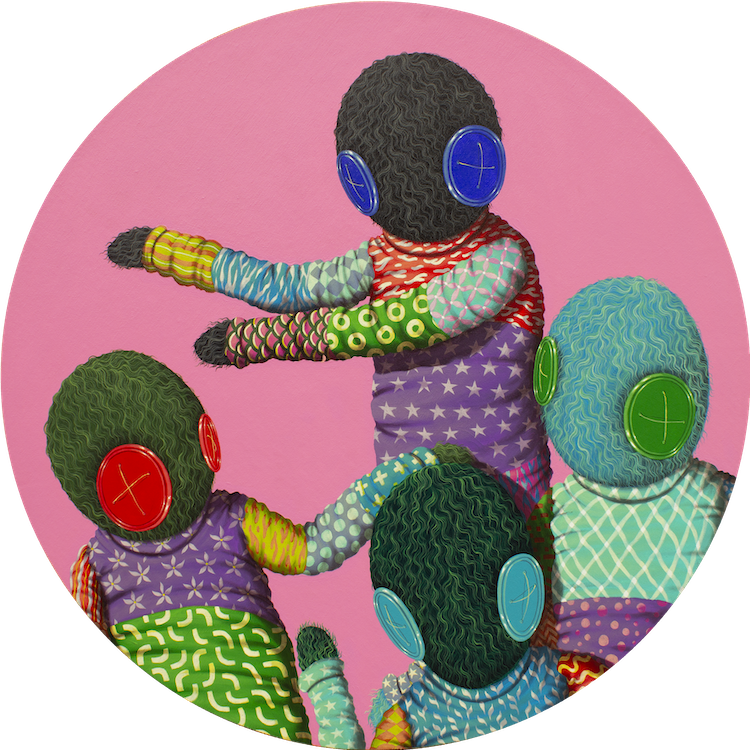 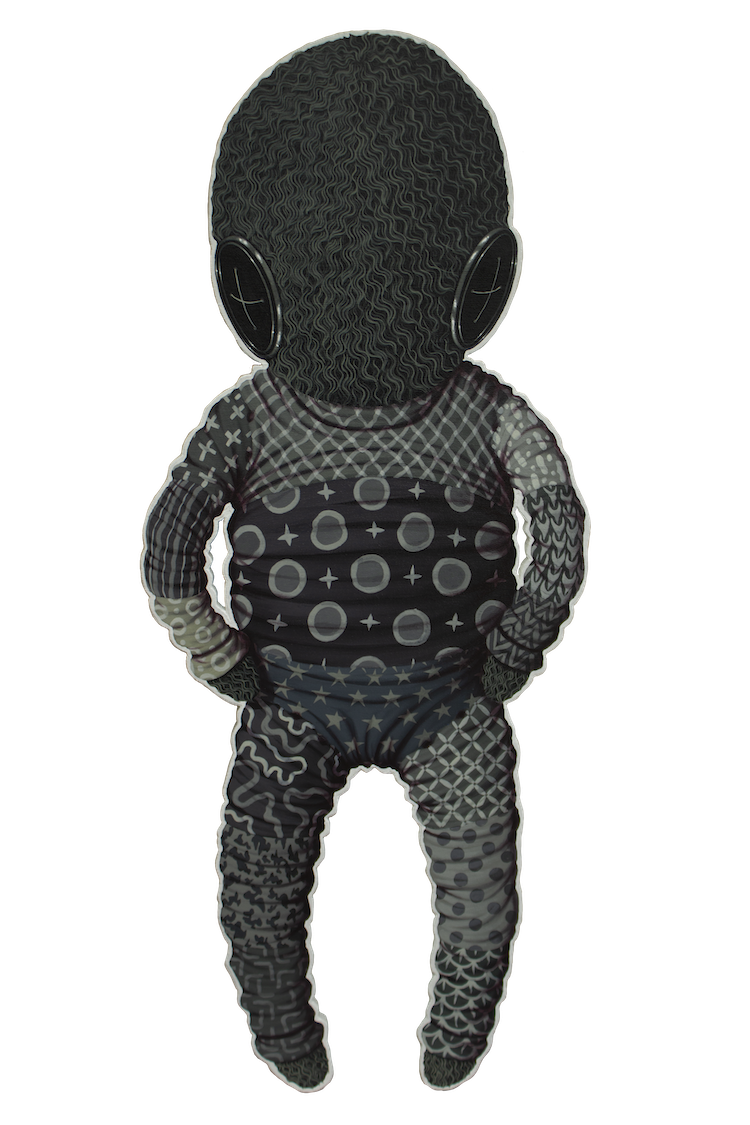 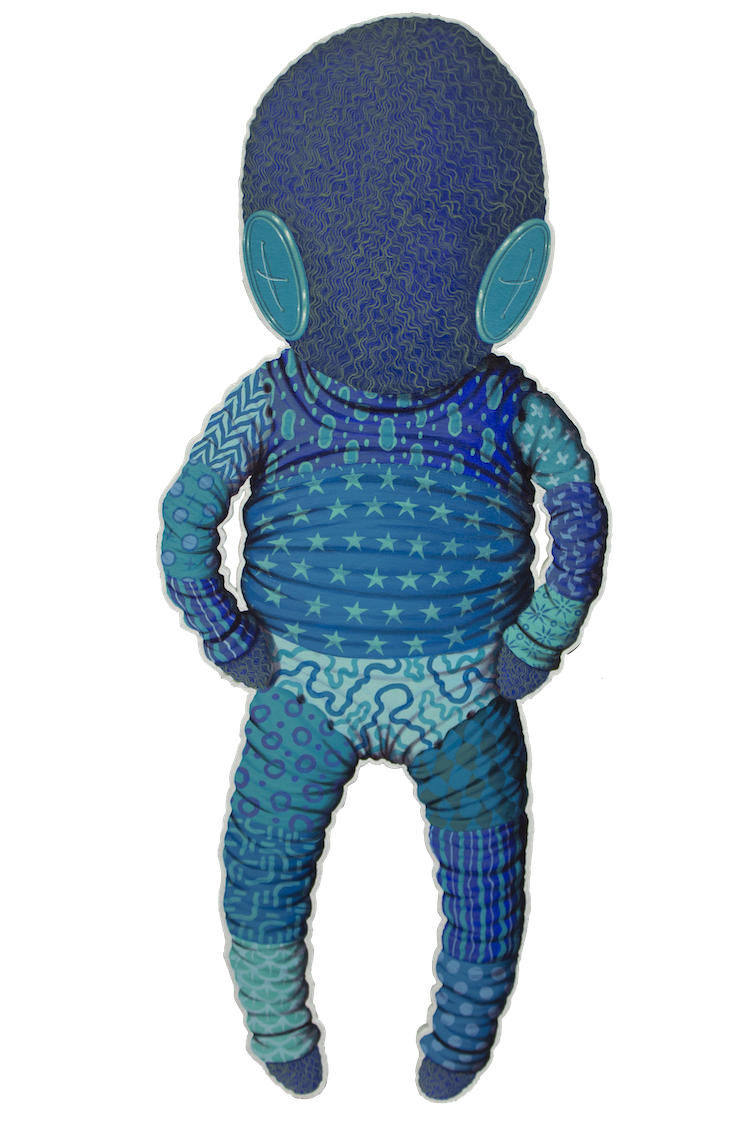 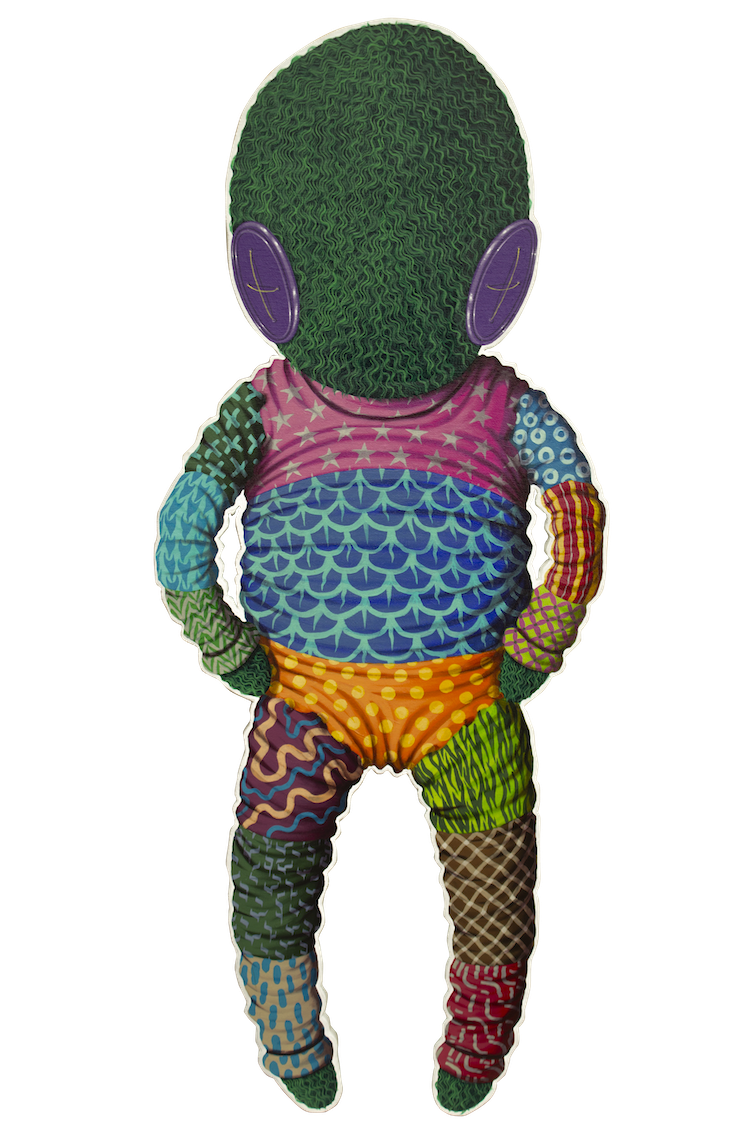 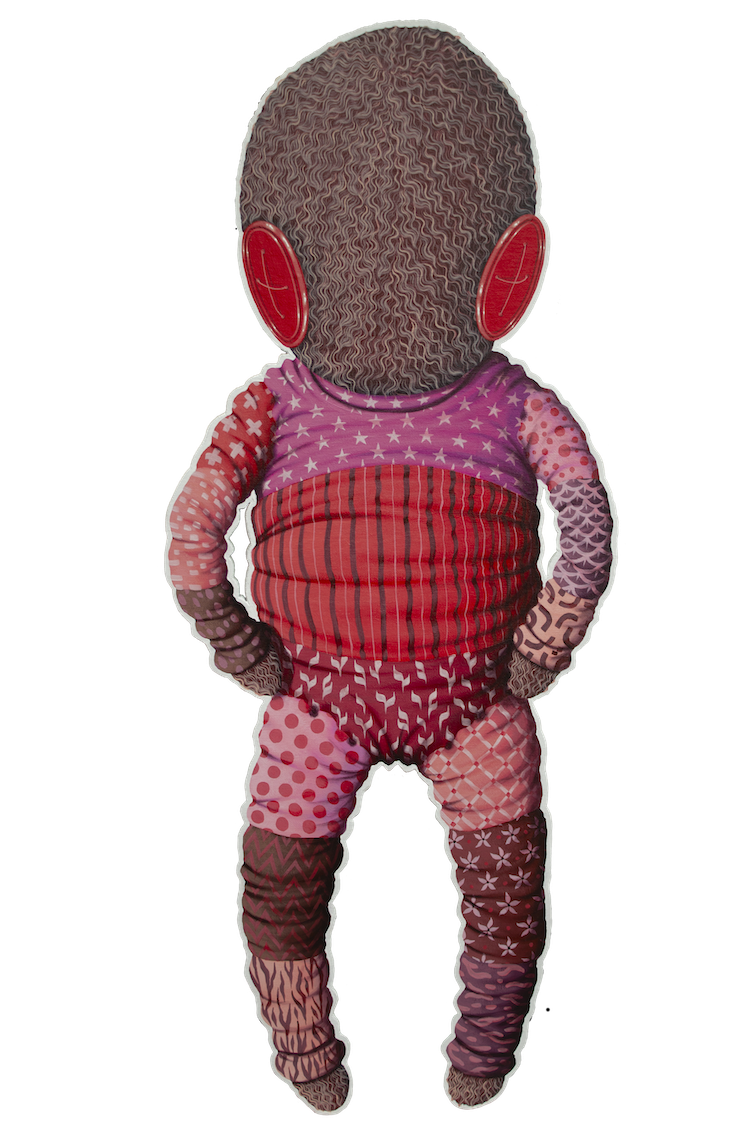 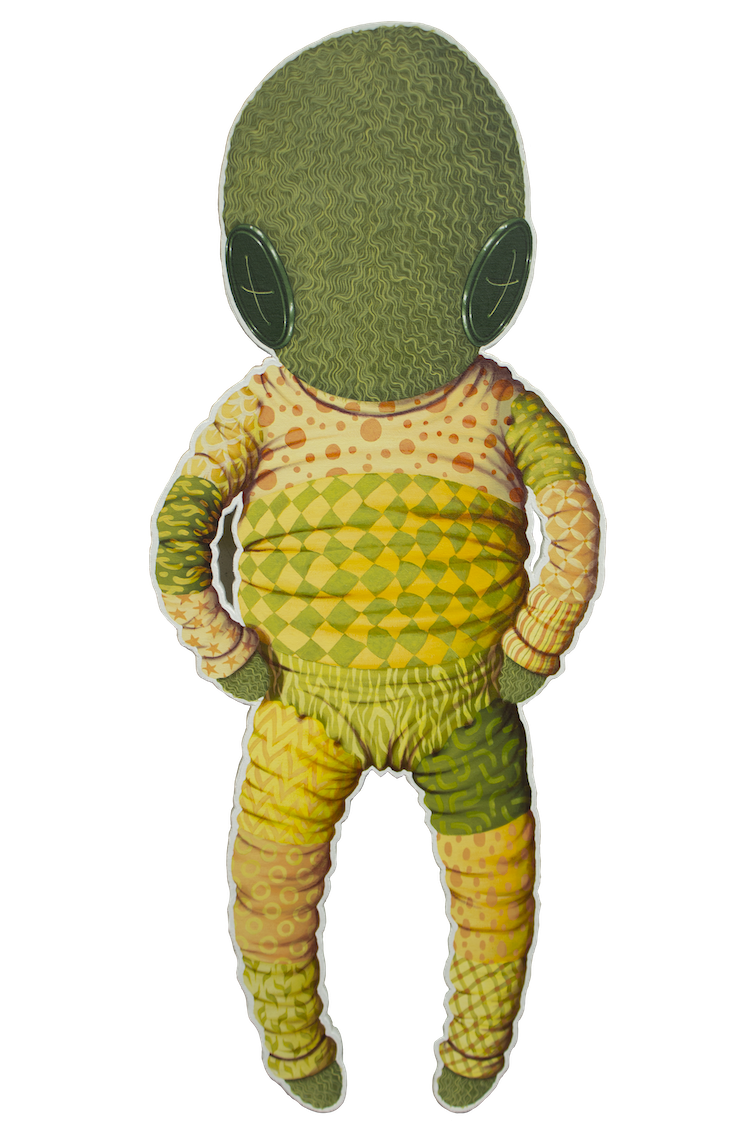 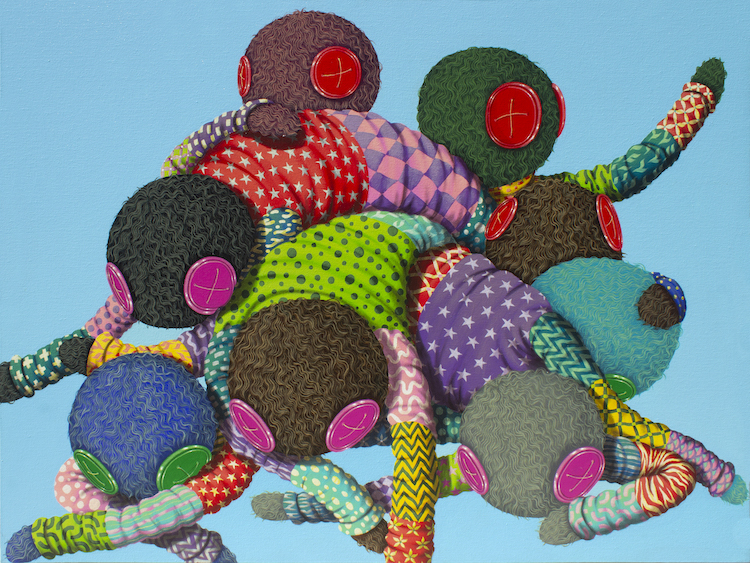 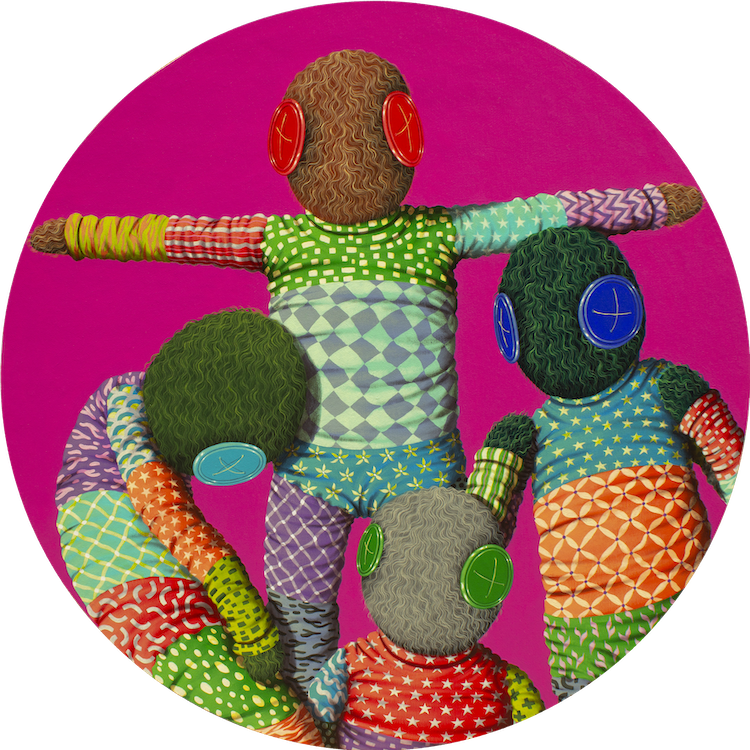 GR gallery is pleased to announce Social Circle, the first solo exhibition of Suanjaya Kencut with the gallery and in New York. The show will feature a total of 19 artworks revealing for the first time the suite titled Connection Series, among this a special recognition is merited by five  shaped canvases that challenged the artist with the new media and opens up innumerable possibilities for the future. Suanjaya aims to turn viewers focal points to the representation of human beings as dolls, which comes from the desire of recognizing all life forms as sacred and re-state how humans are social creatures who thrive from cultivation of support systems like friends and family. Through the emptiness filled pandemic, Kencut felt disconnected to which he wanted to add hope, positivity, and optimism to the composition with brilliant colors and figural views. These inanimate puppets show a fragmented scenes of human life that contains a reflection on the current situation in the hope that people can reflect on themselves through his artworks.

Social Circle is a series based on souls contemplation happened during the Covid-19 detention period  that resulted in a full awareness of the importance and beauty of the memories of socializing. These times are engraved in the fragments of memories about our position and close relationship with the people around us. Mr. Black, Mr. Blue, Mr. Red, and Mr. Yellow, are a series of shaped canvases that is inspired by the experience of diversity existing in someone's character, personality, and aura. The color is often the central determinant of who they will become in our lives, whether they're being essential or completely irrelevant. However, Kencut also believes that the differences with other people are not always a problem, as is symbolized  by Mr. Colorful, life will be more eventful if we can synchronize our thoughts. An open-minded  vision, taste, and interpretation can draw people together and become a support system for one another.

On the other side, the works Any Question, Brainstorm, Chill and Command, remind of a room with innumerable stories but that is limited by the separation caused by cultural barriers. A liminal moment that requires us to be connected with other people, causing a compulsion for adaptation that eliminates any existing boundaries. This newly acquired maturity will tear down the wall that was previously limiting us leading to an ocean of new opportunities. In a stage of uncertainty or sorrow, everyone needs the support of their loved ones, and this helps to realize the importance of being surrounded by people who sincerely support you without demanding anything in return.

Suanjaya Kencut (1994, Indonesia), as a child of Bali,  He understood how rich his land was in culture, with a treasure trove of artistic creations resulting from the interconnections of history, traditions, and religions. Art has been a part of his life since he was in vocational high school, and it served as the foundation for his painting practice. Following that, he continued his education in art at the Yogyakarta Indonesian Art Institute. Suanjaya learned arts and crafts in the 6th grade and formed his unique style with a doll-like persona that is said to be Barong or Rangda because it was made by human hands. "It was used for ritual purposes, whereas I found it easier to make something simple and close to me, which also helped me insert moral messages into my work". His tunnel vision on art, which had previously been limited to the island's traditions, began to broaden to include more diverse perspectives of the world beyond.