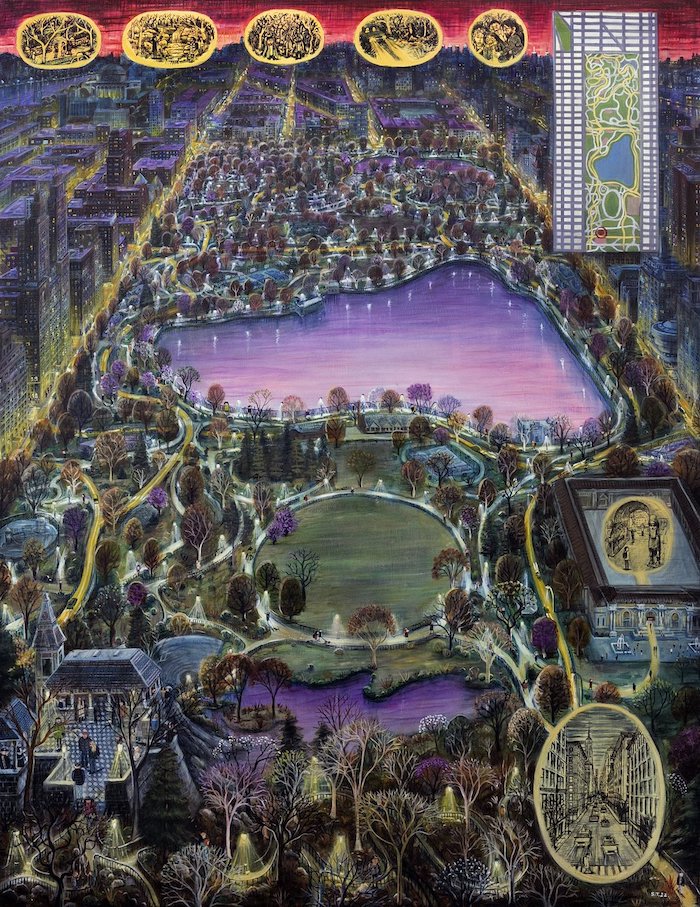 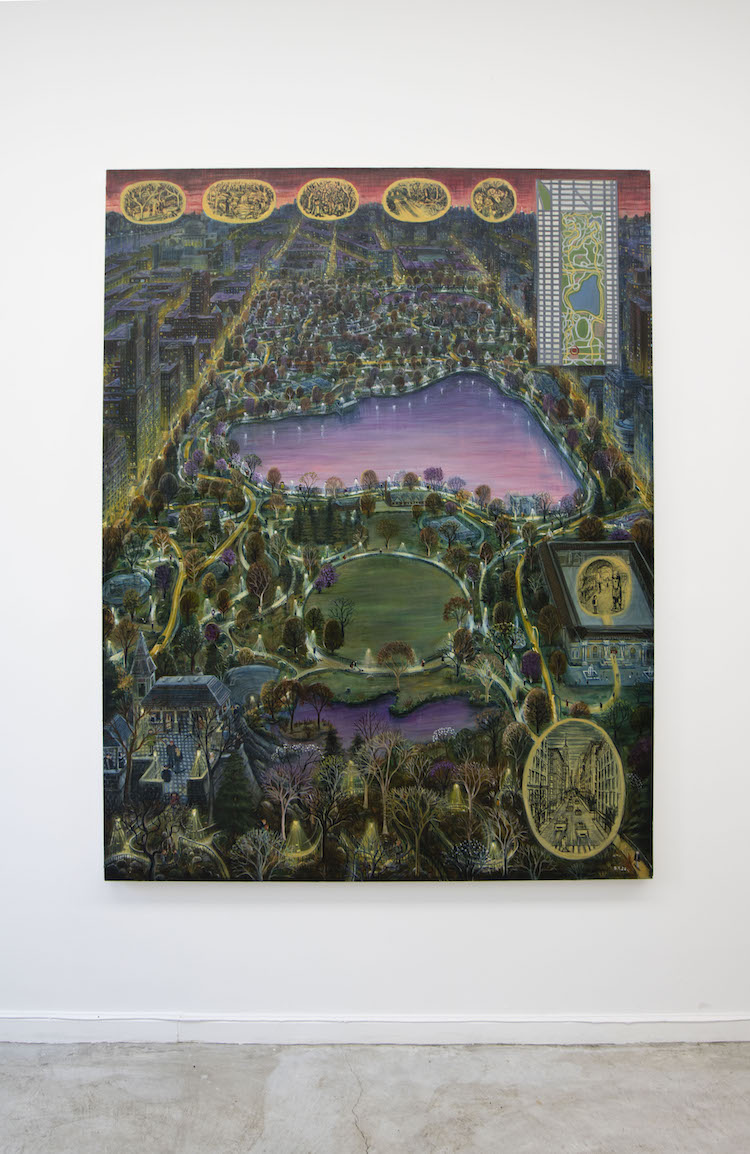 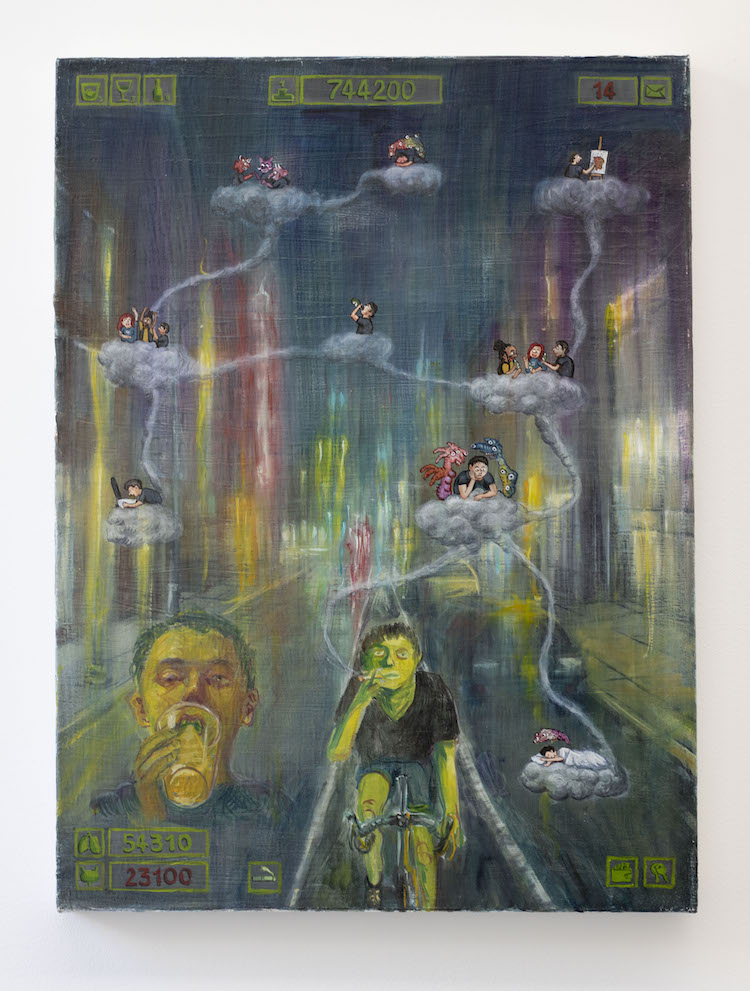 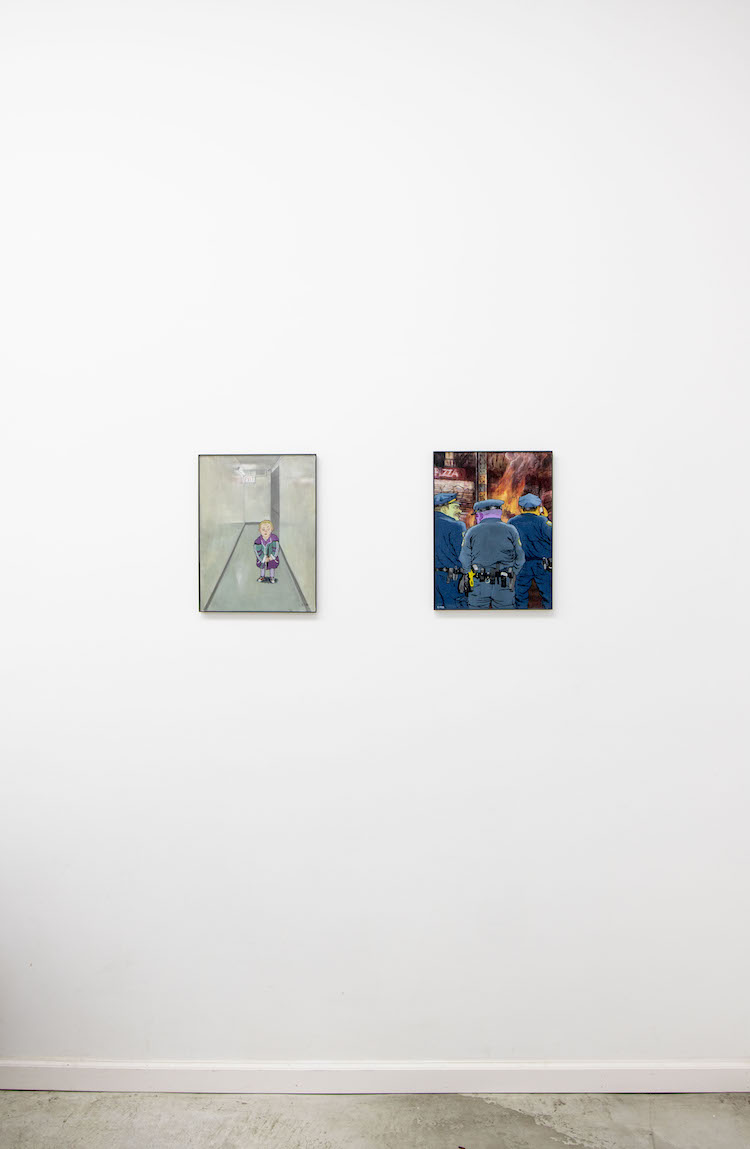 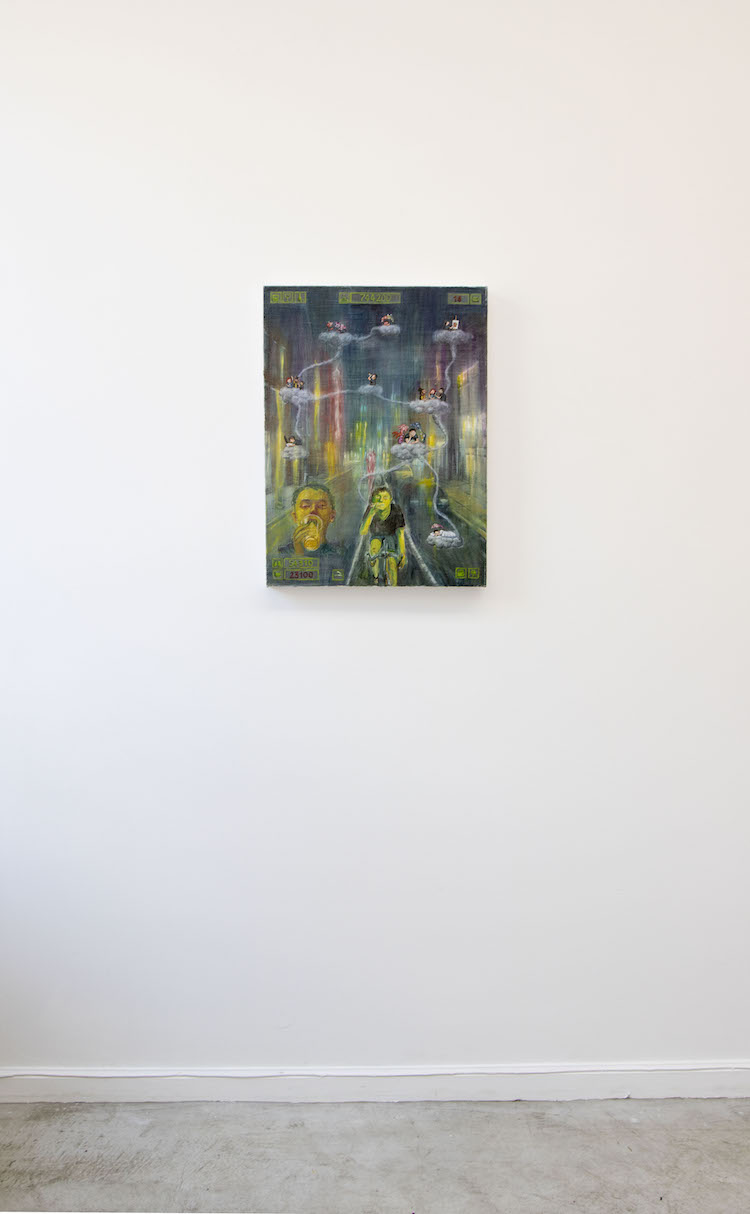 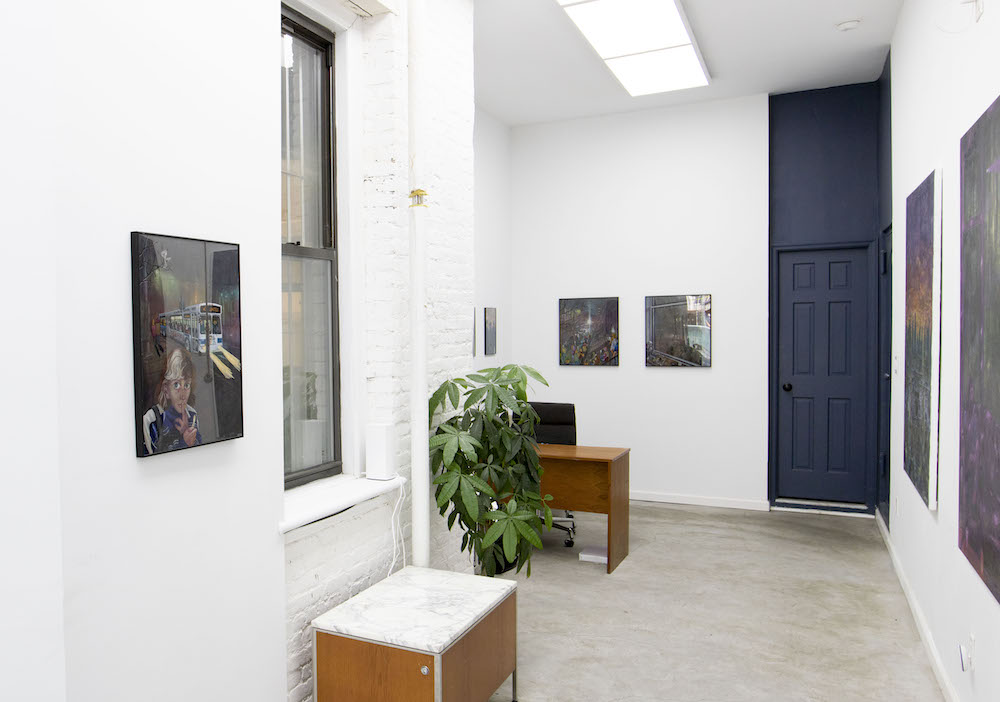 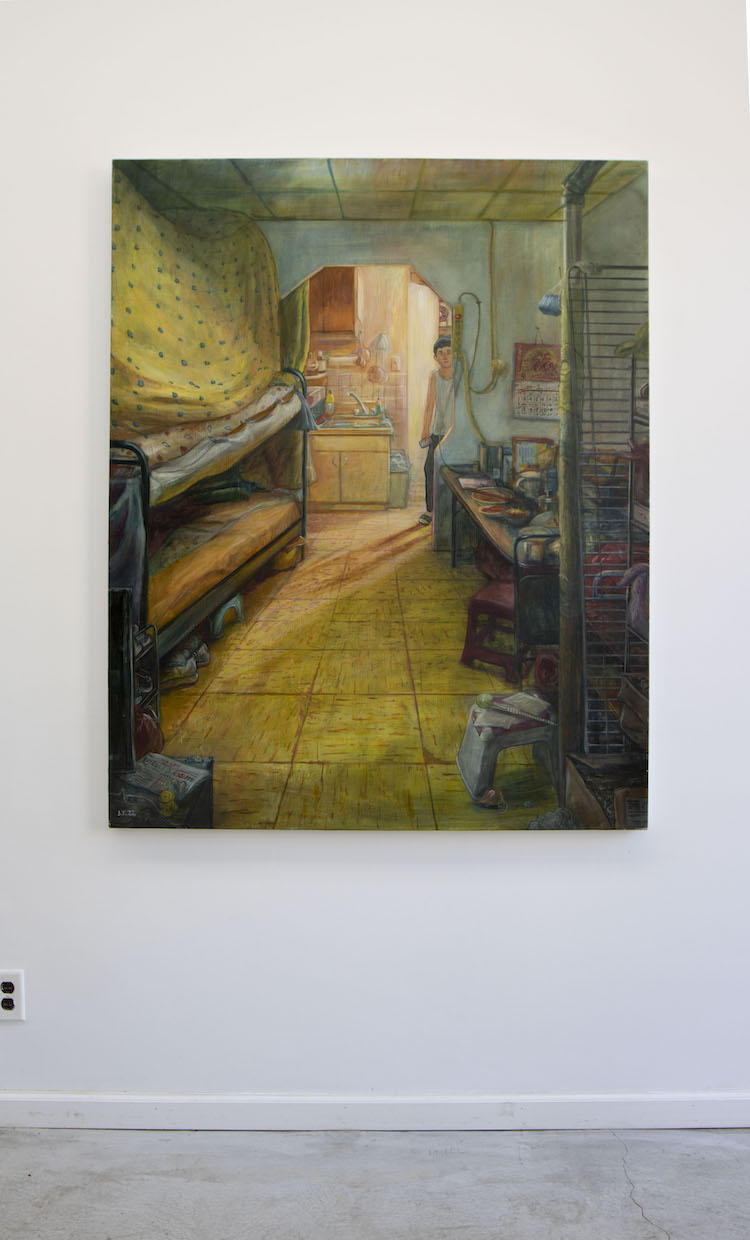 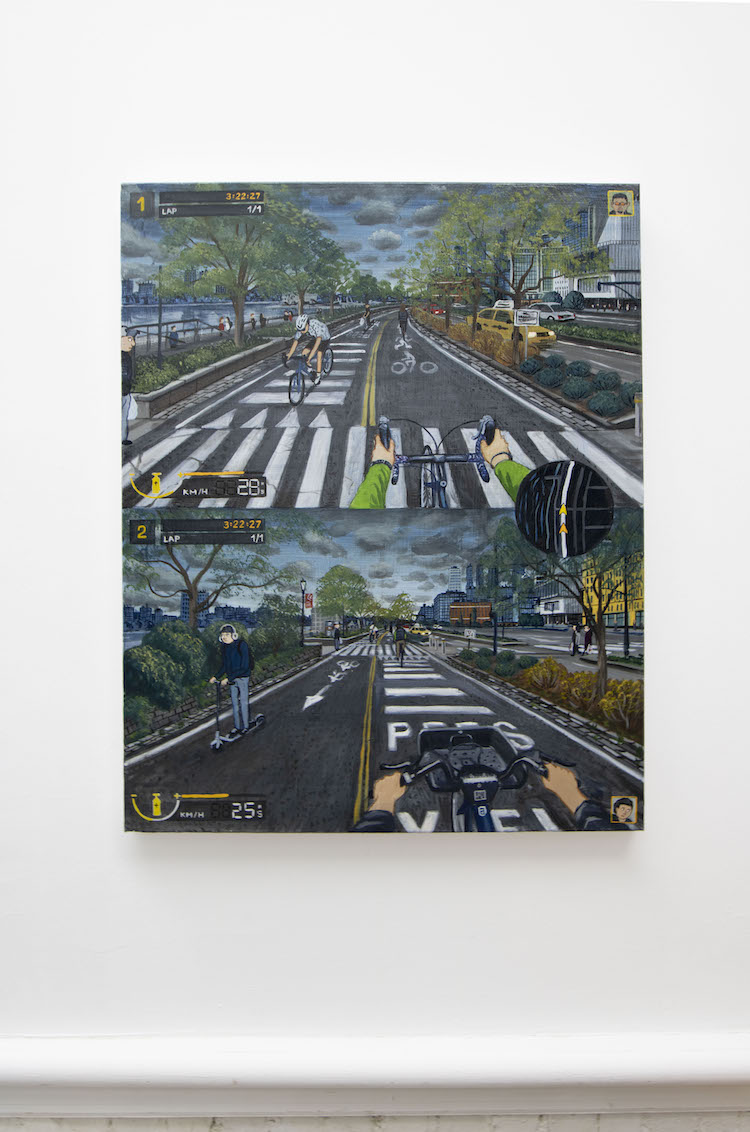 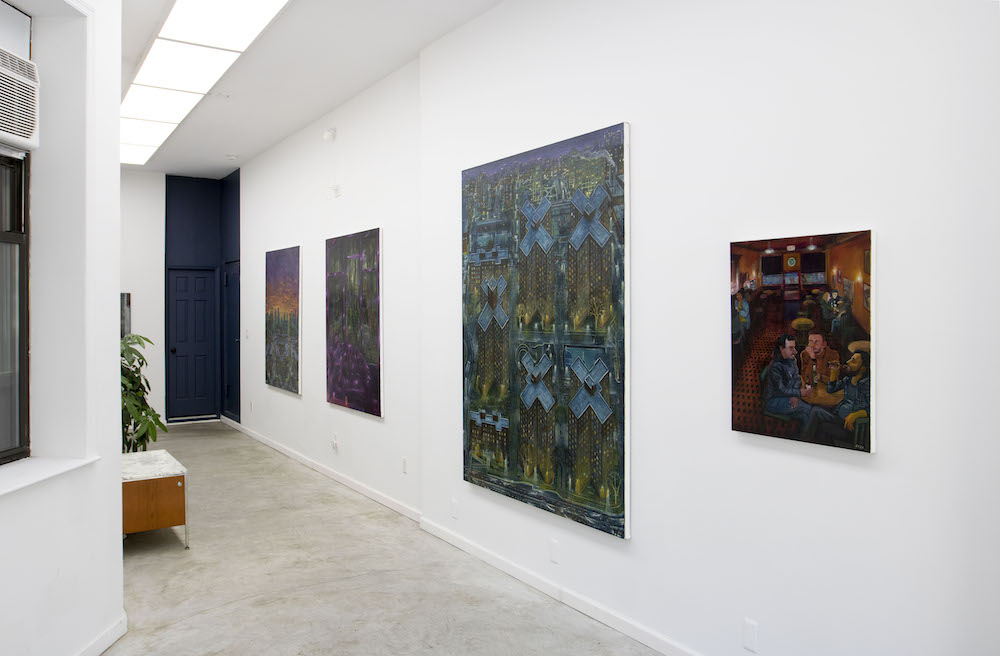 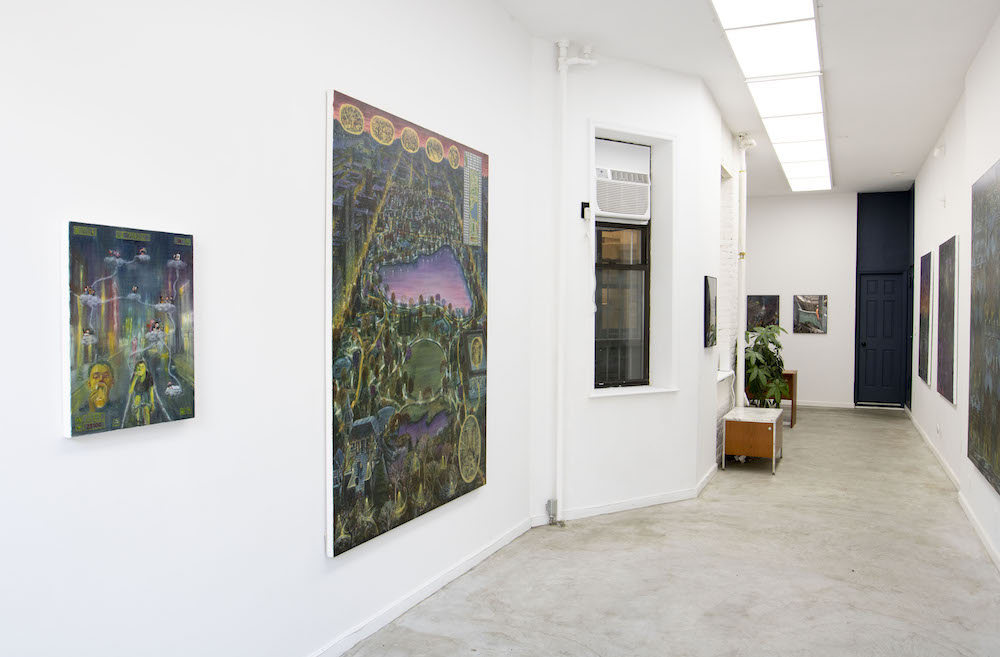 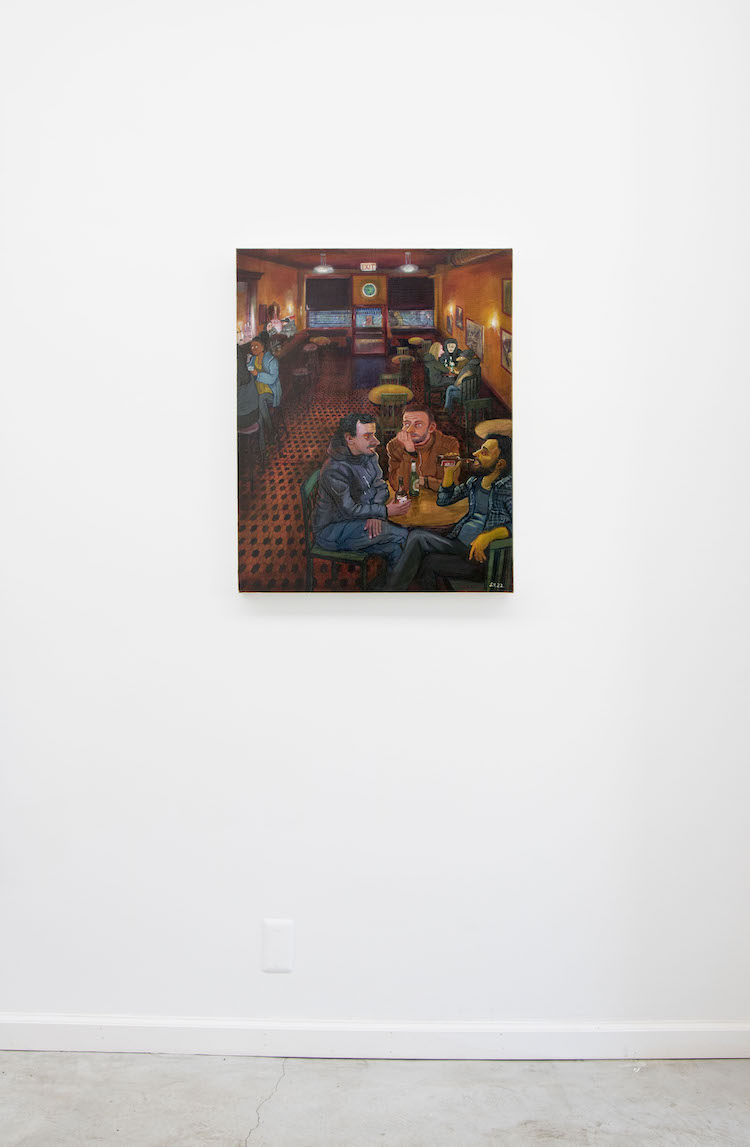 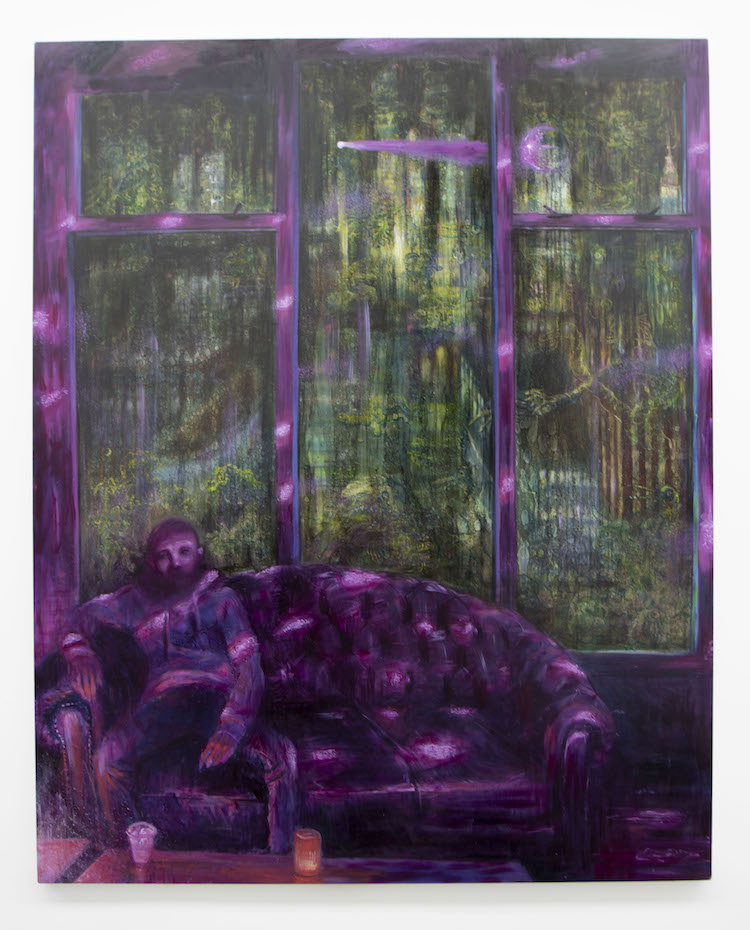 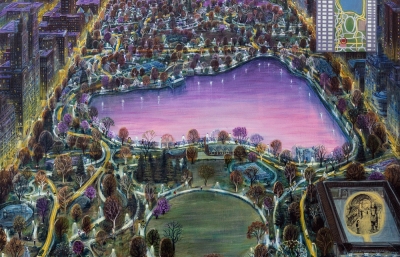 We often fantasize about places we have never been. There are certain cities that just outgrown their boundaries and become an essence, like Paris does, like London does, and of course, NYC does. NYC has a hard realism but also a fantasy element, where its been mythologized in film, music and art history. For Stipan Tadić, a Croatian born painter and now NYC-based, the city is both romantic and home, a place that he can place a sense of realism to it and also keep that romance of the place as a destination all on one painting.

His newest show, Visions of the City, on view at ATM Gallery, feels like his most mature, cohesive output. There is overhead landscapes, city streets, bar scenes, almost as if a soundtrack of paint is being visualized in front of you. There are night and dusk scenes, some feel smokey and others have a video game element to them. In some works, Tadić literally adds comic book aesthetics over brooding backdrops, an almost animated, cartoon look. The gallery notes a graphic novel quality, and that is spot-on. Sometimes our visions of a place have a duality, a story yet to be written. In the beauty of Tadić's paintings, he is living inside a fantasical world, and demonstrates that home and a dream can co-exist. —Evan Pricco