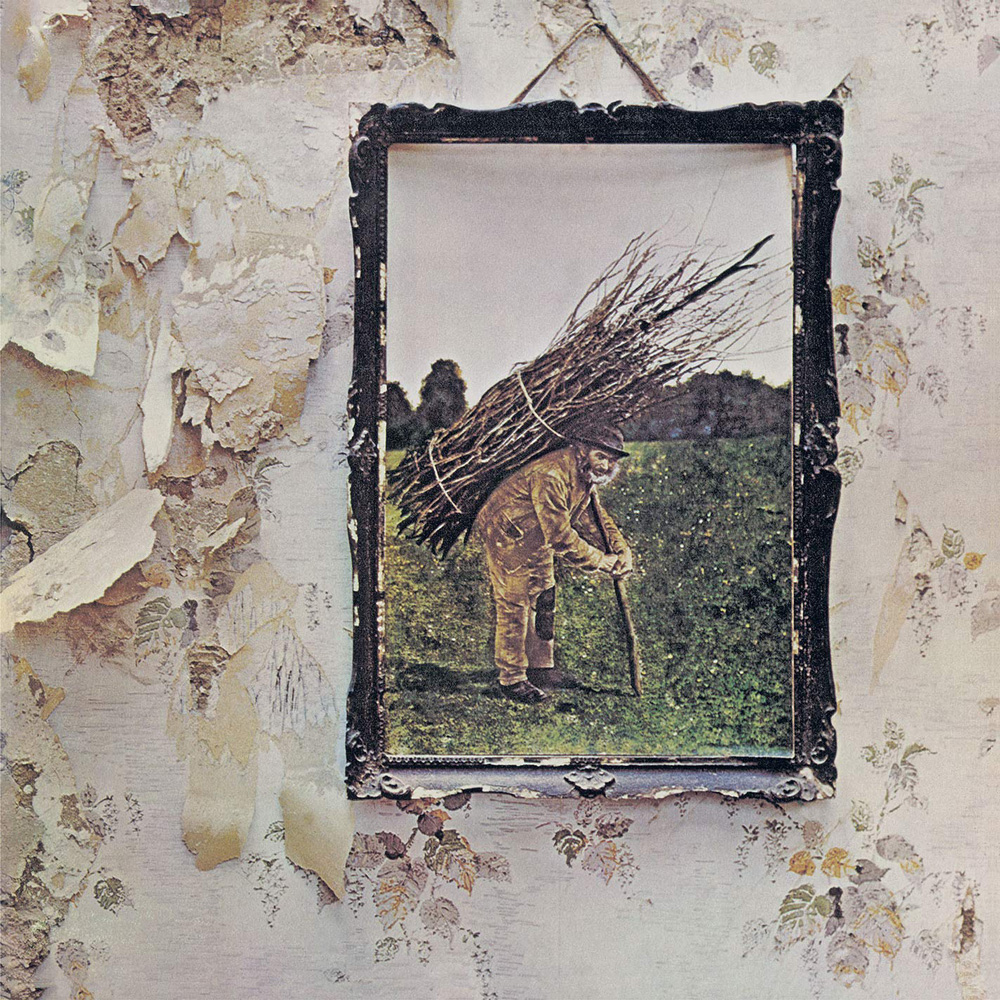 There are few musical acts that have balanced fame with a sense of crypticity like Led Zeppelin. This is most apparent on their fourth, untitled album, commonly referred to as IV. Despite achieving a growing amount of success, the band realized they were at their best when they left fans with some mystical secrets, so for the album’s cover, they photographed an evocative 19th-century painting on the peeling wallpaper of a suburban home. It features no cover text aside from four essentially random symbols, one representing each member of the band. Lead singer Robert Plant purchased the painting from an antique store in Reading, England, describing its inclusion on the cover as a continuation of the band’s city/country dichotomy. It certainly achieves this, when the album front and back covers are laid out, the painting and wallpaper give way to a giant housing complex, showing an encroaching modernity on traditional, pastoral living.