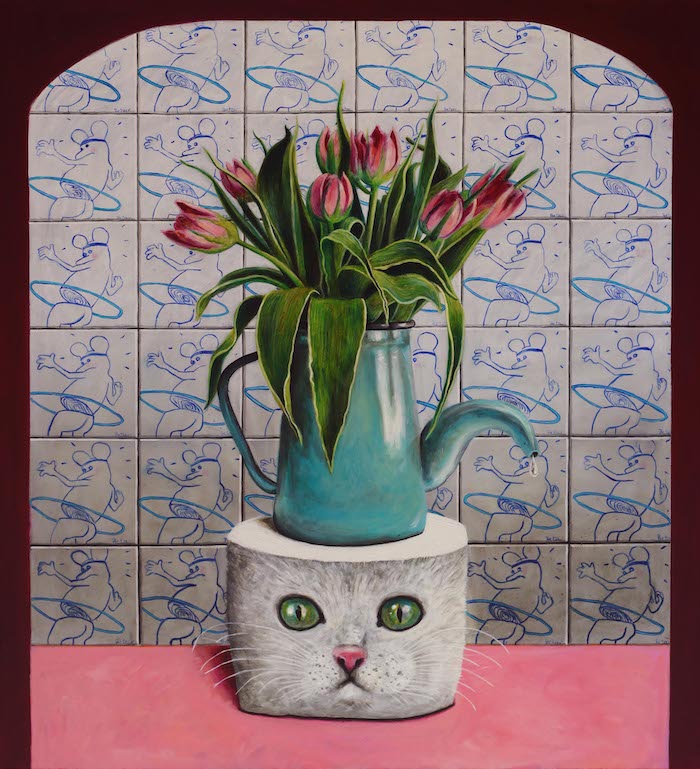 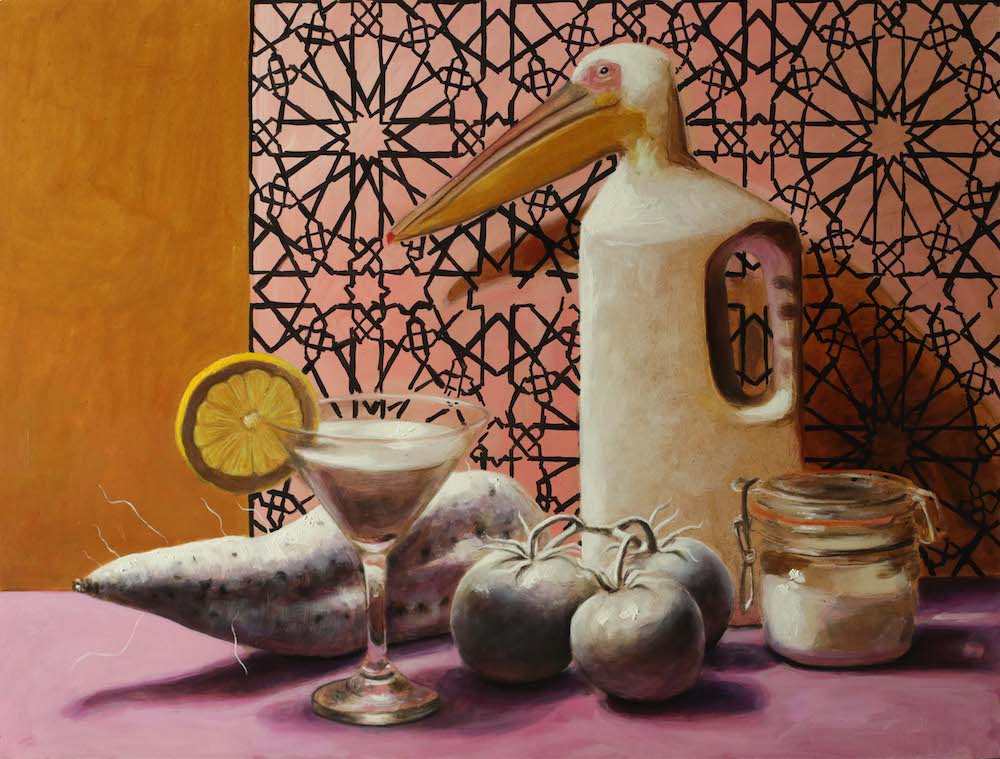 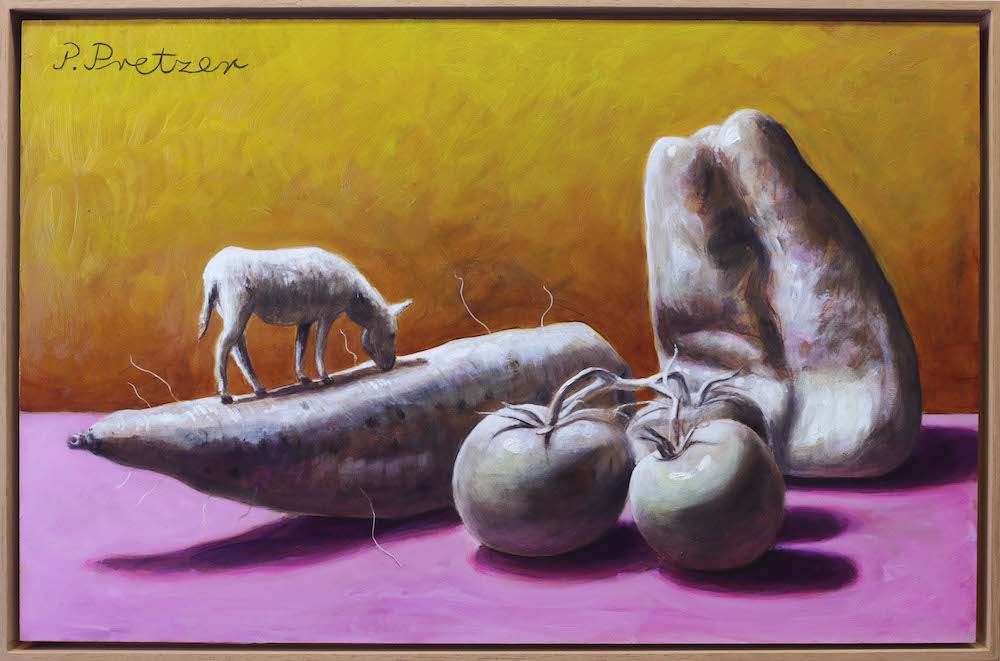 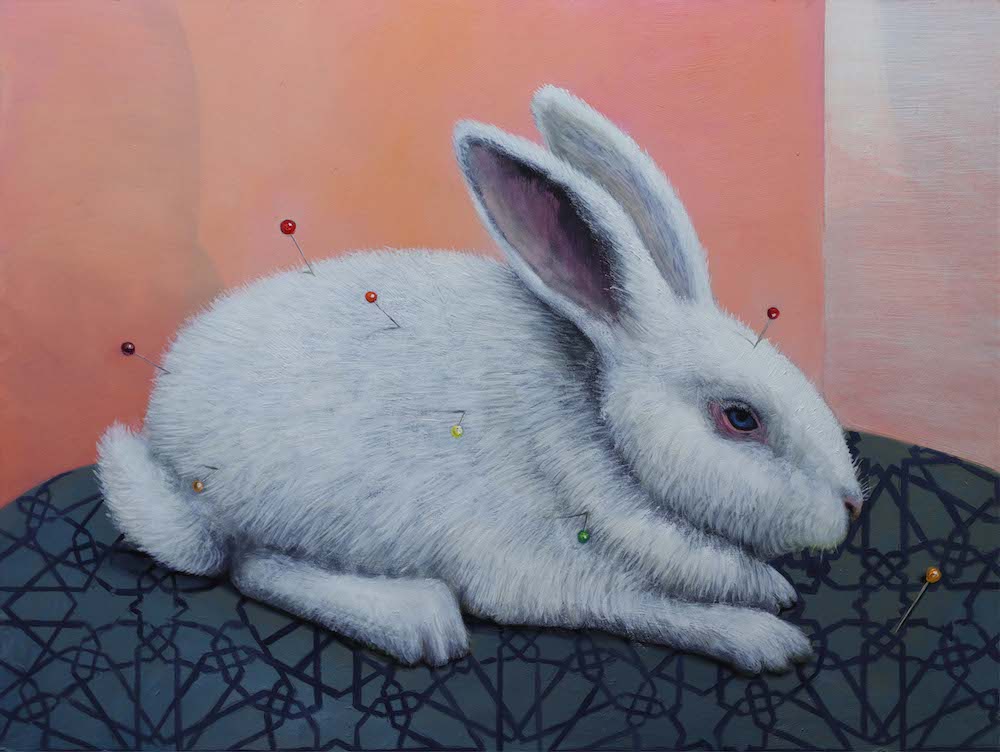 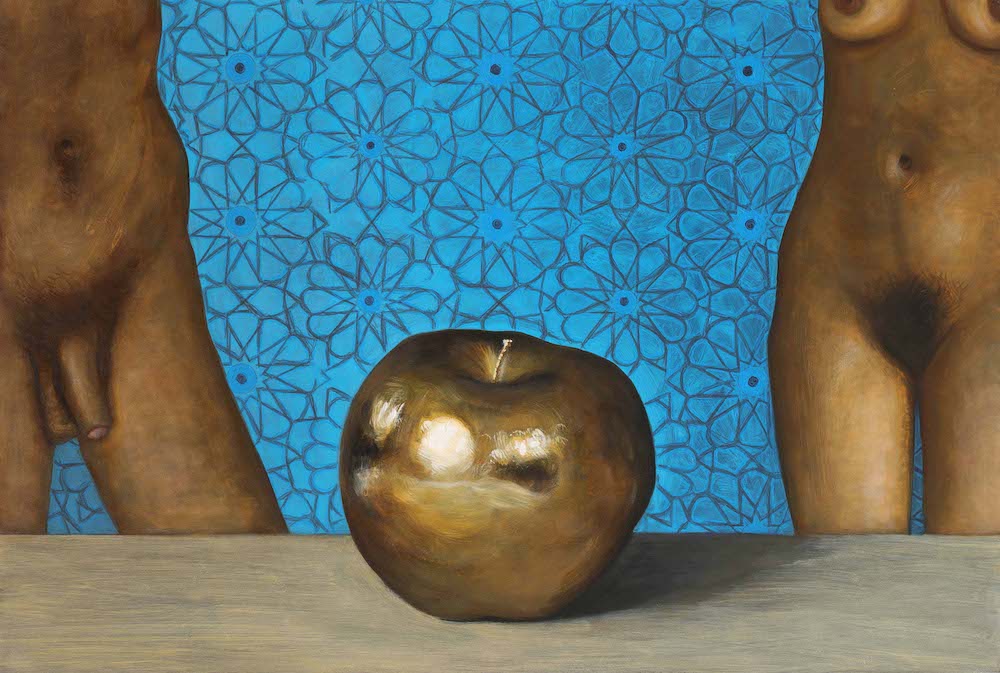 FeldbuschWiesnerRudolph in Berlin will be opening another edition of "three rooms - three exhibitions" presentations on May 29th, introducing works by Klaus-Martin Treder, Nicola Staeglich, and Paul Pretzer, the latter of which will be presenting a new body of surreal, still life assemblage images entitled Songs From Sugar Hill. Intrigued by the uncanny visuals, the catchy title of the show, as well as unusual mixture of styles and techniques utilized in these fantastical works, we've got in touch with the Estonian-born artist and talked about the works comprising this showcase.

"First and foremost, the title Songs from Sugar Hill has a very nice sound to it and of course implies the question of what these potential songs may sound like," Petzer told Juxtapoz when we asked about the idea behind the title of the show. "Also, besides having the intention to paint a good painting that gives the viewers aesthetic pleasure, I always like to confront them with some kind of dreamy and uncertain atmosphere that leaves them with questions." And such efforts come to light in almost every single one of these beguiling, staged, yet interconnected visuals. In Prehistoric Pleasure, 2021, traditional still life composition including a bird-headed detergent container, monochrome roots and vegetables, a jar, and a cocktail glass are set up in front of patterned wallpaper. The same wallpaper is creating the perspective under a pin-needled poked white bunny in The Hardest Part, 2021, and a simplified version of it is noticeable on the wall behind two naked fingers in The Sweetest Thing, 2021. On other hand, the closeup of the first image transforms the vegetables themselves into somewhat of a surreal scenery in Sugar Hill, 2021. "Sugar Hill is a utopian place in one's mind; I also referenced songs because music and painting are very much related from my point of view. It's all about the rhythm of forms and the color tone, and I like to think of painting as music for the eyes," the artist told us about the frequent use of the term and the analogy between the music and visuals.

"Almost all of the paintings are still lives. I wanted to focus on this genre for this show to create a coherent group of works, where certain colors and objects keep reappearing. That creates group dynamics, which connects the paintings and leaves the viewer with a stronger impression," Petzer told us about the way this exhibition was constructed as a whole. And such group dynamics create a sense of interconnectivity and narrative mentioned above. "At first glance, the paintings also appear familiar in some way, but when you take a closer look, you will always see something that gently interferes with that first impression. The color white plays a big role in many of the works. It is used to alienate certain familiar objects from how we know them. That is something I haven't done on a bigger scale before." Influenced by the similar compositions by the likes of Adrian Coorte, Georg Flegel, Luis Melendez, Alexander Kanoldt, or Giorgio Morandi, Barcelona/Berlin-based artist uses the simplicity of this format to create a fascinating effect through the placement and choice of the objects. "The input can come pretty much from anywhere really, it can be art history, Instagram, or something I find lying on the street. If it serves the purpose of making a good painting, it will find its way to my works. I like objects that create gentle contradiction or friction in the painting and thereby put the viewer in a state of active reception or interaction," Pretzer told us about the thought process which channels such a diverse range of both mundane objects and fantastical imagery into his paintings. —Sasha Bogojev