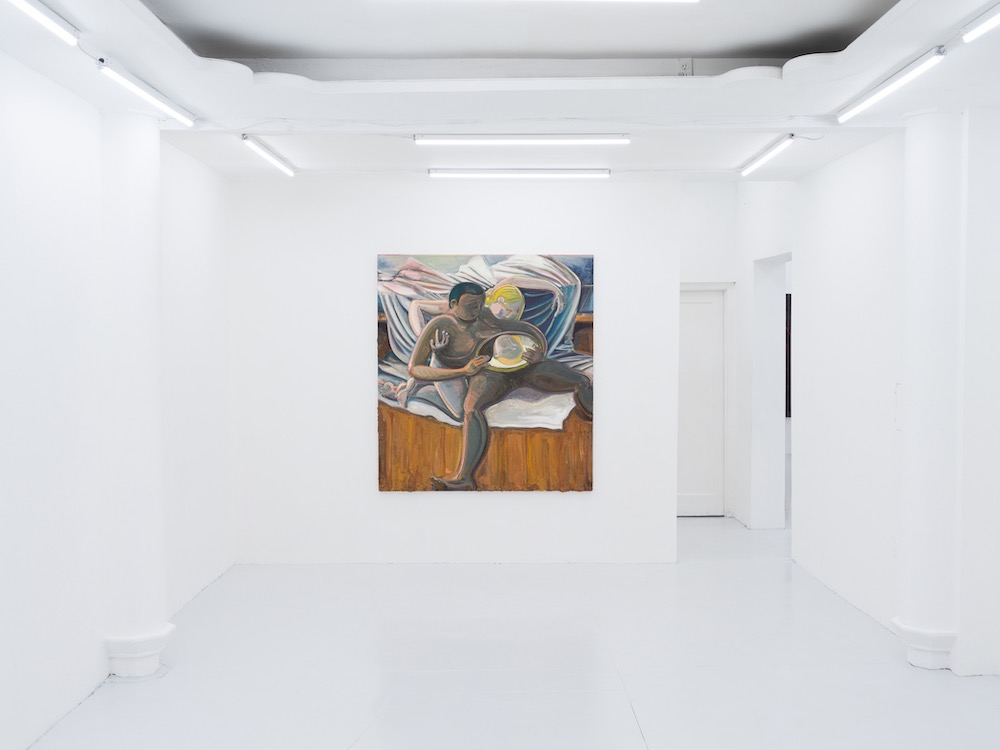 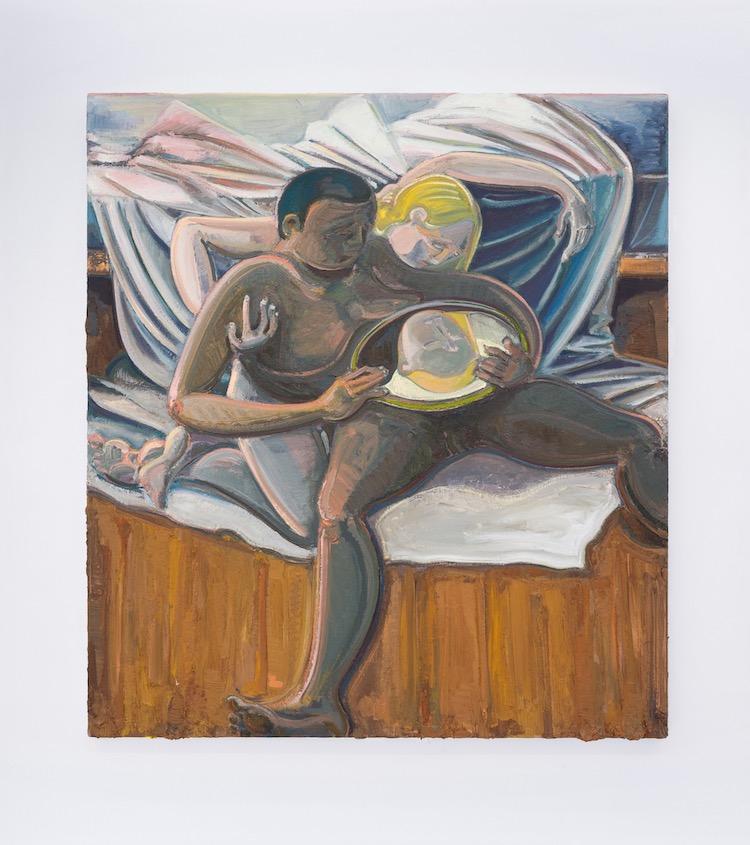 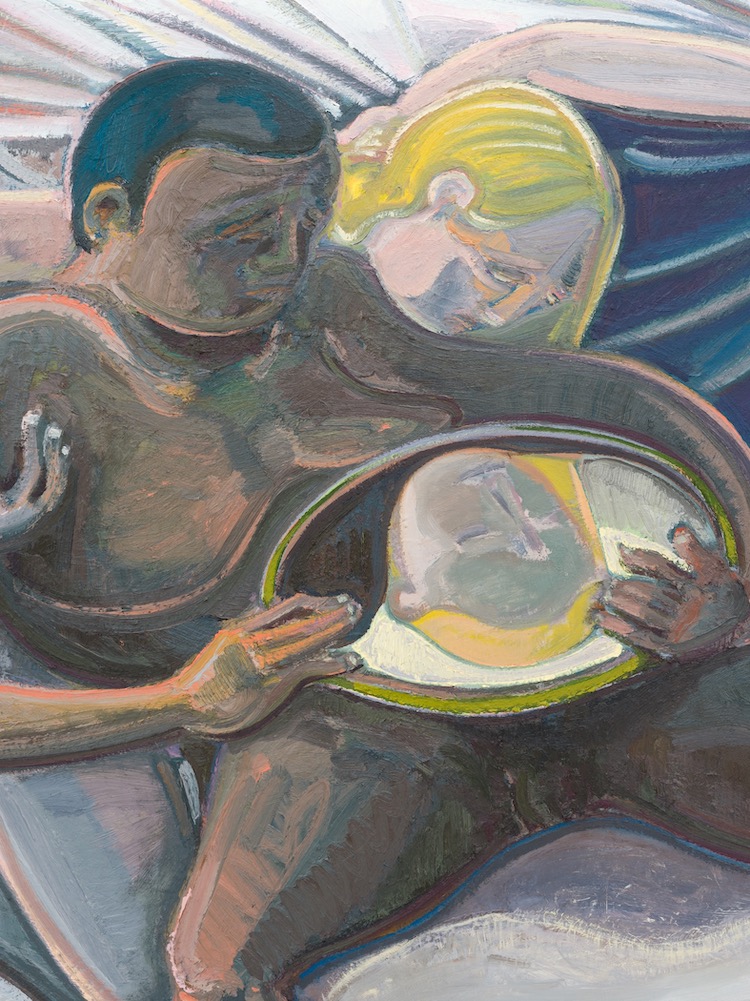 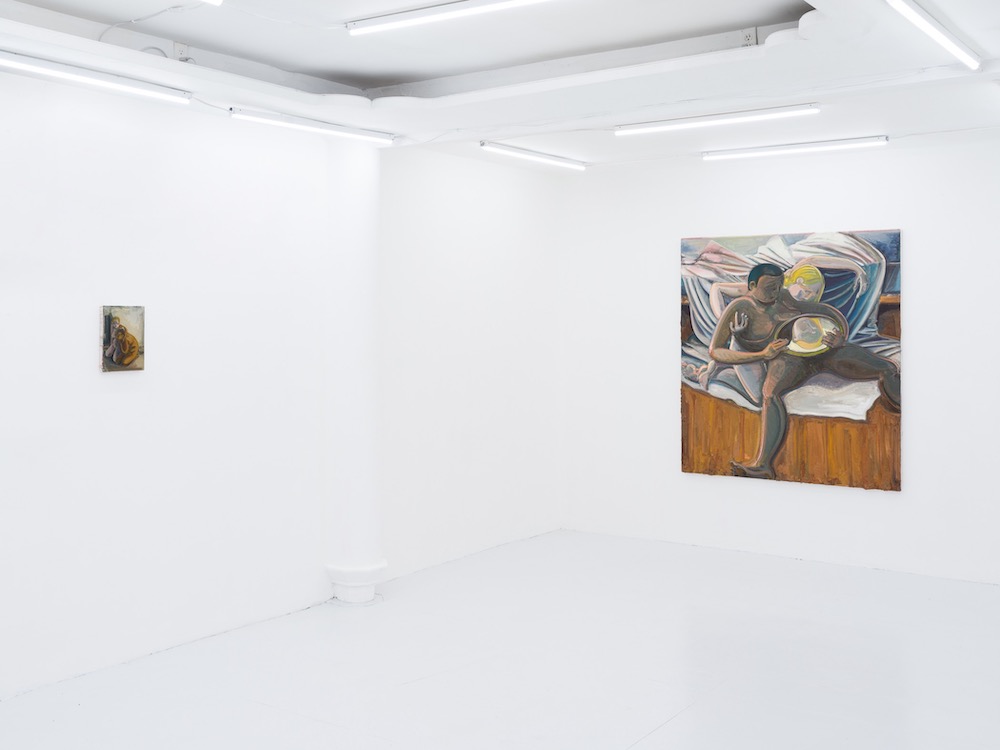 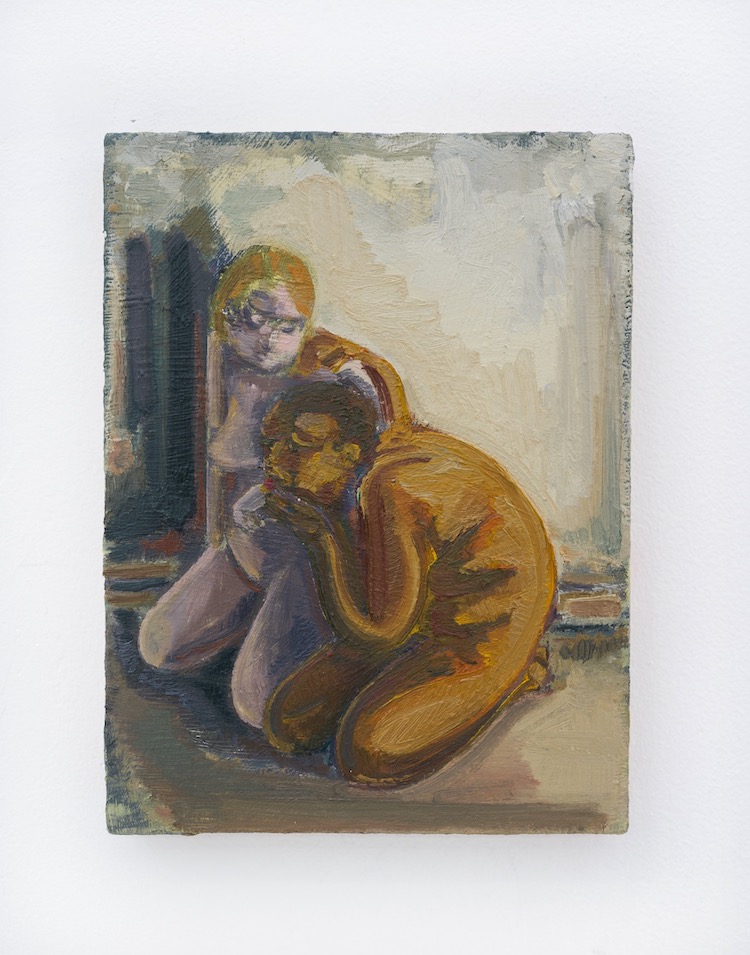 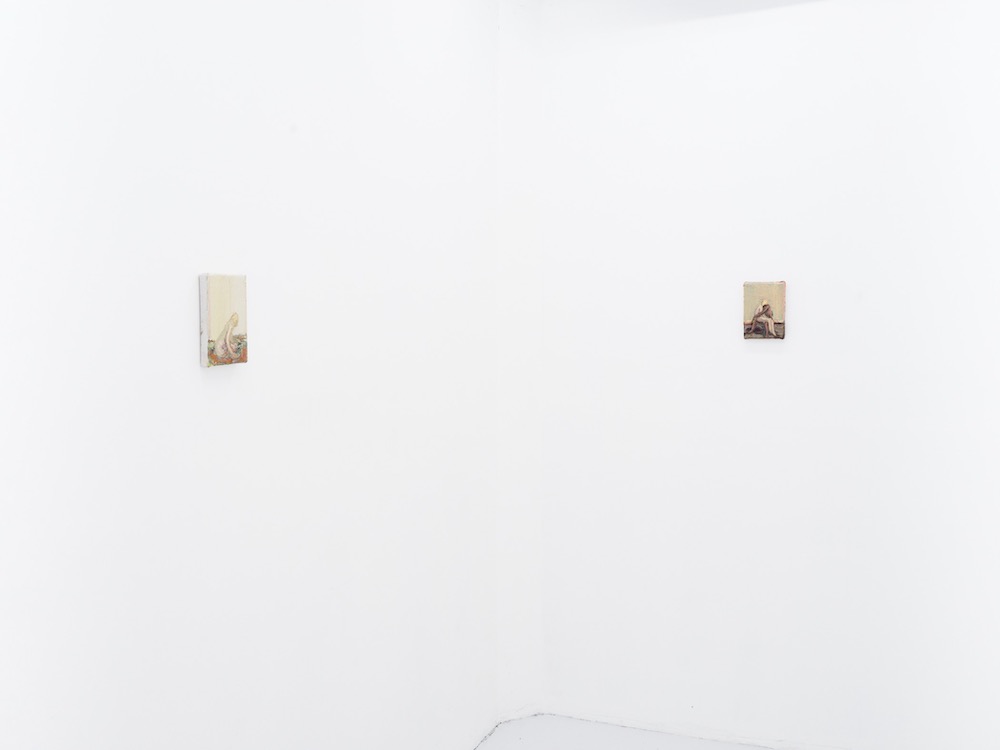 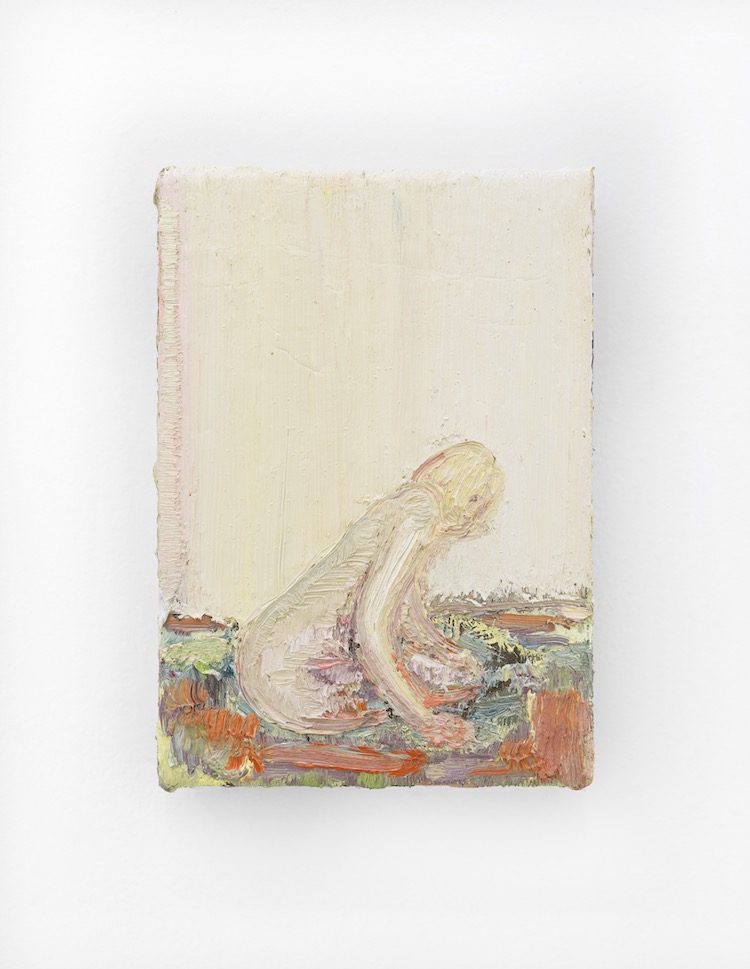 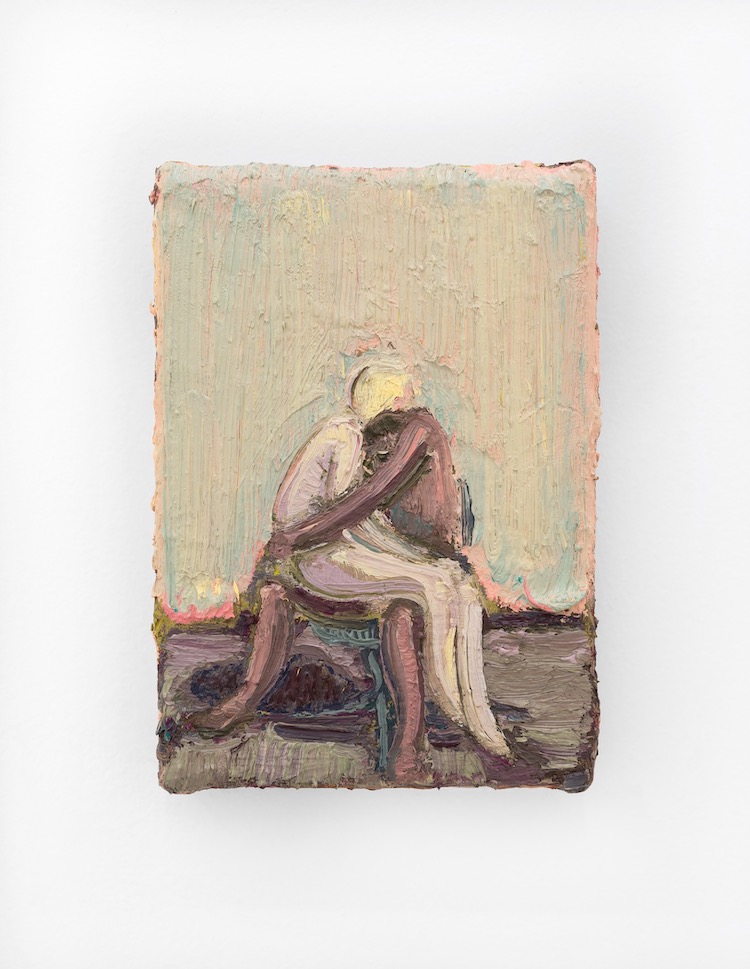 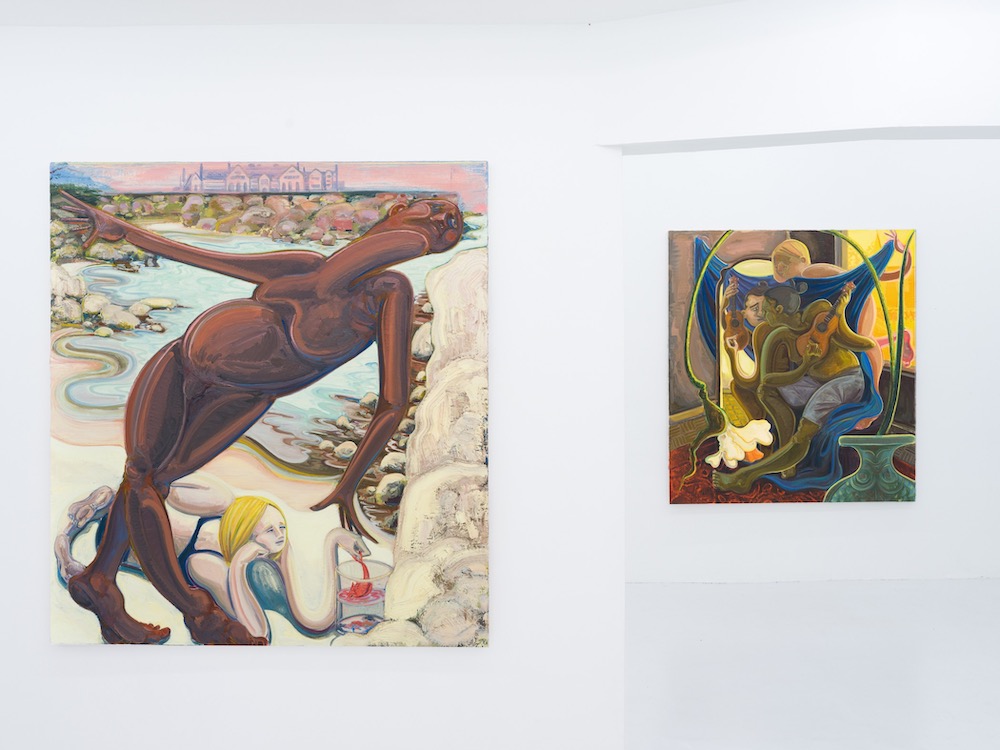 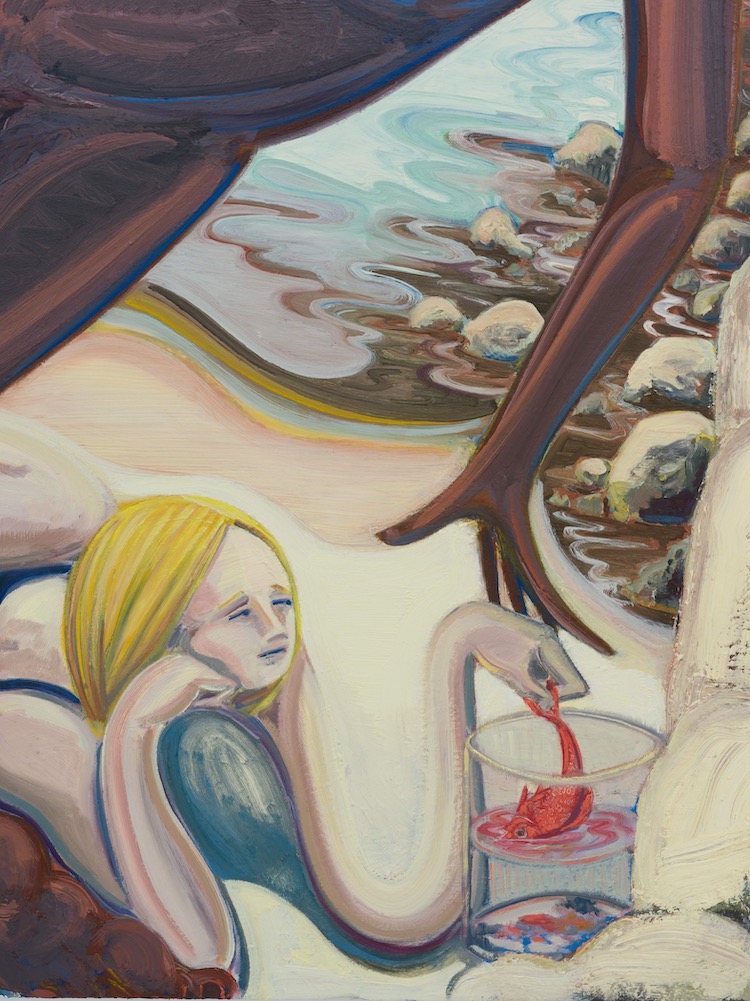 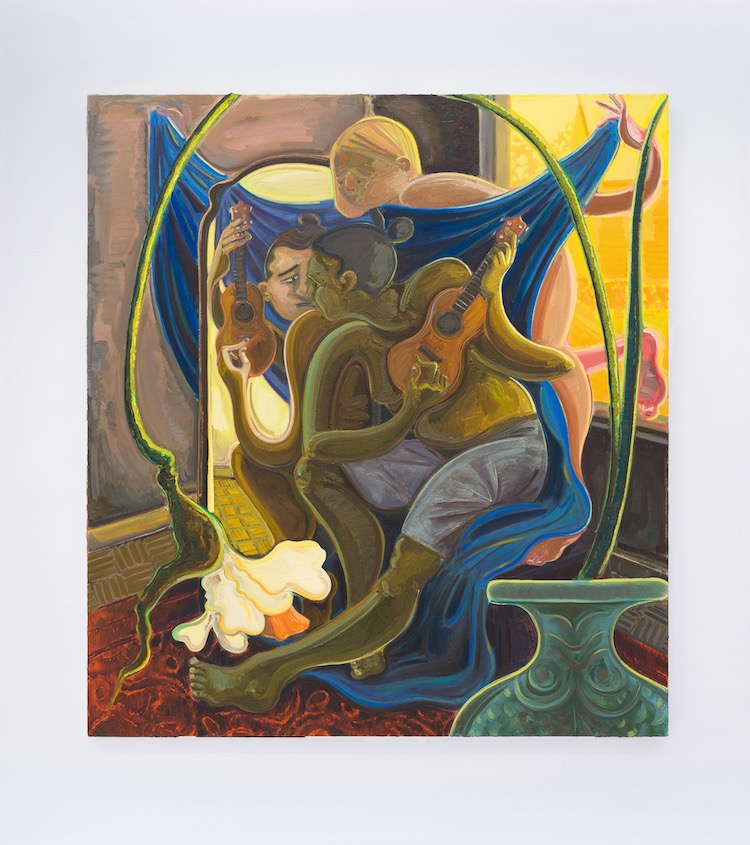 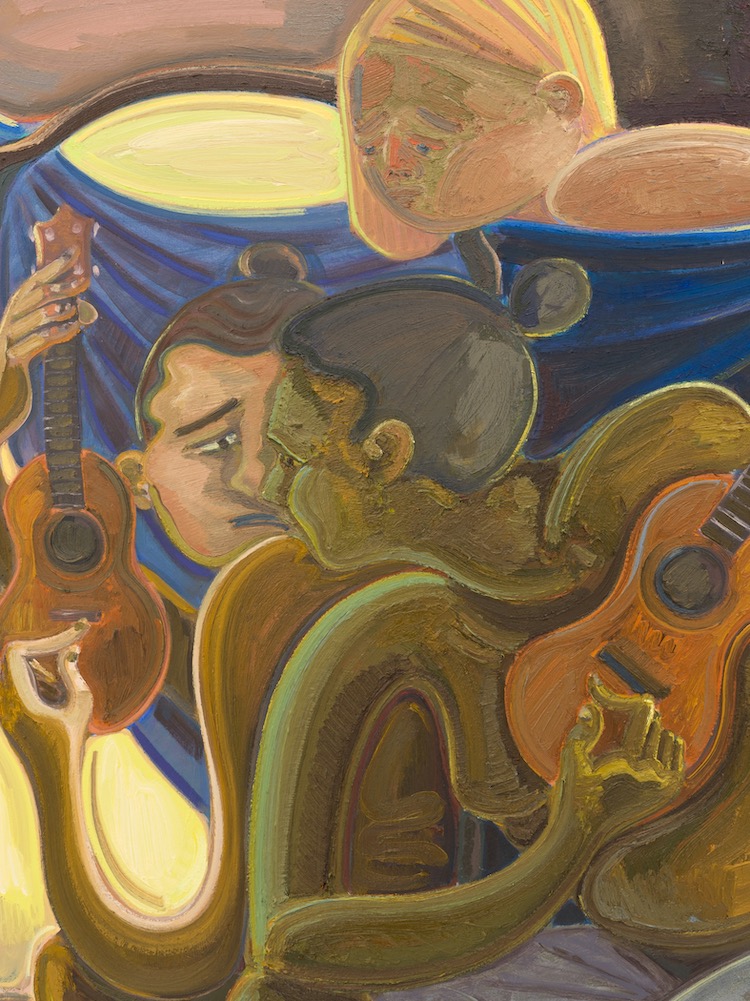 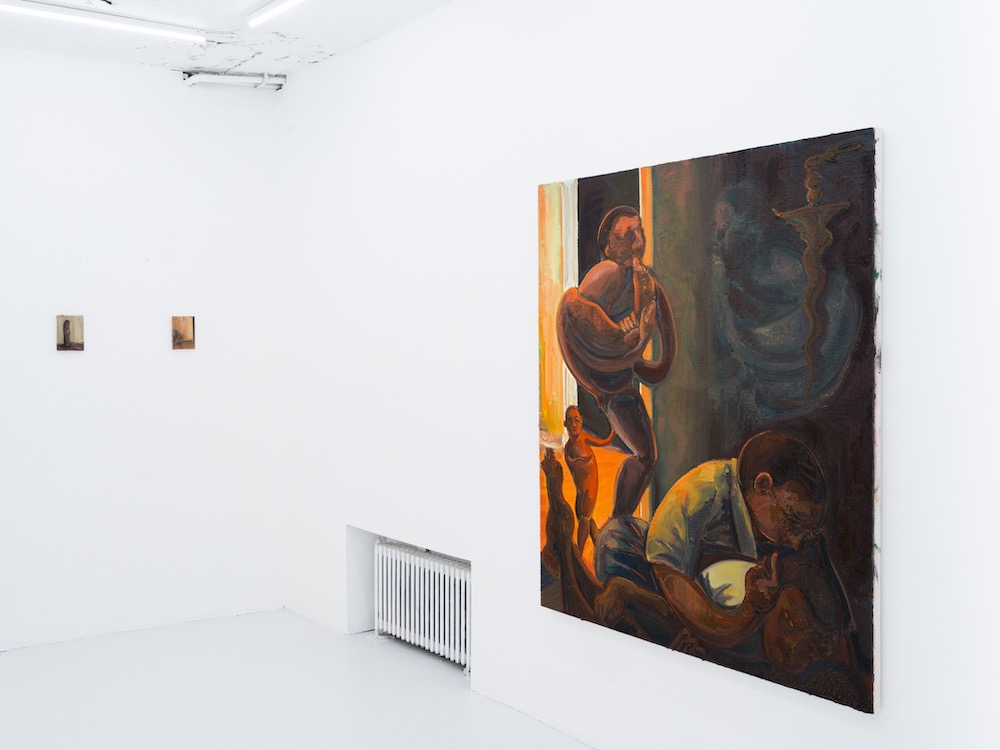 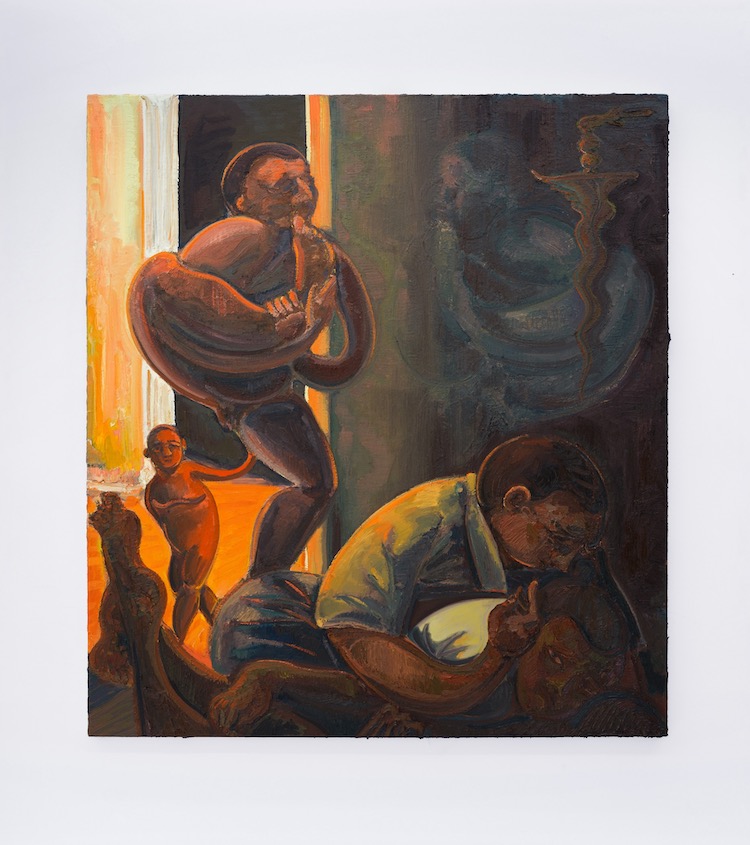 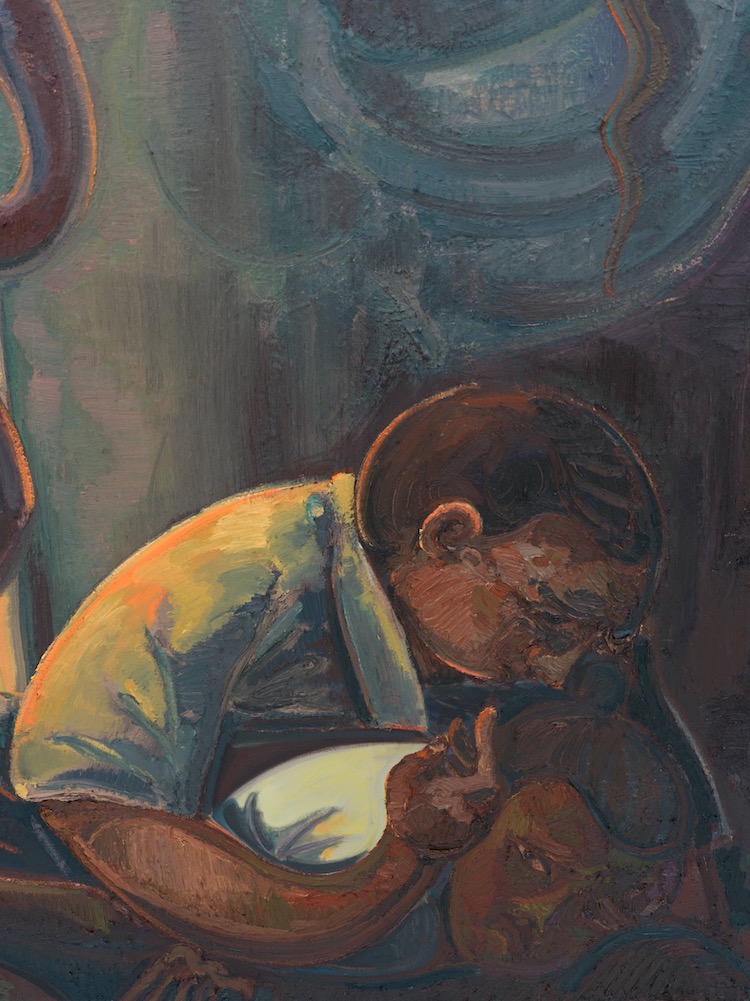 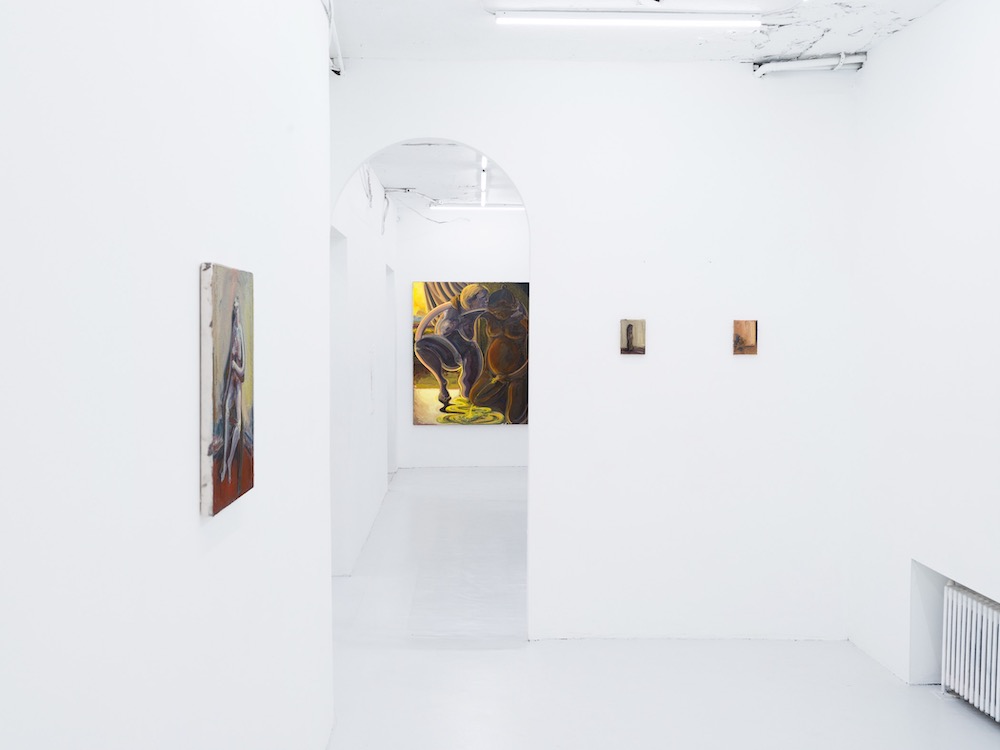 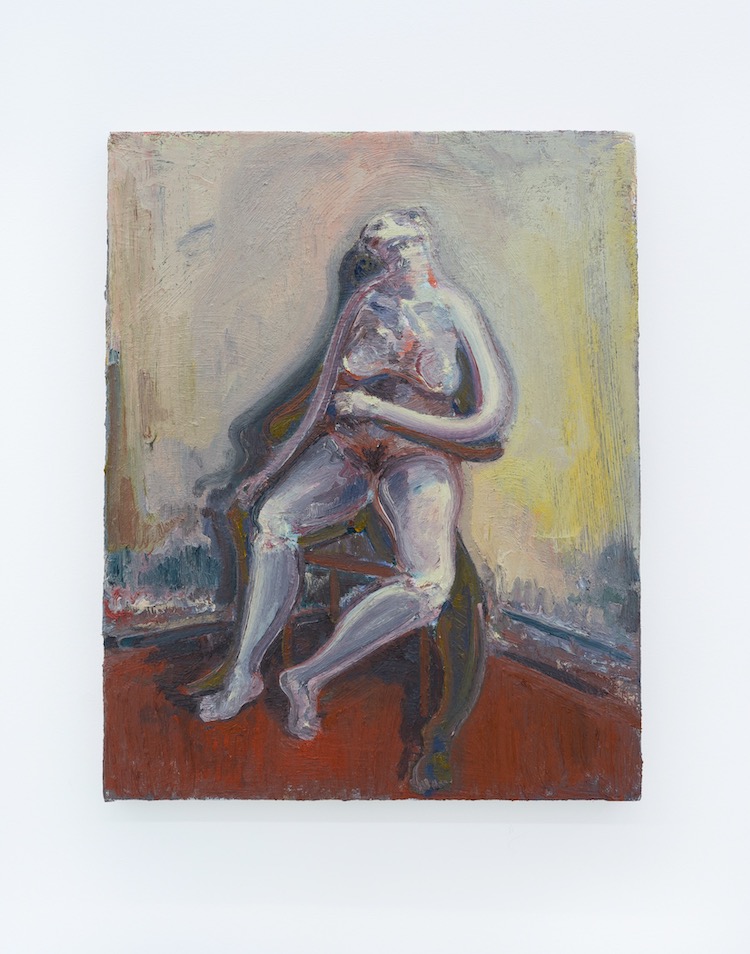 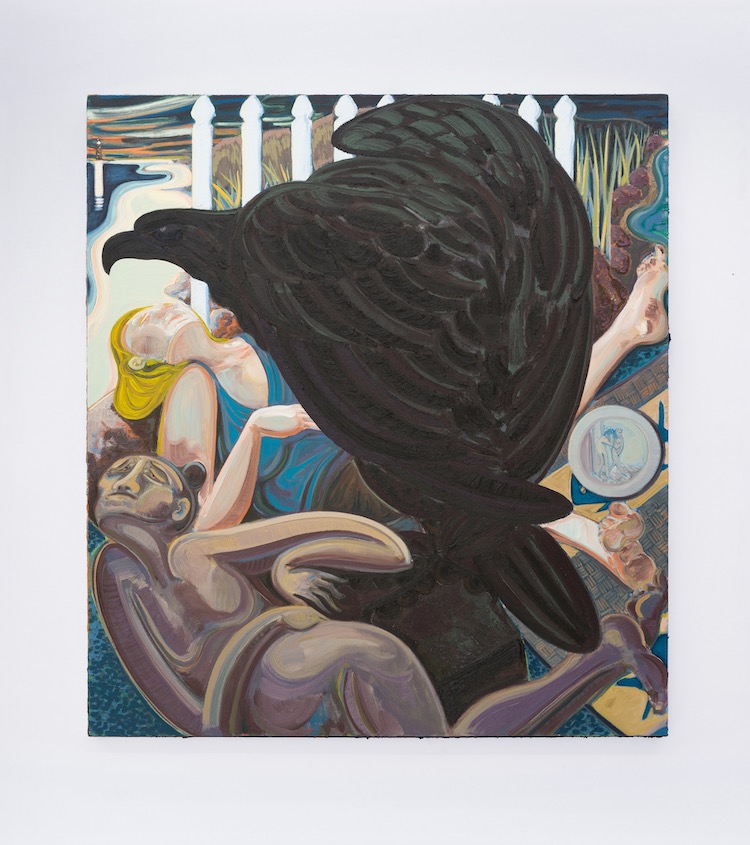 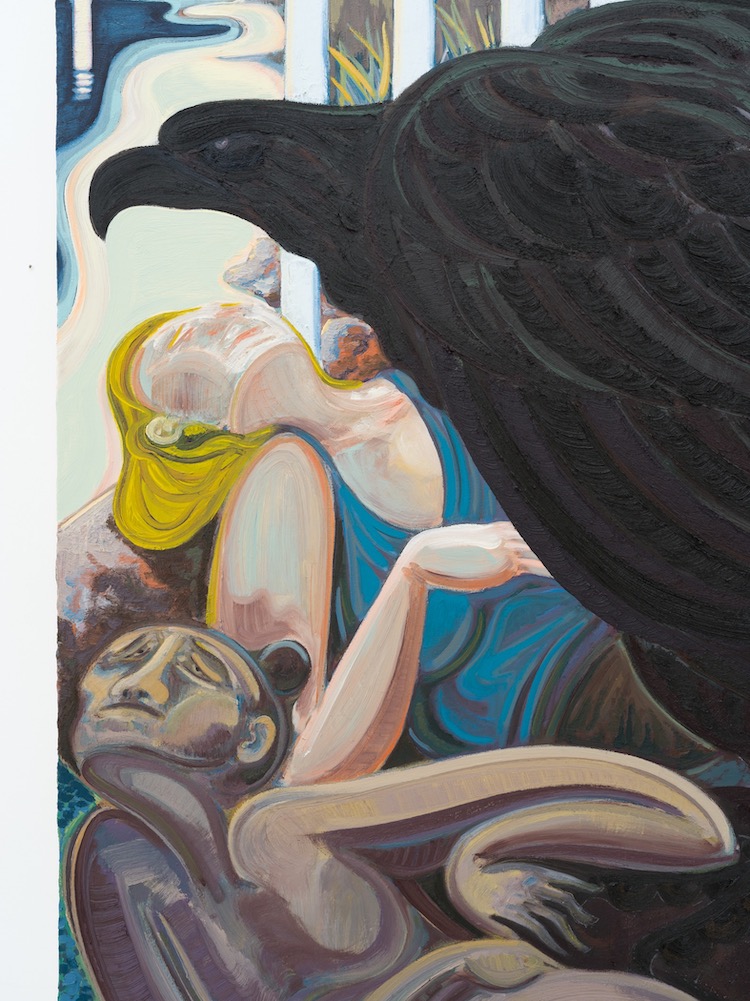 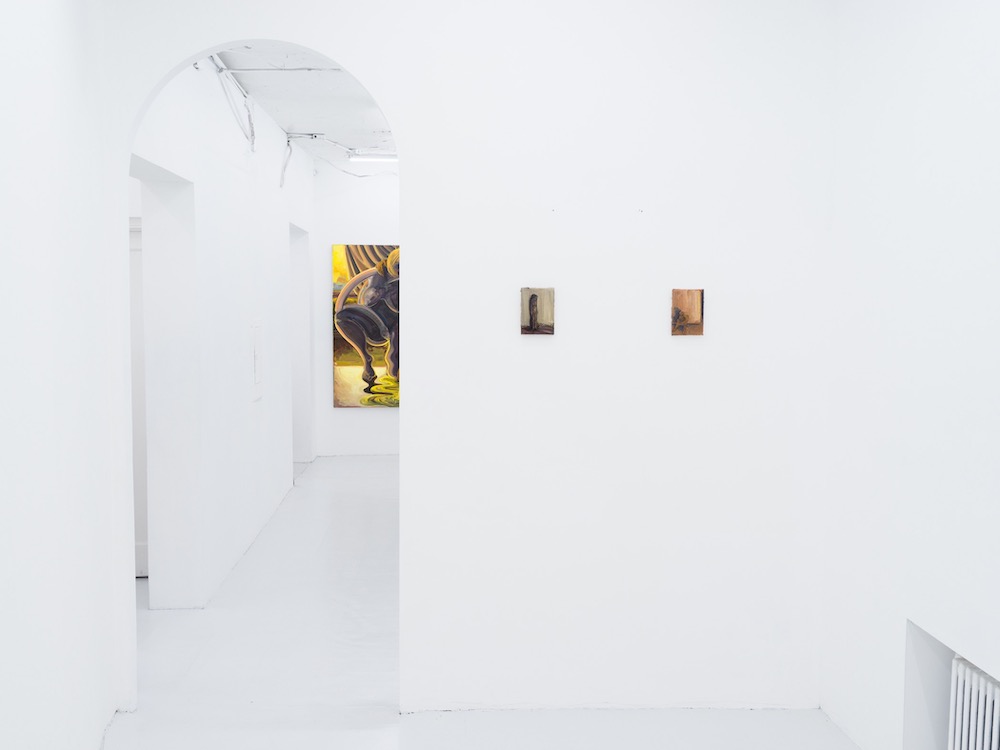 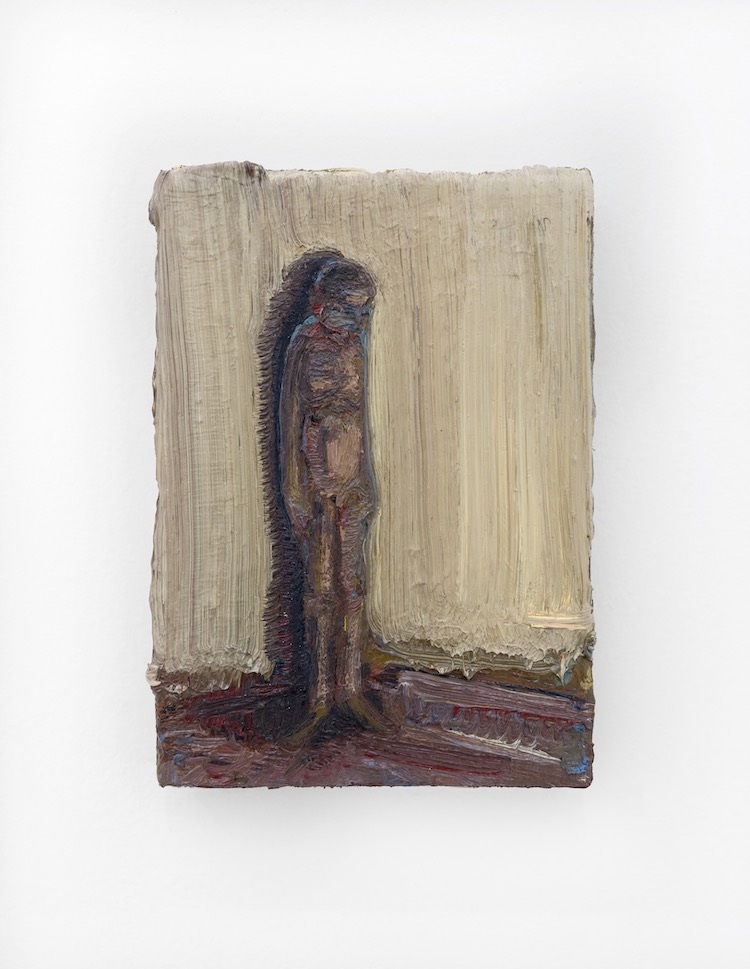 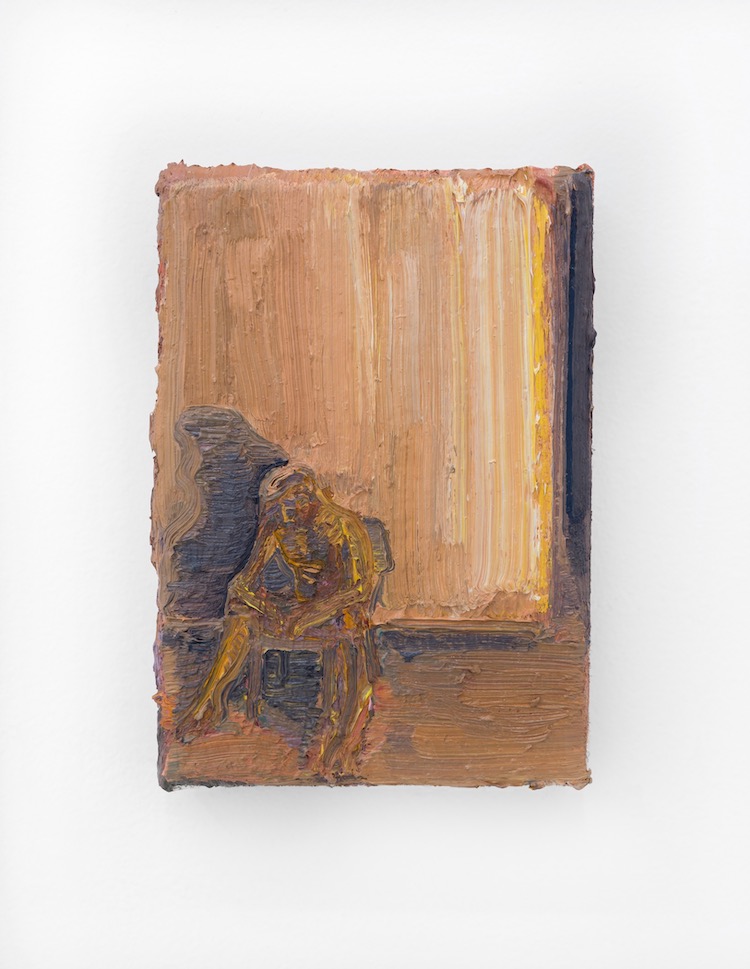 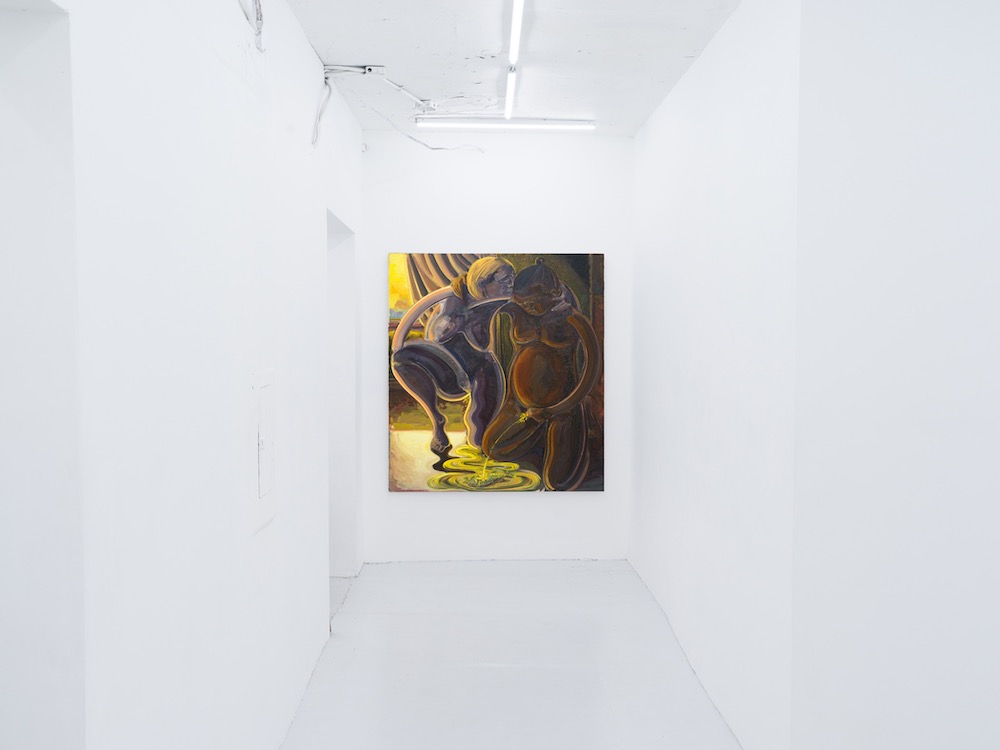 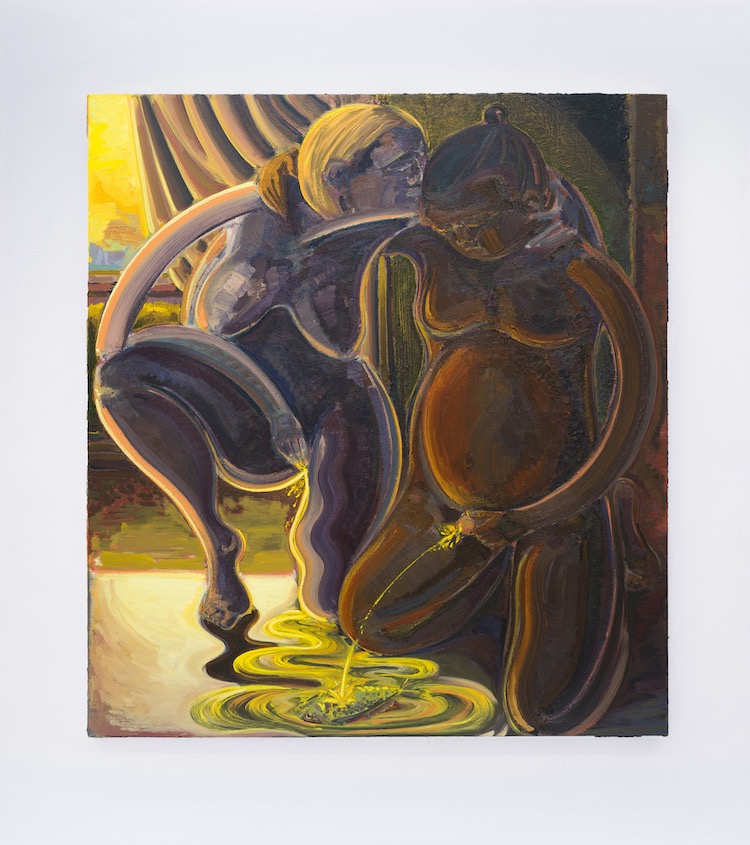 An artist whose work has been playing wonderful games with our head is currently having his first solo exhibition in New York so we couldn't pass on the opportunity to write about Timothy Lai's Soft Words Make It Easier to Bear. Up on view until October 24rd at Jack Barrett the twelve new paintings present the Malaysian-born artist's great technique and remarkable way of manipulating paint.

Before we get on the subject of Lai's imagery, technique, aesthetics and the route that brought to this point, it's worth underlining how poetically encompassing the title of the show is in relationship with these viscous visuals. Stating the universal verity that usually comes to light at moments of intense emotions, the titular statement emphasizes our inner fragility and delicacy which is oftentimes eclipsed by the guise we'd like to identify ourselves with. And this same guise is something that the Providence-based artist likes to paraphrase through his highly gestured technique and exceptional color choices. Stemming from his early interest in Abstract Expressionism as well as his dedication to exploring the biracial identity, the artist developed a distinctive way of painting his characters and images as a whole. Often disregarding their anatomy and more interested in conveying the emotions through their posture and the way their bodies interact with the light and/or their surroundings, they became a tool for the exploration of his own identity as a biracial person in an interractial relationship.

Exemplar Something About Apologies, 2021, is an epitome of such explorations, depicting centrally positioned white and brown figures in a quiet embrace, sitting in a bare setting. By blanketing the canvas with layers upon layers of different hues, Lai constructs a simple scene in which the mood can be altered by focusing on a different brush stroke or pigment used. “The tinting and grays in these paintings bring up the point that, in the system that we inhabit, nothing is pure and everything is always in service to someone else,” the artist said in a recent feature published on Artsy.

Such an effect is pushed to the other, darker end of the spectrum in the titular Soft Words Make it Easier to Bear, 2021, in which the same figures are now depicted with dark purple to almost black and dark brown and black. Capturing the light reflection and glow-like effect with thin yellow outlines, these two works embody that very idea of "impurity". Essentially portraying his sitters as a tangible amalgamation of hues, Lai reveals the futility of focusing on such irrelevant matter. And by doing essentially the same procedure with an element as basic as a white wall in the back of a couple of paintings, he is poetically summing up the ever present tendency of the observed reality to change and modify along with the circumstances around it. —Sasha Bogojev