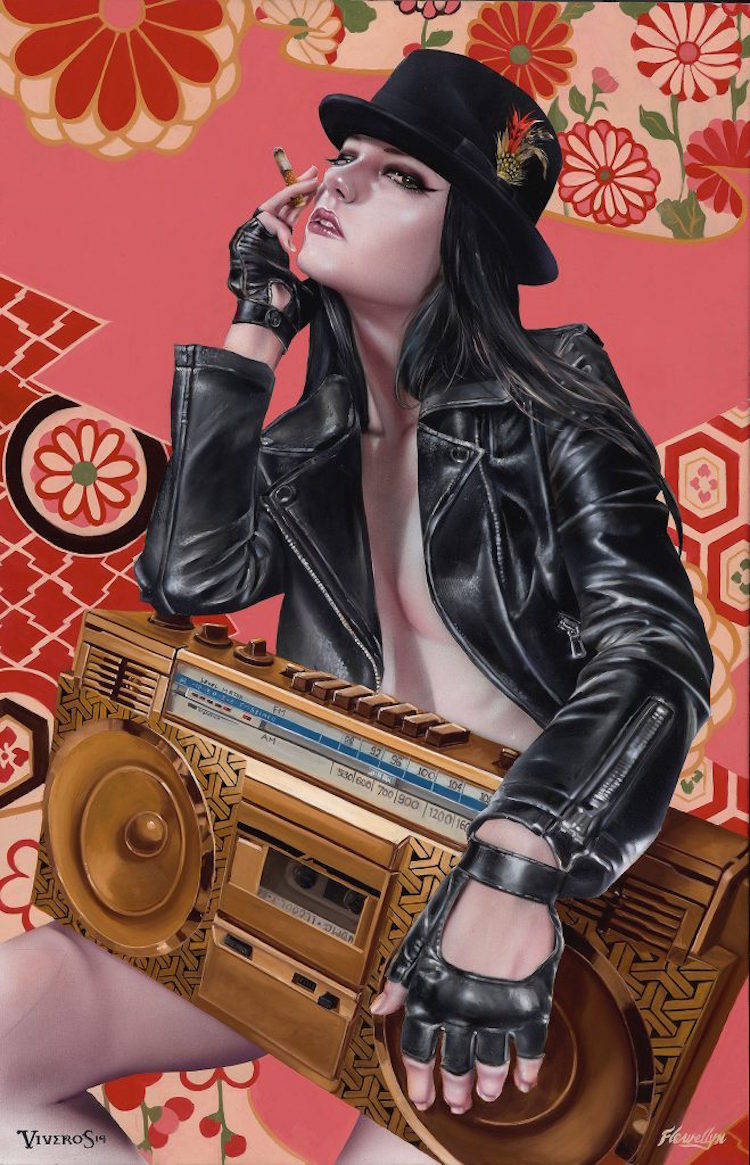 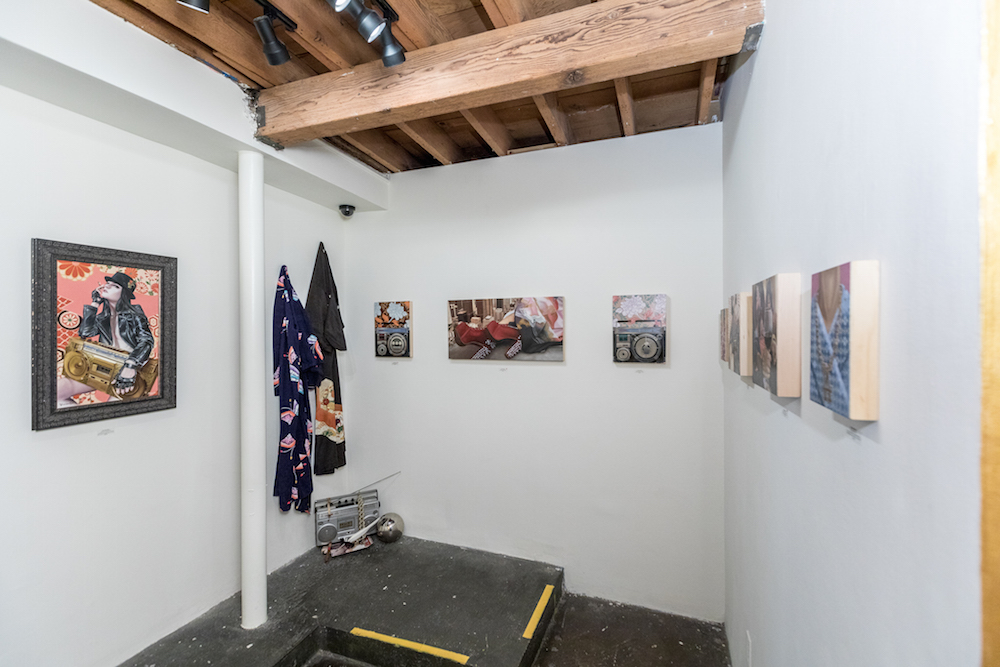 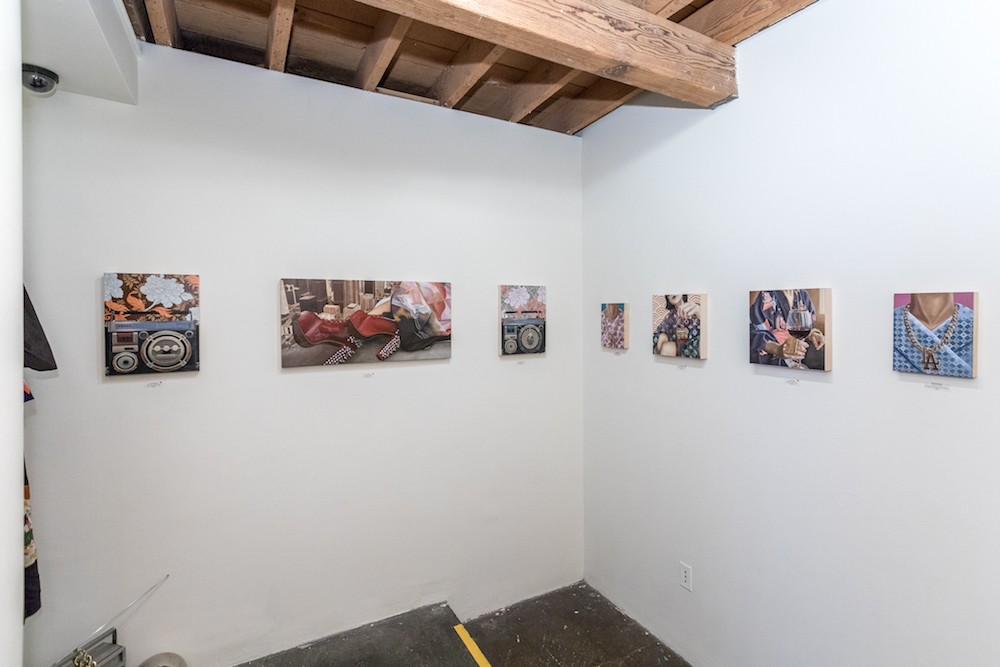 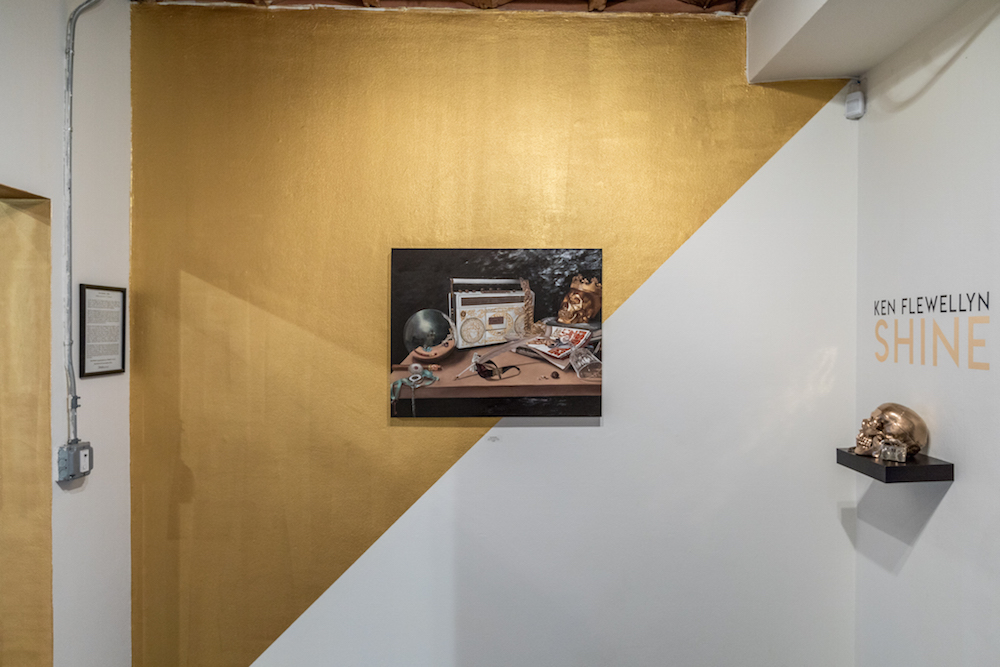 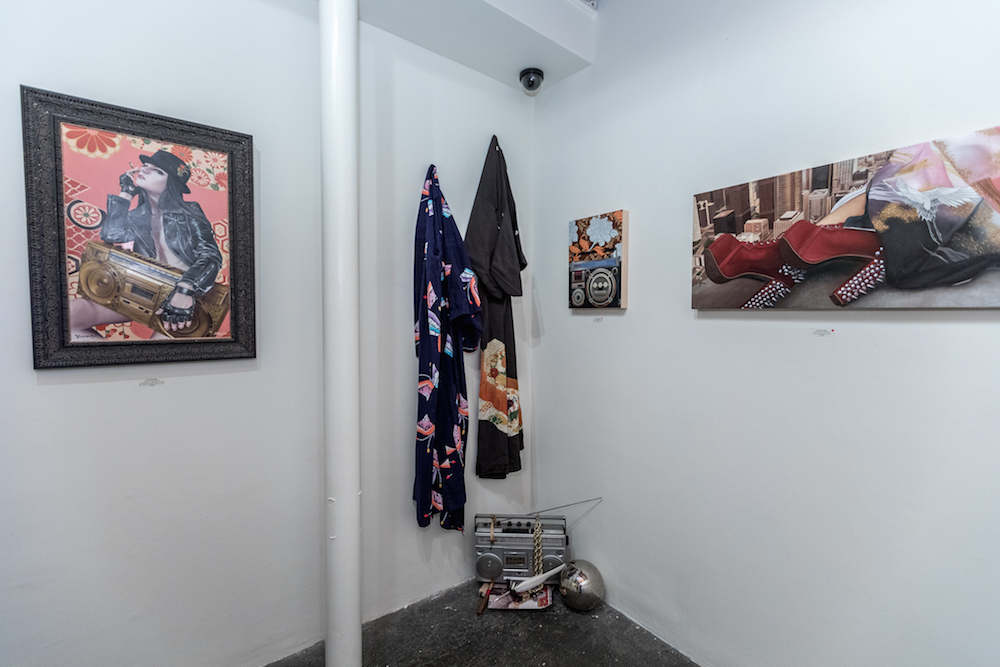 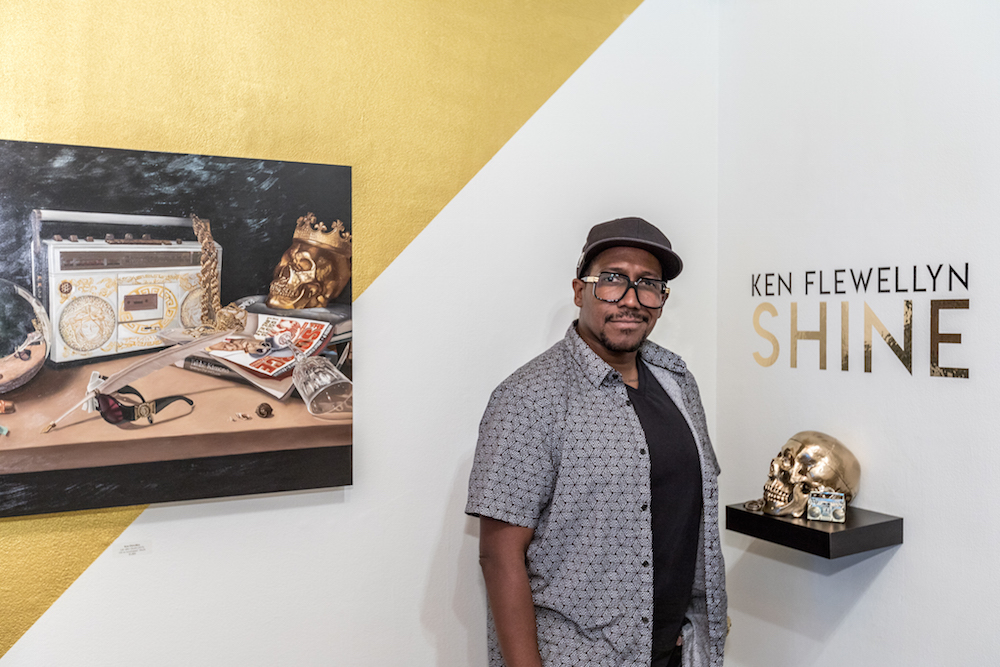 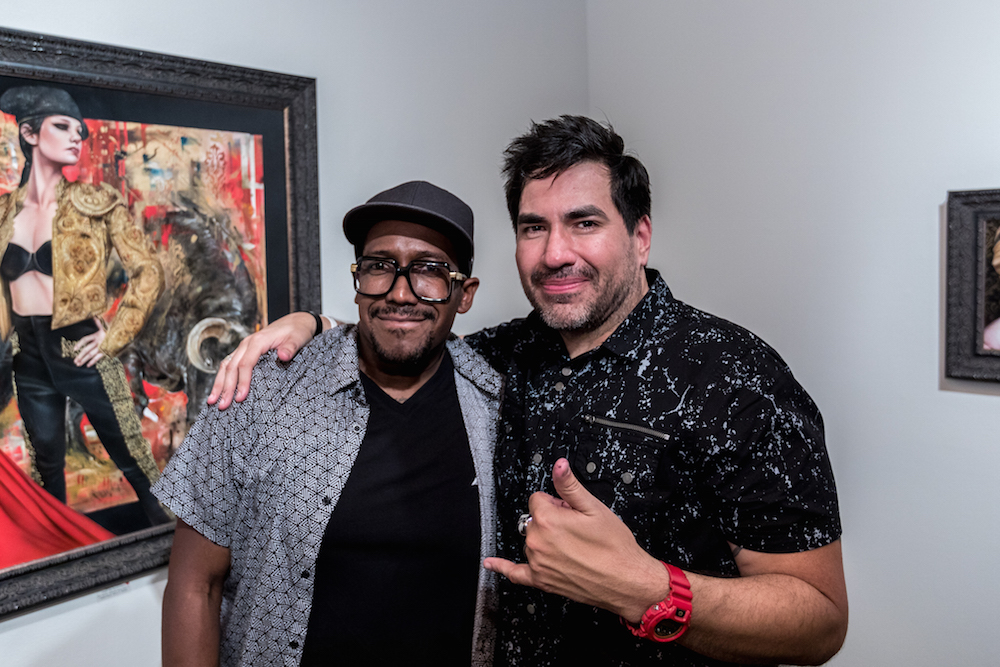 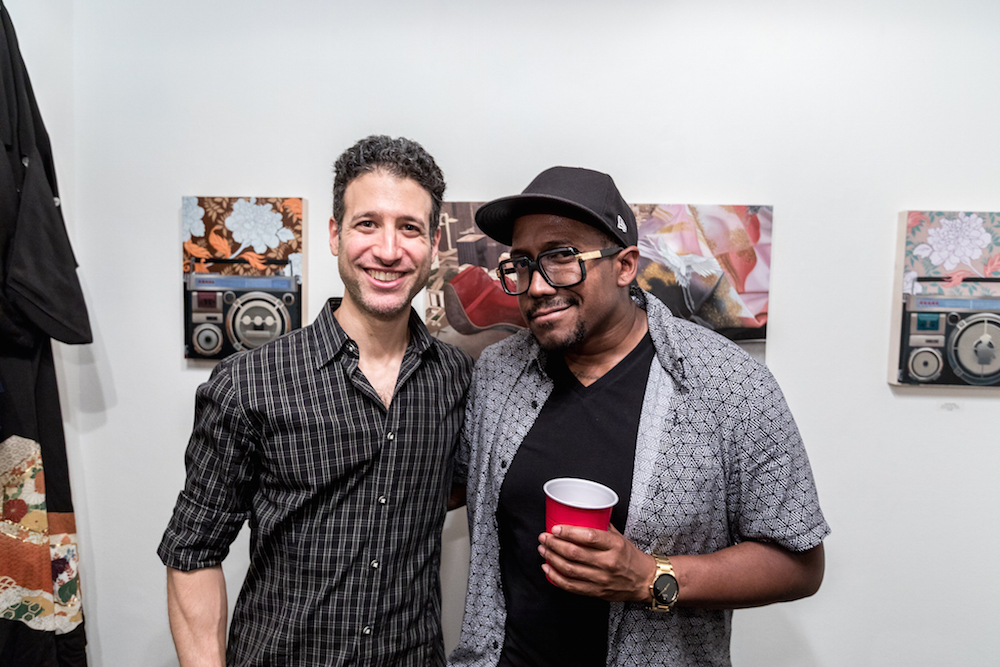 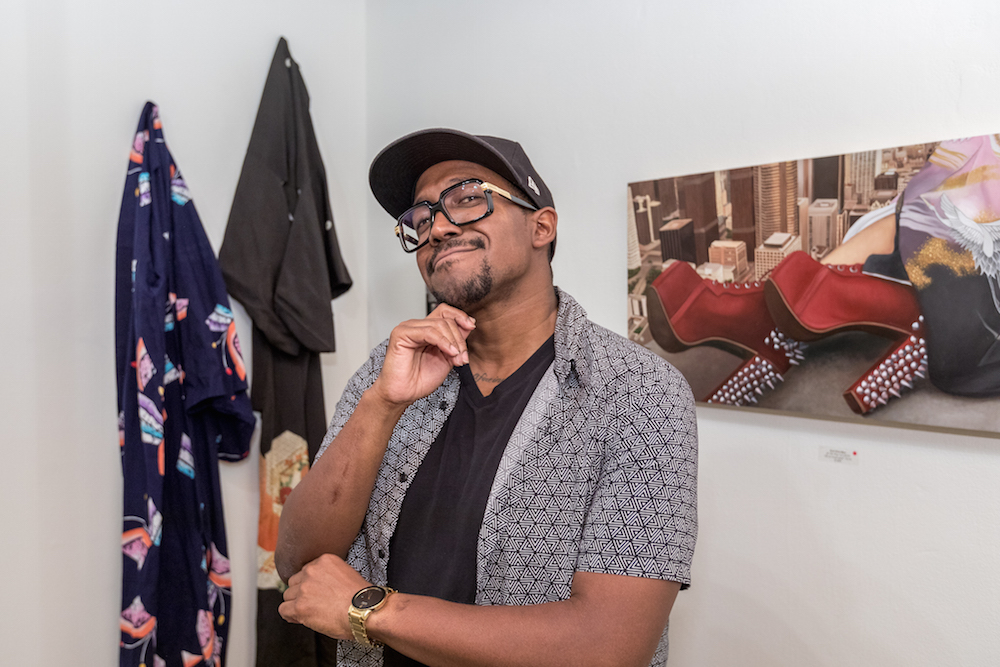 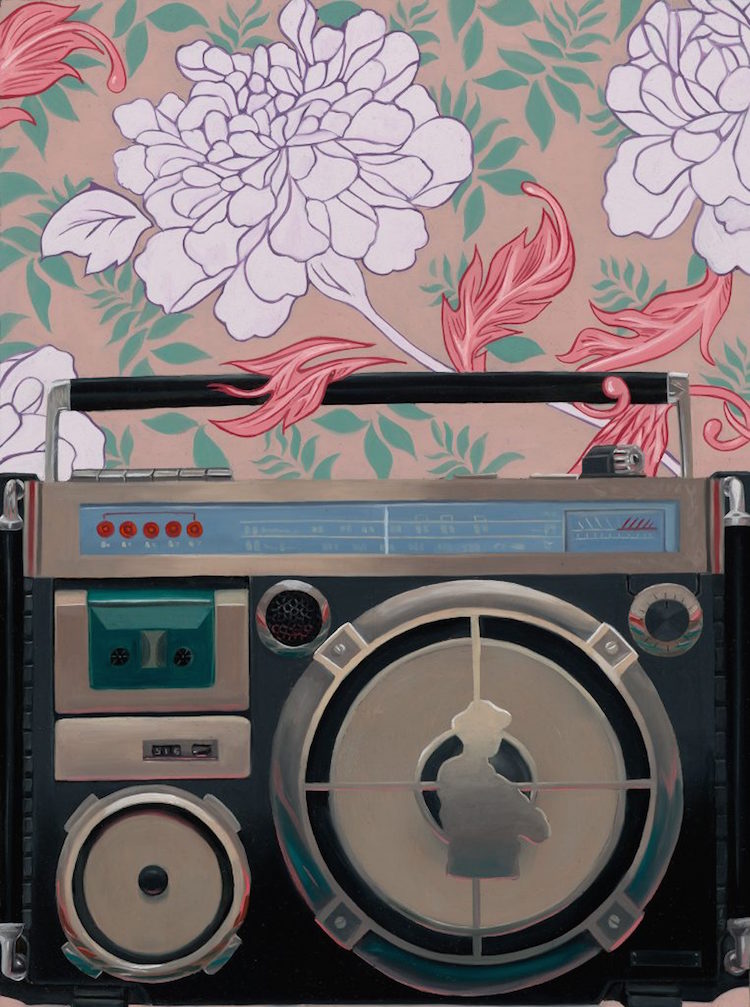 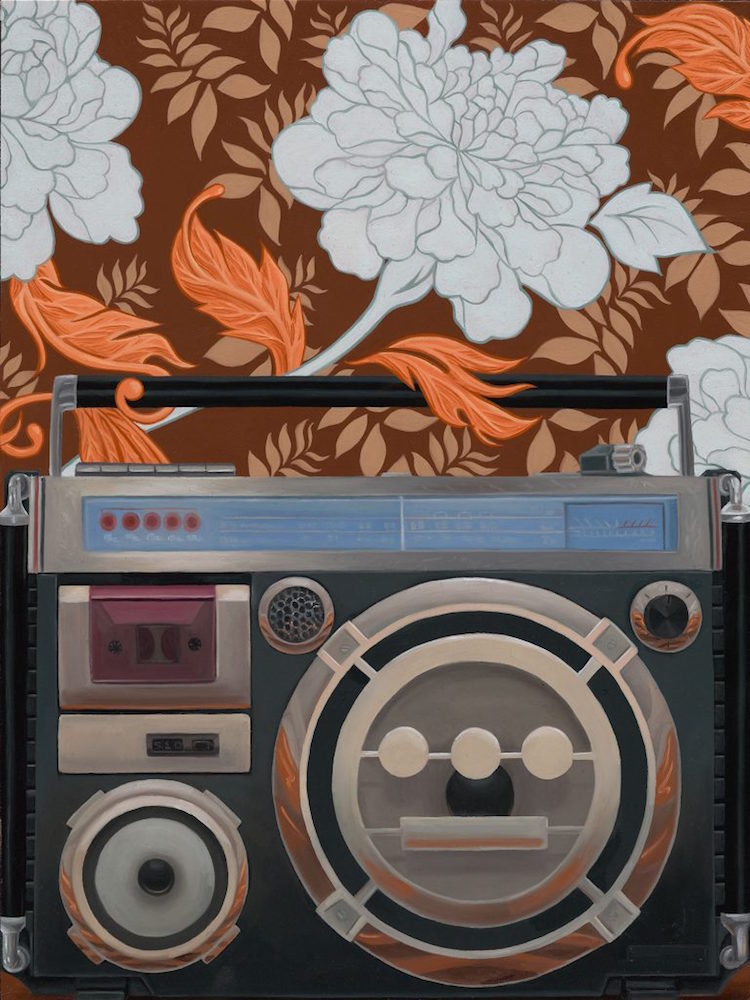 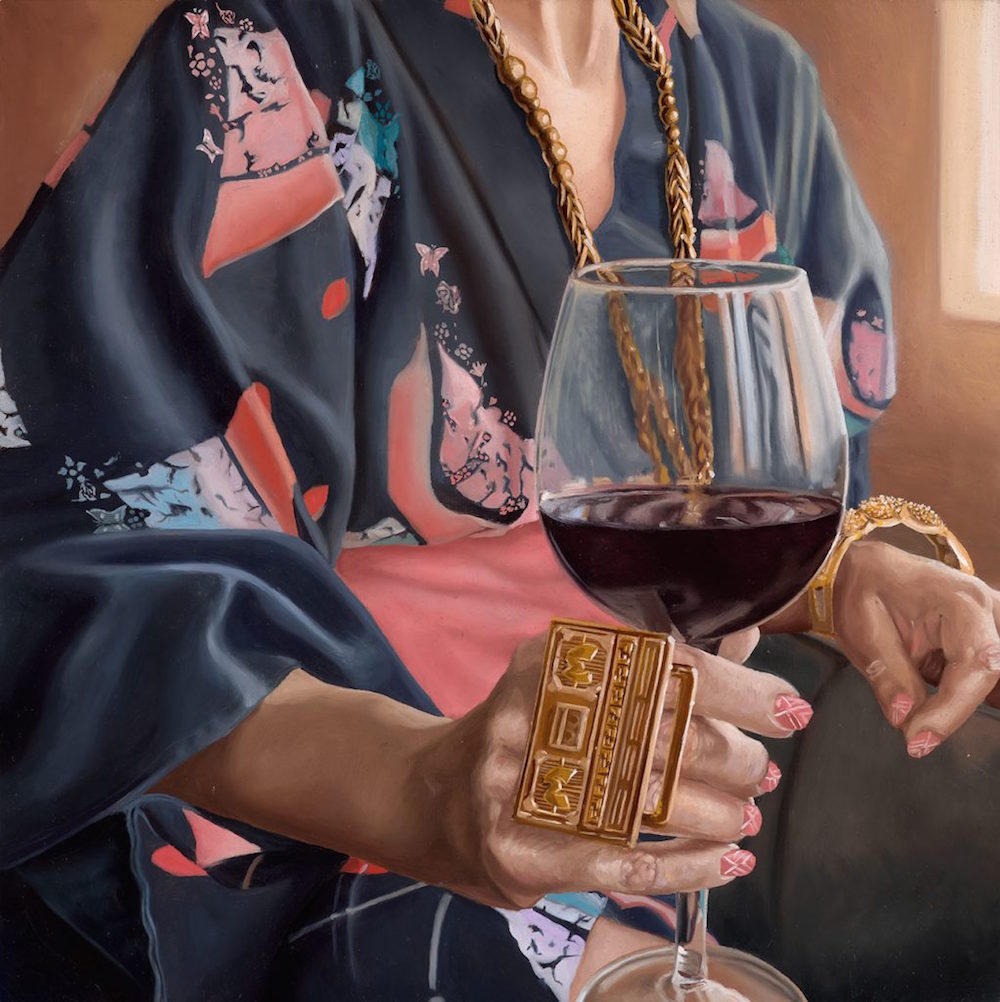 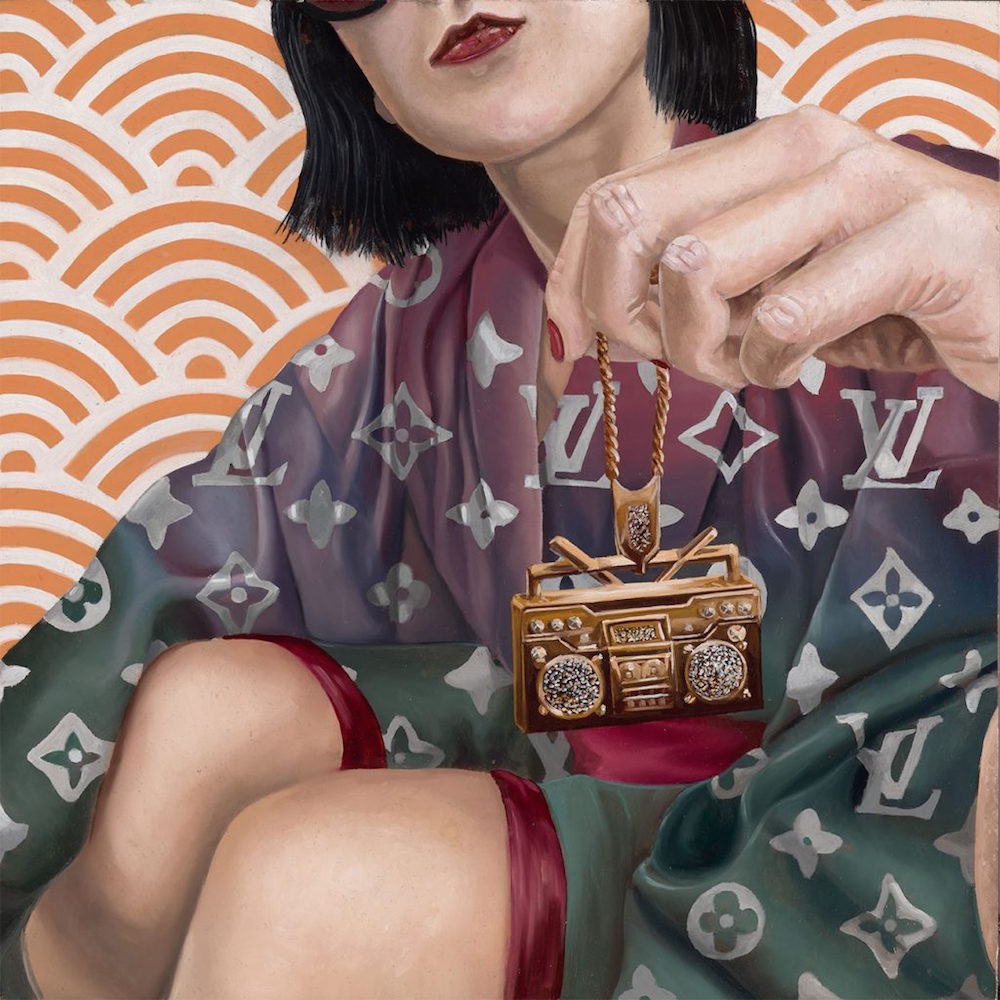 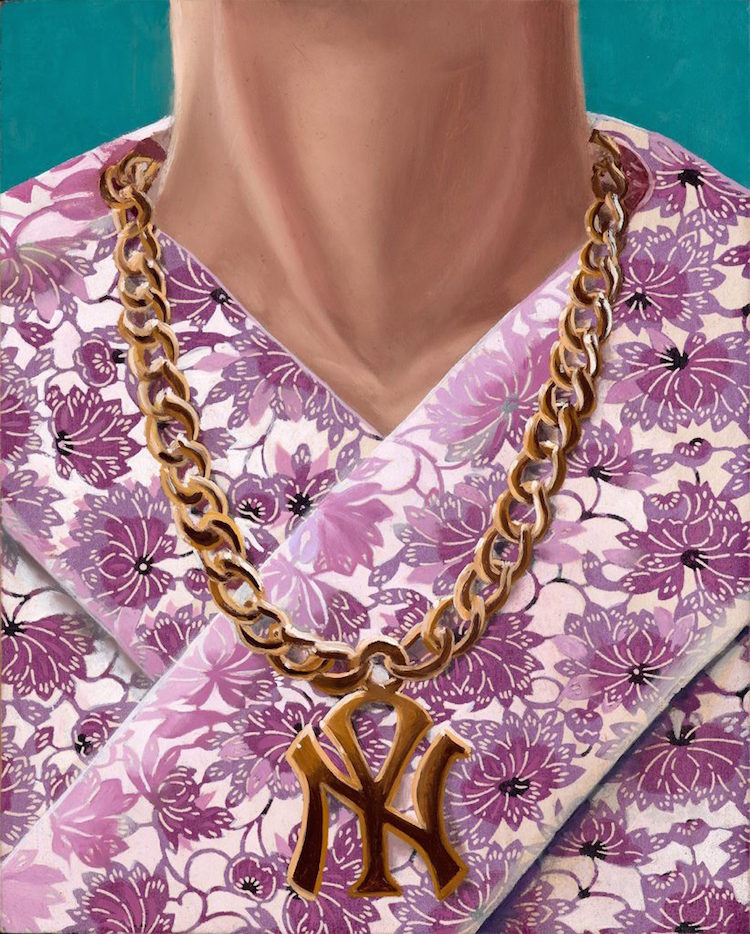 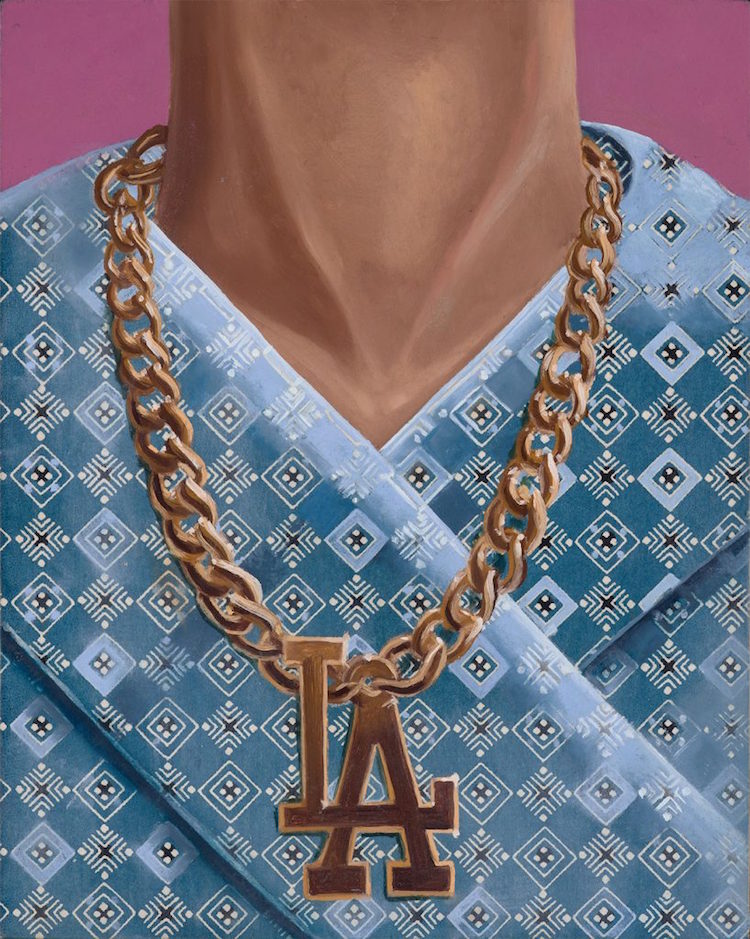 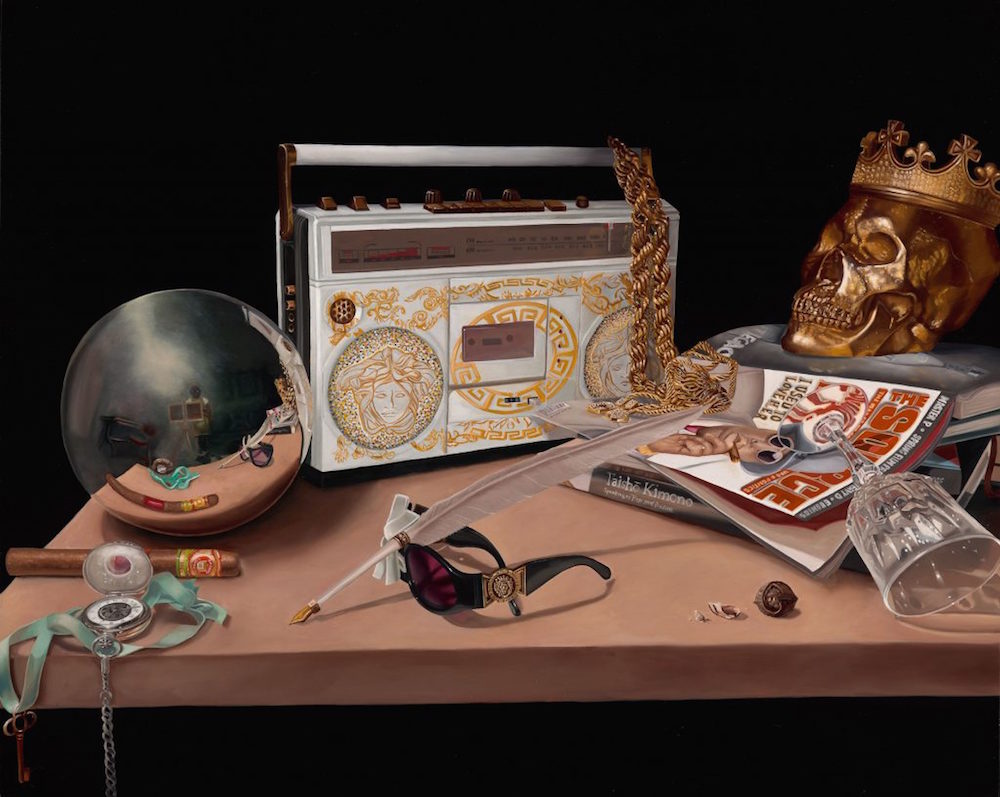 Hip hop influences manifest themselves in interesting ways. Obviously, graffiti and photography tend to lead the way in how we interpret the golden age of hip hop, but more and more, paintings have sprung up that start a conversation about the versatile and widespread culture. Los Angeles painter, Ken Flewllyn, who will have work on view concurrently with Brian Viveros' Tougher Than Leather exhibition, will open Shine in the Thinkspace project room starting this Saturday, October 12. The works are heavily influenced by music culture, but also Japanese aesethetics and pop-culture motifs.

Coming of age during hip hop's golden age in the 1980s, the Los Angeles-based artist has always been inspired by music and its impact on his personal outlook on the world. As a cultural form, hip hop emerged from localized cultures, then evolved into a variegated and international form that would systemically embrace the freedom of appropriation and complexity of multiple voices. Cultural heterogeneity has influenced recurring themes in his imagery and shaped his belief in the positive power of cultural mash-up.

Borrowing motifs and inspiration from Japanese culture and aesthetics (a visual influence in his home since childhood), Flewellyn depicts women in traditional Japanese garb, silks, and kimonos. The subjects, however, remain anonymous, visible only by hands, body, and gestures. Seldom, if ever, are faces or individuals revealed in their entirety. The subject’s identity, as a result, is relayed by the presence of revelatory objects, tattoos, and accessories – external clues that point to something beyond the seen and allow for the aesthetic to prevail over individuation or the distraction of specificity. That being said, Flewellyn depicts real women based on actual people – friends or strangers – anchoring his imagery in reality rather than unrealistic idealizations.

The juxtaposition of formal cultural garb and pop-cultural accouterments keeps the work fascinating. These tightly cropped compositions are always informed by the presence of hip hop imagery, whether in the form of boom boxes, tapes, gold chains or typography. Playful and energized with tactility and detail, they’re both sensual and contemporary – solemn and light. Each painting featured in Shine is adorned with the sumptuousness of gold and includes hidden Hip Hop references to its golden age throughout, all as an ode to the genre that has never lost its shine.