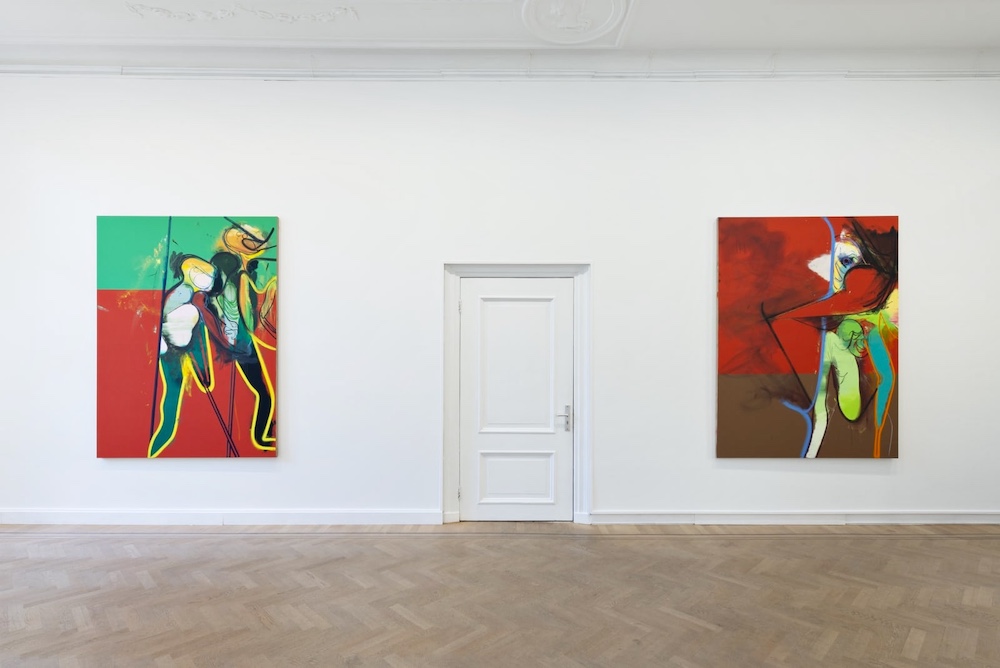 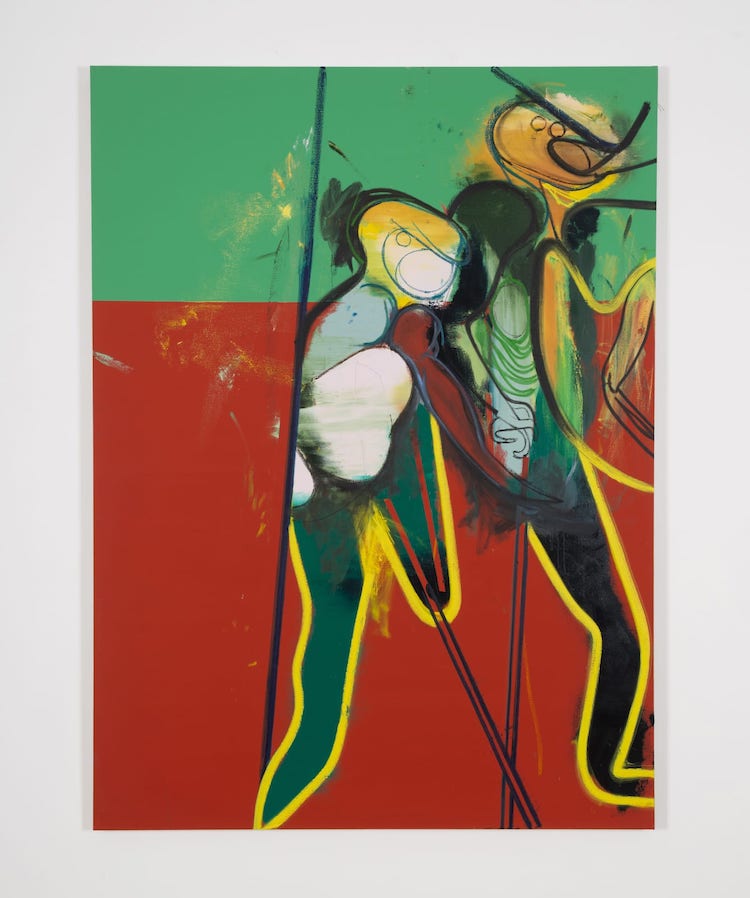 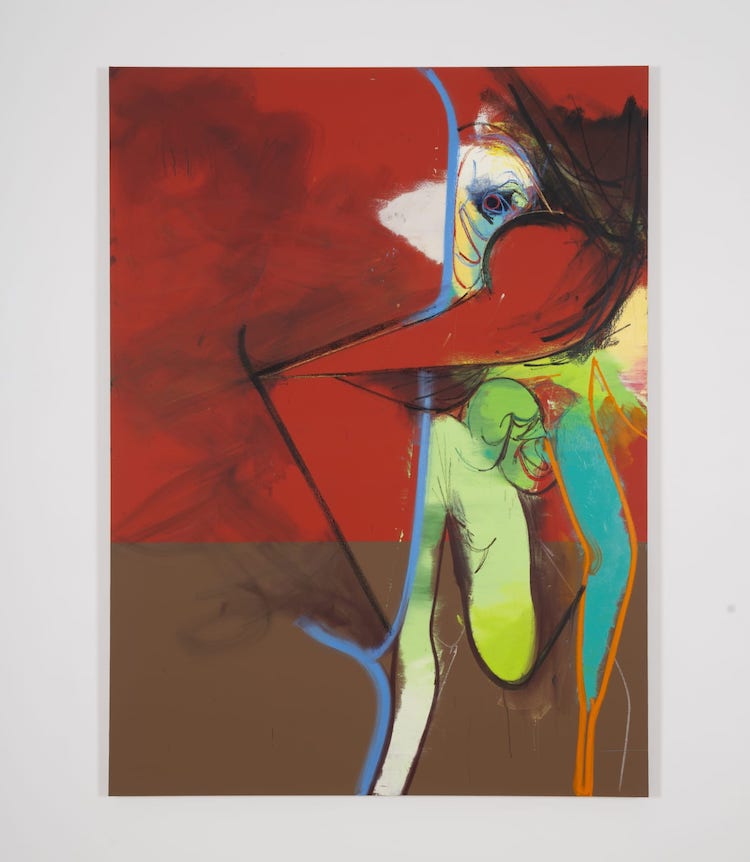 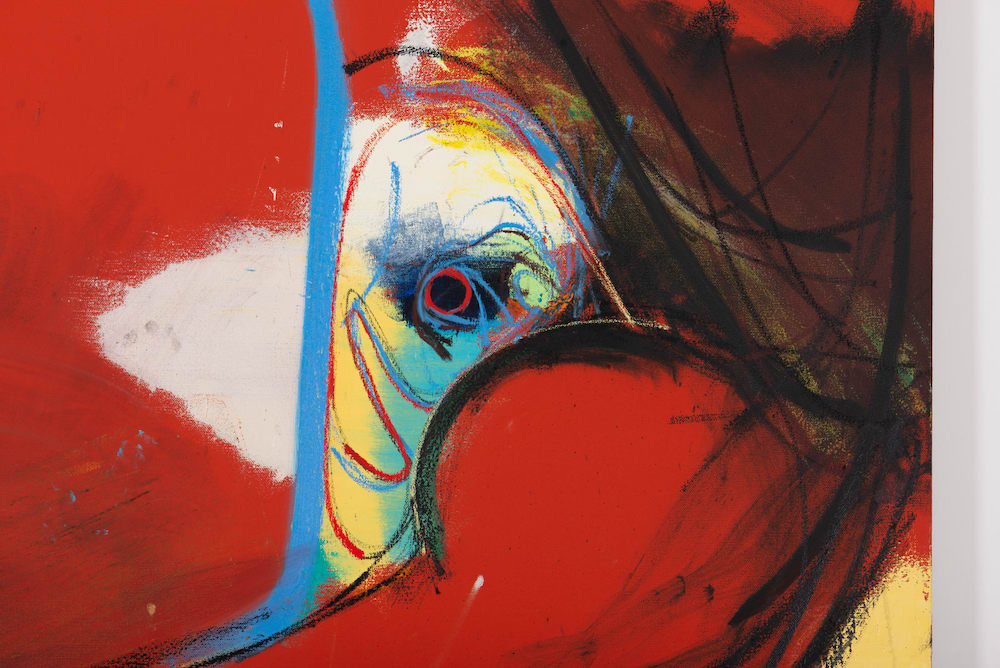 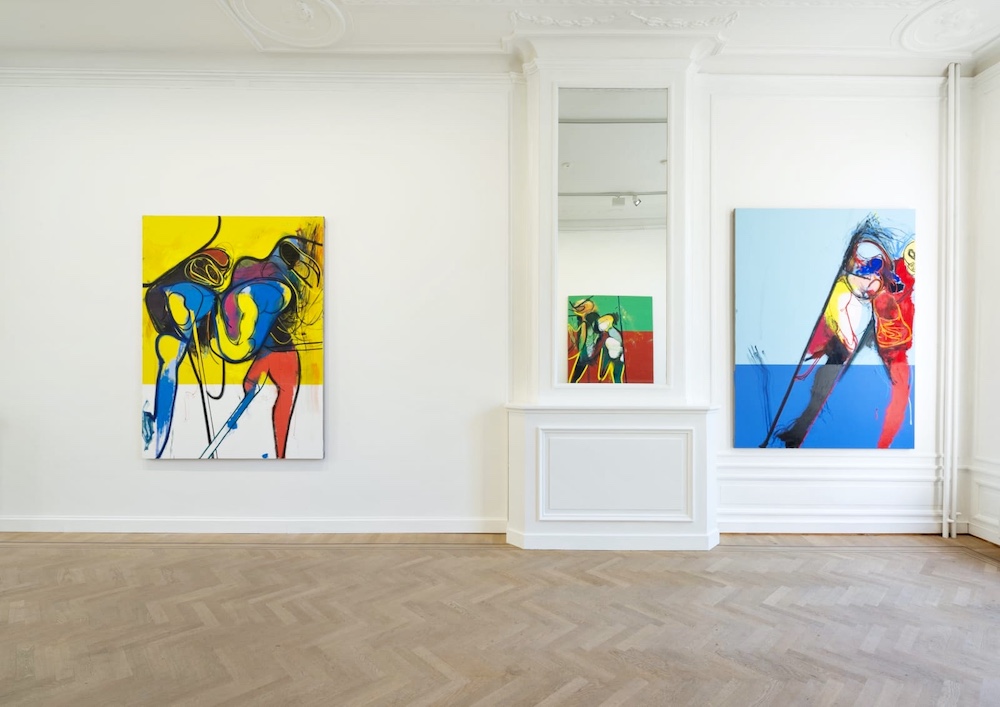 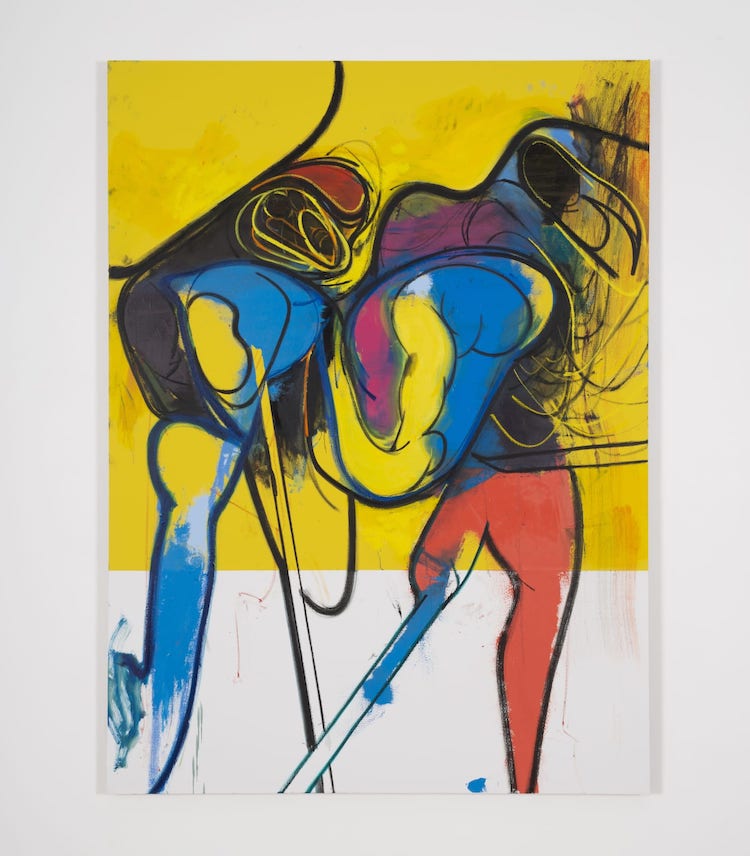 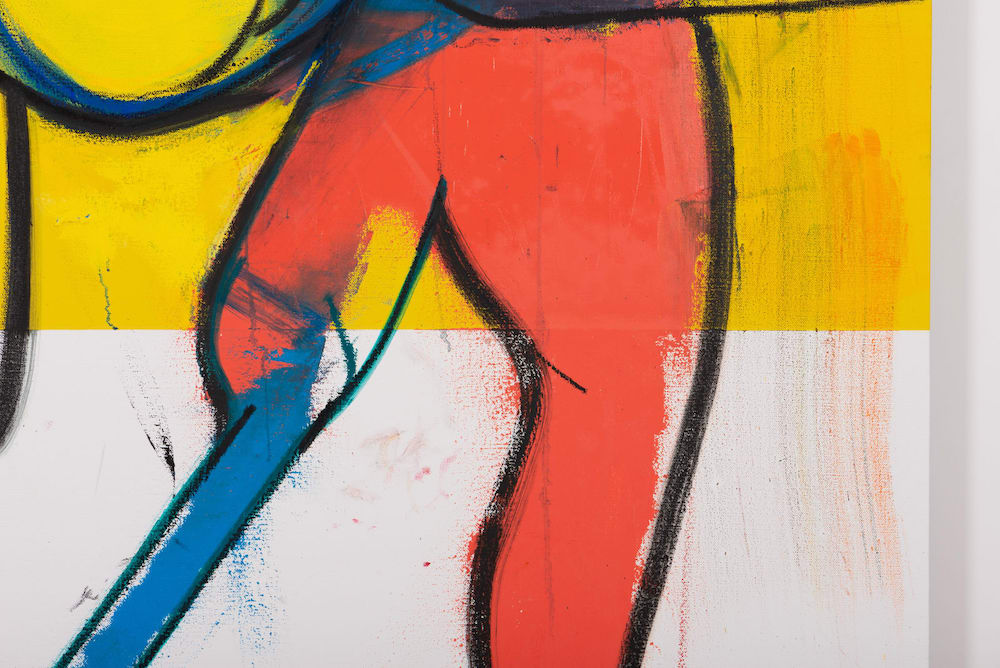 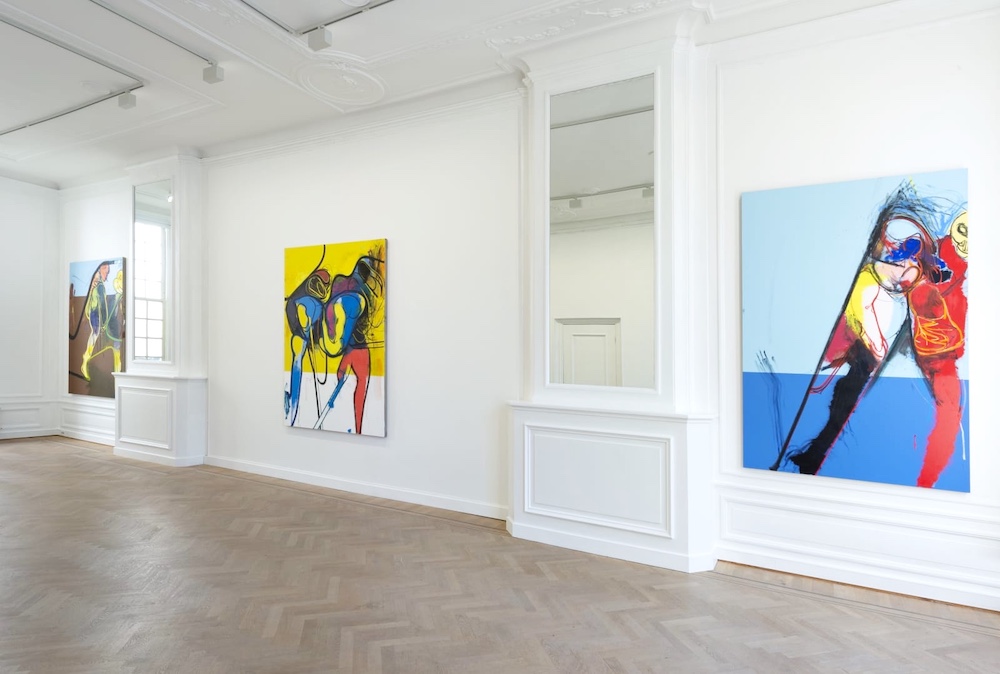 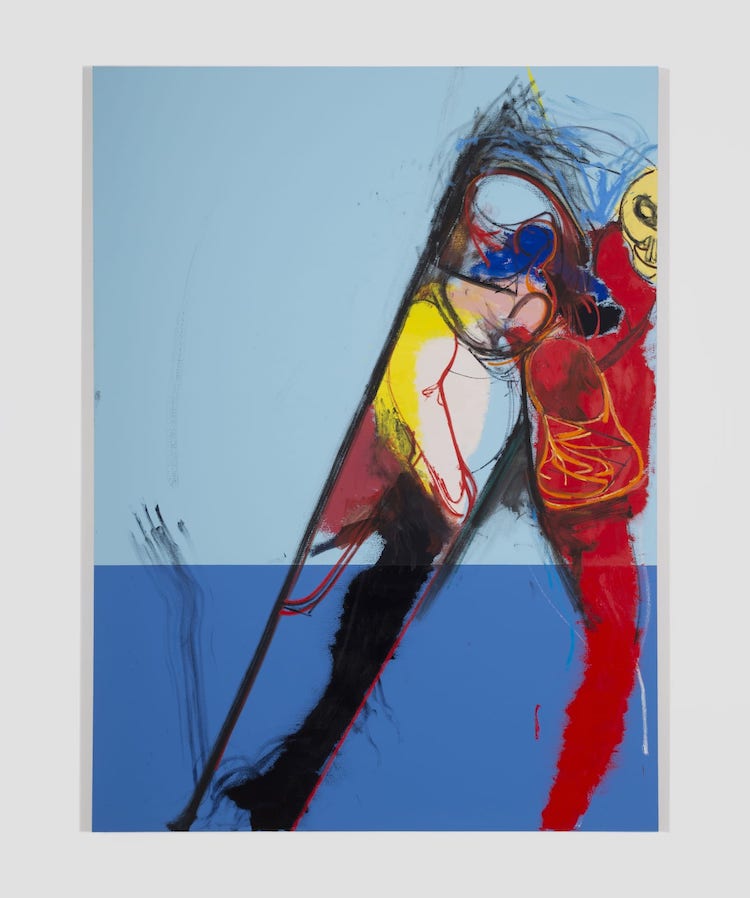 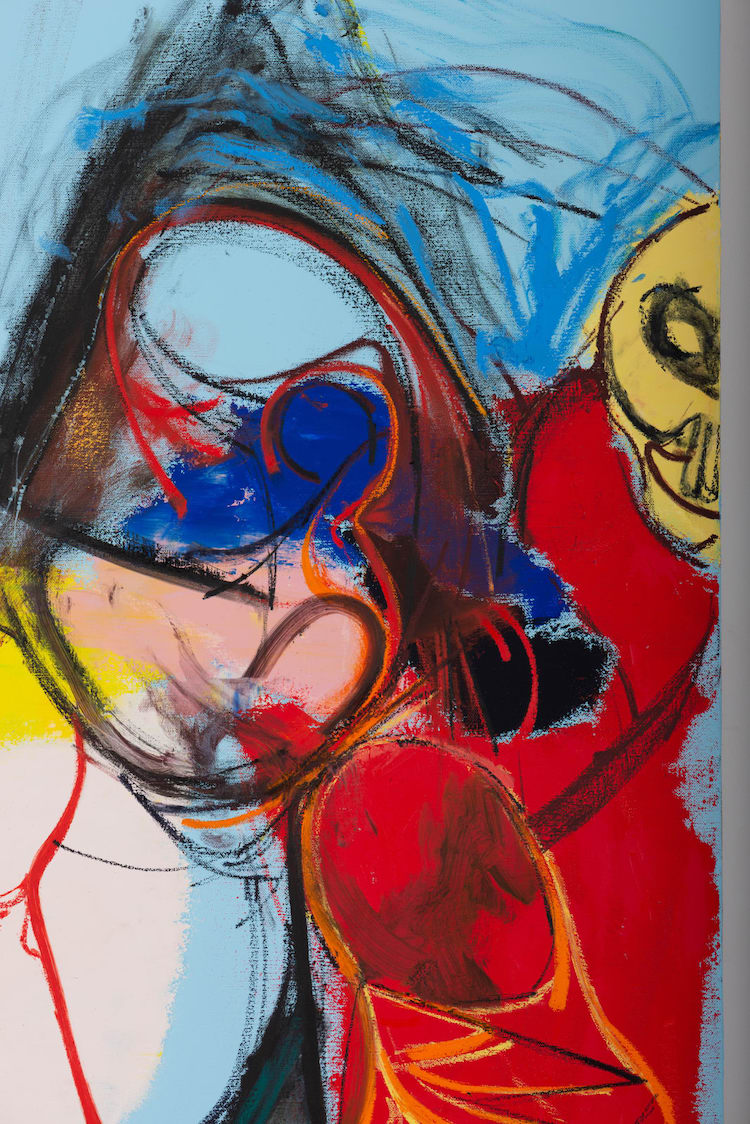 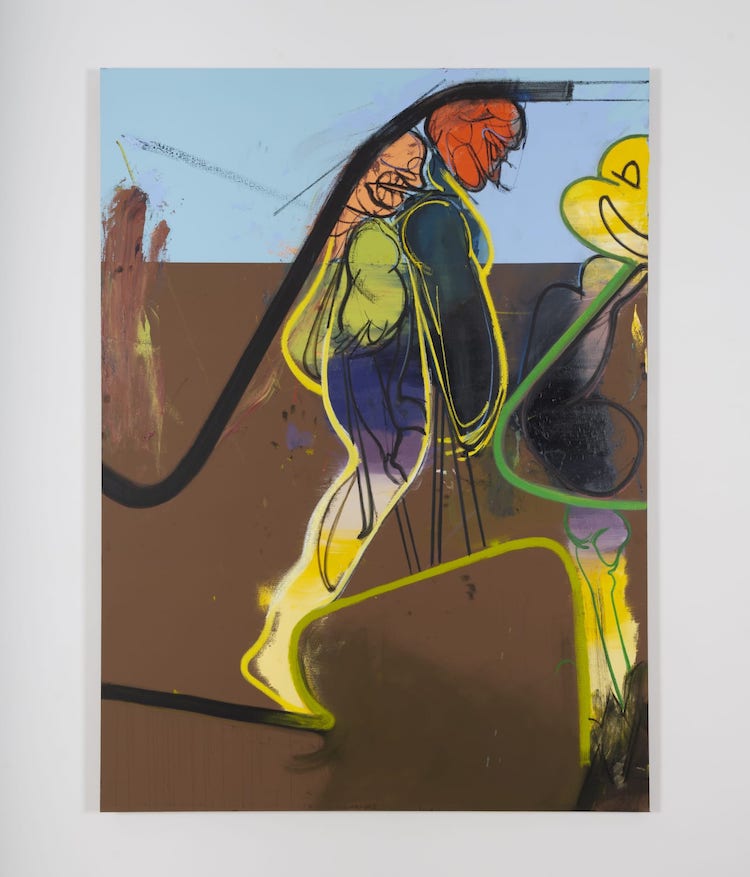 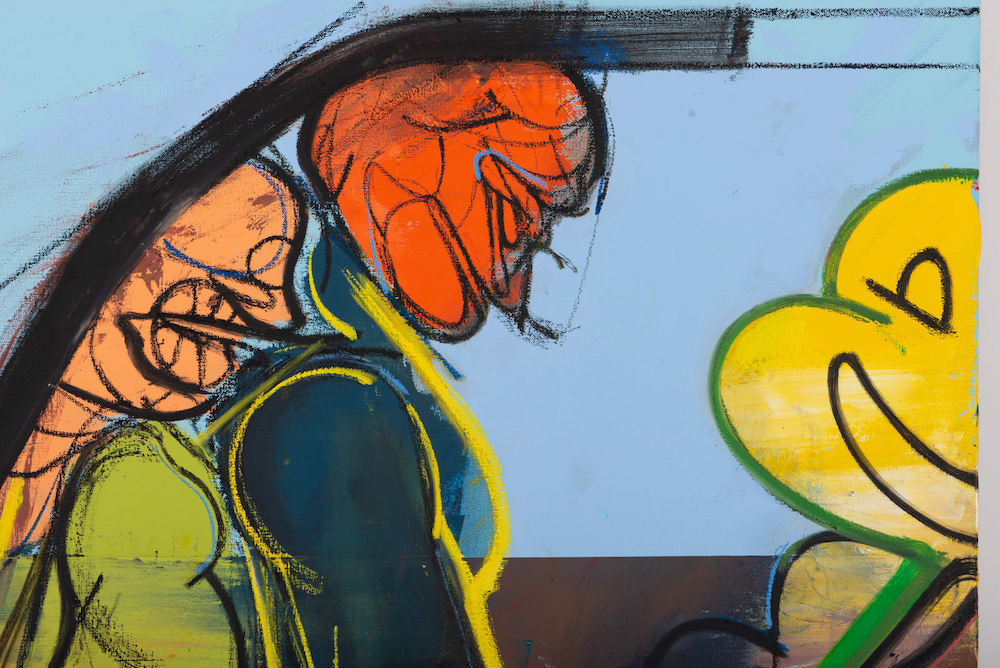 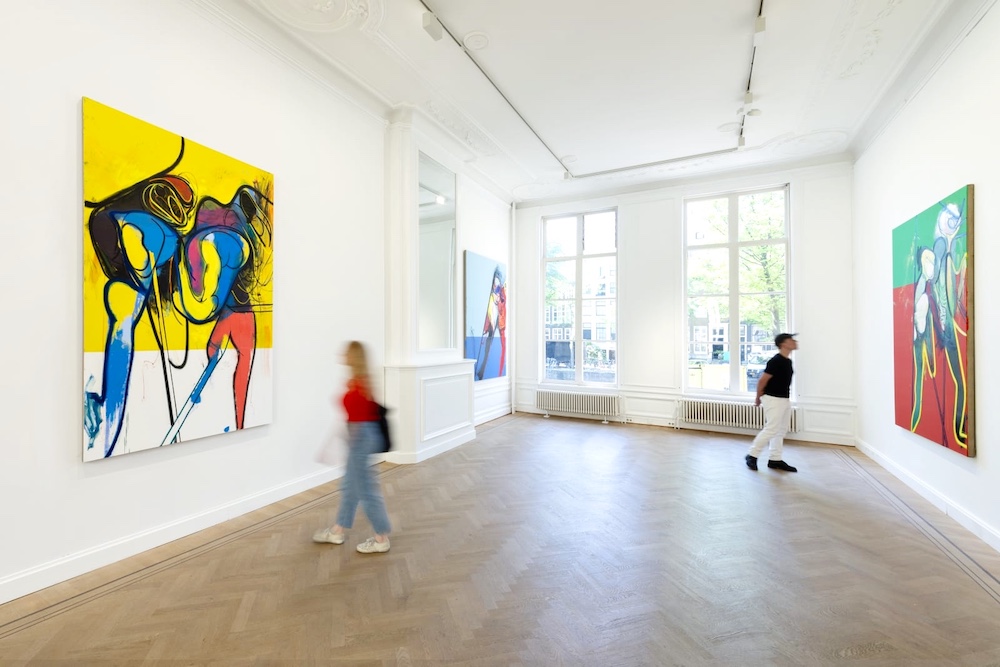 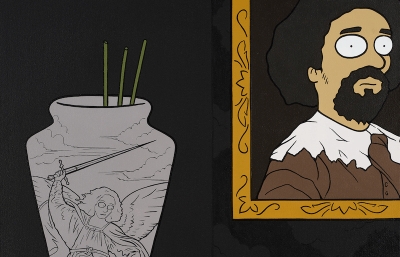 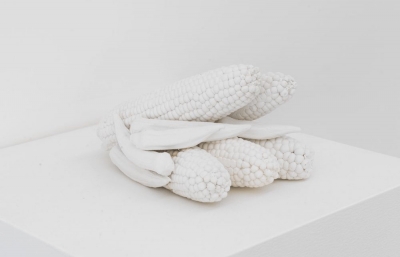 "Creativity is for designers, for people that want to sell a product or a lifestyle, and art is not," Daniel Richter told Juxtapoz when we spoke at the opening of his latest solo show which is closing tomorrow at Grimm gallery in Amsterdam. "Art is about an attitude towards living, or experiments, or the idea of being against it, or about offering something new." And such an attitude about art-making comes to the forefront in five large-scale oils on canvas comprising Shellshock, confirming the artist's view that "the dichotomy between abstract and figurative painting is a constructed fiction, since the formal problems of color and composition remain constant."

Over the past decades of his artistic practice, Richter has been staying true to this idea of "offering something new" by continuously making significant stylistic turns. Regularly responding to the atmosphere and the state of the world around him, the artist started off in the 90s with non-narrative abstract paintings, but had switched to heavily narrated imagery in the 2000s. From there he took another (publicly unseen) step back to abstraction, which eventually led to the body of work he has been developing to this date. Cornered by the lack of intelligible decisions in terms of narration, the Berlin-based artist constructed some technical guidelines and started exploring the compositional and technical aspect of his work. This resulted in striking visuals which are simultaneously abstract and figurative, calculated and expressive, composed and chaotic, static and dynamic. "When you look at it with peripheral vision, you just reduce them to blurry images of bodies," the artist told us about the way they are relating to his previous bodies of work. "And they obviously always turn to something that is somewhere between strangling violence and sexuality." All stemming from one singular image, a postcard of two German war prisoners with one leg missing, it is the shape of the leg that became the singular recognizable element that navigates such anatomization of these paintings.

This unique ability to "synthesize art history, mass media, politics, sex, and contemporary culture into ever-changing pictorial worlds" has resulted in the body of works which Richter is still eagerly exploring. Forcing himself to approach the work in a way that isn't natural to him, he is setting in motion technical solutions that likely wouldn't surface otherwise. Mixing straight lines, expressive gestures, and sections of solid, hyper-vibrant hues along with thick layers of paint smeared with butter knife or bare hands, creates a sense of dynamics in otherwise fairly static prospects. And the term "prospect" is exceptionally fitting with these particular paintings as the artist constructed a sense of horizon in his minimalist, bold background by dividing the whole canvas into two color sections. Additionally, it's these uncompromising color choices and the selection of most vibrant hues that create an electrifying atmosphere of works that therefore suggest the action of pushing, pulling, and carrying an unidentified weight. "When I look at work of, let's say the last five or six years, I can see evolution. I see certain steps and changes, and also maybe ways that I should have taken it, or wish that I took. And it's satisfying to see that it's a movement, that some things got maybe worse or maybe they got better, but they got more clear," the artist told us, in a way explaining the somwhat more tamed feel of this body of work in comparison with his last show in Amsterdam in 2018. —Sasha Bogojev