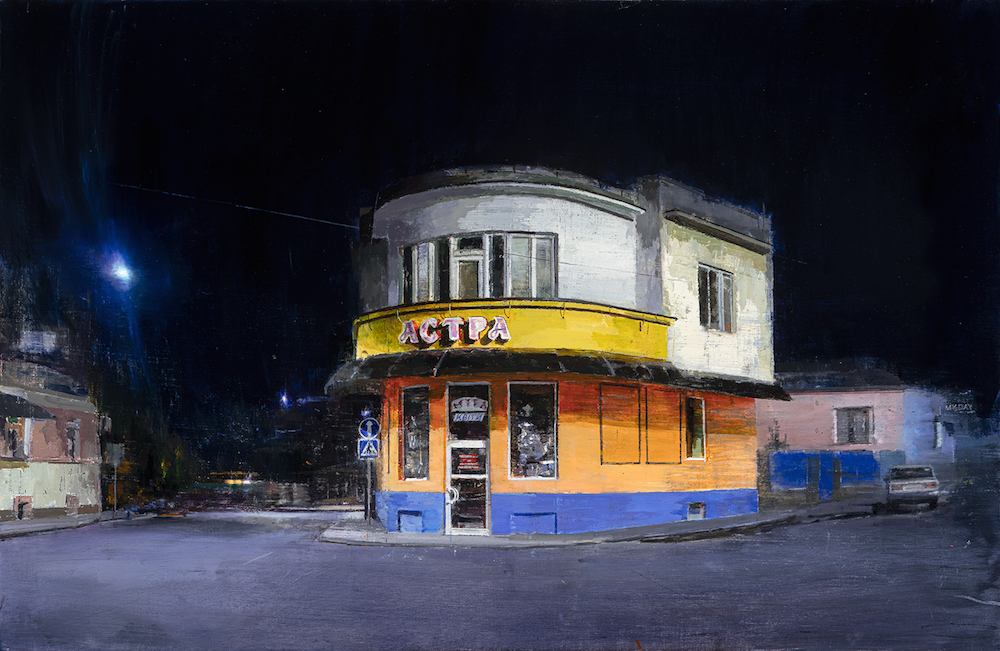 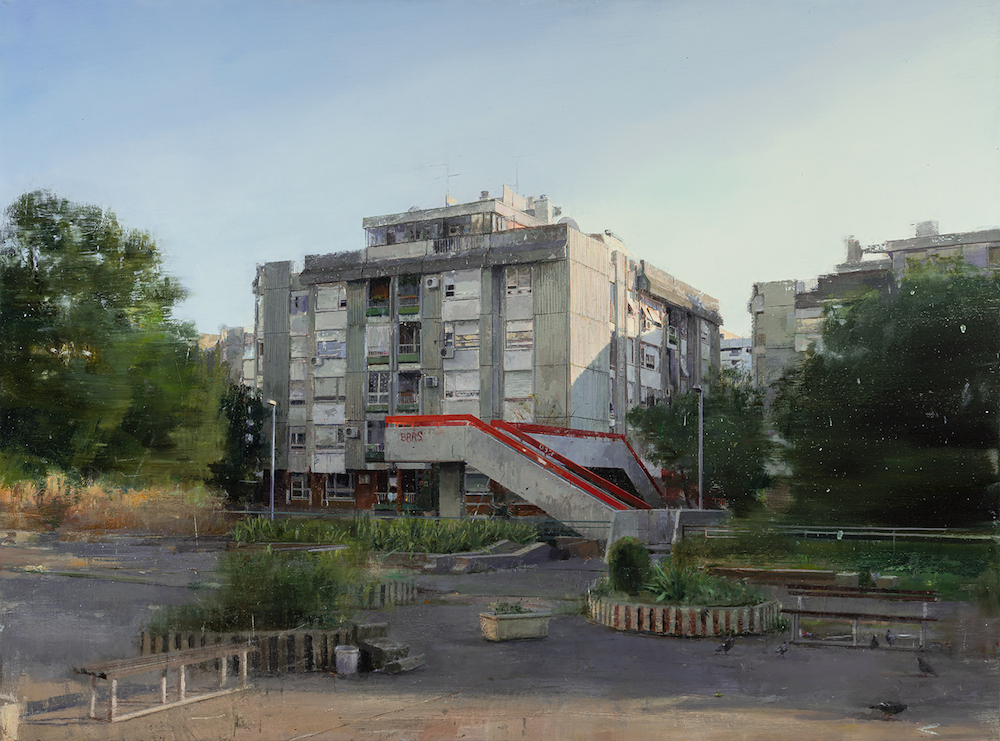 One year since his last solo showcase in Italy, and three years since his last solo presentation in his homeland, Sebas Velasco will open a very special exhibition at the historic Consulado del Mar building in Burgos. For the first major showcase in his hometown, the young Spanish painter prepared a new body of work titled States of Transition that explores the urban environment of transitional countries in Eastern Europe.

Recently, it seems that Velasco has enthusiastically embraced the role of documentarian as he creates work that portrays the specific aura of a region. Focusing on the relationship between past and present day, he documents the slowly decaying blocks of residential apartments and locally-recognized cars, as well as a wide range of obscure logotypes and signage. Especially interested in the play of light and deteriorating surfaces, Velasco composes scenes built around the mesmerizing glow of flickering light. He uses light as a metaphor for human presence, rarely including recognizable persons, except when working from documentary photographs or accenting the monumental feel of urban surroundings. 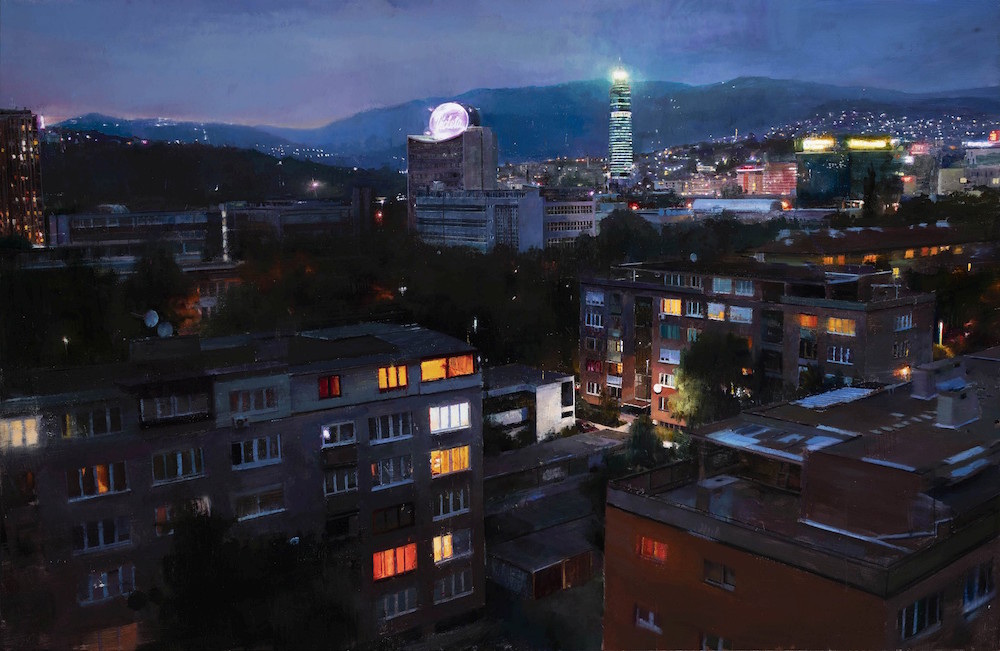 For this exhibition, Velasco prepared two distinct bodies of work–a series of black and white graphite on paper drawings and oil on wood/canvas paintings, based exclusively on old photographs. Additionally, the artist painted a series of atmospheric oils which portray authentic sights from his travels. Though heavily influenced by night scenery, the presentation features daylight images that focus on the interaction of shadows and light as they accent architectural structures, from residential areas to forlorn concrete landscapes.

Although these regions are arguably best known for their turbulent past, often imbued with bloody conflicts, Velasco consciously maintains neutrality. Avoiding sides while trying to narrate the history, Velasco strives to capture the processes that led to the current state, driven by his avid curiosity. Driven by a genuine, inexplicable interest in the socio-political and cultural traditions of the region, Velasco draws parallels between his imagery and the lyrics of local bands, which he often borrows for titles of the work. –Sasha Bogojev 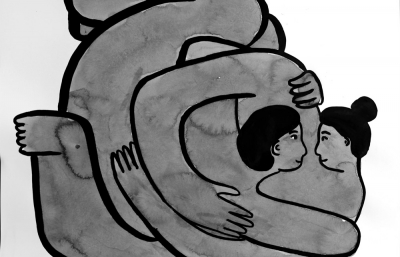