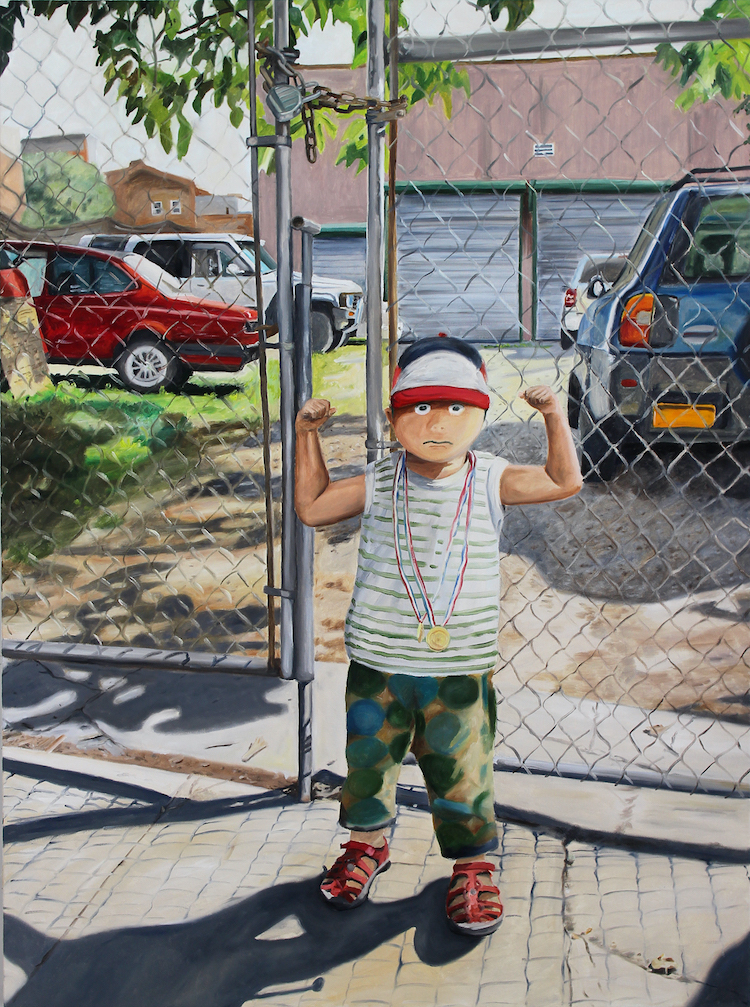 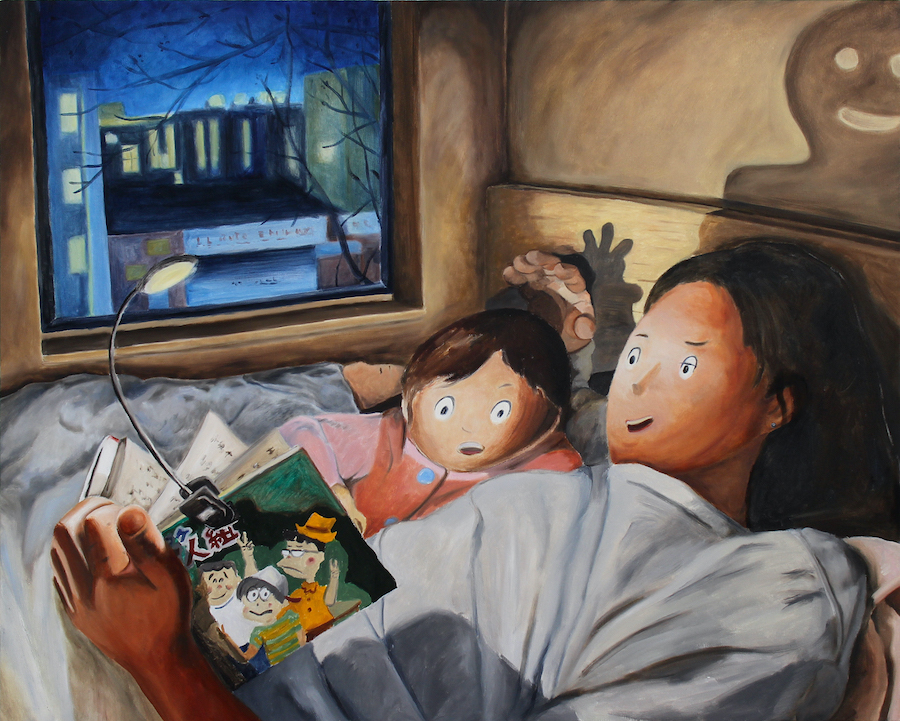 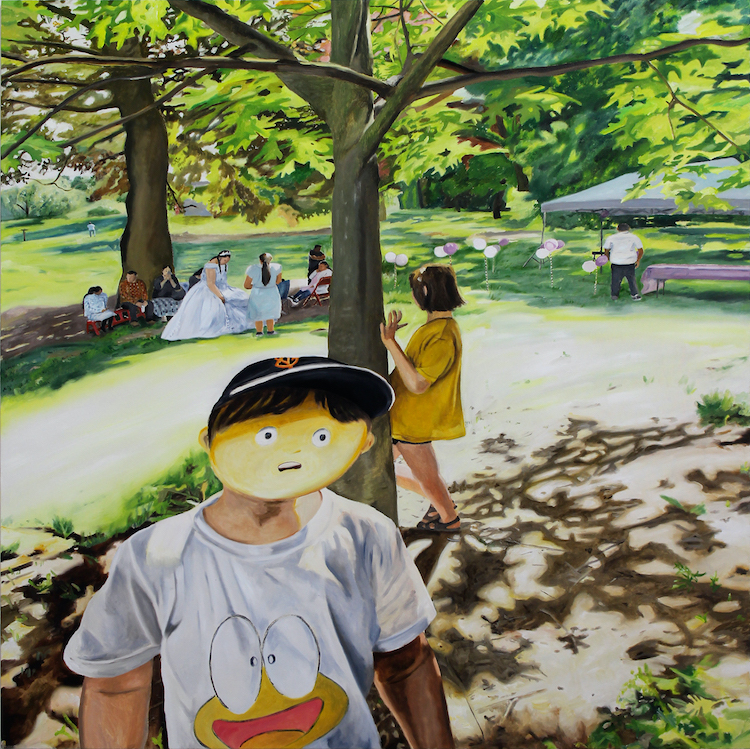 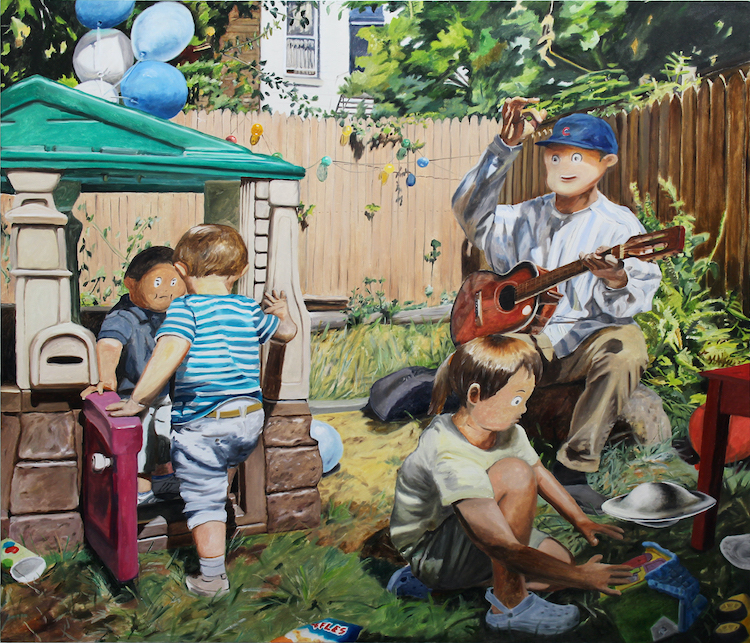 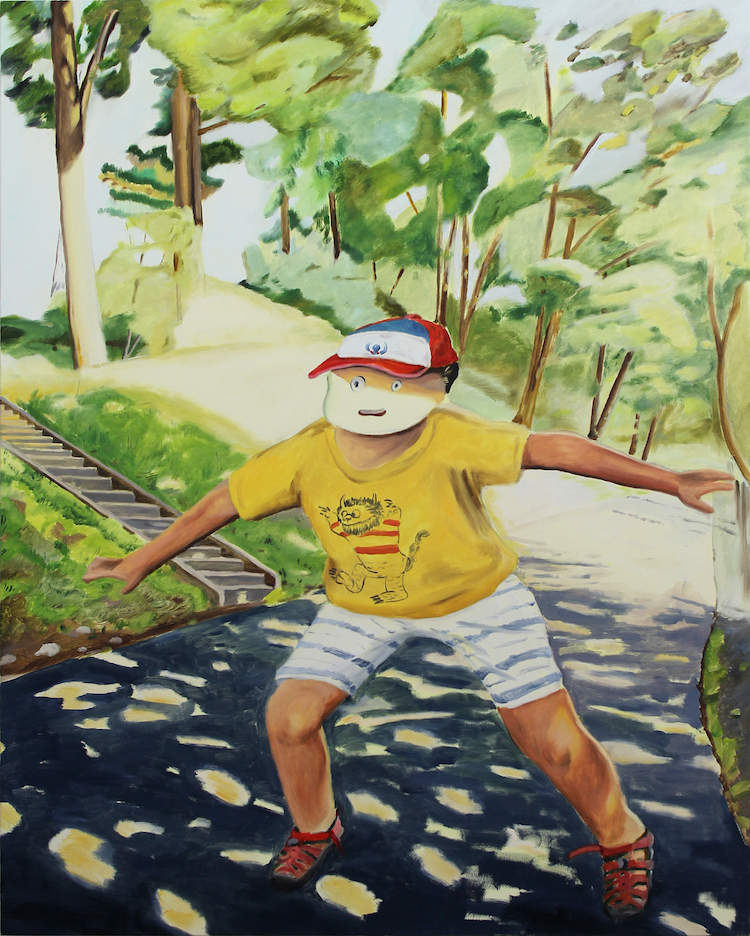 The last time we caught up with Hiroya Kurata was in April last year during our Art in Uncertain Times series when the artist and his family moved to Florida during the first wave of the pandemic. Japanese-born and NY-based artist sent us an honest and uncensored report about his life at the time, sharing with us both photos and thoughts about his private family life, and the little that was left of his artistic practice. Oddly enough, almost a year and a half later, he is about to open a solo exhibition at Over The Influence in Hong Kong, which is revolving about the same idea - documenting the strange life dynamics we've all occurred in the past year and a half.

We first featured Kurata back in 2012, when his work was frequently experimenting with forms, patterns, colors, and objects. Ten years later, he can be described almost as a realist painter, as his work now depicts snapshots of everyday life, seen through a personalized cartoon/comic/anime lens. After including elements of surrealism and just plain weirdness in the recent past, the new body of paintings comprising Rudy is capturing real-life moments, in a somewhat expressive manner with only his protagonists having odd, cartoon-like faces and expressions. References the song A Message to you Rudy by The Specials the works in this presentation, like the song, are symbols of hope and maintain strength through the nuances of life.

On view from 21 August to 2 October 2021 in Hong Kong, Rudy acts as a visual diary for Kurata, who depicts these snapshot moments spent with his family and kids in the city during the pandemic year. Similar to the aforementioned report he sent us, these visuals depict moments of seemingly normal life, while simplified faces evoke a sense of precariousness. With skewed perspectives, accent on personally significant details such as clothing, toys, books, and locations, the presentation is functioning both as photographic documentation and a portrayal of memories, capturing the factuality of the moments lived while suggesting the emotions and atmosphere around it. —Sasha Bogojev