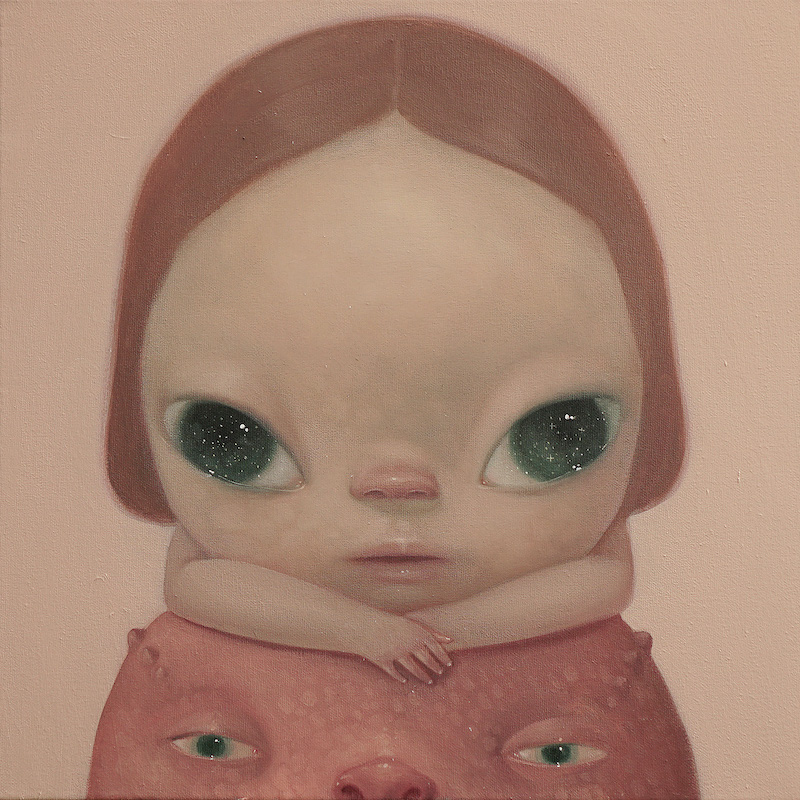 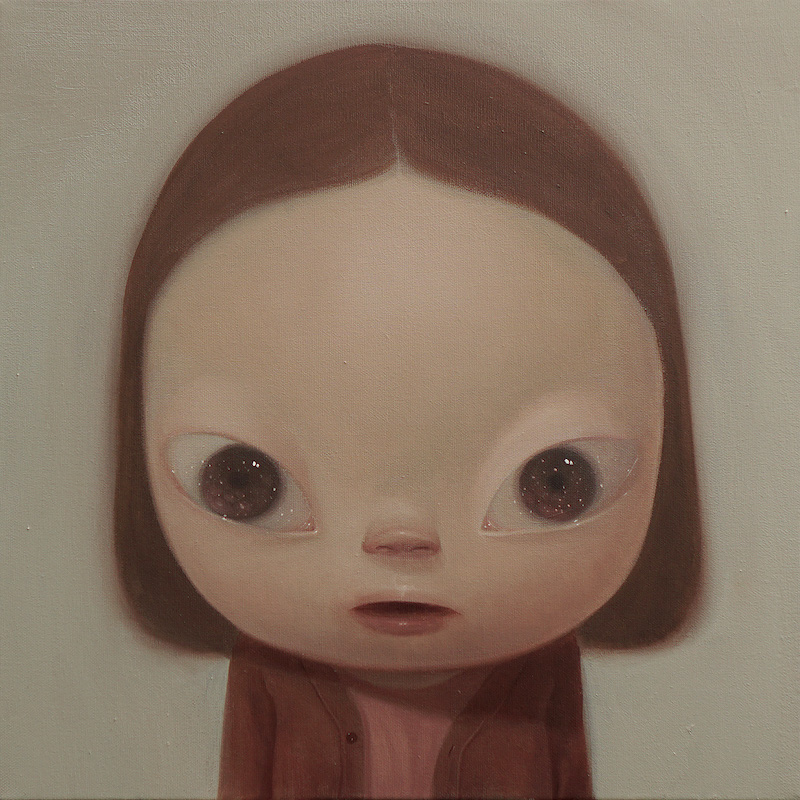 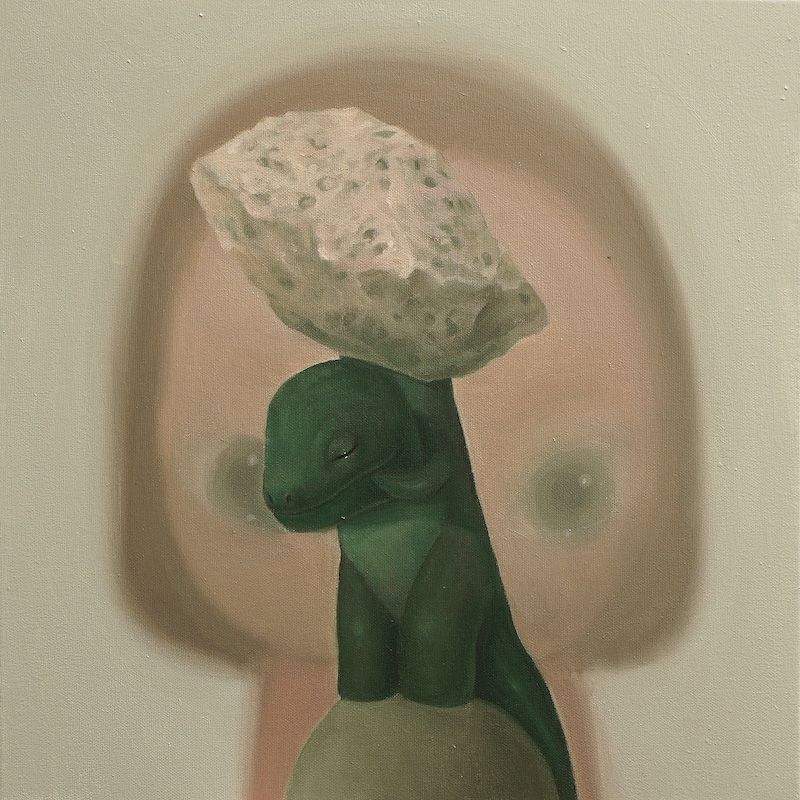 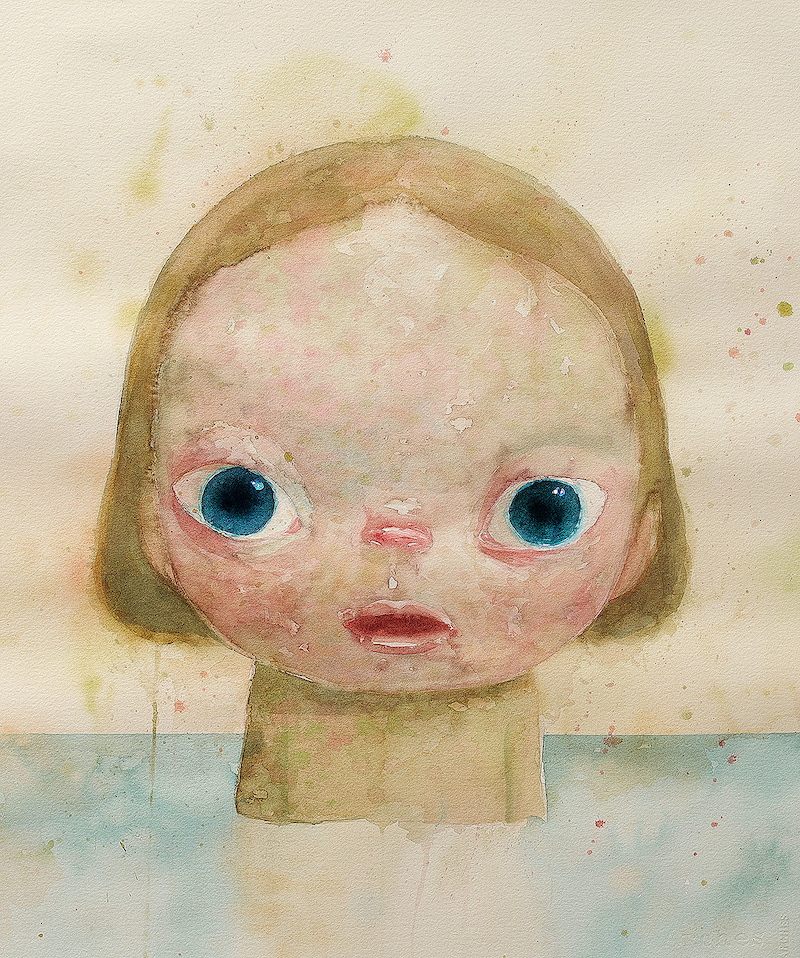 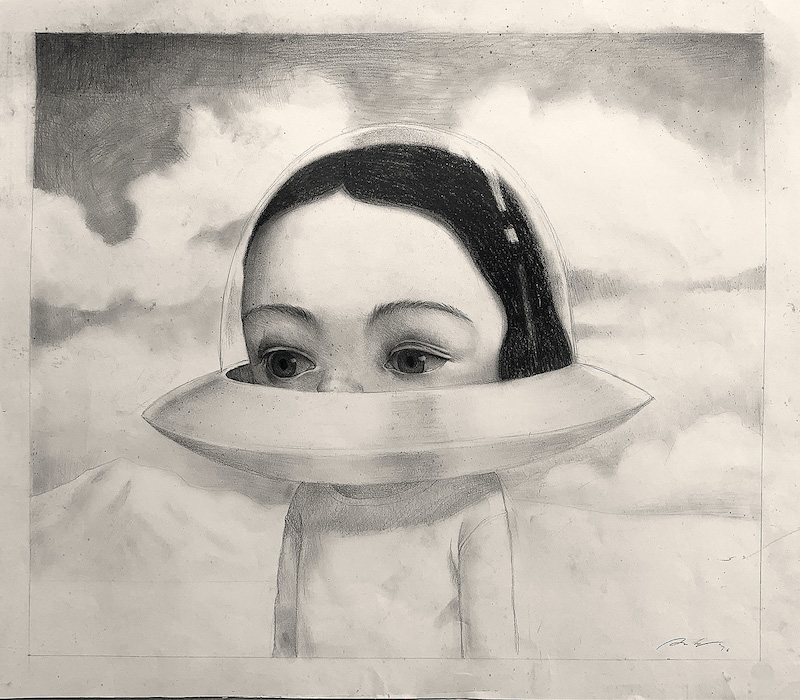 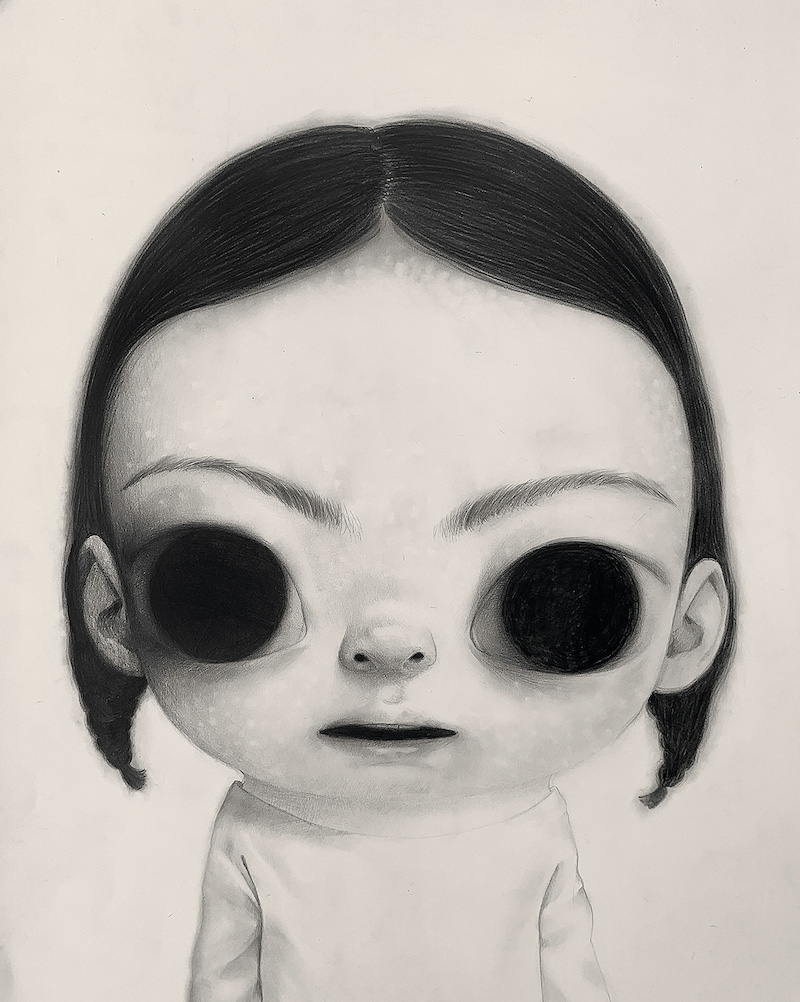 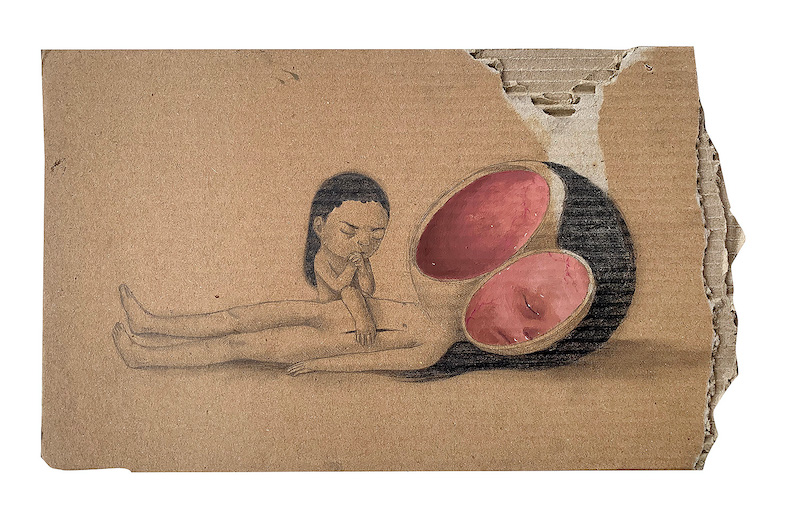 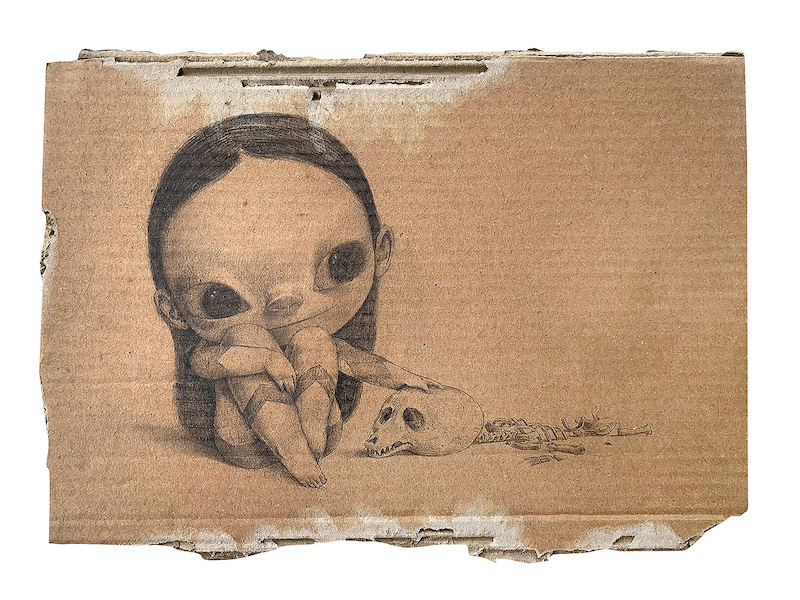 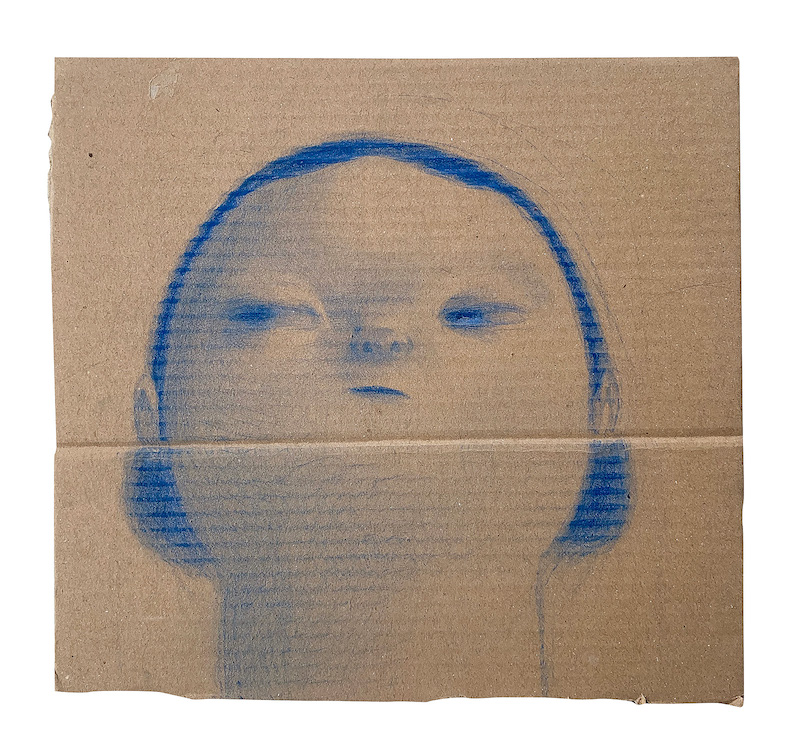 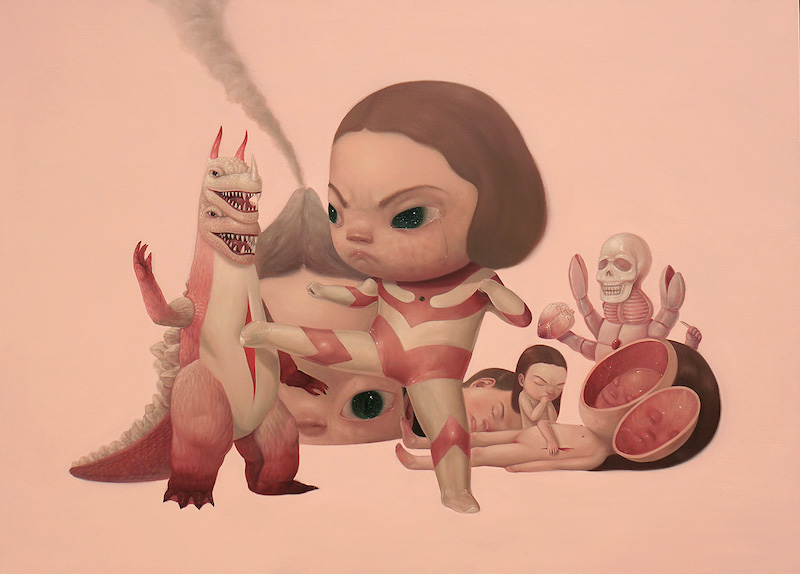 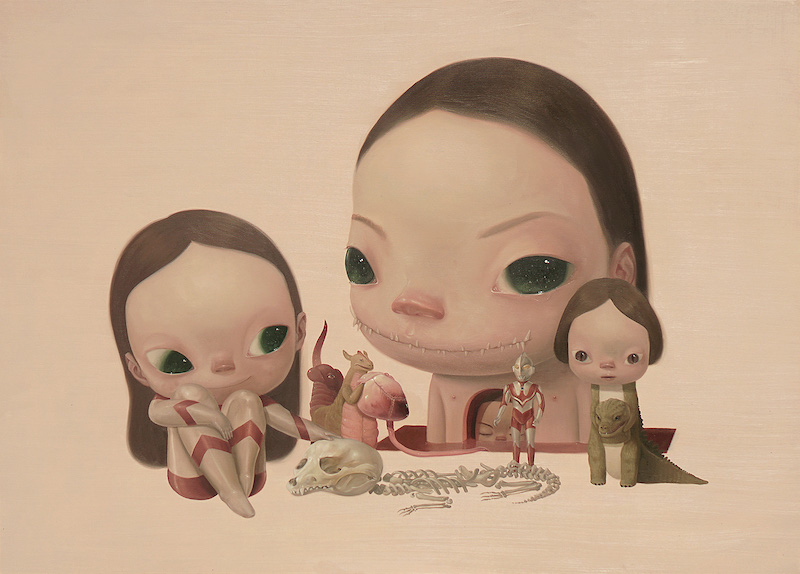 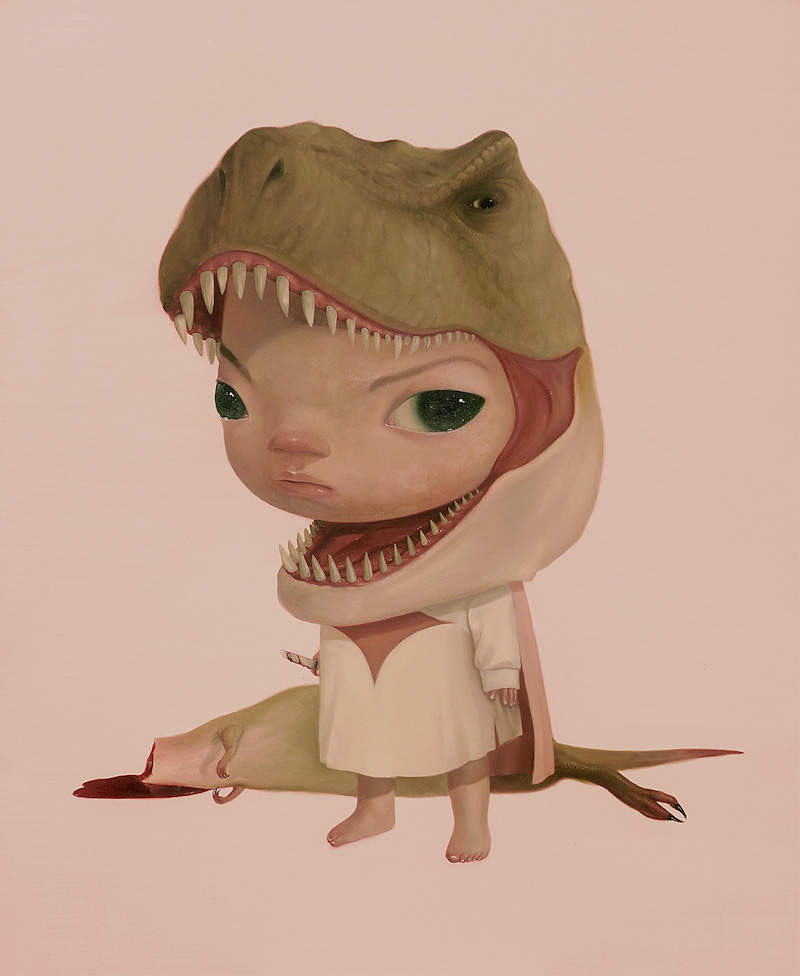 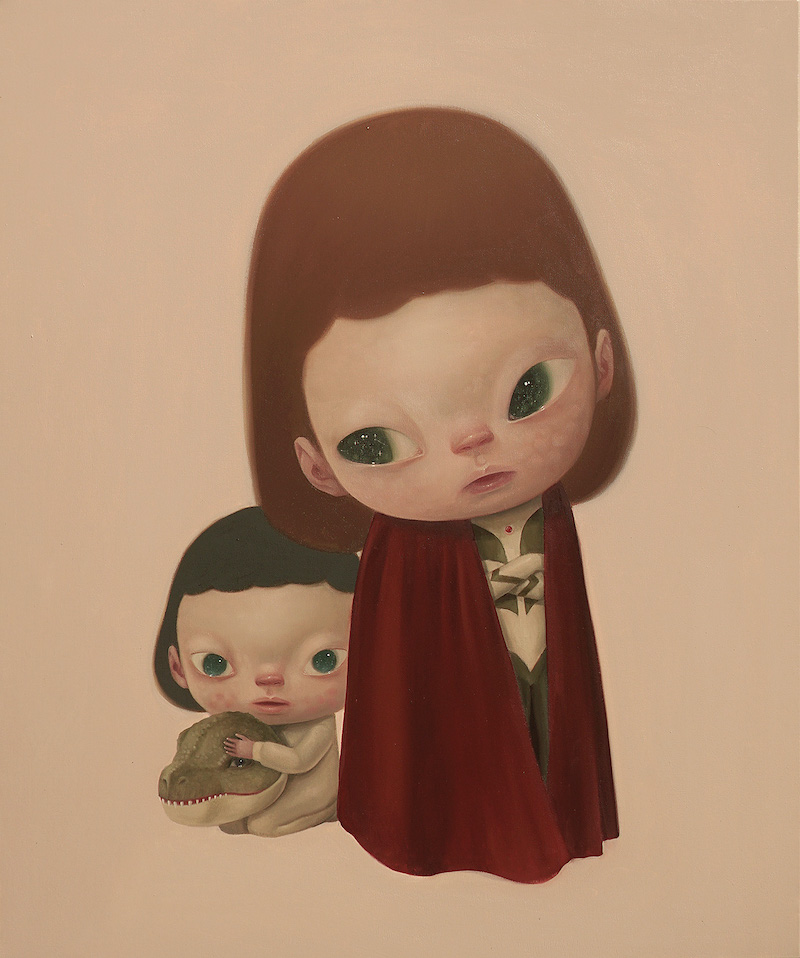 When Indonesian artist Roby Dwi Antono titled his latest exhibition EPOS  at Thinkspace, he could easily have been referring to the history of surrealism. Derived from the Bahasa language, Epos, “an epic poem, or epope, is a lengthy narrative poem, ordinarily involving a time beyond living memory in which occurred the extraordinary doings of the extraordinary men and women who, in dealings with the gods or other superhuman forces, gave shape to the mortal universe for their descendants, the poet and his audience, to understand themselves as a people or nation.” Surrealism, as an art form, can be the conduit to these almost magical, or extraordinary things, and through the powerful kids that he paints, the marvelous potential of power shifts in each work.

Completely sold out before the February 6 opening,  Thinkspace will host Antono’s EPOS in a 39-piece show through February 27, 2020, in their new Los Angeles space. In  characters redolent in detail, most notably, the starry-eyes construction of their eyes,  pop culture iconography, indeed, imbues the images, but the strength of personality  in light of epic  battles they face, is the universal theme.

“I would often say that my works contain a set of idioms which have very personal meanings to me,” Antono says. “I leave some visual cues in my works which act as a melancholic conundrum, for my audiences to set their eyes and mind upon. I love it when people try to guess the message behind my works and in the end each person will have their own interpretation, which is good because it opens the way for another enriching dialogue between us. The human experience affects both the idea and visual aspect of my works.” —Evan Pricco