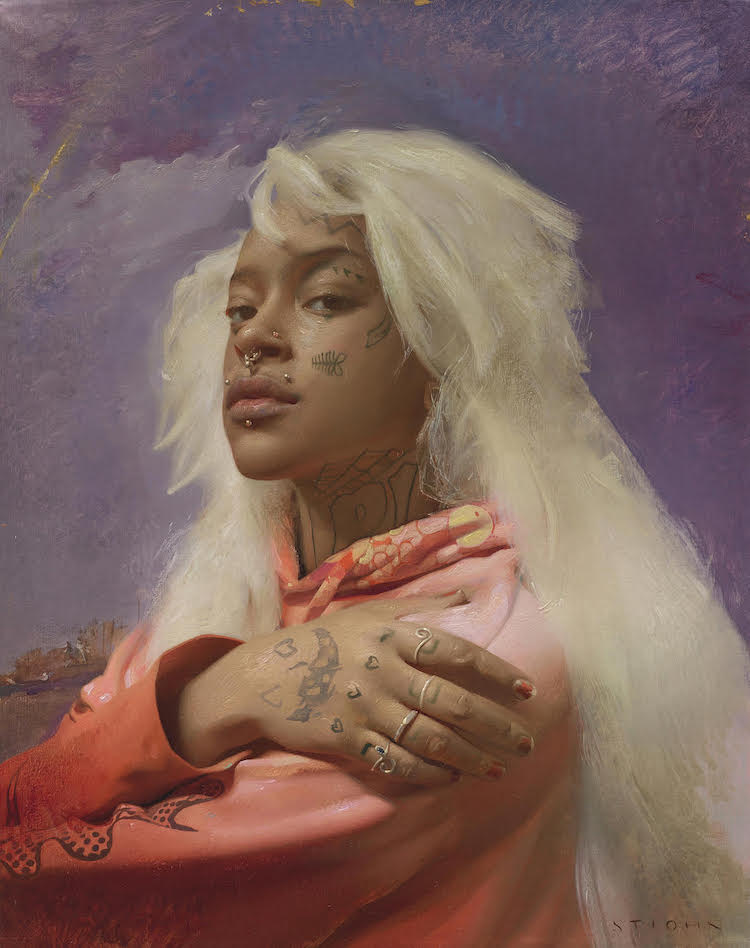 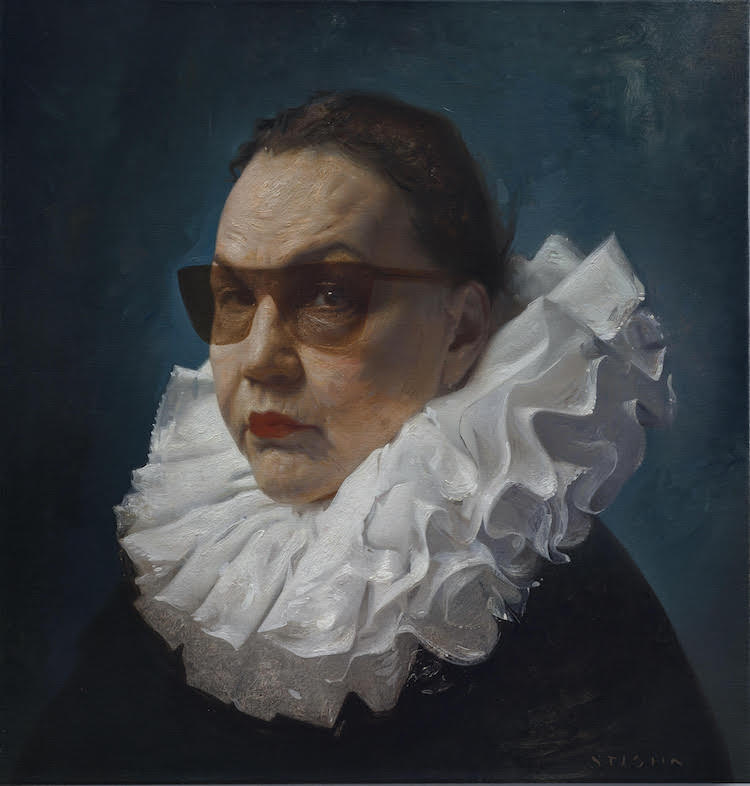 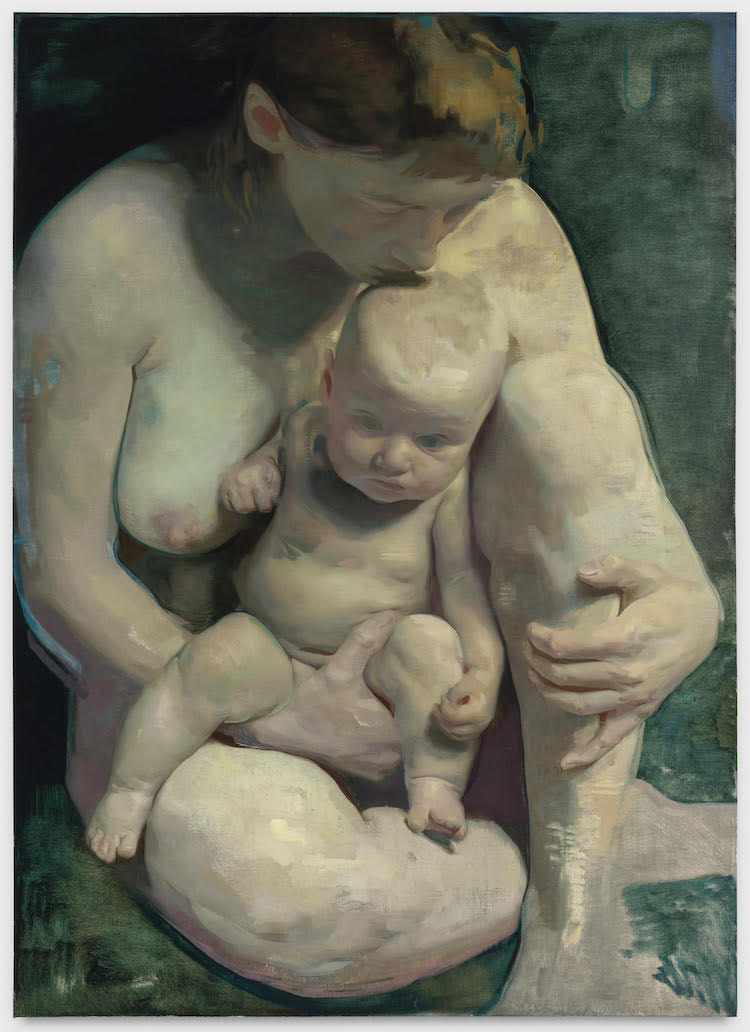 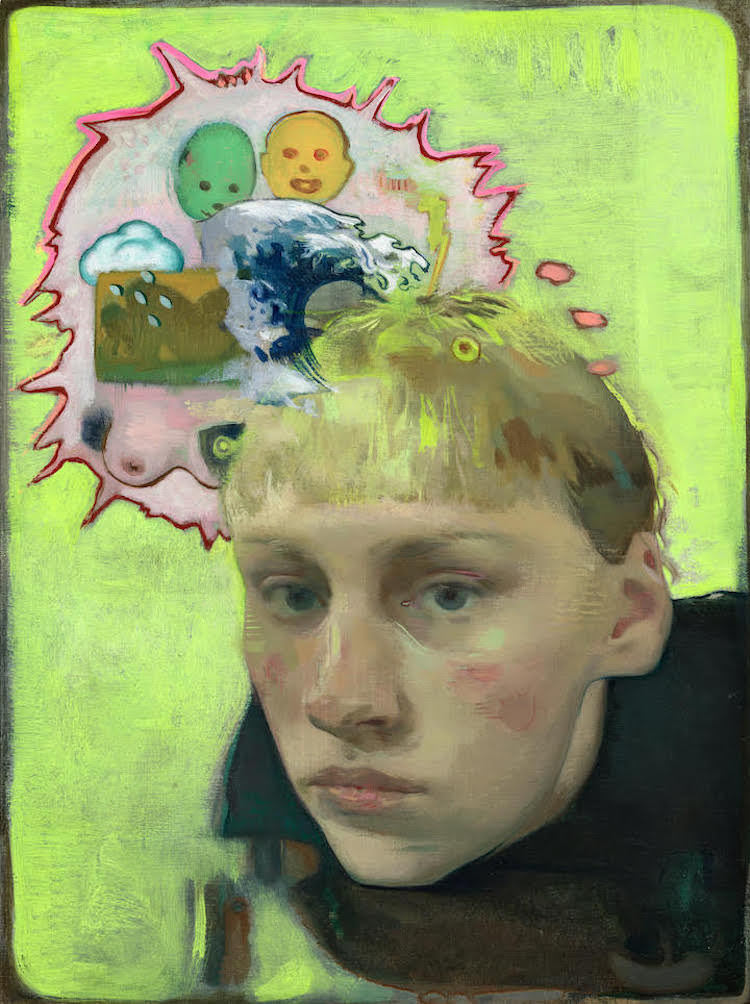 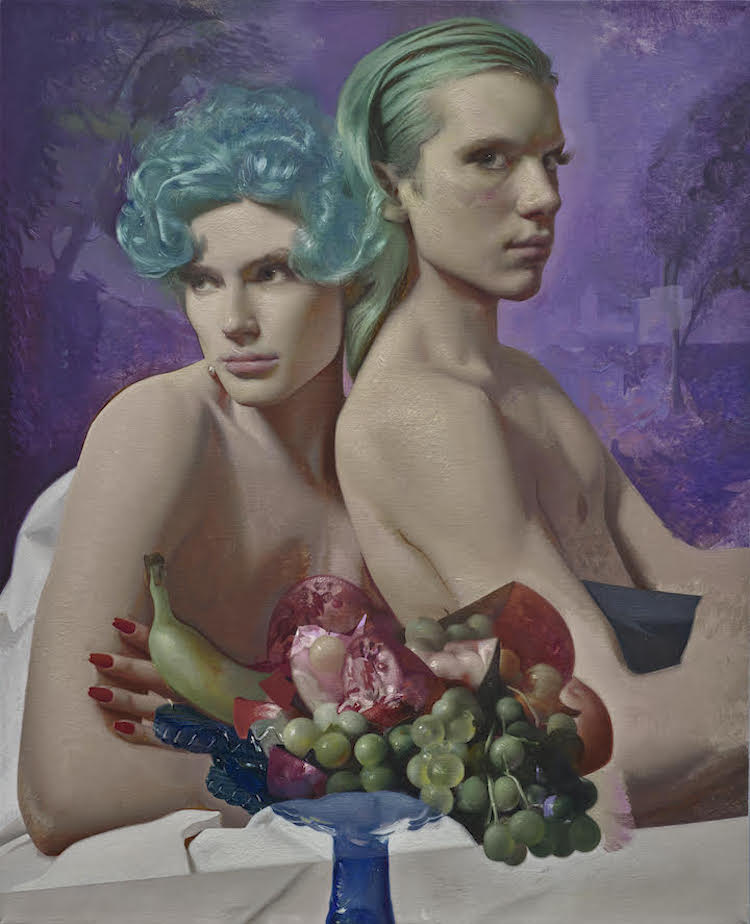 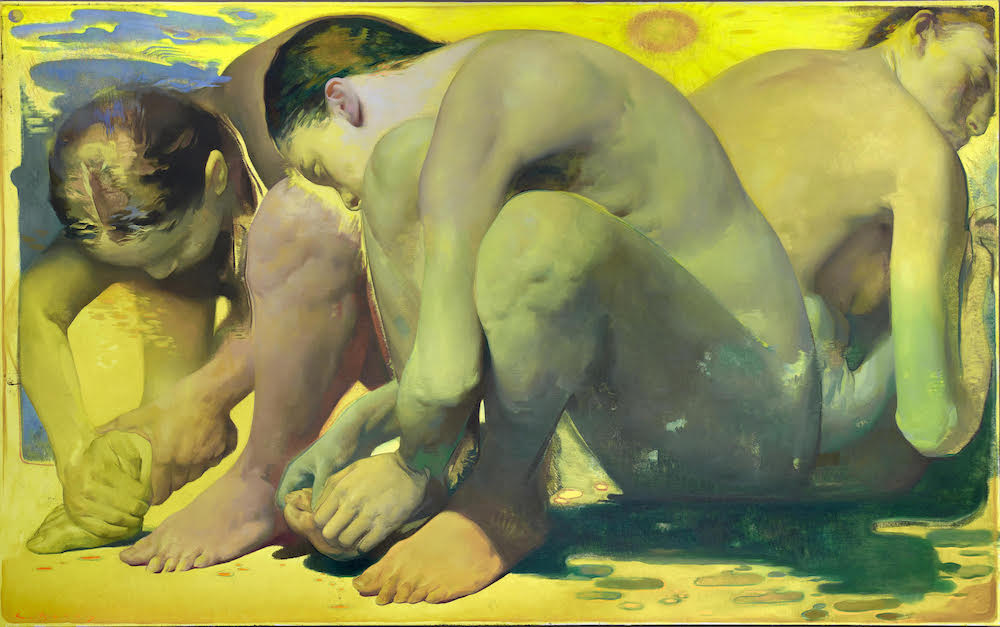 Colleen Barry and Will St. John are a classic art duo. Married with children and until recently shared a sprawling studio. This past week they joined forces for a two person show at Caelum gallery in Chelsea, which held a public event on Friday, March 11, and a VIP opening a day earlier that was hosted by Adam Driver and Joanne Tucker.

When they were younger, Colleen and Will both trained extensively at ateliers in Italy where they learned from top instructors of anatomy, proportion, and oil technique. Then came the influence of the contemporary New York art world, which has inspired the couple to change gears and drift further away from their traditional origins.

Will's paintings at first glance come across as highly refined, verging on the photo realistic. However upon closer examination, you can see that he is pushing the envelope to break free from classical realism. For this series, Will has chosen to paint NYC trans celebrities. Depicting this segment of the population which has rarely been celebrated in painting certainly feels of the zeitgeist. Will is a highly skilled portraitist and his use of textured for accents and highlights is exquisite.

Compared to Will's canvases, Colleen's work seems more expressive. Yet there is a real precision with how she places her gestural marks. These paintings translate Colleen's great skill into carefree elegance. There is a sense of the image being built and dissolved on the surface. Colleen's paintings frequently depict scenes of maternity and female community. Aesthetically, her work seems to follow in the footsteps of great female artists like Kathy Kollowitz and Jenny Saville.

The exhibition is a feast for the eyes that is worth seeing. Through the paintings a story emerges of the collective artistic growth of a New York Art World power couple. —David Molesky