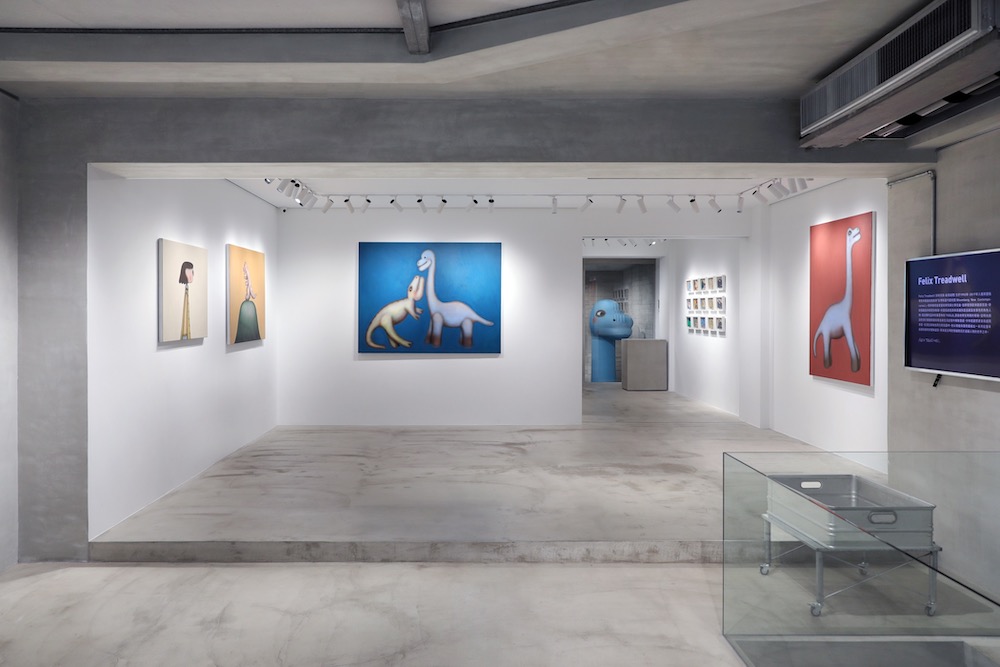 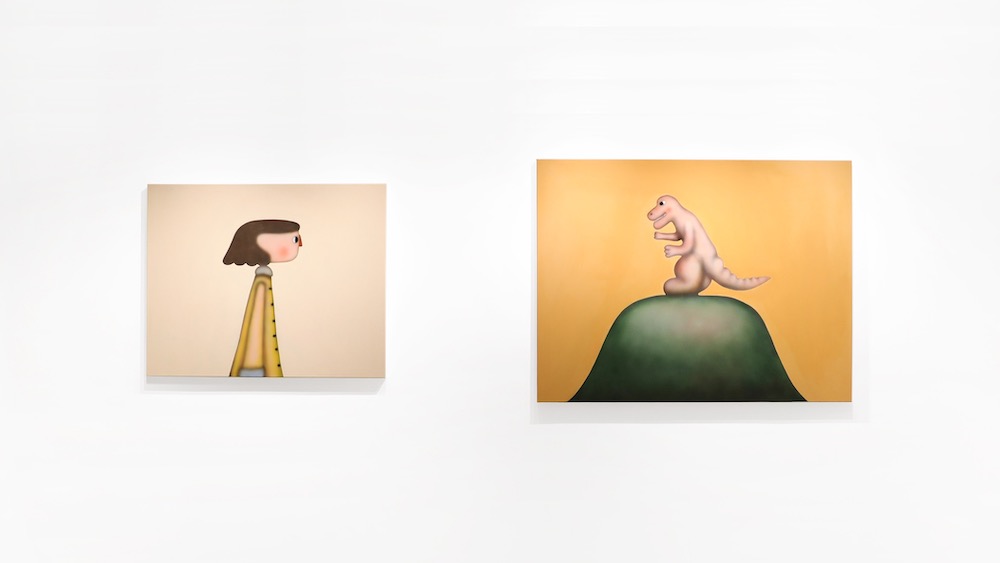 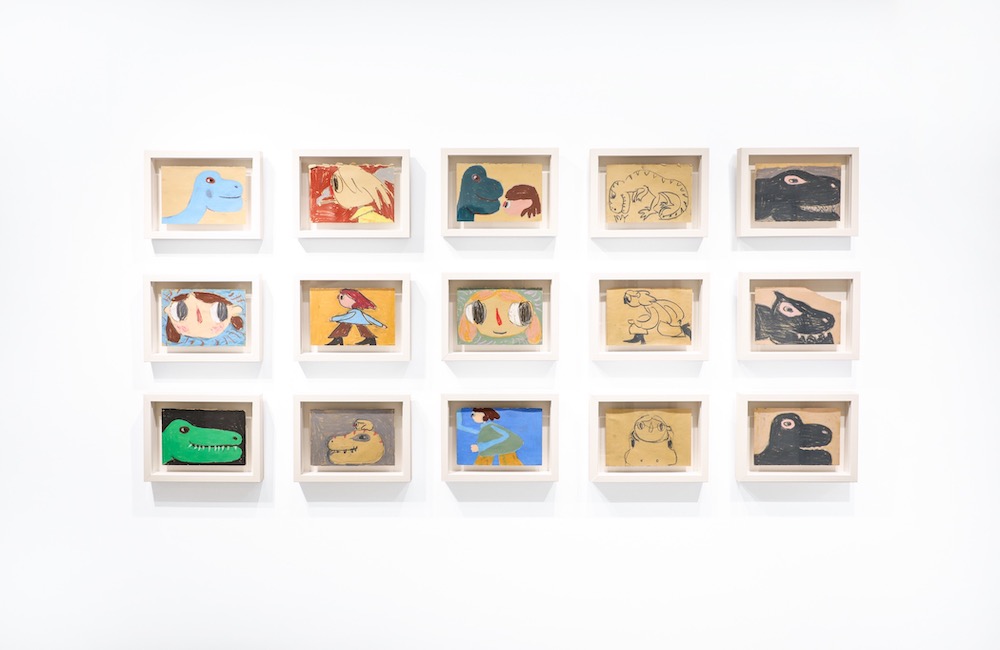 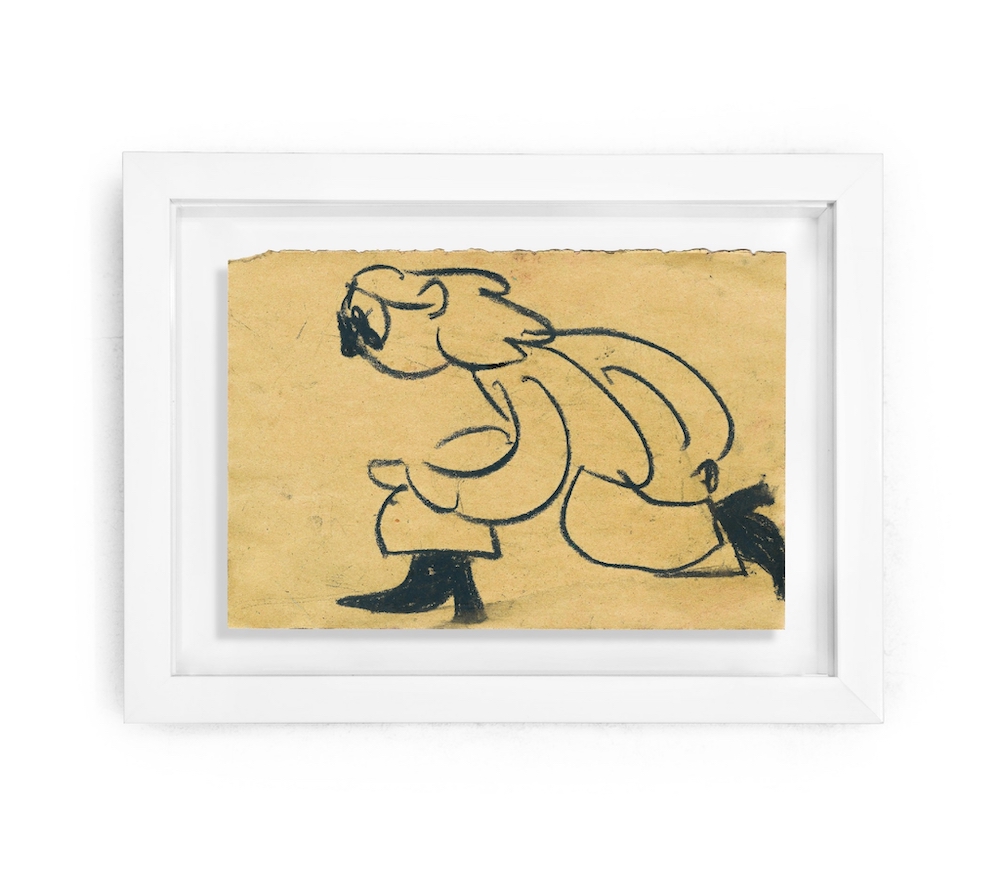 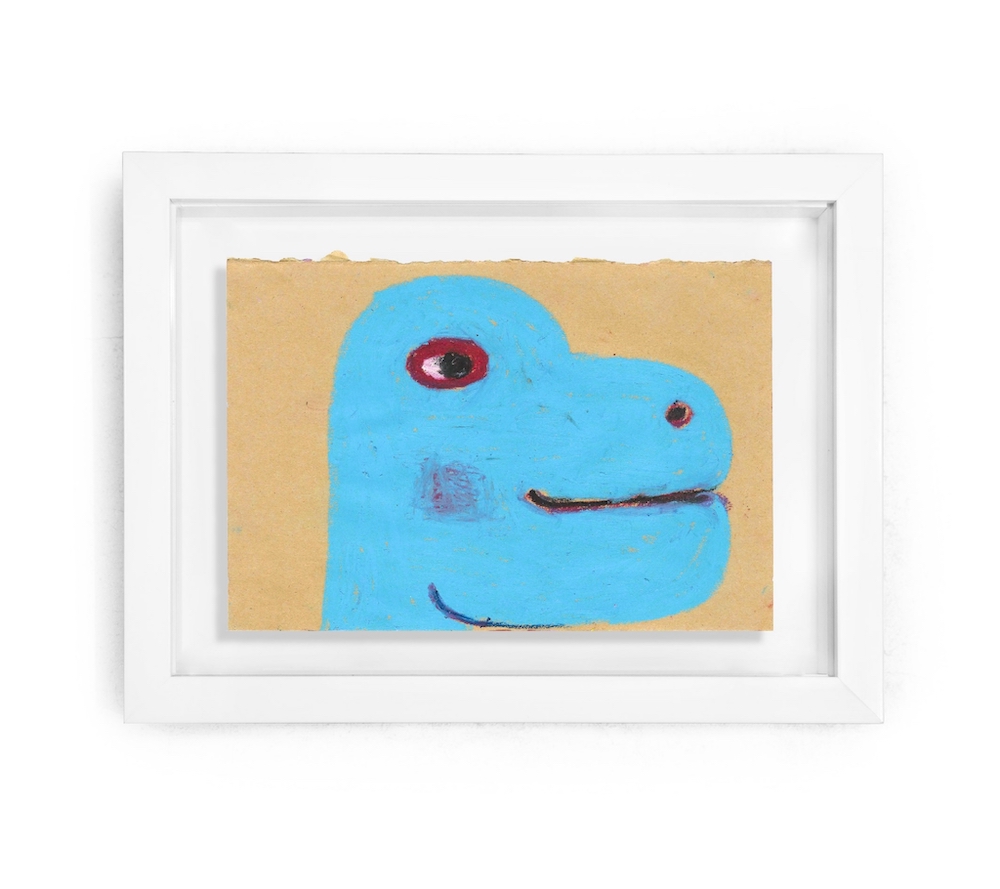 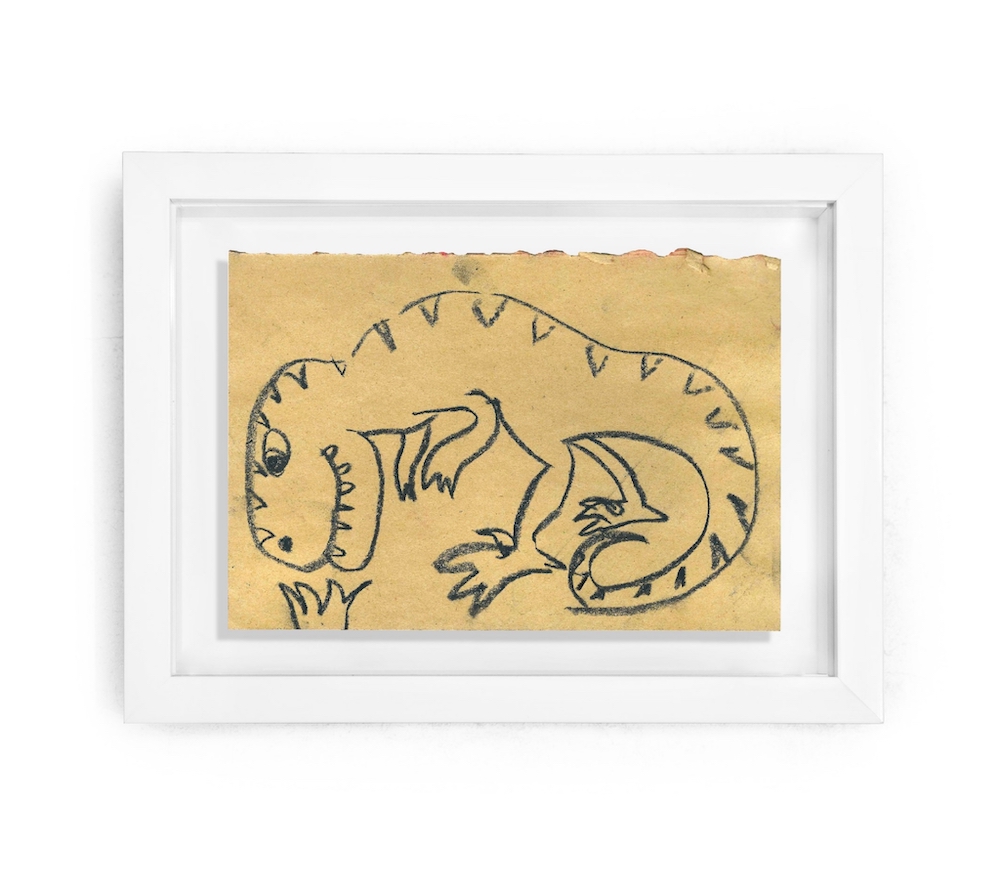 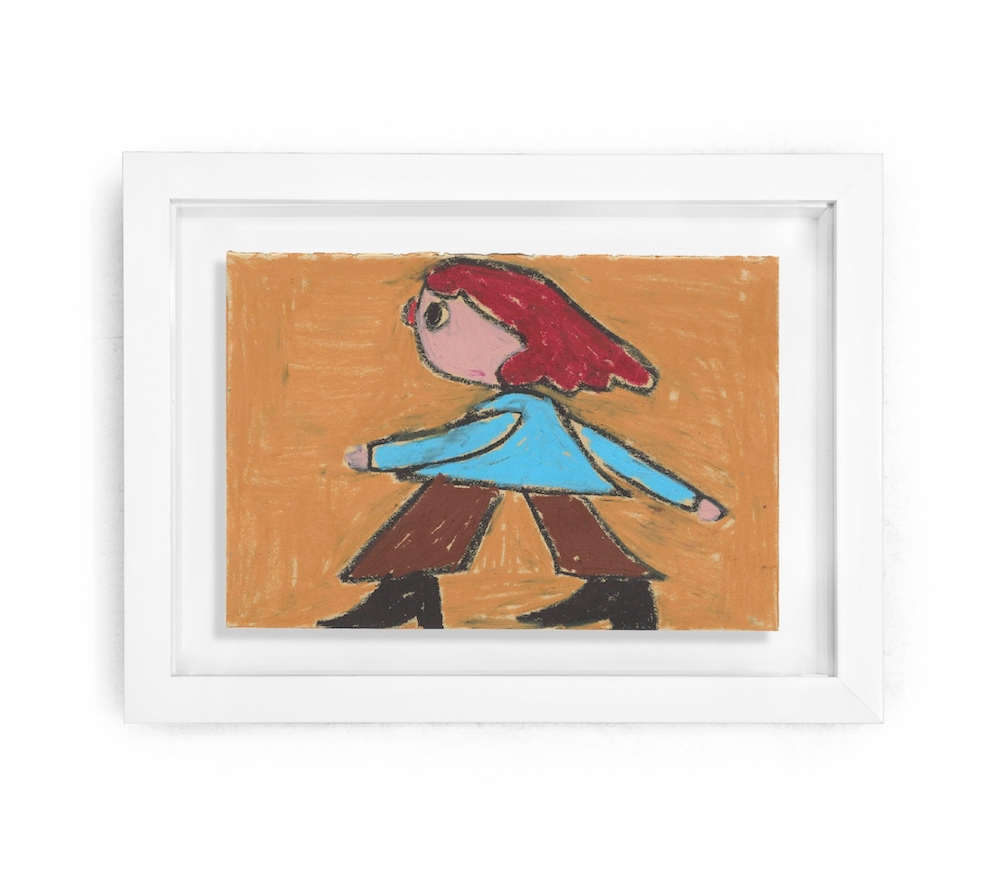 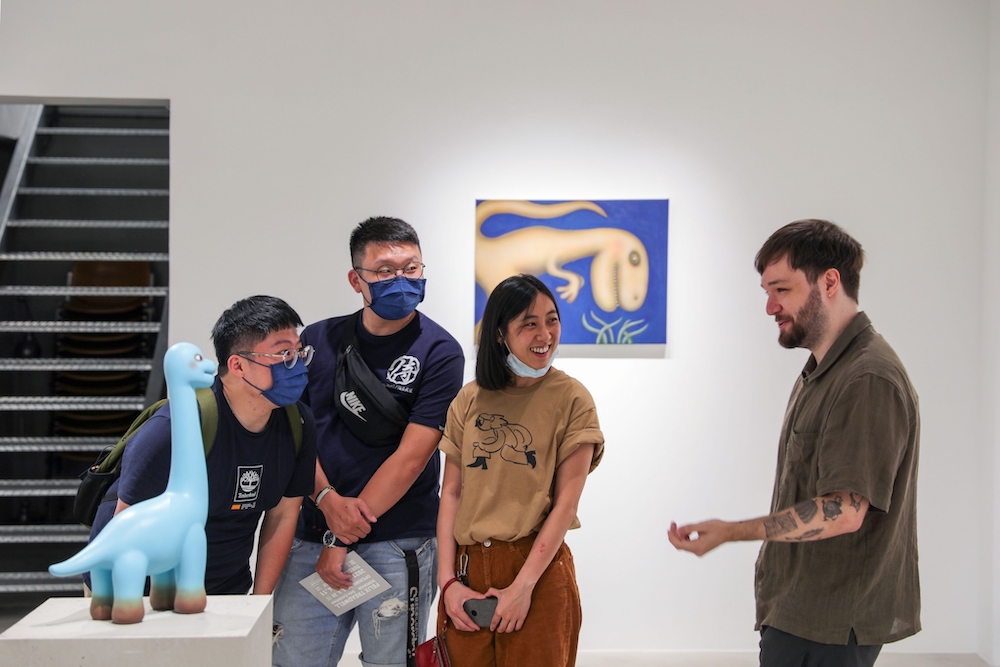 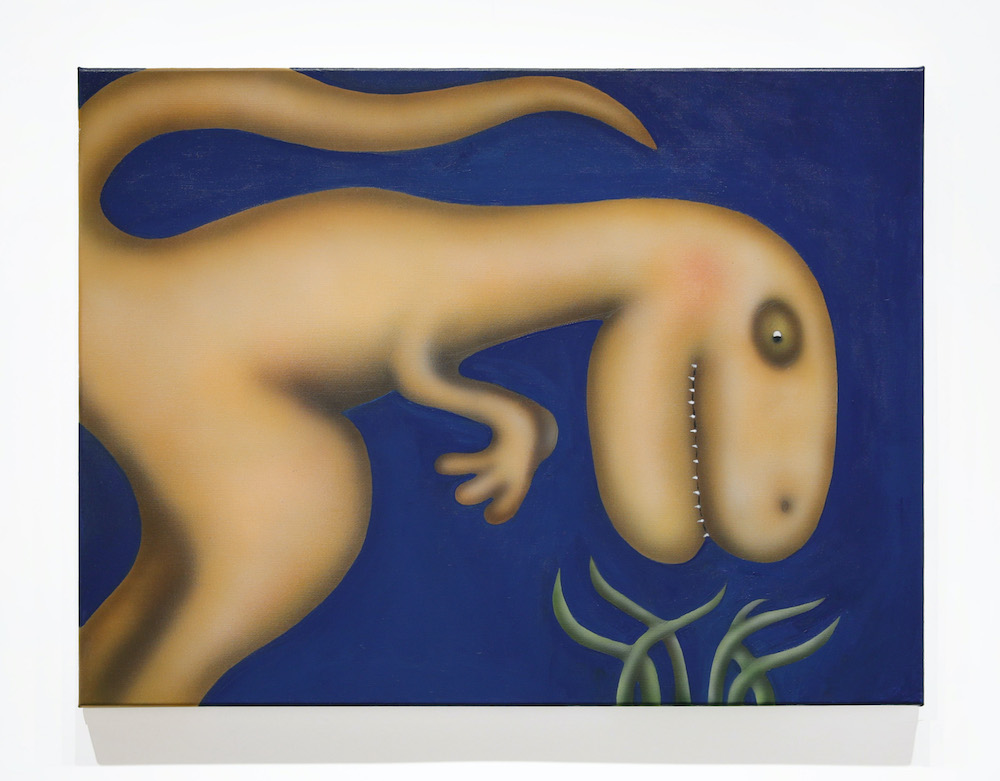 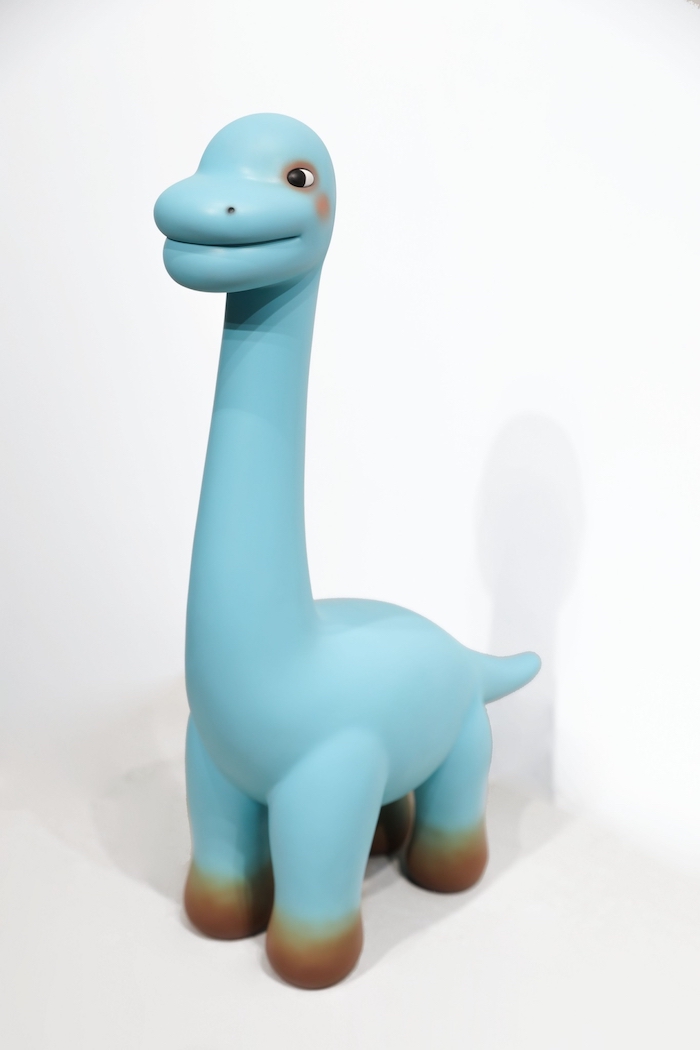 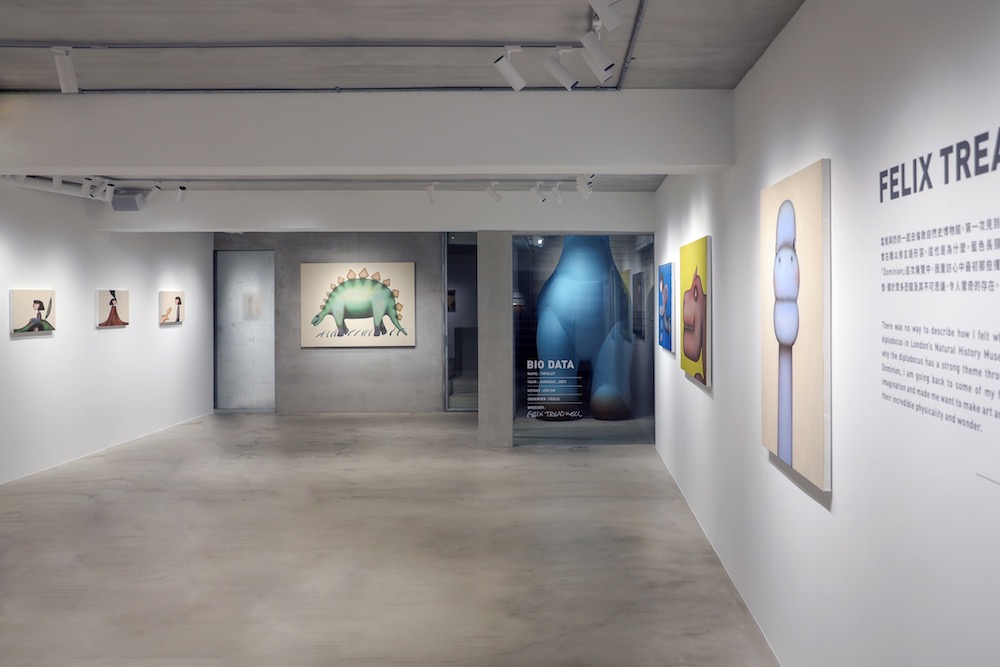 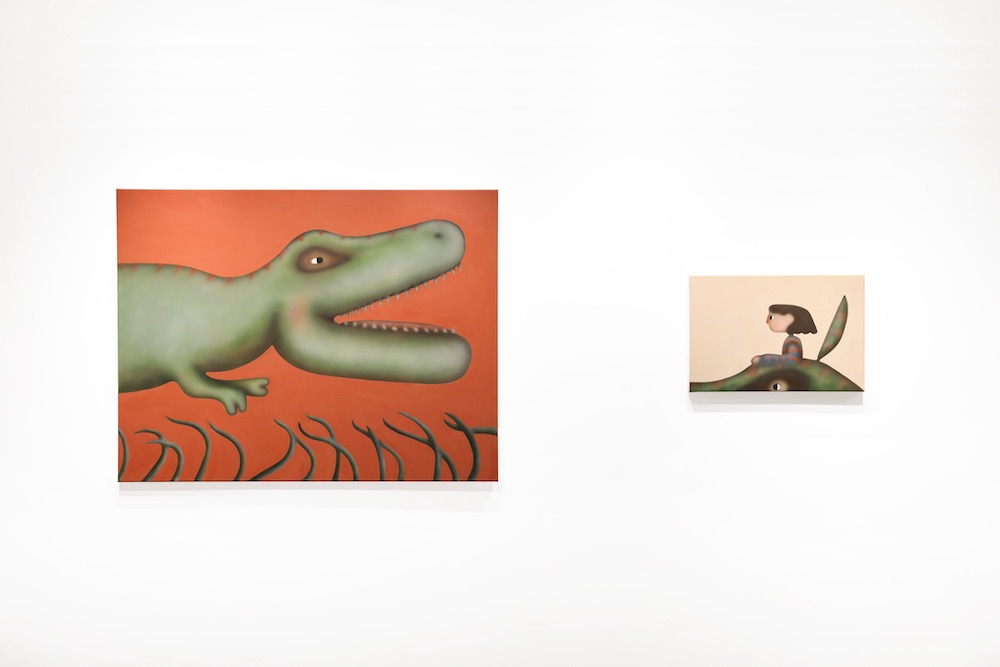 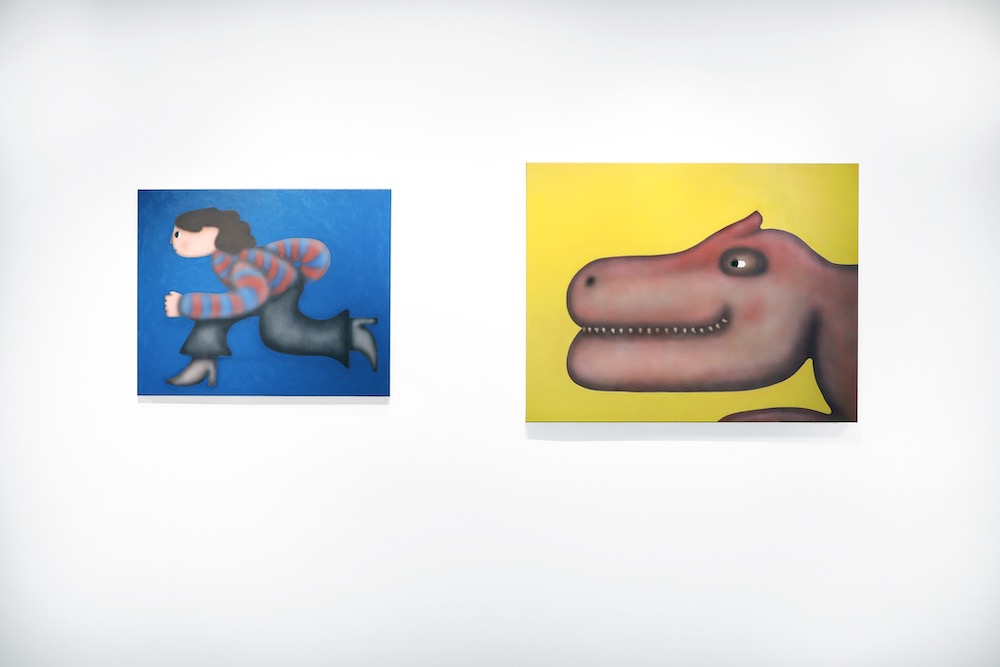 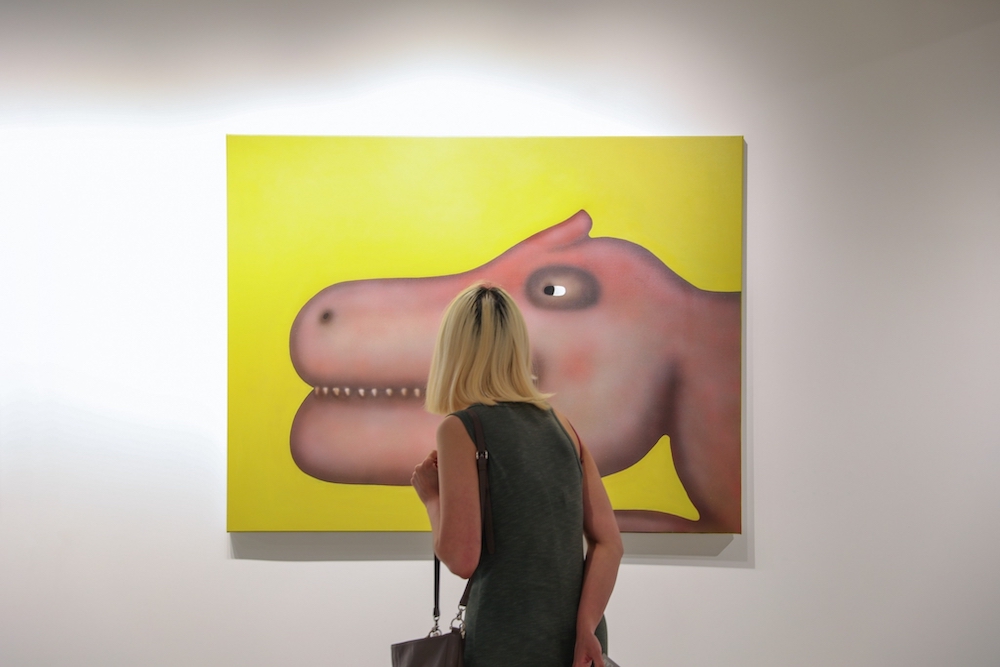 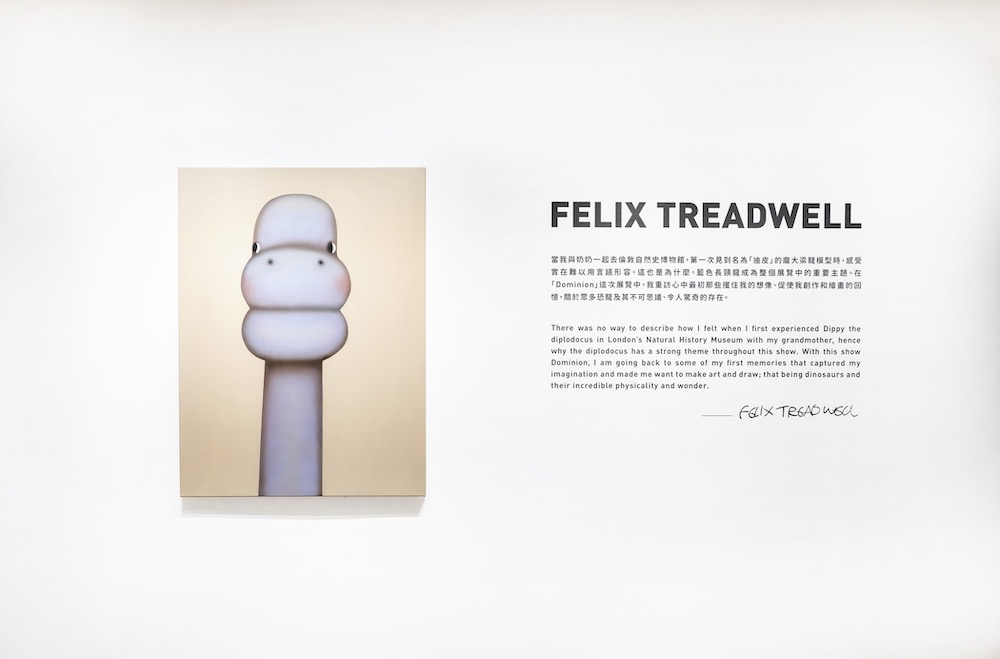 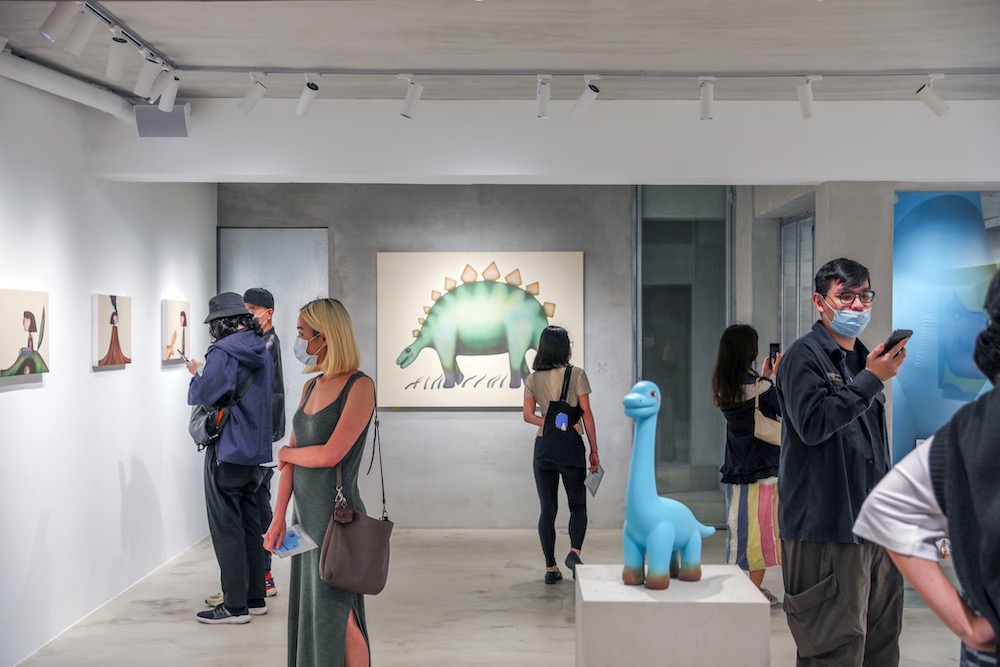 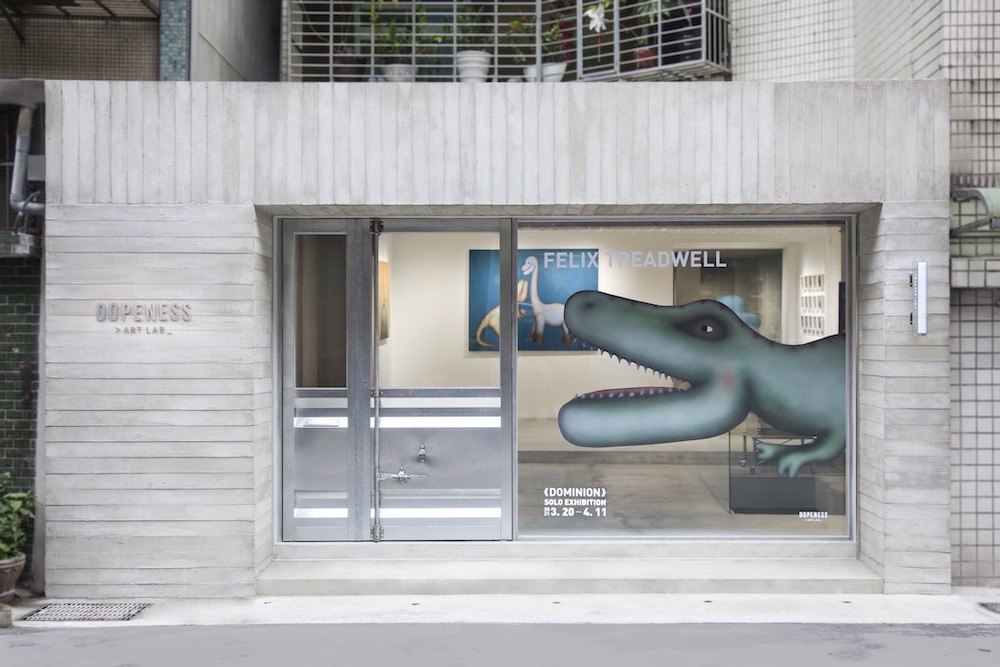 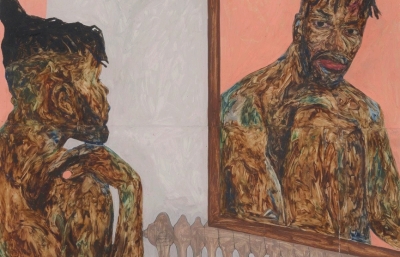 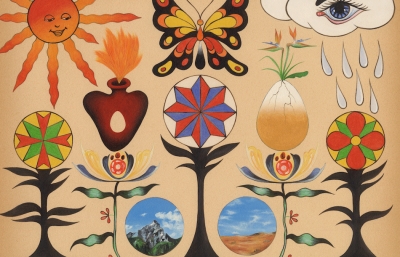 It was only a few months before the pandemic hit every corner of the globe that then London-based artist Felix Treadwell who we first featured in 2019, decided to pursue his life dreams and relocate to Taipei in Taiwan. And after remotely and successfully putting up a solo show with L21 Galeria last year, British artist recently had his Asian solo debut with Dopeness Art Lab, introducing new paintings, drawings, and a unique installation.

Over the last couple of years, Treadwell has been getting a lot of recognition and appreciation for the works depicting the semi-autobiographical character, Feelo. "It was just meant to be this protagonist which explores these worlds, but I think I worked it out that it is more meant to be me," the artist explained the background of his signature subject in the interview accompanying this exhibition. "It wasn’t intentional but I think it kind of acts as me, but also acts like you, the viewer within the show. I feel like Feelo is more like an outsider entering this world in which you are, and exploring what you might not necessarily know you might encounter." And even though the body of work featuring this androgynous character quickly became emblematic, culminating with the release of a polystone art toy sculpture, the artist kept his philosophy of listening to his guts and doing his thing. So while Feelo was present in some of the new pieces, he introduced himself to the art crowd of the adopted hometown with a body of work revolving around his childhood love for dinosaurs.

Like so many kids around the globe young Felix was quickly sucked into the world of these historical creatures and was obsessed with their looks, characteristics, and the concept of these strange giants roaming the Earth. It was his first encounter with Dippy The Diplodocus that sparked the interest which eventually led to Dominion, a presentation celebrating the dominance of these exceptional reptiles, seen and portrayed through Treadwell's lens. And it's this particular herbivore, believed to be the longest that ever lived, that is a star of this show, presented through paintings, drawings, sculptures, and installation. "I guess, with my works, it has always been about going back to my childhood or youth and looking at longing for something I wish or want to have, or looking at how nostalgia affects you," the artist told about the connecting thread between this seemingly different body of work. Using the same technical approach, the simple compositions, the playful, non-threatening scenes, the softness of the airbrush, along with pastel hues, the artist is reviving and visualizing his childhood imagination.


Arguably the most striking piece in this presentation was the inflatable sculpture installed through 2 levels of the space through which the artist revisited a concept he first introduced some 5 years ago with Rupert Head. This body of work is a continuation of the artist's practice to draw inspiration from natural history and sci-fi movies as well as nostalgia, building a singular, recognizable universe filled with sympathetic yet somehow melancholic characters. Whether it's the antagonist of the Alien movies, his Feelo alter-ego, a range of anthropomorphic, fantastical creatures, or the puffy diplodocus, Treadwell is capable of conveying the child-like innocence and openness through his stylized satiny visuals. Paying tribute to the subject that inspired him to draw in the first place and opened his imagination and interest in creative expression, the artist also used this universally recognizable imagery as a non-verbal link to connect with his adopted homeland. —Sasha Bogojev