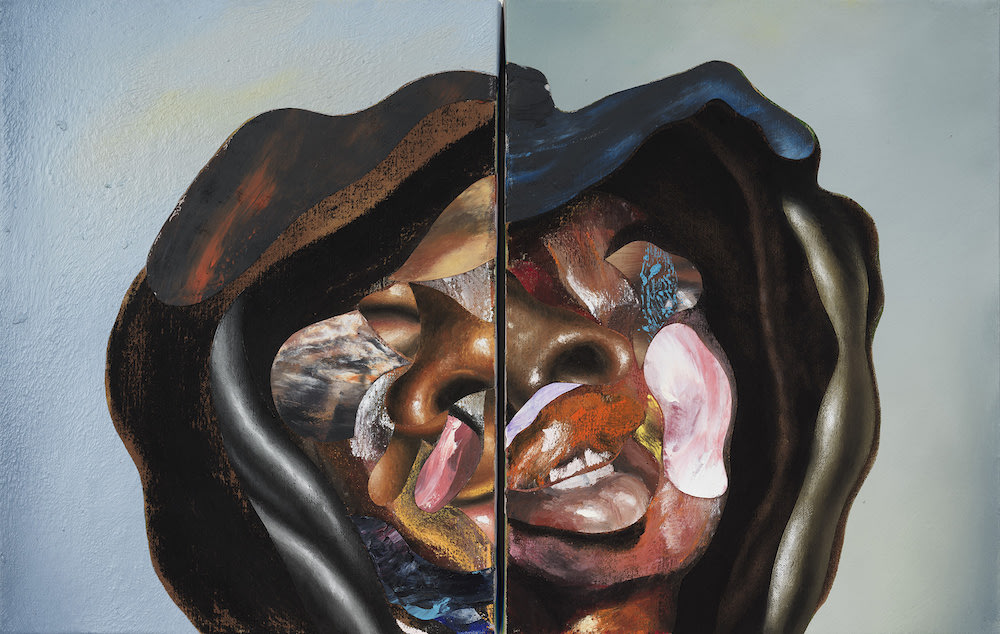 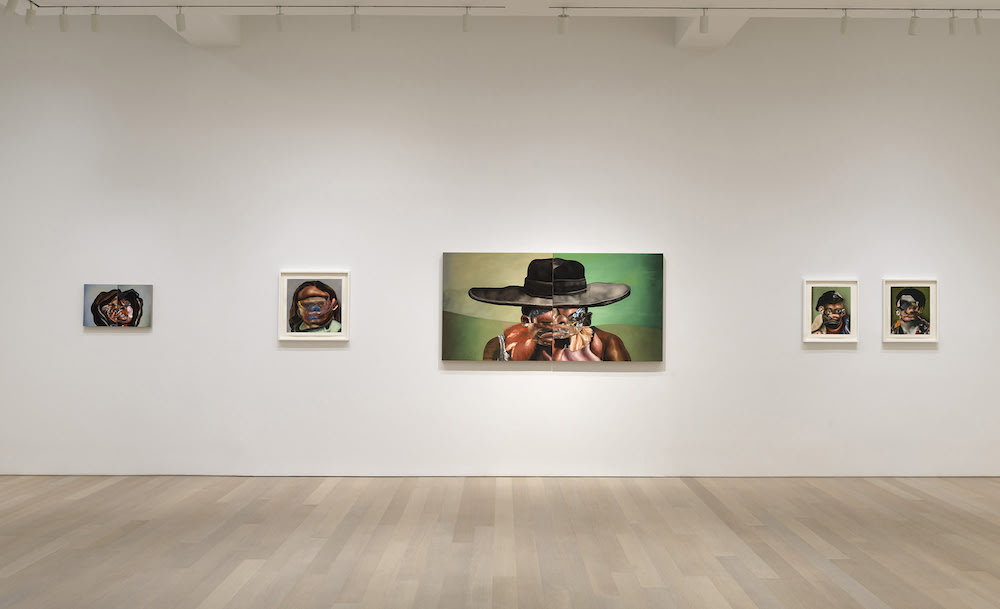 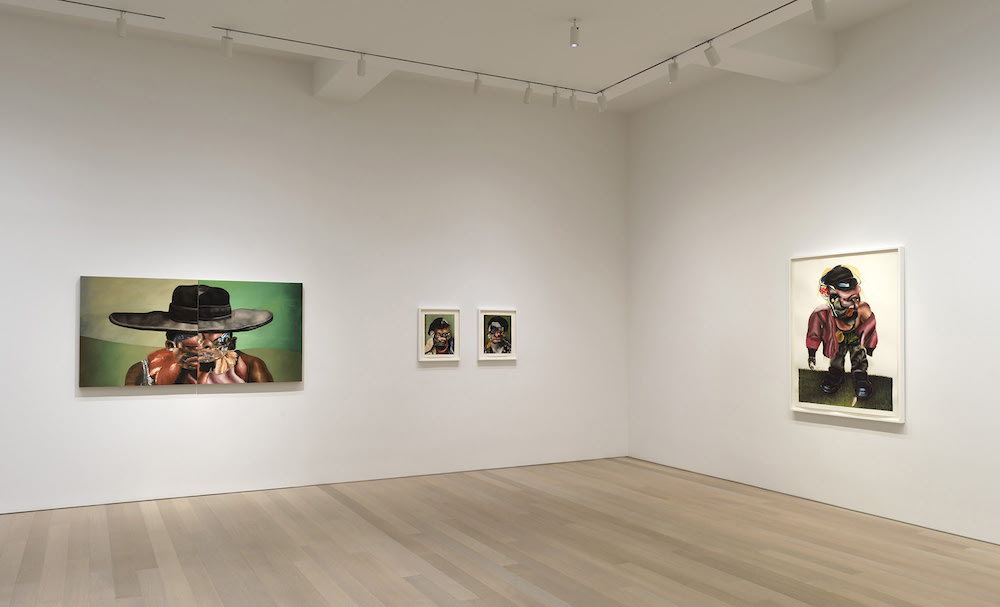 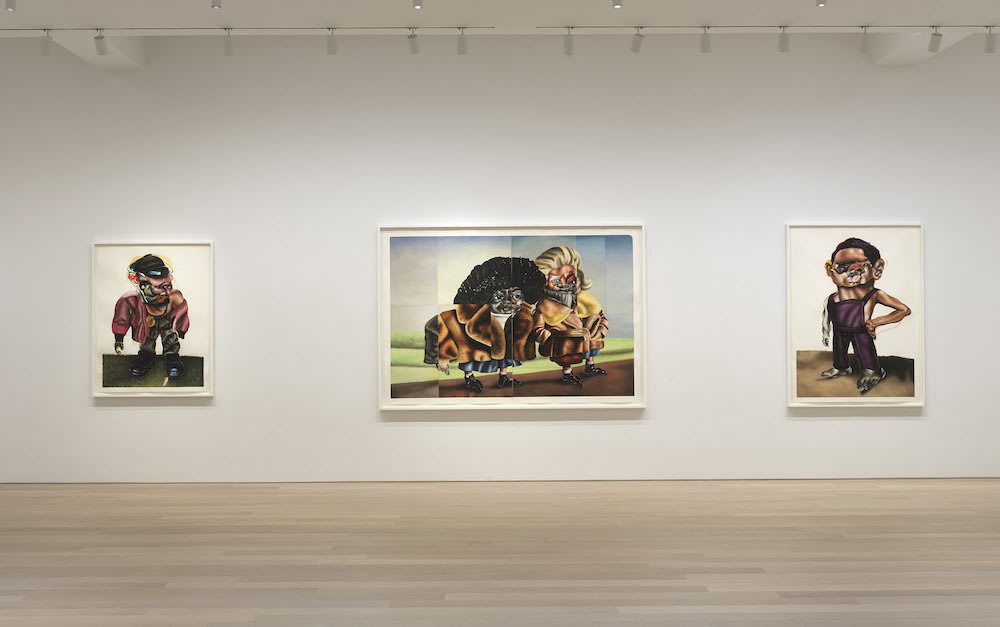 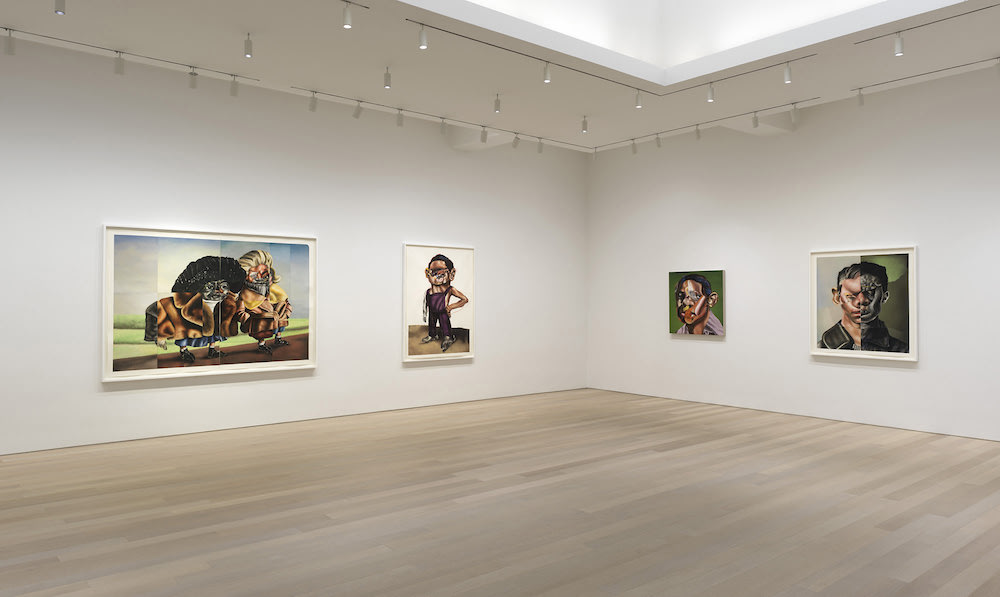 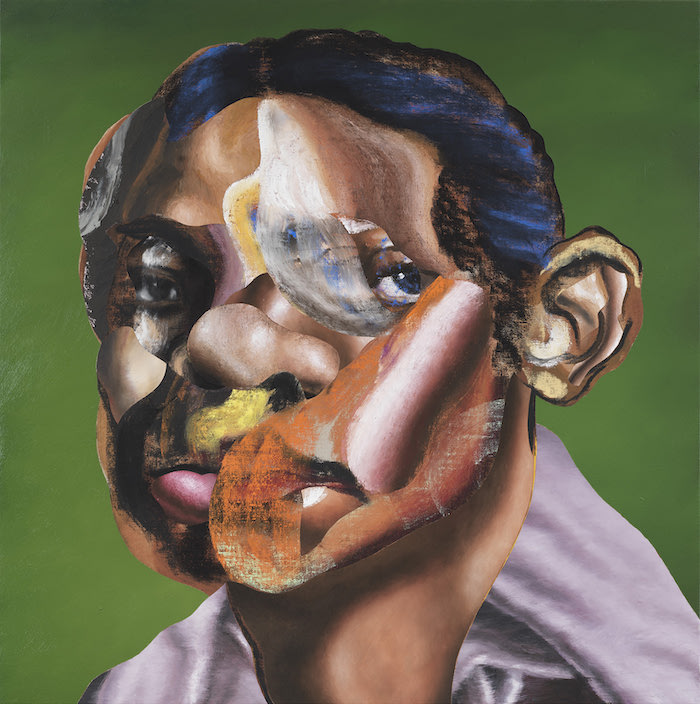 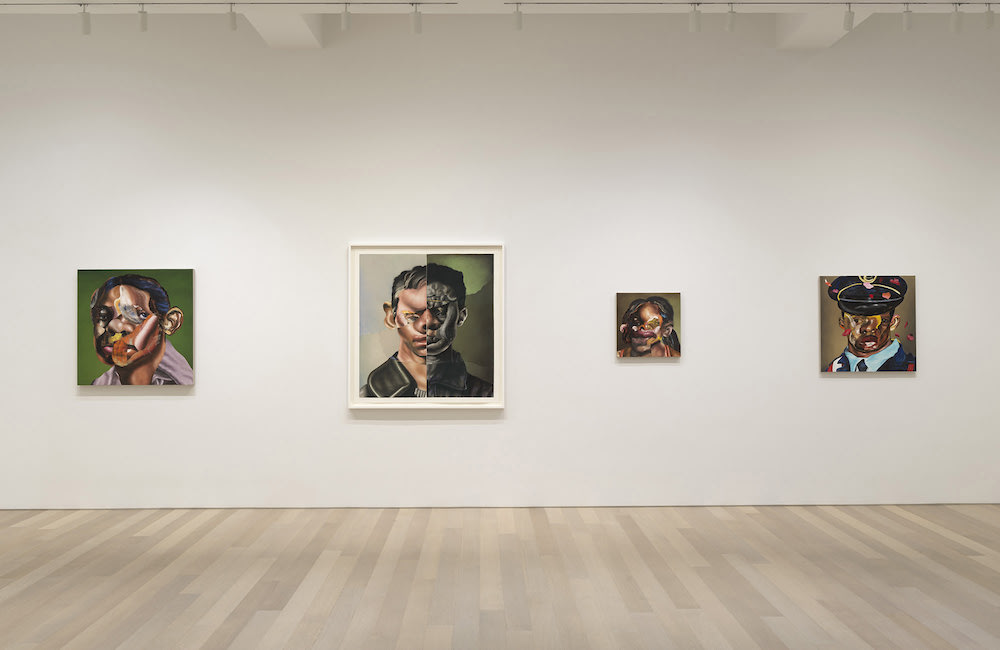 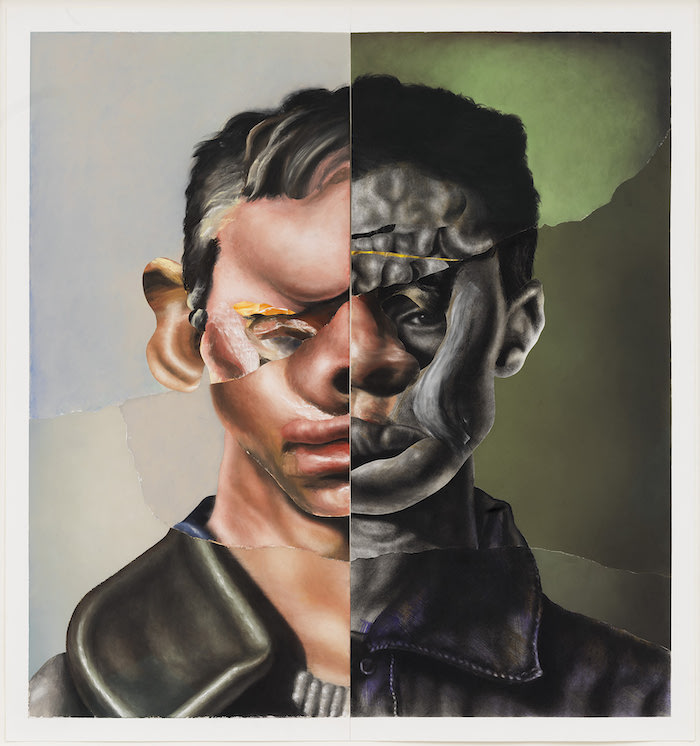 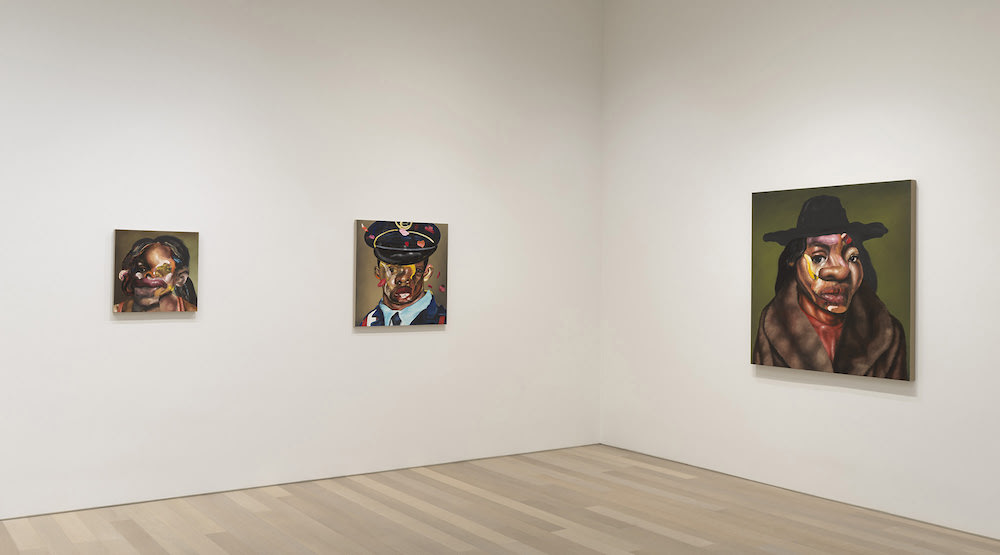 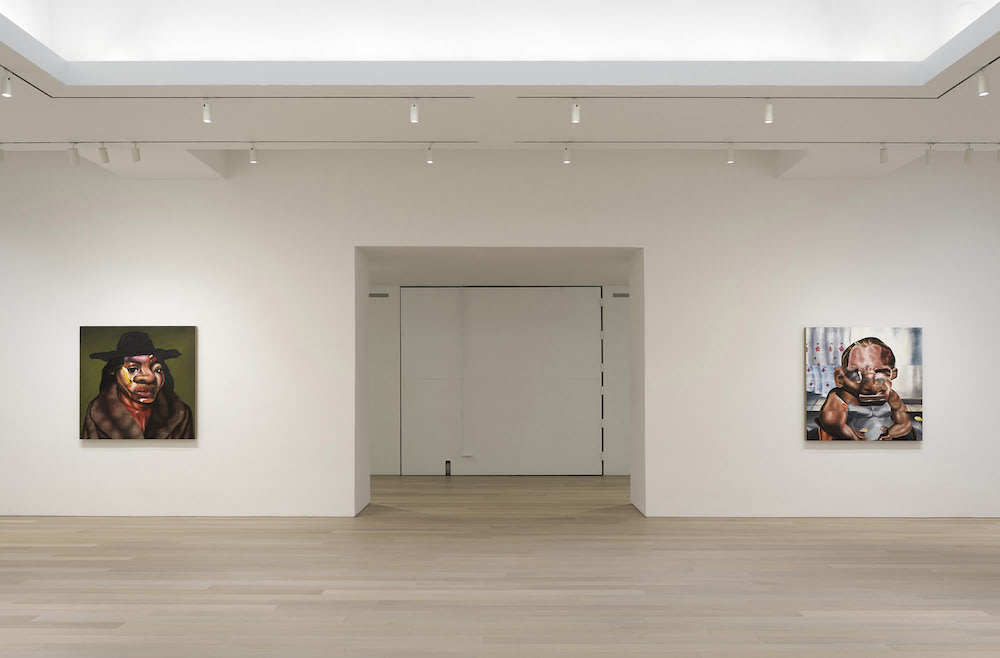 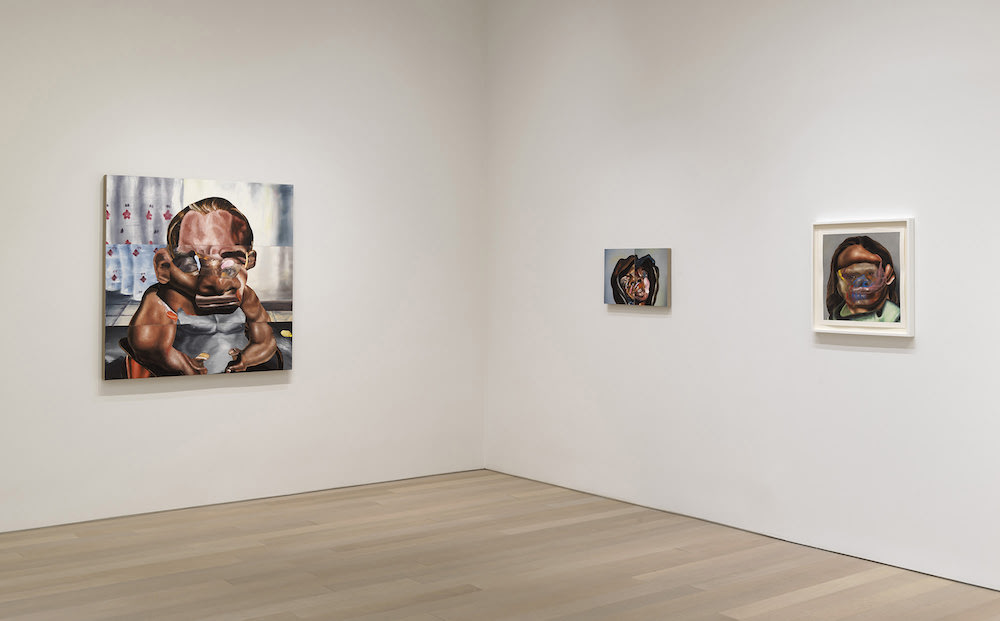 Gagosian recently closed their NYC solo debut with Brooklyn-based artist, Nathaniel Mary Quinn, Not Far From Home; Still Far Away. Comprising 14 new exceptional paintings and works on paper we just had to give this stand-out presentation a quick mention here.

"I hope to convey a sense of how our experiences, both good and bad, operate to construct our identities. I also want to portray a mutual relationship between the acceptable and the unacceptable, the grotesque and what is aesthetically pleasing," Quinn stated in the press release for this exhibition, revealing the key concept for this body of work. Revolving around the eternal question of duality, the presence of the two opposites in each of us, this new series of portraits sees a few of his sitters being physically split in half. Depicted using his iconic technique that mixes sections rendered in oil paint, alongside paint stick, oil pastel, soft pastel, gouache, or black charcoal segments, these composite portrayals are the visualisations of his attempts to capture human complexity. Applied on linen canvas or Coventry Vellum Paper, the fragments sourced from online media, fashion magazines, comic books, and family snapshots, construct hybrid, unearthly, yet relatable and somehow believable faces. Although based on the real, existing individuals, the finished images are meant to personify the archetypes which then resonate with the viewer's subjective memories and recognition algorithms.

This is achieved by being as honest as humanly possible and digging deep into his psyche for own experiences and impressions. In order to translate the psychological effect of meeting a fellow human, Quinn is transforming the snippets of such intuitive impressions into amalgamation of realistically rendered features. With each of them carrying a certain character trade, giving out a certain vibe, the artist we've featured in our magazine back in 2017 is capable of conveying the sense of our multifaceted existence. At the same time, Quinn is revealing his own subconsciousness by attributing the sitters with chosen evocative qualities. Such dynamic goes way beyond the traditional sitter and the painter relationship, and is more connected to the eternal and timeless social and behavioural mechanisms at the core of humanity. —Sasha Bogojev