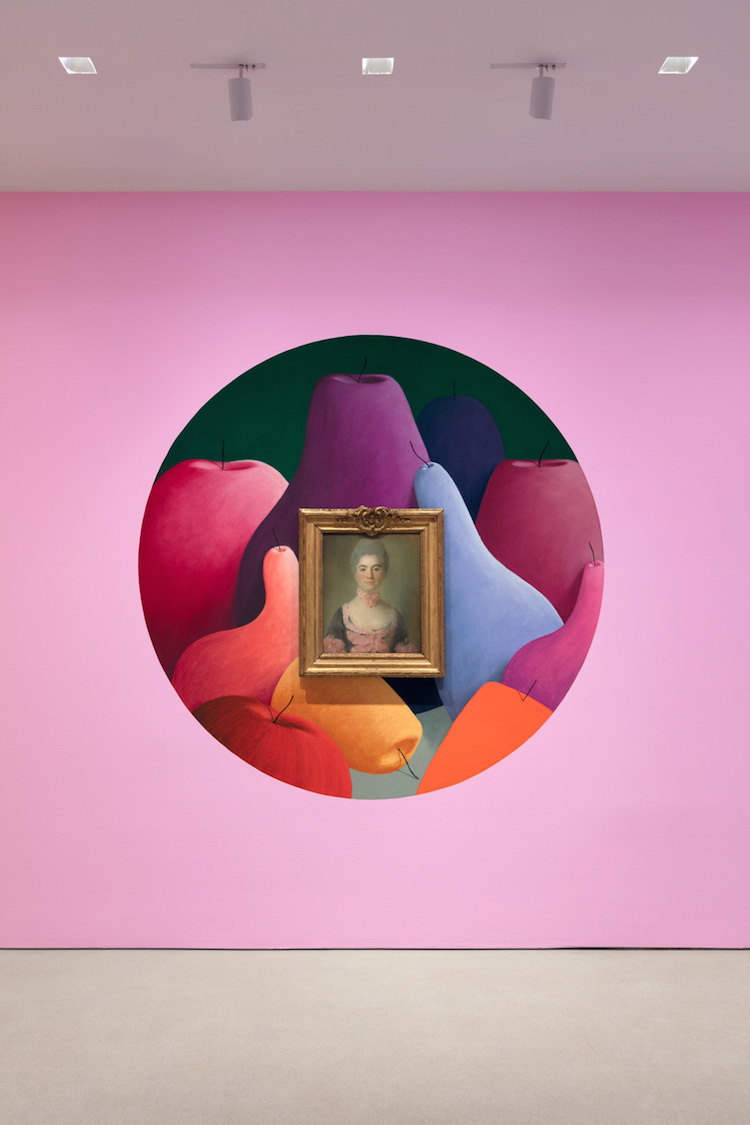 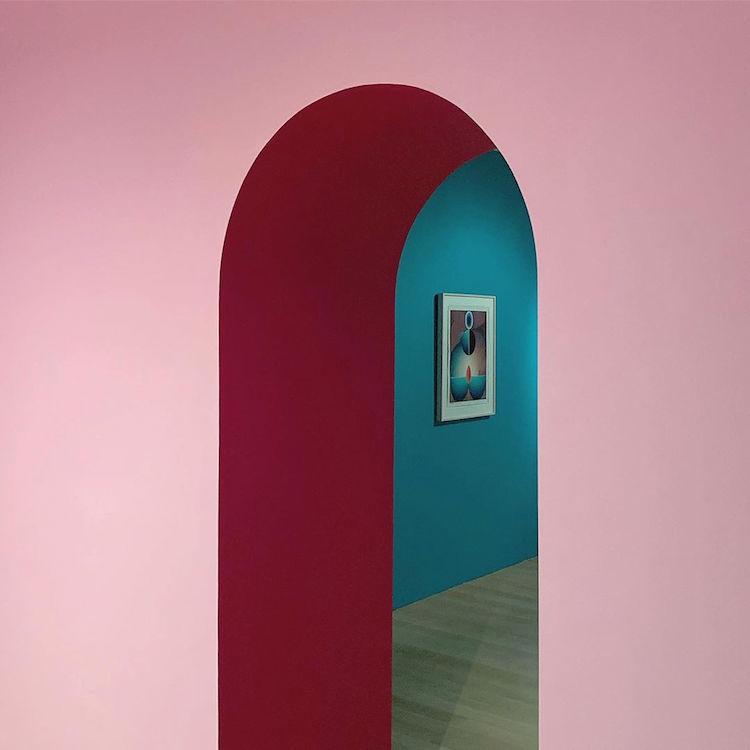 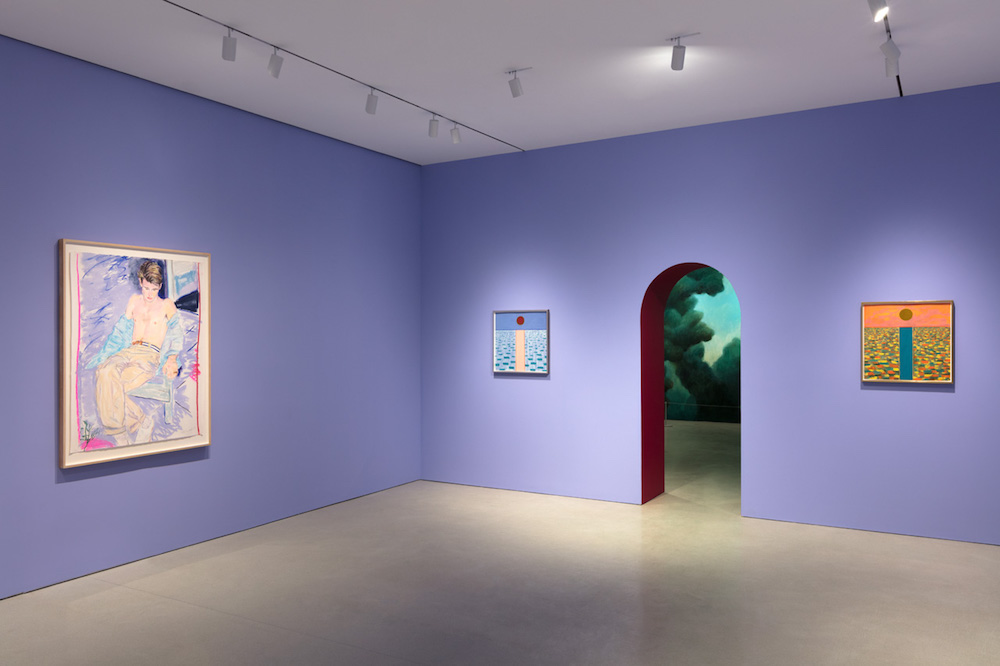 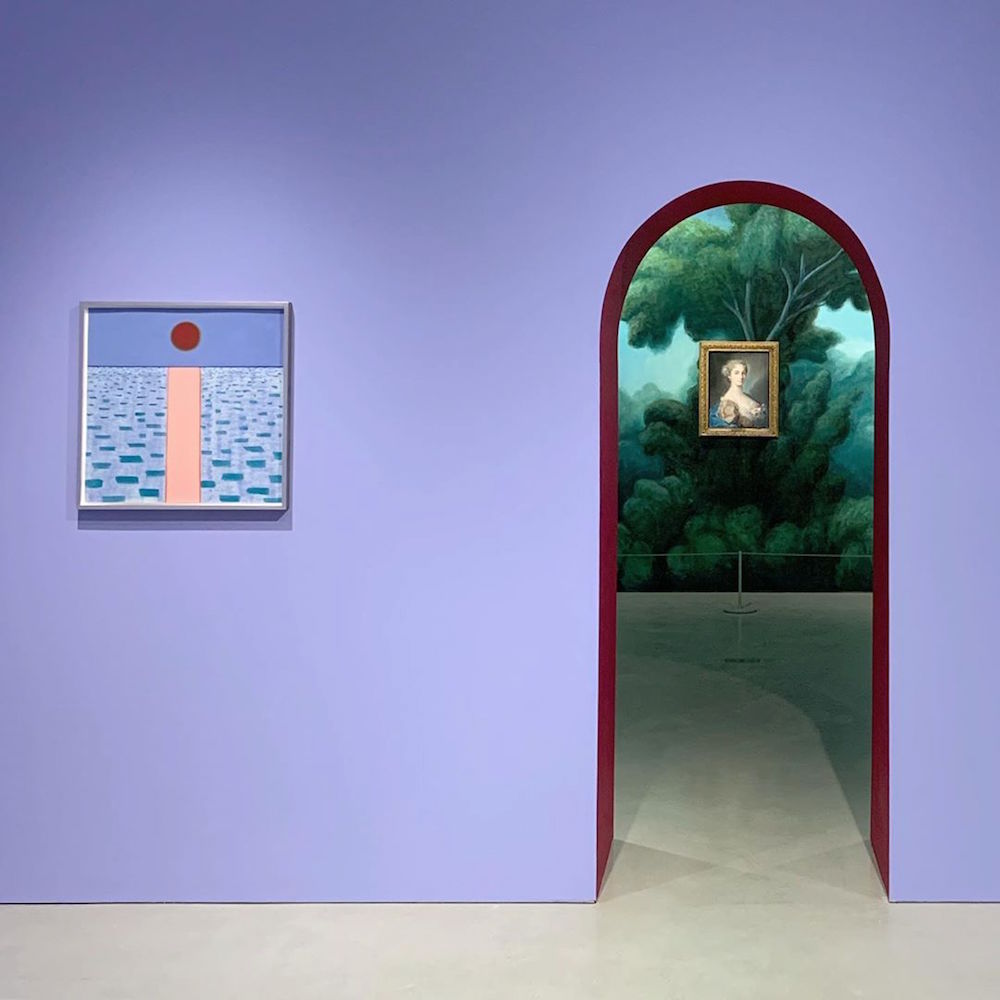 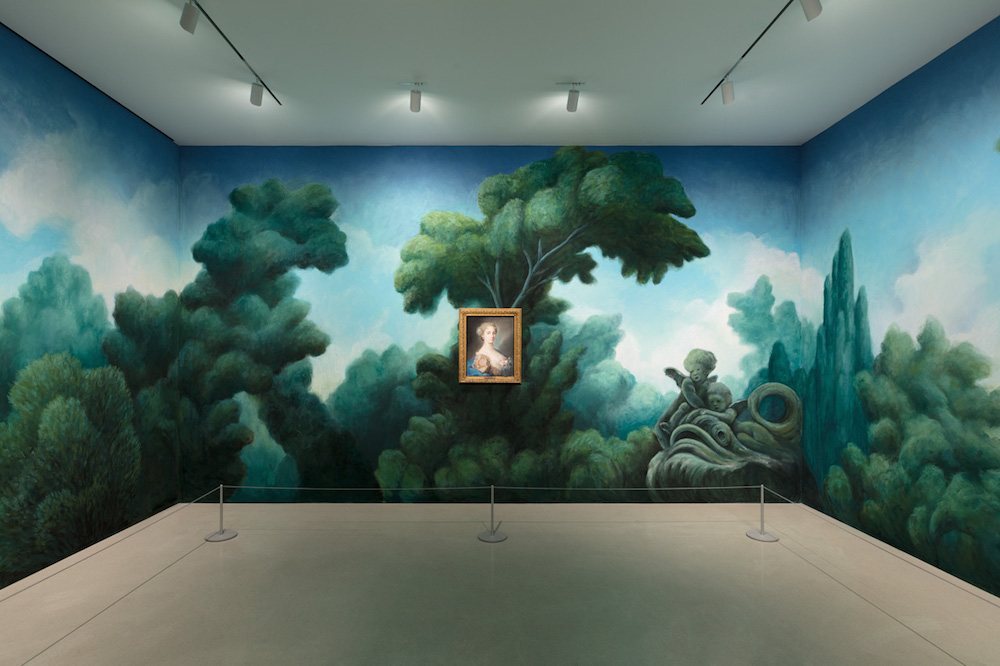 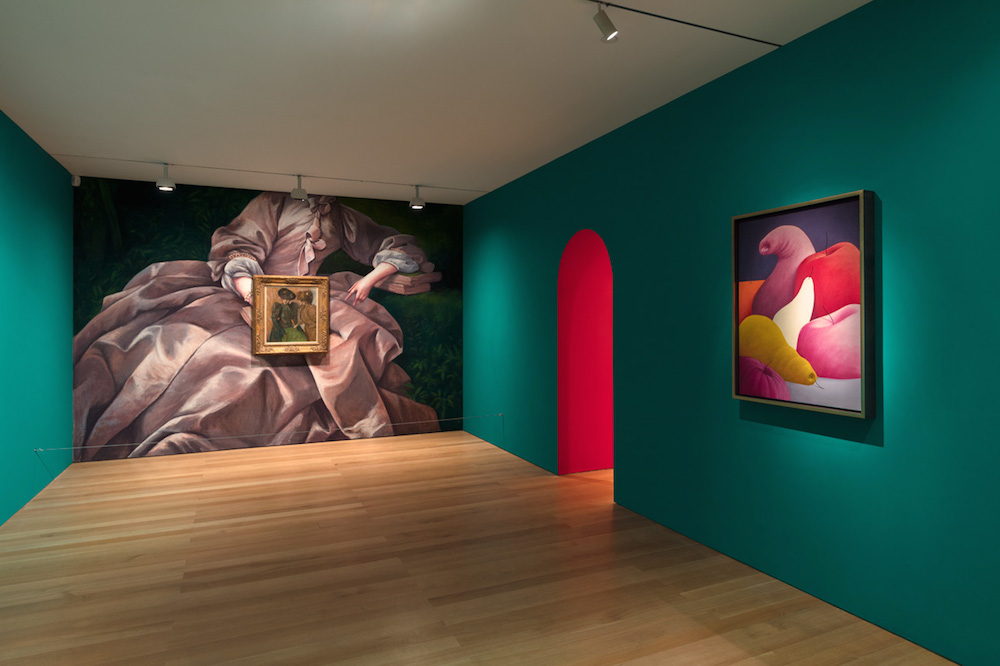 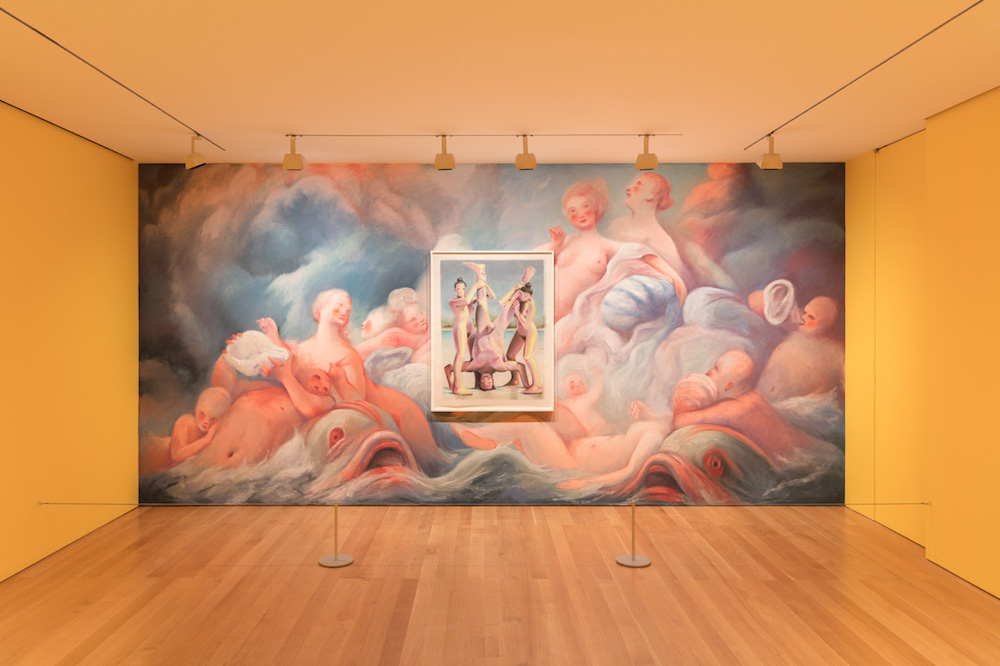 Installation view of "Nicolas Party: Pastel" at The FLAG Art Foundation, 2019. Photography by Steven Probert.
We think you'll like

On October 10th, The FLAG Art Foundation opened a much anticipated two-floor showcase entitled Nicolas Party: Pastel, a unique exhibition that features four large soft pastel murals and a selection of pastel drawings and paintings. The exhibition pays tribute to the legacy of a fragile and ultimately temporal medium and includes work by a wide range of artists, all the way from the eighteenth century to present day. Nicolas Party's early escapades in set-design boosted his artistic ability to transform any venue into immersive spaces in which his work becomes part of a surreal setting. Experimenting further, he converts the foundation's space into a monument of the artist's favorite medium: pastel.

Over the course of two weeks, Party altered the space into a multi-colored stage dominated by four soft pastel murals. Ranging from a smaller image of the signature fruit arrangement to an overwhelming three-wall landscape image that transforms the gallery into an imaginary outdoors, each in-situ intervention creates the backdrop for the works on view. Particularly impressive are two Rococo-inspired images, which nod to pastel's brief golden age in 18th-century France. A woman wearing an oversized satin dress and floating in a mythical garden evokes a glorious past and showcases much-admired qualities of the medium.

Connected through FLAG's signature arches, each space presents the timelessness of the medium, featuring works by 17th-century Venetian-born Rosalba Carriera, all the way to Juxtapoz cover artists Robin F. Williams and Toyin Ojih Odutola. Known as an artist who not only popularized small-scale pastel portraiture but also revolutionized the physical medium by binding powders into uniform sticks, Carriera's work manifests "the centerpiece and impetus of his presentation," according to Party. Timelessness is further highlighted by the juxtaposition of contemporary works, such as Loie Hollowell's abstract imagery cast against the large murals, or Degas and Cassatt masterpieces contrasting the brightly painted spaces and works of Party's contemporaries.

From left: Toyin Ojih Odutola’s “Hide Out,” 2018, and Mary Cassatt’s “Mrs. Alexander J. Cassatt in Blue Evening Gown Seated at a Tapestry Frame,” n.d., both part (but yet to be installed) of the upcoming exhibition “Nicolas Party: Pastel,” opening this Friday, October 11, 6-8pm at the @flagartfoundation, on view through February 15, 2020 #ToyinOjihOdutola @toyinojihodutola #MaryCassatt #NicolasParty @nicolasparty #NicolasPartyPastel

The selection of artists showcases the unmistakable attributes of pastel, such as its radiant palette, satin tones, delicate feel and dreamy atmospheric qualities, while also functioning as a tool for social change. Once utilized to portray pale-skinned European aristocracy, the velvet medium is now occasionally used to engage African American portraiture or provide an openly gay view of the male body. –Sasha Bogojev