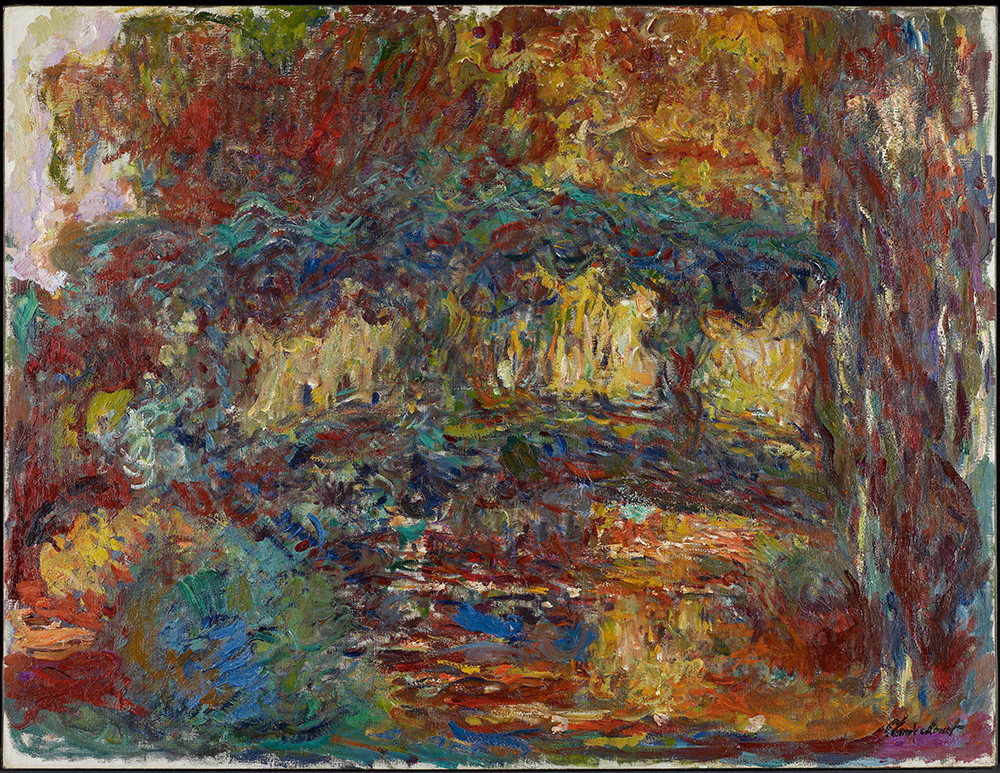 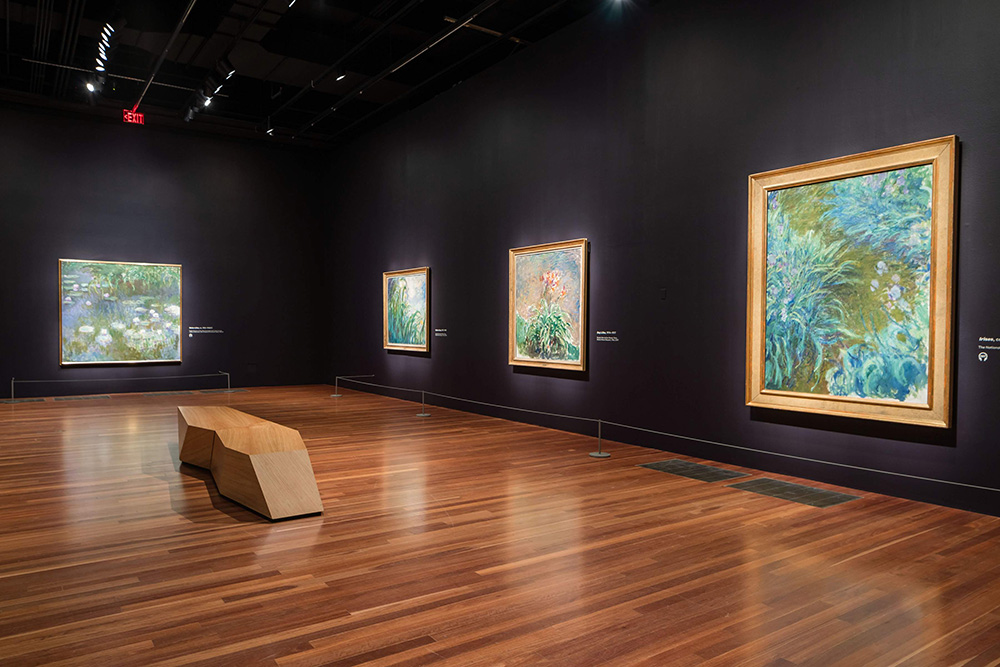 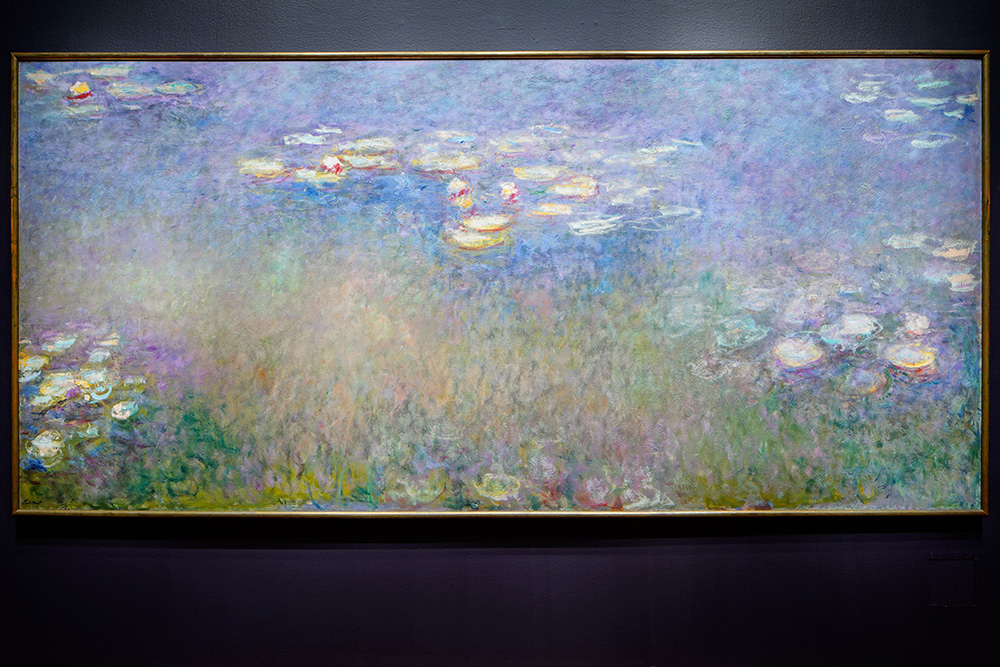 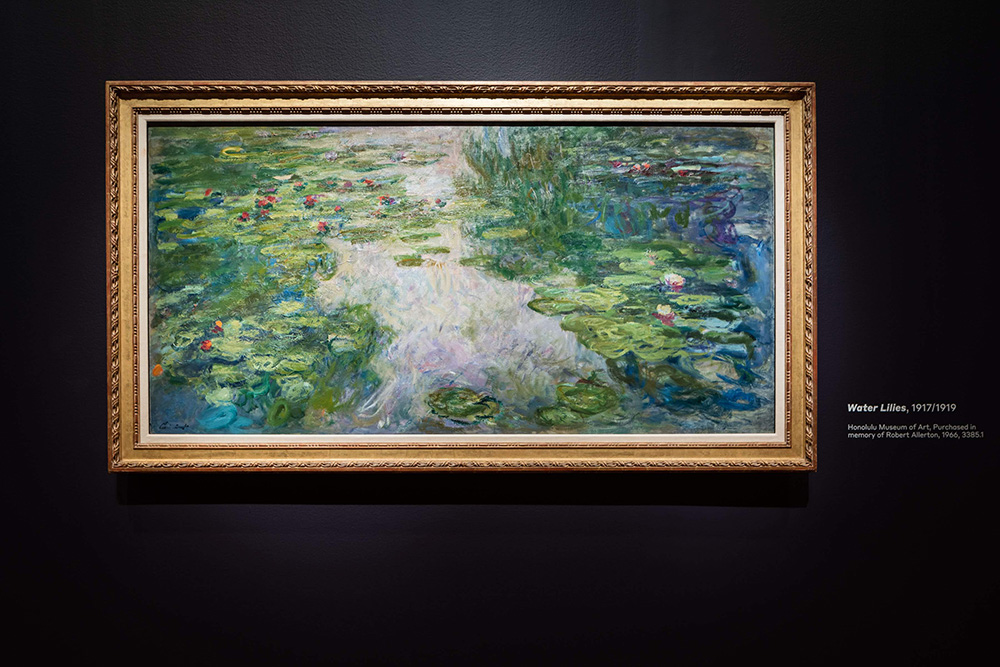 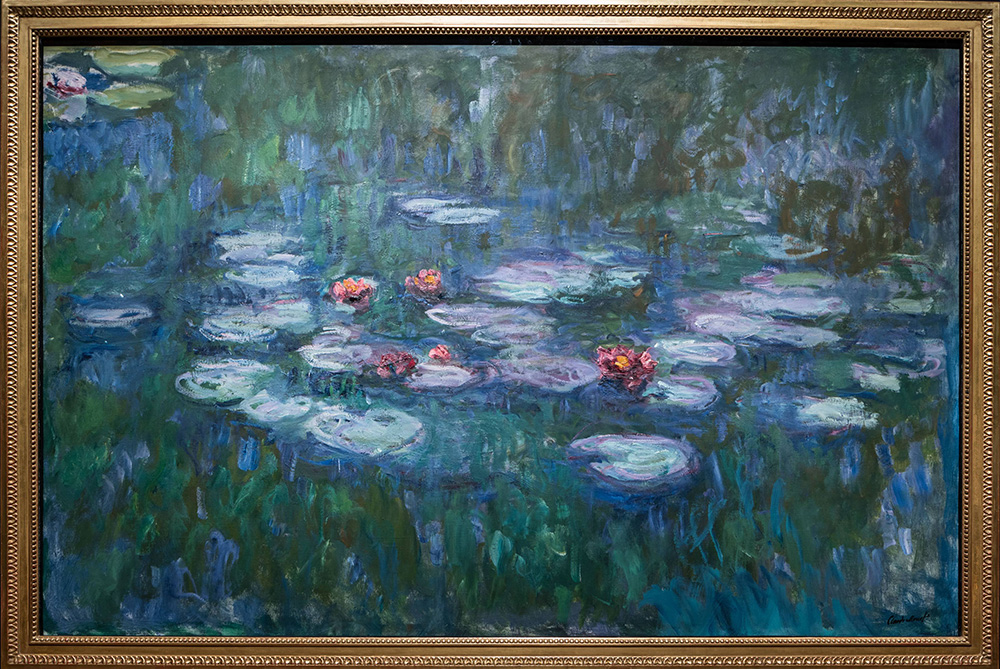 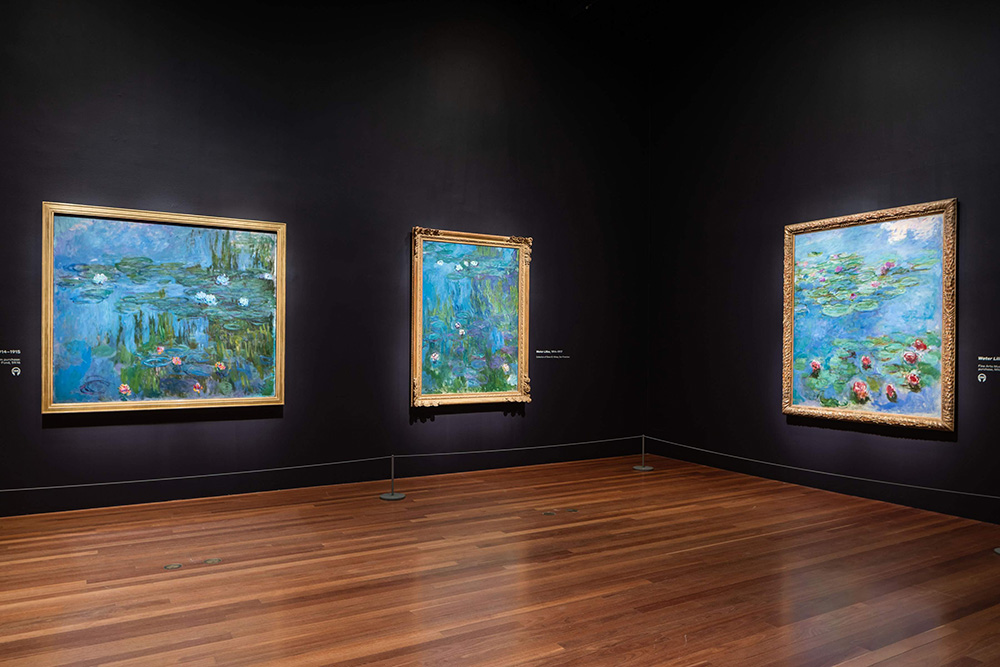 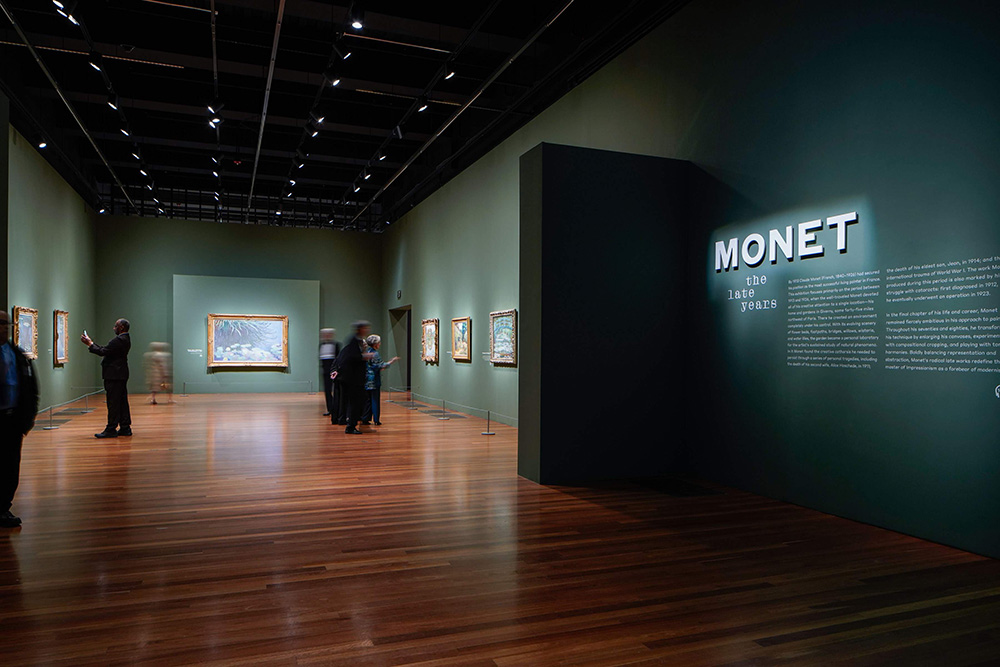 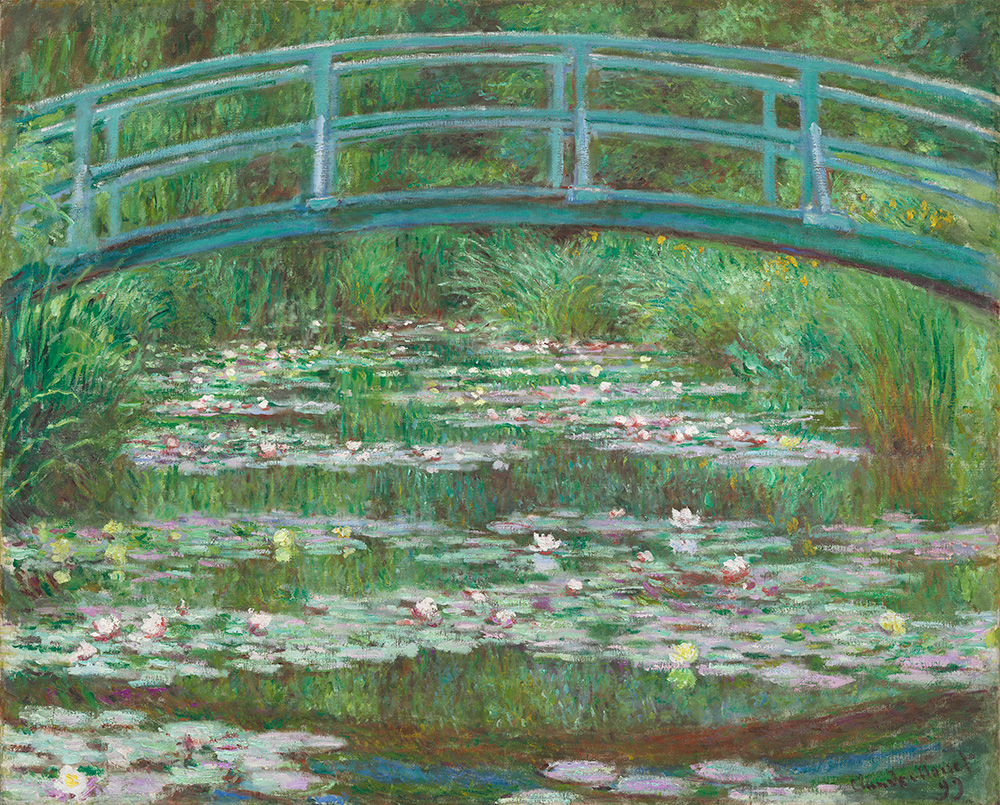 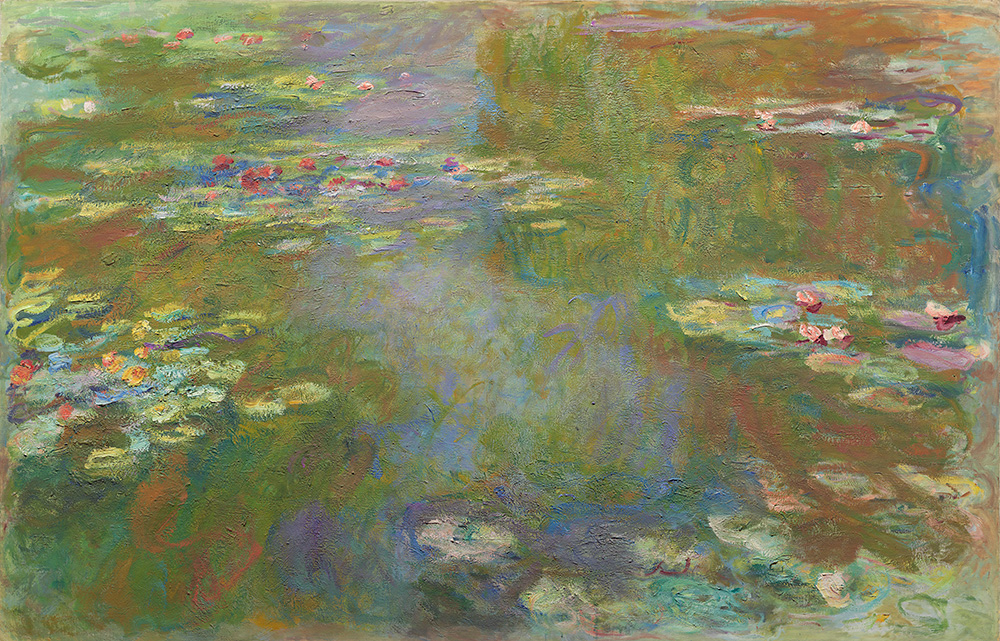 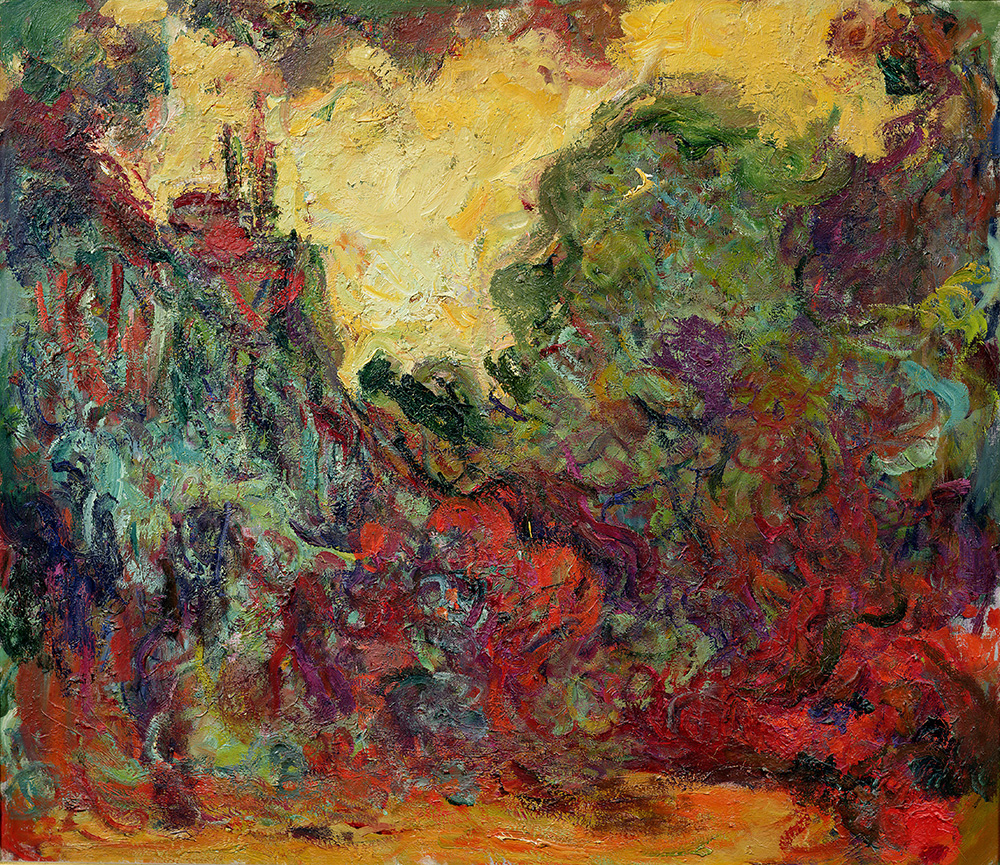 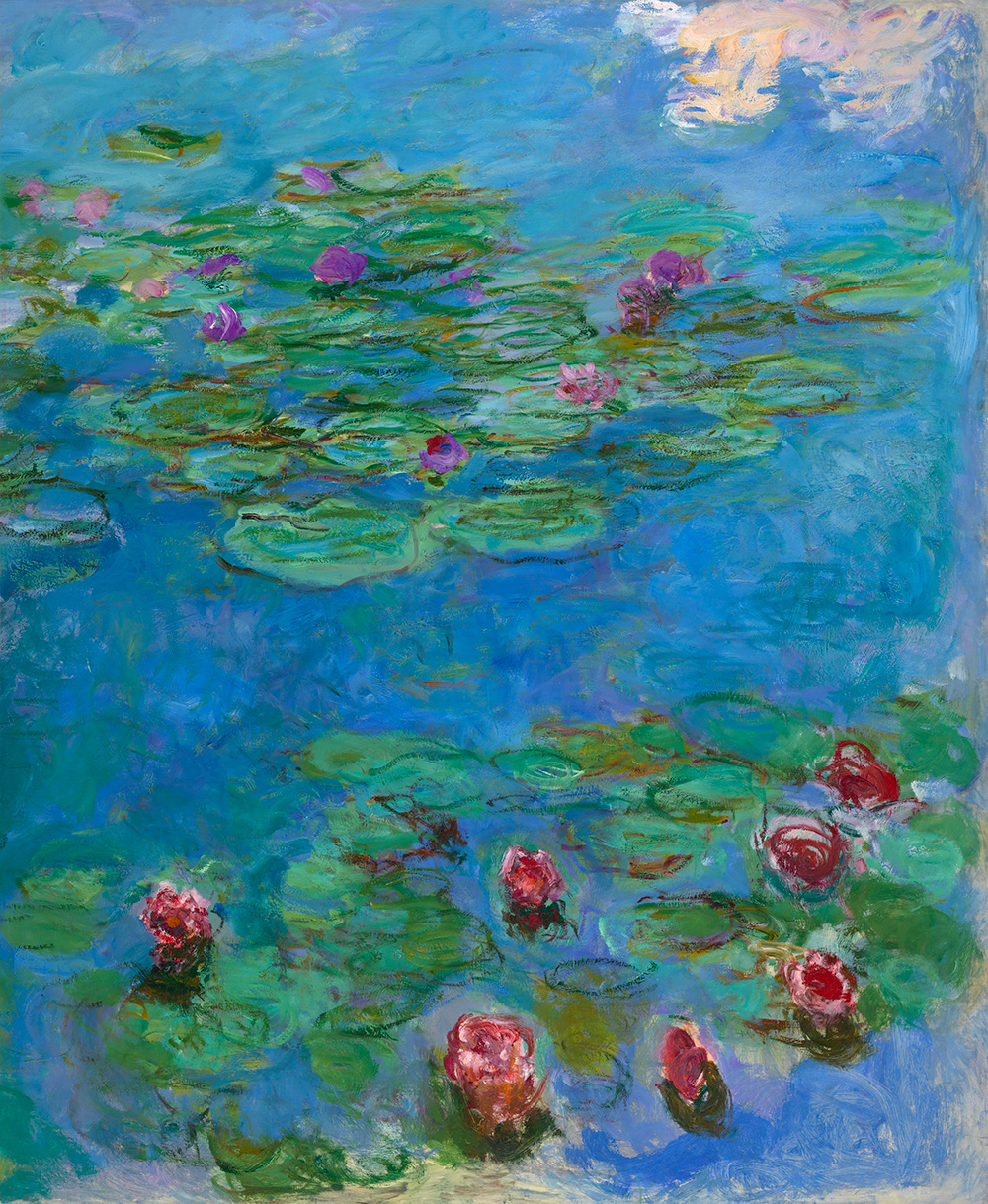 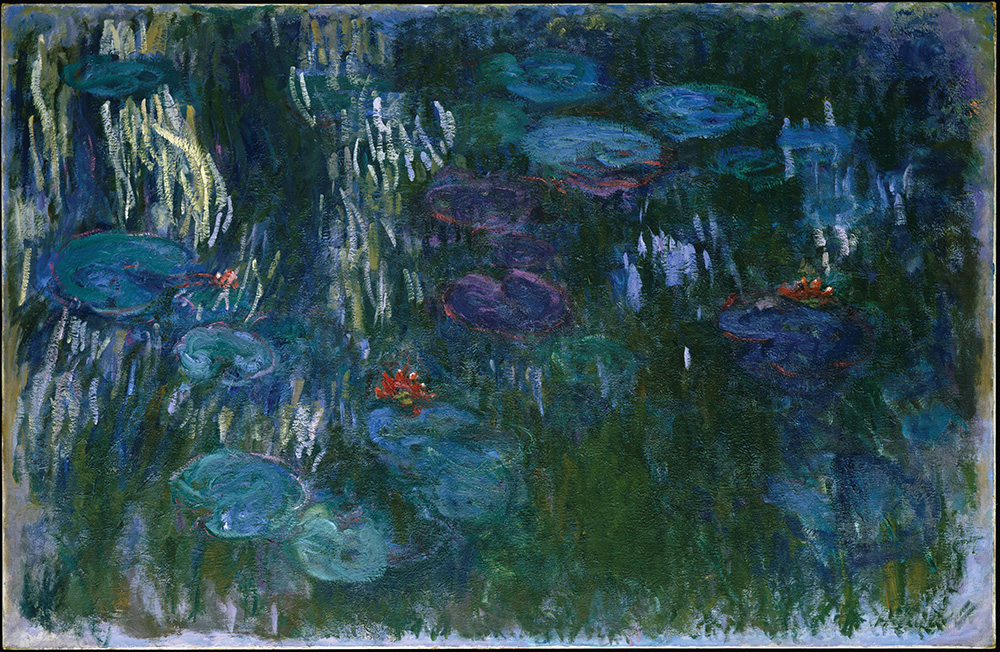 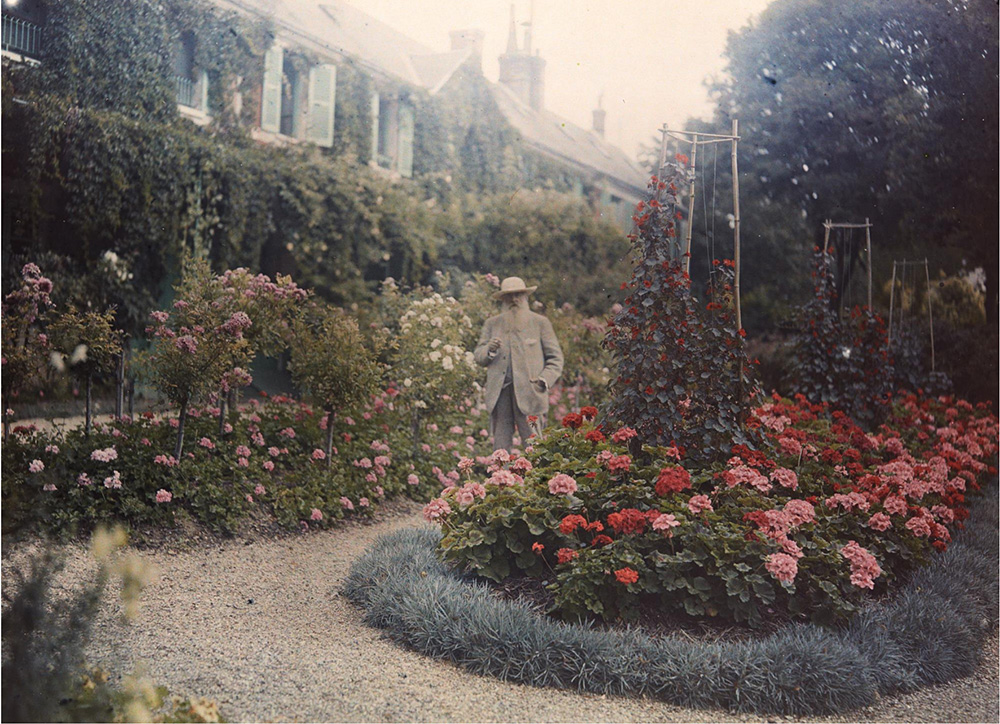 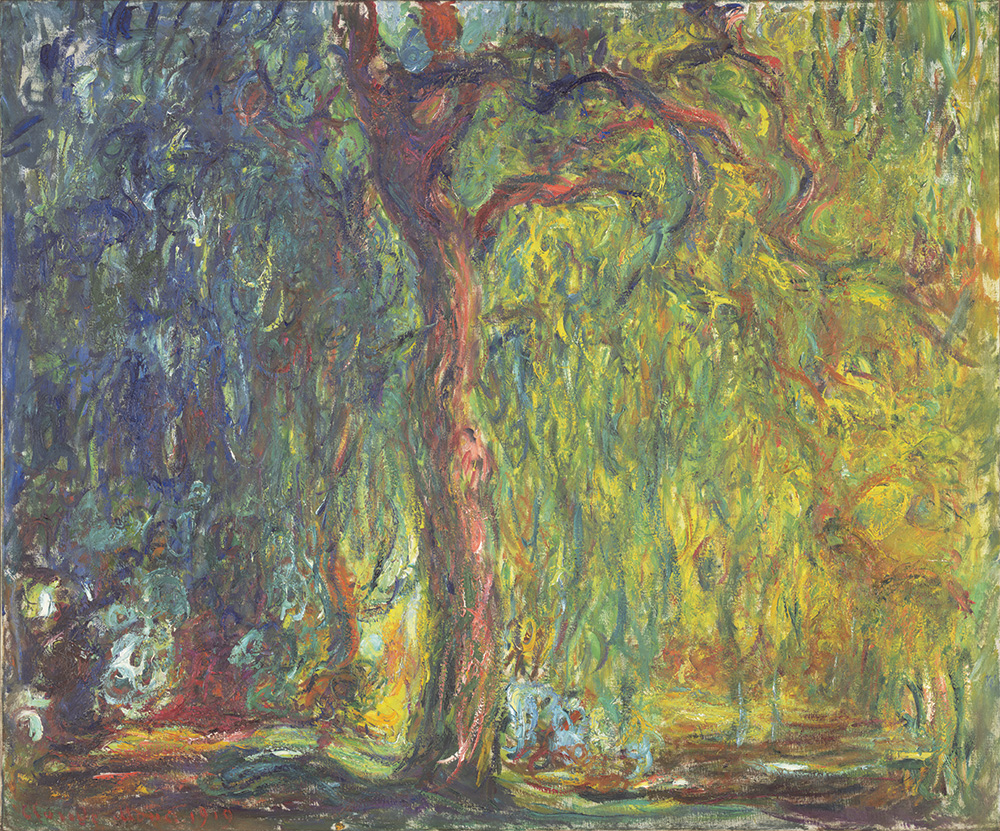 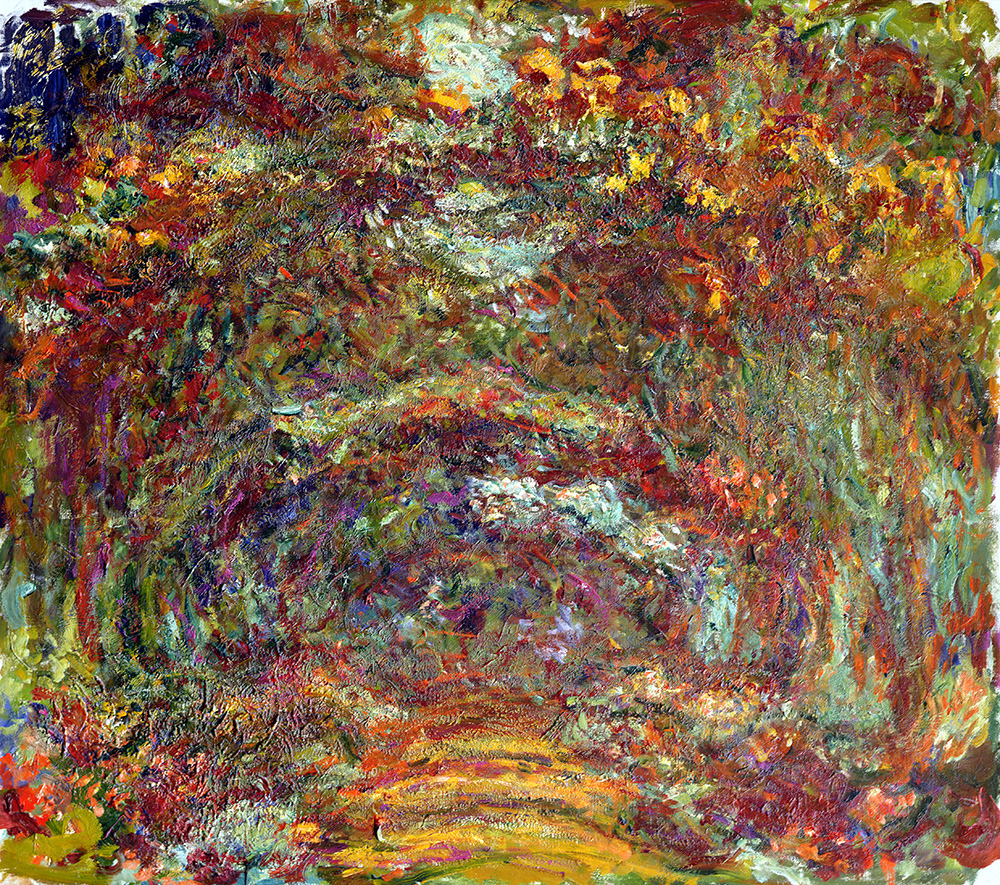 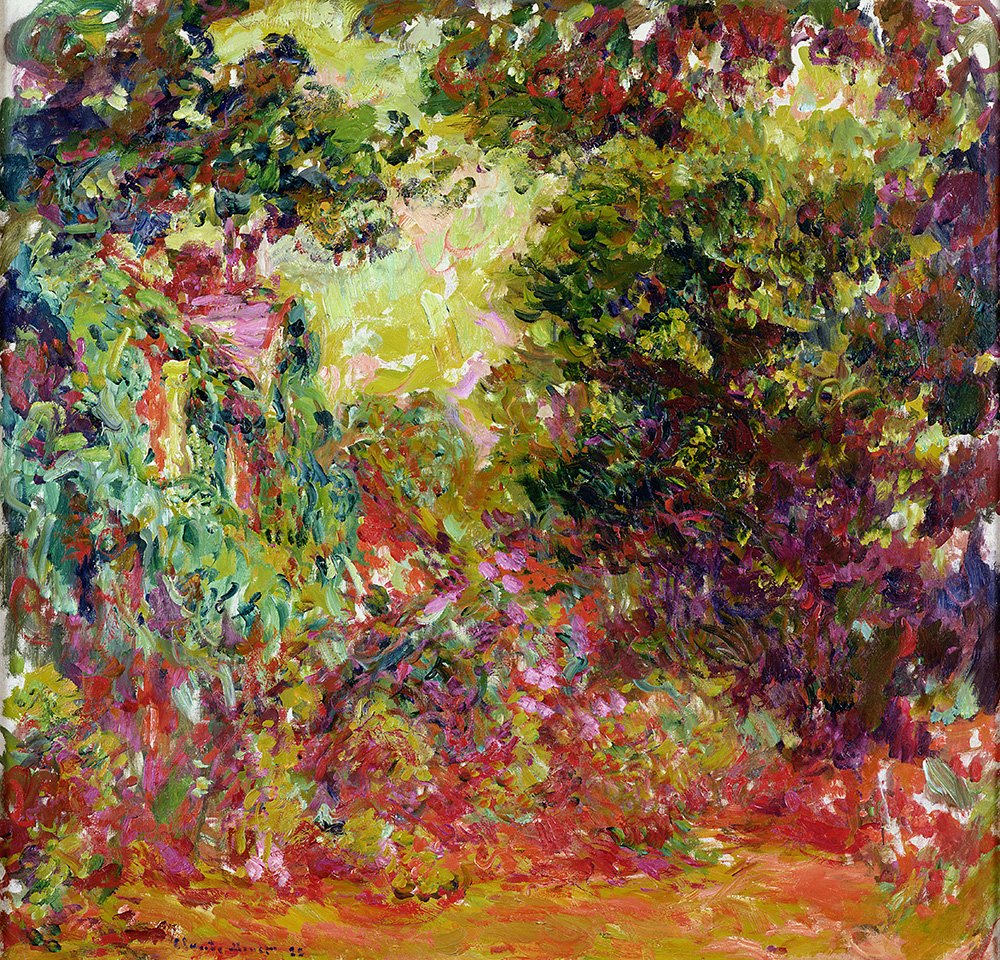 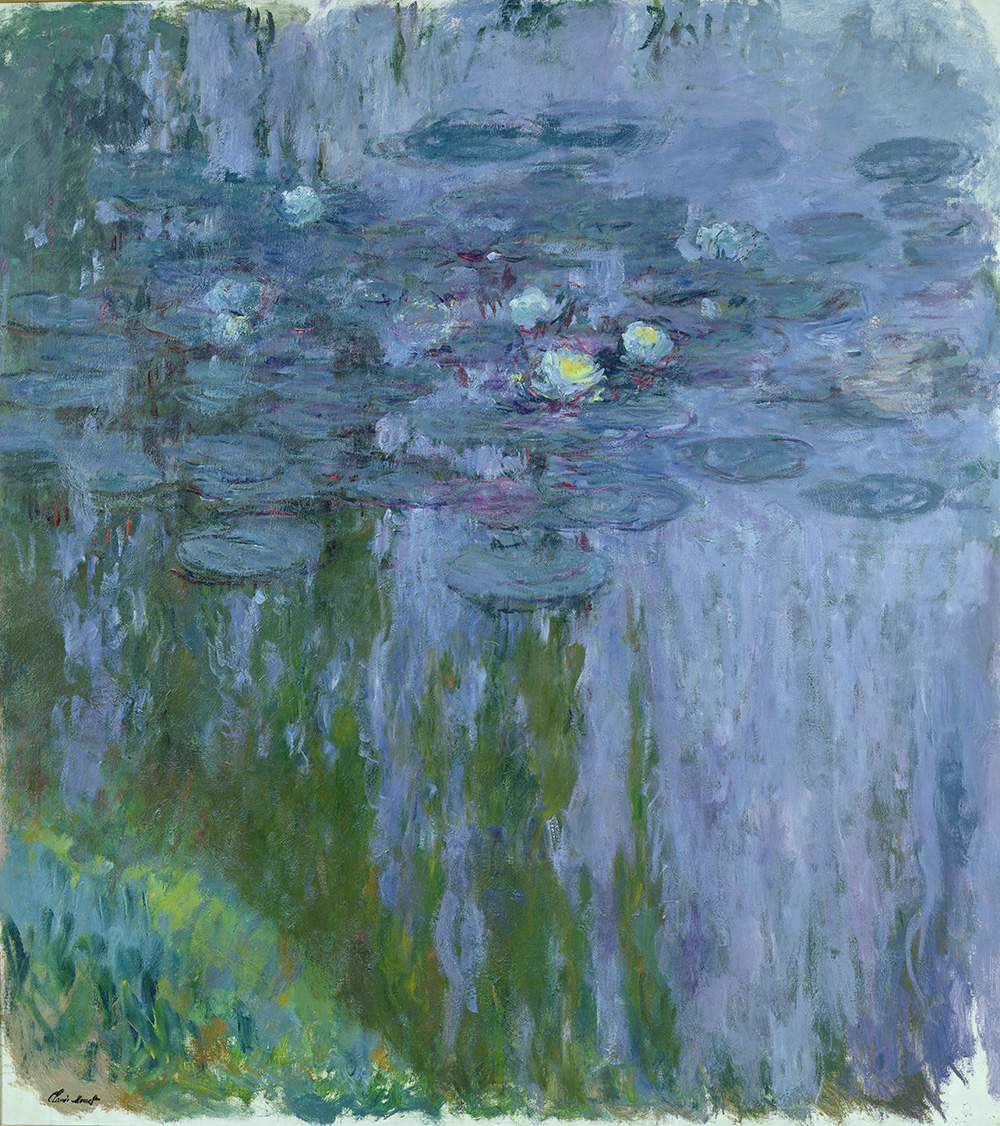 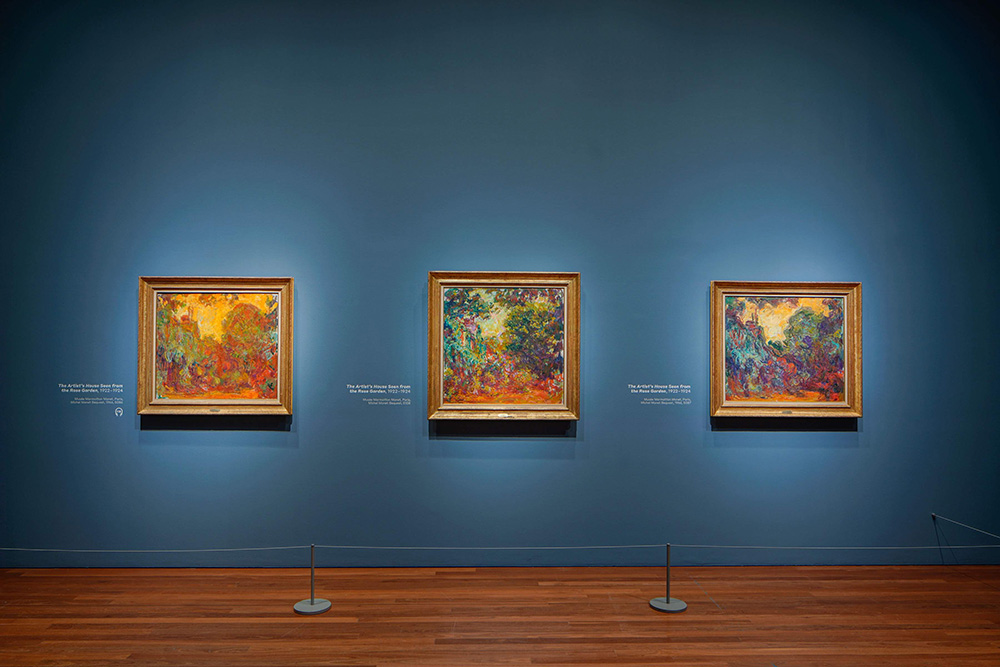 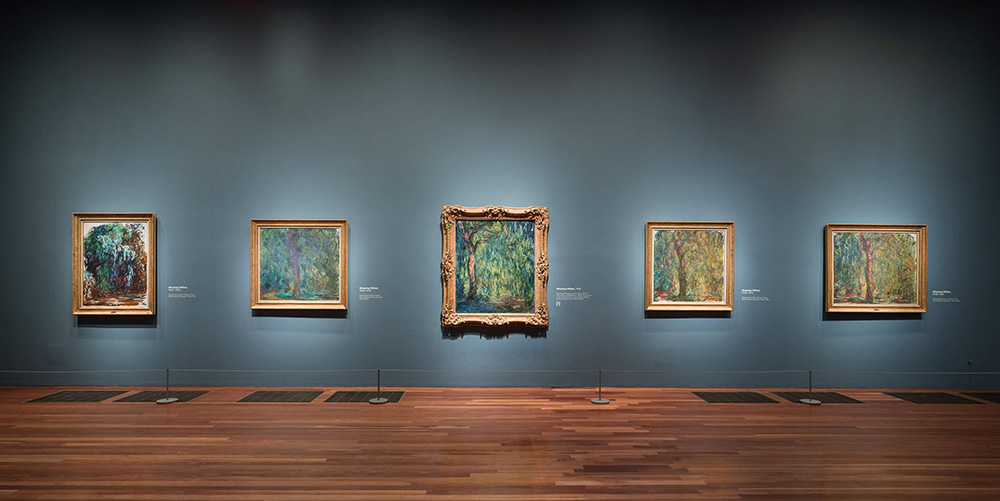 When Monet welcomes you at the entrance of The Late Years, he gazes with pride and affection for Giverny. More specifically, it’s a photo of Claude Monet in his garden, surrounded by profusions of trees and flowers. He worked very hard cultivating it and looks like a pretty satisfied, lucky guy. Yet the garden was an antidote to grief surrounding the deaths of his wife and son, as well as sadness in the aftermath of World War I. The process of painting that sustained him is on glorious display at the de Young Museum in San Francisco, and it's powerful viewing.

Divest your jaded self and marvel that the Japanese footbridge before you is Monet. The tangled teal and jade strokes of the Japanese footbridge (seven studies!) submerge you into a moody blue, while other times of day singe out in orange flames. Water Lillies pull together en masse or pop out in sun-blinding reflection, like bursts on a pale canvas. The sturdy agapanthus has its moment and weeping willows drape into darkness. Mural-sized Grande Decorations, done from a custom chair with very long legs) create big-screen vistas. And consider that Monet started these in his 70’s, working on many pieces for years at a time, as you’ll see on the dates of the canvases - and painting up until the time of his death. Fittingly, dessert arrives, turning to look at the opposite wall and seeing the water lilies from afar as they come into luminous focus. The Impressionists achieved a radical beauty, and seeing in person is believing.

"Monet: The Late Years," installed by Melissa Burn, shows at the de Young Museum through May 27, 2019.