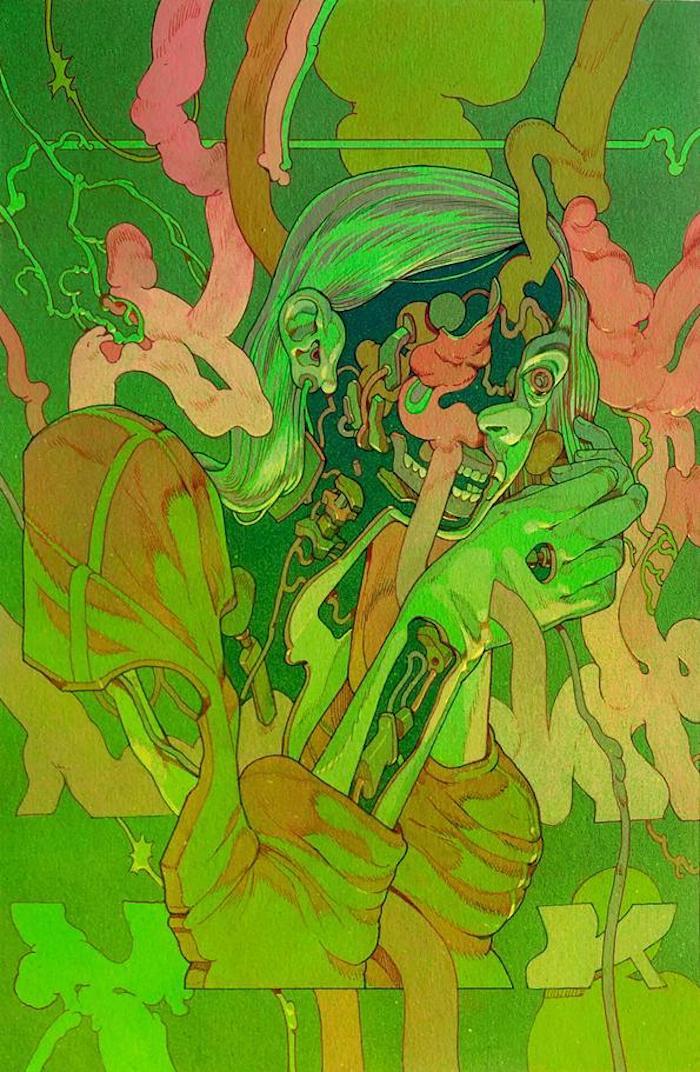 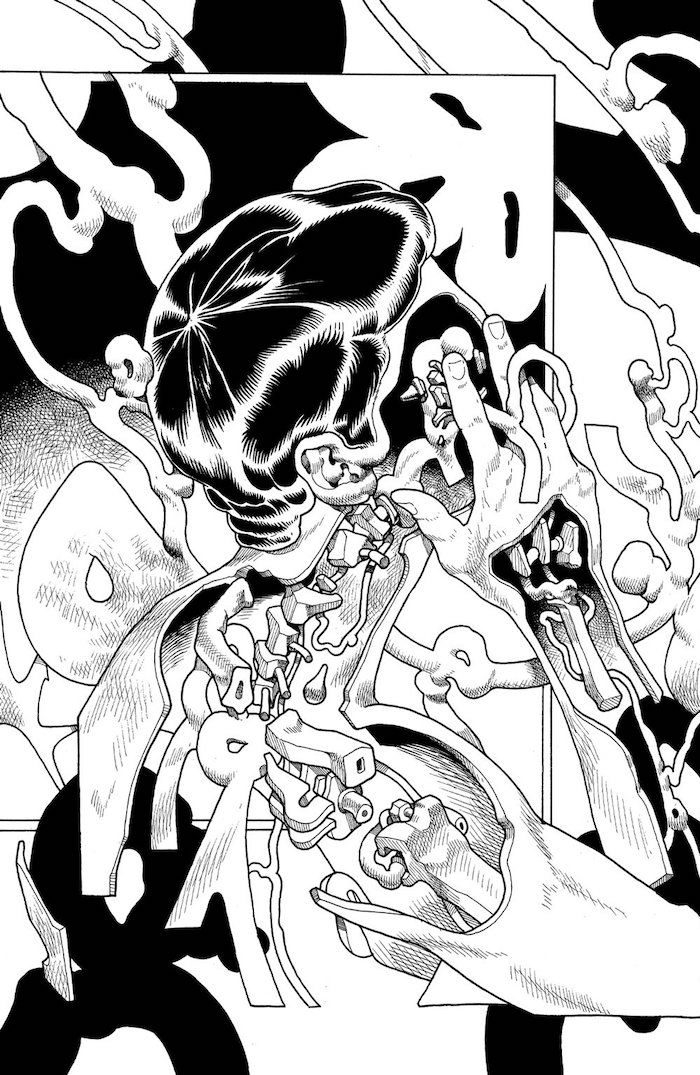 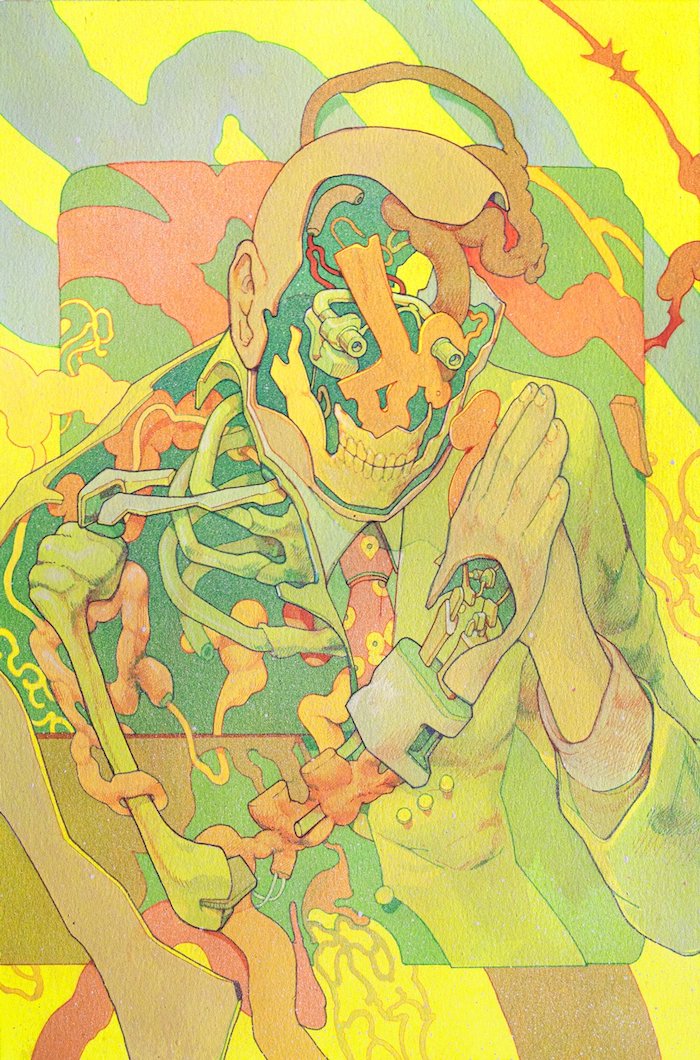 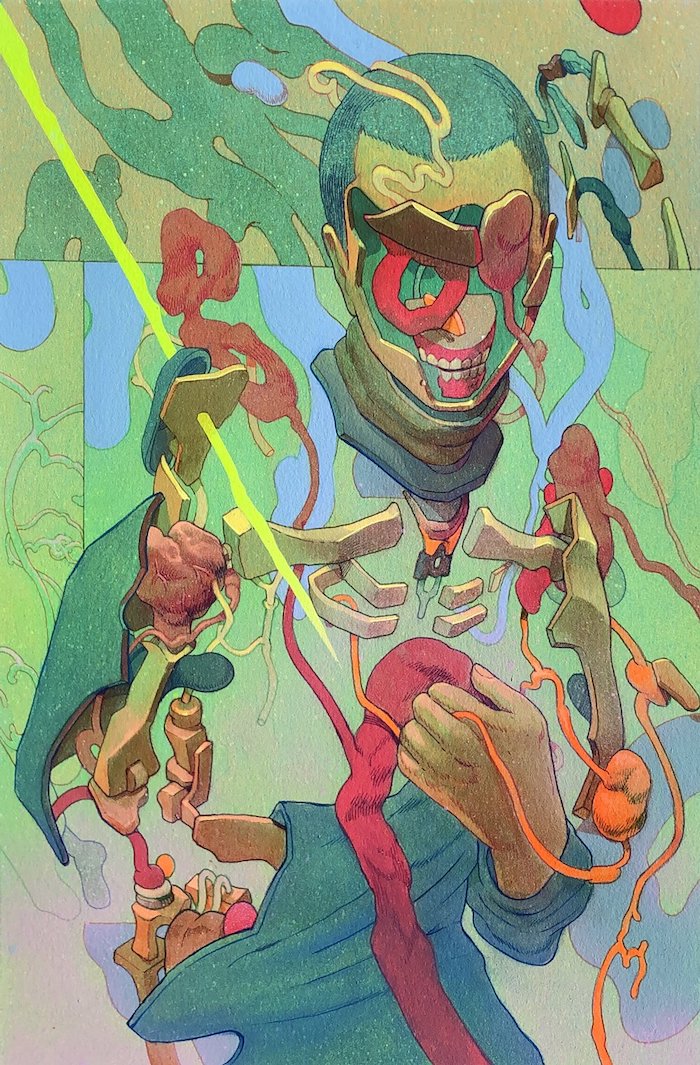 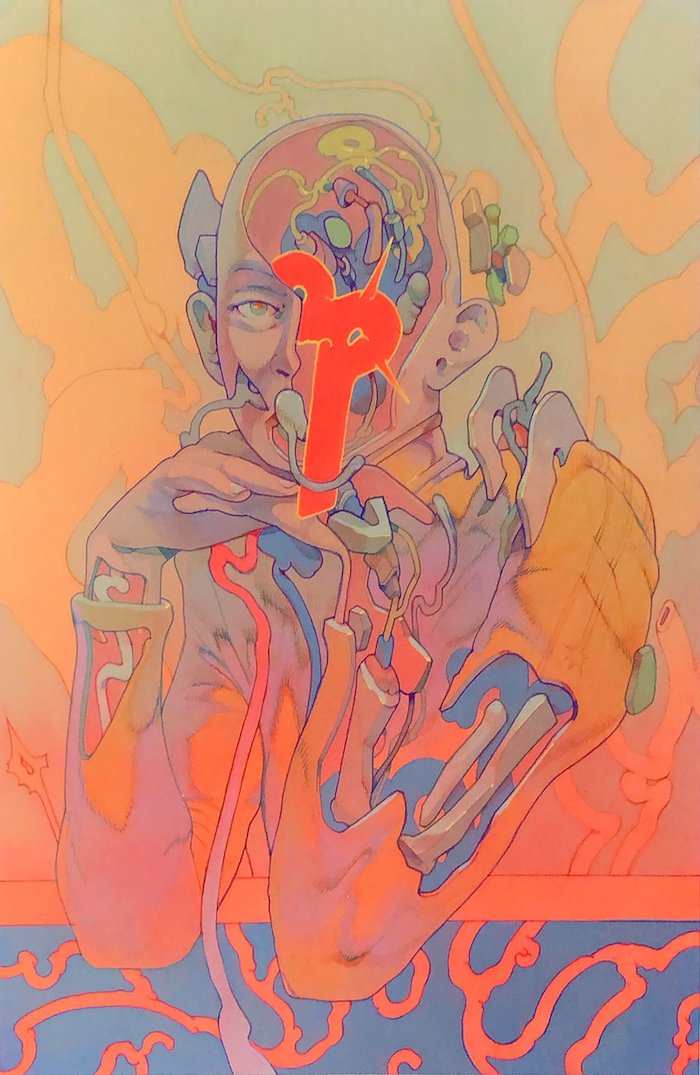 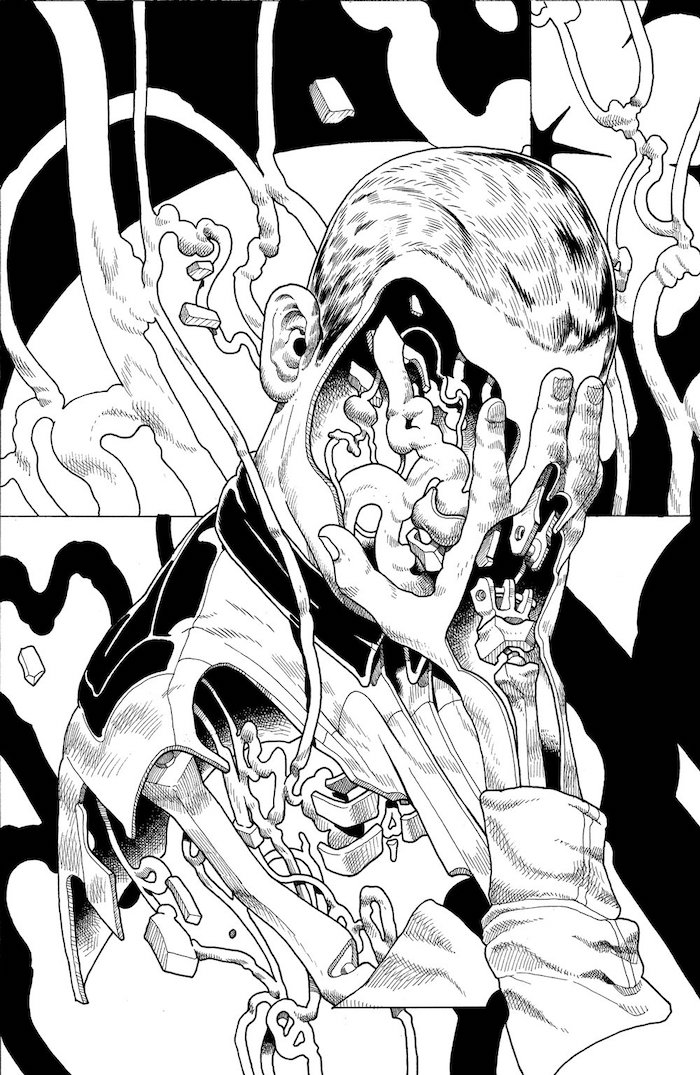 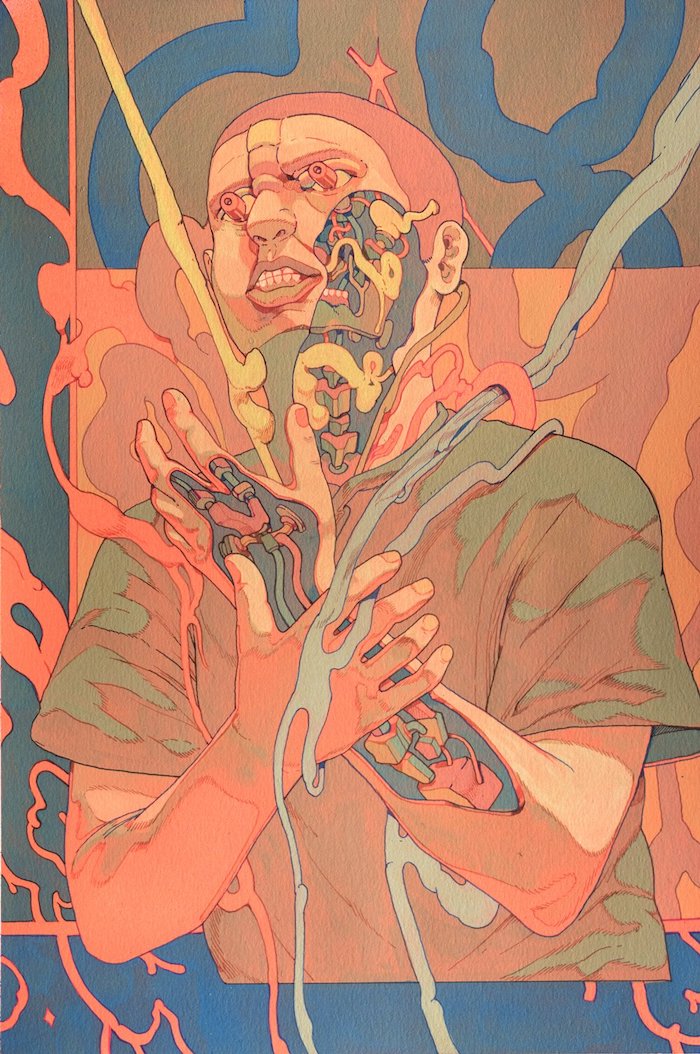 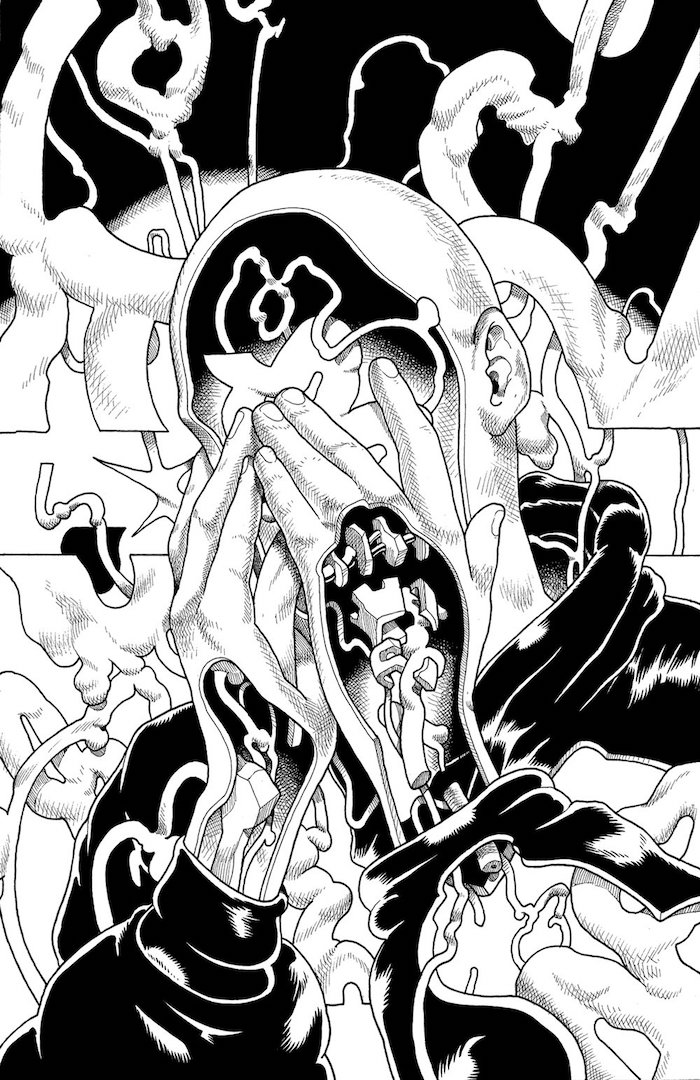 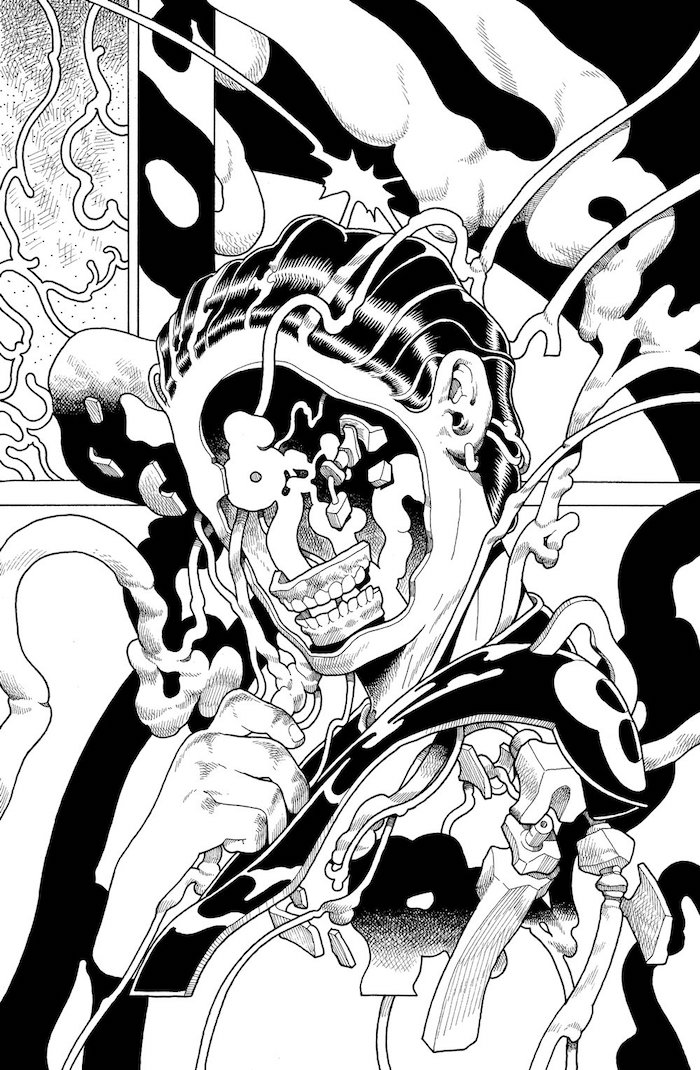 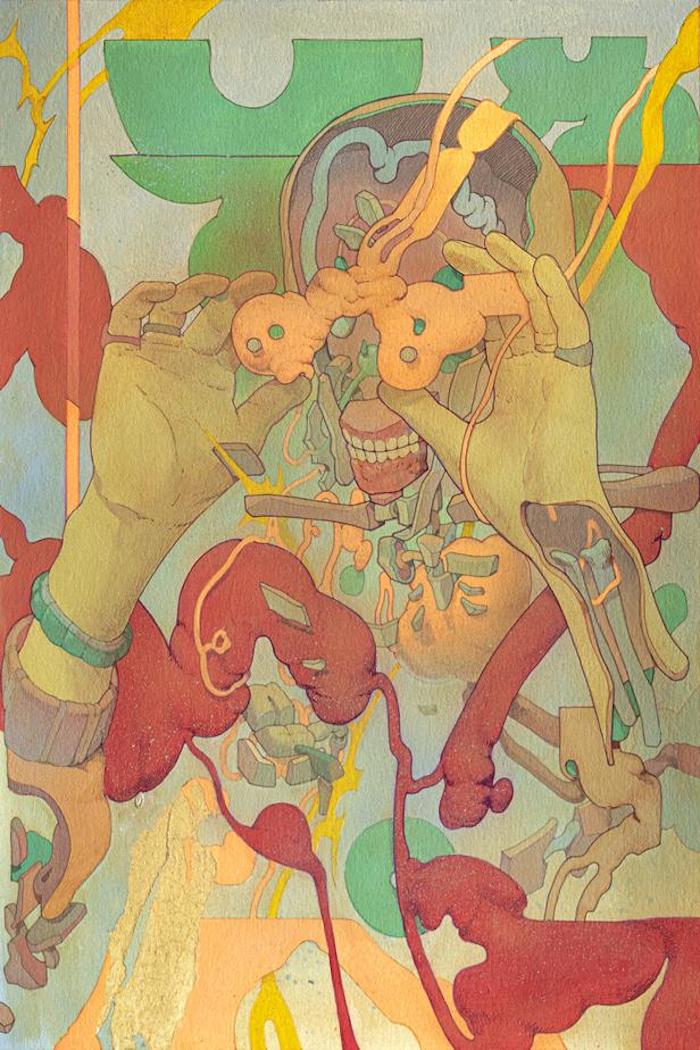 Smithe is an artist from México who is influenced by old local comics, graphic style of the 50's and Sci-Fi movies. At the age of 13 he painted graffiti just for fun and as a hobby. As an autodidactic evolutionist with an attraction to fine art, Smithe is constantly reinventing his style. Over the past years the subjects of his work have explored different themes such as Existentialism, Individuality of the human being and the machine within.

Defragmentation, a common symbol in his work, is used as a vehicle to show the inner elements that power his characters and is shown as a surrealistic machine. Smithe is commonly known for his graffiti, but is also involved in other artistic areas such as illustration, design, sculpture and music. He has exhibited in Japan, Germany, France, Belgium, United Kingdom, Spain, USA, and Mexico.