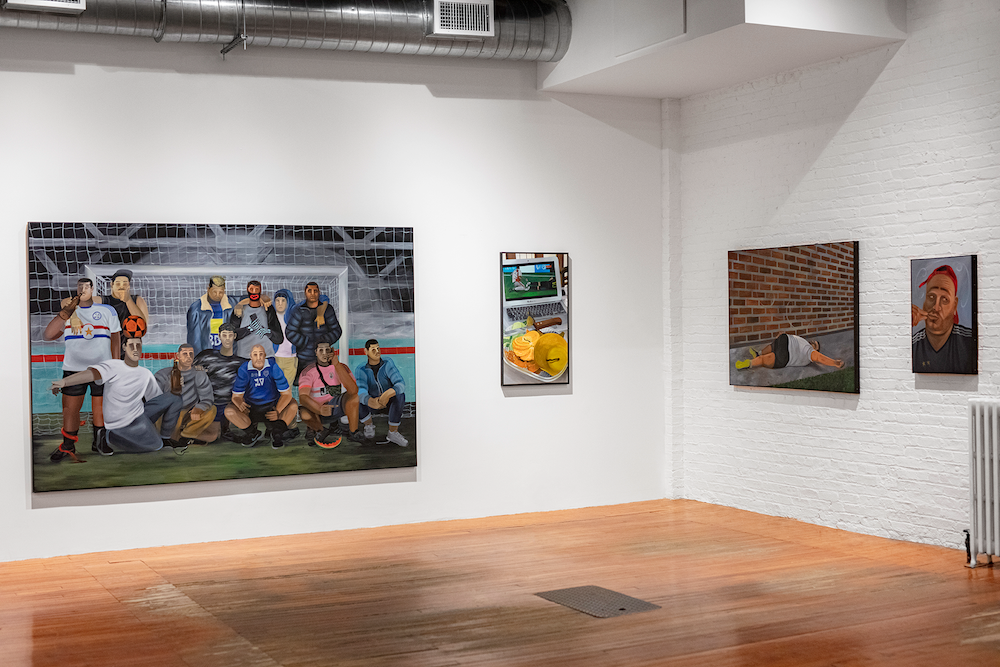 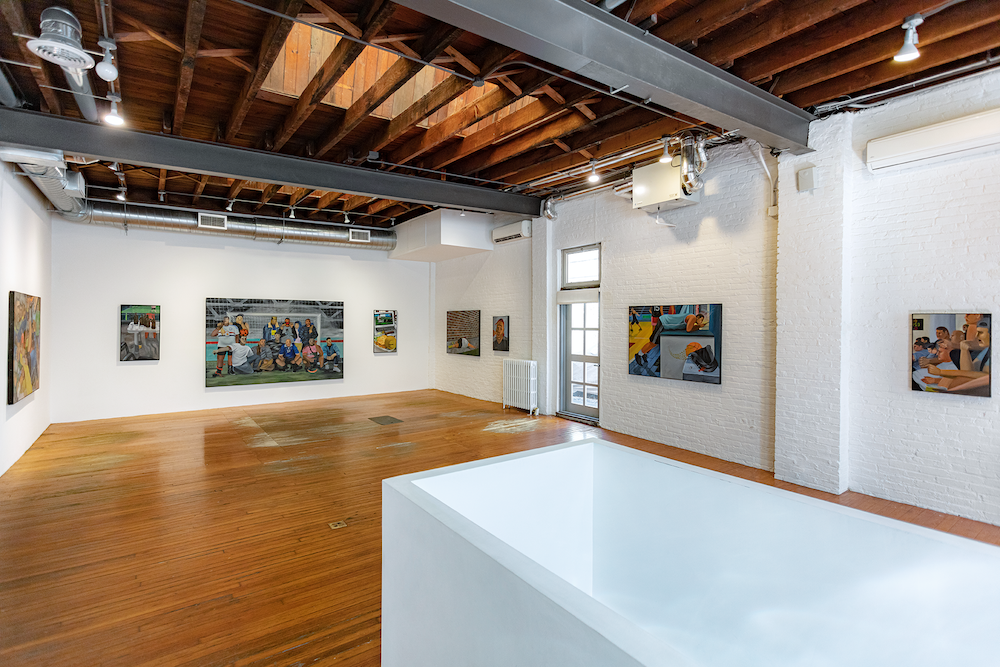 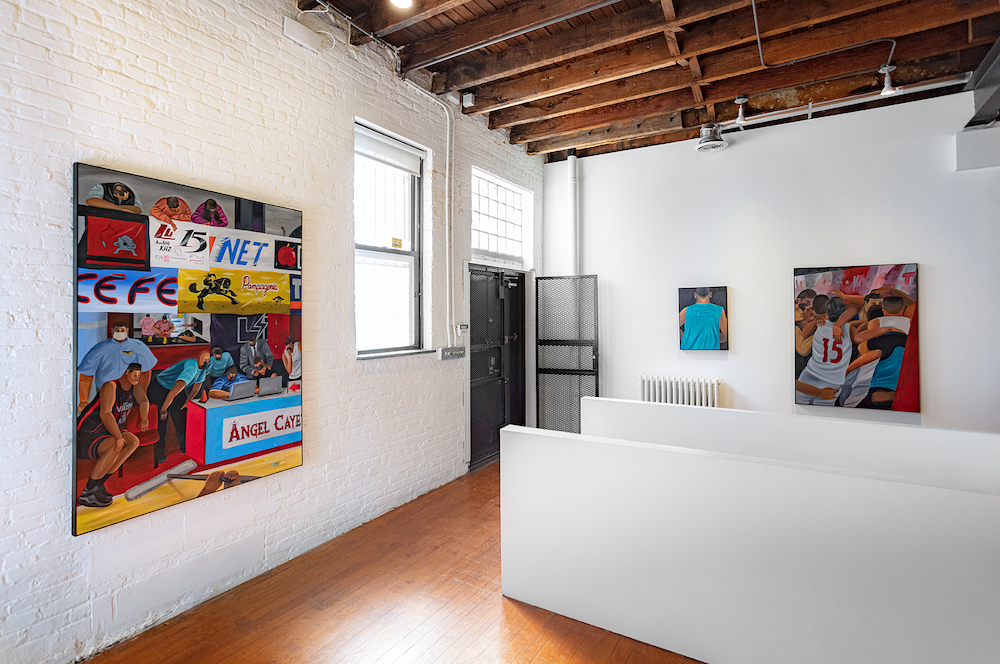 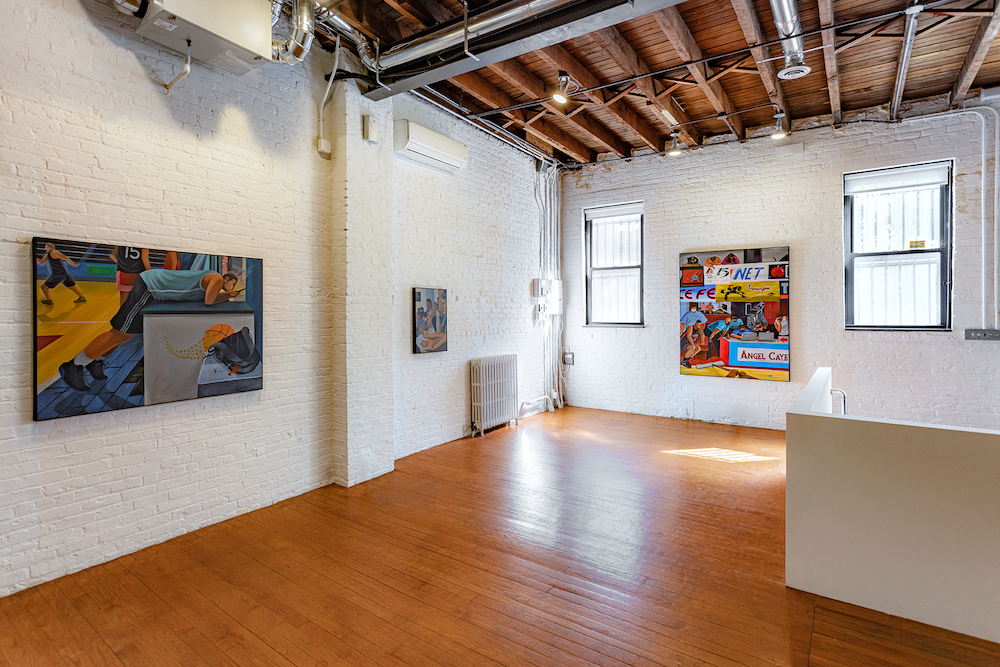 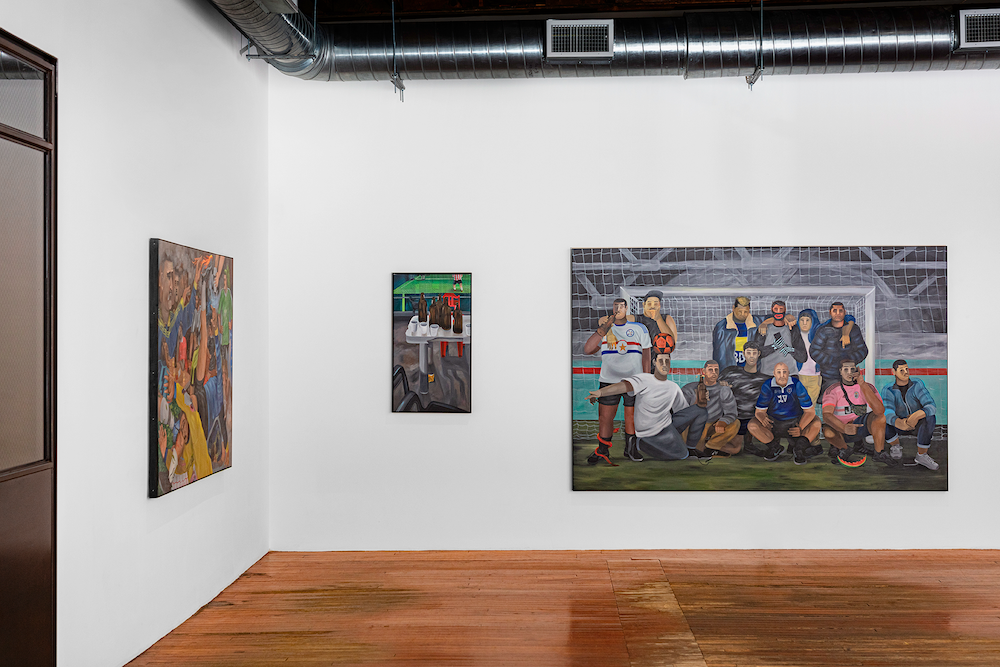 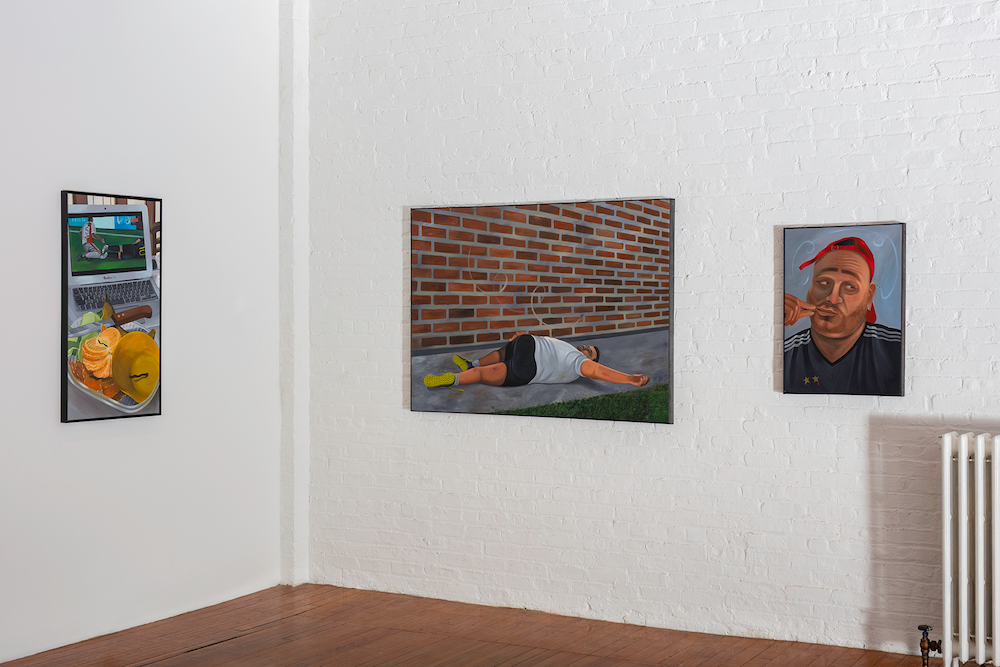 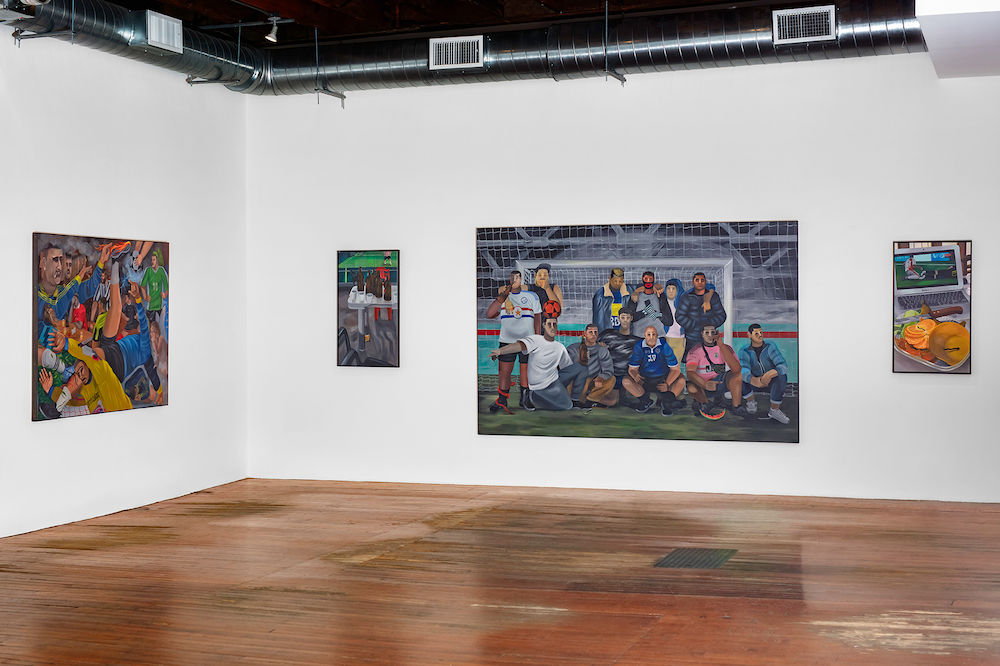 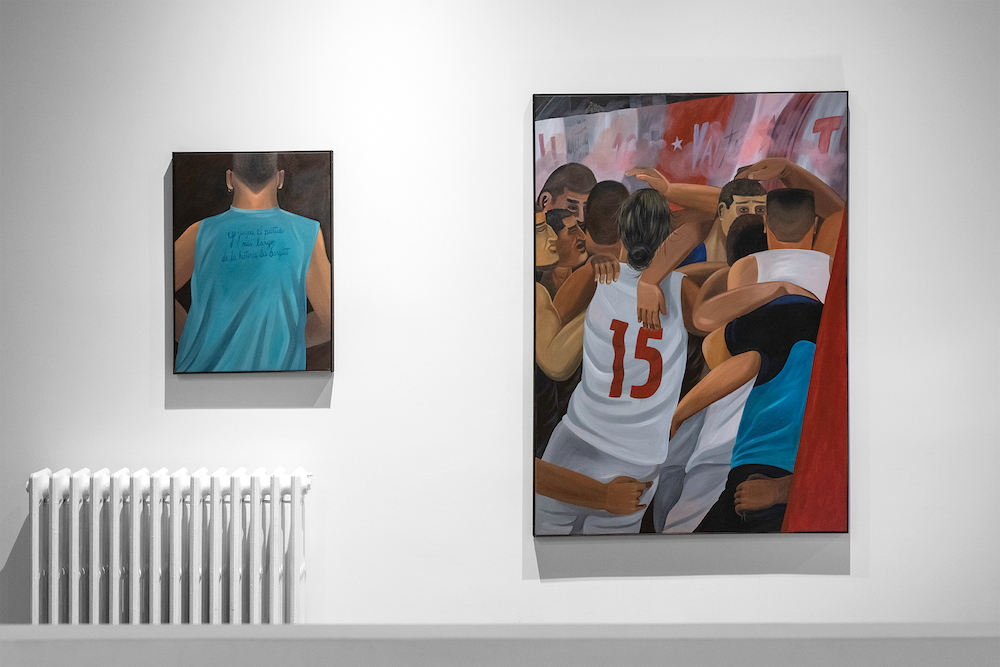 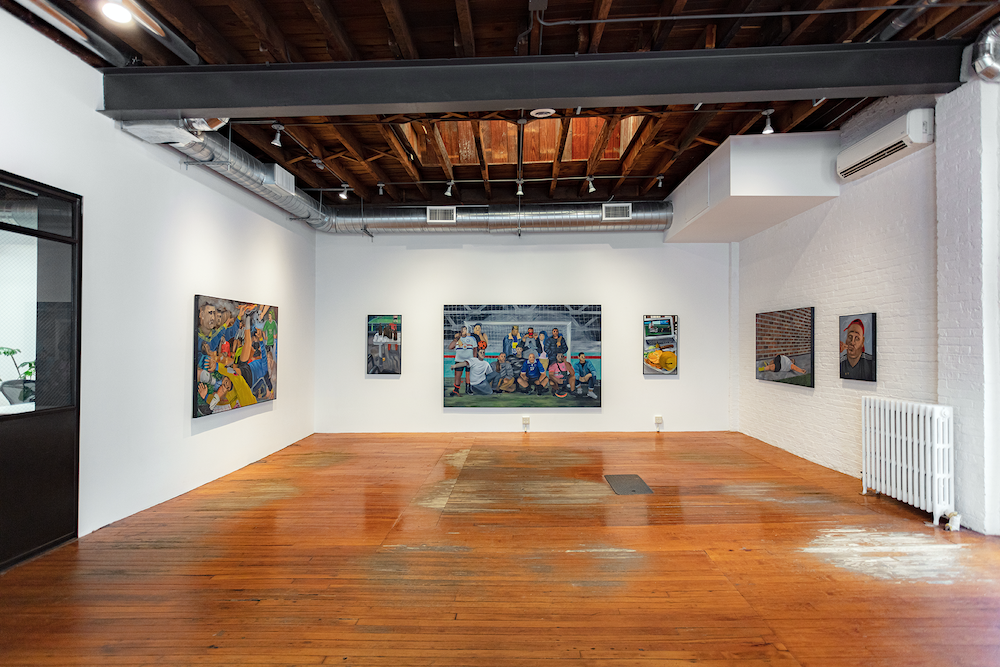 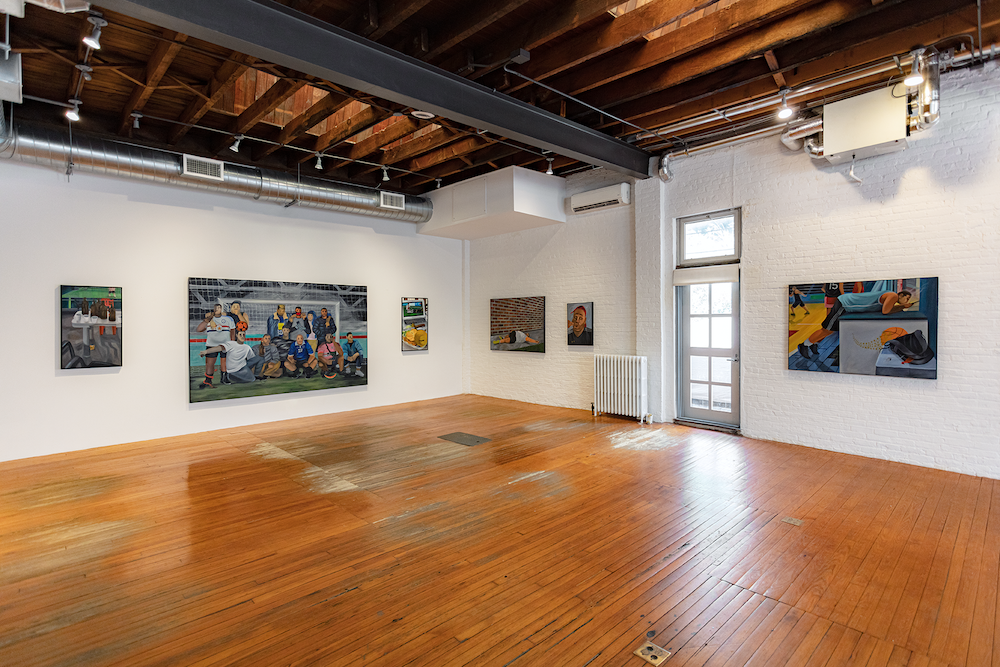 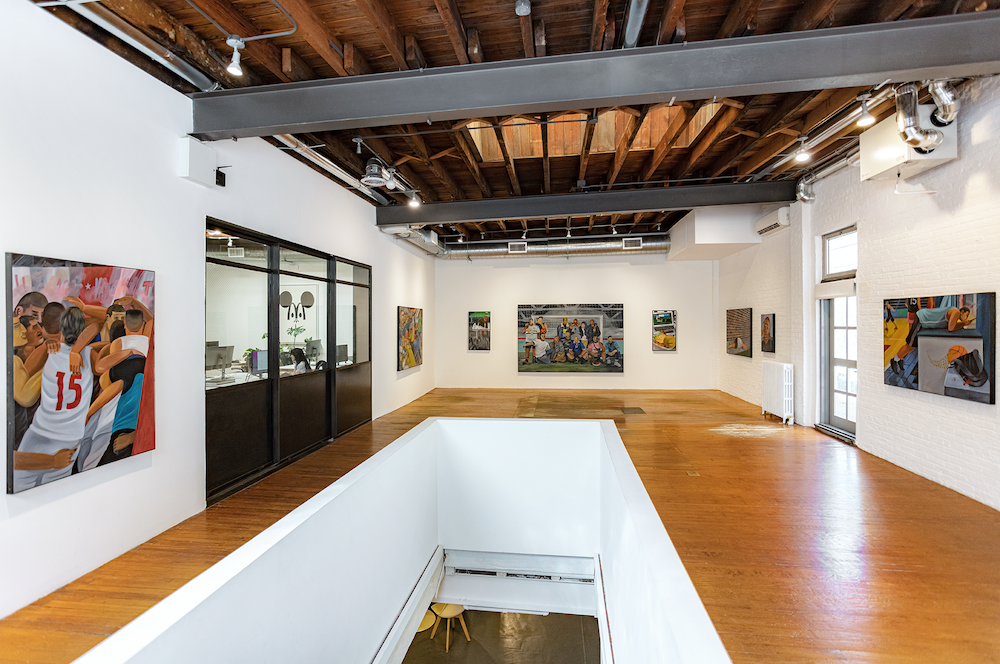 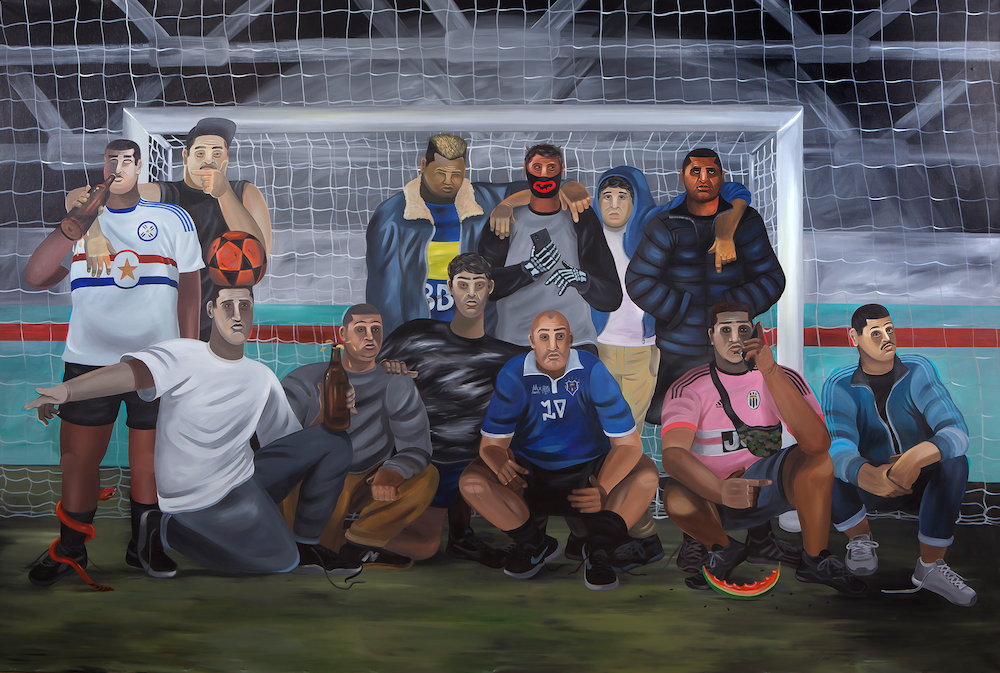 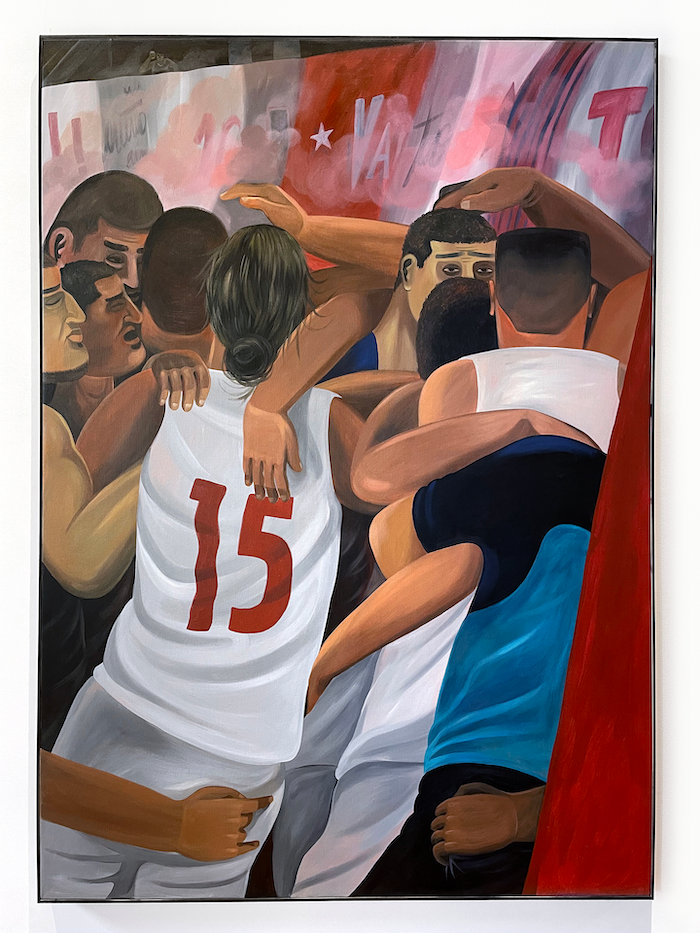 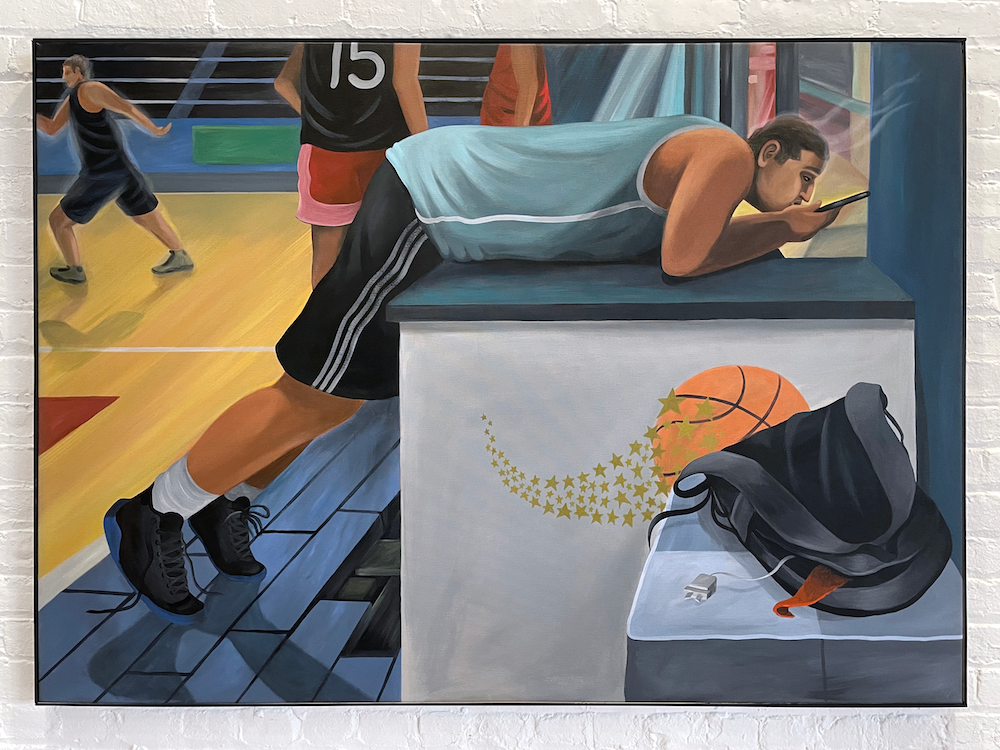 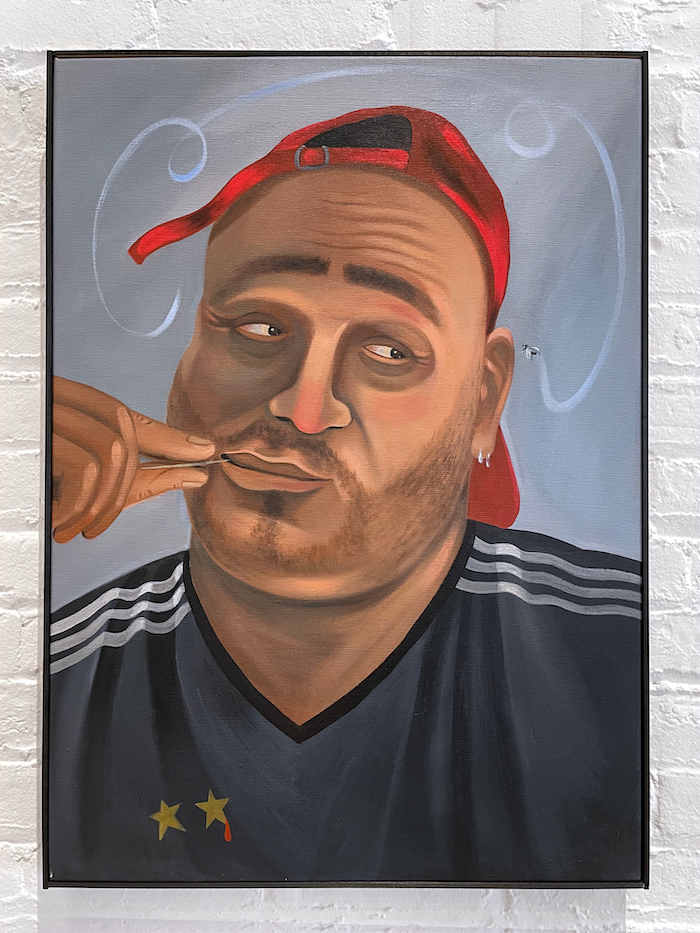 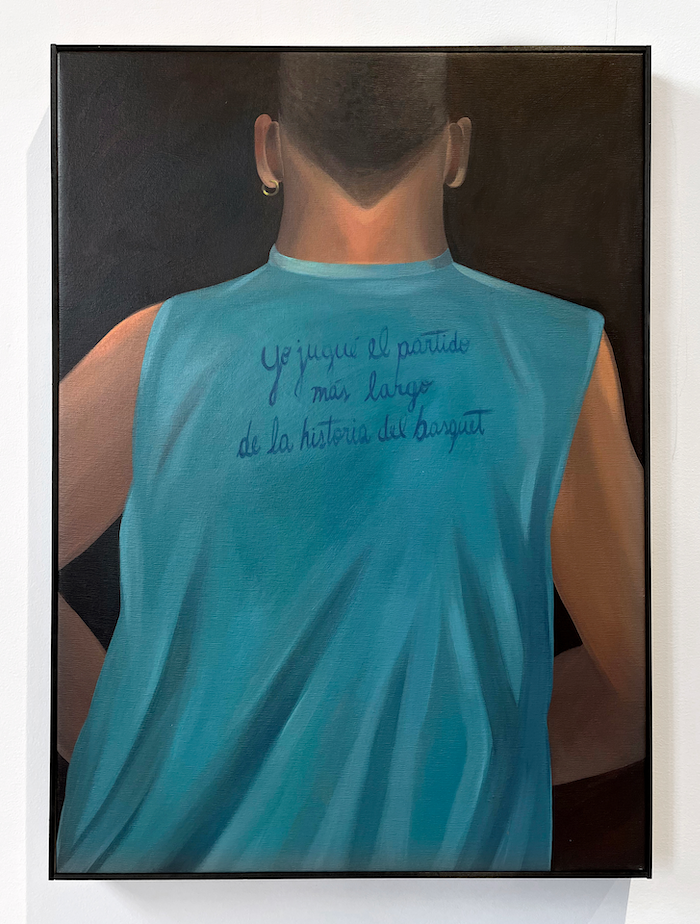 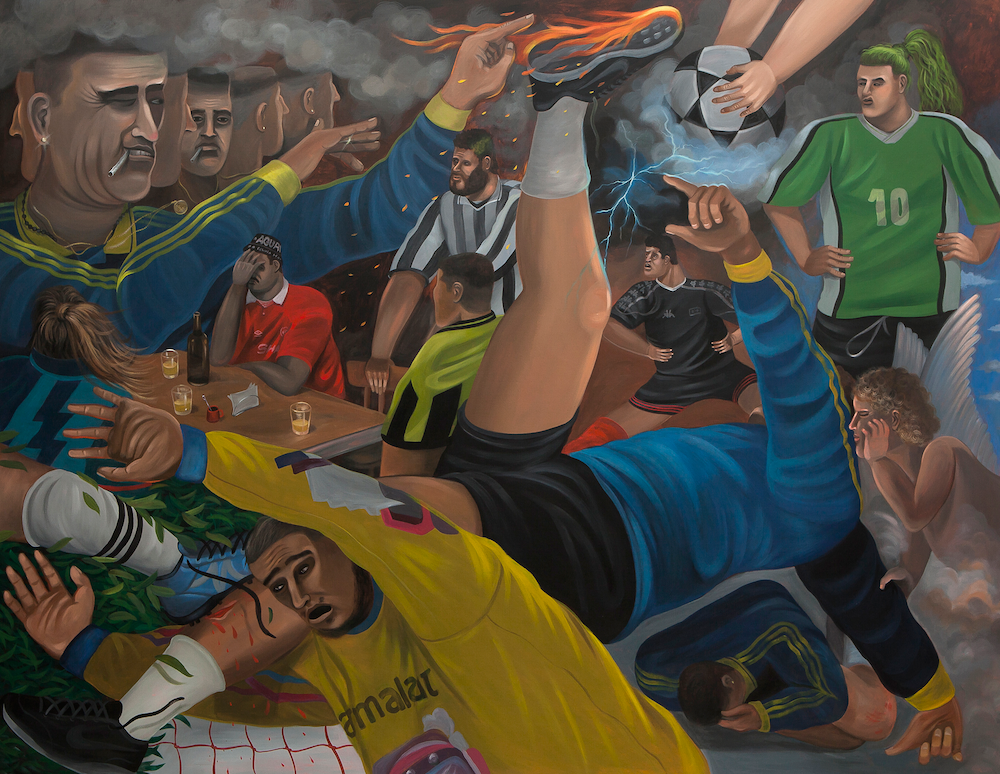 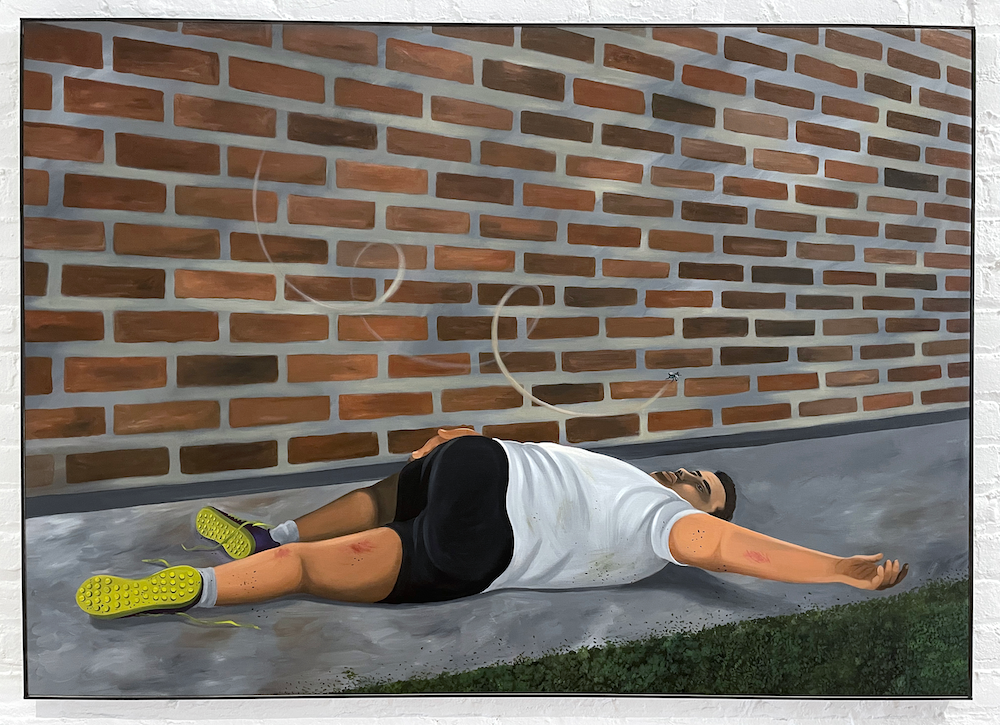 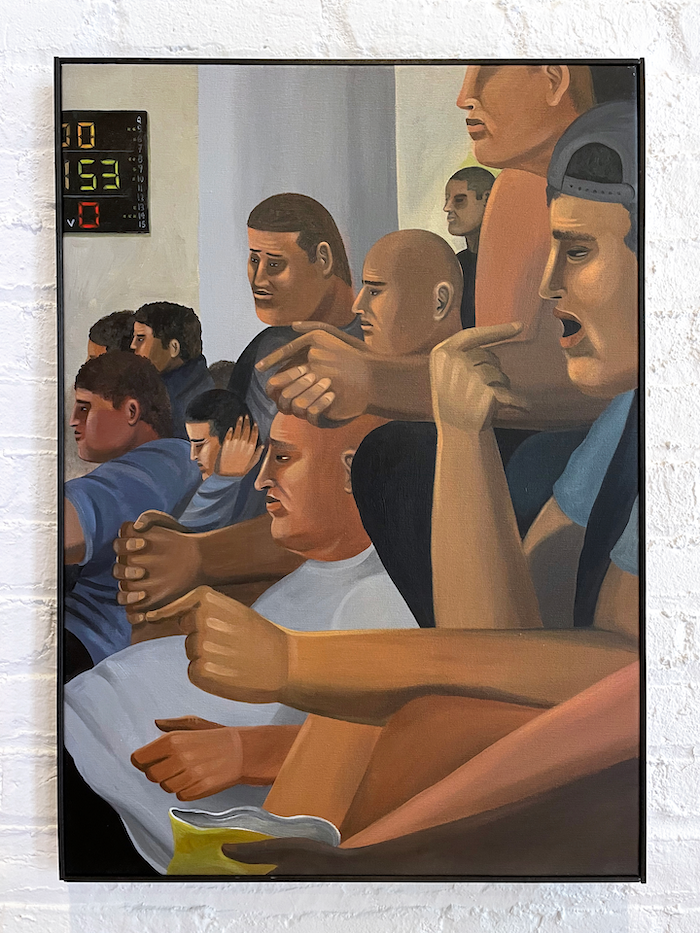 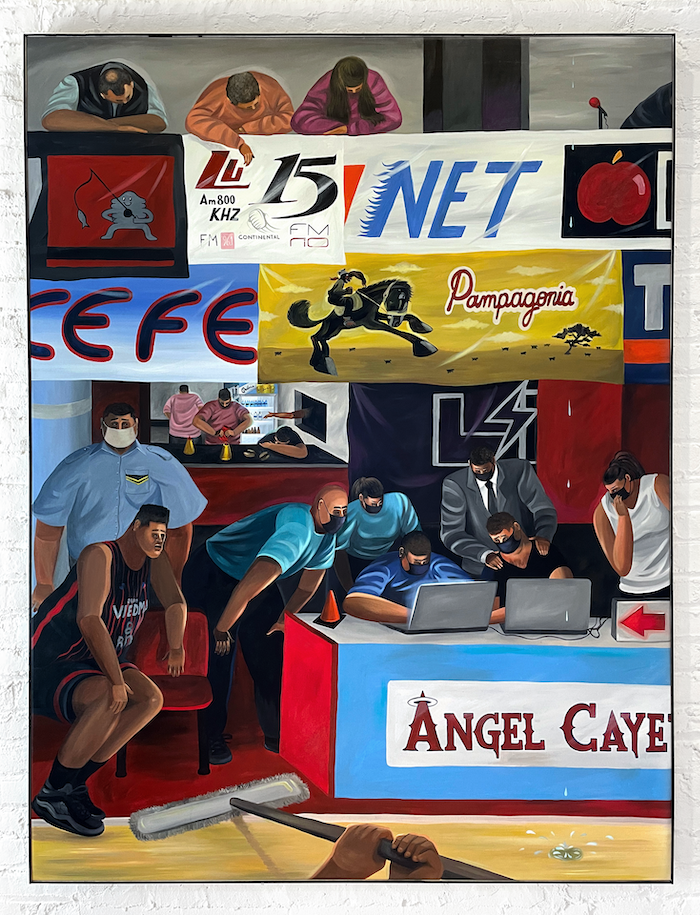 Even if you don't like it, you can learn a lot about life from studying and watching sports. Martin Kazanietz has a keen eye of this. His career in art has been to look at sports, soccer mainly but in his new show in Brooklyn he is also looking at basketball, and create both an ode to the sport but also to create a sense of deep social paradigms and delve into class and social commentary. He is brilliant at observing the nature of the crowd in relation to sports, and in Diario Derrota, on view now at ALLCITY in Brooklyn, he creates nuance, humor and corporate intrusion into South American cities.

“I couldn't help to think about this being my first solo show in the US, and my consumption of North America’s urge to compete and win," Martin says. "In Latin America and in my case, Argentina, we are more heavily related to loss and defeat. We've experienced political and economic domination by the North and West and their attempt at cultural dominance as well. I wonder if this is probably why we have thicker skin when it comes to crisis, and I also wonder if defeat could be thought of as something more human, since it's something we all experience regularly.”

You may not pay attention to sports or not know the legendary athletes that make up its history, but sports as a ritualistic act, that is something to pay attention to. —Evan Pricco