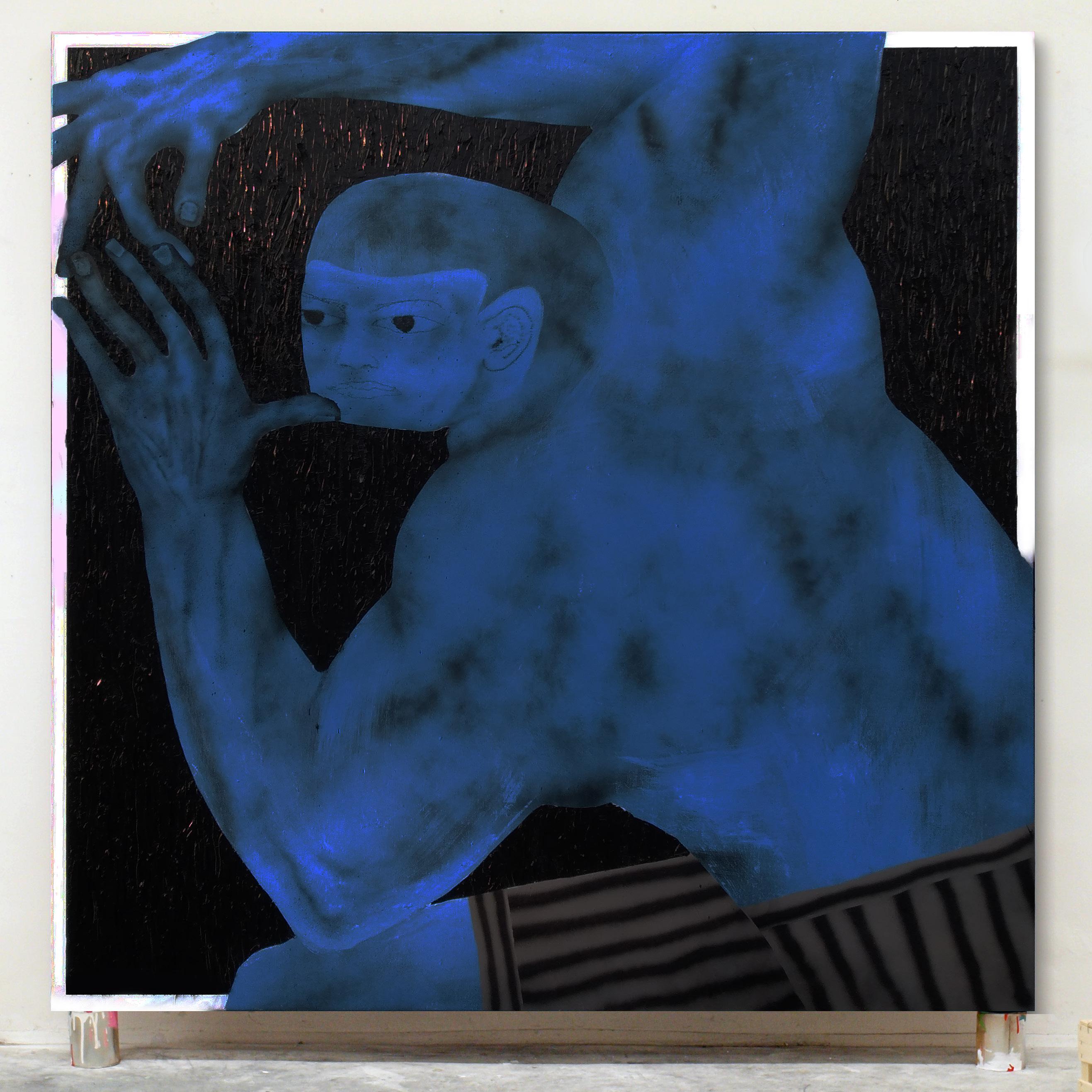 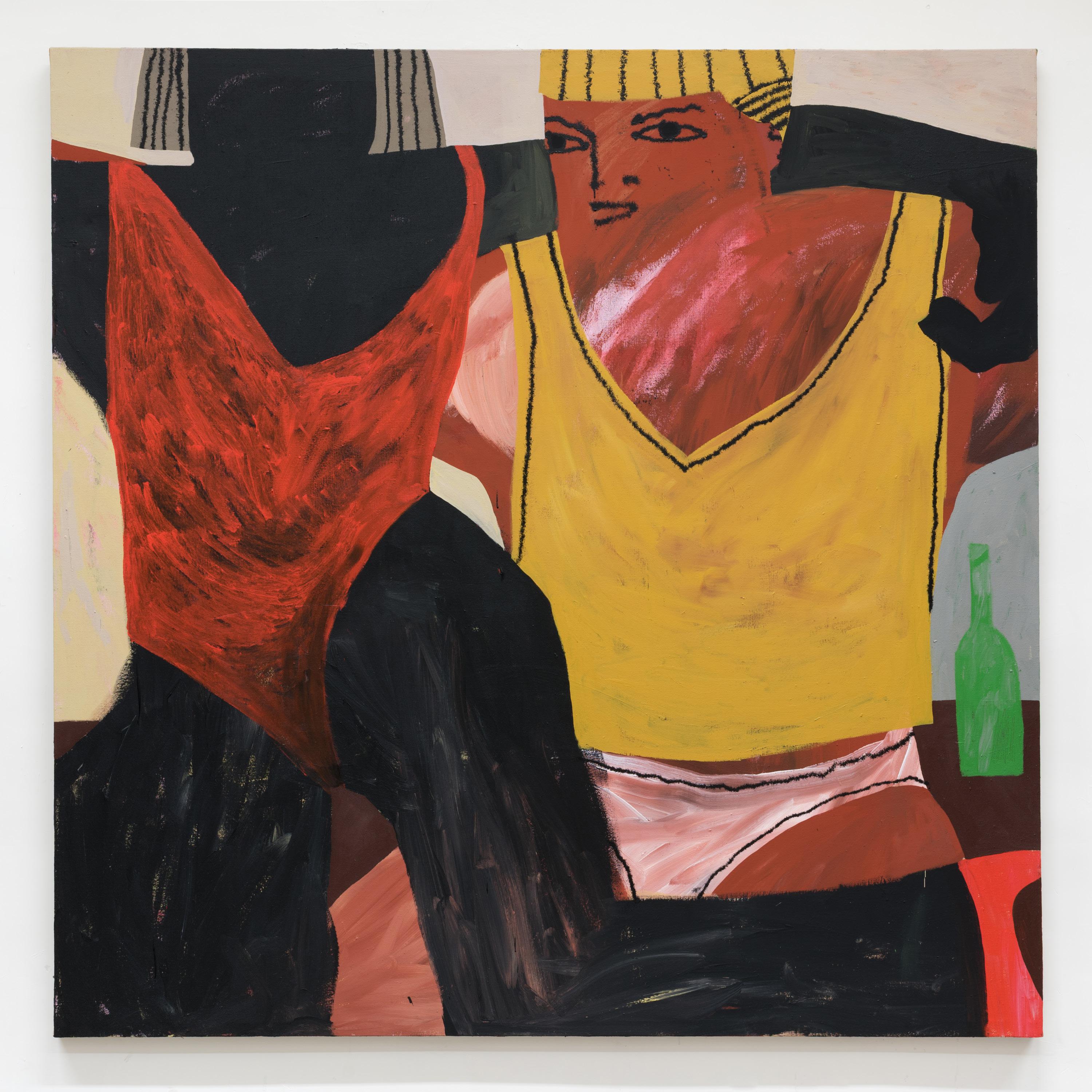 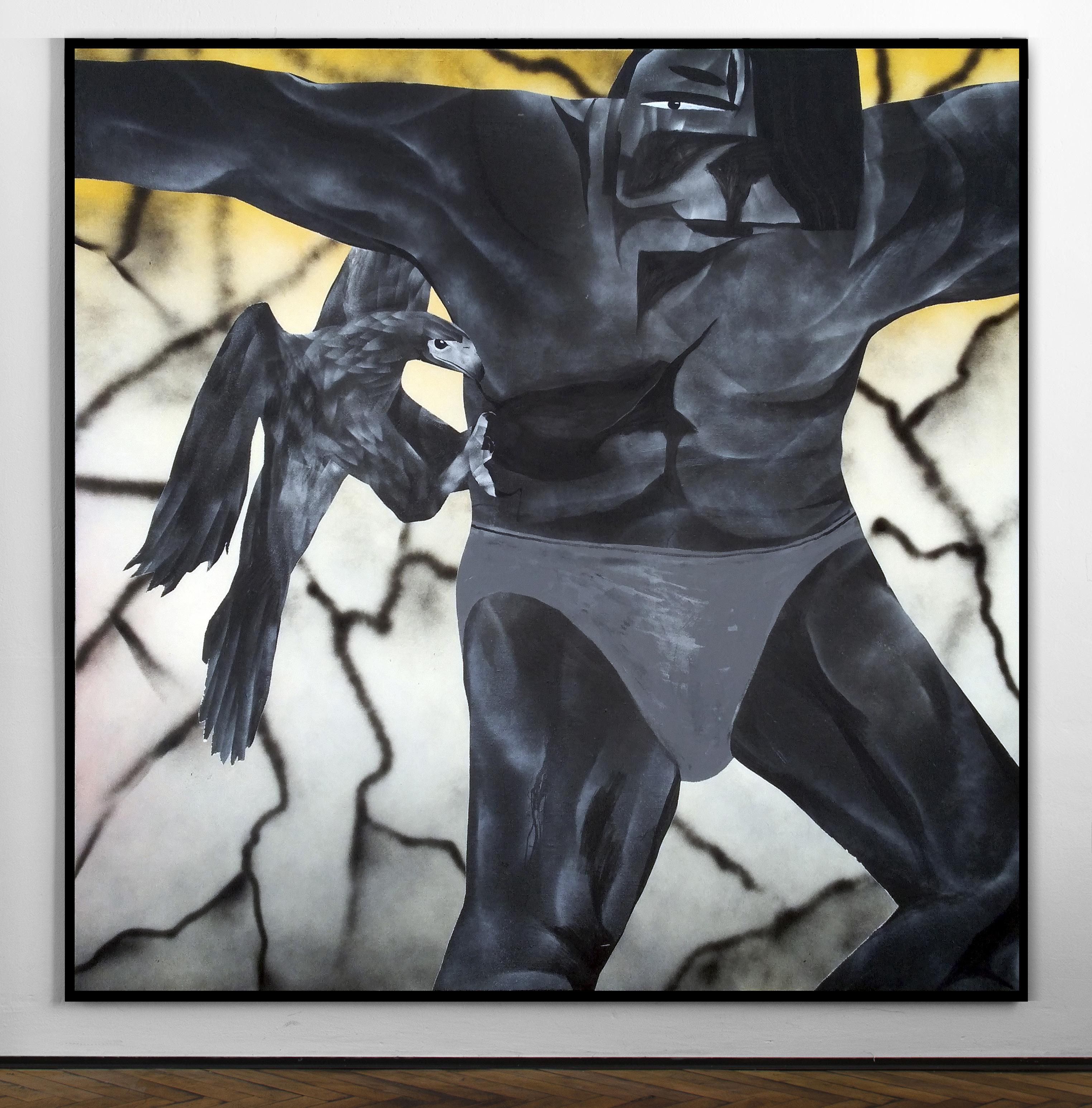 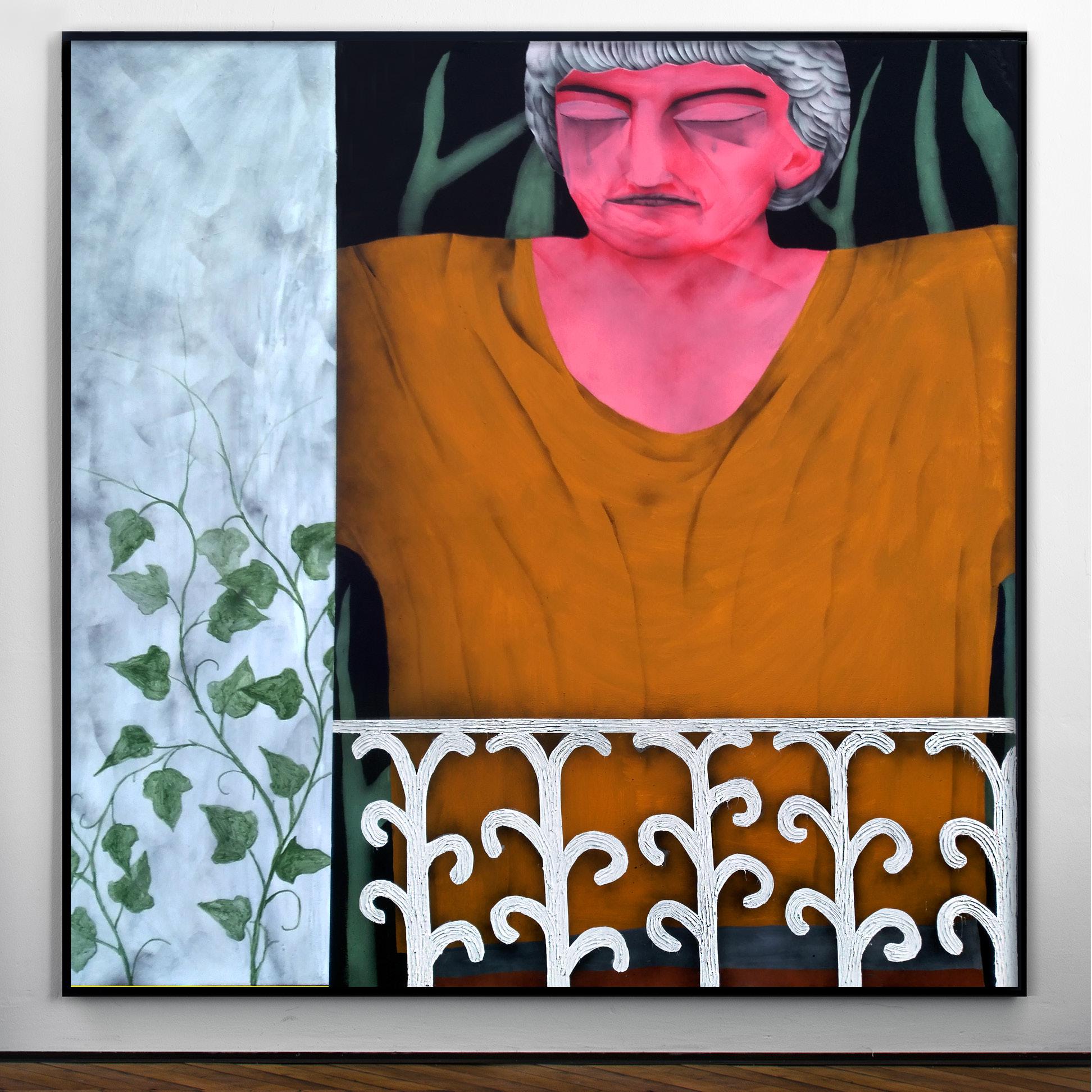 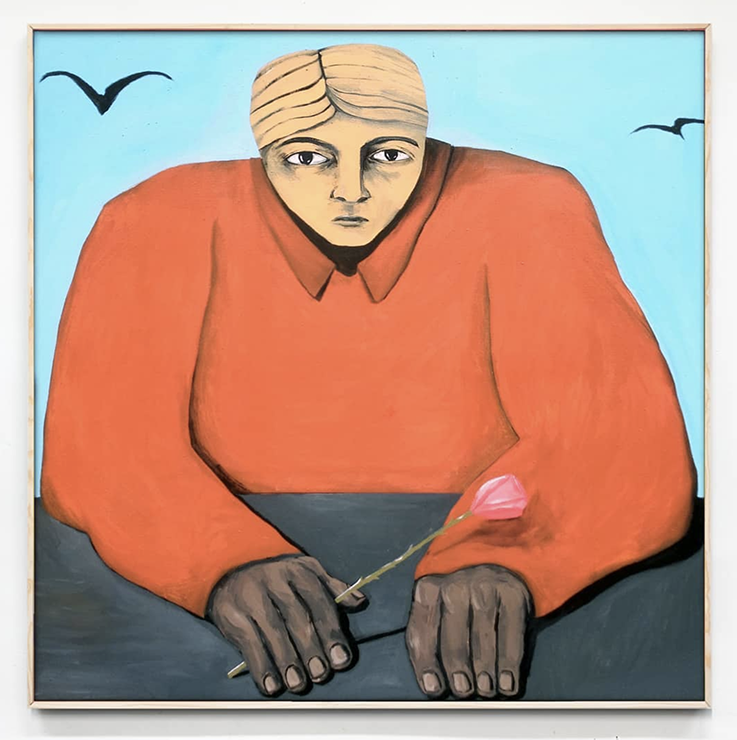 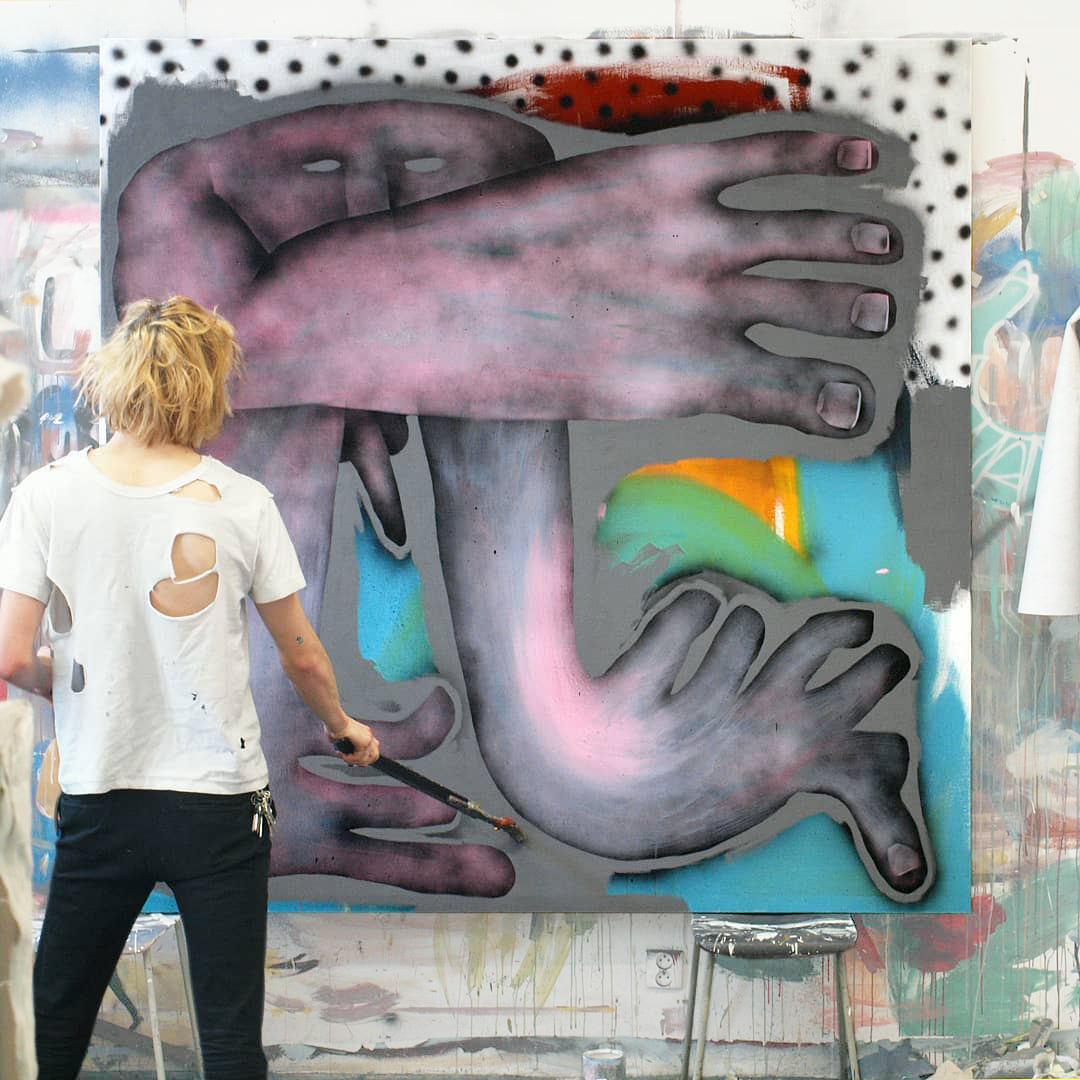 This week, PUBLIC Gallery presents Vojtěch Kovařík's debut UK solo exhibition LOVERS AND FIGHTERS. The show unveils a new series of paintings that display figures from Greek mythology, classical literature, and modern culture coming together to blur the boundaries between the two archetypes.

In this new series, Kovařík departs from depictions of Hulk-like muscle men locked in combat and, instead, invites the viewer to engage with these figures as both ‘lovers' and ‘fighters', thereby questioning traditional notions of masculinity. The phrase, "I'm a lover, not a fighter," is also challenged, as Kovařík refutes the association between love and ‘softness', encouraging one to consider the bravery and fearlessness involved in such romantic endeavors.

The paintings continue Kovařík's trademark monumentality, bulging bodies seemingly strain against the edges of the composition and exert their physical presence within the space. Hanging on chains from the ceiling is a depiction of the Greek God Prometheus, known as the true-lover of mankind who stoically endured his torment by Zeus's eagle. Opposite is a haunting yet peaceful portrait of Romeo perched upon a balcony, recalling the famous scene in which Juliet unknowingly reveals her love to him.

Each painting is characterized by mottled skin tones and textures achieved using Kovařík's technique of spray paint and acrylic. For him, the body, with great slabs of flesh and muscle offers infinite artistic interest, whereas the face, limbs and all other features are rendered in a brusquely stylized shorthand. The contrast between these styles creates a brutal naivety, and an unlikely charm and sense of playfulness.

'LOVERS AND FIGHTERS' opens at PUBLIC Gallery in London June 5th. The exhibition will remain on view through July 6th, 2019.