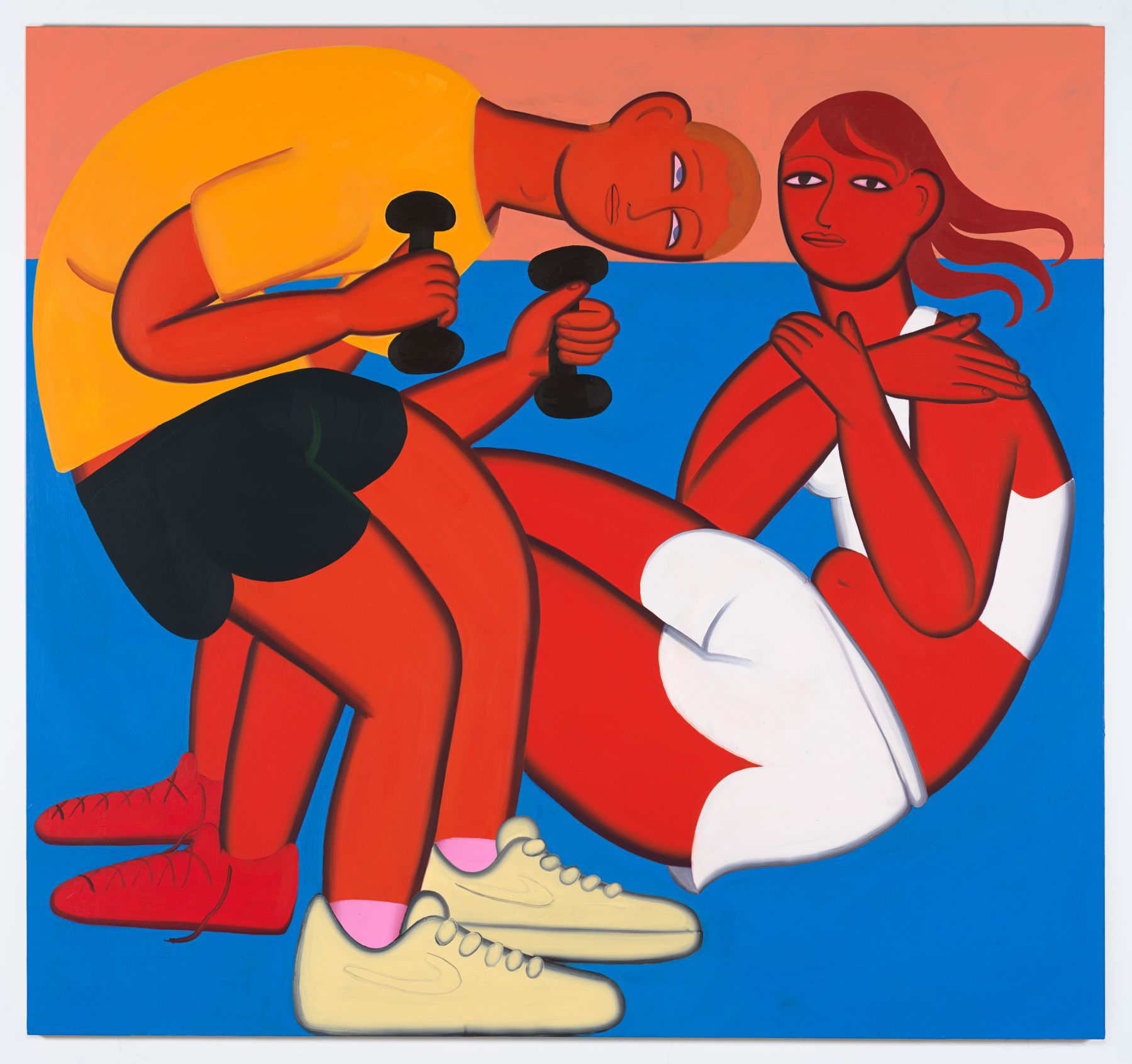 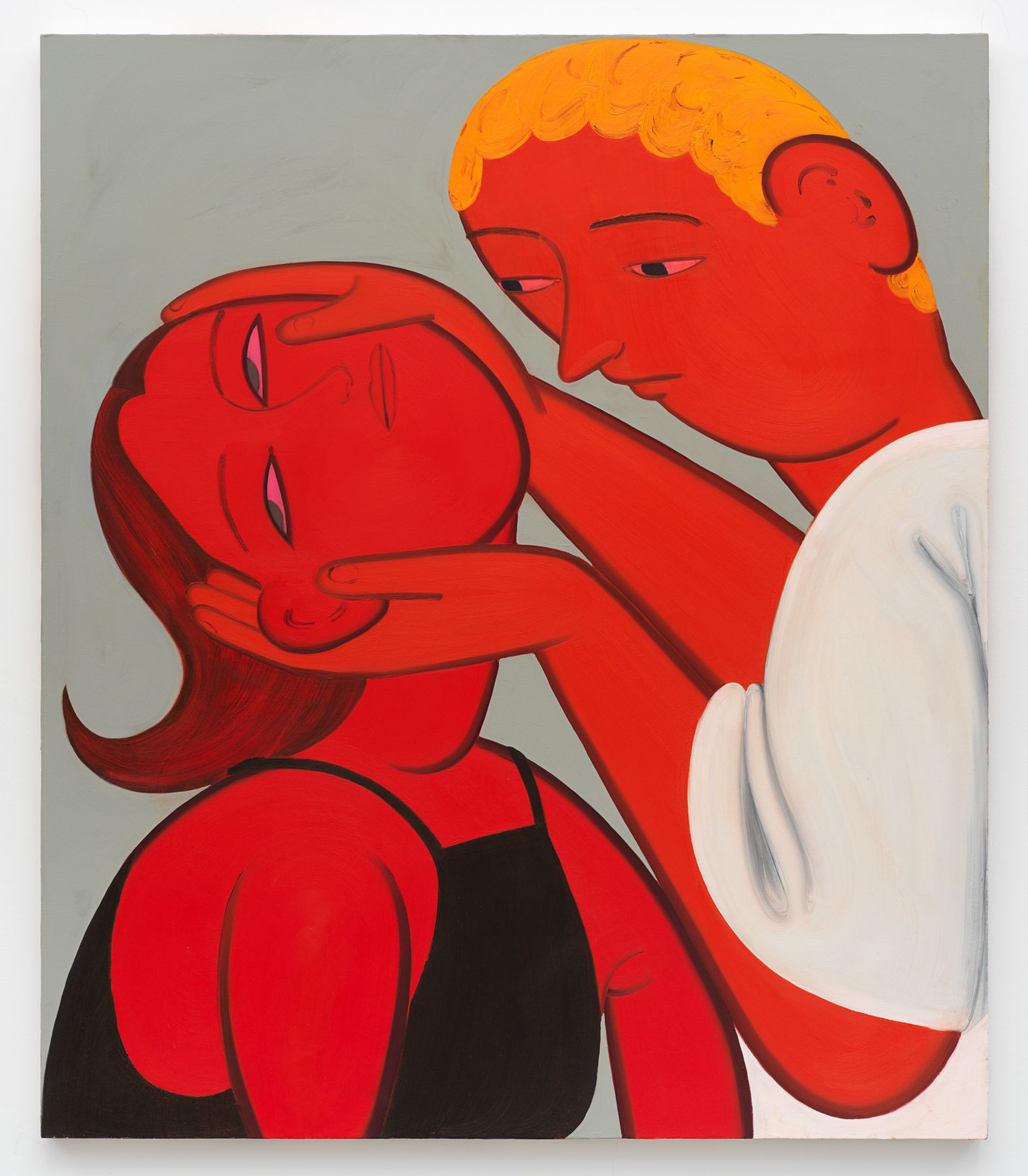 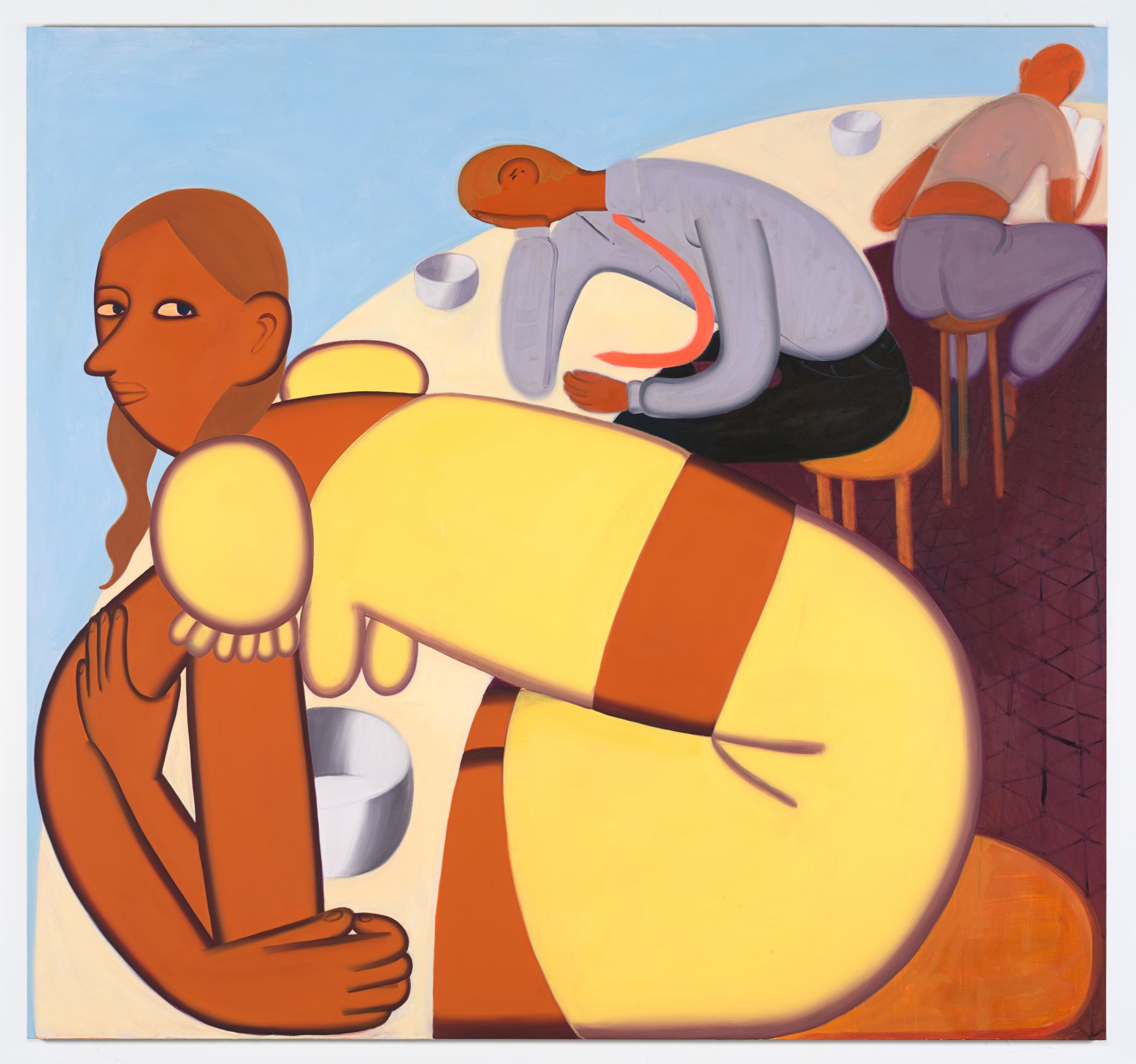 Grace Weaver's observations of our most mundane daily activities have a transformative qualiry. There is a mixture of humor and care in her works, one of the reasons why her cover story in the Fall 2018 with us resonated so deeply. In a world where our most mundane moments are shared on our social media accounts as if they were revelatory, Weaver's paintings of our daily lives seem more electric and fascinating than ever.

As we noted earlier this Fall, Weaver has two exhibitions opening in Germany over the past few months. Her show, O.K., opens at the Kunstpalais in Erlangen, Germany on November 16th, and now this particular solo show, Little Sister, opened November 21st at the Oldenburger Kunstverein.  As the gallery notes, "Weaver uses minimal means to detect the finest nuances and encodings of human body language or human behavior—merging a variety of imagery: from Matisse to Alex Katz, to the "Simpsons." The focus is on the interpersonal and spatial, the coexistence: Whether the young protagonist is puzzled over her romantic partner or consciously styling a new identity - her works always take on a feminine perspective and let us see the world through her eyes."