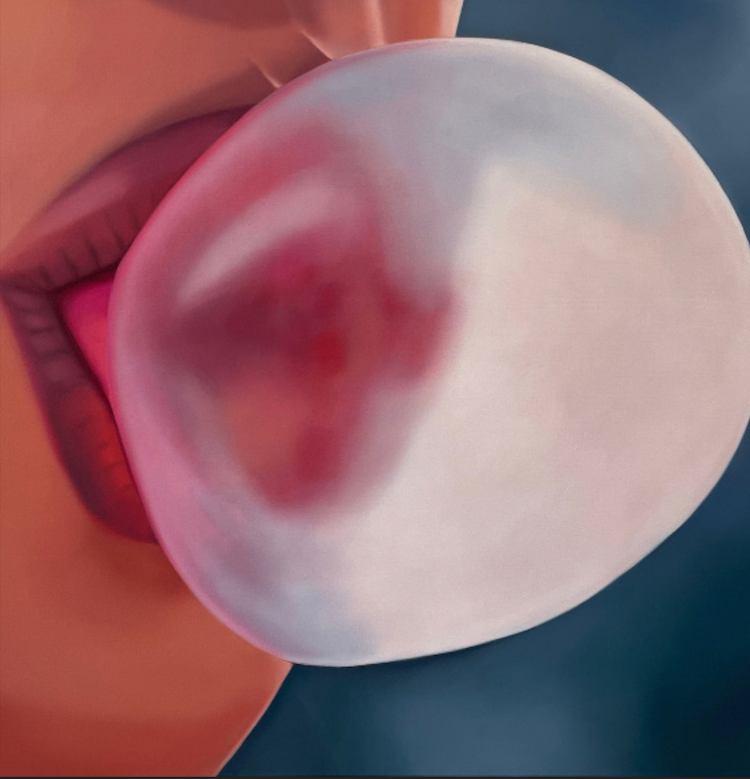 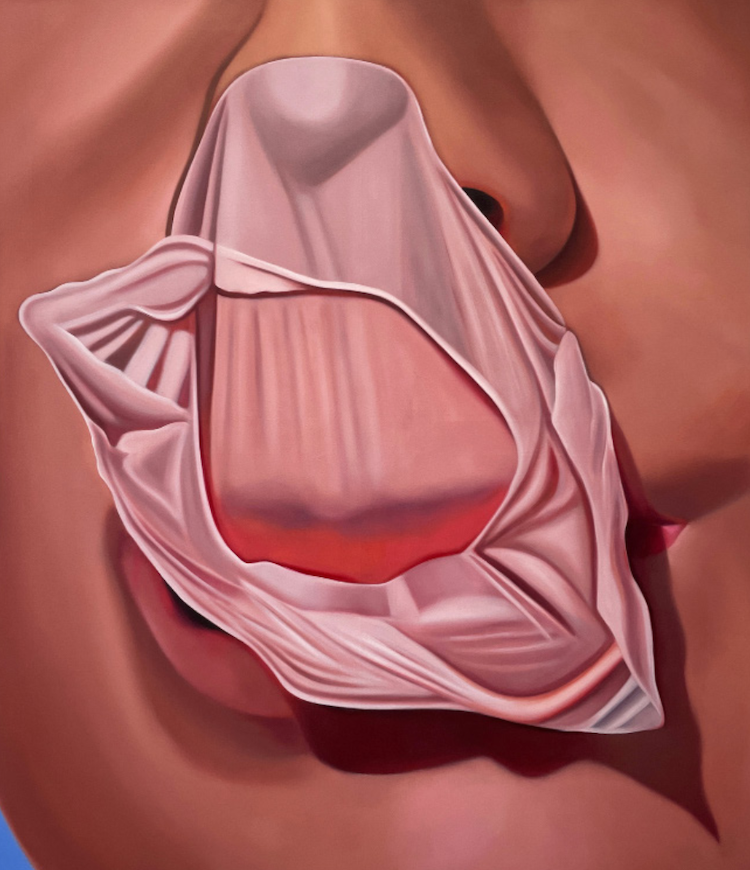 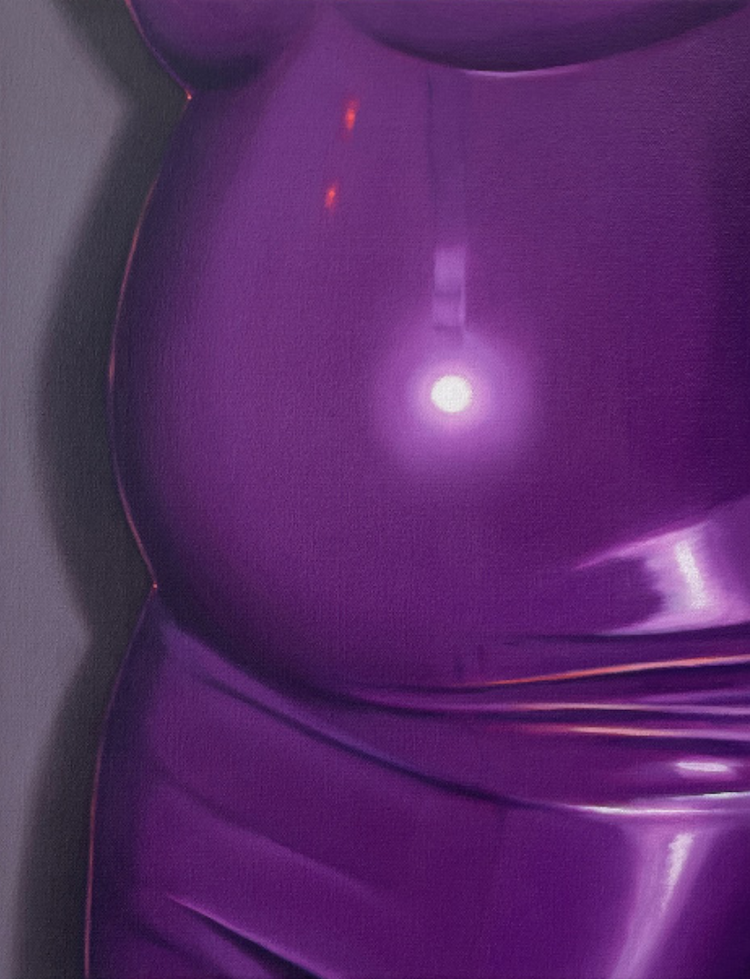 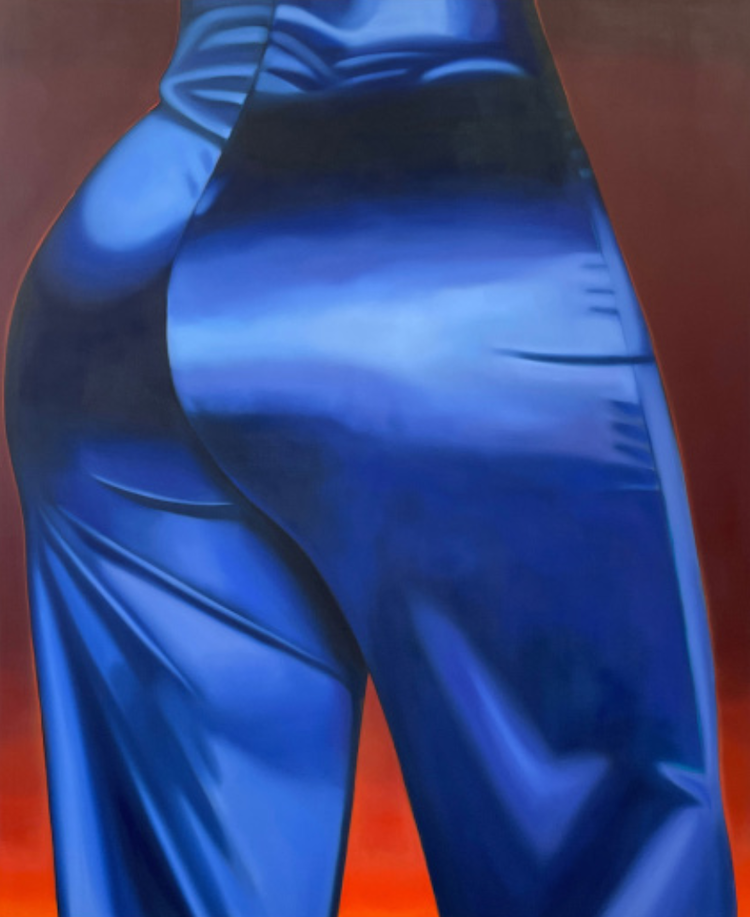 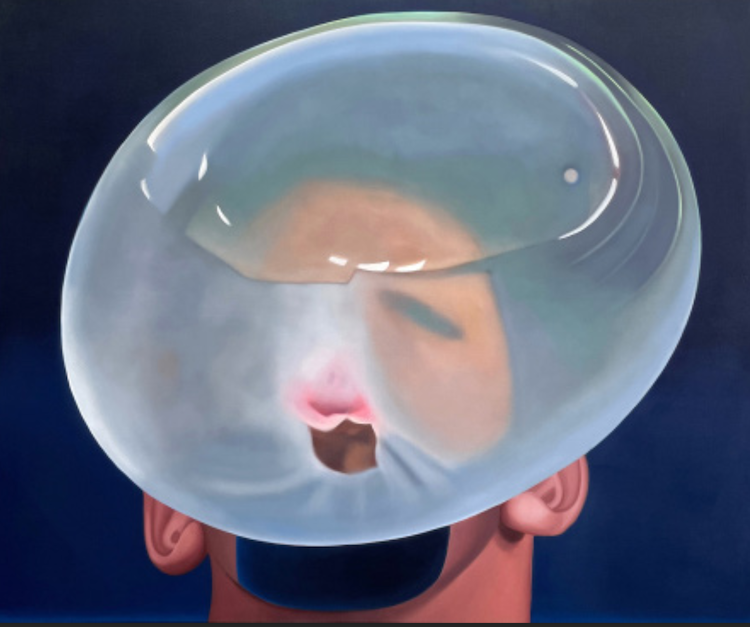 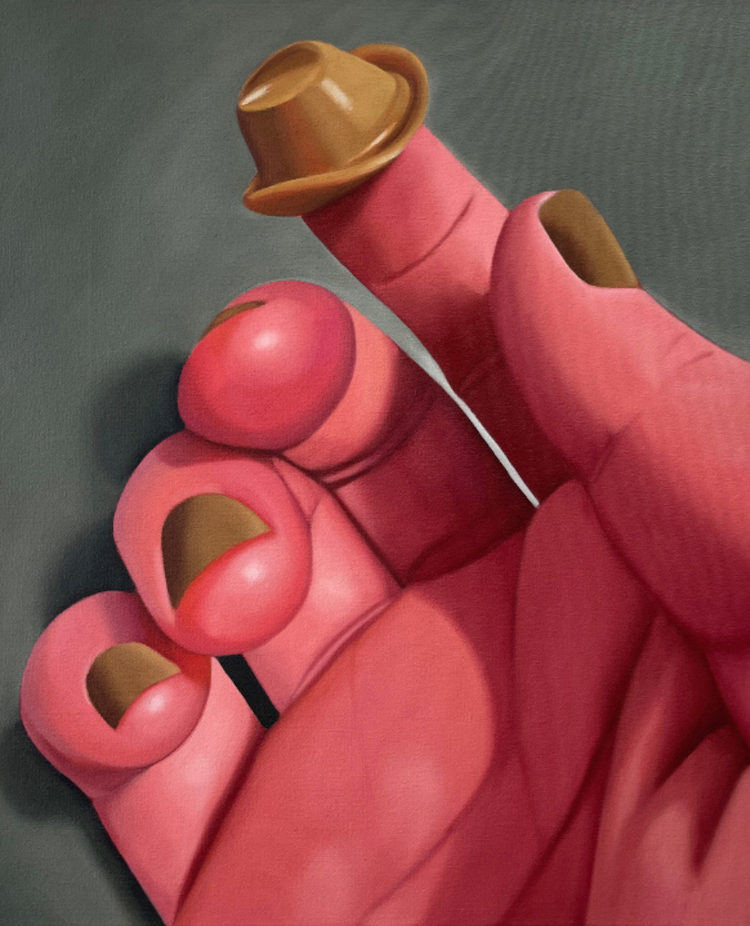 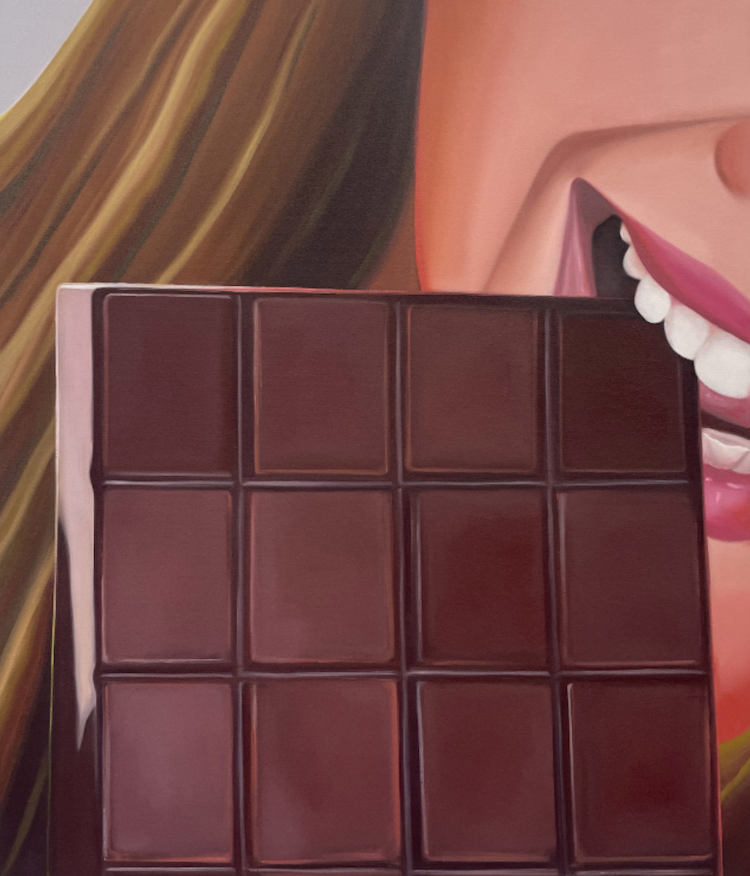 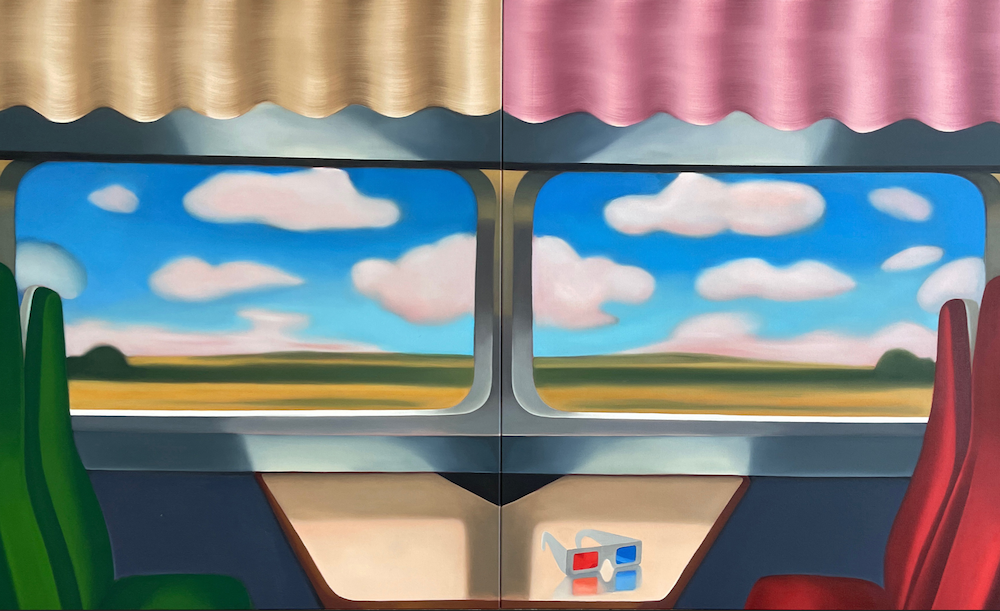 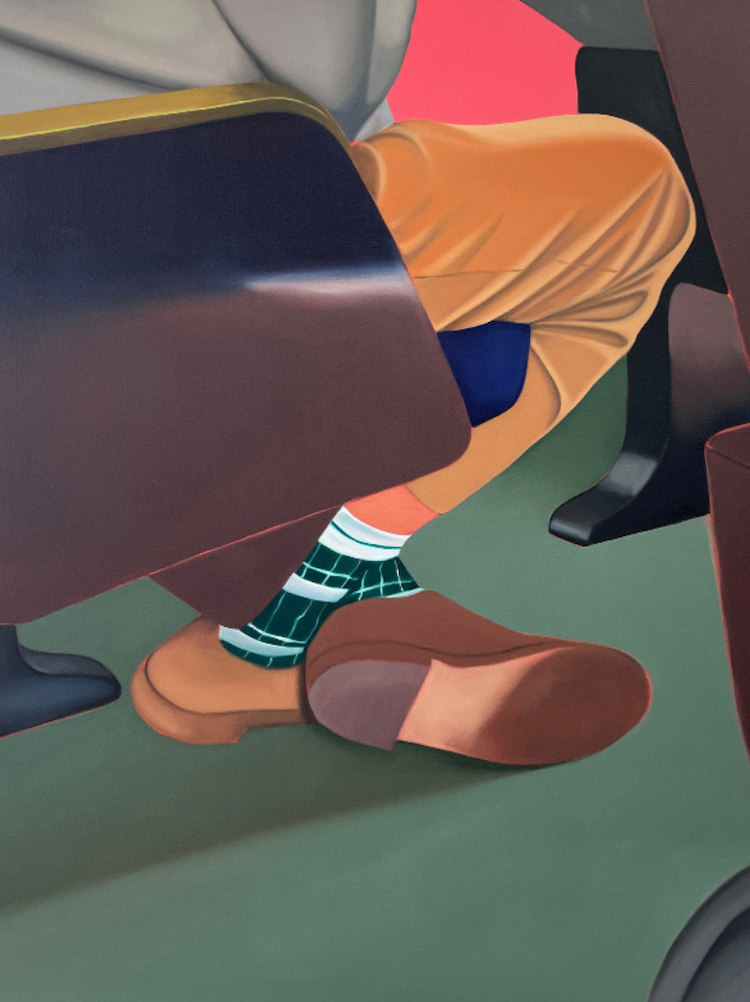 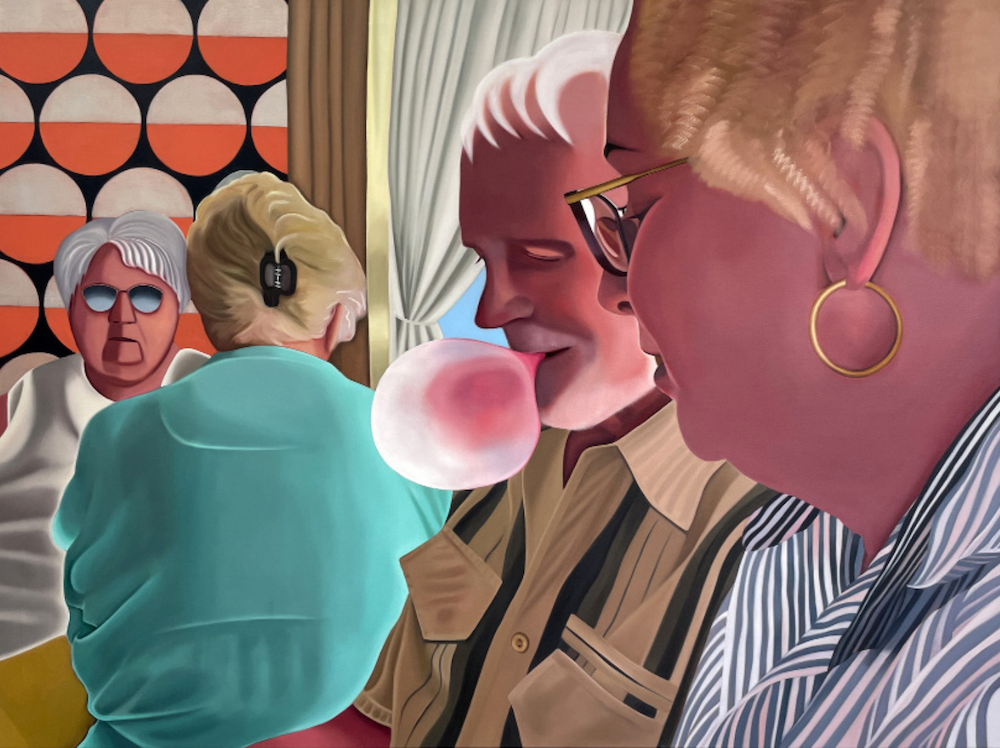 Thierry Goldberg Gallery is pleased to present Lay of the Land, The first New York solo exhibition of London-based artist Sally Kindberg. The exhibition opens on Friday, September 9th, with a re- ception from 6 to 8pm and will run through October 29th, 2022.

There remains a kind of mythic America which belongs to those who don!t live in America, received and alive through a myriad glimmering assemblages of popular media, and relatively free from the quotidian of American reality. Sally Kindberg!s America, explored through her show Lay of the Land, is a place of this sort. The paintings in Kindberg!s show play with a sort of American short story sensibility. Her paintings assemble vivid moments which never existed. They have a cut-out-of-time quality, without narrative, but bring a sense of narrativity with them. In these paintings things seem to be about to happen, but there!s an emphatic sense of an interminable suspen- sion, never quite to be settled.

Across the surfaces of Kindberg’s paintings, and developed between them, there are more or less elaborate riffs and rhymes of ideas, themes, and forms. Snack (2022) employs the look of an old advertising image of a woman who is ever on the edge of nibbling the corner of a substantial rectangular bar of chocolate, which itself plays against the shape of the canvas on which it’s painted. The substantial snack echoes the form of a modern Lilliputian office block, rendering its consumer huge. The index finger of the hand in Handyman (2022) wears a toy hat on its tip. Poised with a certain angle and swagger, the hat makes a figure of the index on which it is perched, and color matches the fingernails worn by the other fingers. This figure/finger loosely echoes the deadpan appearance of a wiener sausage, of uncertain scale, in Equilibrium (2022), which floats or falls, suspended above the ground of a baseball field, almost like a blimp. These skinned forms, in turn inform the various skins of bubble gum in Blow (2022), Midnight Trader (2022), and Silver Surfers (2022), which lend form to the nothings of breath beneath them, and in Burst (2022), the skin of the bubblegum models and matches the face on which it has broken. The bubblegum in Silver Surfers echoes the skin tones of the figures, and a variety of circle motifs moving across the can- vas, from earring and glasses, to the wallpaper – the painting!s occupants seemingly live contentedly in their bubble. Kindberg’s America is a world of surfaces rendered over whatever thing, or nothing, that lies beneath. The shiny rubber of a dress stretched over a spherical belly in Purple Haze (2022) might display a pregnancy, or not such thing. The tight satin coated posterior of Ocean Liner (2022) doubles as an image suggestive of a seascape – the firmness of concealed flesh giving way to stretches of empty depth.

Kindberg’s imagery slips between photorealism and highly stylized forms. The movement of ideas, motifs, and forms in Kindberg’s paintings are reflected too in her fresh, varied, and somewhat improvised management of paint surfaces. Effects of paint are put quite actively to work, in ways which are not settled in advance of the work of painting, maintaining a liveliness. If there is an aspect of well constructed and closely managed design in this work, it is never without a close attention to the ways the paintings shift and develop through the process of making them. If these paintings celebrate the movement and distribution of a world of surfaces – of the lay of the land – that models what is uncertain beneath, they are nonetheless filled with life. - Alasdair Duncan