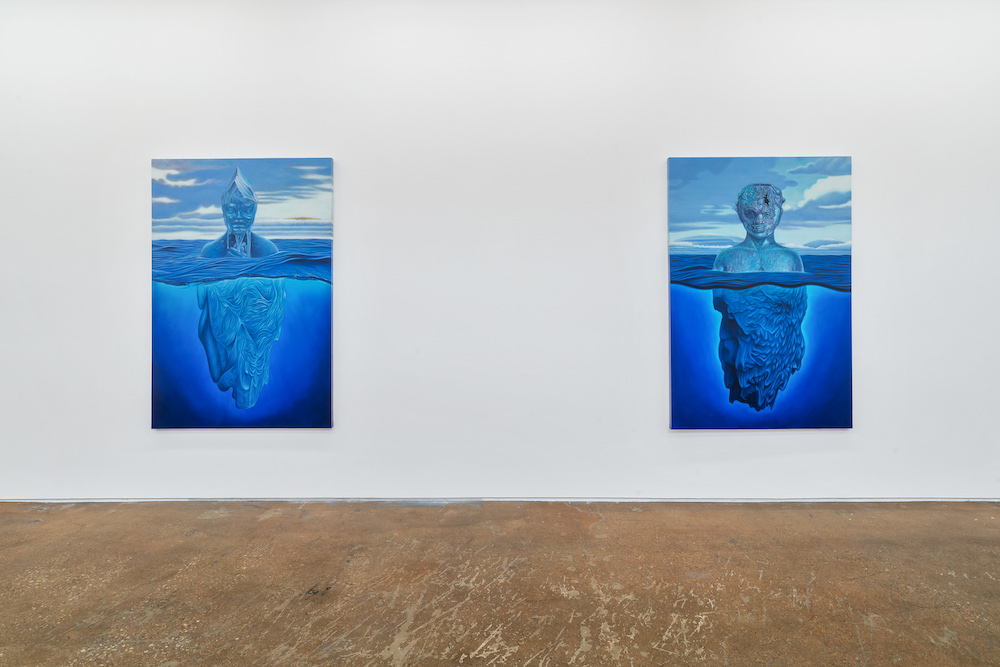 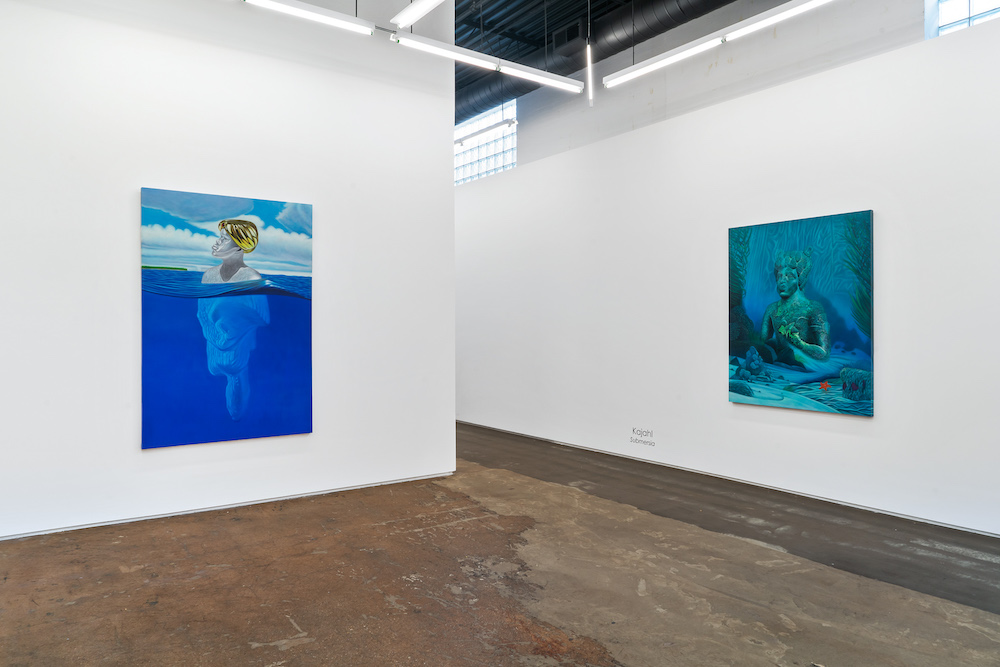 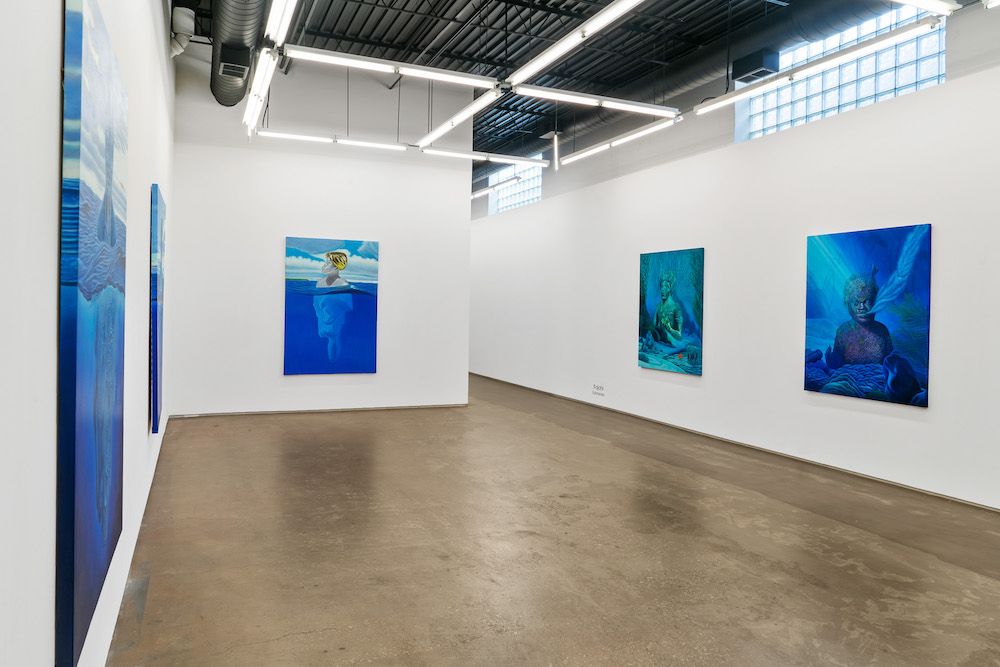 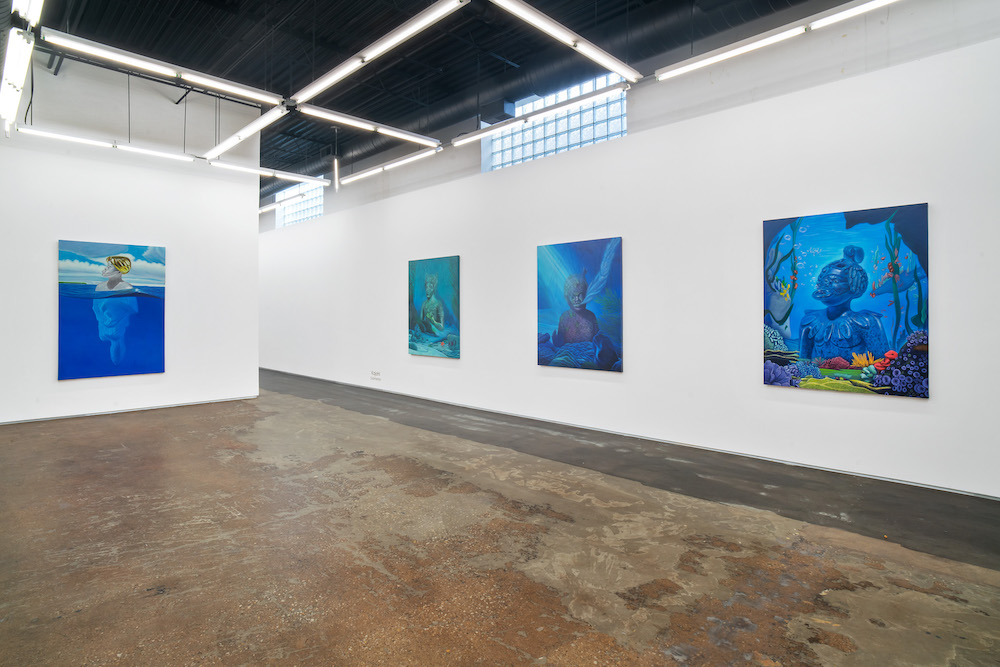 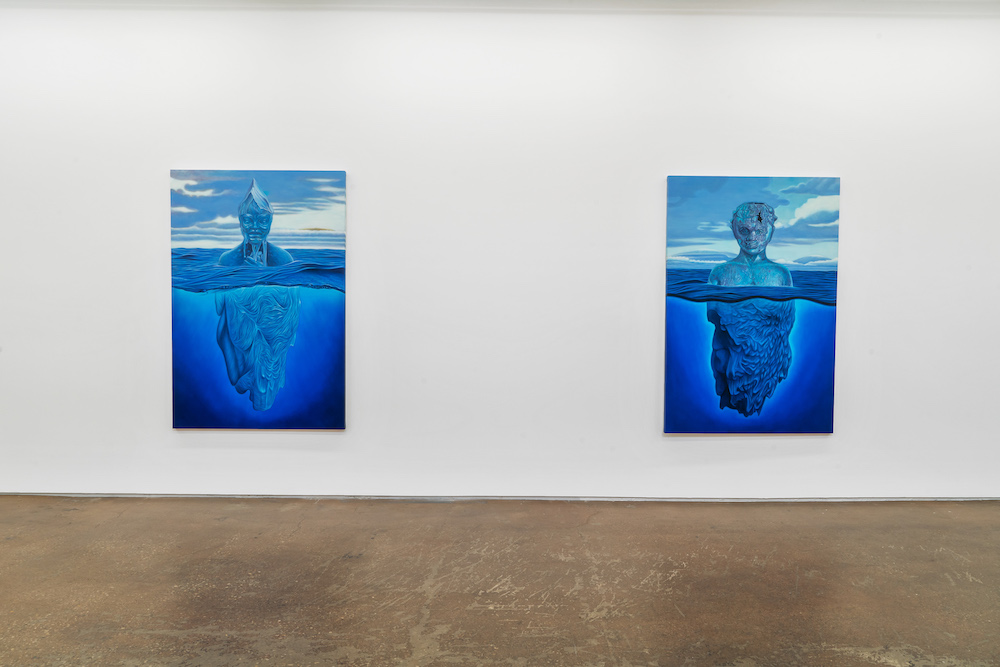 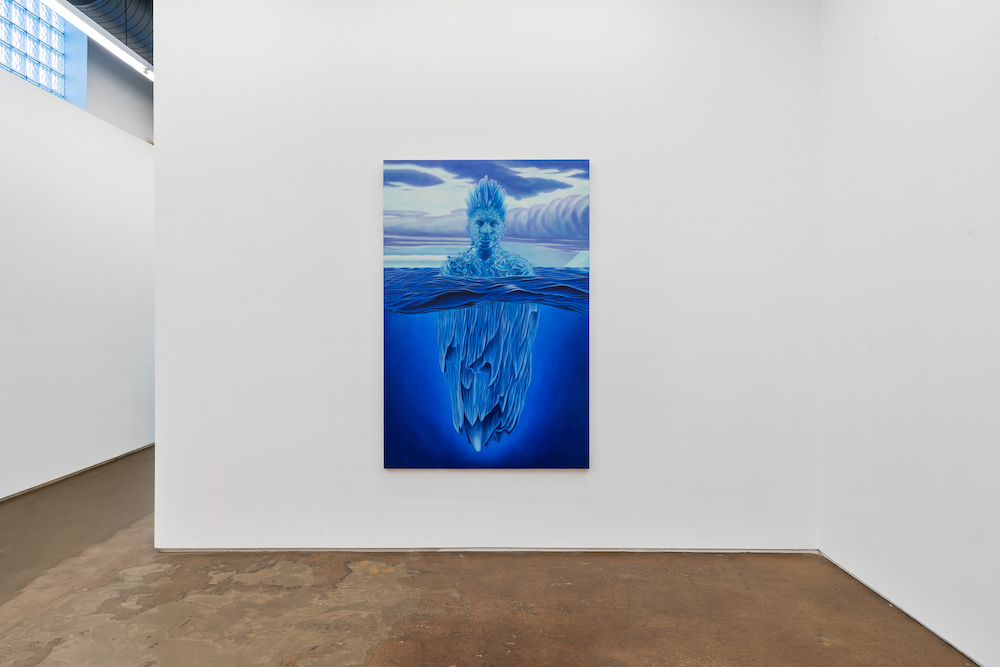 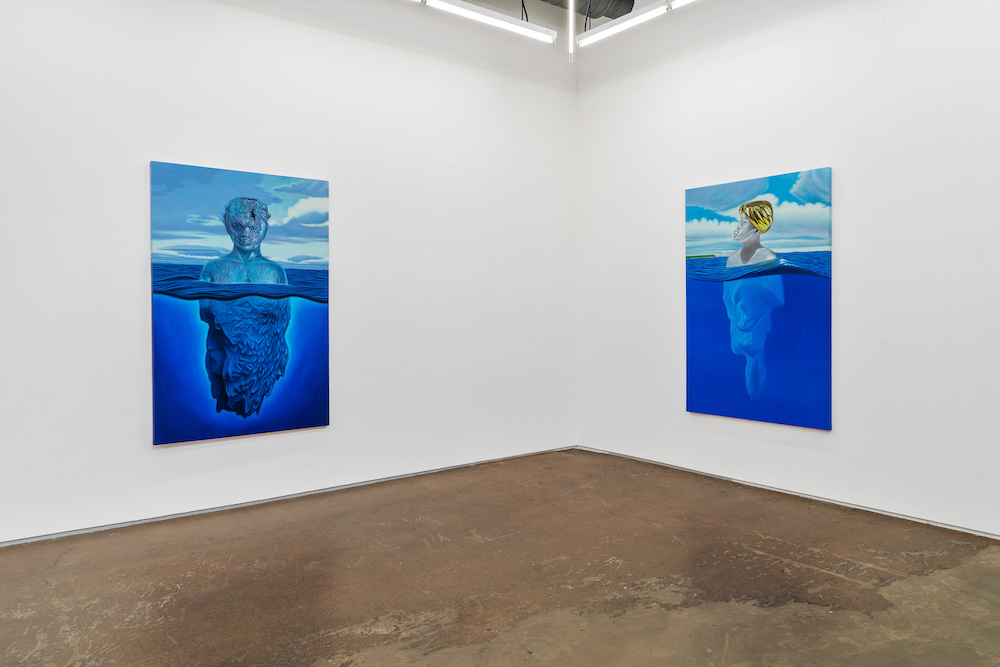 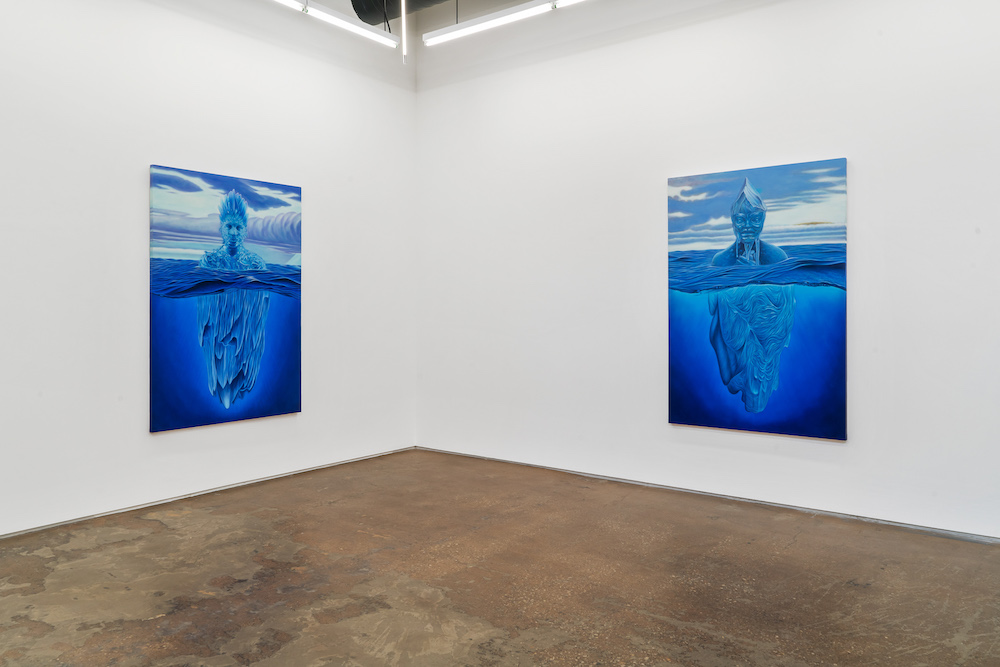 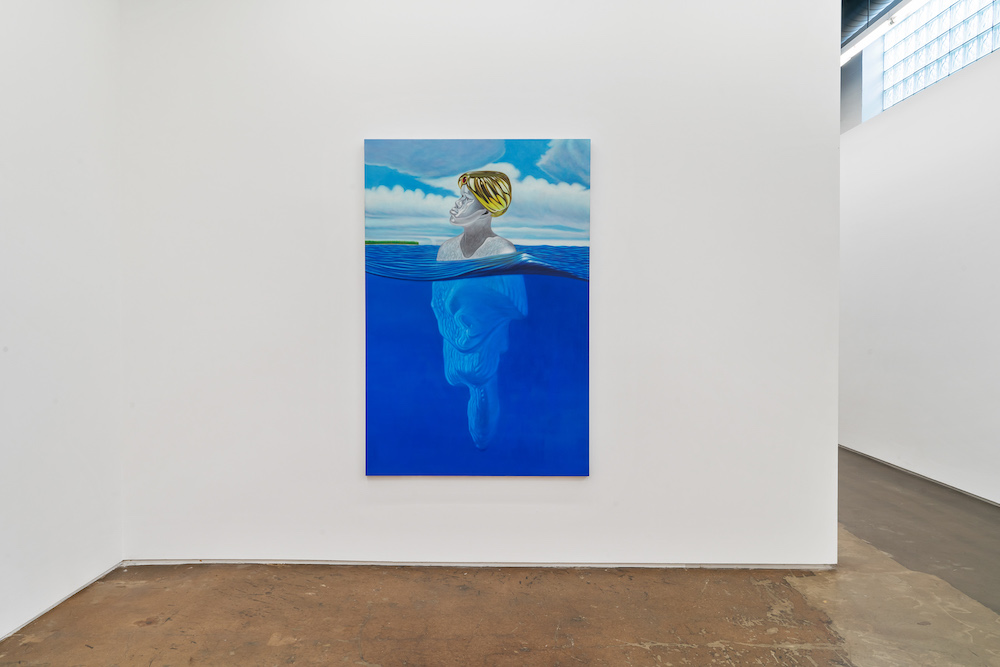 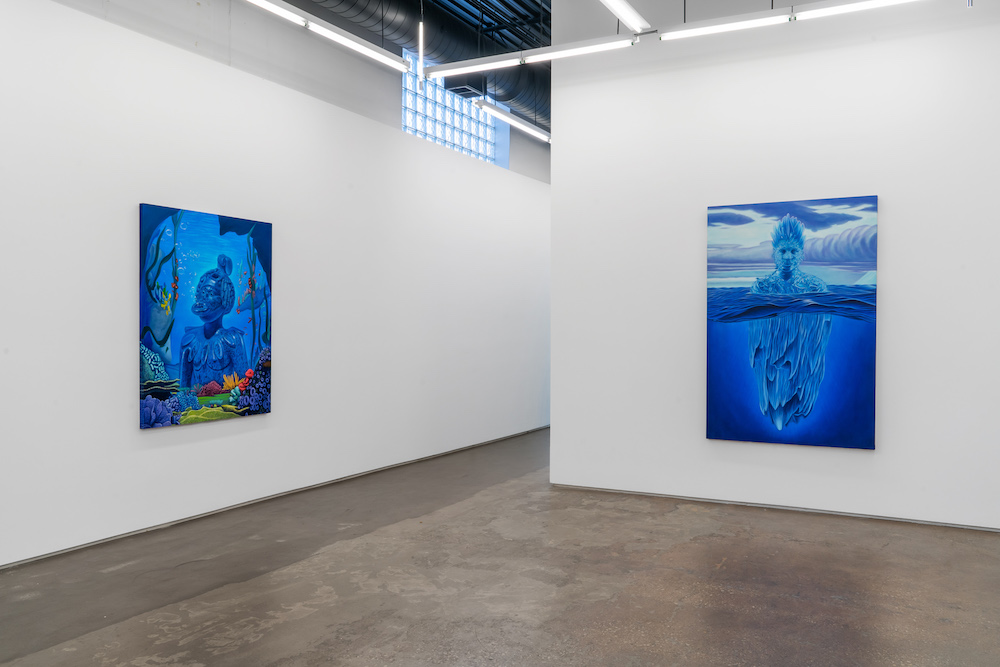 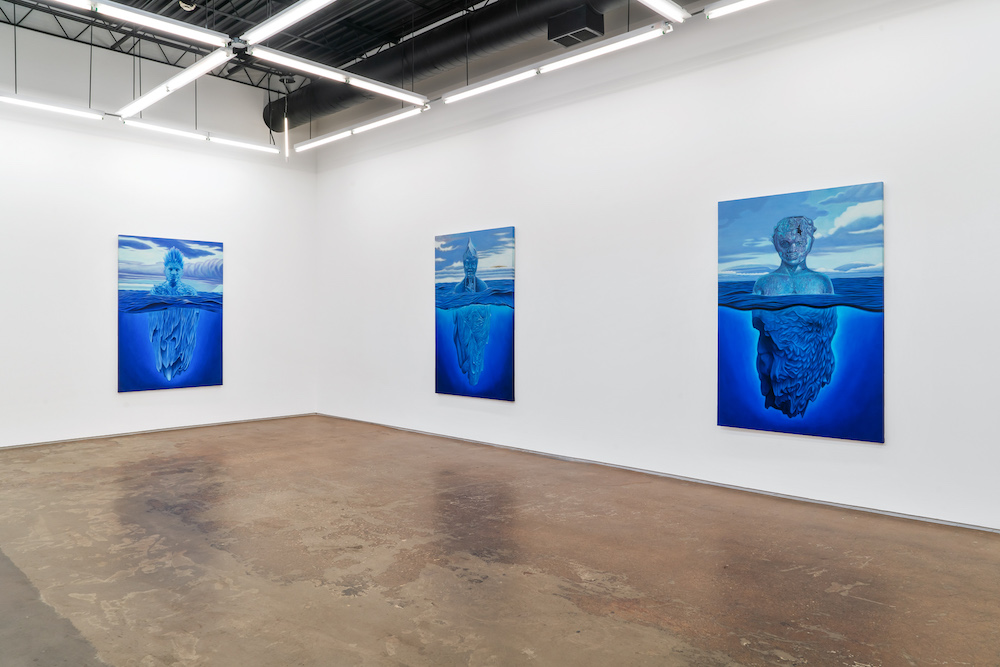 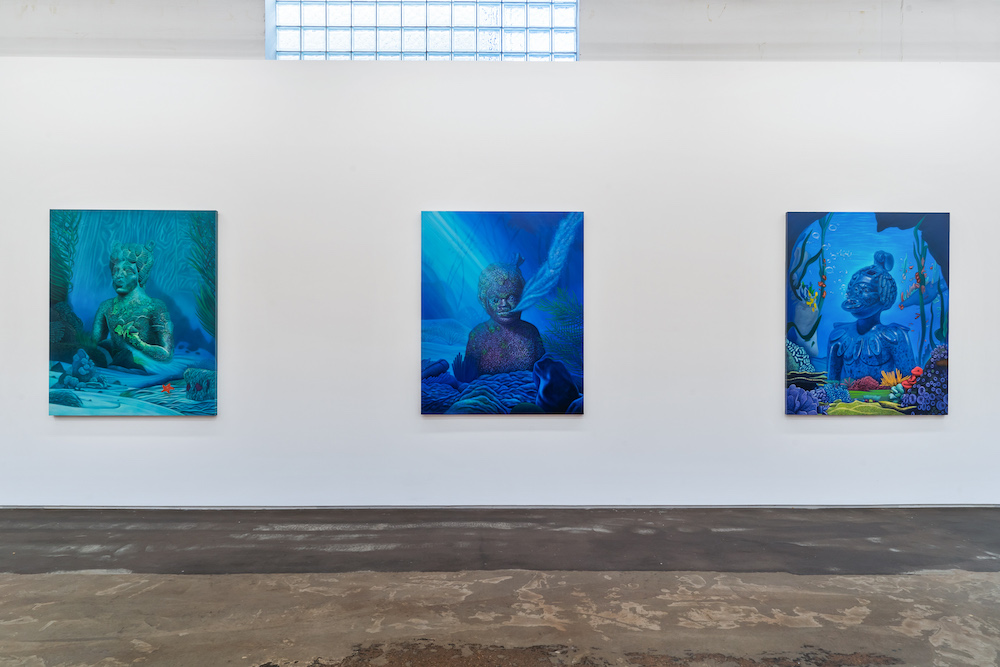 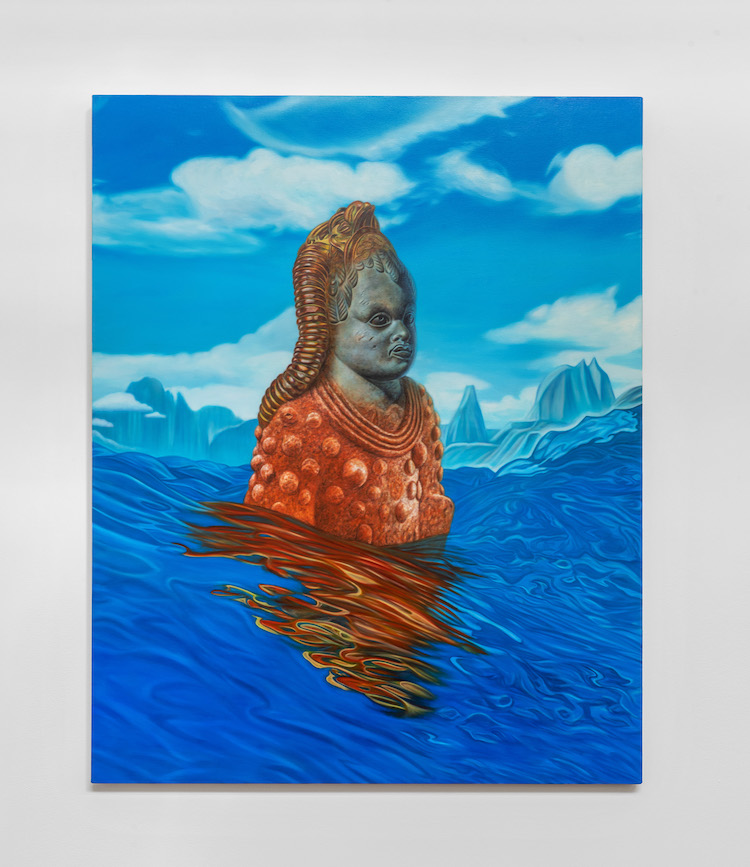 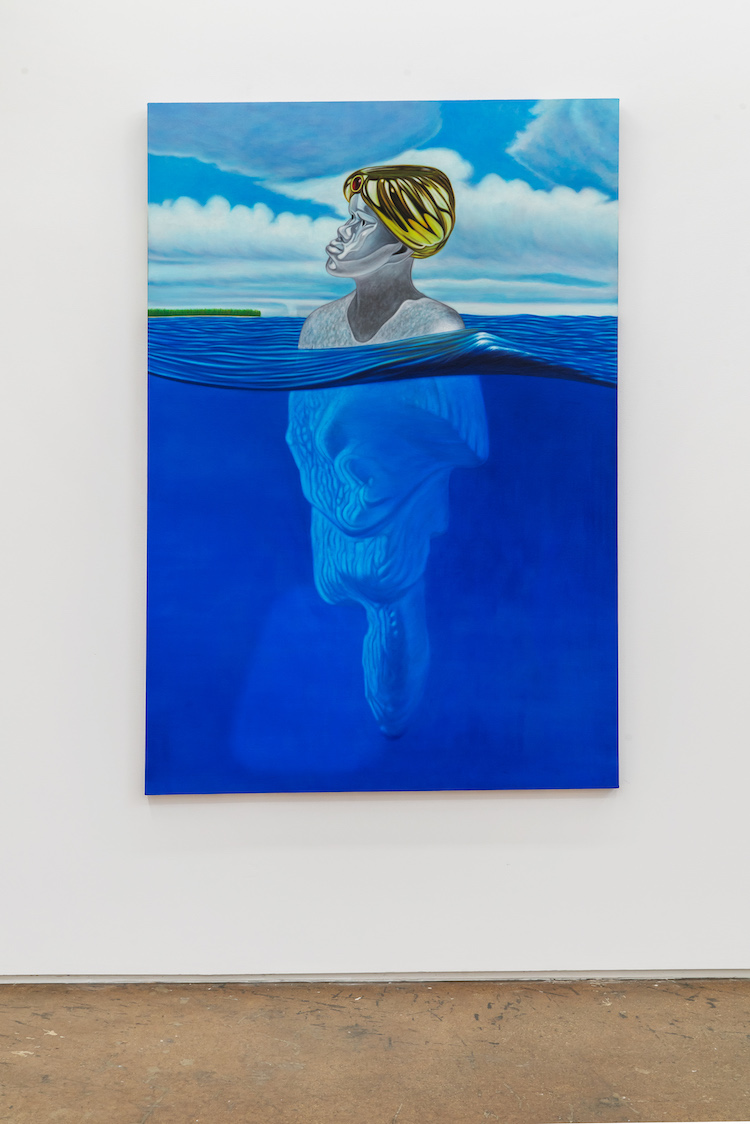 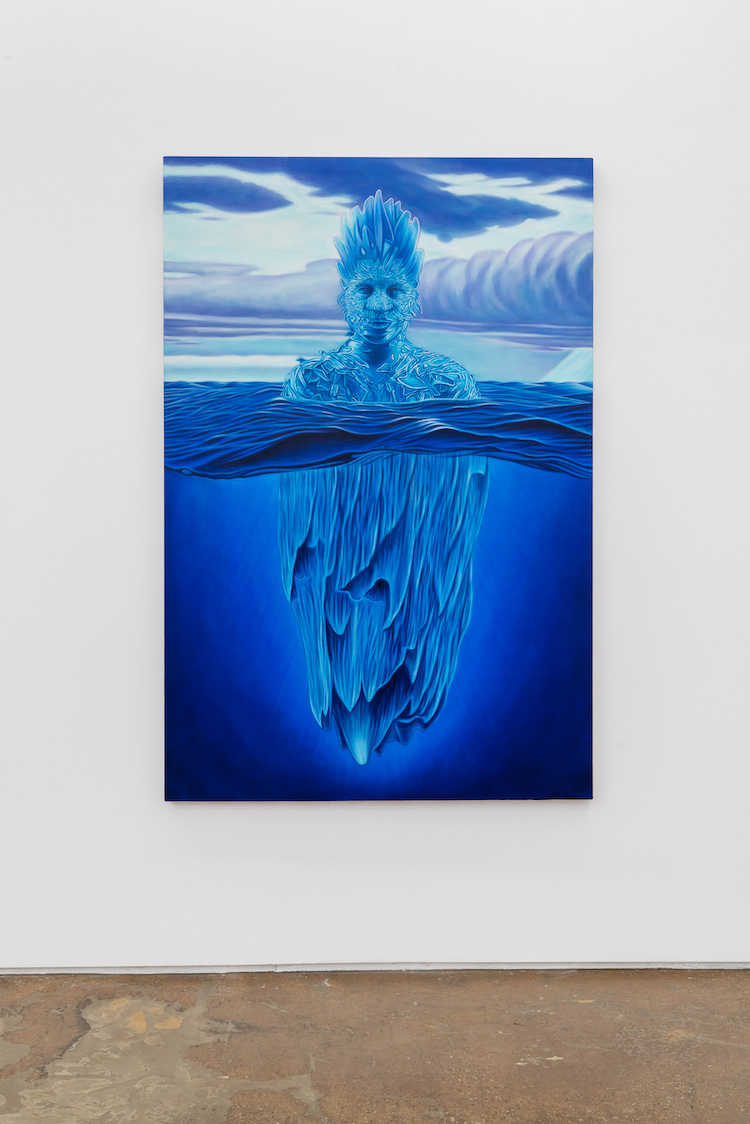 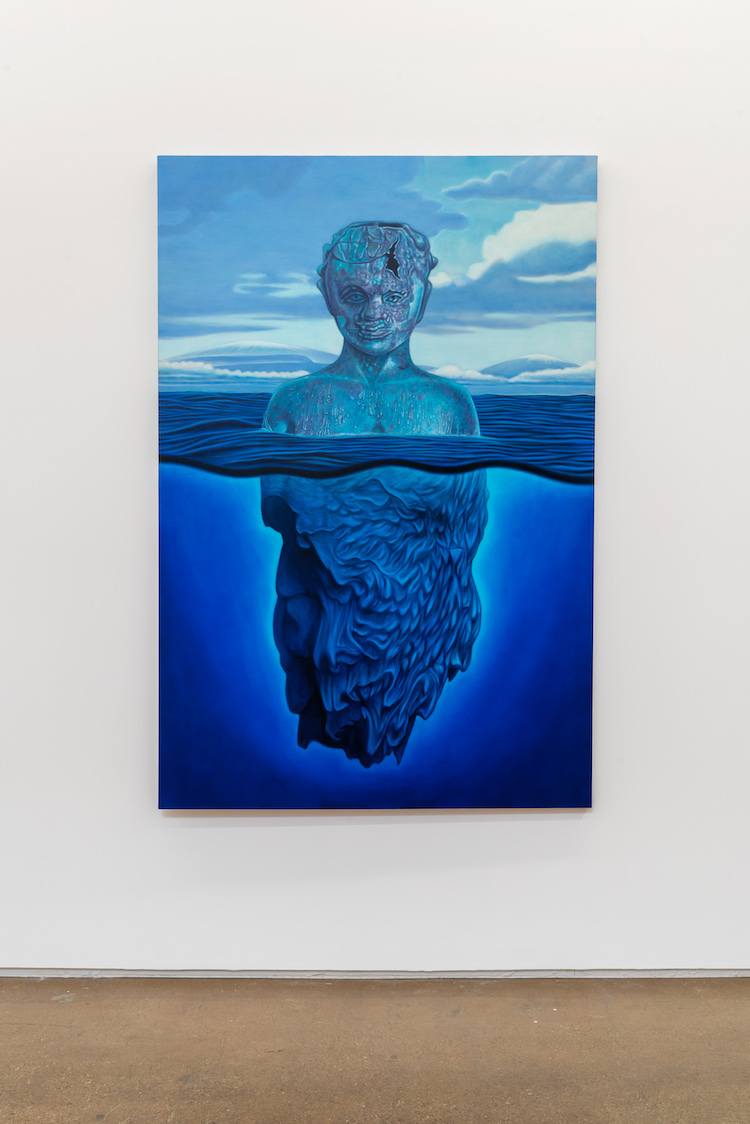 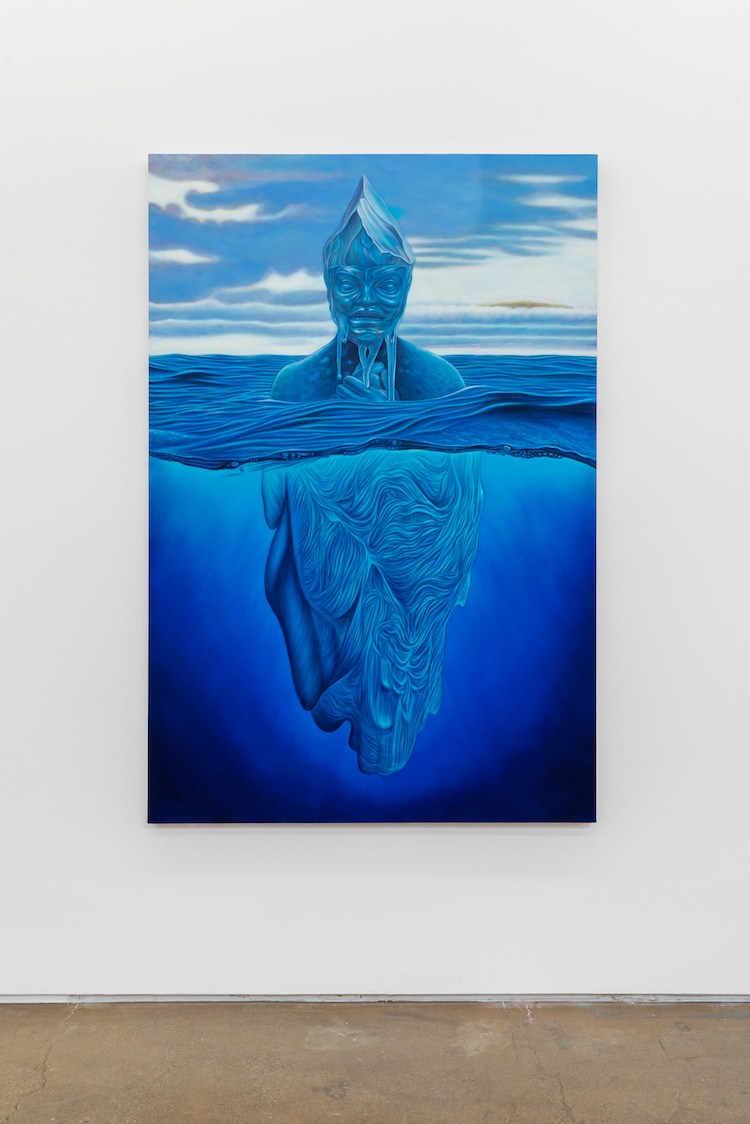 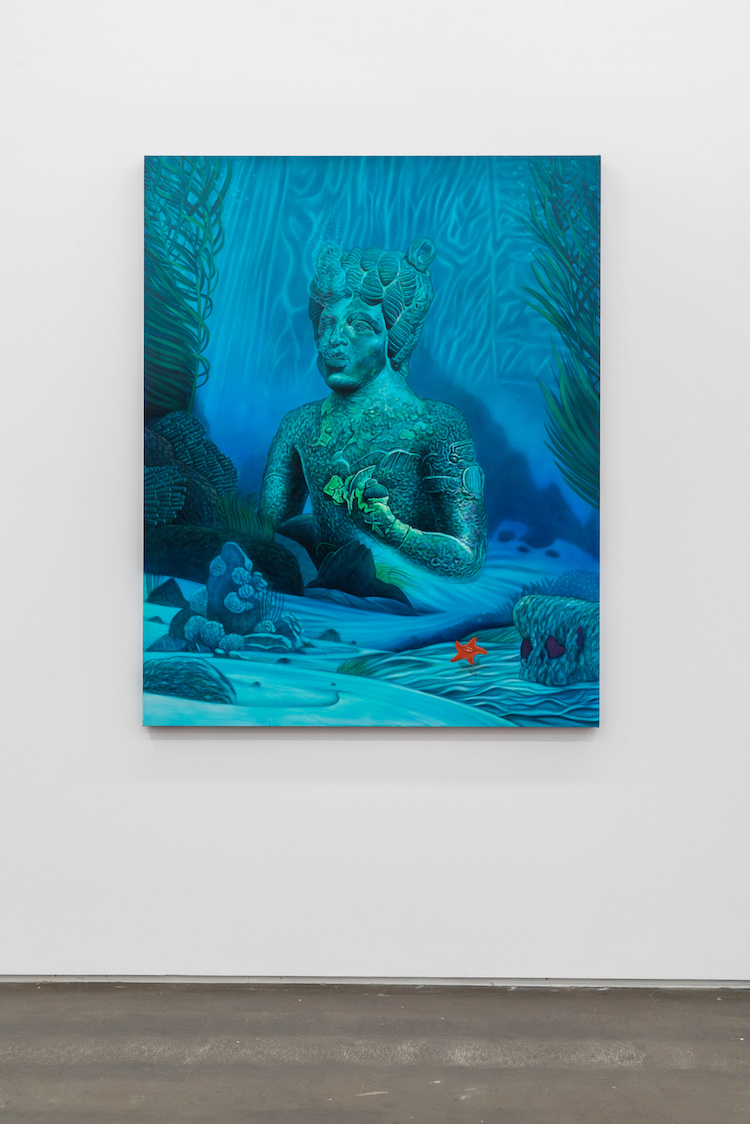 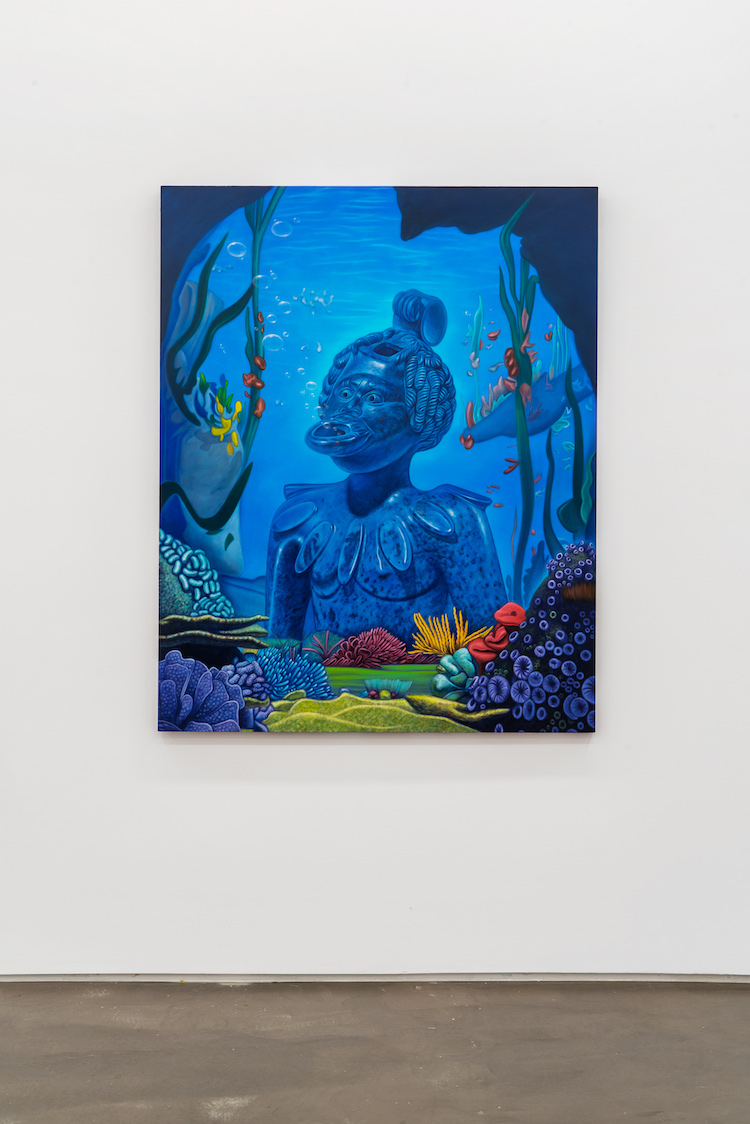 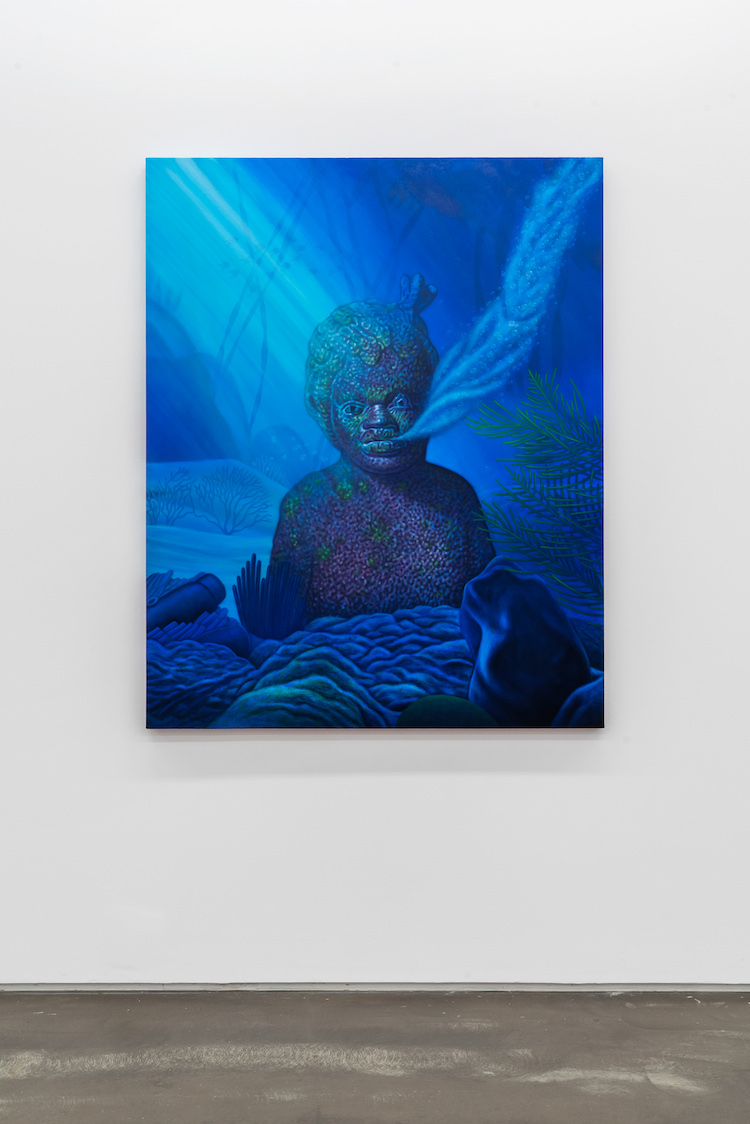 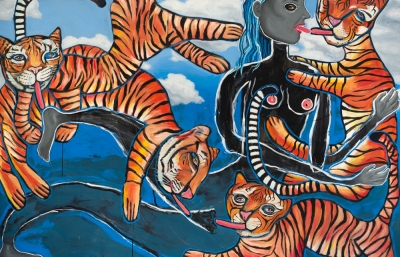 moniquemeloche is proud to present Kajahl: Submerisa, the artist’s second solo exhibition at the gallery.

"My new studio overlooks the Monterey Bay, CA––its beauty, tranquility, and mystery has had an influence on my work. As entities have left palatial settings and interior spaces, they such as me have found themselves surrounded by the natural world. In Submersia, I’ve created an ecosystem where artifacts from the Greco-Roman era are reanimated through oil paint as 'Iceberg Entities' and 'Oceandwellers.' Aethiops, “blazed faced” as they were referred to in ancient text, are repurposed in the form of bronze, glass and terra-cotta objects known as balsamarium, oinochoe and rython vases. Such objects served a utilitarian function while simultaneously being found to depict individuals possessing phenotypes typically associated with Sub-Saharan Africa. Harkening back over two millennia, I interrogate these fascinating and controversial subjects, probing our relationship to these objects that confront us from an alien world.

"Isolated in deep water, as if a glacial island unto themselves, we are confronted with four large scale paintings depicting Iceberg Entities. Artifacts meld into thawing bodies that culminate into half man, half iceberg. Frozen, crackling ice and glacial peaks form around the heads and torso of each figure while the lower body descends into the abyss. I refer to this as 'Iceberg History,' rendering visible waterlines to serve as a metaphor for temporal demarcation; separating the visible from the invisible world emphasizing water's ability to obscure, conceal, or reveal what was once beneath.

"Completely submerged, the aquatic Oceandwellers or Coral Kids depict illusive inhabitants of the ocean floor that make up this fictional realm. Strewn across the foreground are large rocks, algae mollusks, and ocean flora typical of a marine jungle. In the distance we can make out coral vestiges and swaying kelp suspended by the ocean current. Occupying these underwater terrains, the figures gaze directly at us depicted in high clarity, as if aware of our presence. Plumes of air bubbles exaggerate each figure's exhaling breath, reinforcing the notion that each being is sentient. Exposed to the elements, salt water has oxidized a patina, creating a pallet of turquoise and violet hues of skin tones. Thicker applications of oil paint capture the rough materiality of each figure's body created by exposure to salty erosion, while multiple layers of thin, transparent oil paint allow the illusion of ethereal underwater atmospheric effects, lending to a believable sense of dimensionality within each picture." —Kajahl