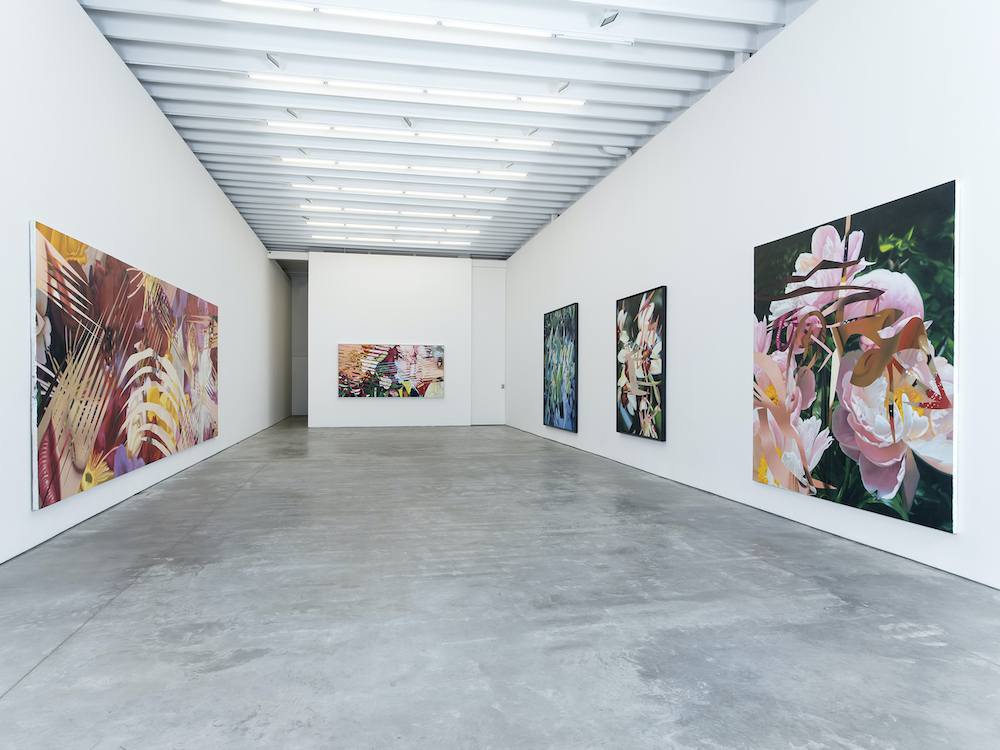 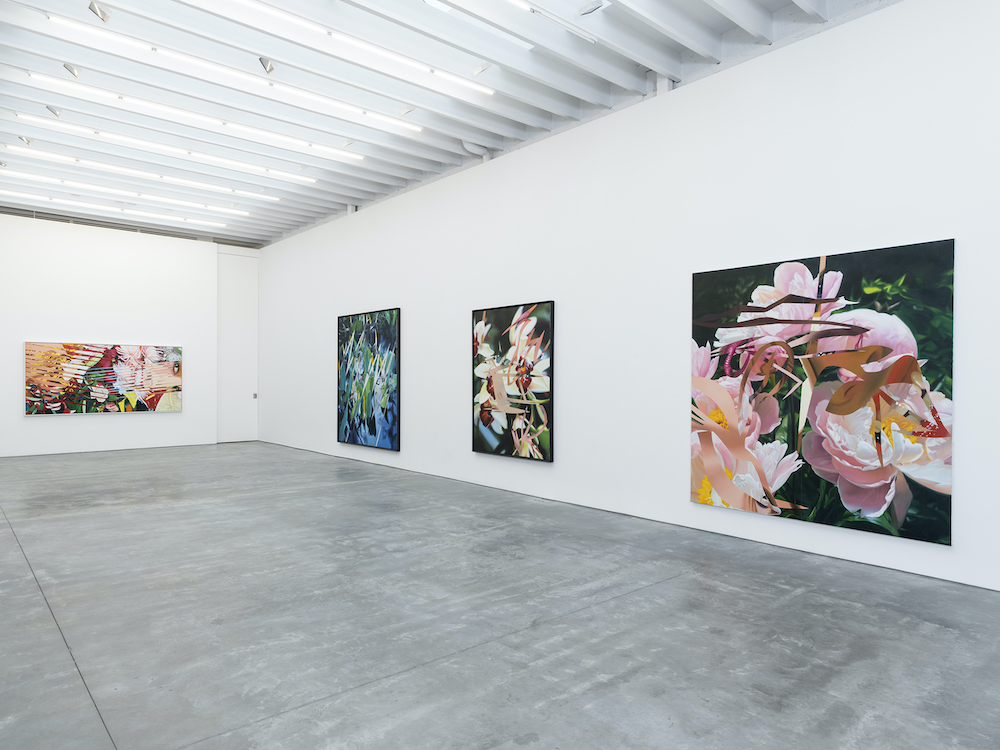 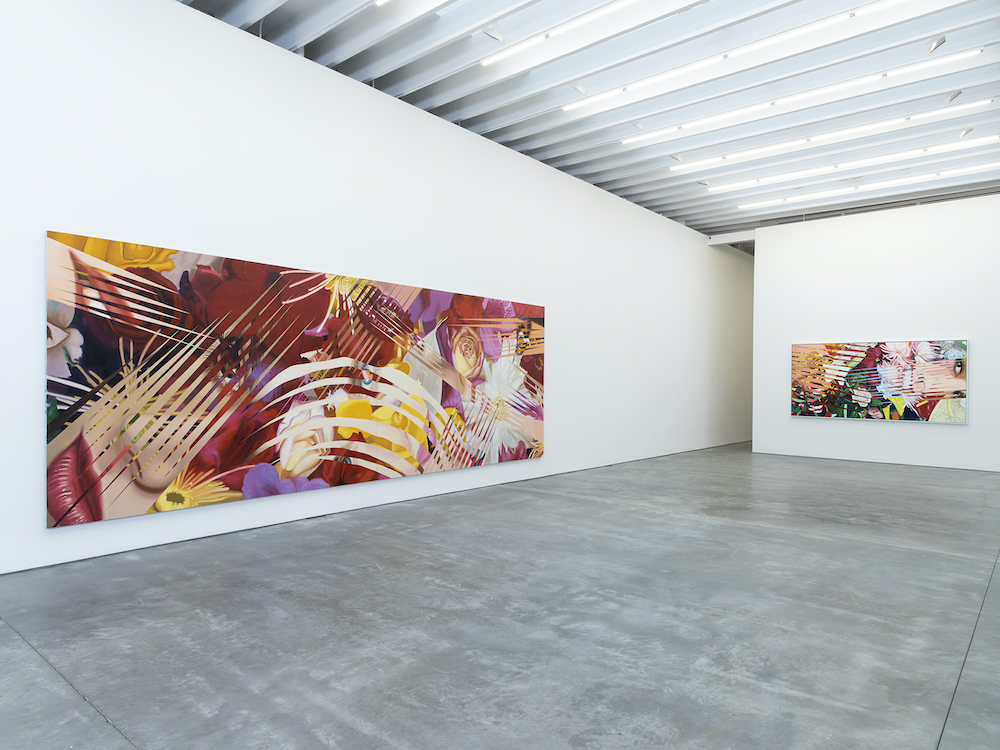 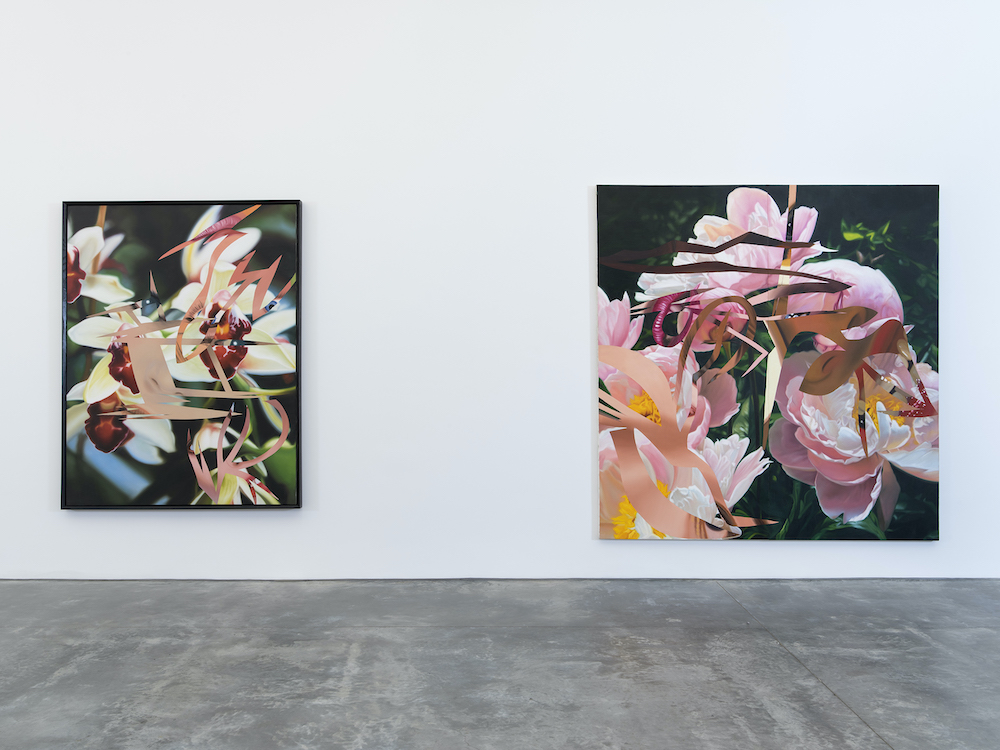 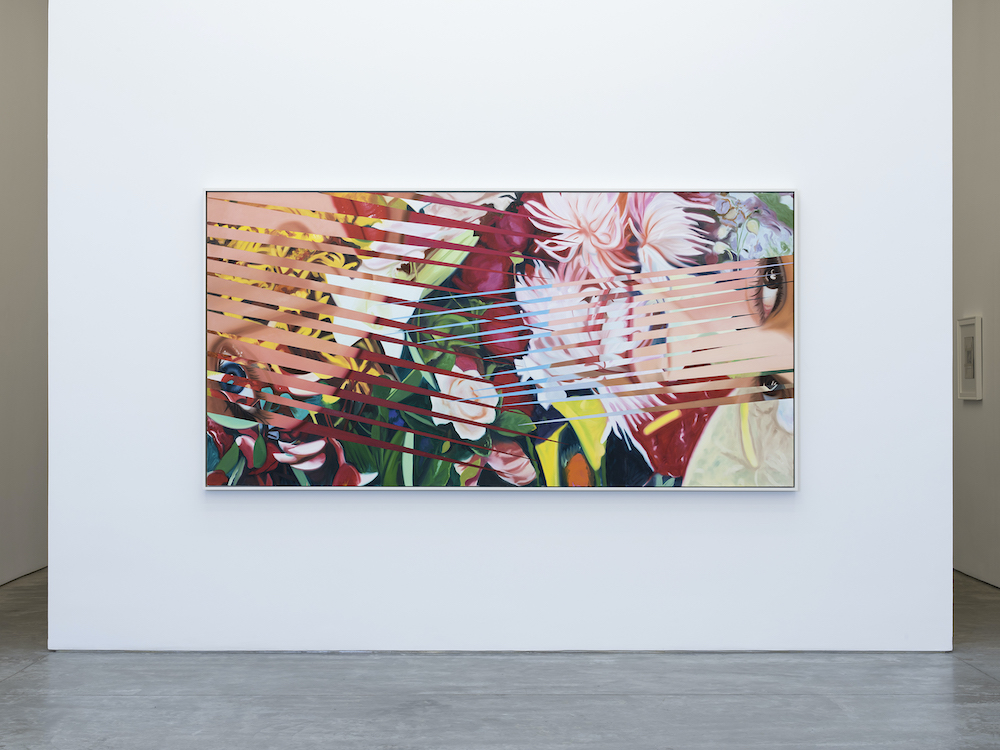 Ross + Kramer is pleased to announce the opening of Flowers, an exhibition by James Rosenquist. The exhibition will run through April 17, 2021. The gallery is located at 515 W 27th Street, between 10th and 11th Avenues.

Flowers focuses on paintings that James Rosenquist made in the 1980s featuring floral imagery and women’s faces. A leading figure of Pop Art, Rosenquist’s work had typically consisted of radical juxtapositions of familiar images culled from the world of commercial advertising. His work in the 1980s builds upon these early innovations, but is inflected with the personal. Both a move of his studio to Aripeka, Florida and his acquisition of the relatively technologically advanced color photocopier shifted the form and content of his work.

In these paintings faces of women are revealed in shards through dominant images of flowers. It has been widely noted that the interlocking forms of these paintings is a riff on the palm fronds in his garden as well as other organic forms from his tropical surroundings. Rosenquist used the photocopier to experiment with the scale of his source materials, then physically cut images and overlaid them before running them through the photocopier again to use as studies for his paintings.

Whereas previous bodies of work had presented dueling or dissonant images side by side, here Rosenquist painted images as ruptures in the picture plane suggesting a heightened tension between the natural world and that which is man-made and cultural. Females and Flowers (1984), hanging on the back wall of the gallery, the sister painting of Flowers, Fish and Females for the Four Seasons (1984) commissioned for the Fours Seasons Restaurant in New York and then gifted to the Metropolitan Museum of Art, synthesizes these tensions, pitting lush tropical flowers against the smiling faces of beautiful women seemingly pulled from cosmetic advertisements.