Interview: Craig Kucia is Looking Out Windows in London

It's hard to think of representational figurative art, one often resorting to trompe l'oeil technique, to be minimalist work. But starting from the premise that repetition is an important element of minimalism (in music at least), Craig Kucia's conceptual approach to developing his practice through repetition might just put his entire oeuvre in that corner of the chart. After exploring the recurring image of a sperm whale emerging from an ocean horizon in the past two years or so, the LA-based artist's current solo show Windows, now on view at Taymour Grahne Projects, is exploring the classical image of a window.

We last got in touch with Kucia at the beginning of the pandemic, just as he was finalizing work for his solo show at The Pit in LA. Being fans of the way he's using the motif as a template within which he can explore different techniques and aesthetics, we were excited to see him transfer this concept onto new imagery. Equally, if not even more successfully, as the windows series feels more limiting, provides less to work with, but seems to be allowing for more to invent and experiment with. And it feels like the artist is fully utilizing this setup when looking at the works varying from a bright stary night view all the way to gravity-defying objects crossing between perspectives.

It's this optical illusion created between the "inside" and the "outside", the familiarity of how windows work and what we're actually seeing, that makes this series so captivating and perplexing. Especially when presenting them scattered across the gallery's 3 rooms and placing them in dialogue with the existing architectural elements. Casually blurring that firm border between representation and fantasy, these appealing images and the entire presentation tend to short-circuit our mental systems with their simple conceptualization and a lush painterly approach to realization. So, once again we got in touch with Kucia and had a little chat about the windows and the whales, about times we live in, and the way that traditional painting can make us think outside the... well, window. 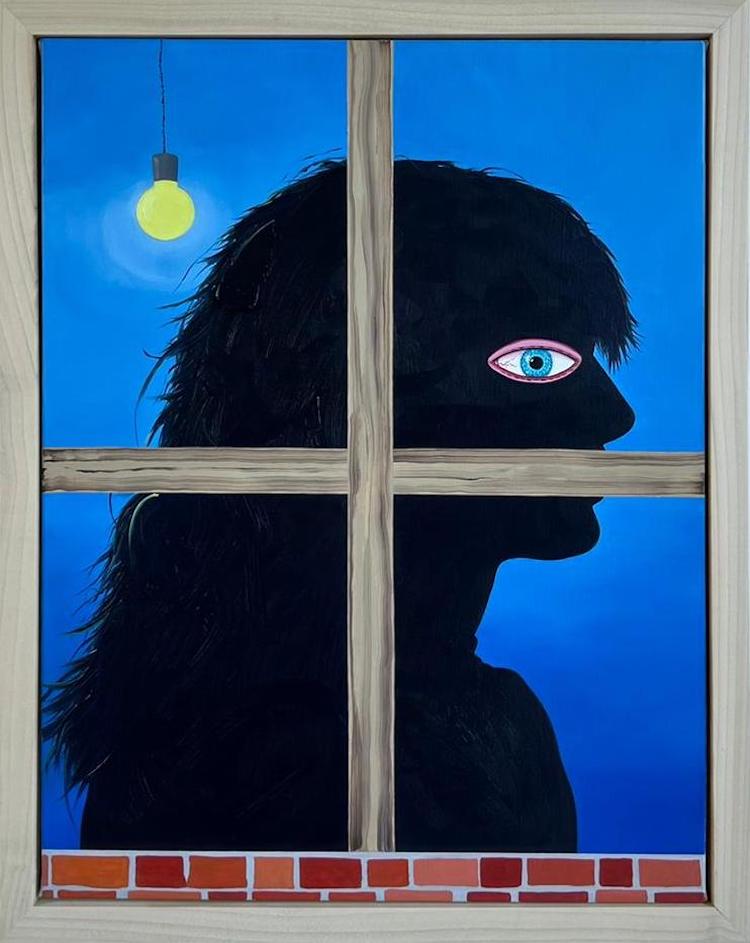 Sasha Bogojev: Are these works connected with the Whale series in any way?
Craig Kucia: They are connected to the whales, like the other series and really all my work, in that I want to embrace the divide between what the work looks like it’s about, and what I say it’s about, and what a viewer might think it’s about. The whale series was really about my experience growing up working class and what it’s like to come from that background, and ultimately, how that plays in today’s art world. By the same token, I wanted the windows to feel sort of equal - that it could be anyone looking out anywhere, without concrete touchstones to signify time or place or affluence.

So the windows we're looking through are not meant to be the rendition of a window that is meant to exist somewhere?
The whales, too, were more about our cultural *idea* of whales than of an actual representation of whales. I want the windows to also feel kind of abstract and removed from actual windows. I don’t want to trick you into thinking you recognize something you don’t, but I want you to think about what it is you think you recognize.

So, where is the concept of Windows work coming from and what do these views symbolize for you?
I’ve always been fascinated with the Renaissance idea that painting is a window into the world and a medium that can blur the boundaries between the real and imagined. The idea of a painted window creates an uncanny familiarity, like a stage set, but also literally provides a really useful framework to play with the landscape tradition. 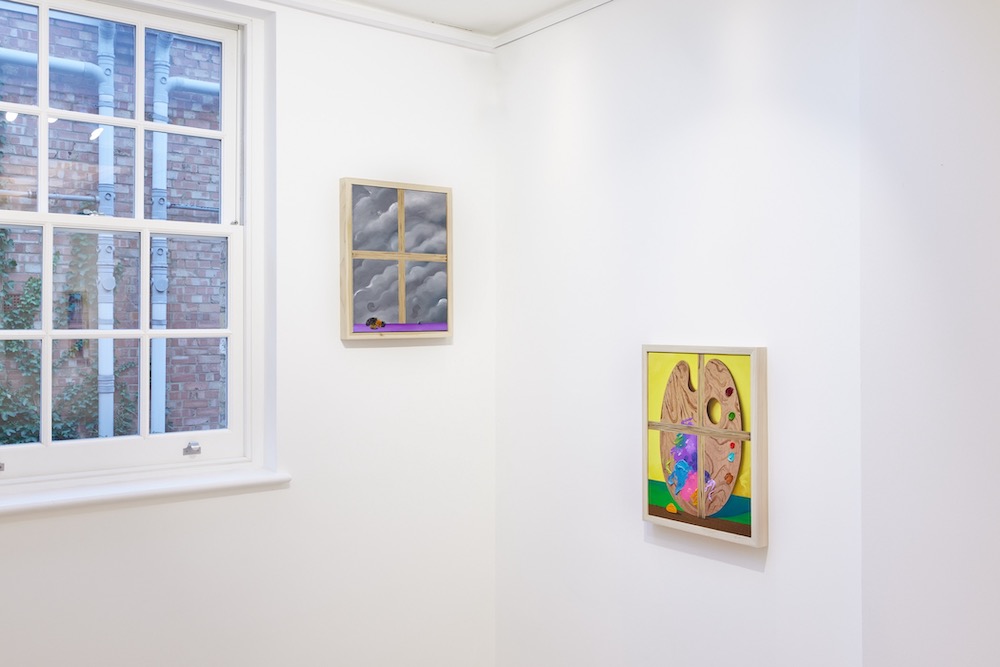 Is there any reason why you've decided to work with this format at this moment in time?
Trompe l’oeil elements and painted crossbars are balanced by a physical real-life wooden frame that borders the four exterior sides of the canvas. In a year that we’ve all spent a lot of time inside looking out, but also with a lot of time to sit with memories or grief, I’m interested in that nostalgic interplay between what’s conceptually constructed and what’s real and tangible.

What draws you towards such trompe l’oeil technique and what are some of the elements/effects/ambiances that you enjoyed creating or utilizing?
I think some of it is just playing with paint and seeing what I can do. There’s also such a rage for naive painting now, but also the old criticism of “my kid could do that.” I think I’m deliberately combining ideas or memories that feel childlike with something that is very technical and painterly. But I also like that something trompe l’oeil actually has the opposite effect: it draws attention to the fact that the painting is just a facsimile, an object, and not at all what it’s pretending to be.

Windows will be on view at Taymour Grahne in London through February 19, 2022